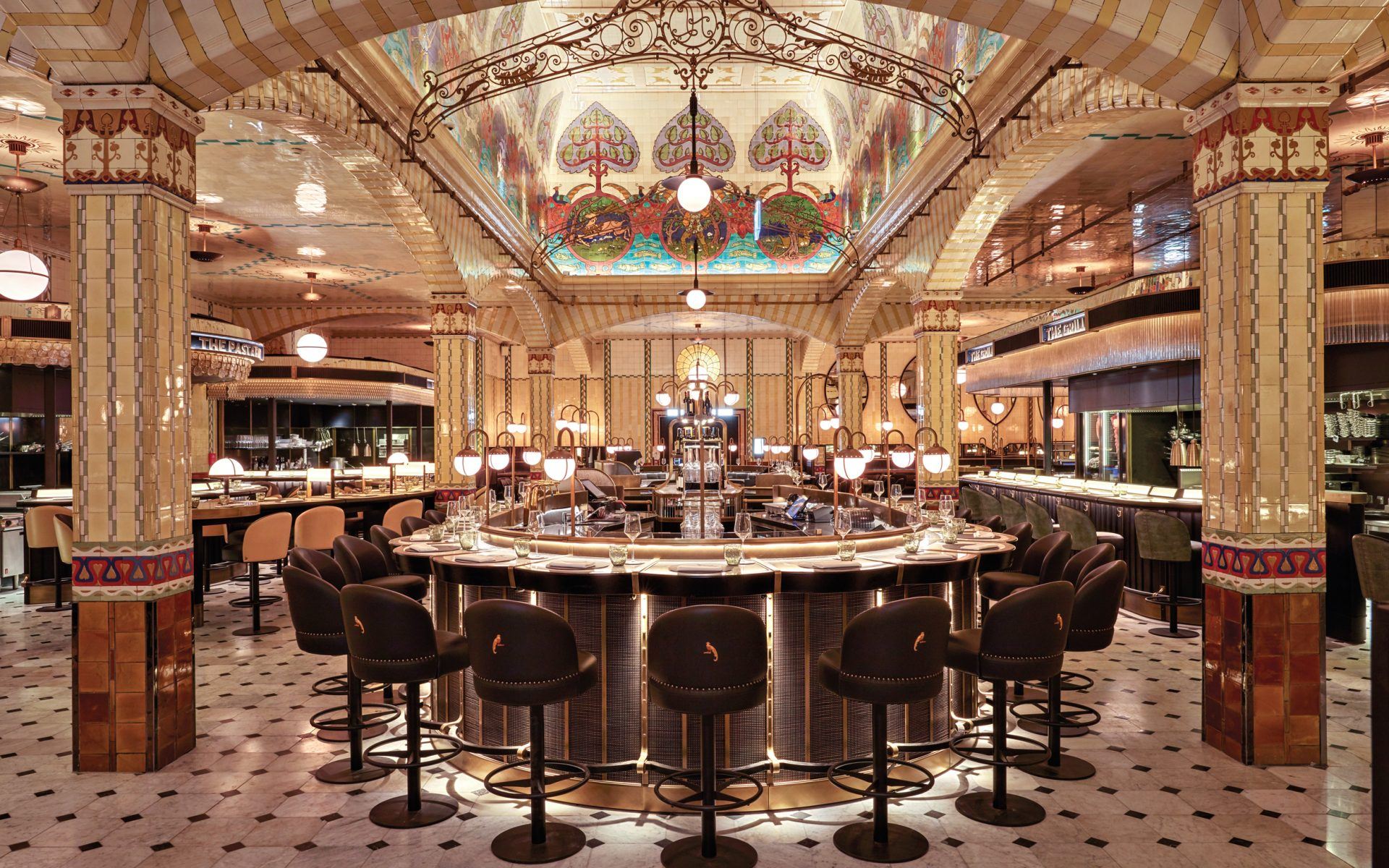 Look for Pussy Riot (2015) by Chitra Ganesh at Frieze London. Photo: Courtesy of the artist and Gallery Wendi Norris

As the birthplace of Pop Art, punk, and the YBA movement, London remains a constant on the art forefront. This year promises to be no different, as a number of can’t-miss art fairs and exhibitions are slated for fall.

For leading 20th-century design and decorative art blended smartly with visual art and photography, PAD (September 30 to October 6) is among the best. Look for Chahan Minassian’s astounding collaboration with Colnaghi and a compelling group show at South African gallery Southern Guild. Frieze London and Frieze Masters take the stage from October 3 to 6. Featuring over 160 galleries from across the globe, Frieze London will introduce Woven, a new themed section presenting artists working in textiles and weaving. At Frieze Masters, look for solo presentations by Rachel Whiteread, Susan Hiller, and Nam June Paik. Rounding out the weekend, the 1-54 Contemporary African Art Fair at Somerset House presents solo shows by Ibrahim El-Salahi, Mohau Modisakeng, and Chourouk Hriech. François Cante-Pacos’s Cyclade cabinet from Yves Gastou Gallery will be on view at PAD London. Photo: Courtesy of Yves Gastou Significant museum shows pack the months of September and October. Not to be missed are “Tim Walker: Wonderful Things” at the Victoria and Albert Museum, opening on September 21, and Elizabeth Peyton’s celebrity portraits at the National Portrait Gallery from October 3 to January 5, 2020. Artist Kara Walker unveils her site-specific work for Tate Modern’s annual Hyundai Commission (October 2 to April 5, 2020), and the Zabludowicz Collection unfurls a new video commission by American artist Shana Moulton. Also be sure to catch Japanese architect Junya Ishigami’s layered slate canopy Serpentine Pavilion, inspired by roofs seen around the world, before it closes on October 6. The Empress Eugenie Suite at Claridge’s. Photo: Courtesy of Claridge's

A destination for the royal family since the 1860s, Claridge’s has unveiled the Empress Eugenie Suite, which is embellished with luxurious Art Deco details and Victorian elements fit for a queen.

A version of this article first appeared in print in our 2019 Fall issue in the section The Artful Life. Subscribe to the magazine.