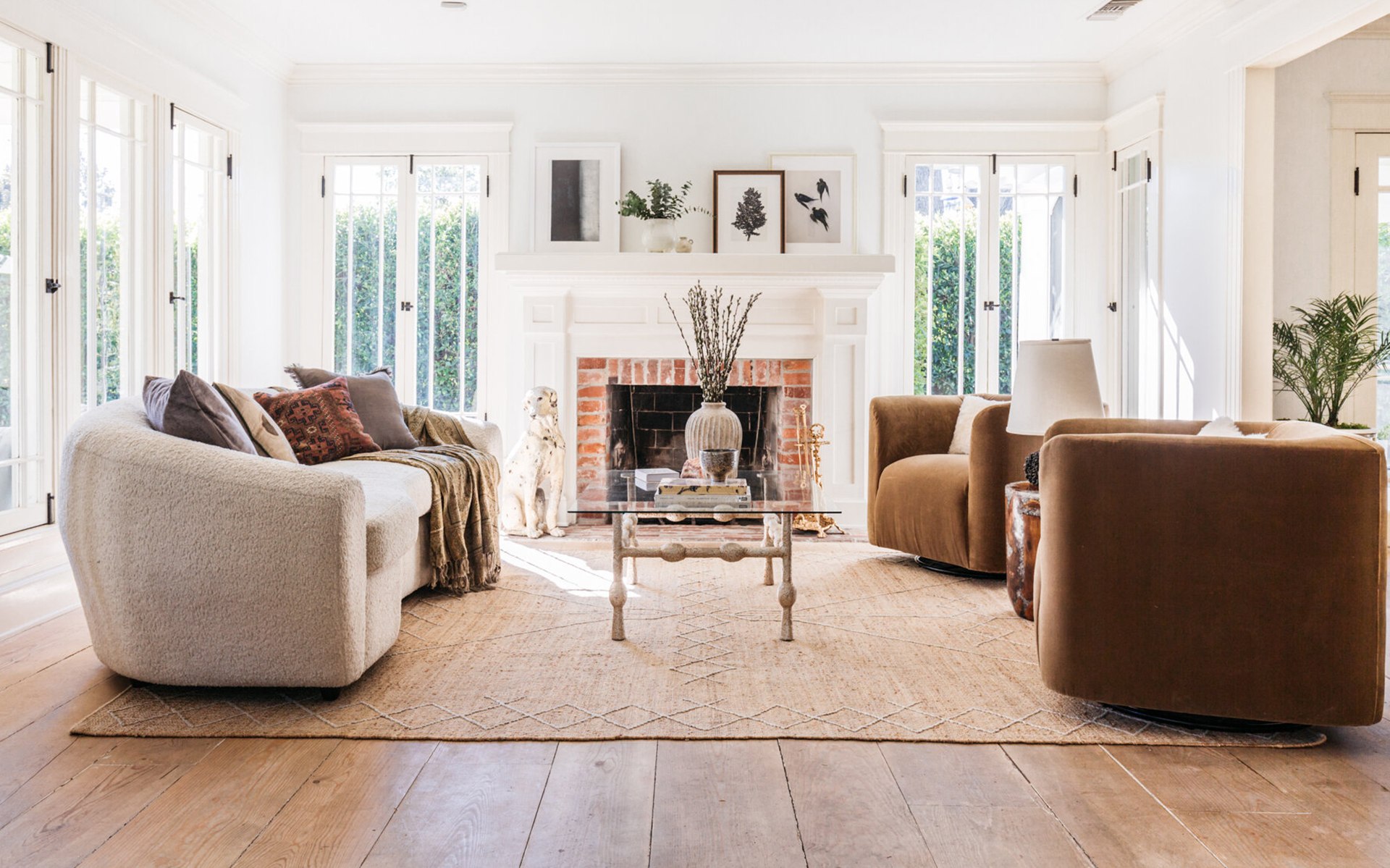 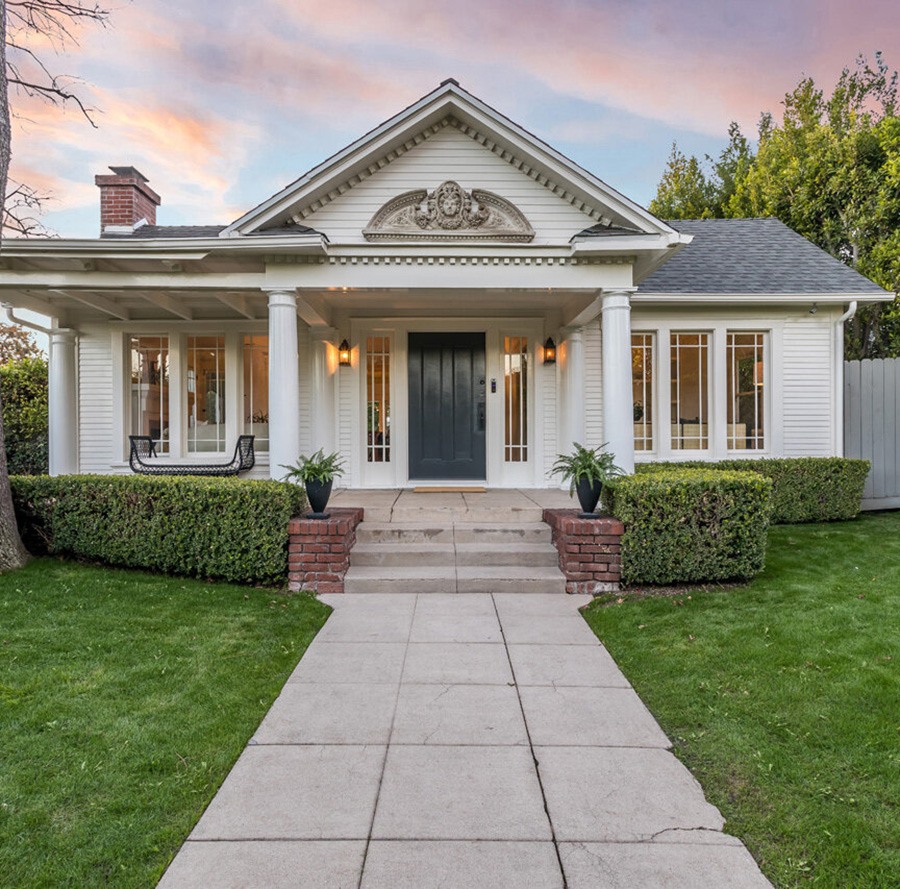 Emmy-nominated actress Lena Dunham is parting with her quintessential Los Angeles compound for $2.8 million. Comprised of a 1919 Greek Revival–style main residence and one-bedroom guest house, the Spaulding Square property comes with a requisite outdoor pool and a Hollywood pedigree, having once been owned by Breakfast at Tiffany’s actor George Peppard, who starred opposite Audrey Hepburn in the 1961 classic.

The Girls creator is listing the swoon-worthy estate—which includes three bedrooms and totals 2,500 square feet—for a smidge higher than she paid for it in 2015. Several years after her purchase, Dunham enlisted celebrity interior designer and antiques dealer Brenda Antin to lighten up the sun-soaked interiors, which now boast Swedish wide-plank floors and beadboard coved ceilings. There are also numerous built-in pieces as well as charming original details, like the living room’s brick fireplace. 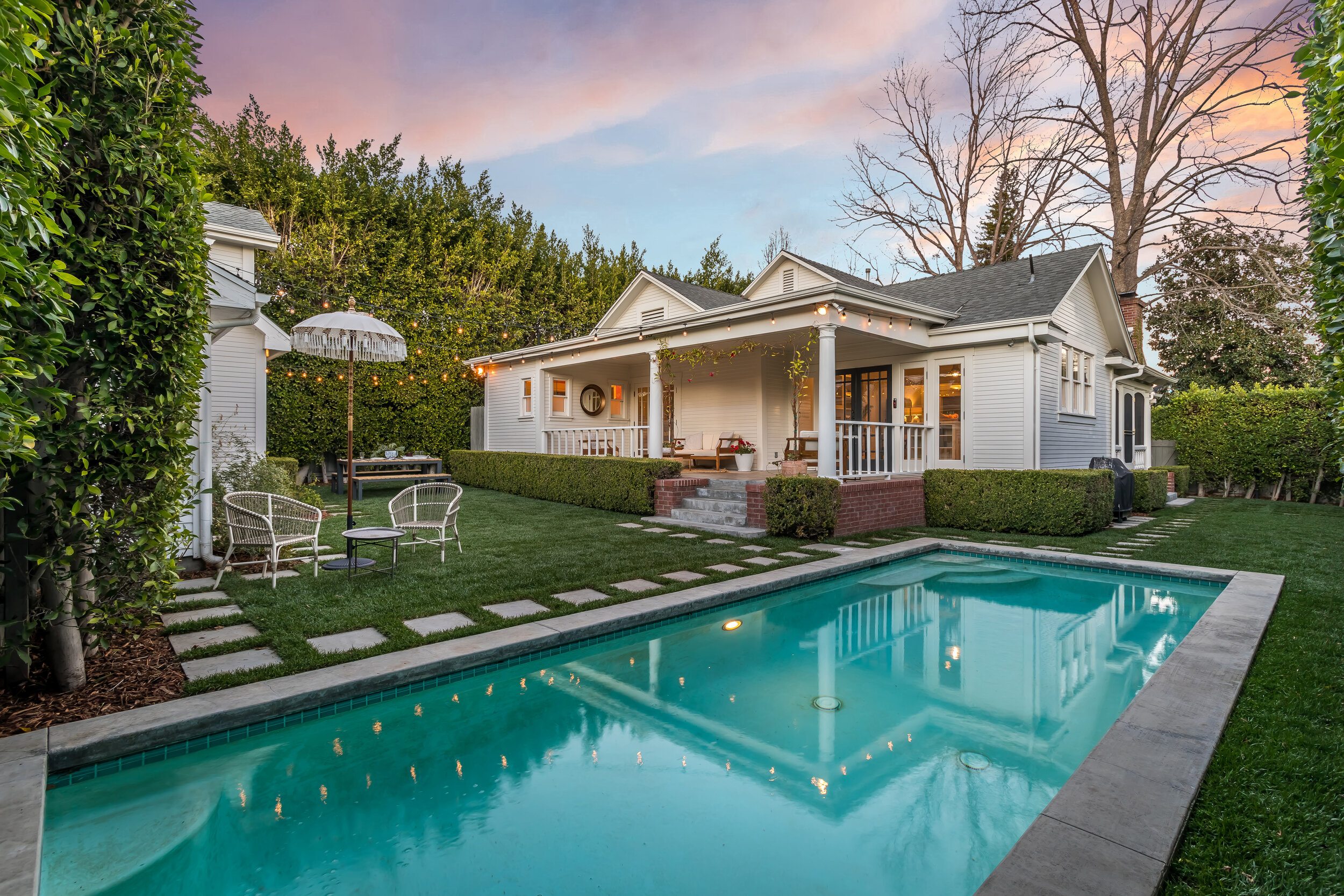 The two homes are linked by a pool court encircled by hedges. Photo: CHRISTOPHER LEE FOTO

In 2017, Dunham invited Vogue magazine to tour the home for its famous “73 Questions” YouTube series. The video showcased the formerly color-saturated interiors that had been designed by Paul Monroe, who makes a cameo in the video (and who had reportedly been living in the property’s guest house). A hint of that colorful aesthetic can still be found in places like one of the baths, which is sheathed in orange wallpaper studded with leopards. 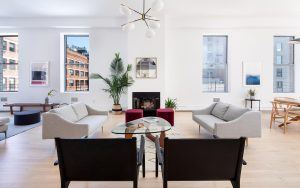 Aside from her acting credits, Dunham is know for her eclectic real estate transactions, among them a South Williamsburg loft that she never moved into and a West Village apartment she rented partly due to its proximity to her therapist. 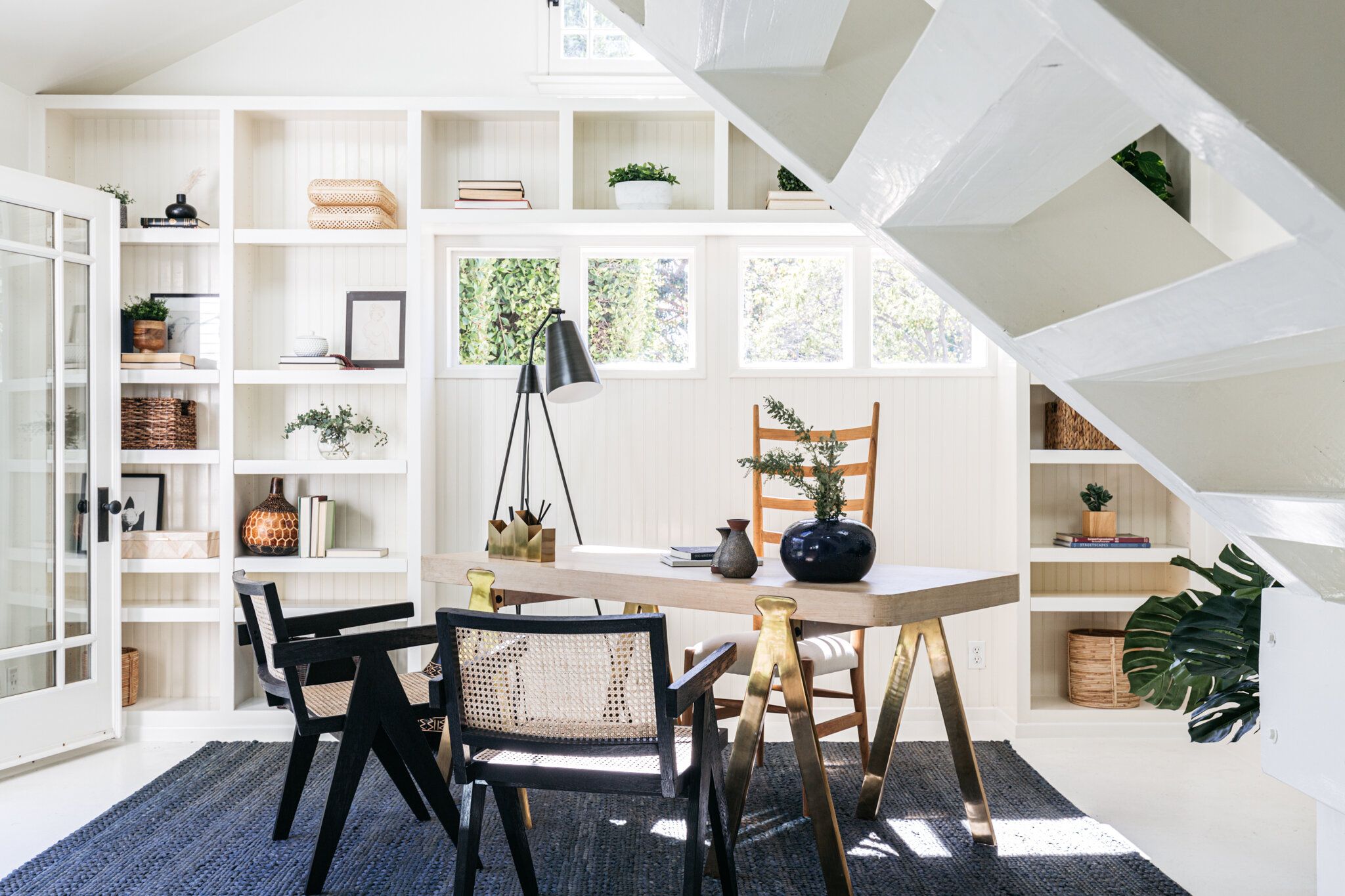 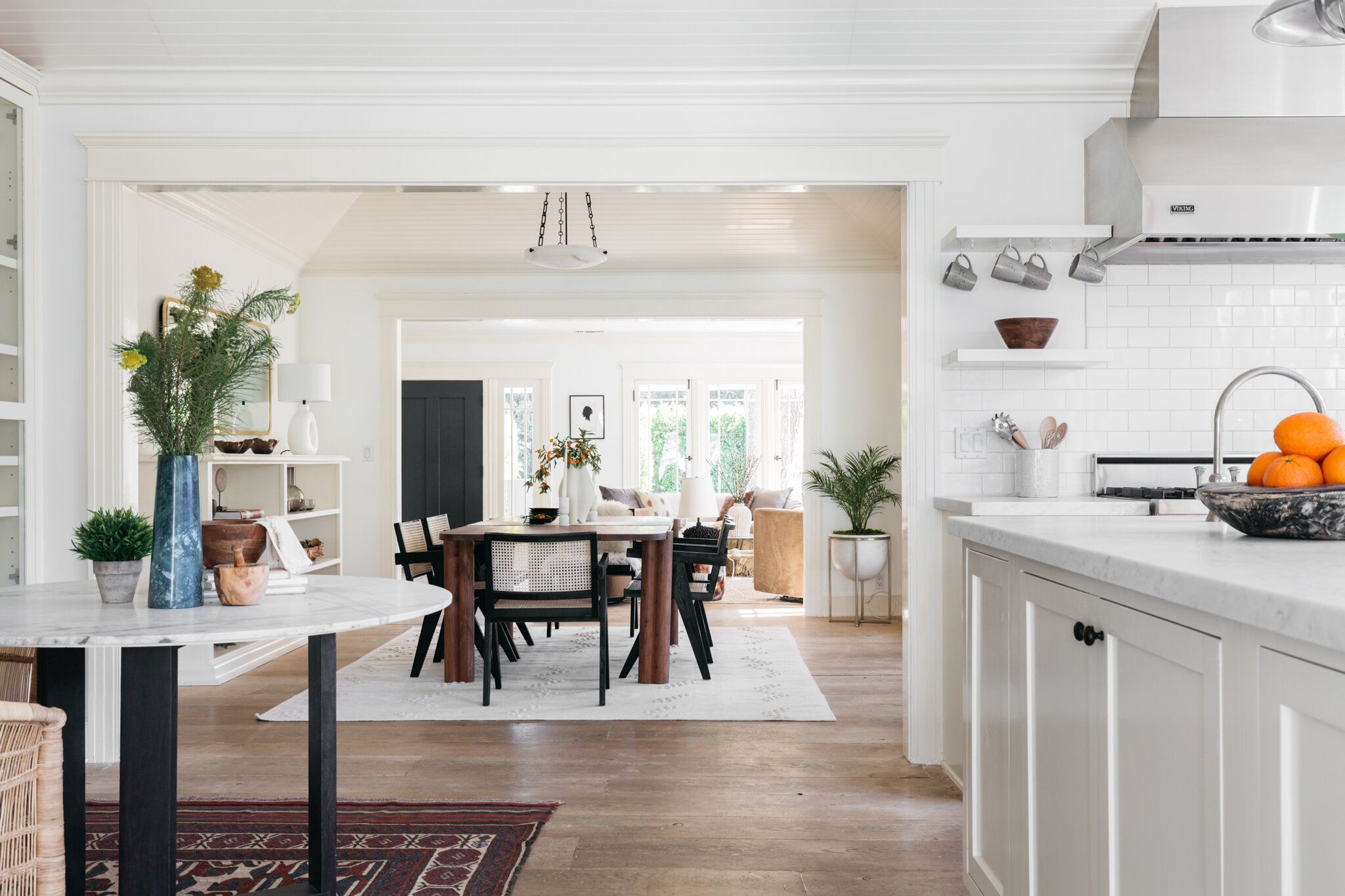 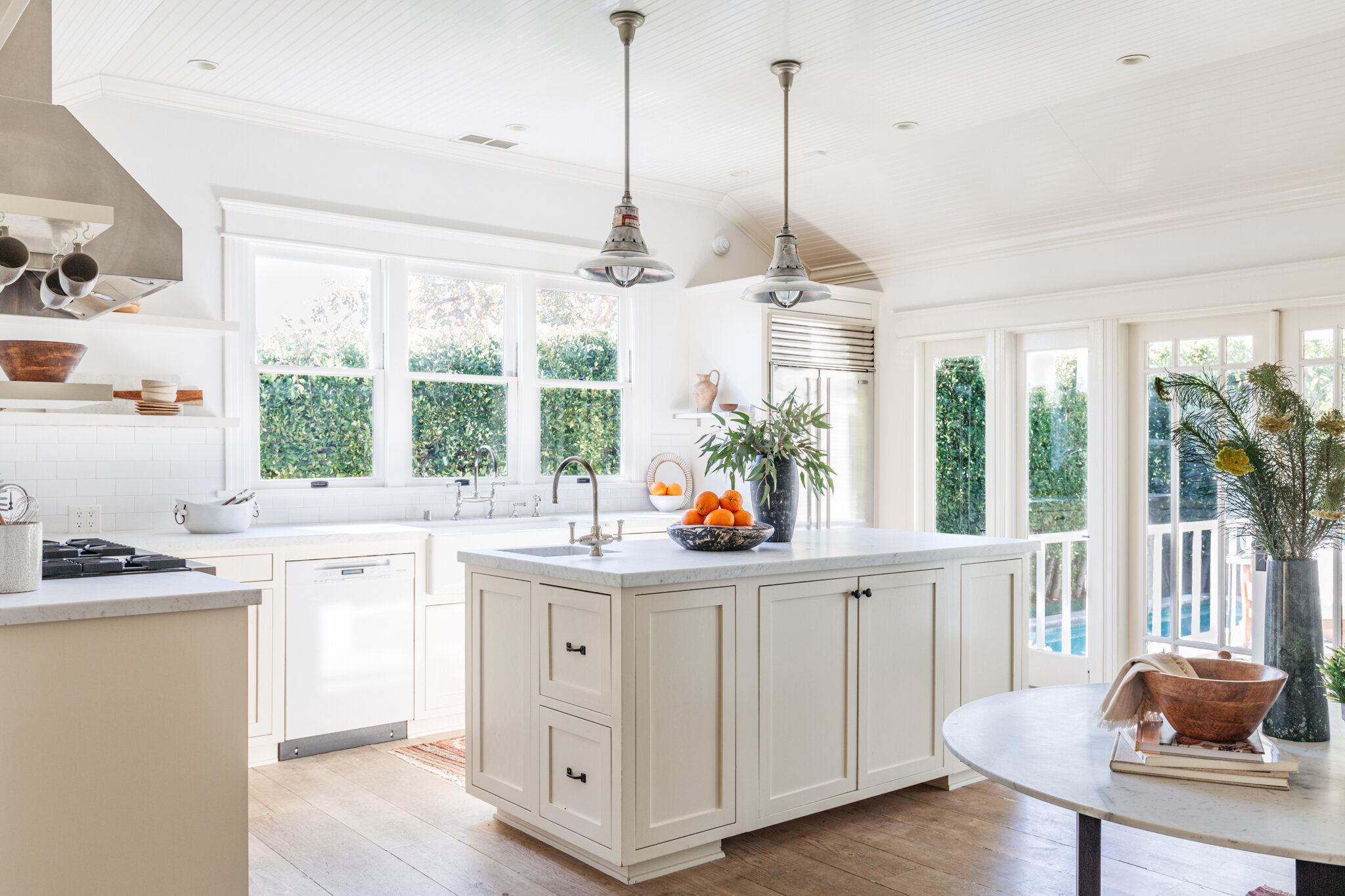 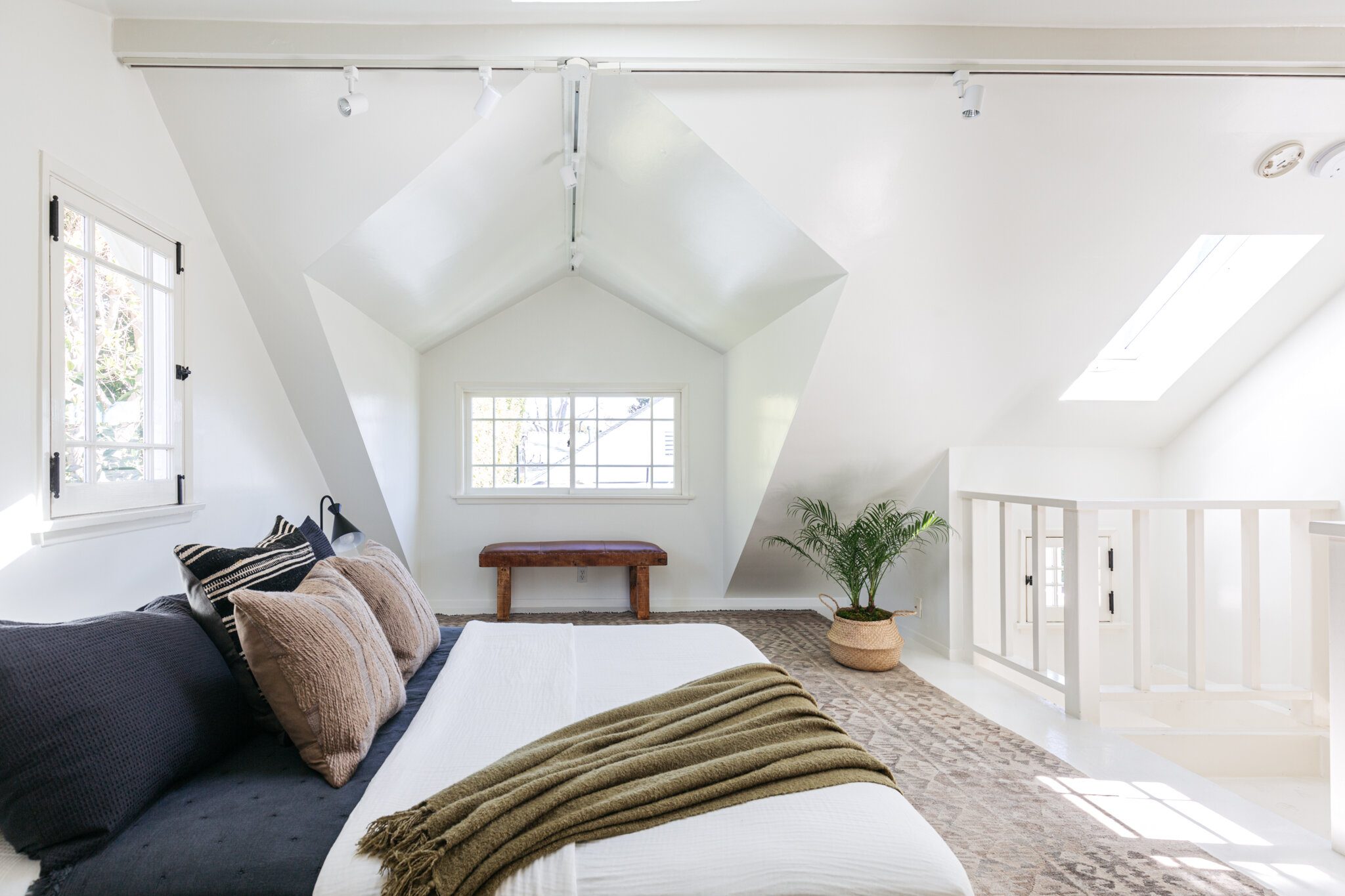 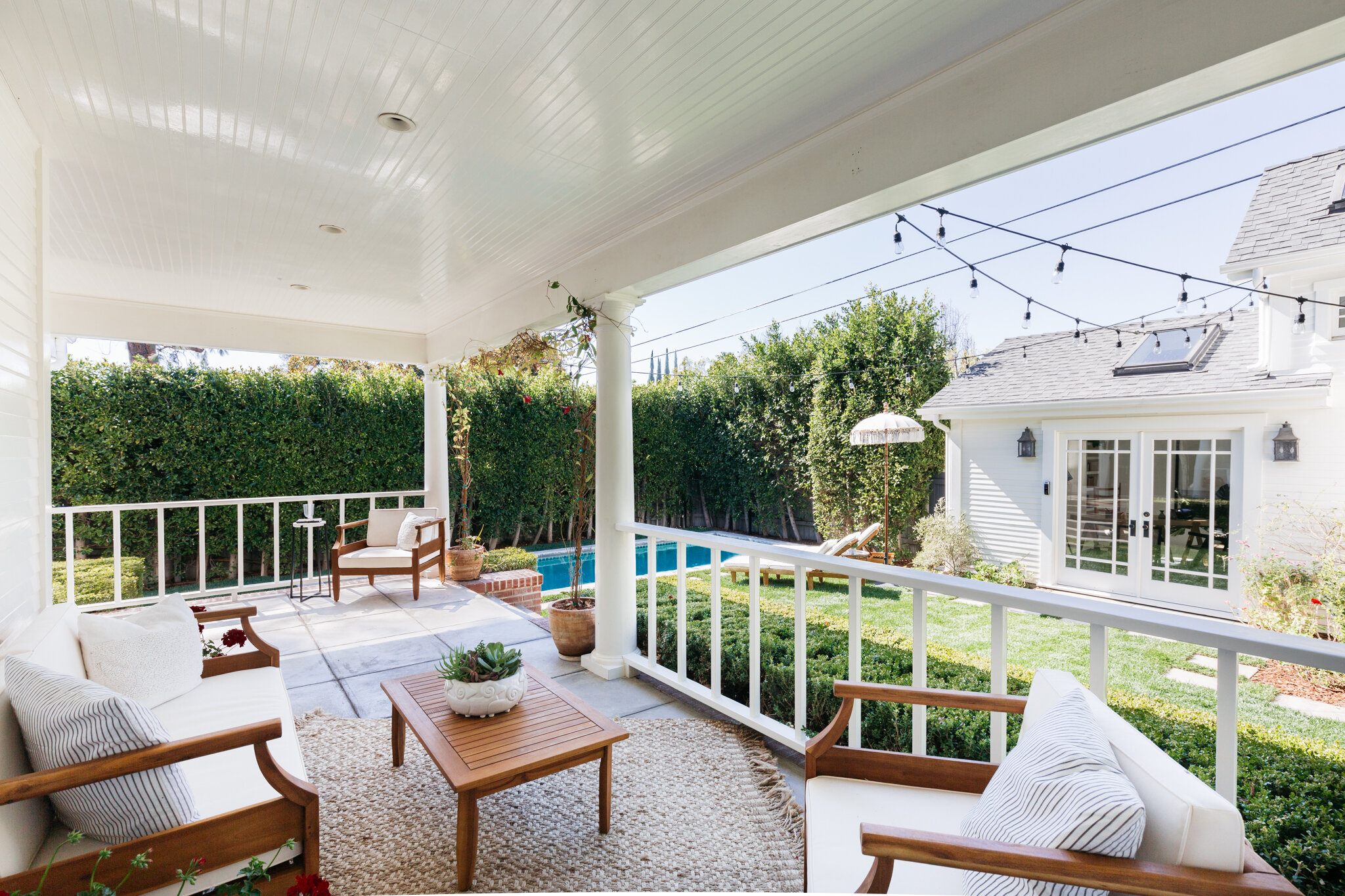 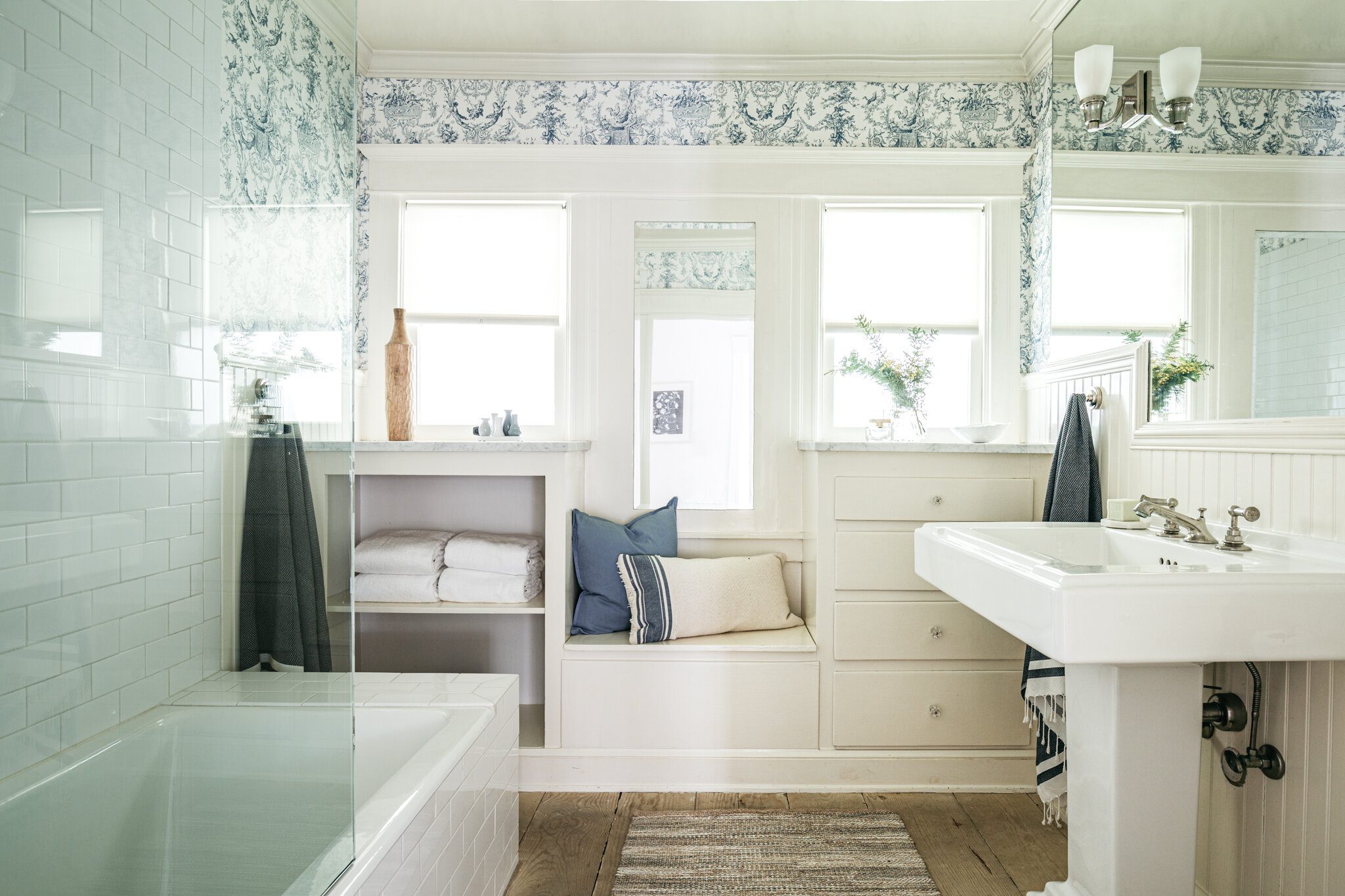 One of the baths. Photo: CHRISTOPHER LEE FOTO 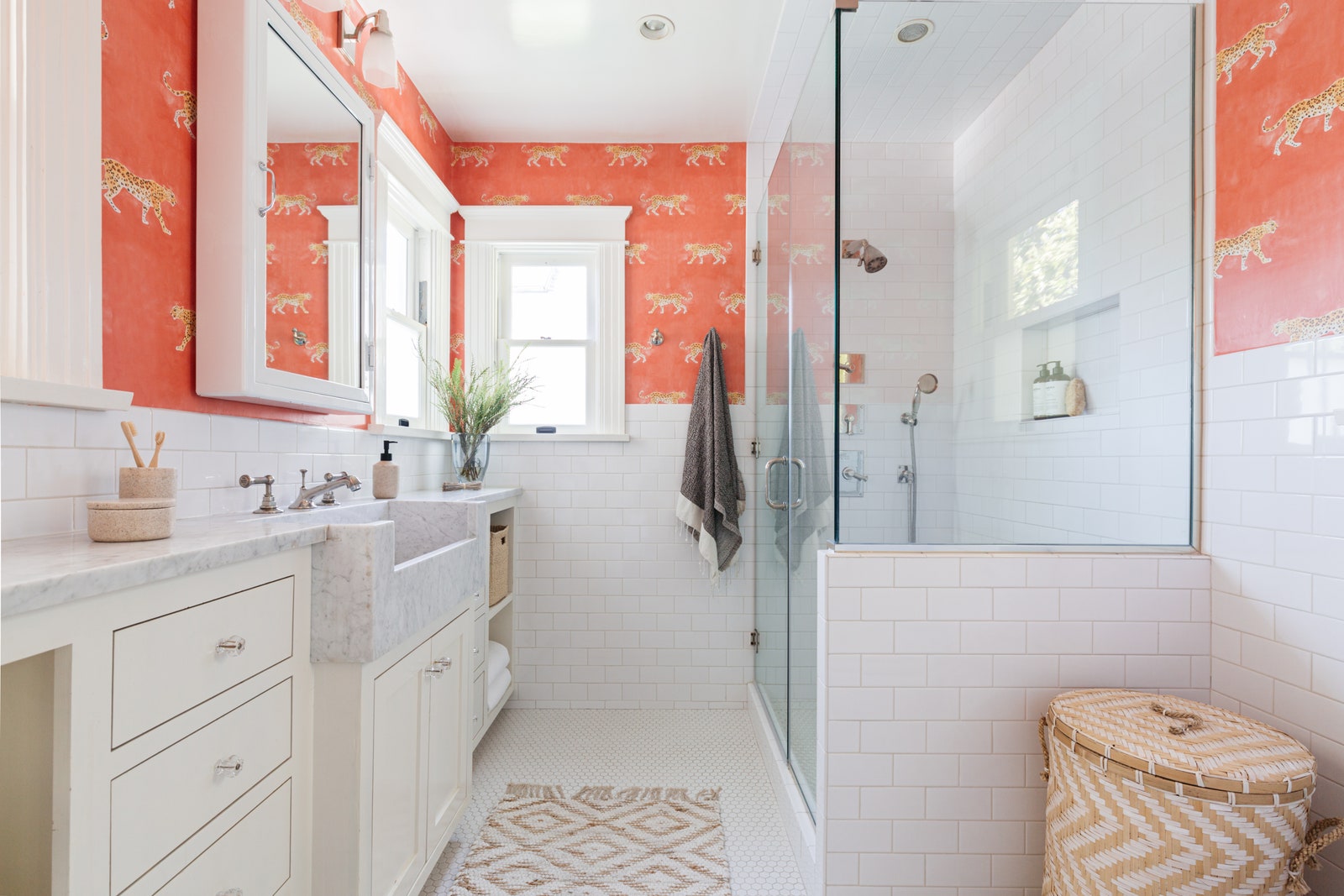 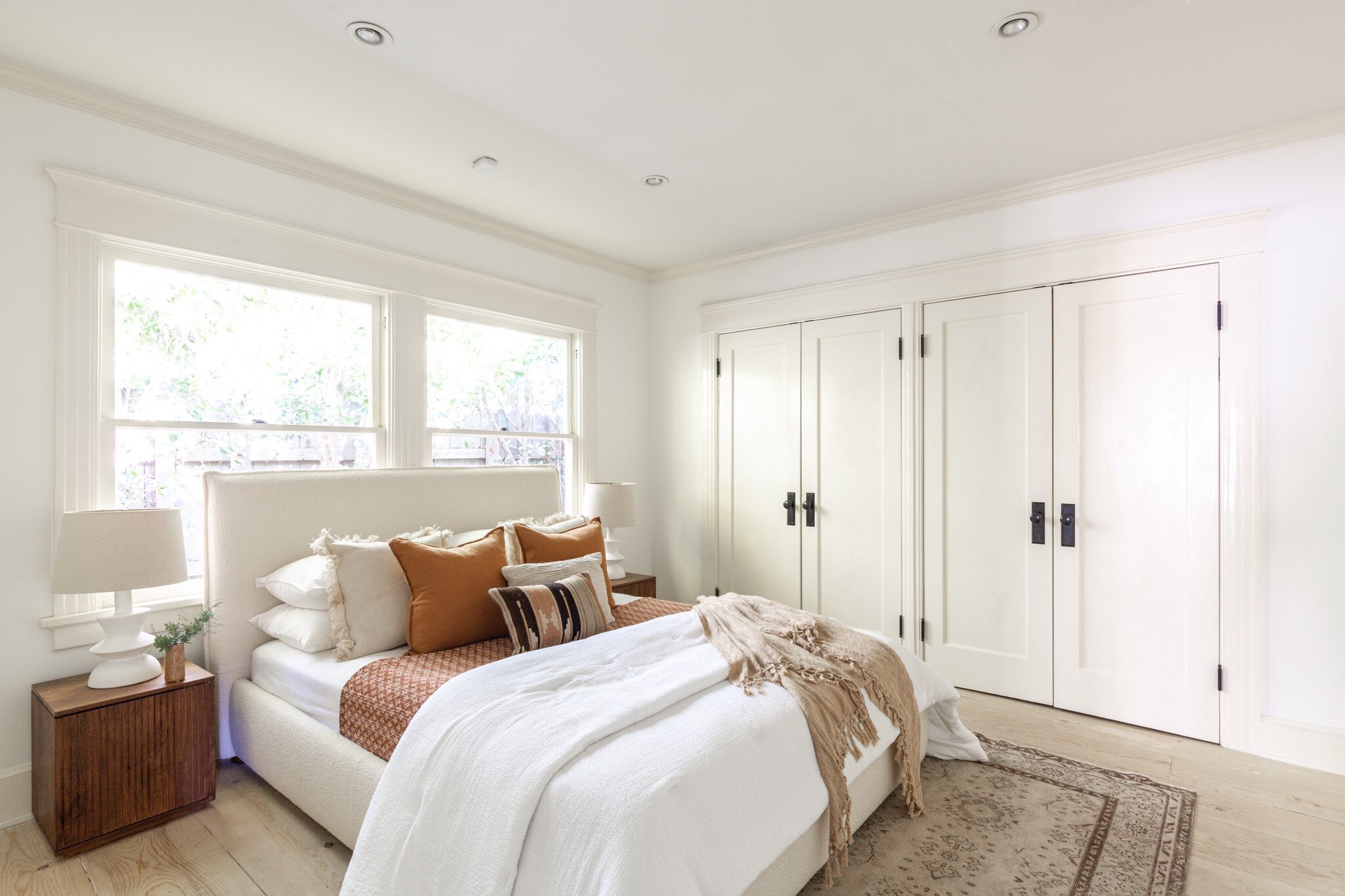 One of the bedrooms in the main house. Photo: CHRISTOPHER LEE FOTO 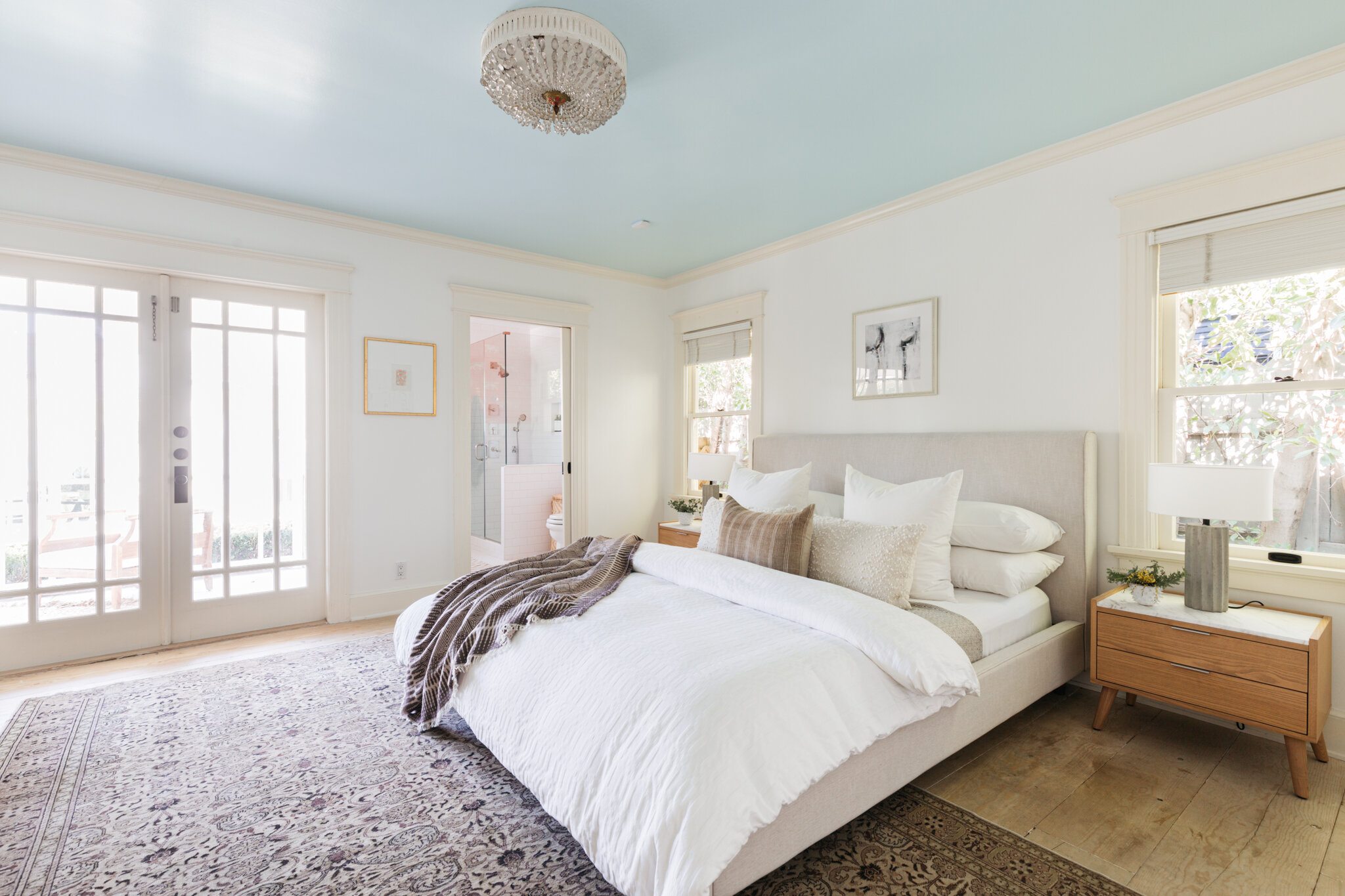 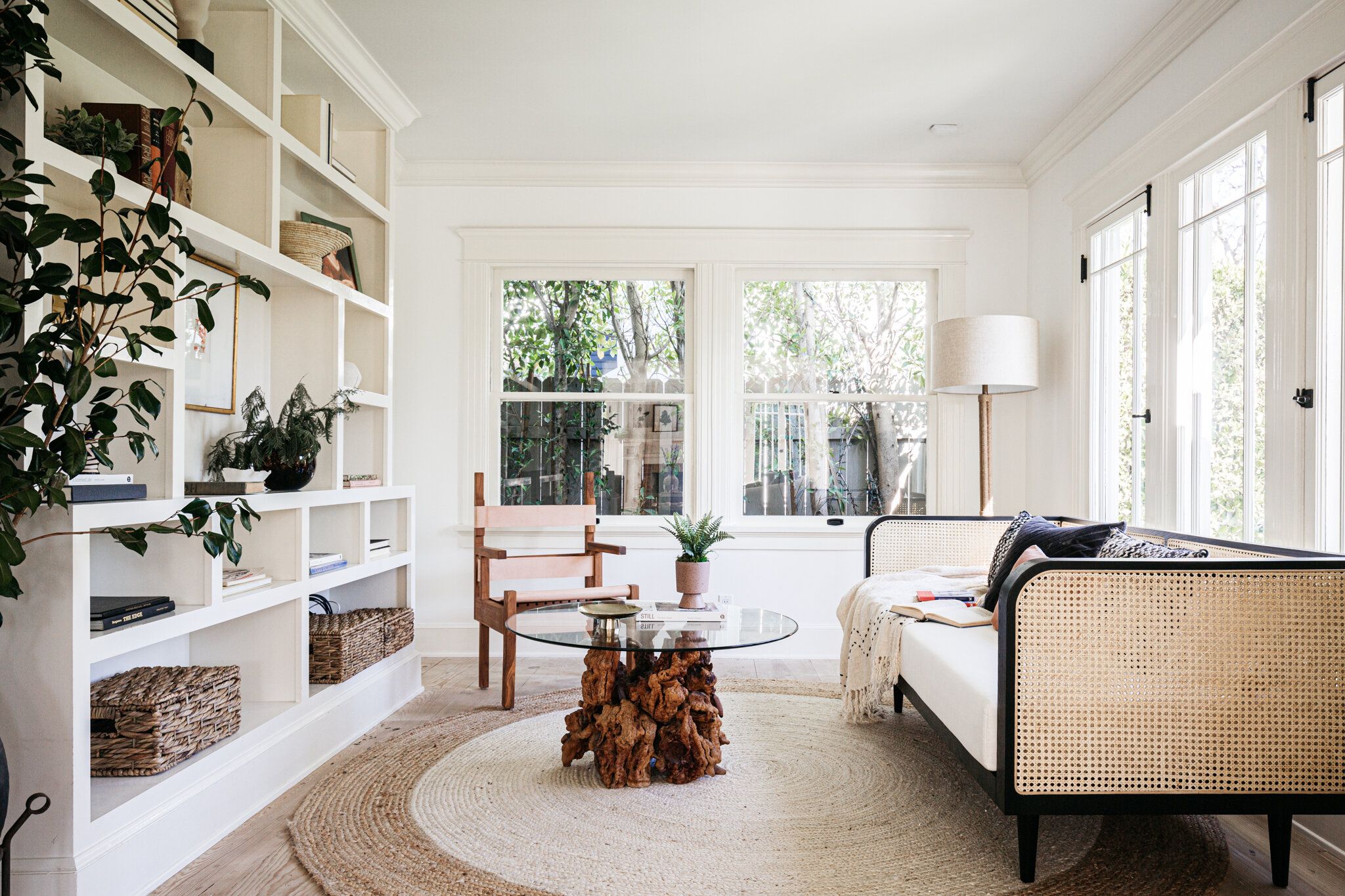