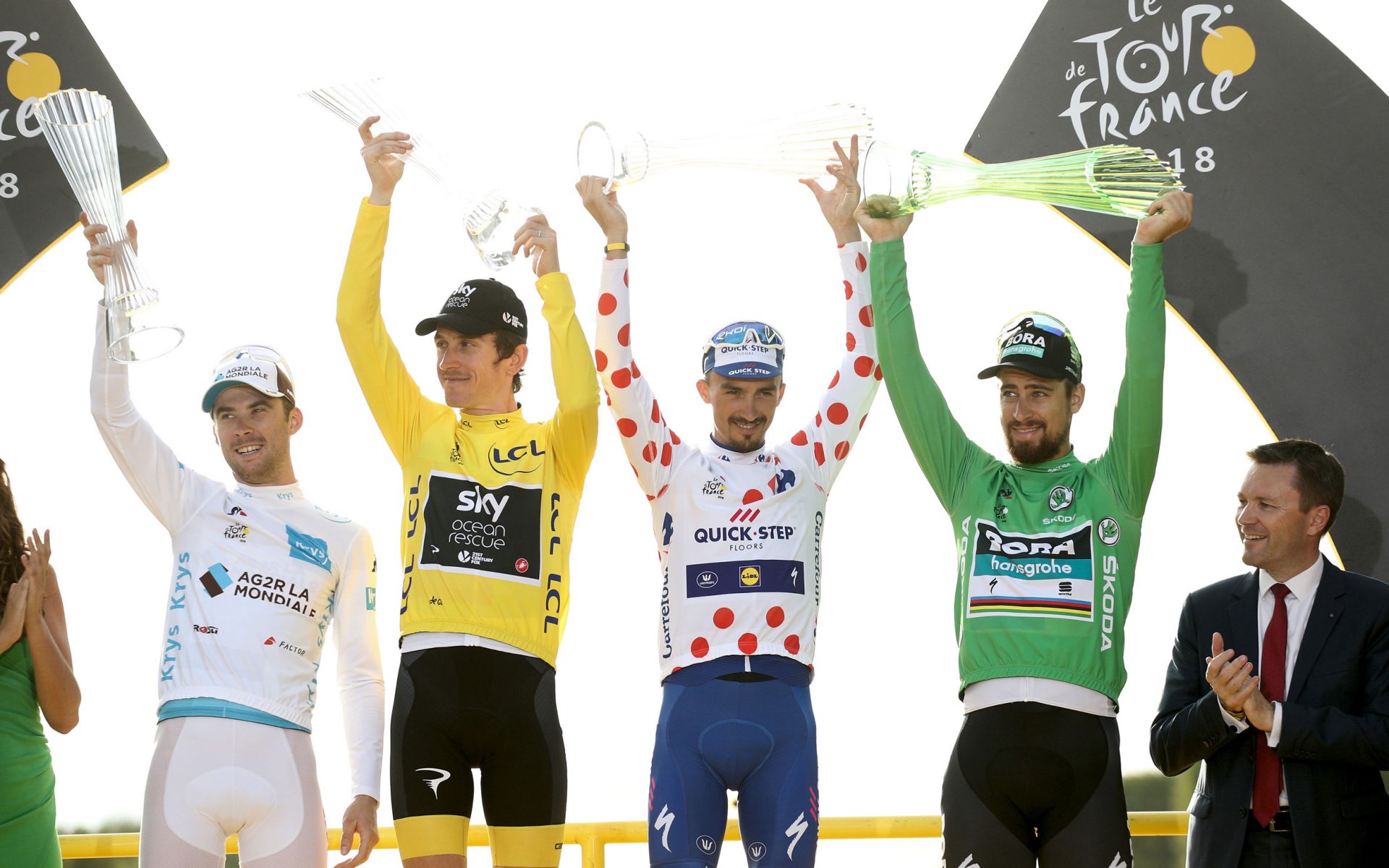 On Sunday, U.K. cyclist Geraint Thomas became the first Welshman to be the overall leader of the Tour de France. At the awards ceremony for the 105th edition, Thomas triumphantly held up his magnificent glass trophy alongside French cyclist Pierre Latour who won for the best young rider, French cyclist Julian Alaphilippe who was awarded the honor in the mountain section, and Slovakian cyclist Peter Sagan who was the leader in points classification. While all four won in different categories, what all three had in common were their trophies.

For the seventh year running, Czech glassmaking and design company LASVIT has produced the trophy for the famed race. Peter Olah of ŠKODA Design was enlisted this year to craft the object. Drawing influence from Czech cubism, Olah’s design, which was made from a single piece of hand-blown and hand-cut crystal glass, was meant to resemble a flight of birds above the racers.

“It is a very demanding decor. The cutter must take away a large amount of glass in precisely determined cuts,” says Olah. Year after year, for each iteration of the race, the design of the trophy is never repeated. Glassblowers working in the LASVIT workshop. Photo: Courtesy of LASVIT

LASVIT has established itself as a leader in glassmaking for lighting collections, distinctive installations, and decor and dining products. Contemporary designers like the Campana Brothers, Kengo Kuma, and Yabu Pushelberg have also collaborated with the company on glass collections.

Other major sporting events that LASVIT has designed for include the Mubadala World Tennis Championship in Abu Dhabi and the 2018 Winter Olympics in PyeongChang where all the Czech winners were given crystal trophies along with their medals. Last year’s Tour de France trophy involved a historic cut from a Czech crystal design that was reinterpreted in a more contemporary scope. “The Czech glass working industry and the world of sports have much in common, says Leon Jakimič, LASVIT’s founder. “Athletes and glassworkers can inspire the world together.”