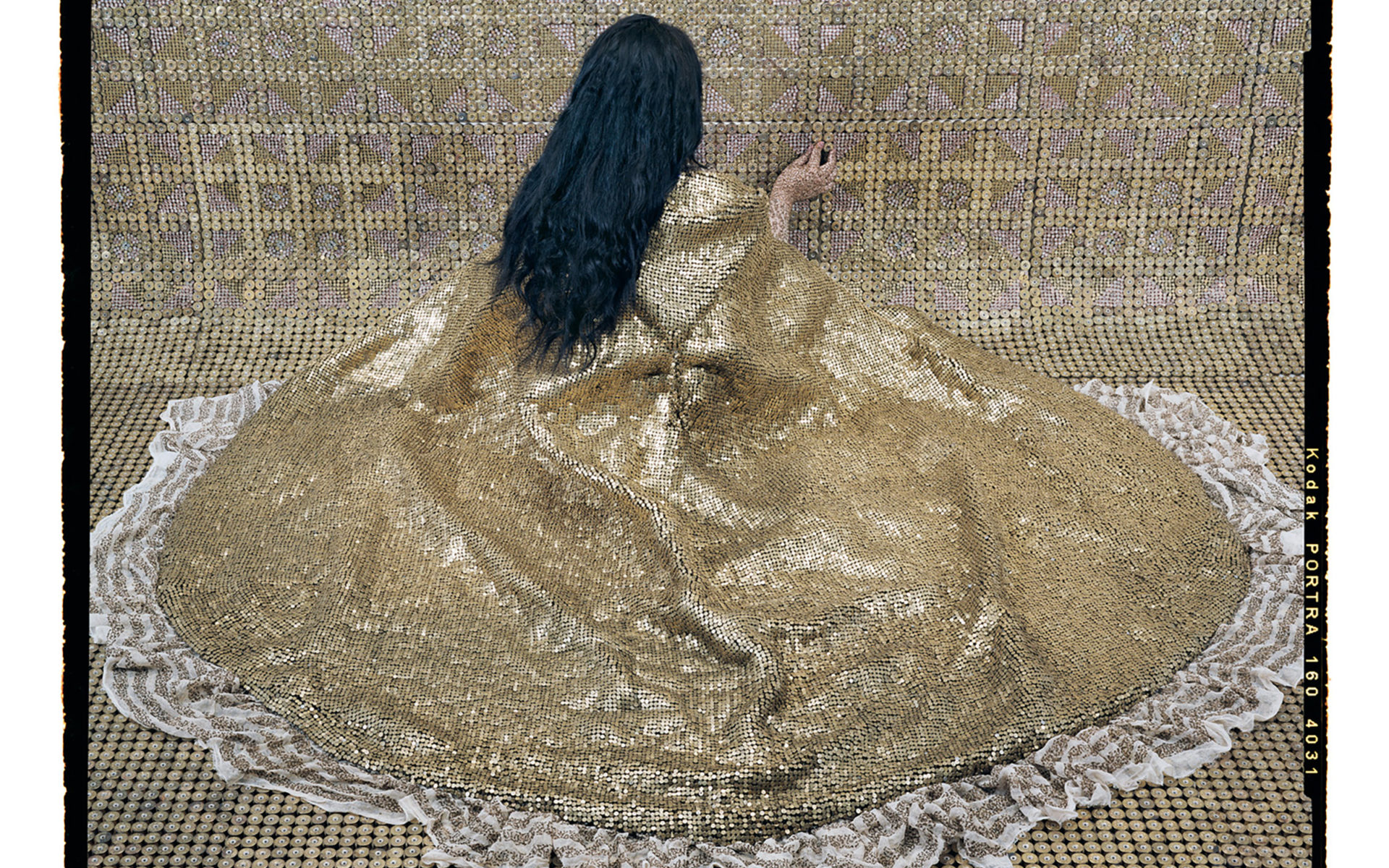 Their stares haunt as much as they invite, piercing the viewer with exacting stillness. The enchanting subjects in Lalla Essaydi’s photographs represent the multifaceted identity of Muslim women even as they evoke Orientalist-art clichés of the exotic East. “My work reaches beyond Islamic culture to include the Western fascination with it,” the Moroccan-born New York artist explains.

Essaydi carefully stages each photograph, posing her subjects to mimic works by French neoclassical painters such as Jean-Auguste-Dominique Ingres and Jean-Léon Gérôme. Only she subverts those historical references by superimposing Islamic calligraphy in henna on her subjects’ bodies, metaphorically veiling the women in their language and culture. In her series “Harem,” women are wrapped in robes adorned with henna and Islamic tile patterns that echo the exquisite decoration of their architectural surroundings. These solo figures project self-assuredness, reclaiming the harem as a symbol of female empowerment.

“Perhaps by invoking the Orientalist gaze of Western male painters, my work can promote in Western women a greater sense of commonality with their Arab counterparts,” says Essaydi, whose photographs are in several current and upcoming exhibitions, including “I Am,” a traveling survey of work by female artists at the Center for the Arts in Jackson Hole, Wyoming, from January 12 to February 25, 2018. Certainly, her photographs offer up timely messages about the need for greater cross-cultural understanding. lallaessaydi.com Harem Revisited #38, 2012 from the Harem Revisited, 2012-13 series. Photo: ©Lalla Essaydi. Courtesy of the Artist and of Edwynn Houk Gallery, New York and Zurich For her 2012 Bullets Revisited #3, the clothing and fabrics were sewn with thousands of bullet casings. Photo: Courtesy of the artist and Edwynn Houk Gallery, New York and Zurich