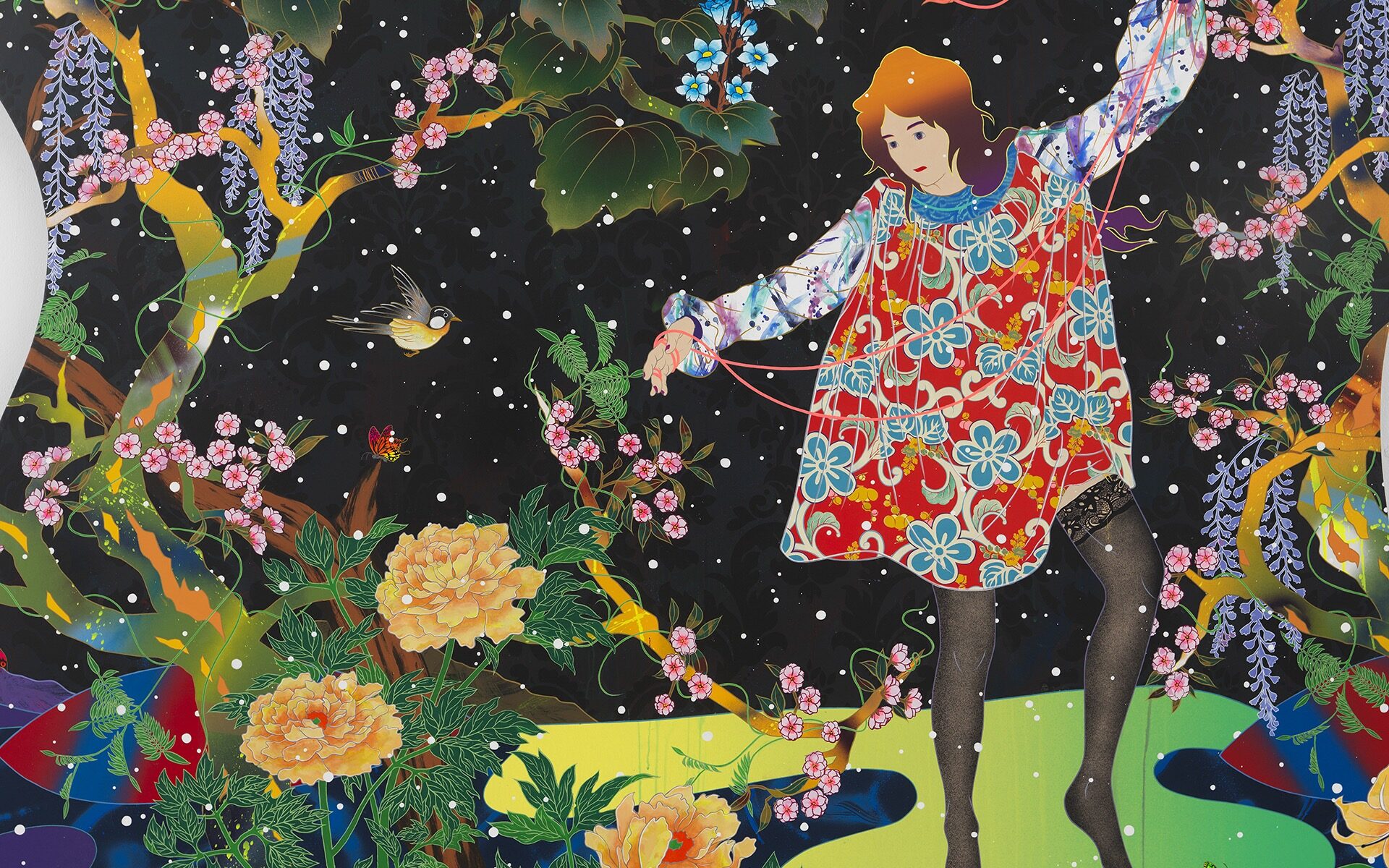 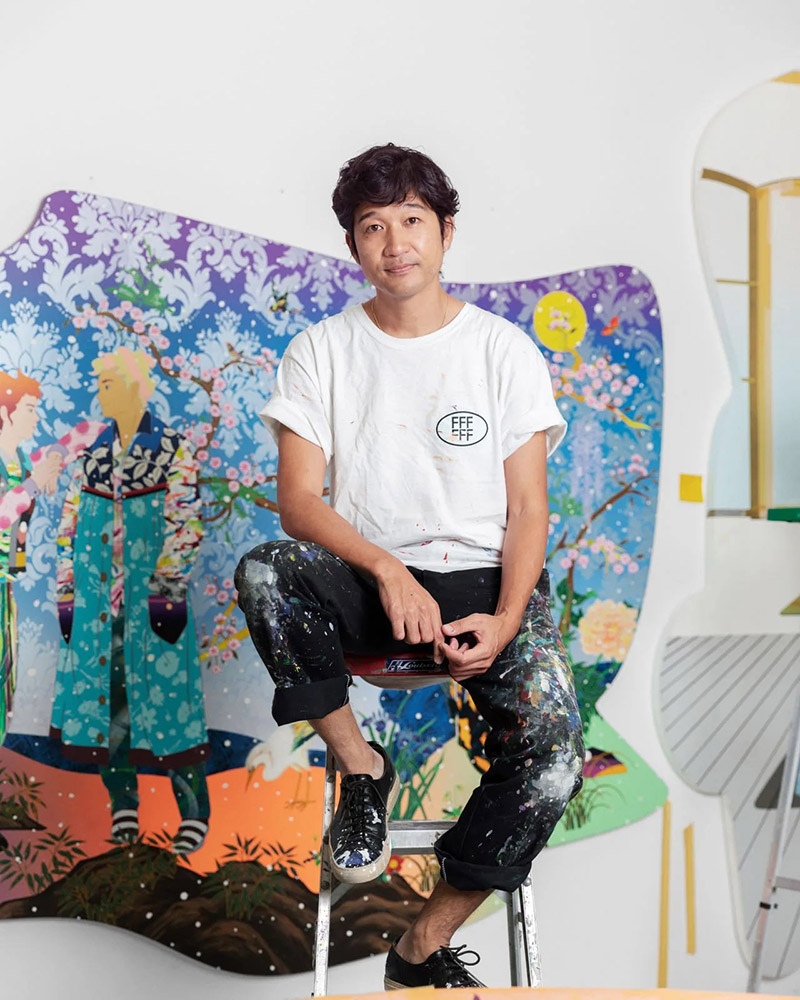 Tomokazu Matsuyama in his studio. Photo: Courtesy of Kavi Gupta

Eastern and Western art history and contemporary pop culture merge to form a kaleidoscopic mashup in the dazzling, large-scale works of Tomokazu Matsuyama. His unique visual language reflects the multiplicitous experiences of today’s diaspora—a global community of people seeking to understand their place in the world. “I call it the global us,” the internationally acclaimed Japanese artist tells Galerie from his studio in Brooklyn, where he is currently preparing for a show at Kavi Gupta, a leading contemporary art gallery based in Chicago that hosts more than a dozen museum-quality exhibitions each year. 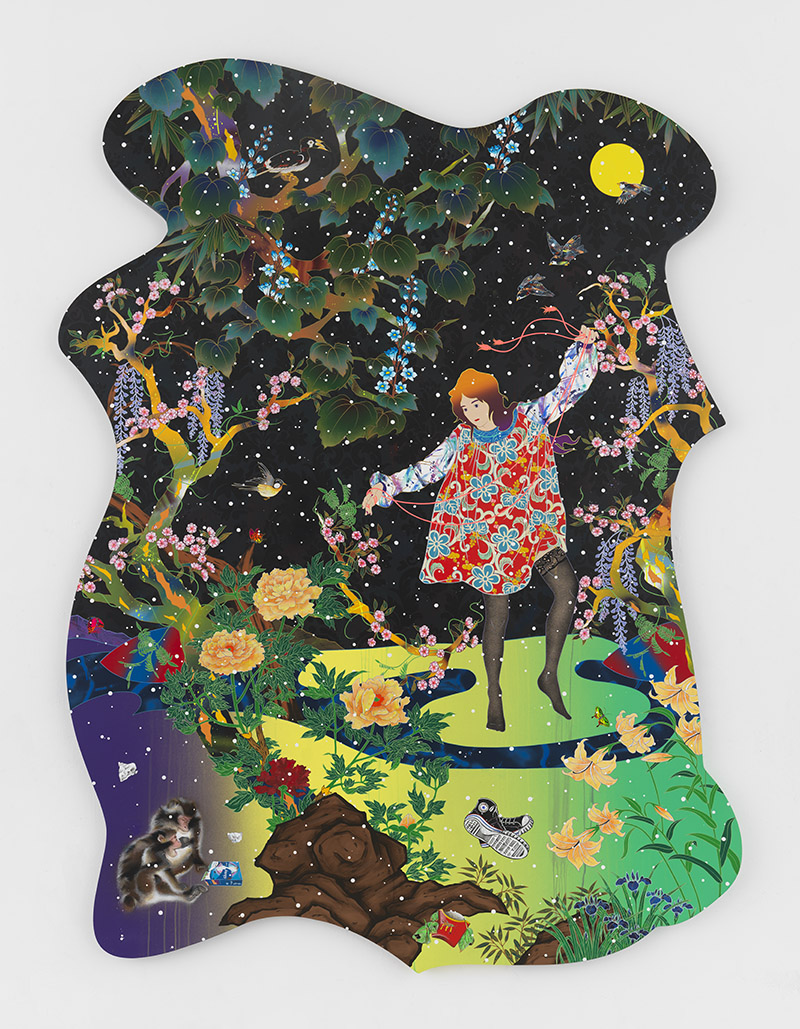 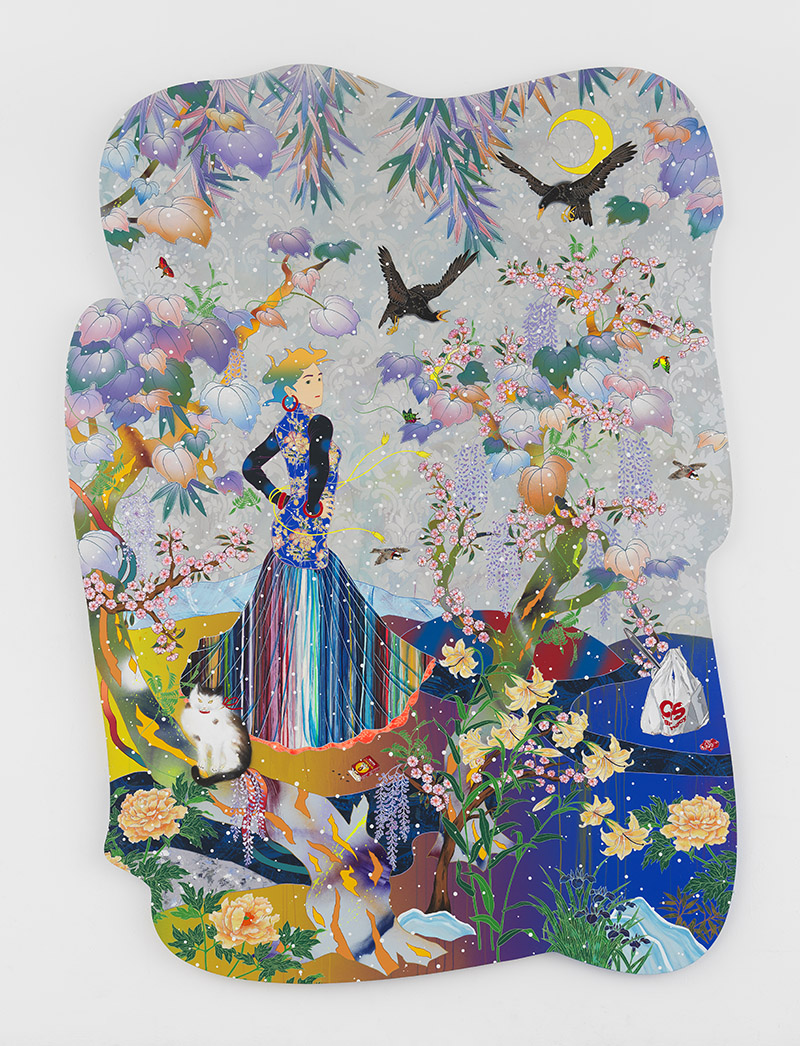 Amalgamated from his enormous archive of iconographical source material, Matsuyama’s painted worlds reflect his lived experience. In his new body of work for the exhibition, which is titled “The Best Part About Us” (February 7–March 2), the artist has created a series of ten new paintings and sculptures that reference everything from fashion models torn from glossy magazine pages; flora and fauna taken from Edo-period masterpieces; stock wallpaper patterns found from the Internet; pop culture and celebrity lifes; and garments of ancient  Buddhist sculptures. He also often borrows compositional strategies from European Renaissance masters and aesthetic cues from Modernists.

These meticulously constructed, fictional landscapes invite the viewer in to build their own narrative and find their own meaning as different motifs will have different meanings for everyone. “I want to create work that is digestible to different audiences based on the viewer’s upbringing. At the end, we are a global self, we are one human. Being in a place like New York—where there are something like 77 languages and 100 religions, there is no one dominating culture,” he explains. “How do we define ourselves in this day and age? We live in this organic chaos where the definition of our being and culture is complex. I want to portray that in my art; it is my ultimate goal.” 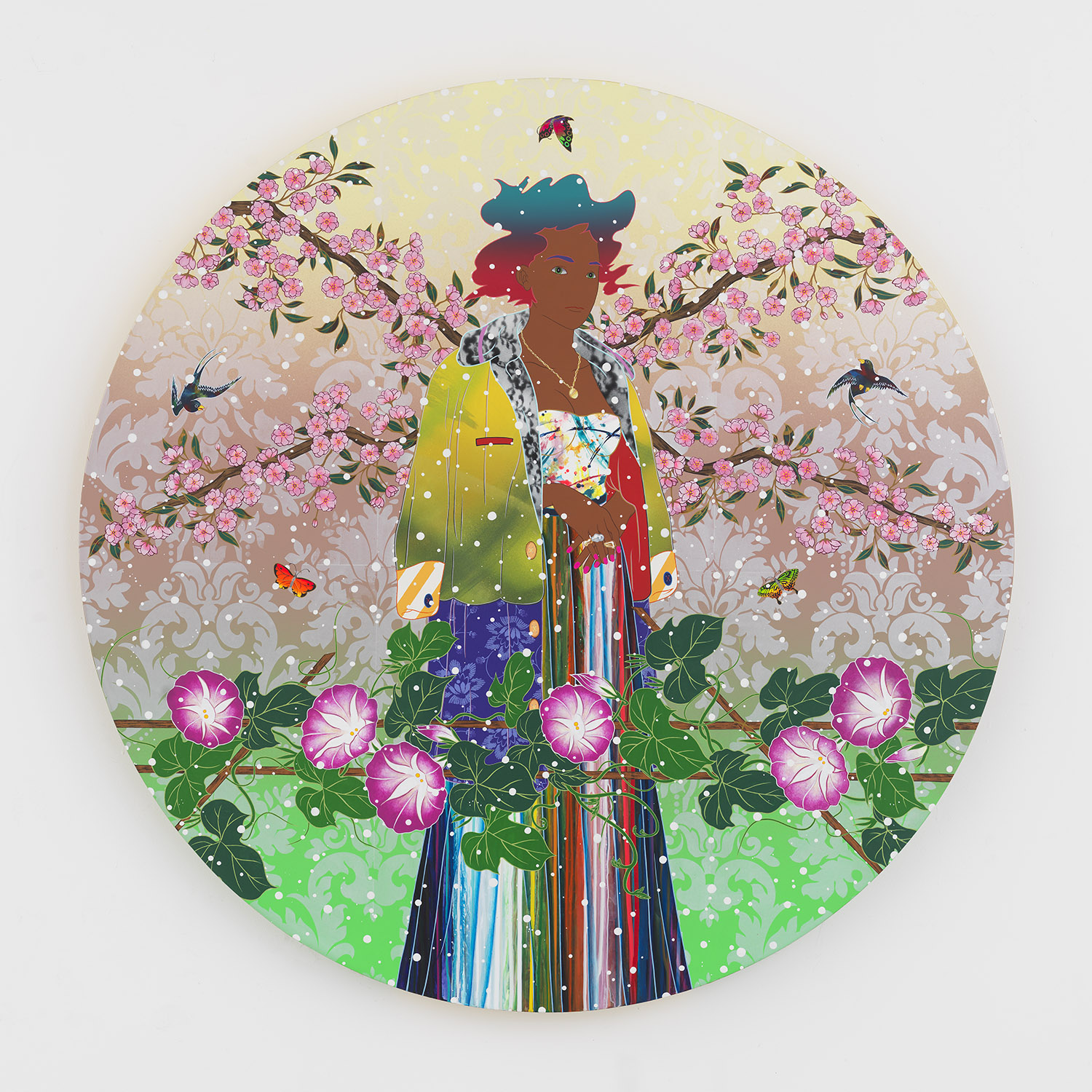 Working in collaboration with a team of ten assistants in his studio, each work takes hundreds of hours to complete. “With my graphical quality, people think I pre-finish everything in Photoshop,” says the artist. “But I work in the opposite way. I work very organically but with a lot of detail, layering one decision at a time. A small area like a postcard can take around four days to finish.” The ten paintings on view in the exhibition took Matsuyama and his staff around a year to complete. “My favorite part of the process is definitely the communication aspect.”

Matsuyama was born in 1976 in Gifu in central Japan. In the mid-1980s, he moved to Los Angeles and became acquainted with surfing, skateboarding, and American culture for the first time, which made a deep impression on him. He then went back to Japan to attend boarding school before finally settling in New York, where he has been located ever since 2000. He has exhibited his works at the Long Museum West Bund in Shanghai; the Hong Kong Contemporary Art (HOCA) Foundation in Hong Kong, Zidoun-Bossuyt Gallery in Luxembourg; the Japan Society in New York; Harvard University; and the Museum of Contemporary Art, Sydney, to name a few. This will be his first solo show with Kavi Gupta Gallery, who signed the artist to the roster in August 2021.