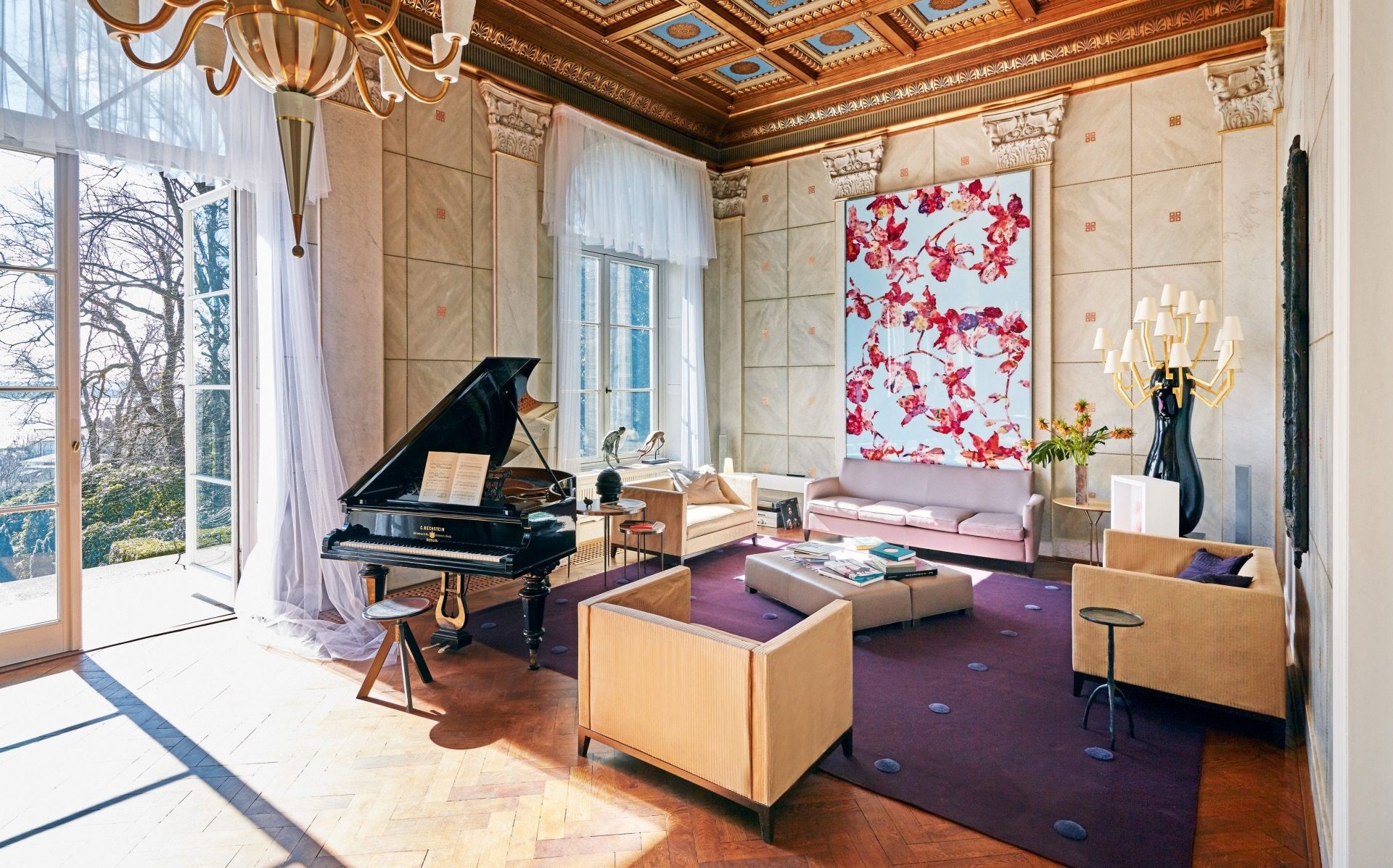 Karl Lagerfeld’s Dreamy Hamburg Villa Is on the Market for $11.7 Million

“The mist, the wind, the shrouded view through lace curtains of the River Elbe,” fashion icon Karl Lagerfeld once mused to GG magazine, describing the charms of beloved hometown of Hamburg. The German designer, who grew up heir to his father’s fortune on a 12,000-acre estate, purchased his own Roman-style villa in the city’s exclusive Blankenese neighborhood in 1991. Boasting river views that Lagerfeld warns will make one “lazy,” the three-bedroom retreat has just hit the market for $11.7 million.

Set on three manicured acres, the symmetrical villa dates back nearly a century, when it was designed by architect Walter Baedeker, who had gained notoriety for designing other mansions in the area. The two-story home measures around 4,800 square feet and boasts ceilings that soar almost 20 feet.

The residence’s original inhabitant, shipping underwriter Herrmann Witte, commissioned the building while a bachelor and only required one floor; the second floor was added a decade later under the ownership of Alfred Schüler. It was only upon Lagerfeld’s purchase of the property that “Villa Schüler” became “Villa Jako,” named in honor of Lagerfeld’s late partner of 18 years.

Although the couple sold the property in 1998, the glamorous interiors—which were done in collaboration with art expert Renate Kant—are thankfully still intact. See below for a tour inside the home.

The living room, which spans the entire breadth of the house, features an exquisite gold leaf ceiling, original to the building itself, as well as herringbone parquet floor. The walls, on the other hand, were painted according to Lagerfeld’s wishes and help to move the classic structure into a contemporary age. Photo: Courtesy of Engel & Völkers

Adjacent to the living room is the atrium with a splendid glass dome. Though not visible here, the carpet covers a decorative water feature that is reminiscent of a Roman “impluvium,” which was used to catch rainwater. Photo: Courtesy of Engel & Völkers

The upper gallery, with a balustrade looking down into the atrium, has been transformed into a library. Photo: Courtesy of Engel & Völkers

Decorated in the style of a Chinese salon, the east-most room features eclectic, dynamic furnishings. Photo: Courtesy of Engel & Völkers

The bathroom, which Lagerfeld had redesigned by the celebrated French designer Andrée Putman, is softened by sheer drapes. Photo: Courtesy of Engel & Völkers

Outside, the verdant property is sculpted into terraces with stone steps that lead to rose, Baroque, and Biedermeier gardens, a grove of elderberry trees, and the mirror-like fountain. Photo: Courtesy of Engel & Völkers
Cover: Karl Lagerfeld’s former Hamburg villa.
Photo: Engel & Völkers
Next Post