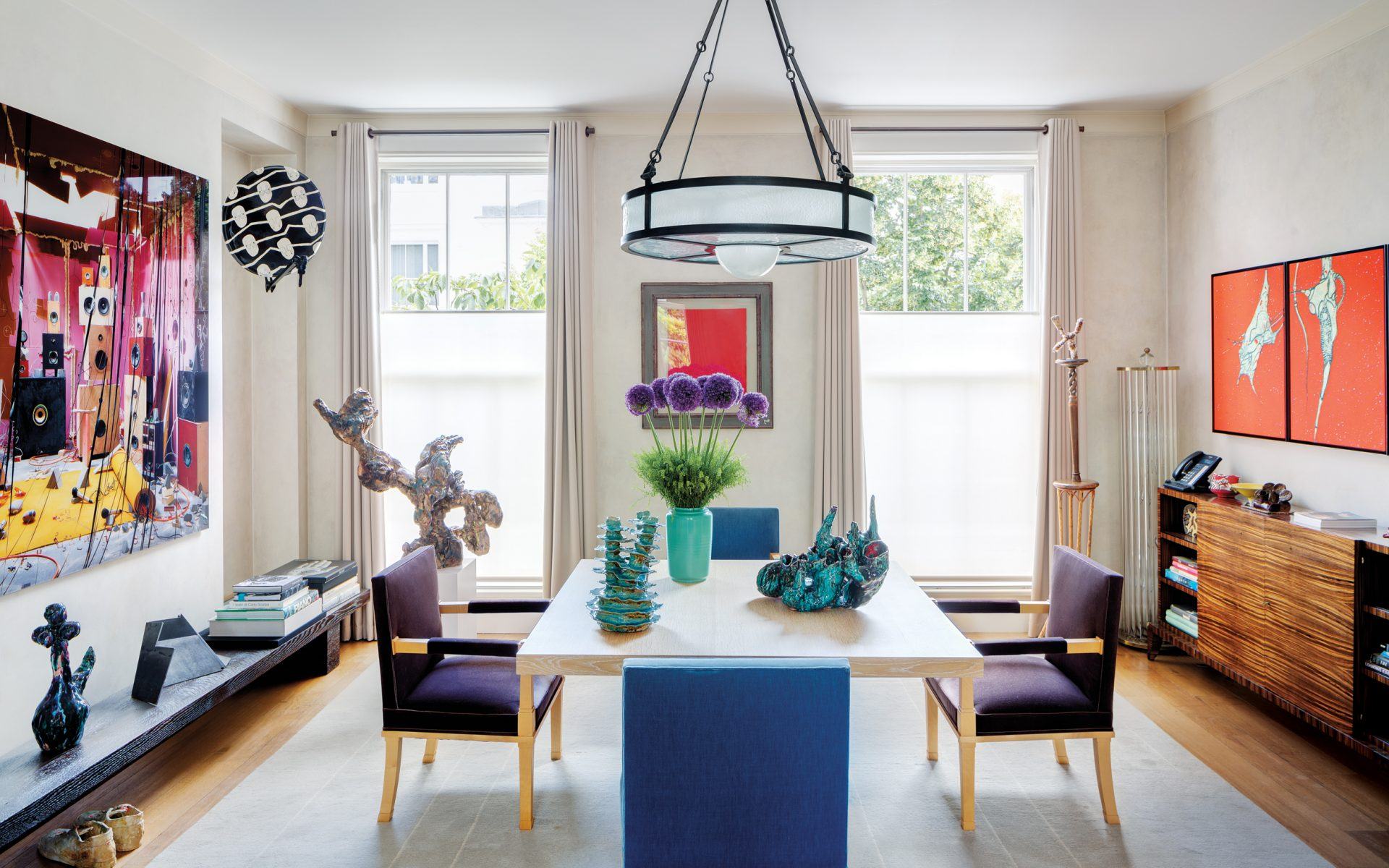 Andrzej Zarzycki designed the ceiling fixture and most of the furnishings in the art-packed living room of his townhouse in London’s Chelsea neighborhood.
Photo: Mark Luscombe-Whyte

Whereas summer meant bright white linens and home accents in beachy shades of Mediterranean blue, sandy rattan, or vibrant lemon yellow, autumn is the time to transition your decor into deeper, more saturated hues, particularly in the rich jewel tones popular in fall fashions. Small swaps—like stowing away those turquoise goblets in lieu of a more smoky wineglass or replacing ecru throw pillows with ski-chalet-esque crimson soft goods—can easily transform your home for cooler weather. Or consider bringing in some larger decorative pieces in rich colorways that look glorious all year long. Here, we gather a selection of jewel-toned items sure to add a regal touch to any interior. 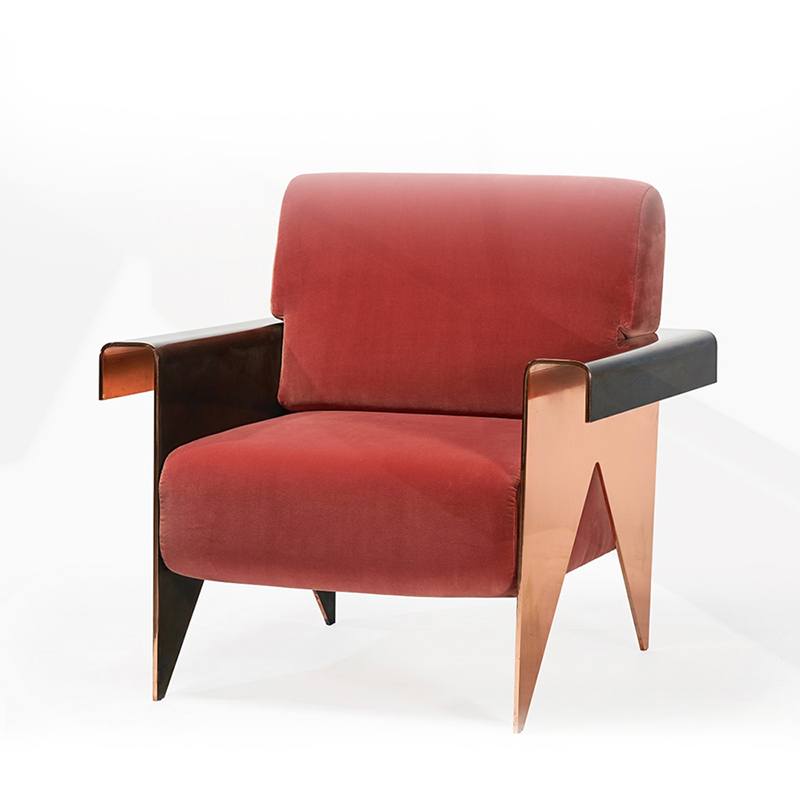 With soft upholstery in deep coral, contrasted by a shimmering copper-finish frame, this made-to-order Montis armchair is inspired by Italy’s fiery Mount Etna. 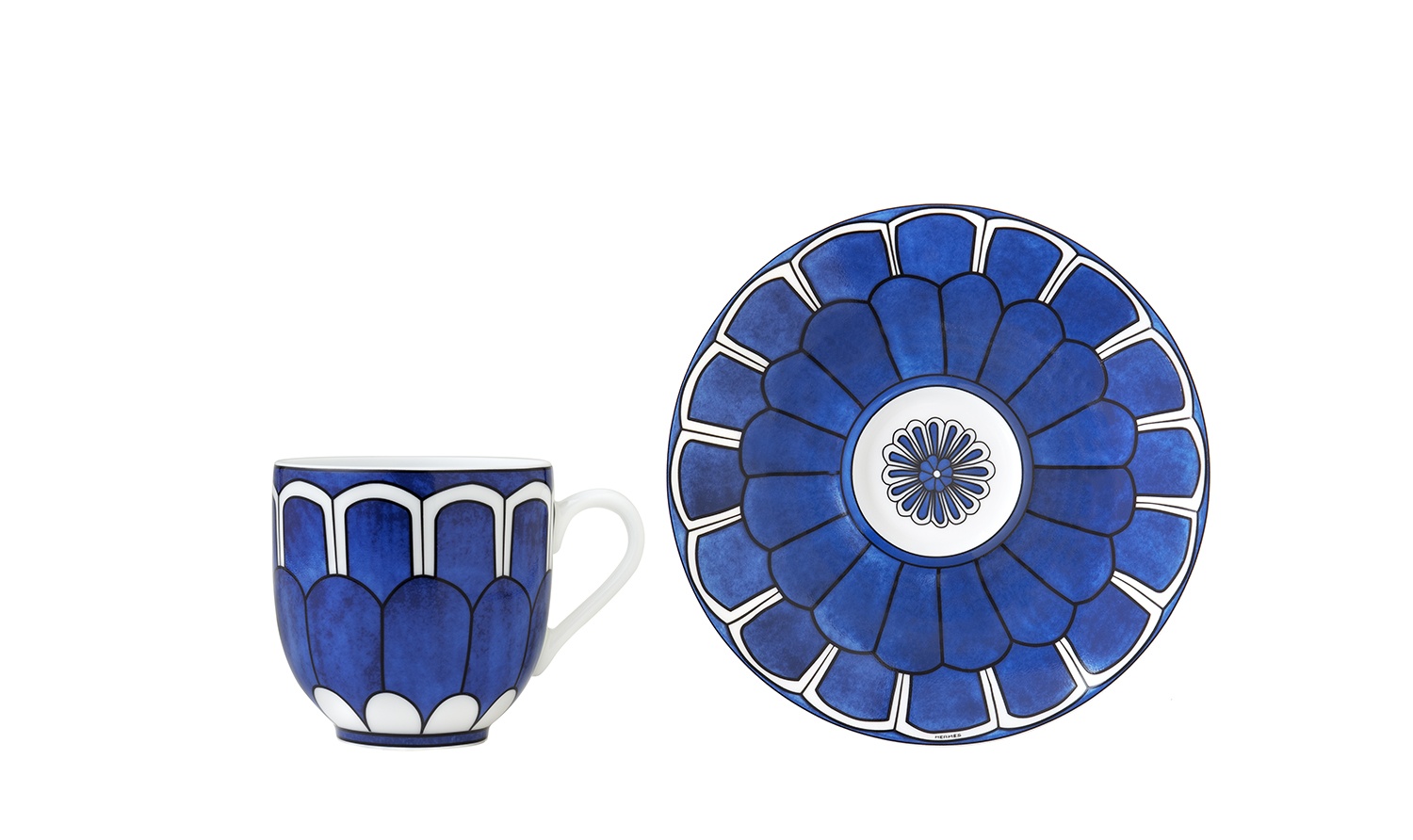 The heritage brand’s exquisite line of tableware features a variety of place settings in vibrant cobalt blue, including this coffee cup and saucer from the atelier’s classic Bleus d’Ailleurs collection. 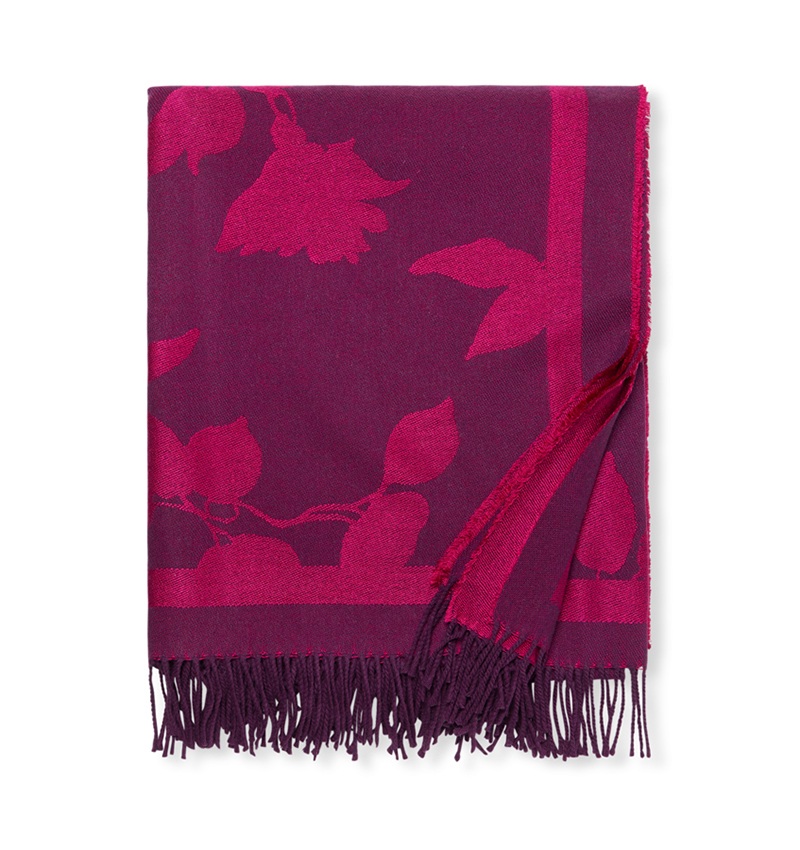 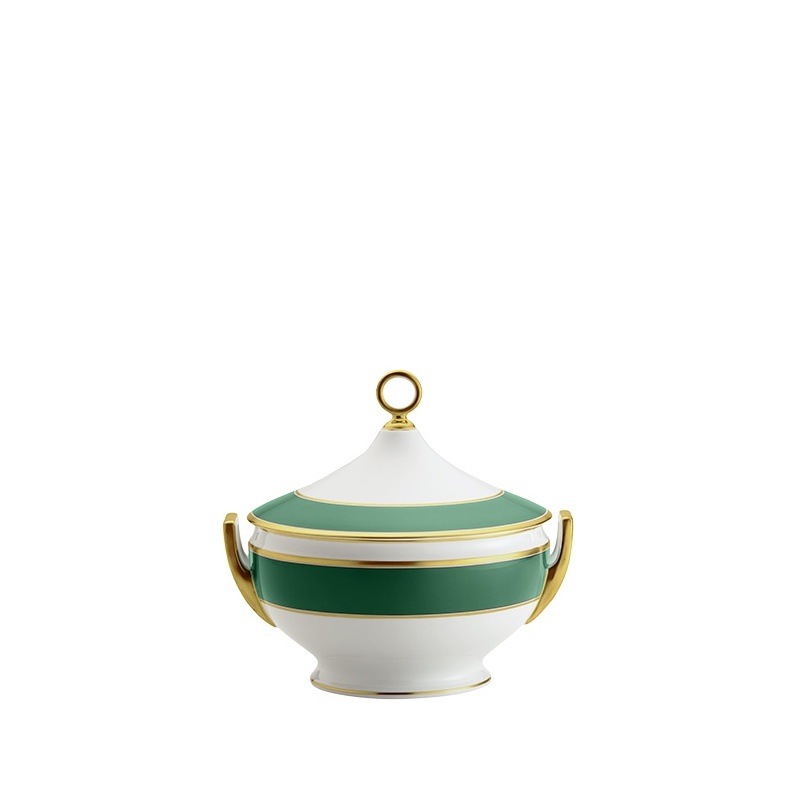 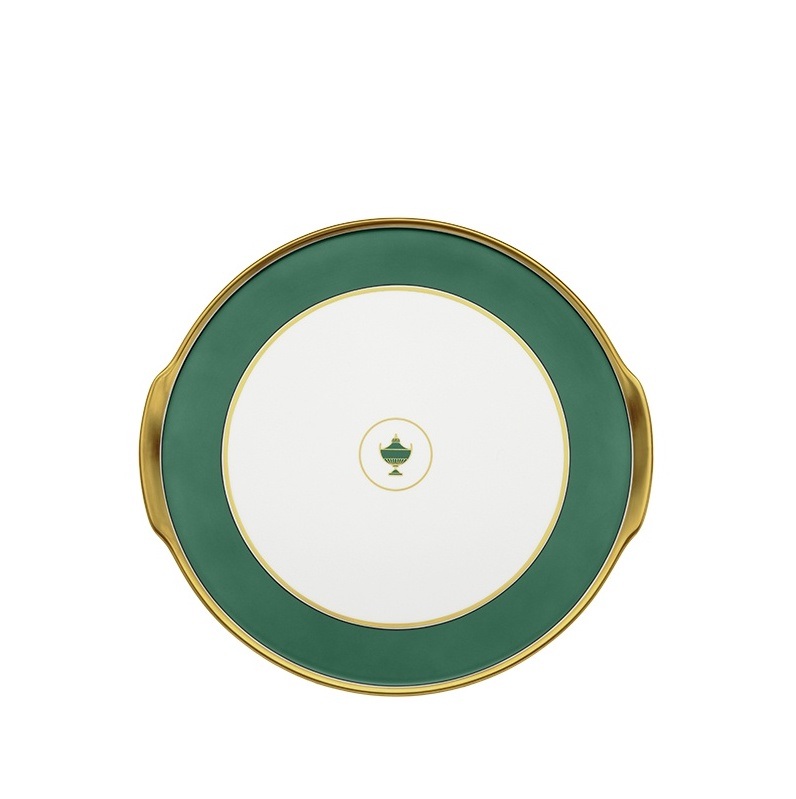 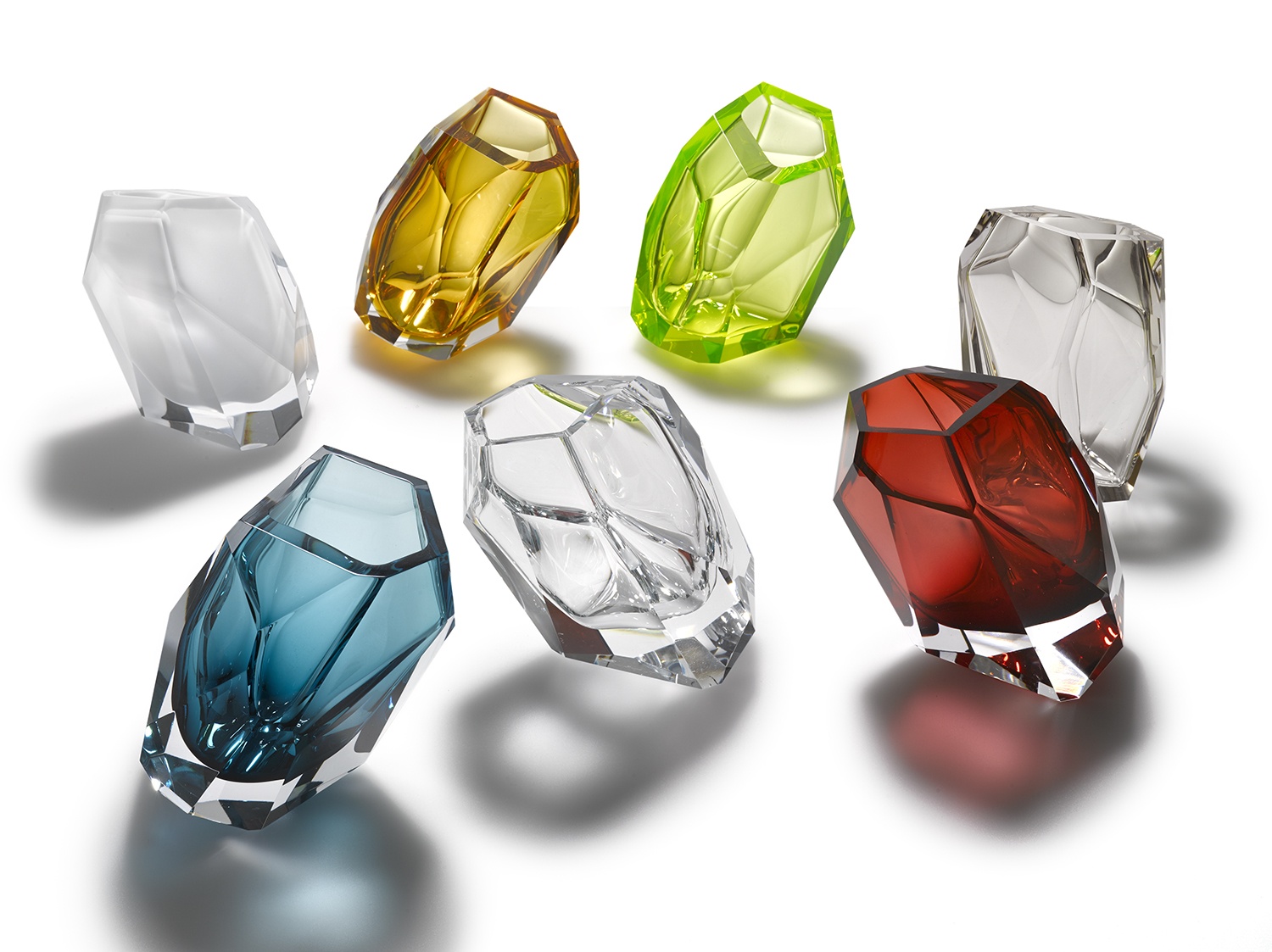 Designer Arik Levy conceived of the Crystal Rock collection for a series of lighting pendants that seamlessly transition into a sculptural collection of jewel-like vases. 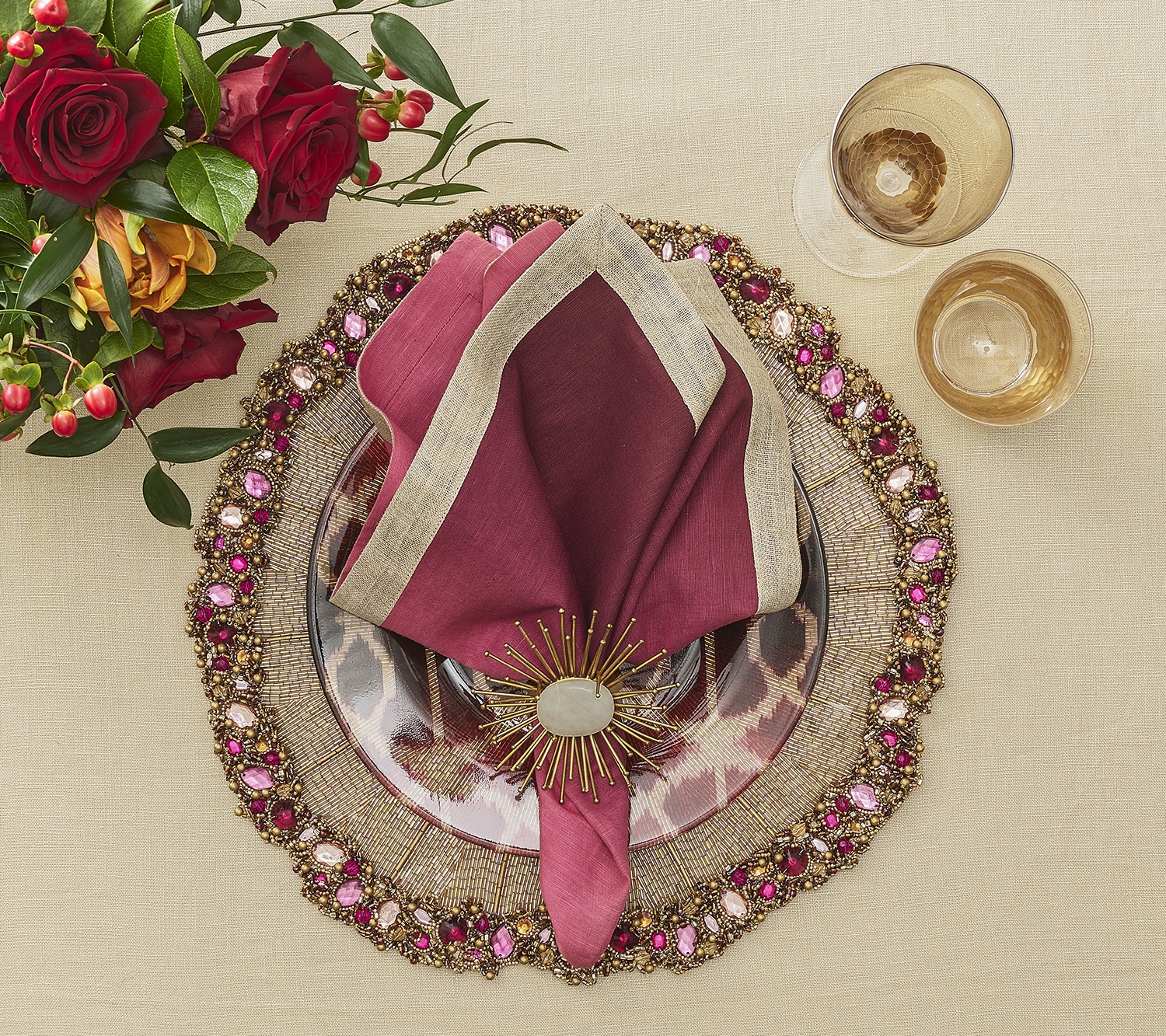 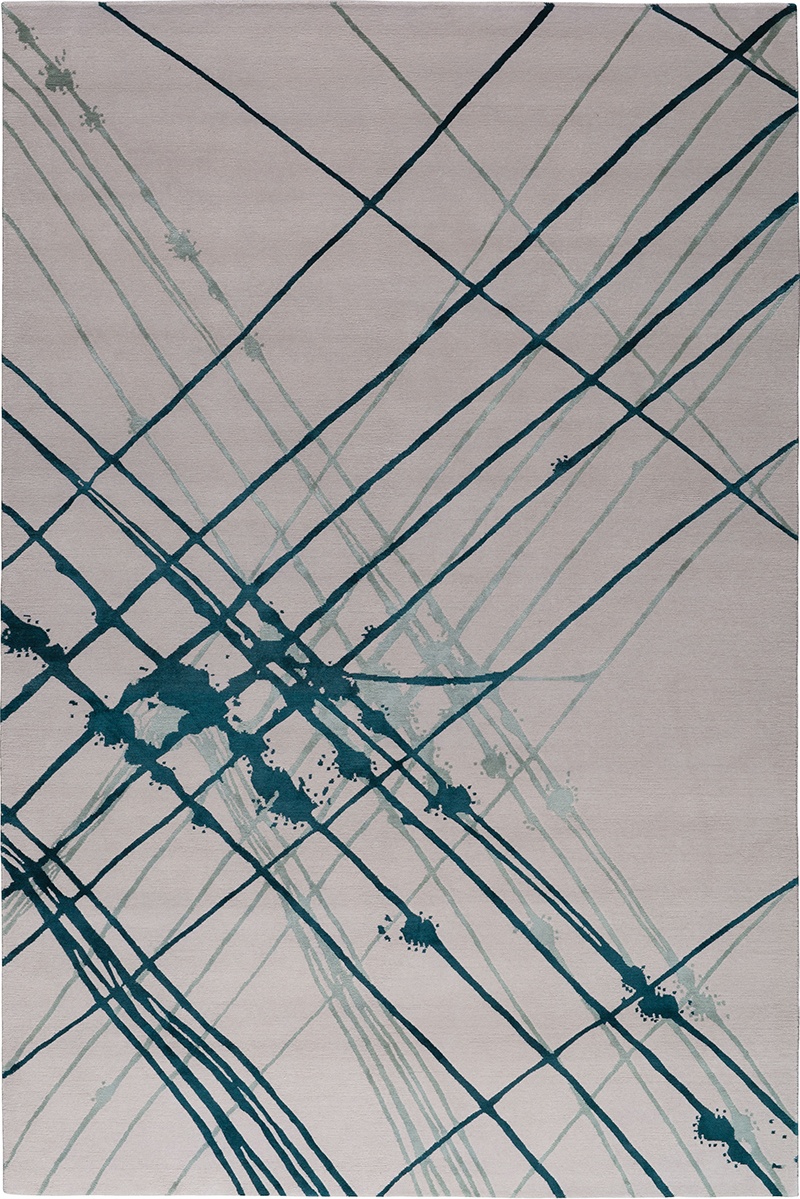 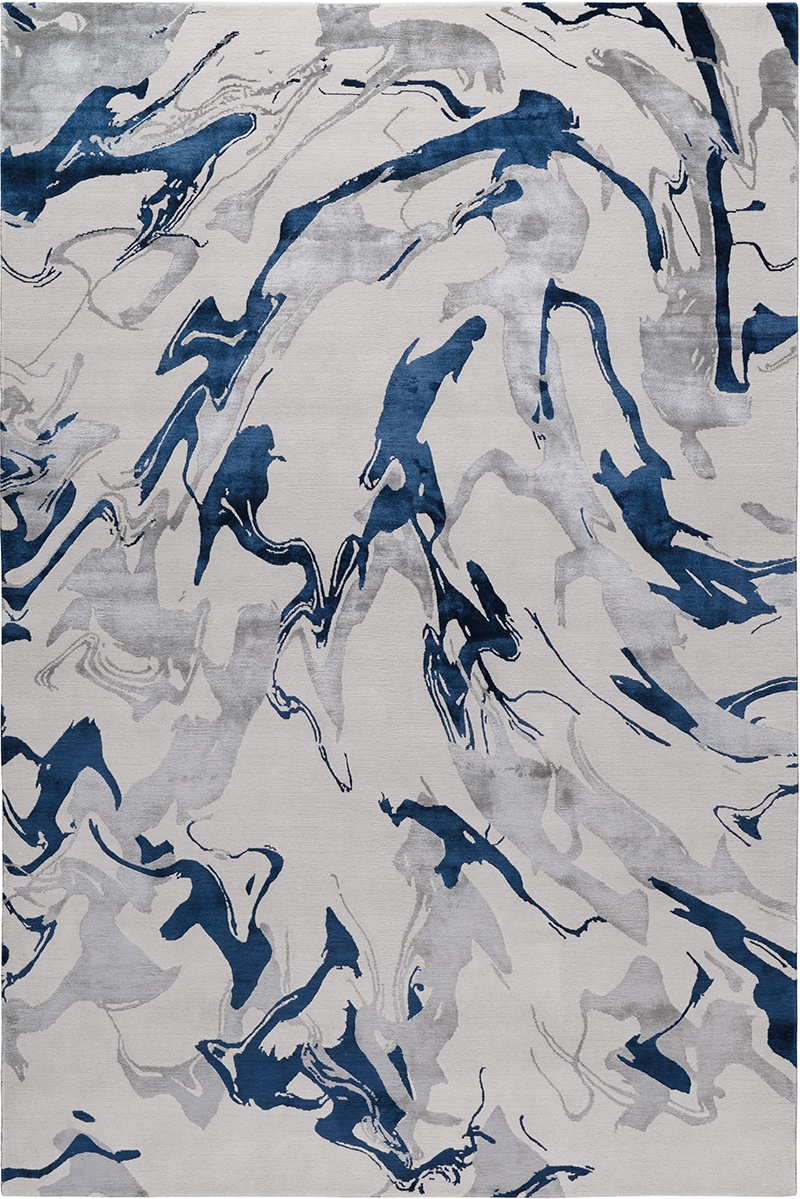 Bring pops of brilliance underfoot with the Rug Company’s two new collections—Echo re-creates the watery swirls of marble veins in sapphire blue and metallic silver, while the hand-knotted Tibetal wool-and-silk Tempo captures the symmetry of telephone lines crisscrossing the sky. 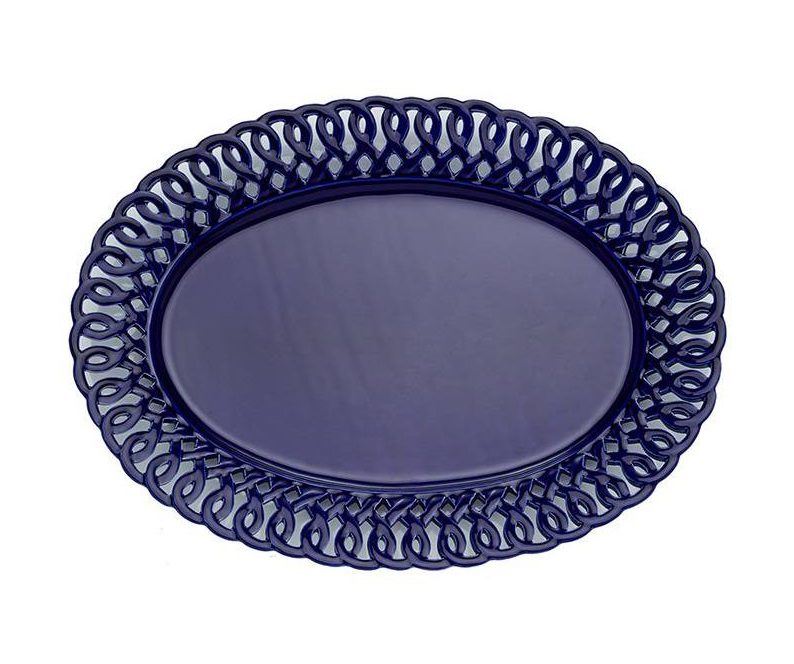 Bring the rich navy shade of sapphire to your tabletop with this striking pierced oval platter by Cabana Capri • Gstaad, which features a unique textural border of entwined ceramic loops. 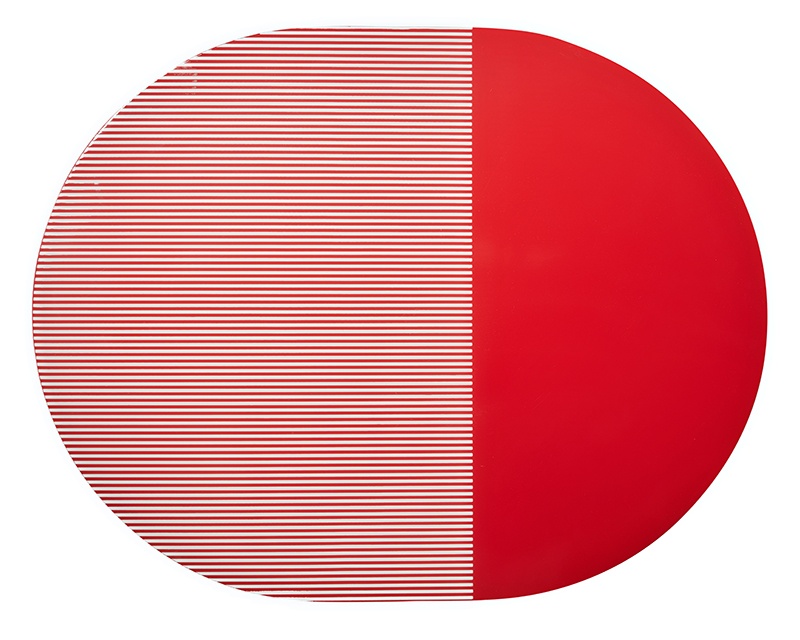 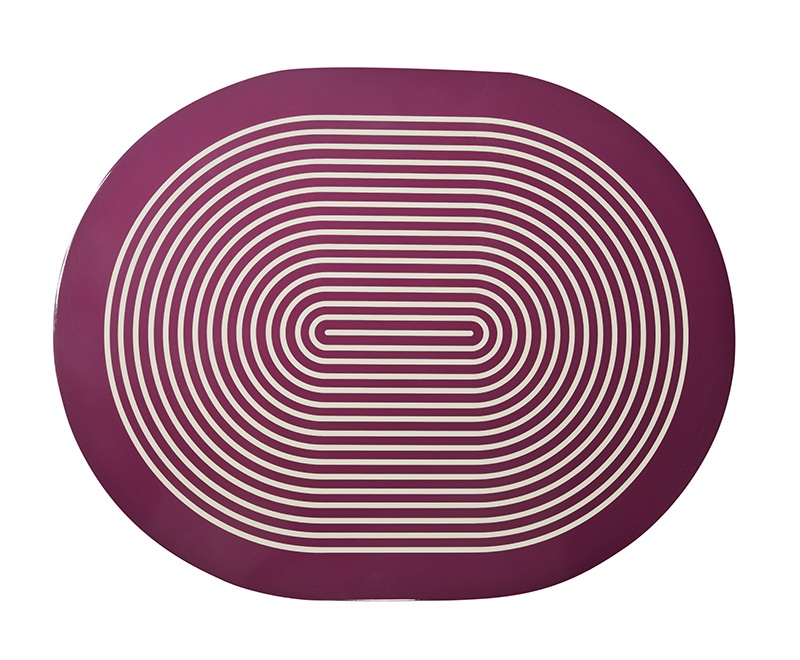 Spice up your next dinner party with Von Gern Home’s lacquer place mats that meld solids and stripes in a range of hues, from ruby red and plummy garnet to pumpkin and citrine. 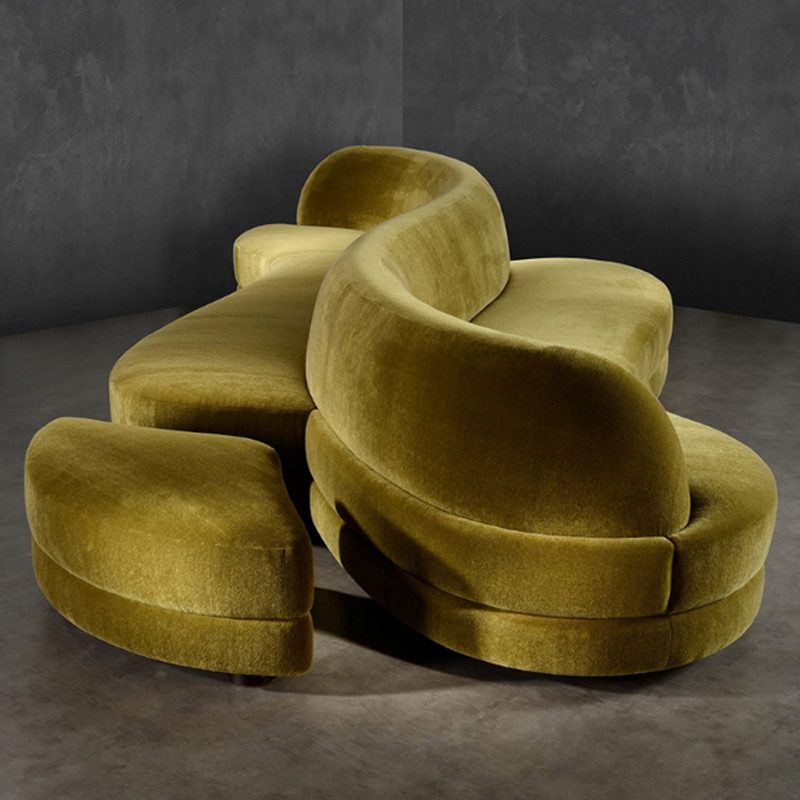 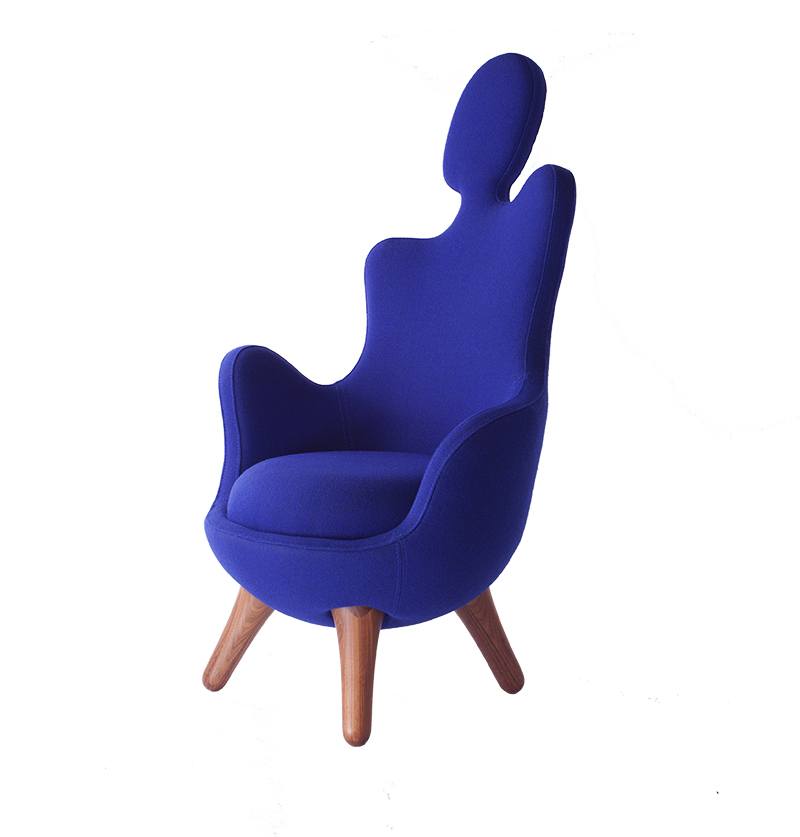 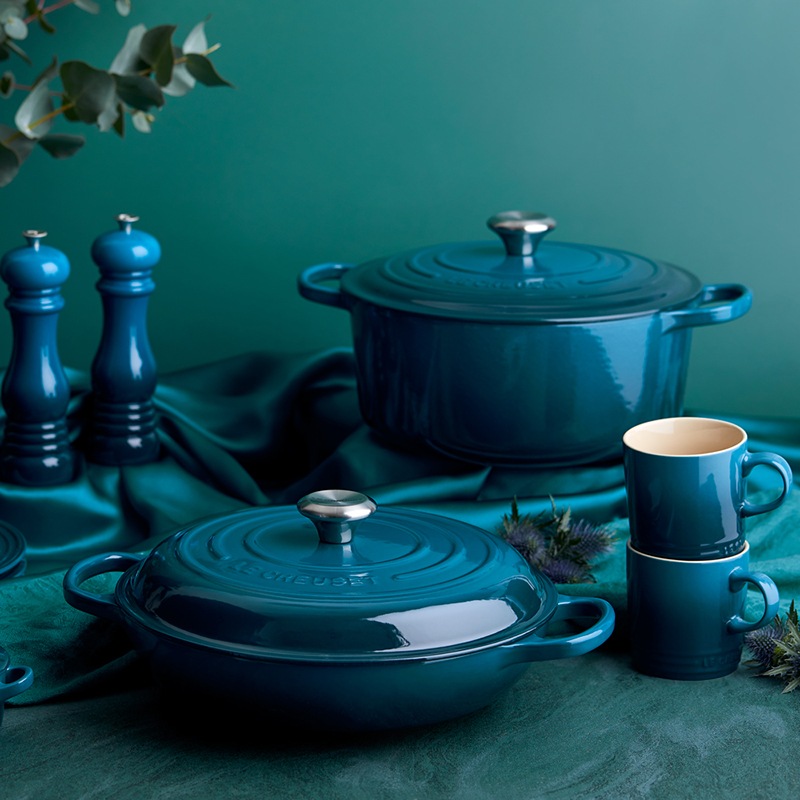 There’s a reason Le Creuset’s enameled cast-iron cookware can be found in almost every discerning chef’s home kitchen. Now in the new peacock-blue colorway, dutch ovens, casserole dishes, and other bakeware are as fabulous as they are functional. 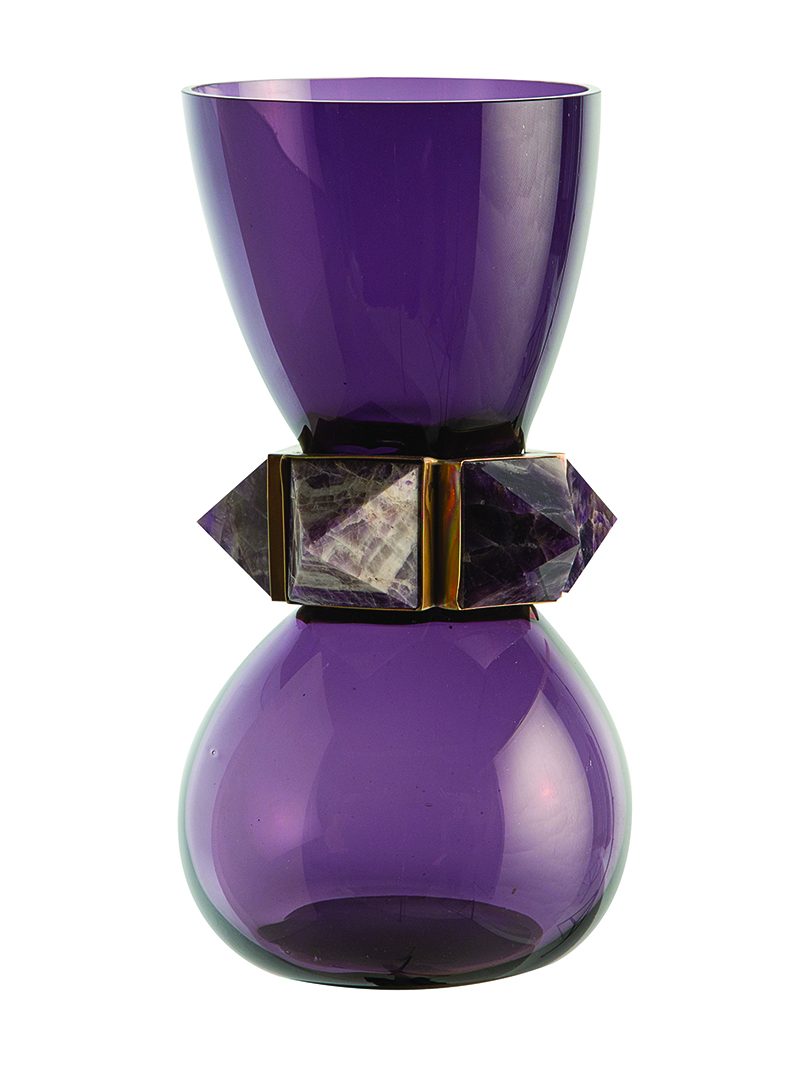 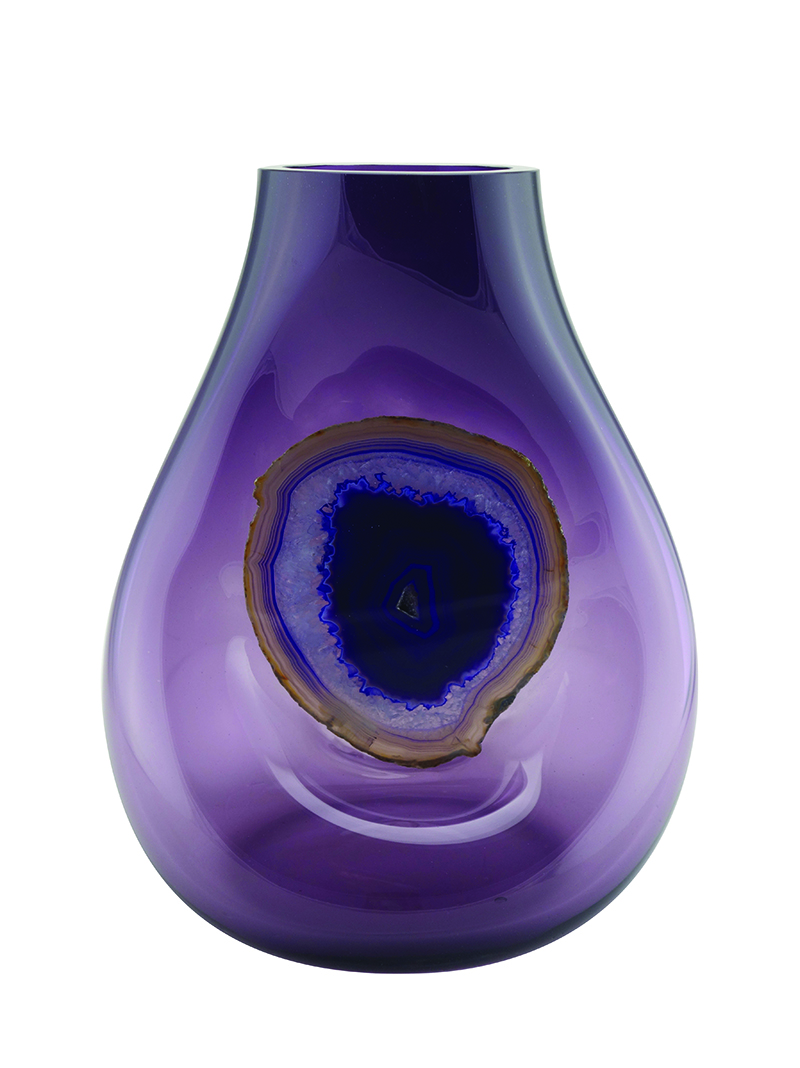 Glassblower Vanessa Mitrani creates shapely vessels in an intoxicating amethyst colorway, further enhanced by a slice of agate or a bracelet of amethyst pyramids framed in bronze. 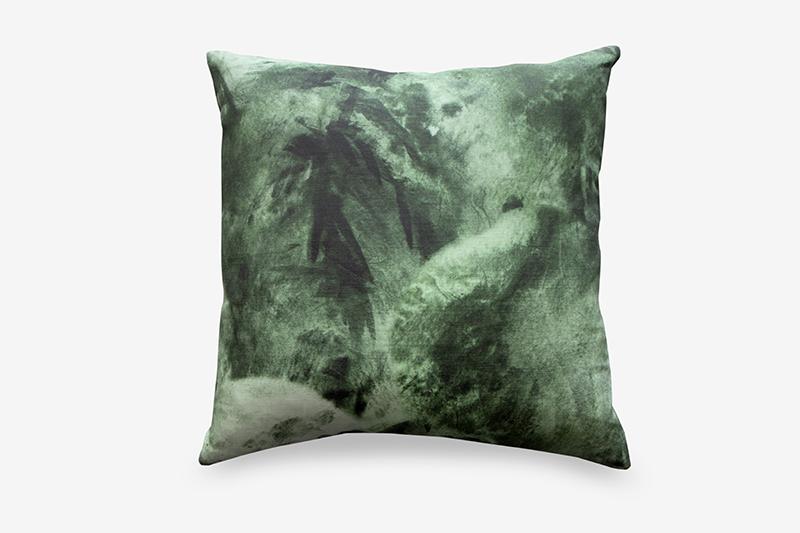 Verdant green palm leaves are rendered in an abstract watery wash. Dubbed Palmeti Verde, the pattern is translated into wallpaper, fabrics, and pillows that add a malachite-like illusion to any surface. 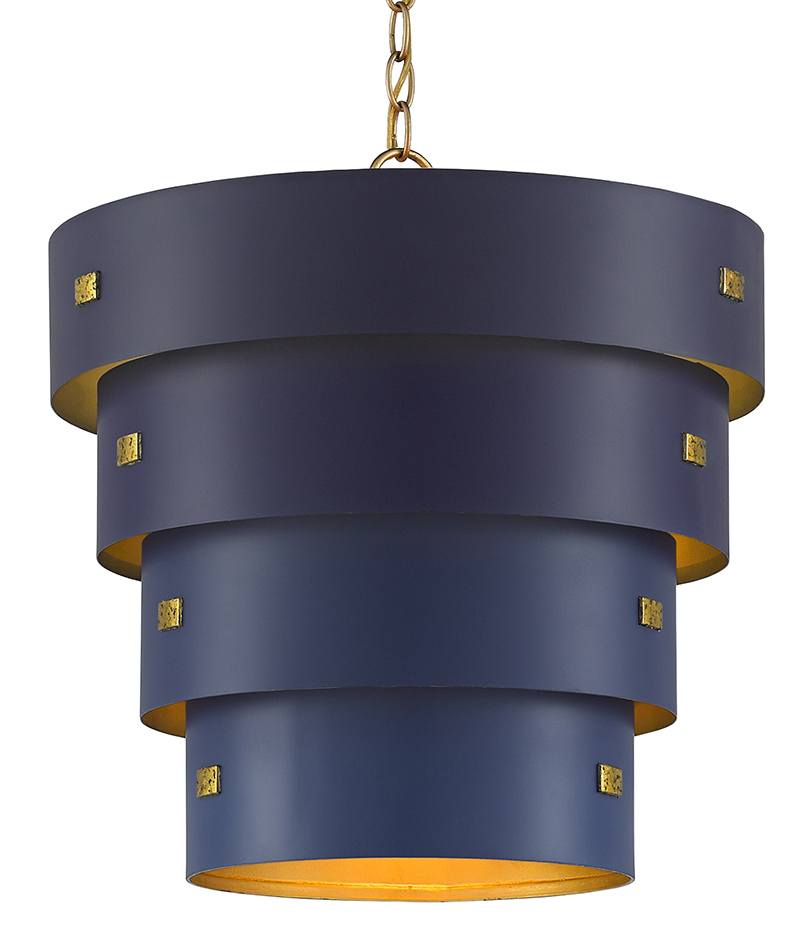 Cover: Andrzej Zarzycki designed the ceiling fixture and most of the furnishings in the art-packed living room of his townhouse in London’s Chelsea neighborhood.
Photo: Mark Luscombe-Whyte
Next Post