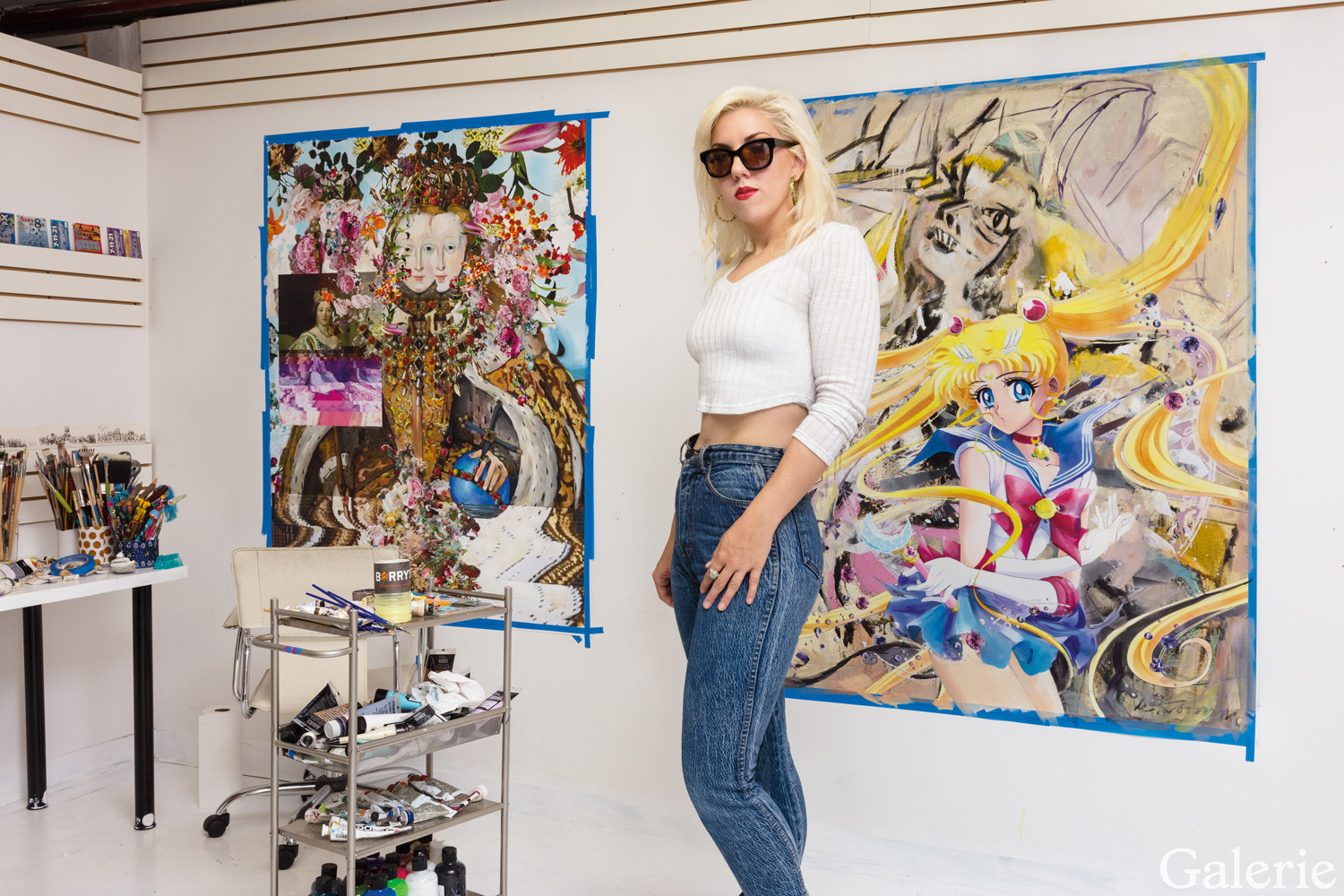 A 2017 painting, What a Bunch of Royal Glitches.  Photo: Courtesy of the artist and Johannes Vogt Gallery, New York

Before Jeanette Hayes could write her own name, she drew comics. “My dad is a comic book guy, and I thought I was going to grow up and make comic books,” says the Chicago-born, New York-based artist. In her first year of high school at the venerable Chicago Academy for the Arts, Hayes took a studio painting class and realized she was much better at painting than drawing. “I liked it more,” she recalls, “and I realized drawing got me to painting.”

Hayes’s paintings are laced with cartoon imagery that melds digital culture and art history. A perfect example is a work in progress, hanging on a wall in her Tribeca studio, from her De Mooning series, which playfully juxtaposes the femme Japanese anime character Sailor Moon with the visual style of the abstract expressionist Willem Kooning’s Women paintings. “I was looking at so much De Kooning,” she recalls, “and thought, ‘those girls really look anime. What’s this about?’” Sailor Moon with Crystal, from her 2015 DeMooning Series. Photo: Courtesy of the artist and Castor Gallery, New York Jeanette Hayes at her studio in Tribeca. Photo: Antoine Bootz

In the airbrushed series, like in most of Hayes’ art, she brings to light small correlations that connect seemingly disparate aspects of visual culture. “It starts a conversation,” she says of her portraiture. “But the main thing is these are things I like and they are so fun to make and look at, so I throw them all in the soup to see how it tastes.”

The fashion world has caught on: Hayes has created everything from graphics for Proenza Schouler to animated videos for Chanel. “I’m always asking myself, Can these things look how I want them to look? Or not?” She adds, “Either way, I’m up for the challenge.”