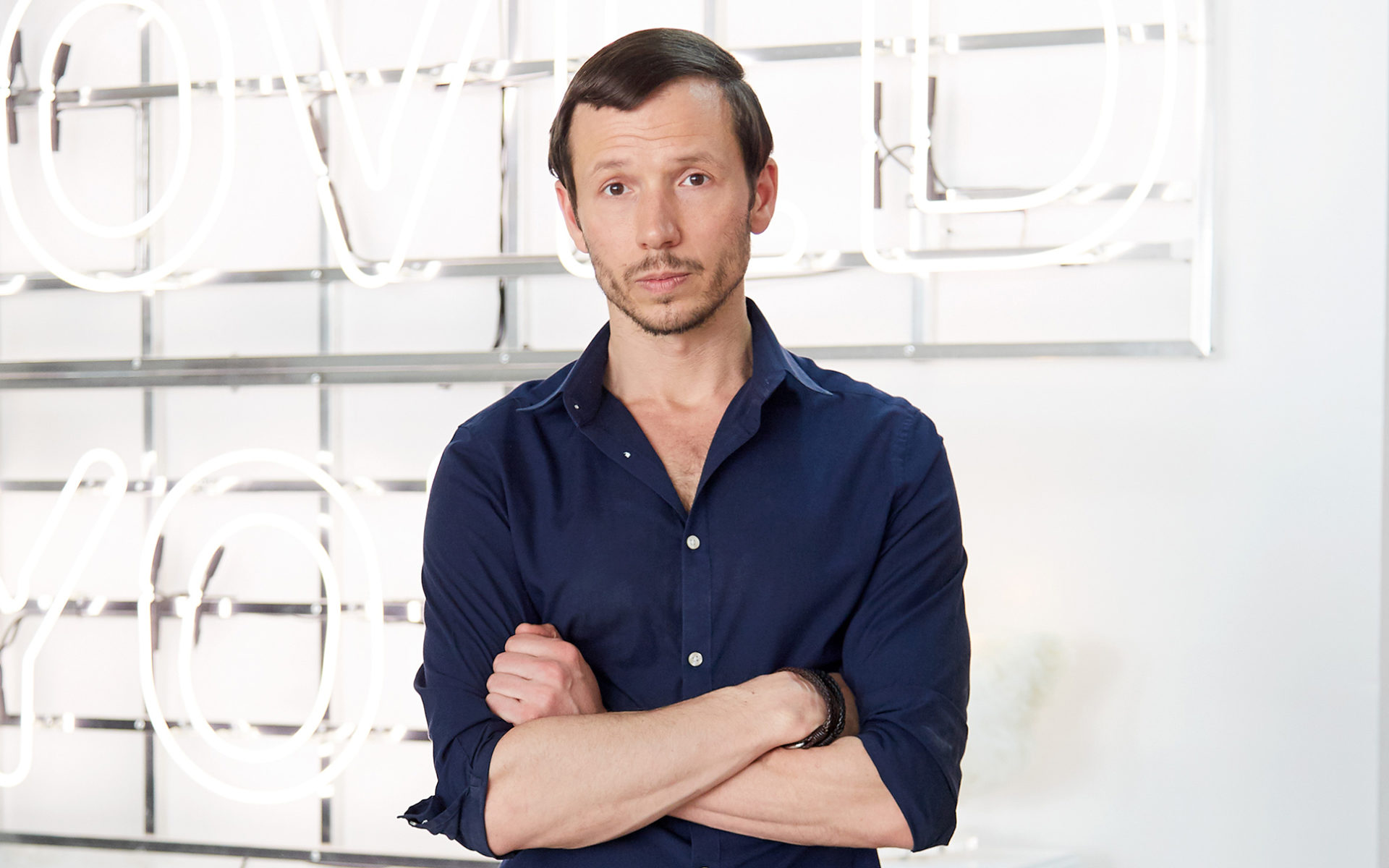 This is a studio where creativity is not encouraged,” declares the Chilean-born artist and designer Sebastian Errazuriz, standing inside his 5,000-square-foot Brooklyn quarters. Indeed, the vast Industry City space, in Sunset Park, operates like a small, controlled factory. It’s divided into a lab, woodshop, design area, and project space, which function as smaller studios. “Having this studio physically divided into areas helps to see bodies of work as they are growing,” Errazuriz says.

For Second Nature, a re-engineered tree sculpture commissioned by the Swiss watchmaker Audemars Piguet for Art Basel, the artist took a real tree and sawed it into planks, which were then cut and glued into uniform blocks. The blocks were robotically carved via 3-D technology and finished by hand to re-create an actual tree. Errazuriz’s mission has never been to use design to solve practical problems. Rather, he mixes art and design to create socially conscious pieces that he calls “functional art.” His Wave cabinet, for instance, crafted of maple slats, opens like an accordion with a swipe of the hand.

His first solo museum show, at Pittsburgh’s Carnegie Museum of Art in 2014, earned him comparisons to Marcel Duchamp and Maurizio Cattelan for inventive works at once playful and provocative. A decade’s worth of objects were on view, including his series “Occupy Chairs,” folding chairs that function as both seat and sign with Pop-style painted messages—“We Are the 99%,” “I’m So Angry I Made a Sign”—taken from Occupy Wall Street protests. Errazuriz at his Brooklyn studio, in front of his 2015 neon-sign sculpture, *Love/Loved*. Photo: Parker Steele

His mirthful unorthodoxy was seen in T for Two, where he took the humble teacup and split it into perfect halves to form a tea set. It’s currently under review at the studio to relaunch alongside a series of other mass-market products. “There’s no purpose for me to make another teacup or chair—they have already been designed,” says Errazuriz. “If I can get you to see something differently, I am incorporating functional design elements that belong to the arts.” A sketch in the studio. Photo: Parker Steele A selection of Sebastian’s tools line the studio wall.