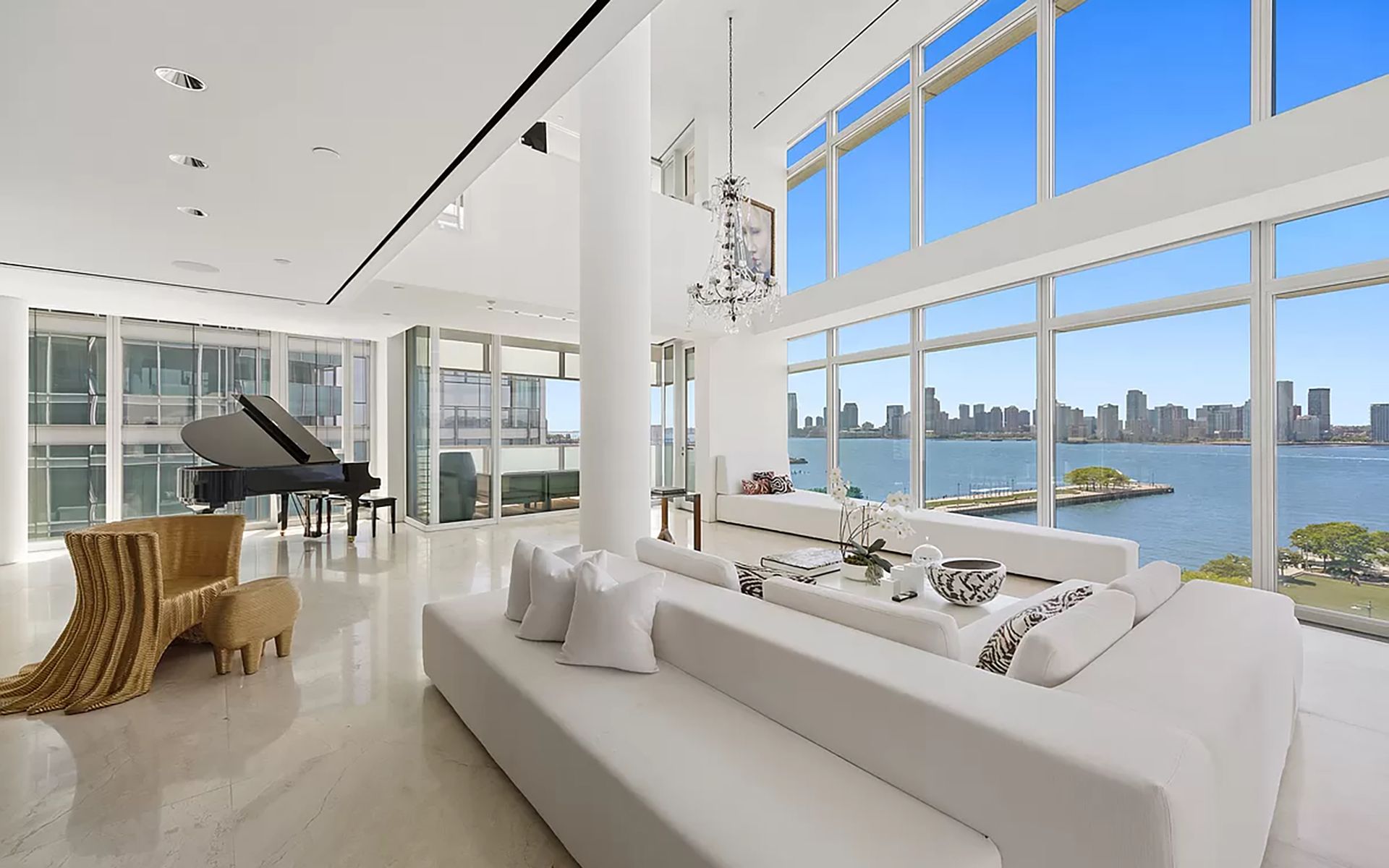 Two-time Tony Award winner Hugh Jackman has listed his pristine West Village triplex for $38.9 million. The X-Men actor, who is currently starring in The Music Man on Broadway, purchased the sun-drenched residence in 2008 from deep-pocketed venture capitalist Bill Joy, the unit’s original occupant, for a reported $21 million.

With direct views of the Hudson River, the 11,000-square-foot condo encompasses the eighth, ninth, and tenth floors of the Richard Meier–designed 176 Perry Street. Built in 2002, the 15-story building is famous (along with its sister tower, 173 Perry Street) for its impressive roster of A-list residents, which at one point included Calvin Klein, Nicole Kidman, and Martha Stewart. 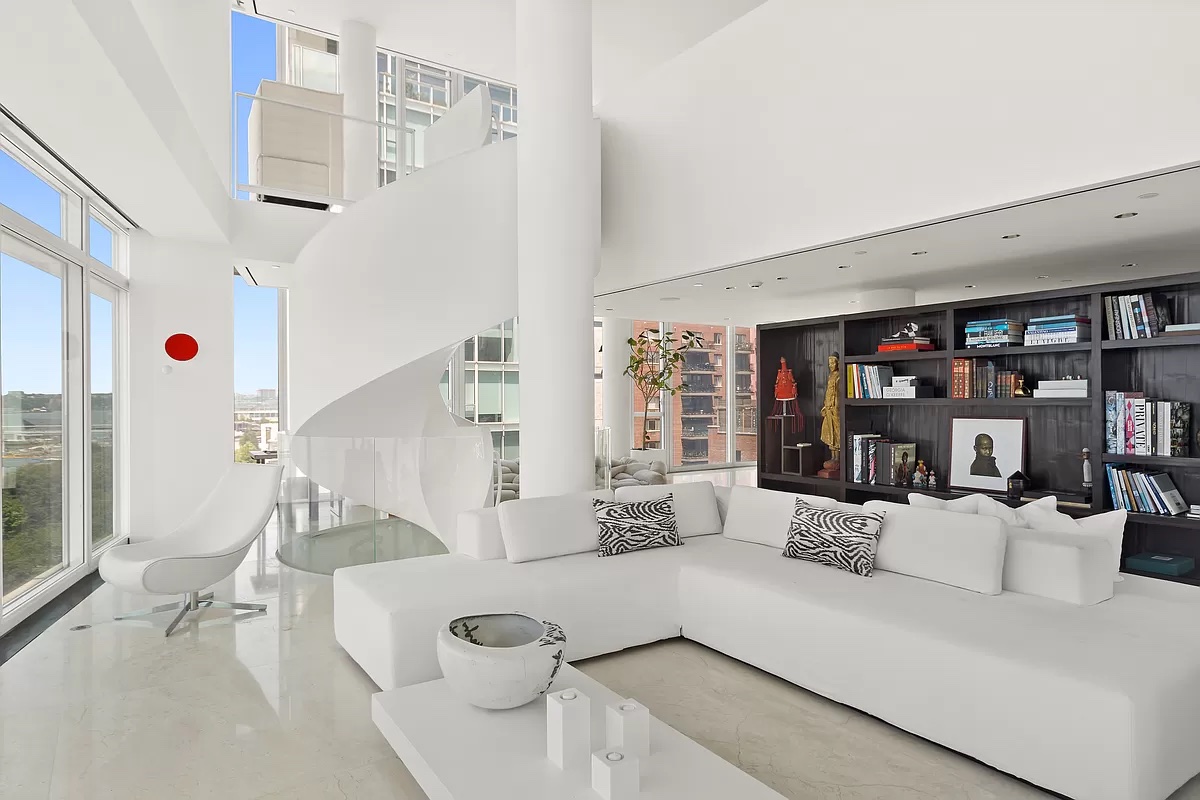 During his tenure as owner, Joy also tapped Meier to devise sleek interiors of the unit, which features a sculptural staircase partially enclosed in glass as well as expansive window walls throughout. There are four en-suite guest rooms on the lowest floor, while the middle comprises public areas and comes with a double-heigh great room and chef’s kitchen. The top level, meanwhile, is entirely devoted the primary suite and boasts a wealth of lavish amenities such as a fitness studio, home office, spa bath, sauna, and dual dressing areas. 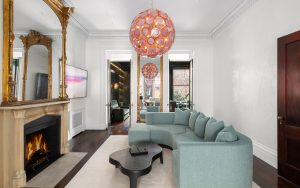 The building itself, of course, comes with its own suite of perks, among them a full-service doorman and concierge, state-of-the-art fitness center, and in-room dining from Jean-Georges Vongerichten’s Perry St restaurant.

The home is listed for $38.9 million with Deborah Grubman, David Adler and Paul Albano of The Corcoran Group. 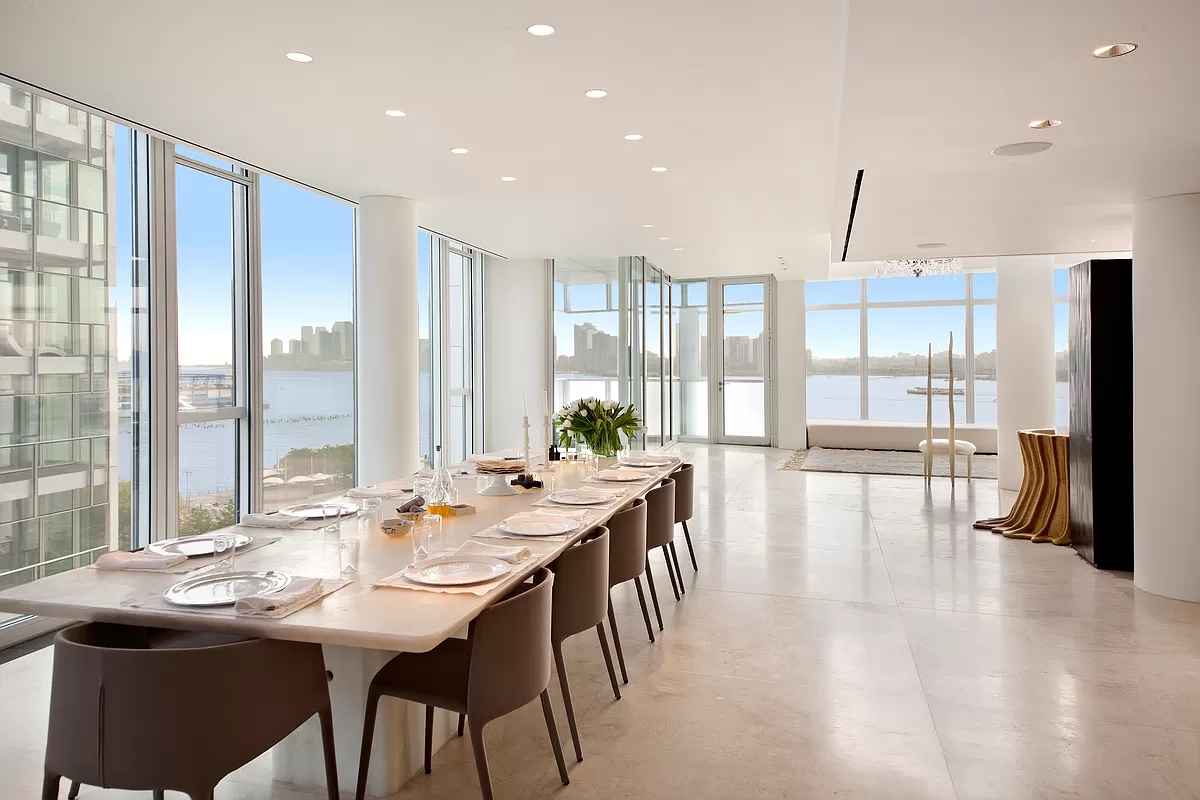 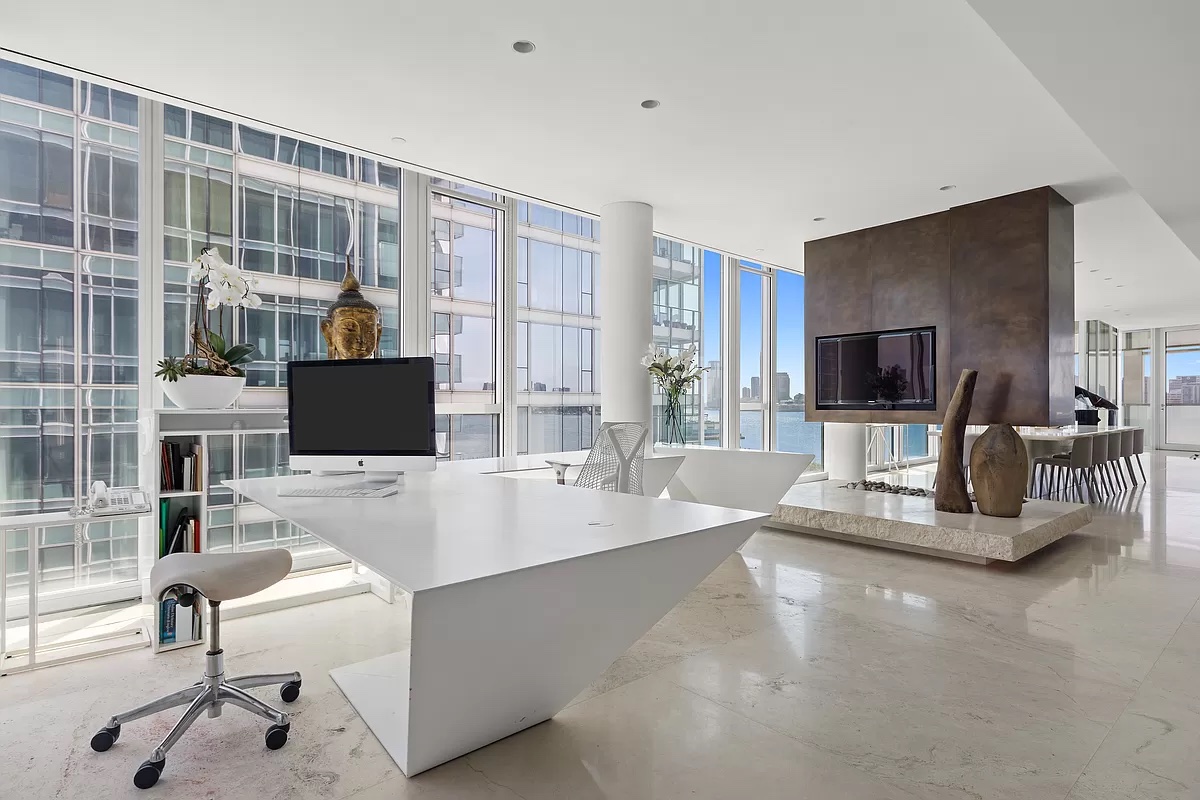 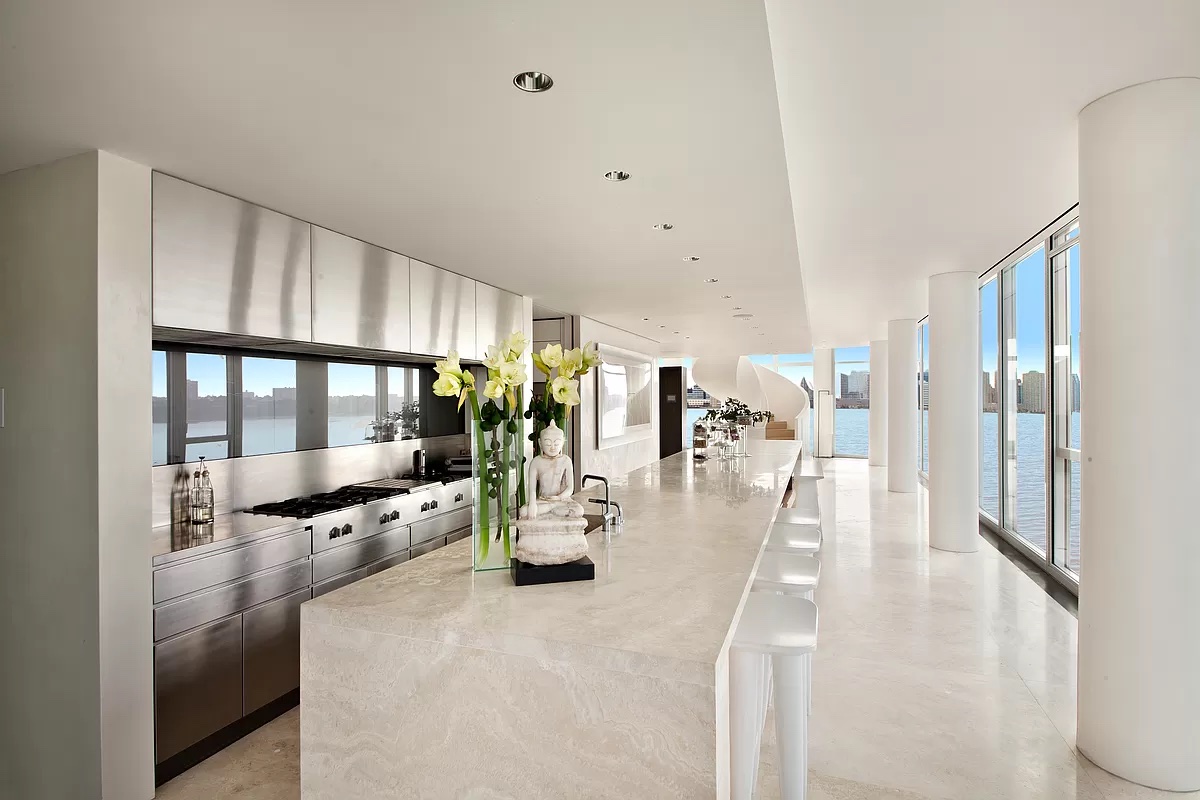 The kitchen. Photo: The Corcoran Group 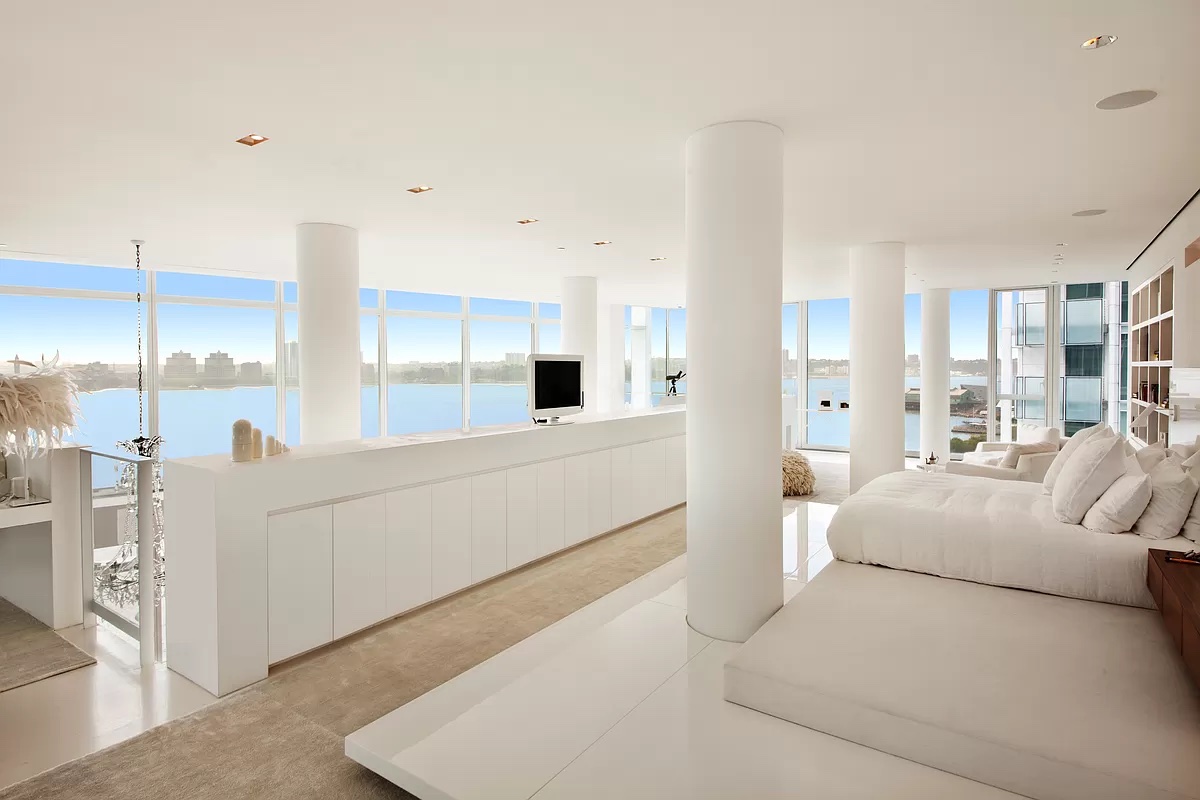 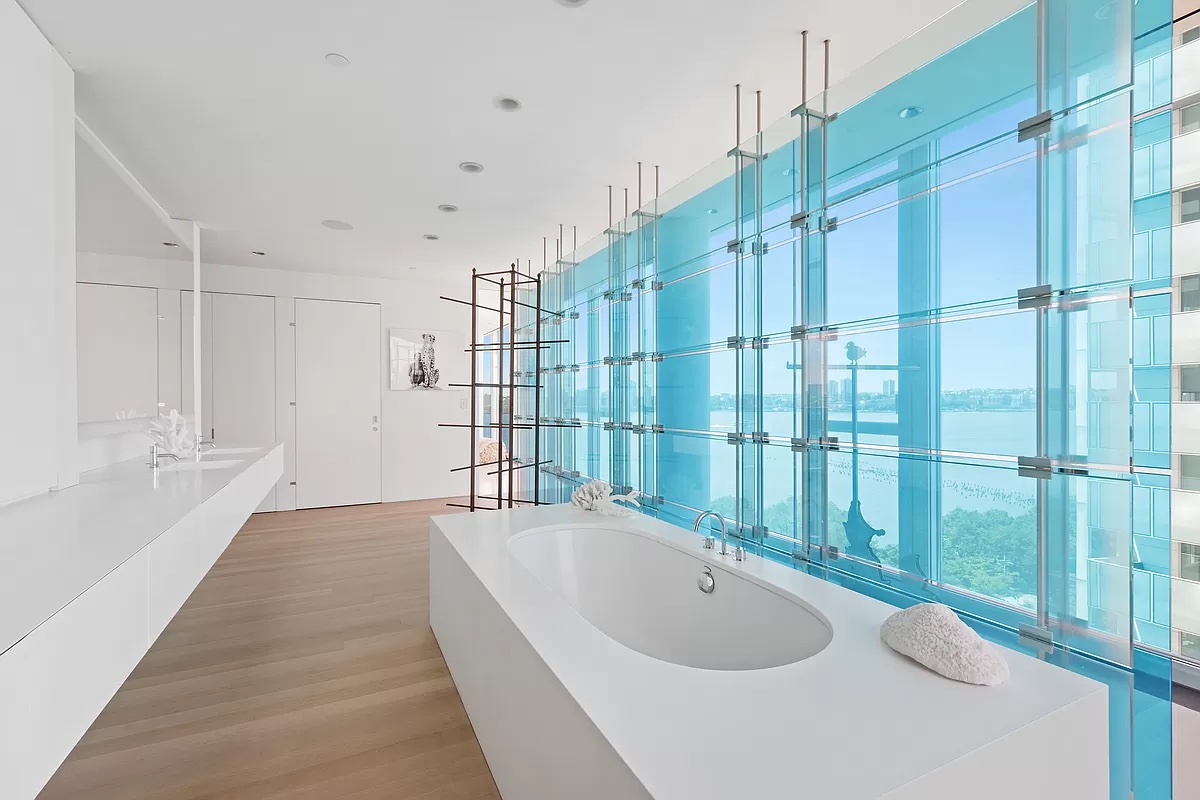 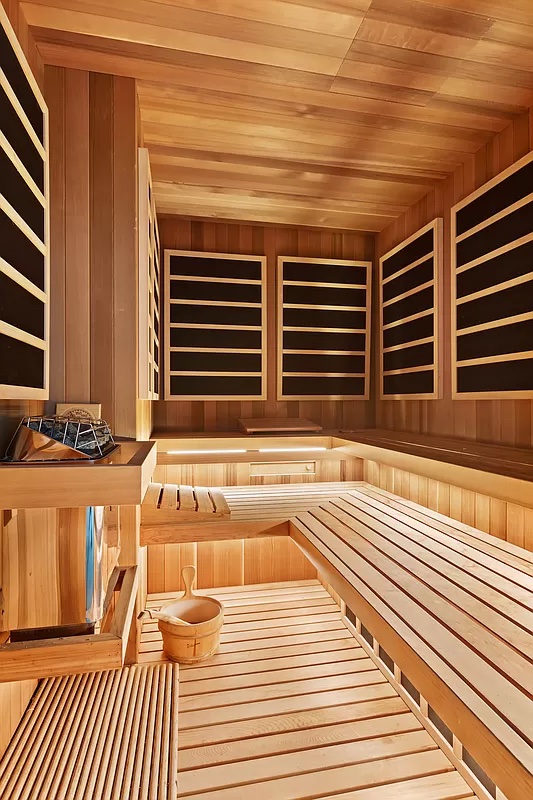 The primary suite floor comes with a sauna. Photo: The Corcoran Group 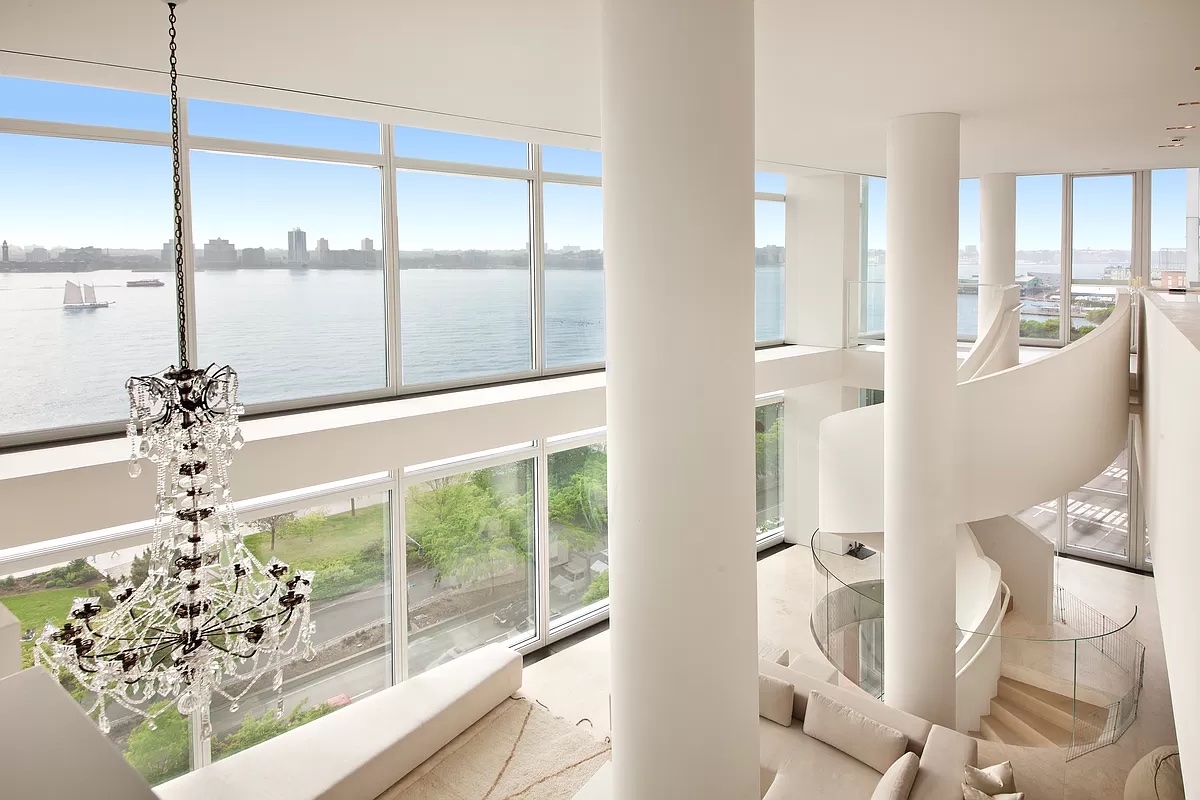 Cover: The great room.
Photo: The Corcoran Group
Next Post