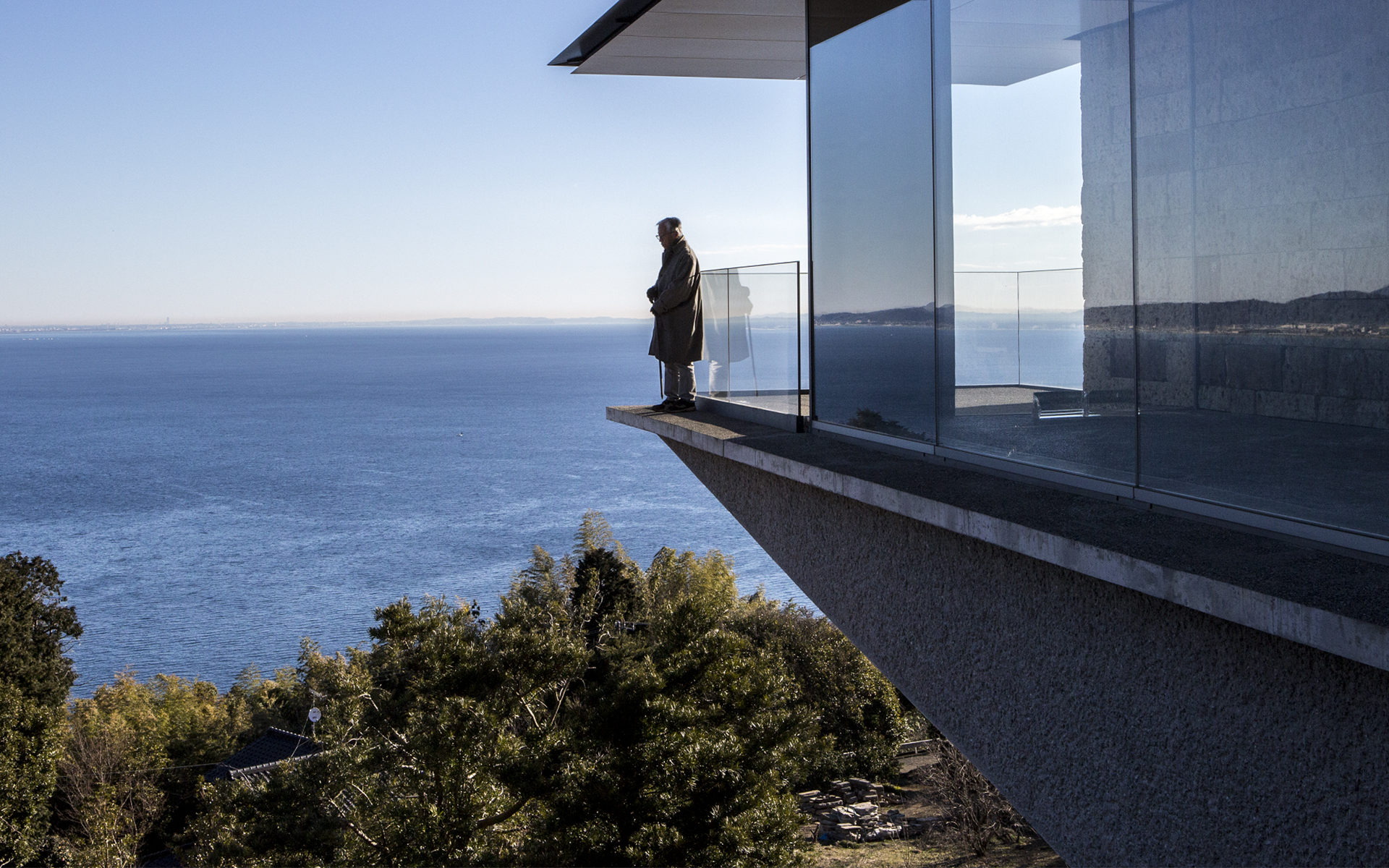 Plenty of architects have dabbled in art—Le Corbusier, Zaha Hadid, and Frank Gehry, to name a few—but not many artists have designed a museum. Now Hiroshi Sugimoto, the Japanese photographer best known for his exquisite black-and-white seascapes, has done just that, with his much-anticipated Odawara Art Foundation Enoura Observatory, which overlooks Sagami Bay in eastern Japan and opened earlier this month. After dabbling in a few commissions in recent years—a project for the Hirshhorn Museum in Washington, D.C.; a private residence in Manhattan—Sugimoto has designed the museum from scratch, the first building he has done both inside and out (he’s unlicensed, so he works with a partner). Built to showcase his meditative, minimalist photos, his sprawling complex incorporates 15th-century gates, a teahouse, multiple performance stages, and a glass gallery that seems to float above the sea. If you can’t make it to Japan, Sugimoto has several shows this fall, with new work on display at the Japan Society in New York City and at the Marian Goodman Gallery in London and Paris. odawara-af.com