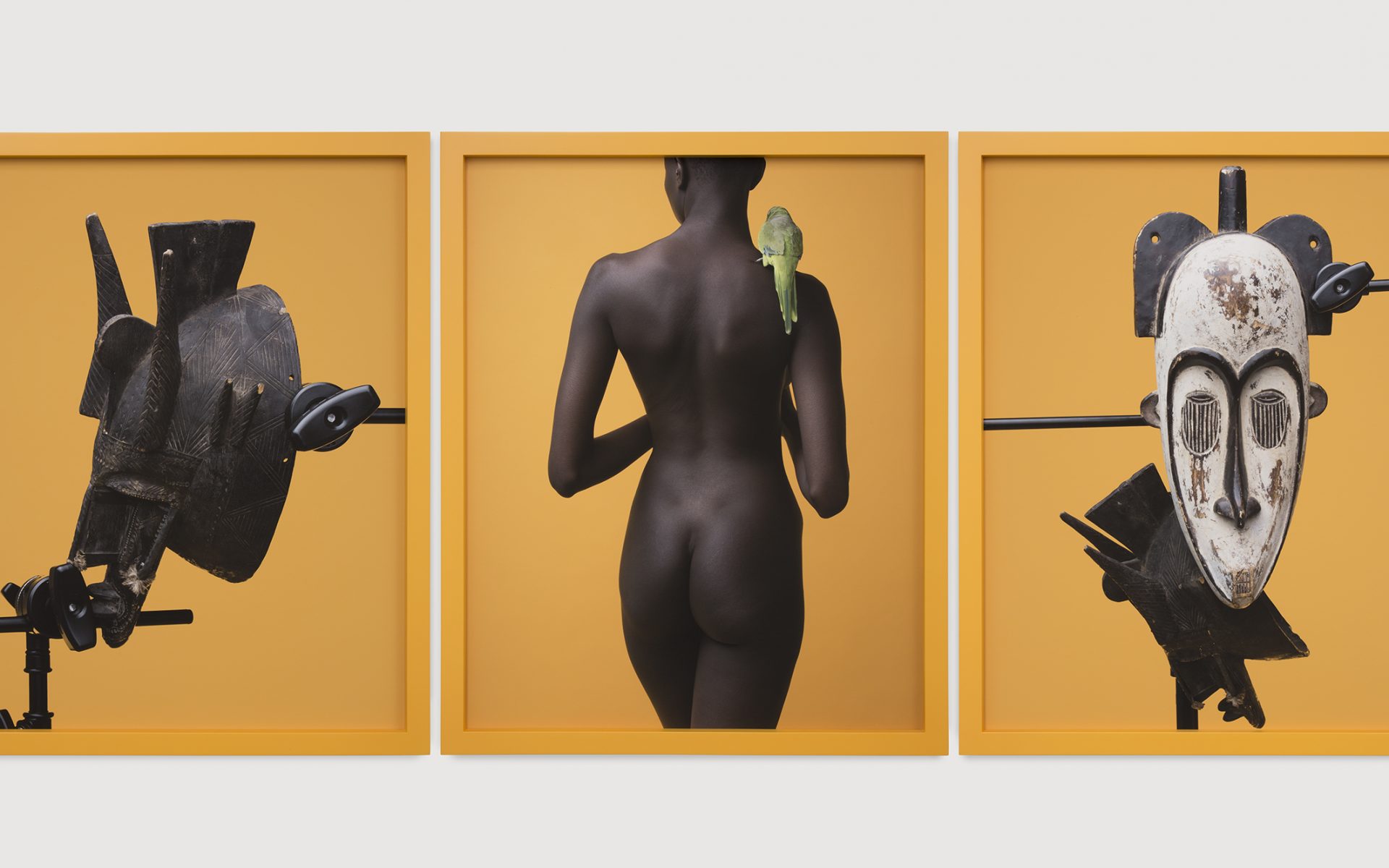 The seventh edition of Expo Chicago offered noteworthy sales and a ‘convening moment’ for curators, dealers, and artists

An international art fair serving America’s Midwest, the seventh edition of Expo Chicago, which opened to the public on Friday, September 28, and ran through September 30, returned to the city’s famed Navy Pier with 135 galleries representing 27 countries and 63 cultural capitals from around the world.

“Meaningful projects need time for maturation—it takes time for traditions to kindle and become visible,” Expo Chicago president and director Tony Karman told Galerie during the VIP preview. “Going into year seven we have the consistency of great exhibitors and strong programming, along with an ongoing commitment to collaboration with local institutions. It’s essential to remind people that Chicago is an extraordinary city with great institutions, galleries, and artists, but equally important to let our exhibitors know that they are in a city that truly values their participation and supports them in their sales.” Sales were underway within hours of collectors hitting the aisles of the main Galleries section of the fair, with New York’s Lévy Gorvy selling Pat Steir’s large-scale 1989 painting Ancient Waterfall for $750,000 and Half Gallery, also from New York, nearly selling out its booth of colorful figurative and abstract canvases, priced between $7,500 and $16,000, by 2018 Yale MFA grad Vaughn Spann. Galerie Templon, from Paris and Brussels, also scored quickly with the sale of Iván Navarro’s 2017 sculpture Revolution V—consisting of five stacked drums displaying the words demand, clamor, strike, blast, and rise in neon with mirrors that repeat the chant while creating the illusion of depth in each of the variously sized instruments—for $185,000. Iván Navarro, Back to Square One, 2017. Photo: Chris Stach, Courtesy of the artist and Paul Kasmin Gallery

Navarro’s light works were highly visible throughout the fair: Kasmin (the artist’s New York gallery) presented his word-repeating, concrete poetry piece Back to Square One (2017) on the outer wall of its booth, and Metal Electric Chair (2017), a riff of Gerrit Rietveld’s celebrated Red Blue Chair, and his series of neon and mirrored water towers, “This Land Is Your Land” (2014), were on view in the fair’s In Situ section for public sculptures, located both inside and outside of the exhibition hall.

Several exhibitors in the Galleries section paid homage to Chicago, with New York’s P.P.O.W offering Ann Agee’s magnificent Lake Michigan Bathroom, a blue-and-white ceramic installation about bodily functions and the economy of water that the artist crafted at Kohler’s artist residency and famously exhibited in the New Museum’s “Bad Girl” show in 1996. Salon 94, also from New York, presented local artist Carlos Rolón’s new “Gild the Lily” garden paintings, which mix floral patterning with gold-leaf grandeur. A child of Puerto Rican parents, Rolón had a turbulent installation of art and debris commemorating Hurricane Maria in a booth shared by Salon 94 and the Joyce Foundation and a more exotic, site-specific installation in the Flag Art Foundation’s fun-filled satellite show, “But I’m on the Guest List!” at the Peninsula Chicago. As expected, Chicago’s venerable galleries were well-represented, with Richard Gray, Kavi Gupta, and Rhona Hoffman exhibiting a potent mix of artists from their stables. Monique Meloche Gallery, however, separated itself from the pack with a powerful presentation of up-and-coming artists—including Sanford Biggers, Ebony G. Patterson, and Brendan Fernandes, who has a solo exhibition at the DePaul Art Museum, and showed a series of figurative prints in its booth at the fair. Corbett vs. Dempsey distinguished its group presentation with a selection of paintings from 1968 that were made in protest after the Democratic National Convention by Chicago artists Seymour Rosofsky, Ed Flood, Art Green, William Weege, and Robert Donley, alongside contemporary works that similarly reflected a spirit of defiance. Solo shows are also a standout at any art fair, and Expo Chicago featured a number of compelling ones this year. The late works of Dutch conceptual artist Ger van Elk filled the shared booth of the Amsterdam-based dealers Grimm and Borzo Gallery, which mounted his final solo exhibitions from 2012, “As Is, as Was” and “As Was, as Is.” The hanging here featured the artist’s hybrid series of “Conclusion” paintings, consisting of photographs of Spanish village scenes printed on canvas and primarily painted out to show imagery only at the edge, and a striking series of portraits of female friends printed on clear acetate sandwiched between layers of Plexiglas and smartly displayed. Awol Erizku, Study of the body with a Mask, 2018. Photo: Courtesy of Night Gallery

Notable one-person exhibitions in the Profile section of the fair included Sara Rahbar’s poetic assemblages mixing tools of workers’ trades with flags and cast body parts, priced between $38,000 and $62,000, at Dubai’s Carbon 12; Fu Xiaotong’s sublime installation of pinpricked, handmade paper that ebbs and flows like waves through her multipaneled piece, priced at $33,000 per panel, at Chambers Fine Art, from New York and Beijing; and New York’s Derek Eller Gallery’s showing of whimsical works on paper, priced from $10,000 to $65,000, by Chicago Imagist artist Karl Wirsum, who is featured in the Art Institute of Chicago’s newly opened exhibition “Harry Who? 1966–1969.”

The Exposure section, which highlighted younger galleries selected by Creative Time Director Justine Ludwig, had its fair share of salient solo shows, too. “The desire was to create a diversity of creative visions within the context of the fair,” Ludwig told Galerie. “I wanted to show artists that you might not be accustomed to seeing in this context, while making sure there was a wide-ranging vision of what contemporary artistic practice is today.” Catching our eye were three shows of emerging African artists. Awol Erizku offered new color photographs of seductive still lifes combining the tools of photography with African artifacts and nude models at Los Angeles’s Night Gallery. New York’s Sapar Contemporary displayed 34 drawings by Phoebe Boswell of a surreal army of women with eyes for heads hung on charcoal-smudged walls with scattered rocks to create a landscape environment for her rambling figures. And Clotilde Jimenez presented large-scale collages of referential motifs from such modernist artists as Manet and Matisse, along with a pair of big sculptural heads of black children, expressively created in clay and cast in bronze, at Seattle’s Mariane Ibrahim.

“An art fair is an important and unique experience,” Karman summarized for us. “It’s a convening moment for all of us that care—the artists, gallerists, curators, advisors, and collectors. A convening moment—done right—is a powerful thing, and I hope that we are able to create the right mix to continue to make Expo Chicago viable for many years to come.”