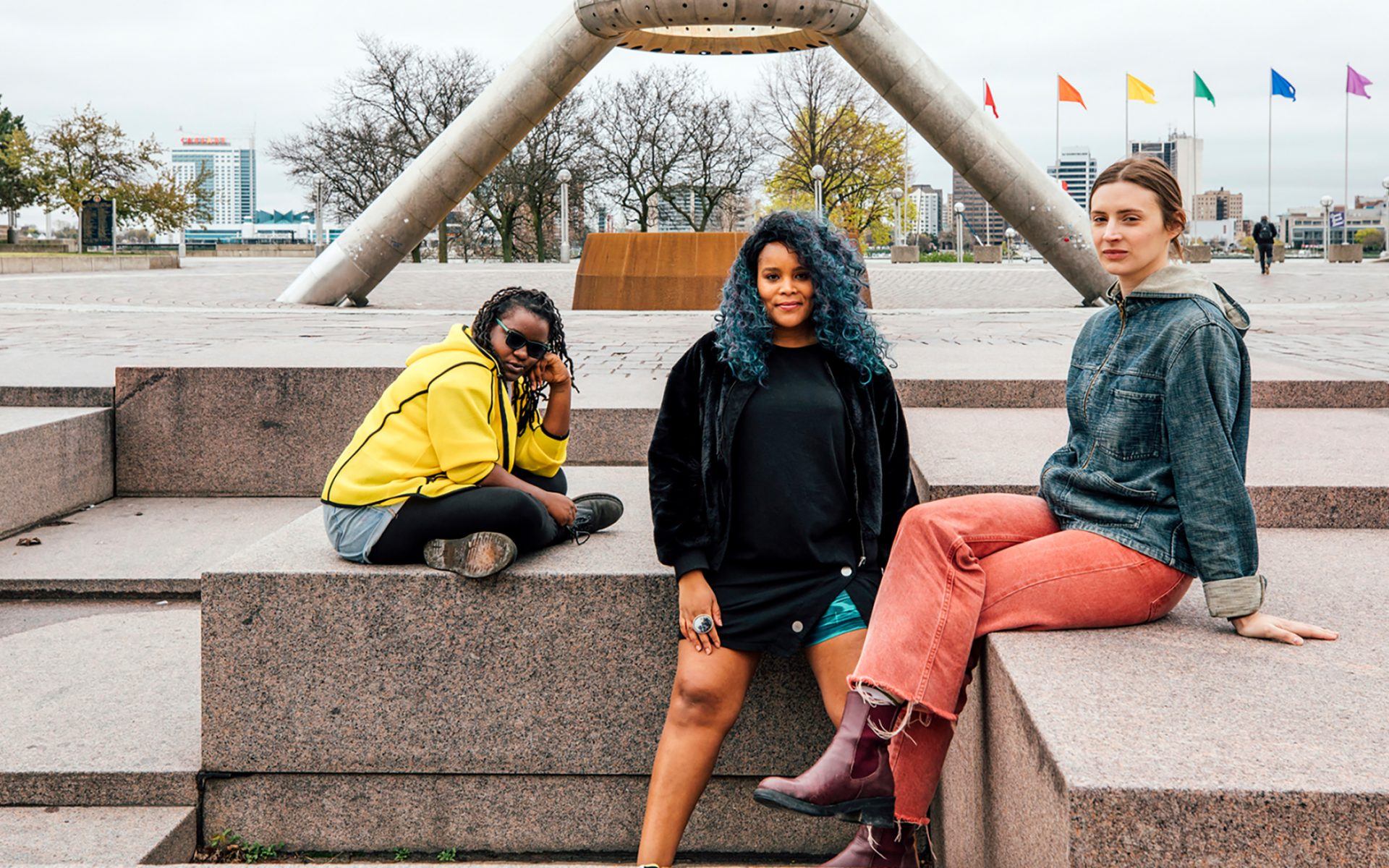 The citywide affair lets visitors experience Detroit through an array of cultural events, including studio visits, tastings, and parties

Joining a growing number of artists who have called Detroit home, thanks to its low cost of living, a slew of culture buffs have arrived in Motown for the five-day event, which promises more than 30 exhibition openings as well as a handful of performances and talks.

Young Curators, New Ideas V offers visitors a dozen individually curated presentations installed in separate rooms at Trumbull + Porter Hotel, a new hot spot located in the city’s burgeoning Corktown enclave. The hotel’s history dates to the 1960s, when it opened as a Holiday Inn during the city’s economic heyday. Benefiting from its midcentury aesthetic, the accommodation blends contemporary and urban vibes with an homage to an era that shaped the city’s current texture.

Here, Brooklyn artist Amy Khoshbin is a standout with her Tiny Scissors Tattoo Parlor Detroit, a participatory project in which Khoshbin offers line-drawn tattoos based on the question of “What is the opposite of a weapon?” Using her intimate time with participants to talk about gun violence, Khoshbin and exhibition curator Amanda McDonald Crowley ask the public to contemplate the history of violence in a city where riots have had enduring consequences, particularly on the African-American community.

Another must-see exhibition across the hotel belongs to Colombian artist Sebastián Villamil, whose All-Inclusive Fantasy Suites fills a room with Disney-themed objects to its brim, immersing visitors in a psychedelic excess of whimsy and eeriness. Organized by Cranbrook Museum’s curatorial affairs manager, Isabella Achenbach, who came across the artist’s sculptures of off-brand Disney merchandise in Bogotá two years ago, the colorful intervention includes bathrooms and slippers reading “Fantasy Suite” in typical Disney typeface, manufactured by the artist at a factory in his hometown. Note the towels, bedspreads, and pillows emblazoned with Snow White or Sleeping Beauty based on the artist’s versions of the figures, which subvert conventions of heteronormativity, beauty, and labor. Experimental art space and a cultural partner of DAW, Red Bull Arts Detroit opens its doors on July 19 to an exhibition dedicated to its three resident artists: Kearra Amaya Gopee, Pamela Council, and Claire Lachow. Work they completed during their three-month residency includes photography, sculpture, and web art, tapping into issues of race and rewriting of mainstream histories. James Benjamin Franklin, Scars in Armor, 2019. Photo: Courtesy of the artist and Reyes|Finn

Of local galleries that bolster Detroit’s national reputation, Reyes|Finn celebrates its new space in Corktown with “Whole in the Dust,” an exhibition of new paintings by local artist James Benjamin Franklin, who created his sculptural works washed in bright colors and thrift-store or Ikea-bought fabrics at his 2,000-square-foot studio. Franklin’s hands-on process involves creating loosely formed epoxy canvases and implementing materials such as bath mats, carpets, and clothing.

Detroit Art Week is open across the city until July 21.