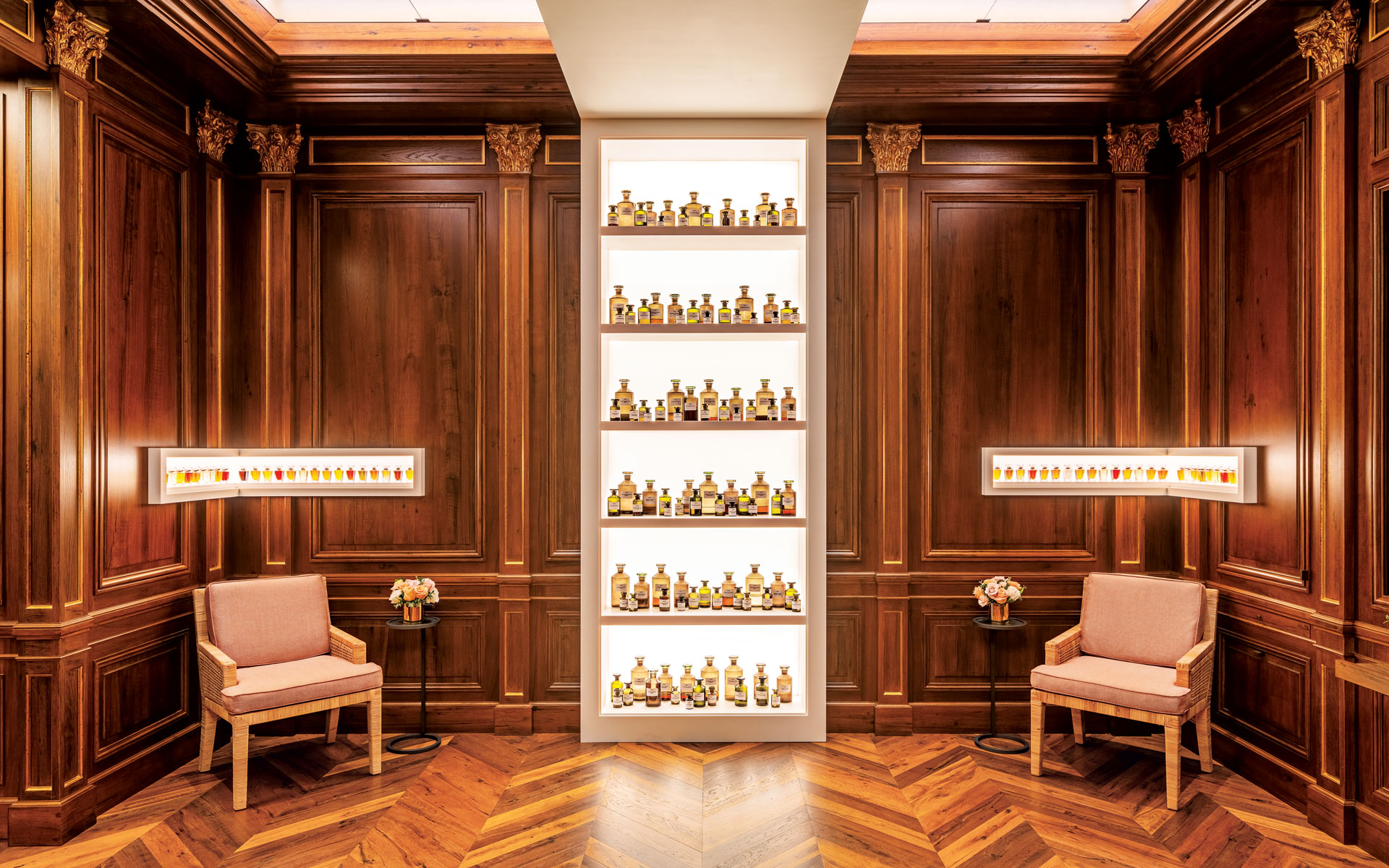 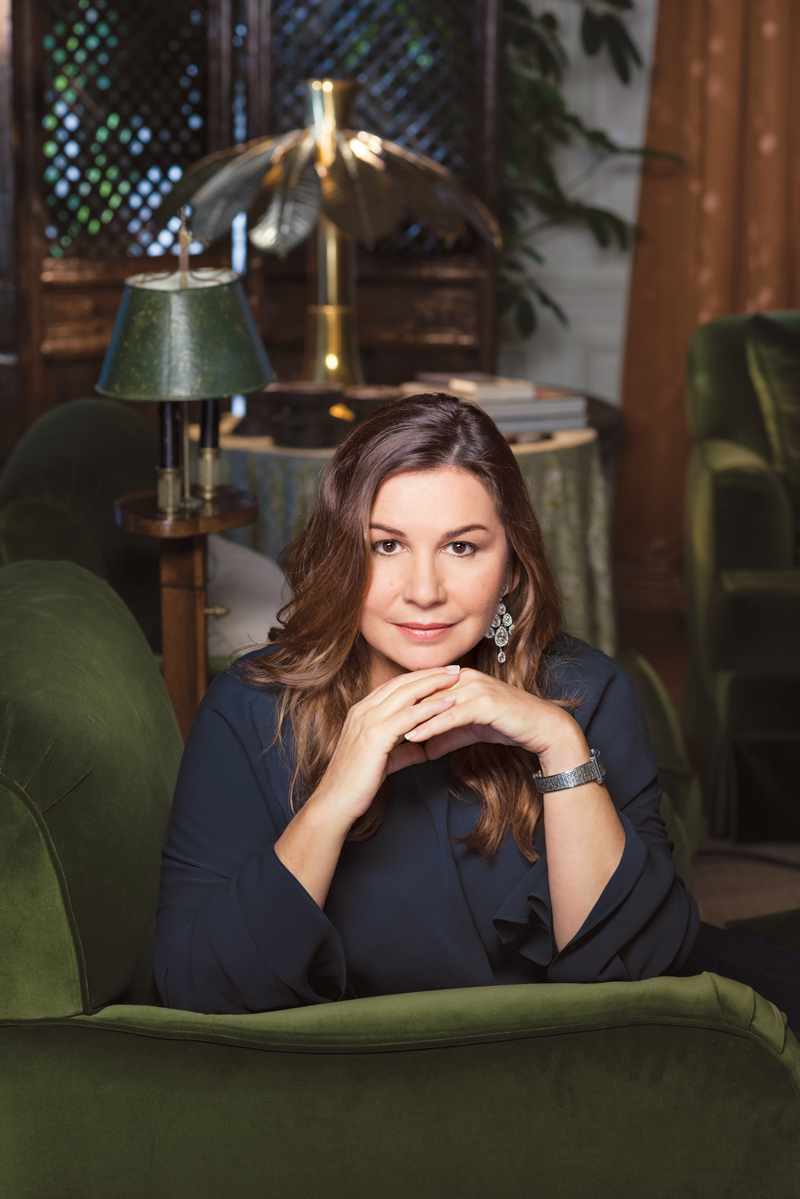 There’s no art that’s as complicated as perfume,” says Anne-Lise Cremona, CEO of the French haute parfumerie Henry Jacques, “and there’s no art also that’s as intimate, as emotional, as perfume.” Cremona has accumulated a lifetime of expertise in the art of high-end scents, which she is now sharing with the world as she steadily opens the doors of a handful of remarkable boutiques.

The latest retail debut, in Beverly Hills, marks the first location for Henry Jacques in the U.S. Designed by the brand’s artistic director, architect Christophe Tollemer, the atelier captures the spirit of a classical 19th-century French apartment, with solid old oak walls and chevron-pattern floors. A sculptural Bianca chandelier by Porta Romana dangles from the matte gold ceiling. An arresting display of flasks, beakers, and other containers pays homage to the company’s original laboratory in Grasse, France, where Cremona’s father, Henry Cremona, established the exclusive maison in the 1970s.

Decorative recesses showcase handblown crystal bottles filled with fragrances from Les Classiques de HJ, a selection of 50 signature scents handpicked from a library of over 3,000 created throughout Henry Jacques’s history. Here, shopping is almost secondary; a visit is meant to be an act of exploration filled with hidden cabinets, secret drawers, and a double-sided leather display chest. “You enter another world, and you discover surprises,” says Cremona. 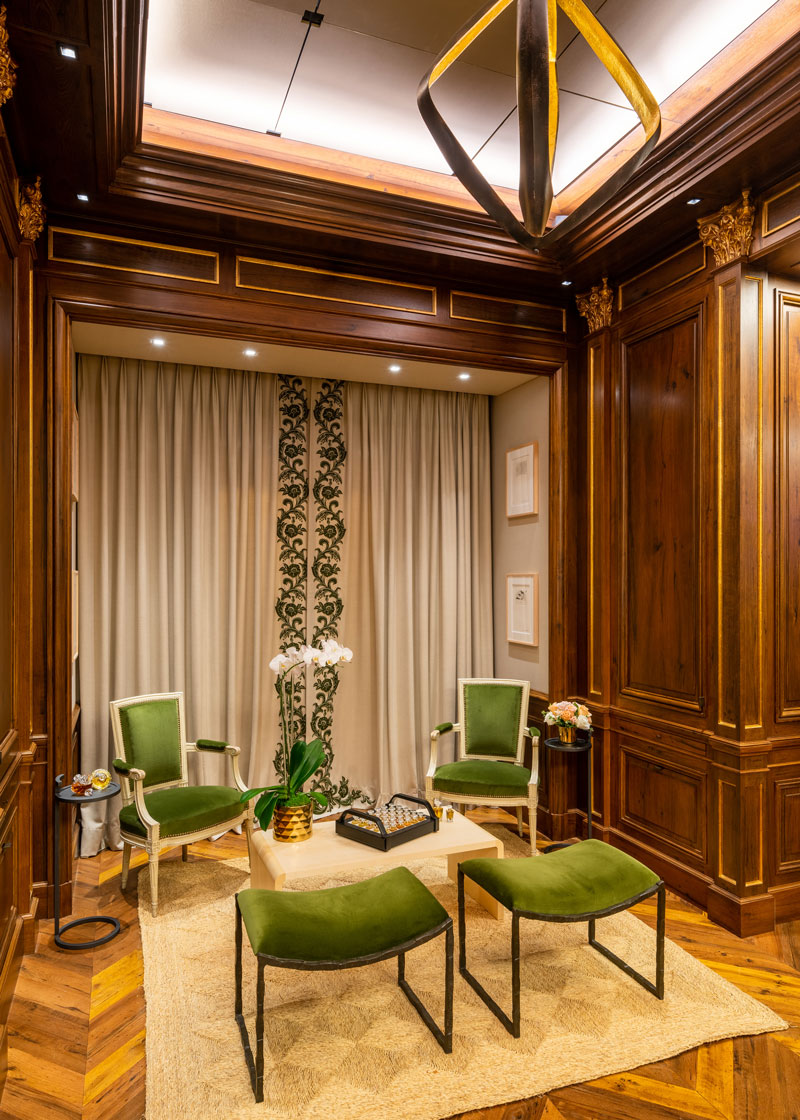 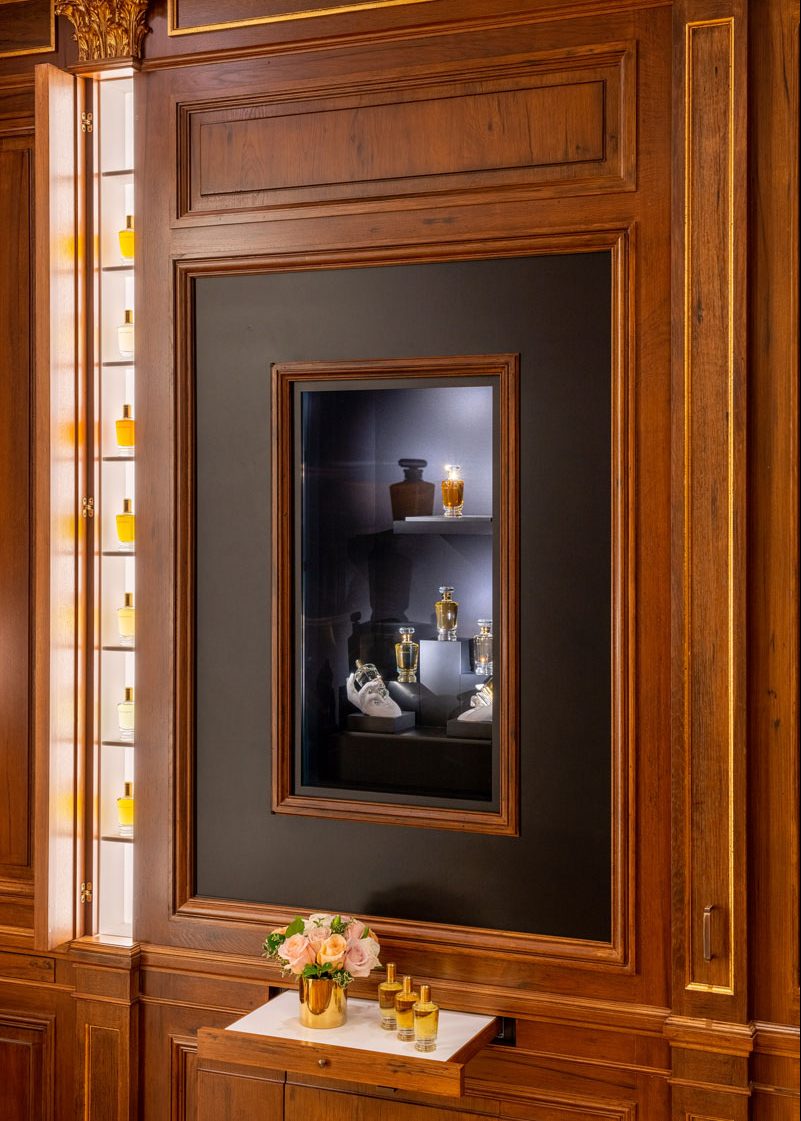 “You enter another world, and you discover surprises”

A decade ago, Henry Jacques was more of an insider’s club, producing bespoke creations for private clients. The tradition of sur mesure fragrances remains at the heart of the brand, but Cremona has broadened the scope by introducing Les Toupies, scent pairs created to harmonize with each other or stand on their own, which are housed in elaborate flacons conceived by Tollemer to embody their essences. 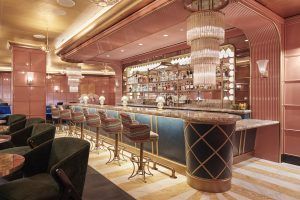 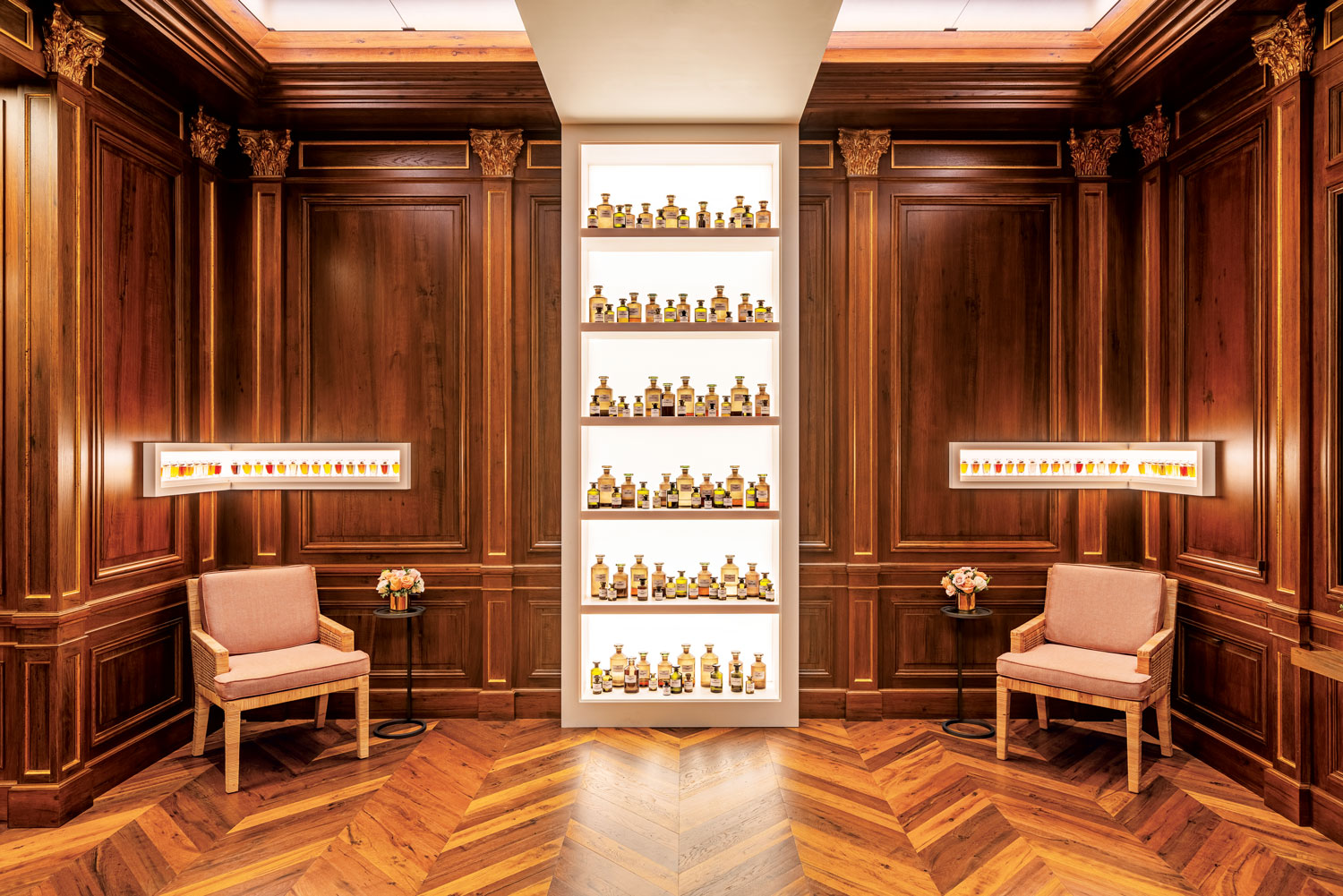 Like other worldwide storefronts, the Beverly Hills boutique claims its own regional exclusives. Bonjour for Men—a fougère leather scent with aromatic notes of pine needle, clove, and tobacco—has an undeniably California-style brightness to its elegant formula. Meanwhile, Rain Lady, a woodsy floral with notes of freesia, orange blossom, jasmine, and sandalwood, has a misty, almost cinematic quality that conjures an allée after an afternoon rain shower. “As with a beautiful painting, you have this depth,” says Cremona, “and that’s exactly what we have in the composition of our perfumes.” 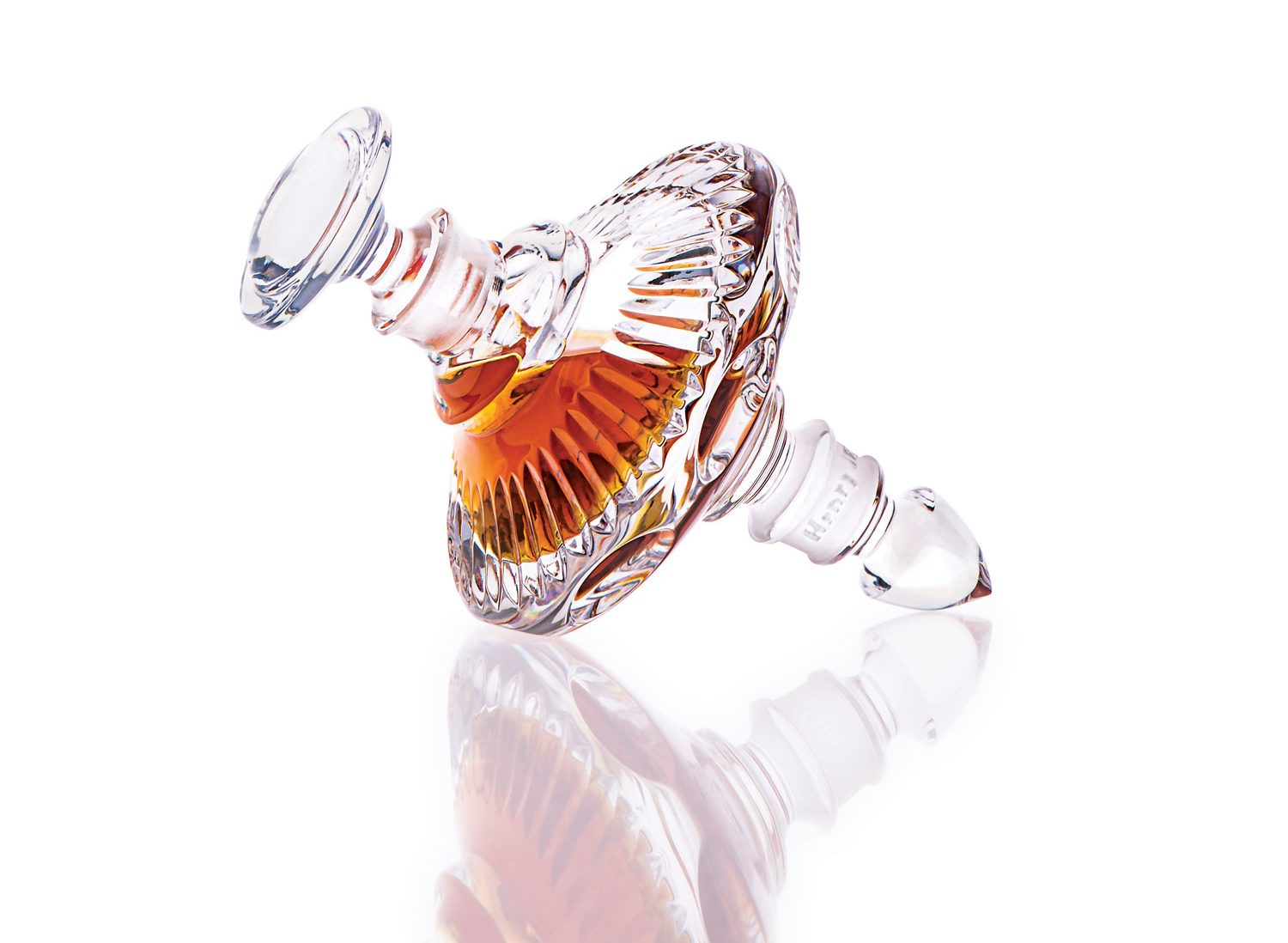 A version of this article first appeared in print in our 2021 Spring Issue under the headline “Scents of Self.” Subscribe to the magazine. 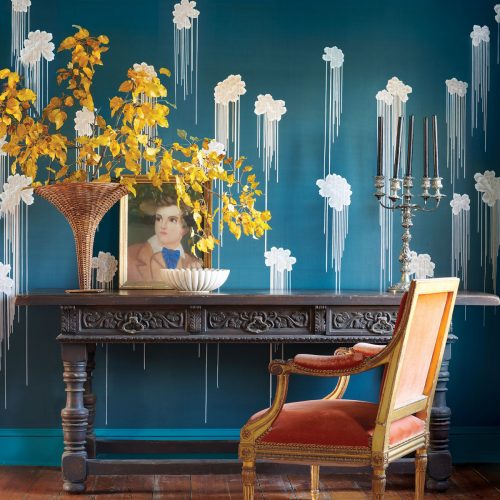 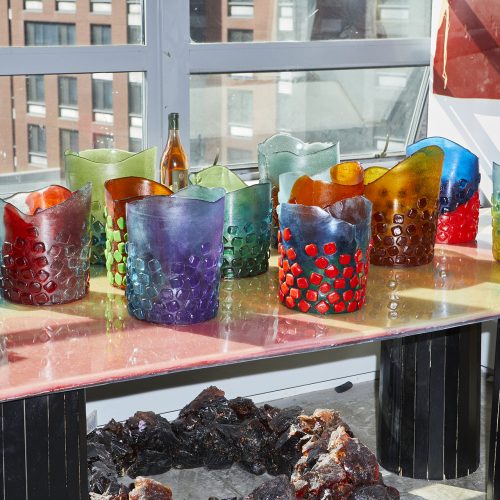 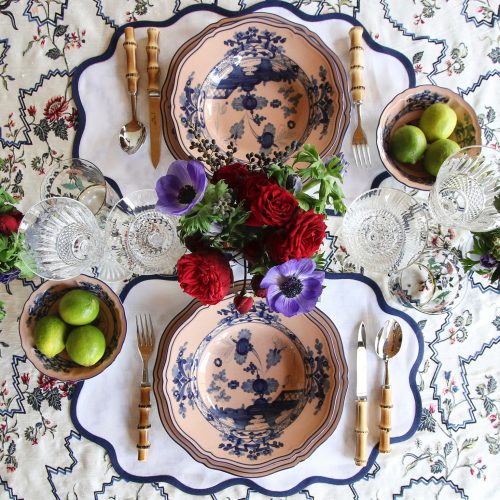 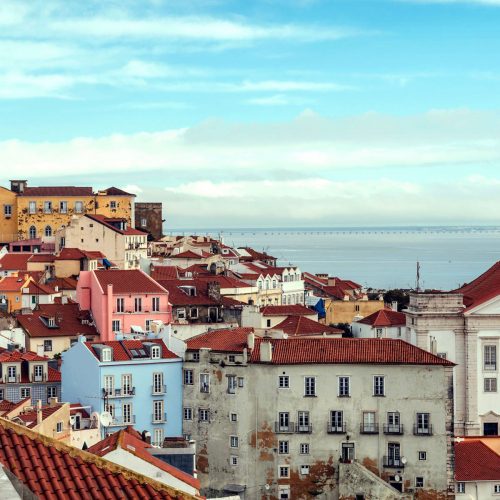 17 Sophisticated Products to Drum Up Your Sense of Wanderlust