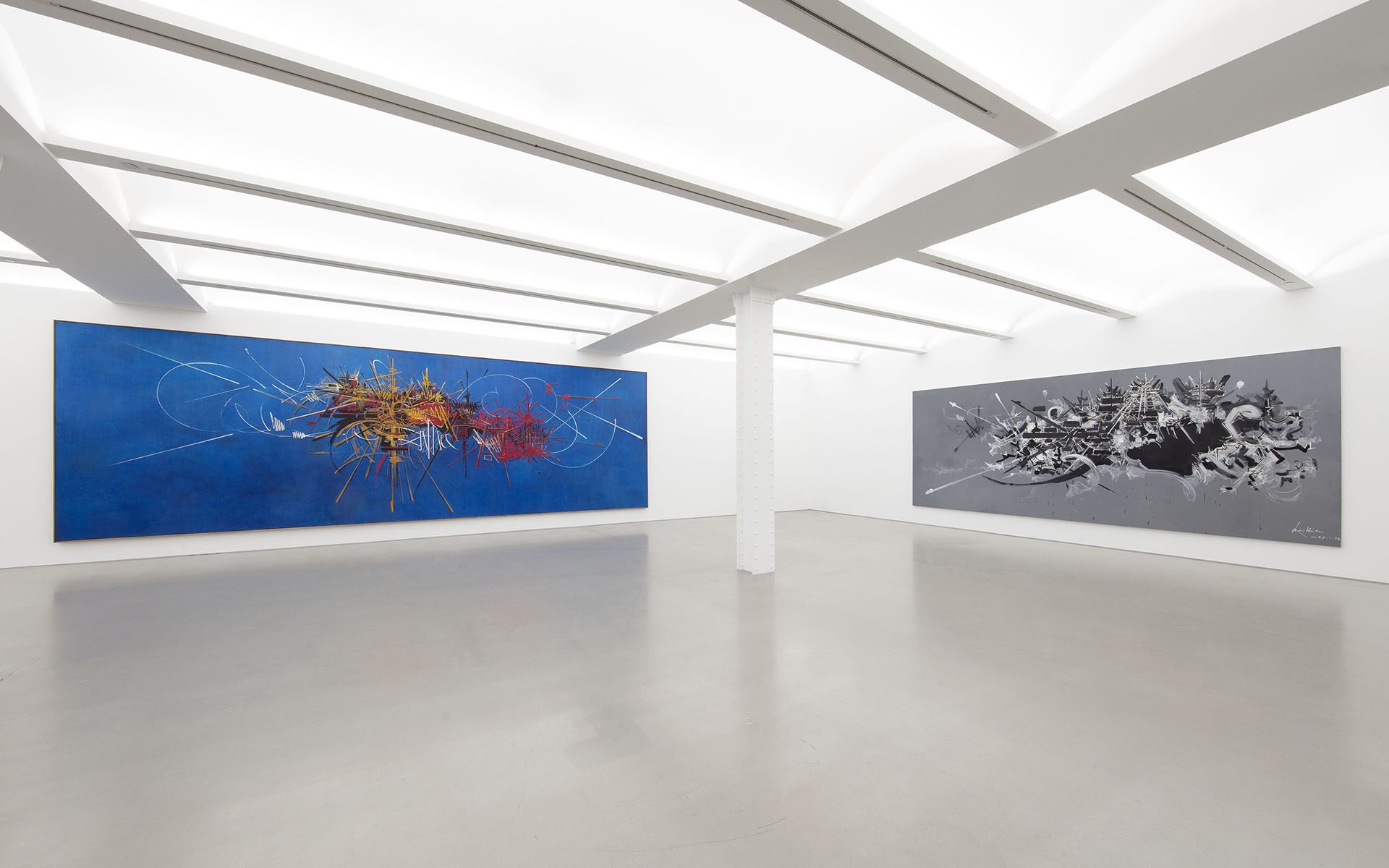 Why French Abstract Painter Georges Mathieu Is Ripe for Reevaluation 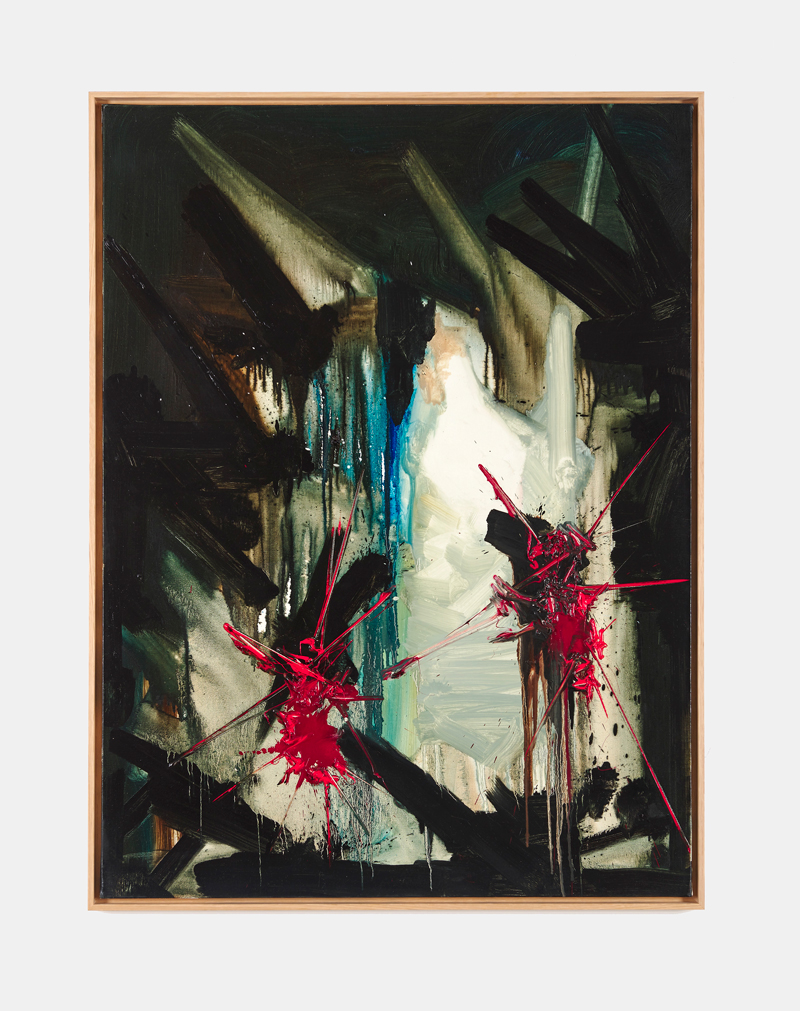 The founder of the European art movement known as Lyrical Abstraction, Georges Mathieu was one of the most celebrated artists in France from the 1950s through the ’70s. But as styles and interests changed, he was forgotten as quickly as he rose to fame.

Helping to transform the artistic nature of abstraction from geometric to gestural, Mathieu became an active player on the burgeoning New York art scene in the early 1950s, while simultaneously organizing exhibitions of the American Abstract Expressionists—including Jackson Pollock, Robert Motherwell and Hans Hoffman—paired with their European counterparts in Paris during the same period. After multiple New York exhibitions and numerous American museum acquisitions, he fell from grace on this side of the pond when he began creating his spirited canvases before live audiences. 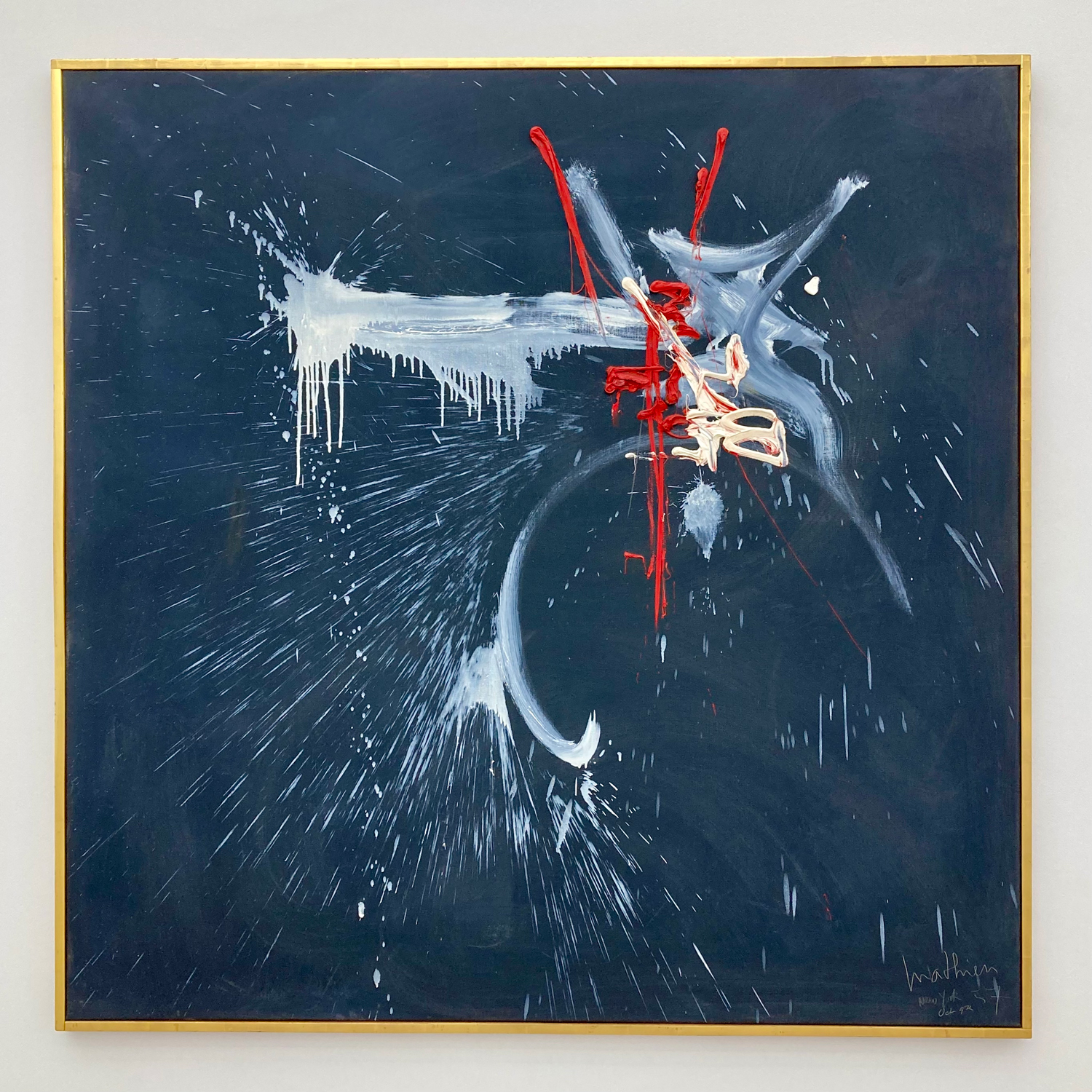 A number of New York artists, critics and collectors disdained the theatricality of his process and the speed at which he painted, but he gained notoriety in Japan and elsewhere for the very same reason. Influential on the Gutai artists in Japan, where he famously created twenty-one paintings in three days and painted six large canvases during live performances on his first visit in 1957, and the Viennese Actionists, as several of the soon-to-be movement’s artists were reportly in the audience when he made a massive painting live on stage with a musical accompaniment in 1959, he established a personal brand of action painting.

A precursor to Yves Klein’s performative paintings, where nude women were employed as human paintbrushes to make his Anthropometries, and Niki de Saint Phalle’s Shooting Paintings, where embedded pouches of paint were burst onto the surface by her firing a rifle, Mathieu later won a competition to design a 10 Franc coin, which was in circulation from 1974 to 1987. He was also commissioned to design a French postage stamp, a logo for a television network and a series of popular travel posters for Air France; but the focus of his two solo shows is his contribution to contemporary art through painting. 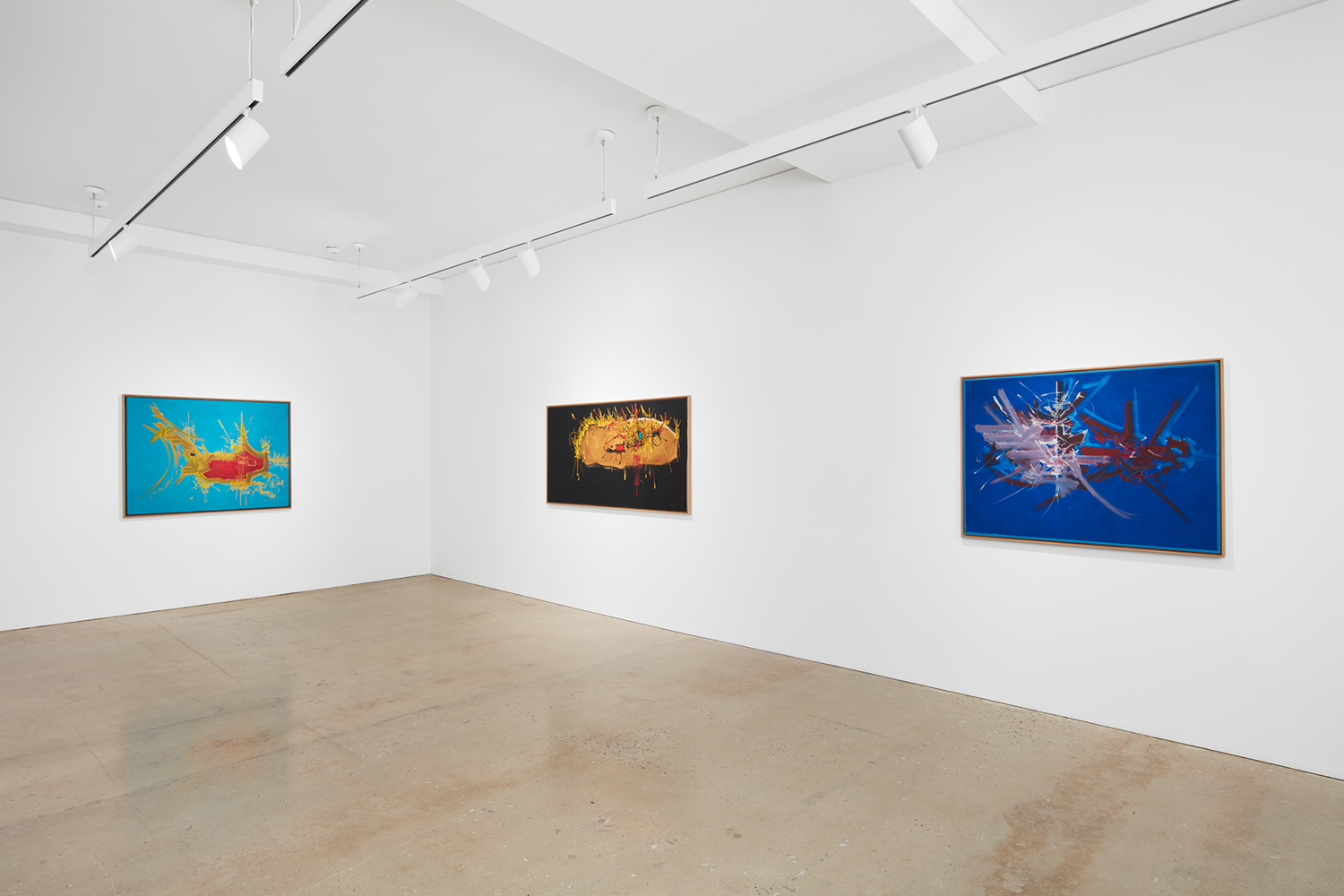 The Perrotin show starts with three enormous canvases, including The Victory of Denain, which Mathieu painted in a live performance at the Musée d’Art Moderne de la Ville de Paris for his critically acclaimed 1963 retrospective at the museum. It was painted with long brushes, that the artist wielded like a swordsman when energetically striking the canvas, and tubes of paint, which he applied directly on the surface of the painting, as though they were markers for making calligraphic codes.

Upstairs, there are dynamic works from the 1950s and ‘60s, such as a sublime 1959 watercolor that was gifted to the Eli and Edythe Broad Art Museum by critic and AbEx-champion Clement Greenberg and the Albright-Knox Art Gallery’s arresting black, white and red canvas, First Avenue, which was passionately painted in a basement of the former Ritz-Carlton Hotel in 1957, shortly after Mathieu’s journey to Japan. At Nahmad Contemporary, further Uptown, Occision du duc Jehan de Bourgogne (also from 1957), combines calligraphic drips of yellow paint on a gray field overlaid with black symbols and squiggles squeezed straight from the tube, while a group of paintings from the late-1980s, early-1990s present more explosive, star-like shapes on poured, runny, atmospheric grounds, which have a direct relationship to the lyrical abstractions that initially launched his illustrious career. 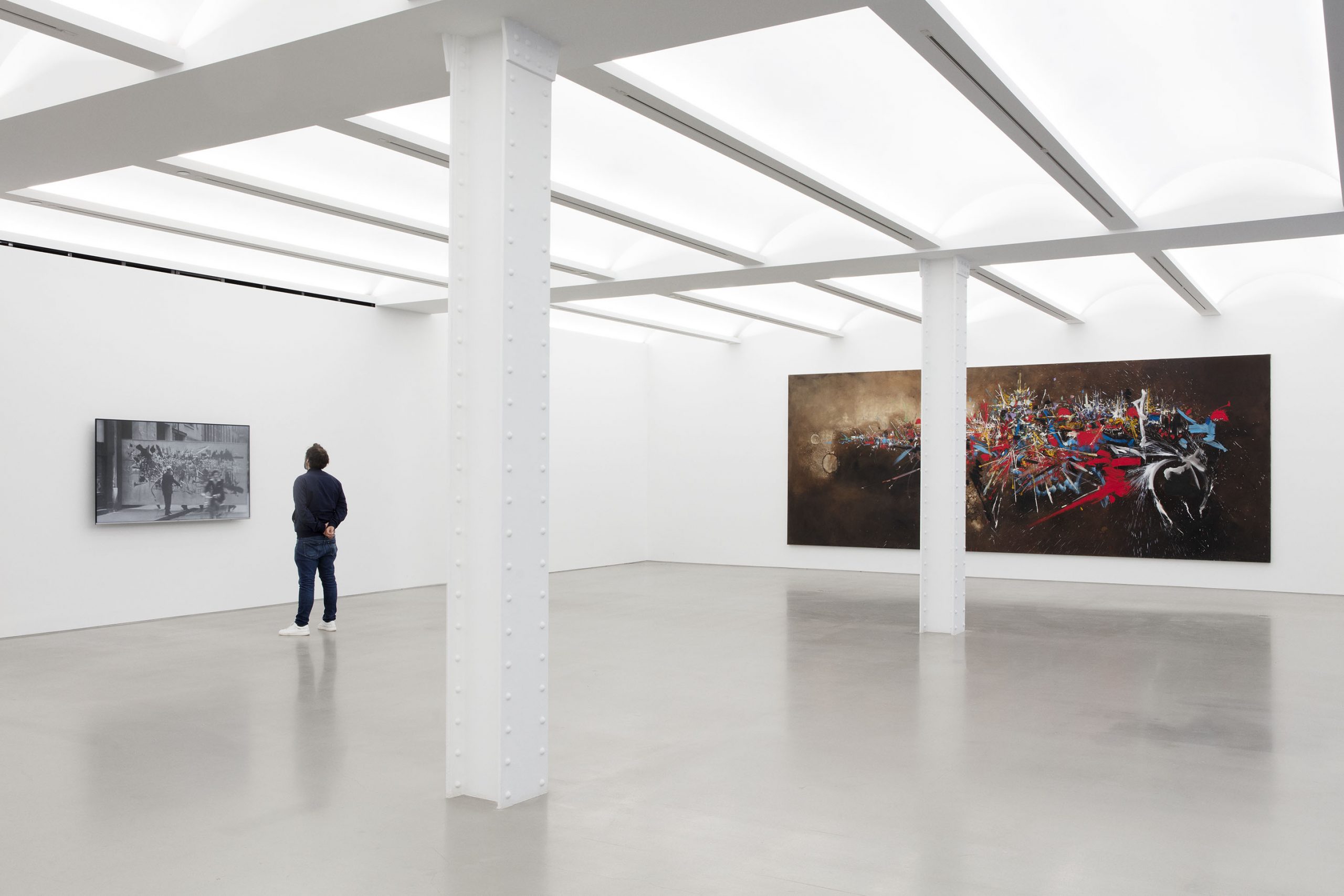 An installation view of Georges Mathieu at Perrotin Photo: Courtesy of Perrotin Gallery

Georges Mathieu is on view at Perrotin and Nahmad Contemporary through October 30.