From a vibrant booth of new sculptures by Carol Bove at David Zwirner to playful paintings by Simon Fujiwara at Esther Schipper, these were the standout works at the fair

On a sunny spring Wednesday morning, the 2022 edition of Frieze New York kicked off at the Shed in Hudson Yards. Returning to this Manhattan location for the second time, away from the sprawling Randall’s Island tent of years past, it presented a scaled down selection of just 65 galleries. The mood in the opening hours was jubilant and buzzy, with collectors, VIPs, and art enthusiasts filling the aisles and making swift purchases. “The more confined space at the Shed makes it packed,” the renowned auctioneer Simon de Pury told Galerie on the opening day. “Like a good party, the more it is crowded and the noisier it is, the more it feels like a huge success!”

Below, we asked a handful of art world insiders to share what caught their eye. 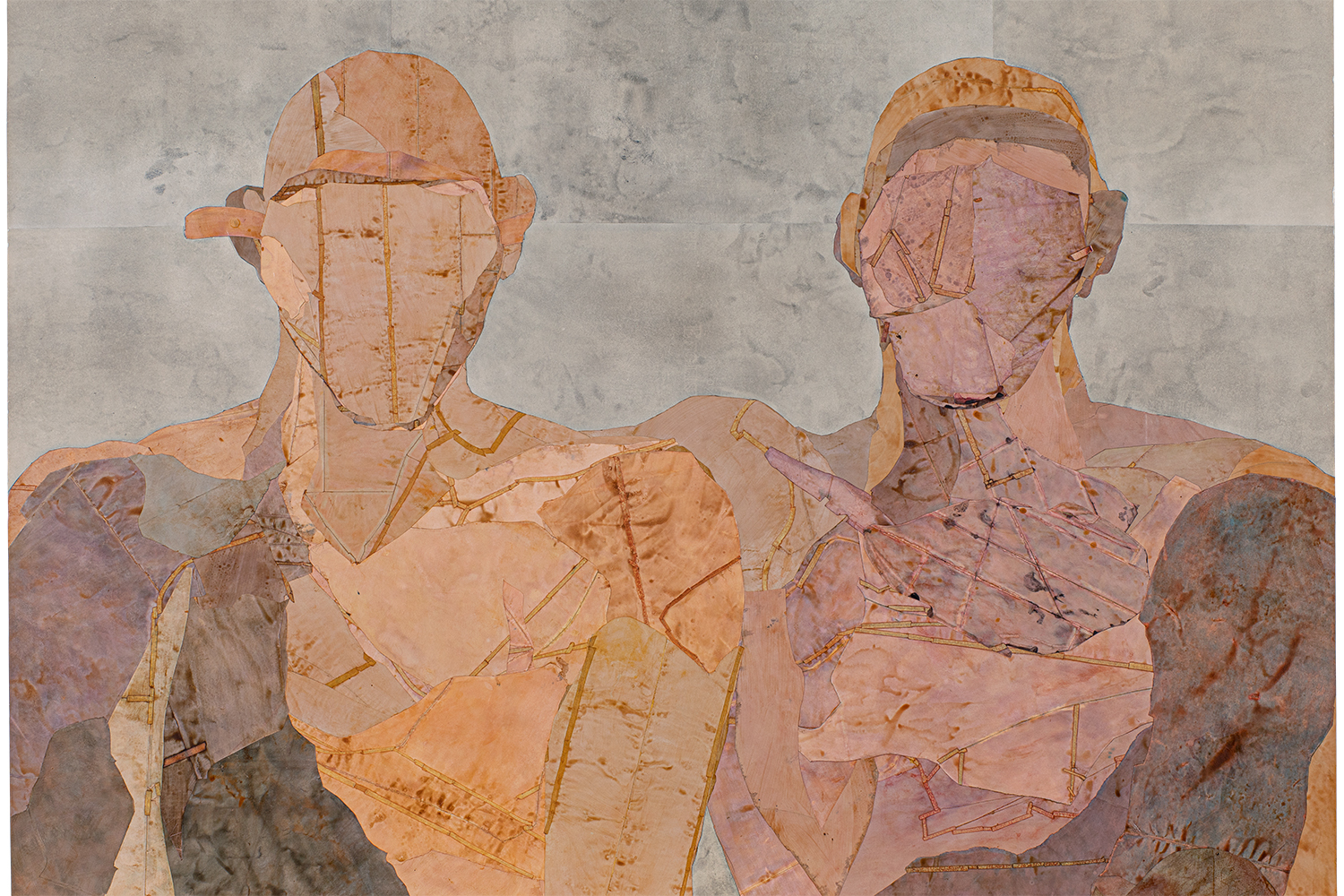 “I was drawn to this beautiful collage by Nancy Grossman, which not only addresses the body and skin but also all of the mechanisms which constrain it. As a feminist (and humanist), and an advocate for expanded notions of gender and agency, her political position and her work is a reminder of the pervasive social structures which are still regulating and prescribing the agency of bodies.” 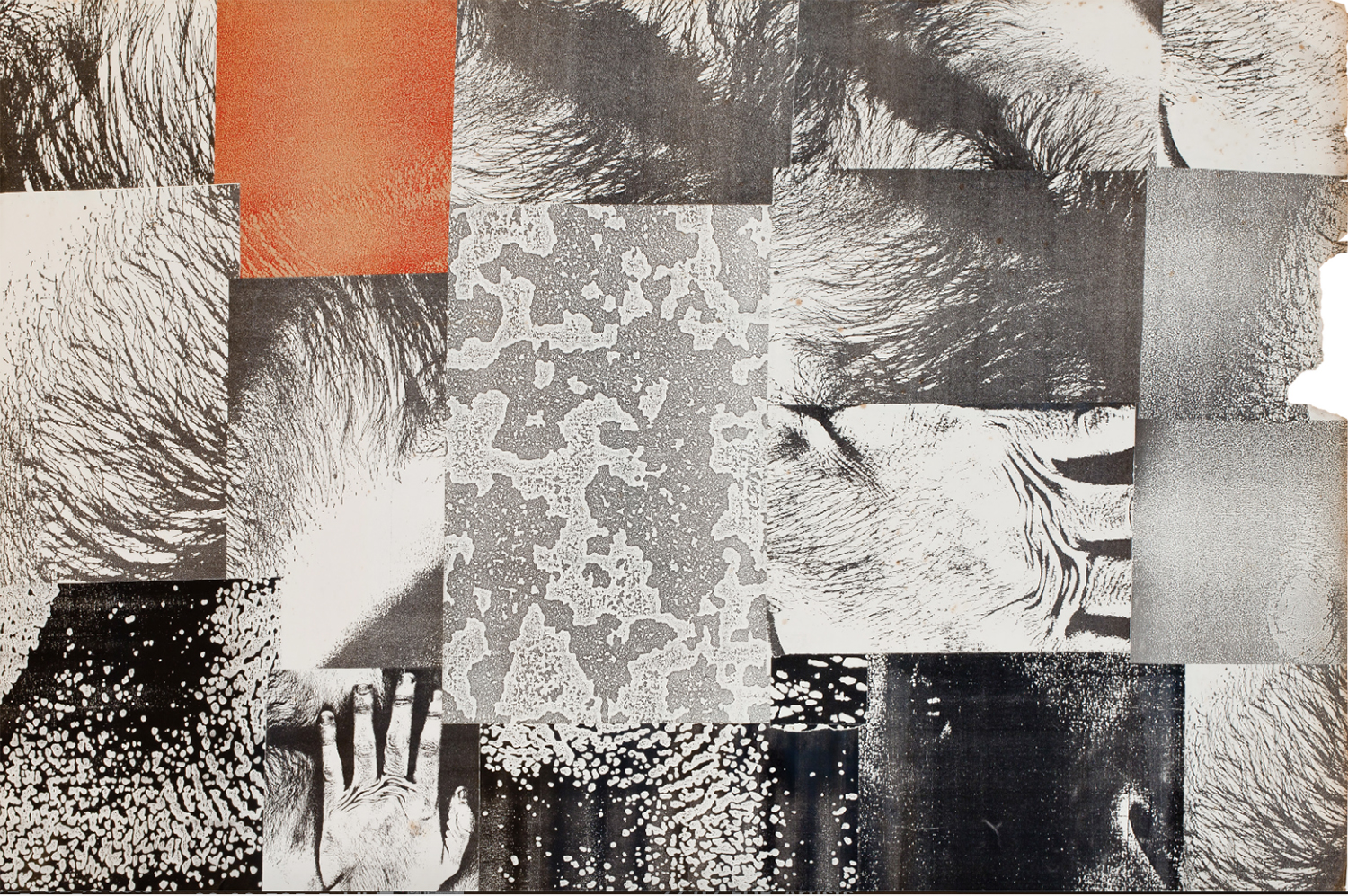 “One of the most important queer artists in Brazil, Hudinilson Jr. developed a relation with the photocopy and its capacity to create a depiction of the body, which dwelled between selective hyper realist fragments and abstracted zones. An under-celebrated artist in global contemporary arts, his conception of image, its representation, dissemination and archiving in relation to queer culture preserves its relevance and urgency. ” 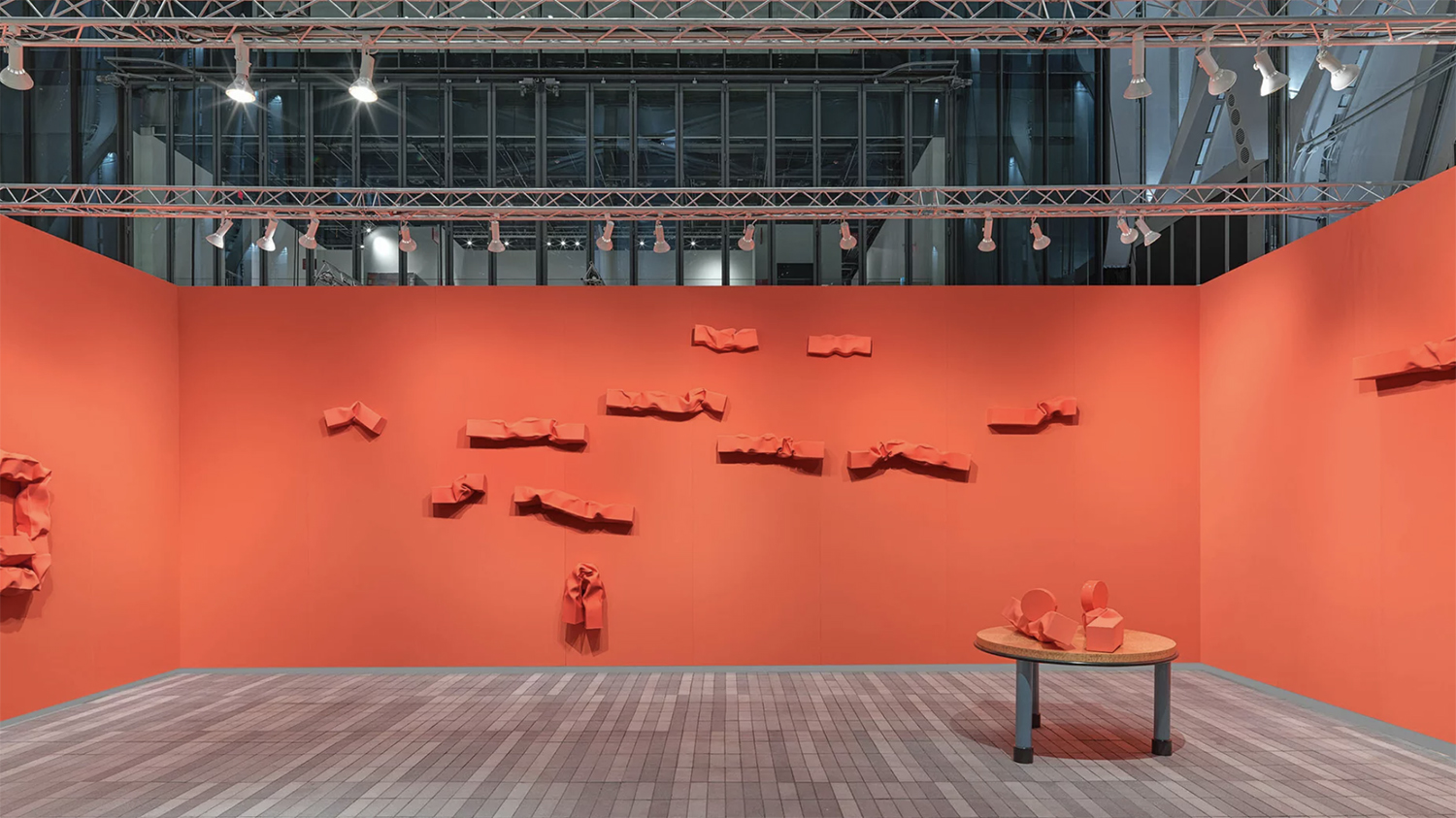 “Brooklyn-based artist Carol Bove has made her name with working with an enormous range of materials, creating a type of conceptual art where the materiality plays a key role. At David Zwirner’s booth, Bove created a dazzling installation in a coral palette. It comprises a series of sculptures in stainless steel in twisted, distorted, fluid shapes that bring the viewer to an emotional engagement. Some are mounted on the walls and others are presented on two tables by Italian design guru Ettore Sottsass, addressing her fascination with scale and proportions.” 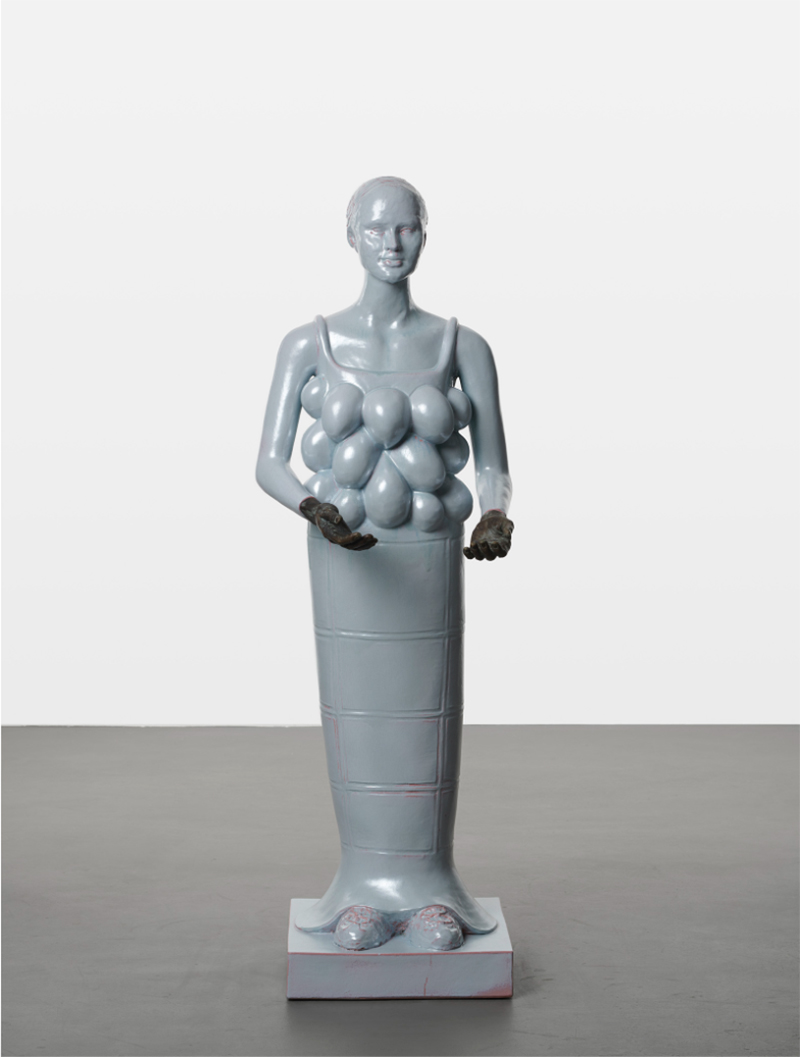 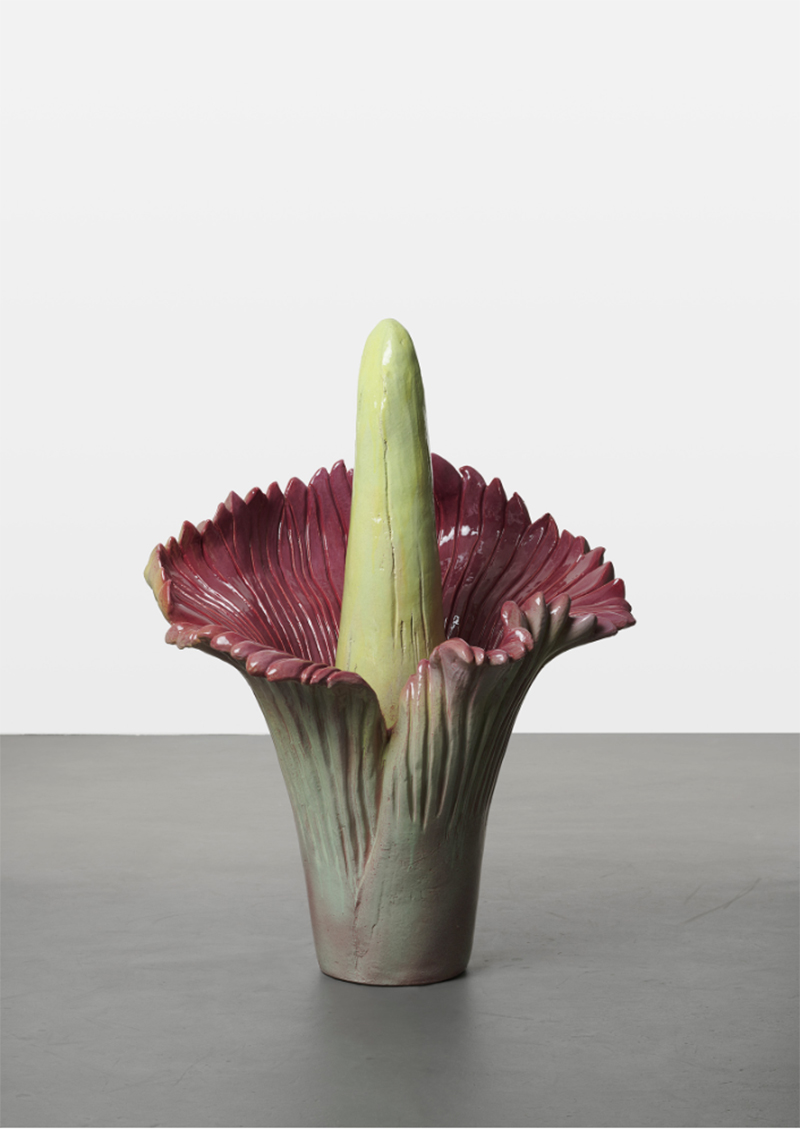 “David Kordansky dedicated his booth to a solo show by one of his strongest artists, Mai-Thu Perret, who is known for her feminist and political art. Here, she presents an installation that is engaged with craftsmanship and 20th-century radical art, showcasing works in clay that are engaged with conversation about fertility. Diana is a ceramic sculpture of a tall woman wearing a dress and sneakers in a classicist tradition, in the manner of the mannequins the artist has been creating for years.” 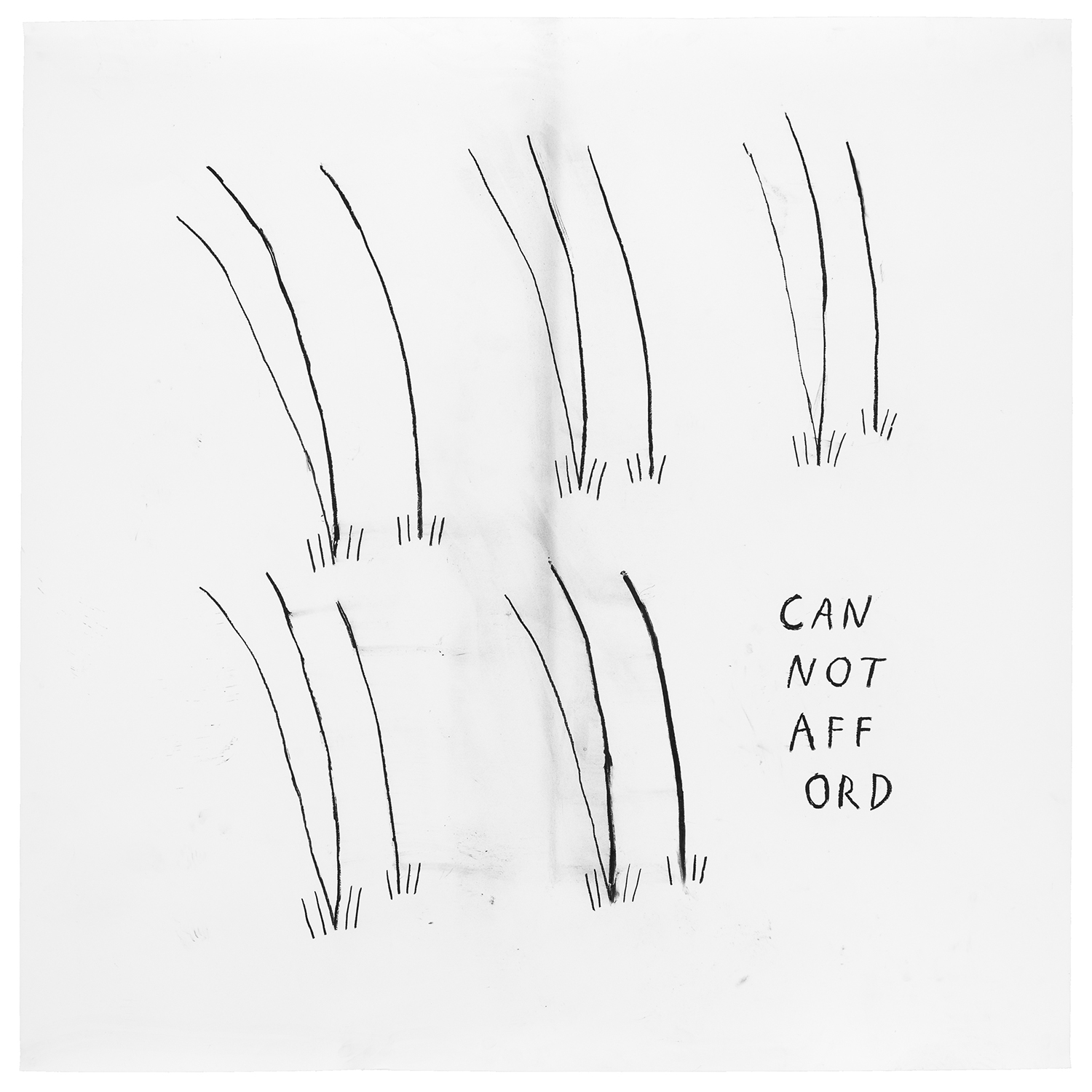 “I’m always drawn to the works of artists I’m currently working with, so I was particularly pleased to see Can Not Aff Ord (2022) by Christine Sun Kim (her large-scale commission, “Time Owes Me Rest Again,” is currently on view on the museum’s main wall) at François Ghebaly.” 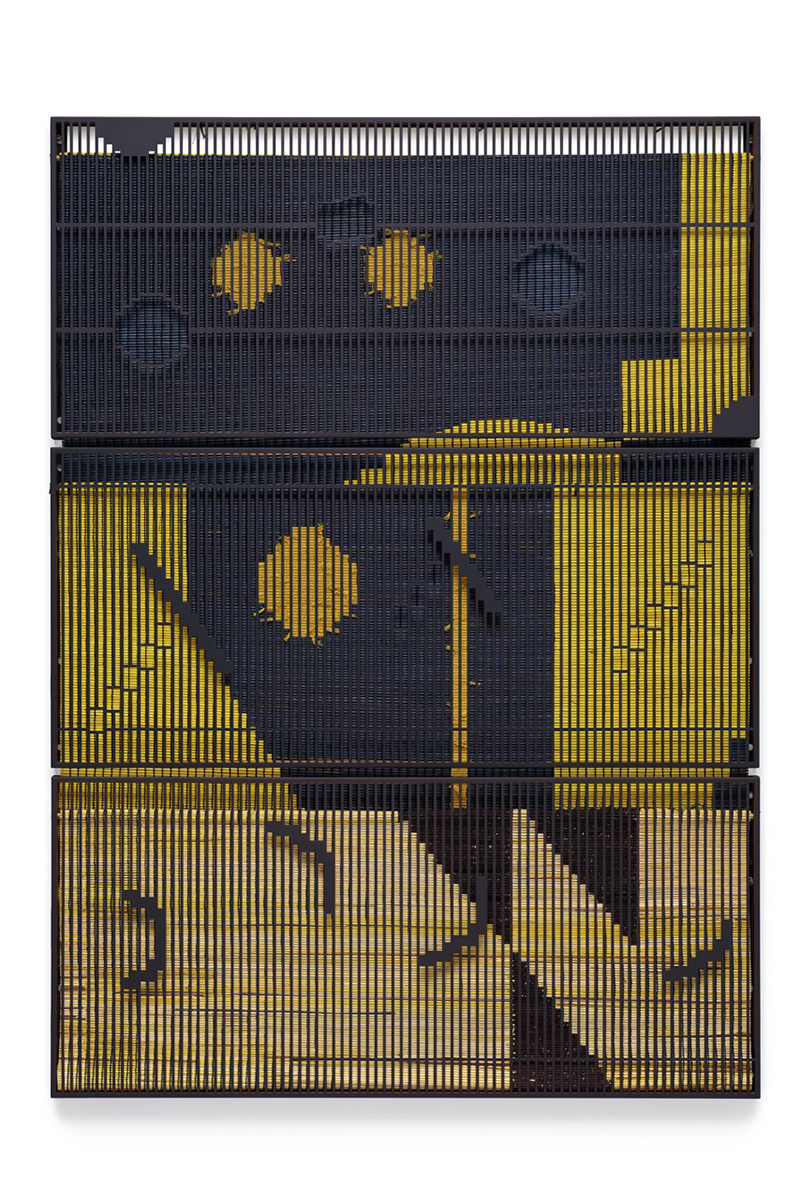 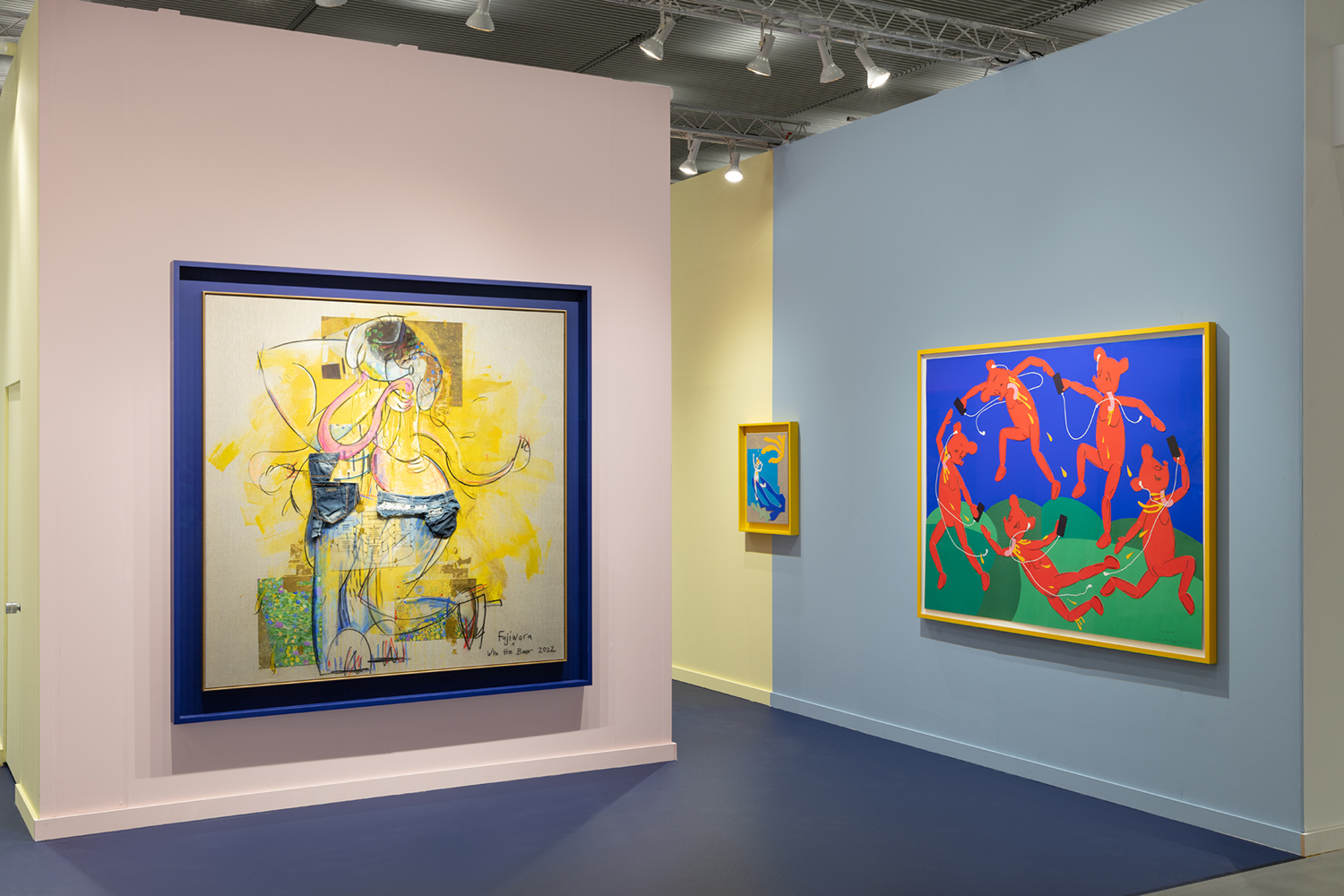 “Simon Fujiwara has been an art star for a while but has been in the background. I haven’t seen something tackling identity in this way—fresh, whimsical, and critical. I was happy to see how approachable his works were at Esther Schipper—more digestible yet still rigorously critical.” 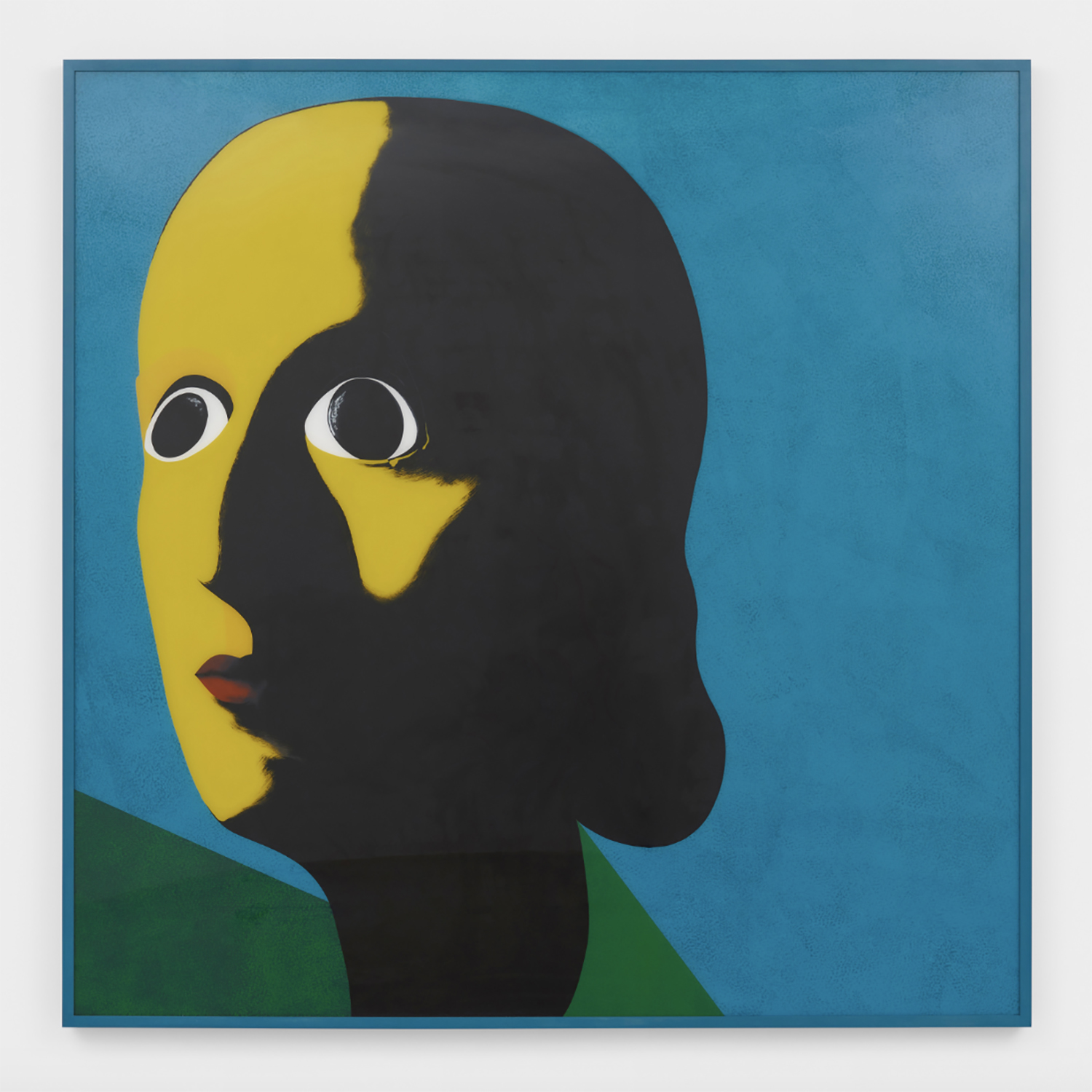 “Alex da Corte is a Philadelphia-based contemporary artist and star of the current Whitney Biennial. Similar to Fujiwara, he mines art historical and pop culture references in his work. I find his work is very playful but profound.”

A still from a video by Ivan Cheng. Photo: Courtesy of Édouard Montassut

“I thought it was so exciting to see Sydney-based artist Ivan Cheng’s video at Édouard Montassut’s booth in the Frame section. He is such a compelling performance artist who has shown little in the U.S.”