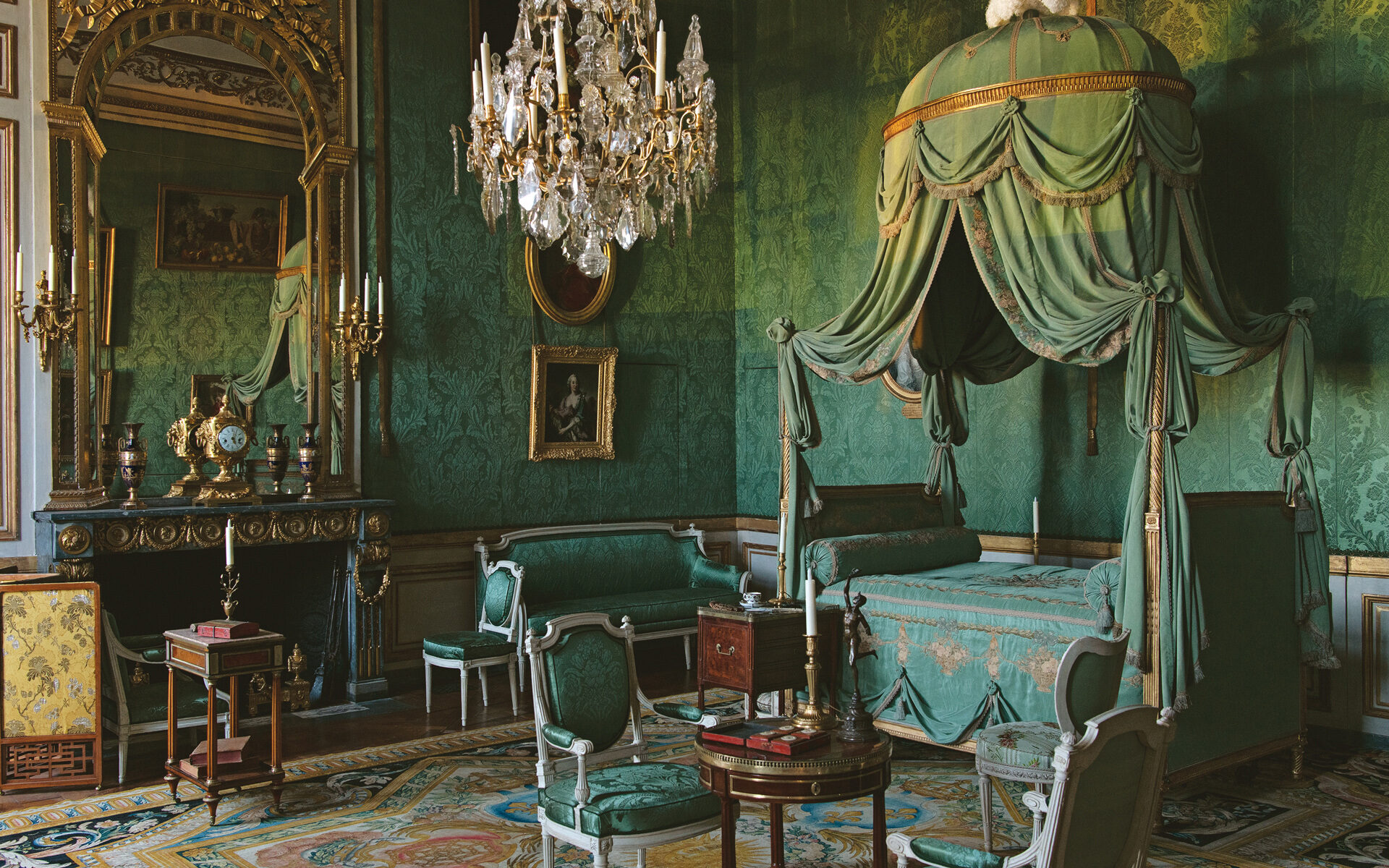 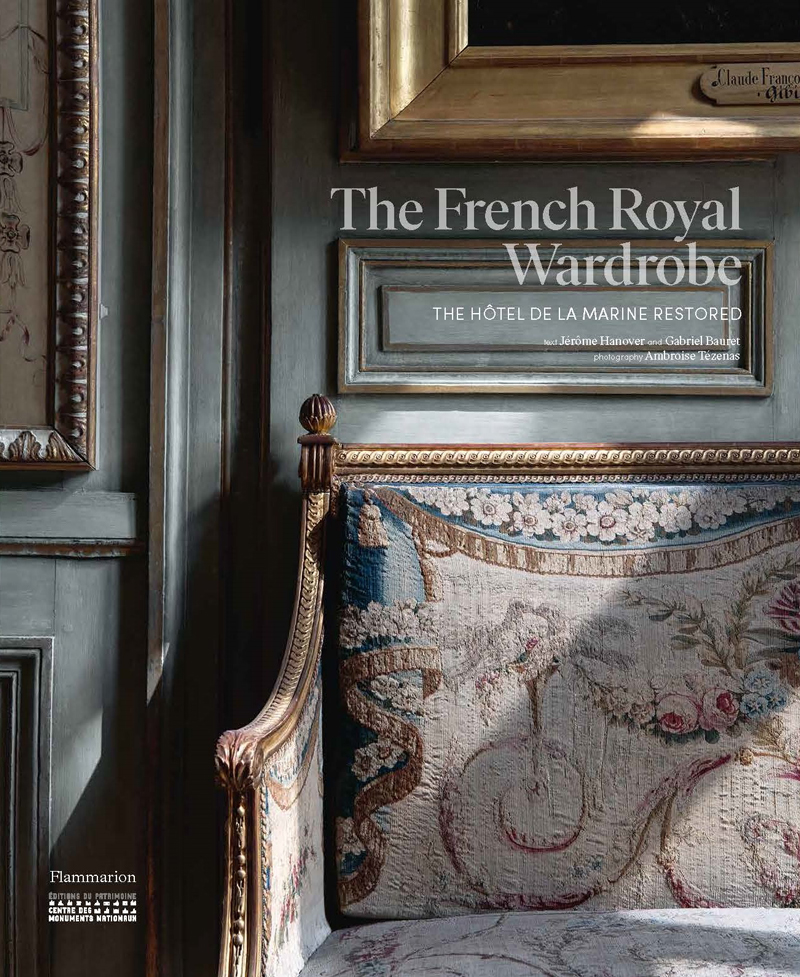 Already unparalleled for its wealth of art institutions, Paris recently welcomed a new immersive museum of decorative arts that has design aficionados around the world clamoring for a tour. Opened in the 18th century as the overly ornate warehouse for the Royal Wardrobe, the monarchy’s collection of fine furniture, textiles, armor, and crown jewels, the Hôtel de la Marine has been meticulously restored to offer a singular view into regal life at that time.

“This is extremely rare in France, because most royal properties were badly damaged, if not destroyed, during and in the wake of the French Revolution. It might be the only testimony of that scale we have left of the 18th-century royal decorative arts,” says Jérôme Hanover, whose new book, The French Royal Wardrobe: The Hôtel de la Marine Restored (Flammarion), details the history of this remarkable structure and its evolution into the exciting new cultural destination it is today. “It shows us what it was to live like the King of France, and there is no other place where you can actually see that,” says Hanover. “Not at Versailles, not at the Louvre, or at any other royal building.” 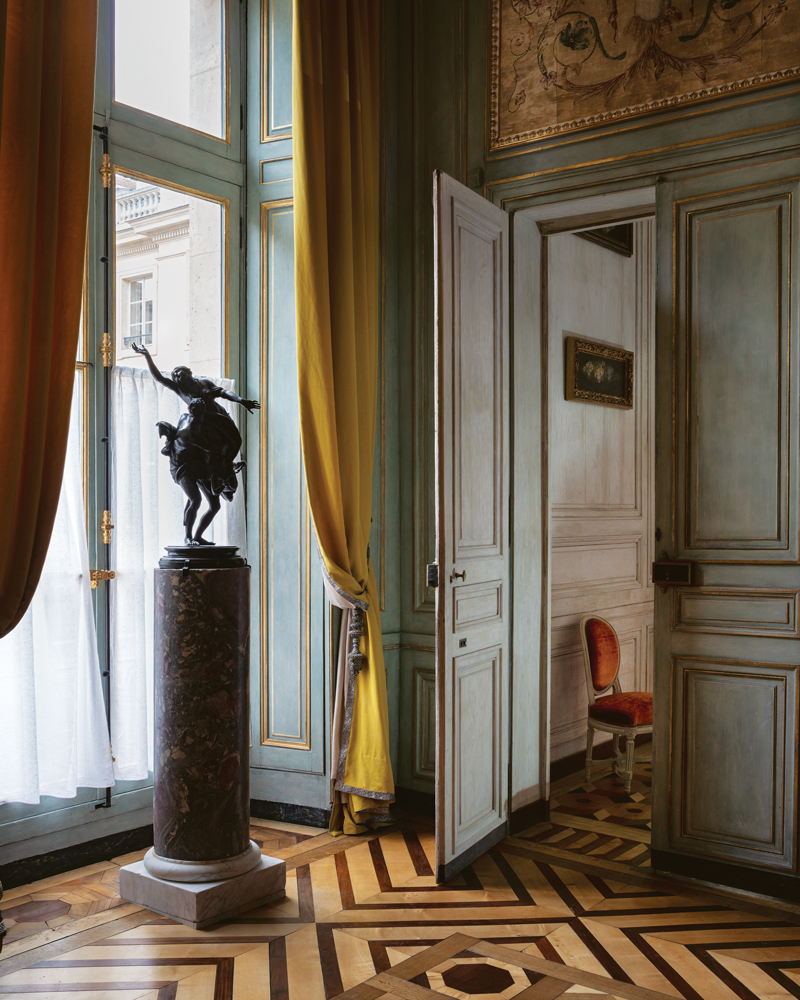 For the first 15 years, this architectural marvel, designed by Ange-Jacques Gabriel, the chief architect of Louis XV, stood as a testament to the grandeur of the French state in what is today the Place de la Concorde. The apartments of its intendant-general, Marc-Antoine Thierry de Ville-d’Avray, and his wife boasted interior decoration considered lavish even for the king—silk wall coverings, blue Turquin marble fireplaces with bronze medallions, and hand-painted gilded mirrors. 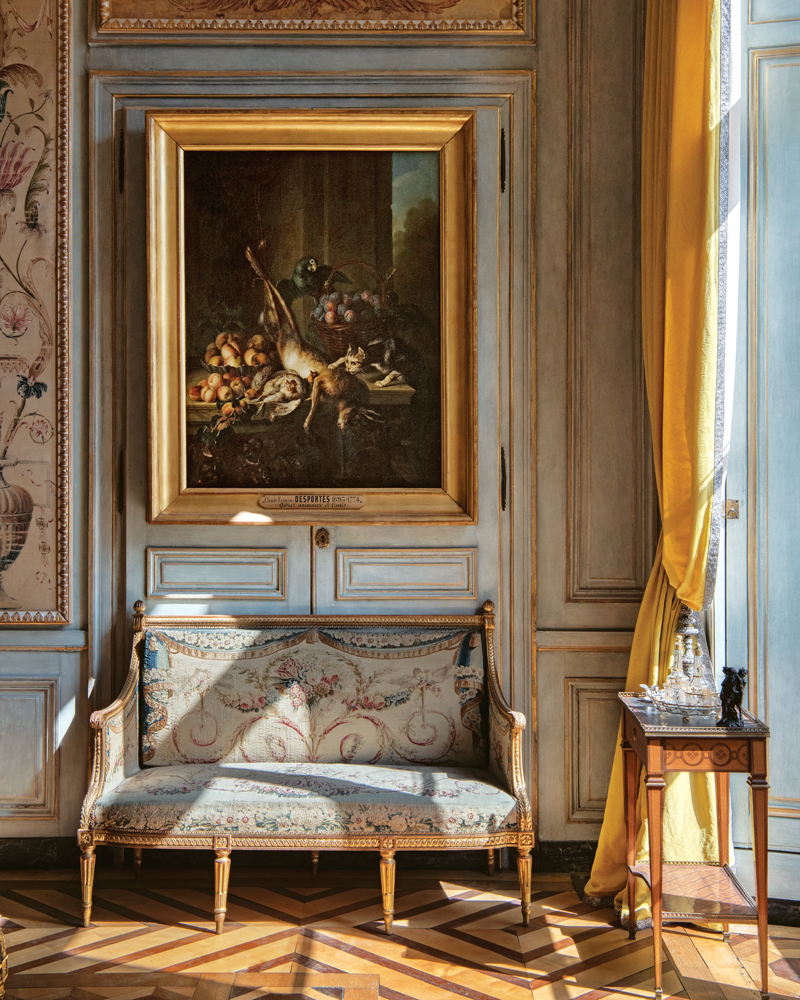 A detail of a painted silk panel in the intendant-general’s study. Photo: AMBROISE TÉZENAS/CENTRE DES MONUMENTS NATIONAUX, COURTESY OF FLAMMARION

Following the French Revolution, the structure became the headquarters of the Department of the Navy until 2015, after which the building sat vacant for two years until the country’s Centre des Monuments Nationaux launched a four-year restoration. The military, occupying the site for 226 years, maintained its decorative details with characteristic precision. Among the many astounding—and astoundingly preserved—elements is a “flying” elevated table, which was raised and lowered by servants on another floor so meals could be set and cleared without anyone entering the dining room. There is also a gilded library that had been concealed behind a stainless-steel kitchen by the navy. 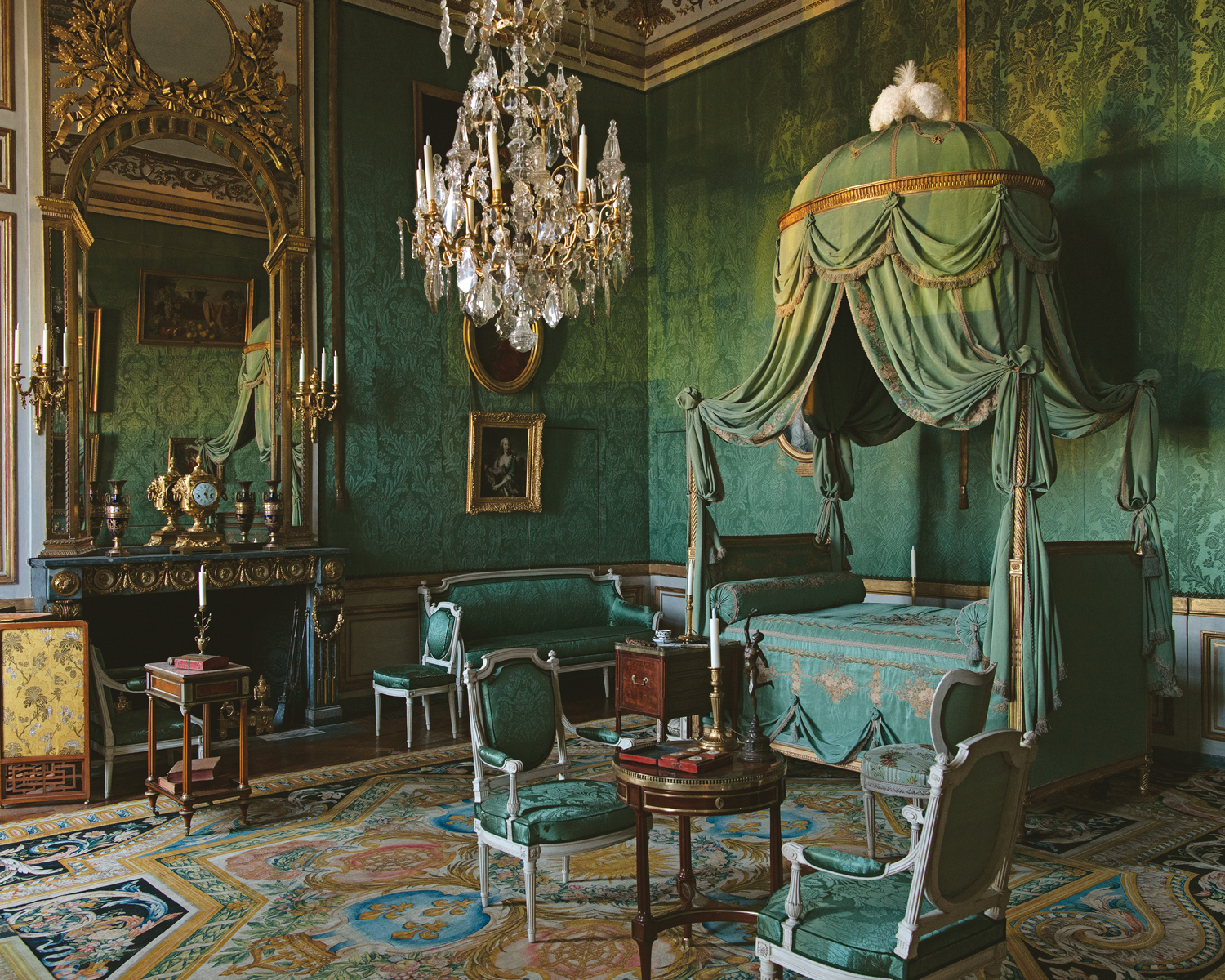 Photographer Ambroise Tézenas was granted unfettered access to the renovation, documenting the many rooms as craftsmen painstakingly peeled back the layers to reveal the hidden paintings and secret passageways. These haunting images, which are featured in the comprehensive book, serve as a historical record to the exceptional restoration. Tasked with bringing the rooms back to life, designers Joseph Achkar and Michel Charrière sourced period-correct pieces from the Mobilier National, Palais de l’Élysée, the Louvre, and Versailles, among others. However, one of the most eye-catching additions to the Hôtel de la Marine is a 21st-century, polished-steel and glass roof, designed by Hugh Dutton and architect Christophe Bottineau and inspired by chandeliers from the 1700s.

“Visitors will learn about 18th-century architecture and decorative arts,” says Hanover, “but more than simply learning, they will actually see it, feel it, and experience it in a profound way.”

A version of this article first appeared in print in our 2022 Spring Issue under the headline “Crowning Achievement.” Subscribe to the magazine.