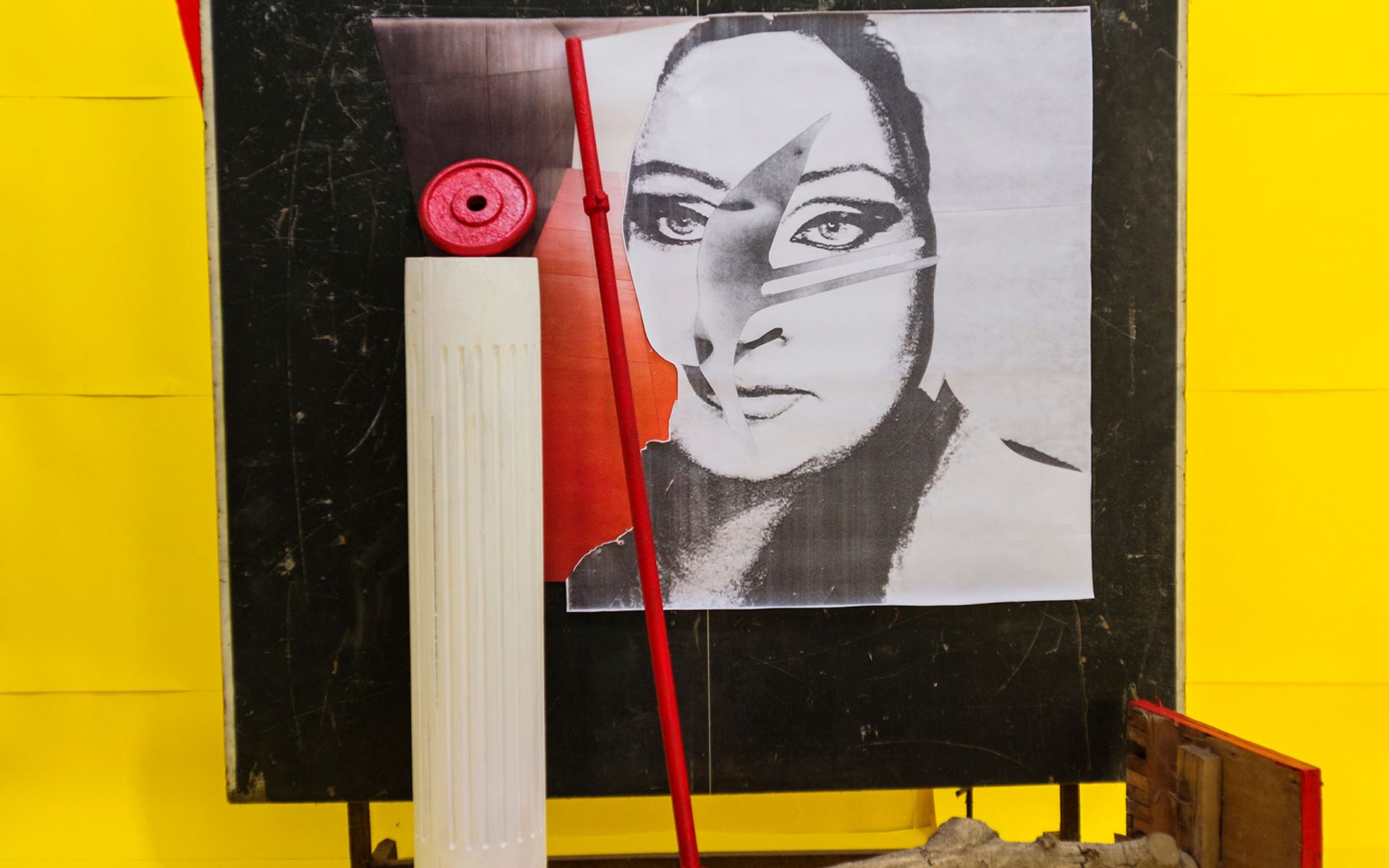 Sandip Kuriakose, *Interested*, 2017. From the series “NPNR.”
Photo: Courtesy of the artist

For six weeks, the fair’s 17th iteration celebrates artists from India and its global diaspora, under the curation of Sunil Gupta

For its 17th iteration, FotoFest—North America’s longest-running biennial dedicated to lens-based art—is bringing together 47 artists from India and its diasporas to Houston, under the curatorial helm of artist Sunil Gupta. Invited by biennial Executive Director Steven Evans, Delhi- and London-based Gupta weaves together a refreshing network of artists tackling gender equality, identity struggles, oppression, and exploitation of labor through the lens of Indian experience, all under the umbrella title India: Contemporary Photographic and New Media Art.

Taking place at venues mostly within Houston’s vibrant Washington Art District, where many warehouses have been transformed into artist studios and exhibition spaces, the fair delivers an earnest and striking landscape of prevalent socio-political dynamics in Southeast Asia. Gupta and Evans, who underlined their decision to “give priority to artistic voices,” let artist statements accompany each work, preventing curatorial interpretations from overshadowing subjective perspectives. Indu Antony, Quickgun Murugan, from the series “Manifest,” 2012. Photo: Courtesy of the artist

Bangalore-based Indu Antony’s photographs of drag kings capture 13 queer women impersonating male stereotypes, engaging with idealized masculine roles including a cowboy, priest, superhero, and pirate. The subjects daringly gaze at the camera with audacity, performing exaggerated versions of their characters in their supposed habitats. Not unlike drag queens with hyperbolic takes on the opposite sex, drag kings complicate sharp divisions between gender roles and societal assumptions about normalcy. Pushpamala N., in collaboration with Studio Harcourt, Paris, The Slave and her Slave (After Ingres), 2009. From the Harcourt Set. Photo: Courtesy of the artist

Self-portraiture assumes a critically amusing turn in Pushpamala N.’s black and white photographs, in which she updates iconic women from French history, in collaboration with Paris’s Studio Harcourt. Liberty, for example, reenacts Delacroix’s famous Liberty Leading the People painting of a woman embodying the French Revolution, while The Spy pays homage to Napoleon III’s infamous mistress, Countess Castiglione. The artist’s internalization of historical French figures through her Indian identity not only resonates with the colonial history between two countries, but also satirizes representation of women throughout male-dominant history. Many artists, including Manoj Kumar Jain, discover elegant methods of merging documentary photography with an artistic lens, grasping poetic manifestations of variant lifestyles and Indian communities. For “The Forgotten Frames,” the artist captures Bastar District, where tribal communities makeup 70% of the population, through striking black-and-white photos. Jain’s work depicts the deep-rooted daily rituals and intimate moments shared in the community, where he’s returned consistently since his first visit on a commercial assignment, in 2002. Priya Kambli, Mami, 2015. From the series “Kitchen Gods.” Photo: Courtesy of the artist

In a biennial dedicated to contemporary photography practices, a recurrent theme, unsurprisingly, is appropriation of archival imagery. Traditionally, ten members of the previous biennial’s portfolio review sessions pick one artist each to gather in a special exhibition the following year. One of this year’s selectees, Priya Kambli, takes appropriation up a notch in her “Kitchen Gods” series, implementing elaborate patterns into family photos her pastry chef father took as a hobby until his passing. After poking pinholes or placing rice or flour on the surface to achieve decorative motifs, Kambli reshoots the images, mostly at her kitchen in the United States, where she now resides. In an attempt to tie with bygone memories and departed family members, the artist embraces the healing impact of photographs to meditate on memory and loss. Sandip Kuriakose, 015, from the series “It has the Appearance of a Deliberate Transgression,” 2017. Photo: Courtesy of the artist

The Indian LGBTQ community has experienced tumultuous incidents in recent years, as the Penal Code outlawing homosexuals acts was deemed unconstitutional by the Delhi High Court in 2009, only to be overturned by the Supreme Court four years later. Amongst artists who utilize their cameras to highlight gender struggles in the region, Sandip Kuriakose makes a strong case with his “It has the Appearance of a Deliberate Transgression” inkjet prints, in which he transforms profile images of anonymous men from Indian gay dating website Planet Romeo into vibrant juxtapositions with pastel hues. Hung almost like an exhibition within the exhibition, Gauri Gill’s 47 silver gelatin prints documenting the life and death of a young Rajasthan girl make a somber ode to injustice and struggle. Jannat documents mundane rituals of the titular girl who lived with her impoverished family in a rural Muslim settlement, until her passing at the age of 23. Gill’s mellow and compassionate approach to her subject matter conveys a haunting experience that follows the viewer outside the exhibition space with its honest depiction of human dignity. Vidisha Saini, Mr. Shekar House, 2012. From the series “You Like Mr. Shekar.” Photo: Courtesy of the artist

Among works spread across various exhibition sites, a true stand out is “You Like Mr. Shekhar,” Vidisha Saini’s portrayal of a crumbling Southwestern village named Hampi. Once the capital of the largest Hindu Empire, the village remained in despair until being inhabited by famers a century ago. Upon being included in the UNESCO World Heritage Danger List, the site was cleared of dwellers by the Archaeological Survey of India.

Saini’s photographs on newsprint encapsulate the decay of the buildings’ impossibly colorful façades and ghostly interiors, while creating a paradox with photos documenting harsh living conditions its displaced inhabitants endure. “I have chosen this material for its perishability, as the homes and lives which are documented for this project have similar precarious conditions,” explains Saini. “These kinds of stories also don’t find space in largely circulated popular news media, so newsprint also considers how art practice can perform social responsibility by sharing these images to an audience.” Accompanying the exquisite images are a collection of objects the artist amassed from the decaying buildings.