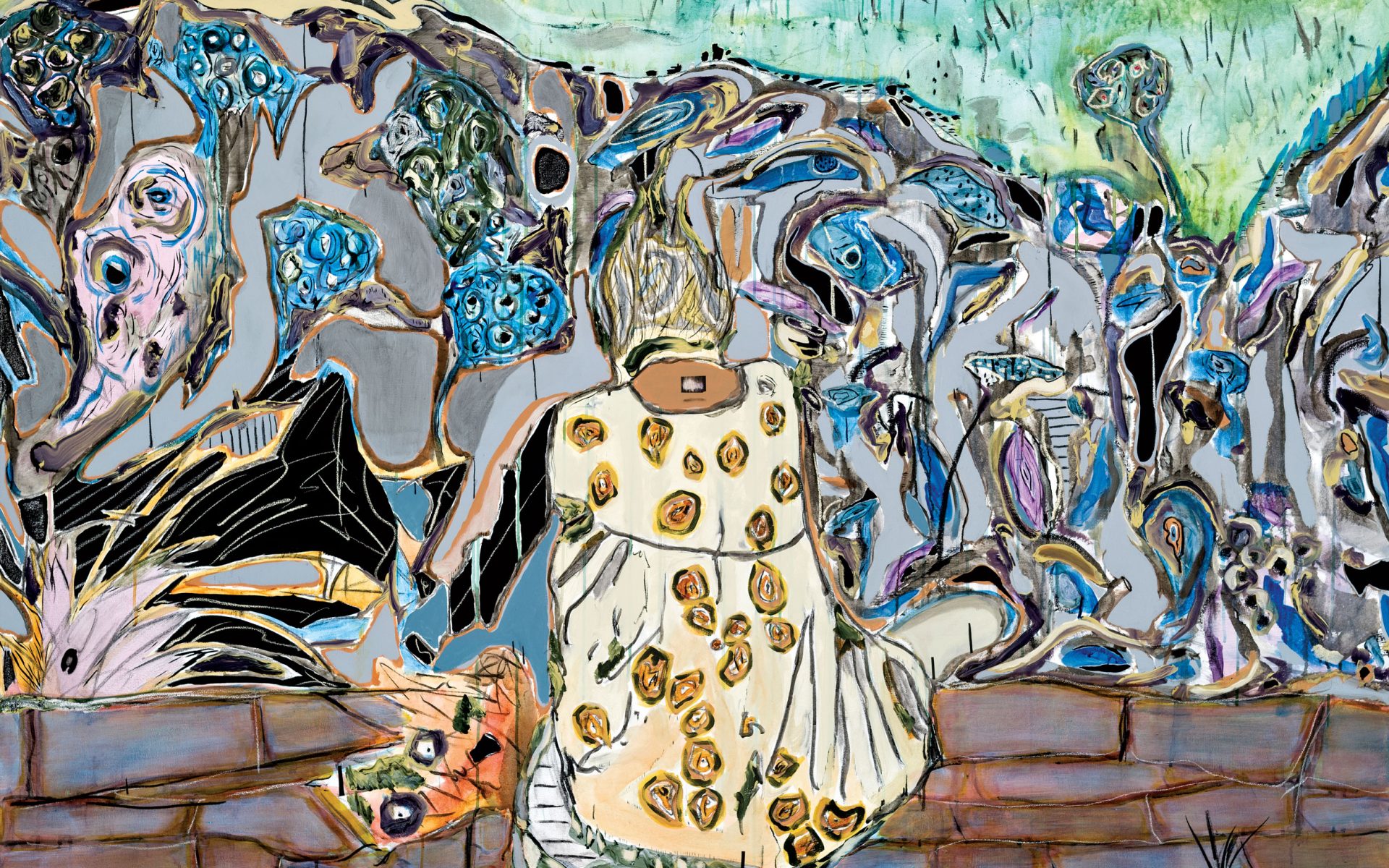 Just a couple of years removed from graduate school, Haitian-born Montreal painter Manuel Mathieu has already had two solo exhibitions in London. The first took place at the Institute of Contemporary Art in 2015, and the second, last fall, was at Tiwani Contemporary, a London gallery that represents Mathieu and focuses on artists from Africa and its diaspora. The show completely sold out. At once soft-spoken and effusive, the artist expresses quiet surprise at his rising success, which was nearly inconceivable just a few years ago. While finishing his MFA degree at Goldsmiths in London in 2016, Mathieu was hit by a car and spent six months recovering, only to improbably be hit by another the following year. The experiences triggered a reckoning in his life and his art. “My work got really personal. I was forced to stop and look around,” he says. “Before the first accident I was touching on a lot of things, but I wasn’t looking at myself.” During his recovery, he started thinking about Haitian political history and the way his difficult family narrative—he had relatives on opposing sides of the Duvalier dictatorship—fit within it. Employing a mostly muted palette and expressionist gestures, Mathieu melds abstraction and representation in compositions that can be as haunting as Picasso’s or Francis Bacon’s darker works. Noting that artists like Luc Tuymans and Mona Hatoum have found ways to approach the legacy of the past through a personal lens, Mathieu says, “There has to be a balance between what is personal and what is relatable. It’s the combination that gets you a little bit closer to yourself, closer to life.” With Tiwani Contemporary dedicating an entire booth to his new work during New York’s Armory Show, March 8–11, and a solo show opening at Kavi Gupta Gallery in Chicago on March 23, Mathieu will reveal what kind of balance he has struck. manuelmathieu.com