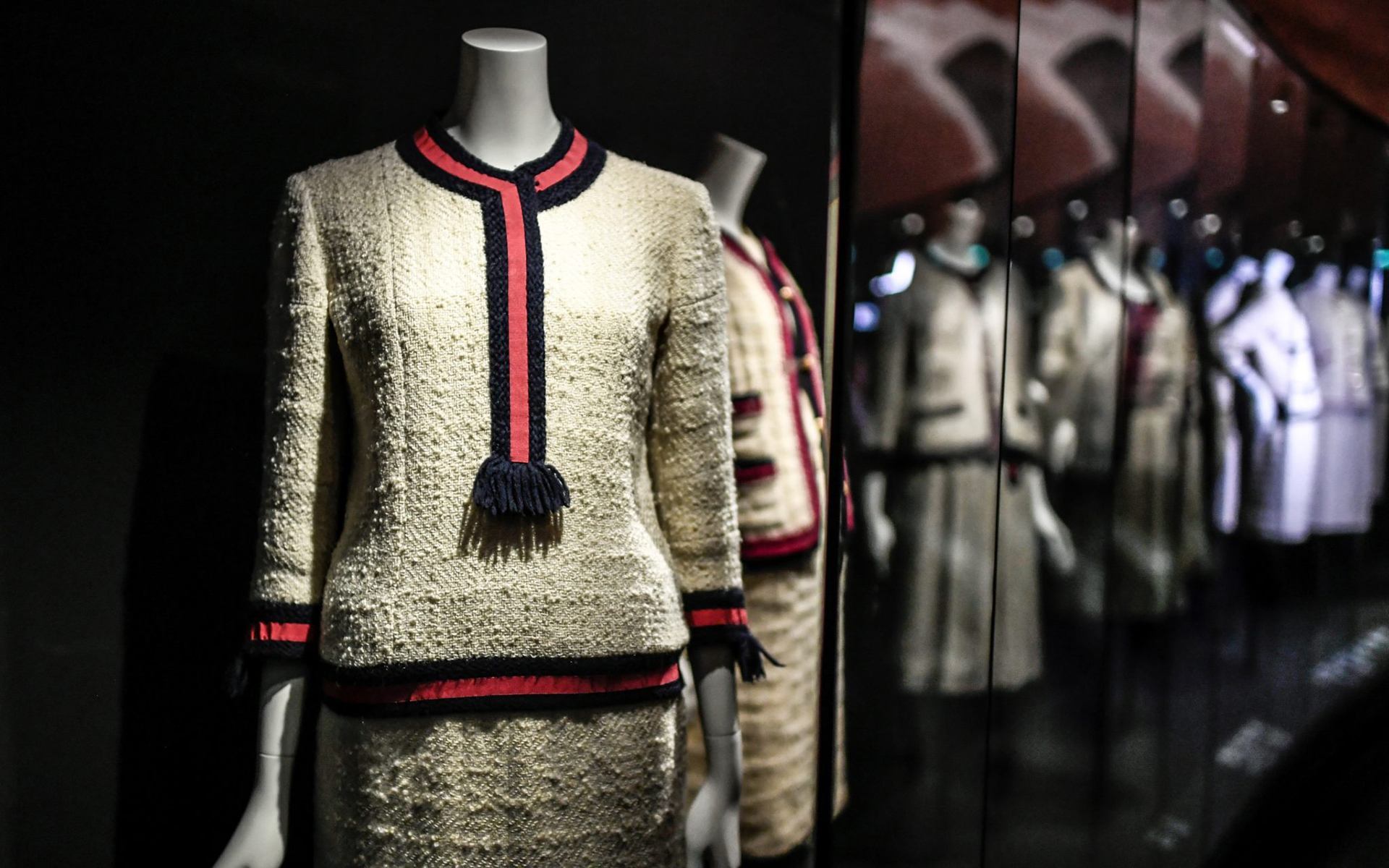 An installation view of "Gabrielle Chanel. A Fashion Manifesto."
Photo: Courtesy of the Palais Galliera 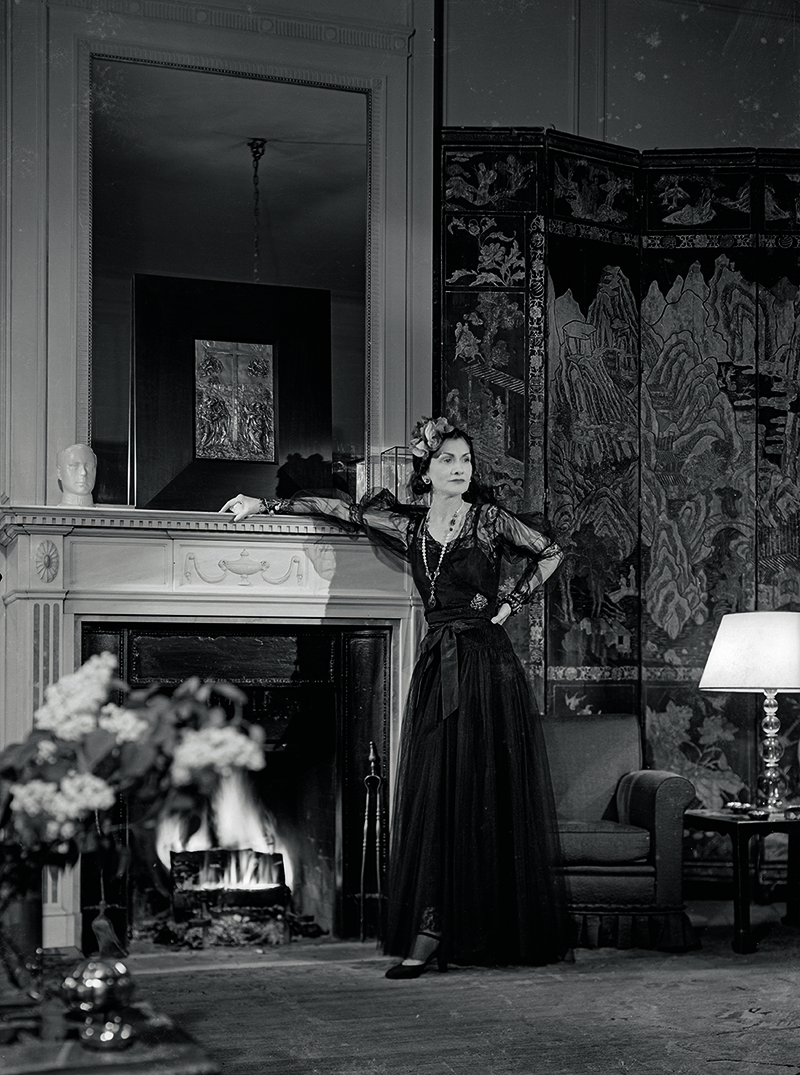 The tweed suit, little black dress, quilted bag, and costume jewelry—the hallmarks of Chanel have long been part of our fashion lexicon and are as synonymous with style today as they were when they were introduced a century ago. Less known, however, is just how trailblazing Gabrielle “Coco” Chanel was. With her singular vision and fierce self-determination, the fashion icon shattered the glass ceiling by freeing women from the restrictive corsets and frills of the era, introducing elements of menswear, and creating a truly progressive style. Now, a major new retrospective at the Palais Galliera fashion museum in Paris celebrates her unrivaled legacy as couturier.

Titled “Gabrielle Chanel. A Fashion Manifesto,” the show coincides with the reopening of the fashion museum after an extensive two-and-and-a-half year renovation. The exhibition takes place in the main hall of the 19th-century Italianate building and spills over into the new 7,500-square-foot galleries, appropriately named the Galerie Gabrielle Chanel. And while the Chanel maison contributed some €7 million to the museum’s refurbishment, the exhibit is not an overview of the brand at large, which is now a $100 billion business, but a thoughtful exploration of how one woman’s signature style was forged and the extent to which the designer and her brand were one and the same. 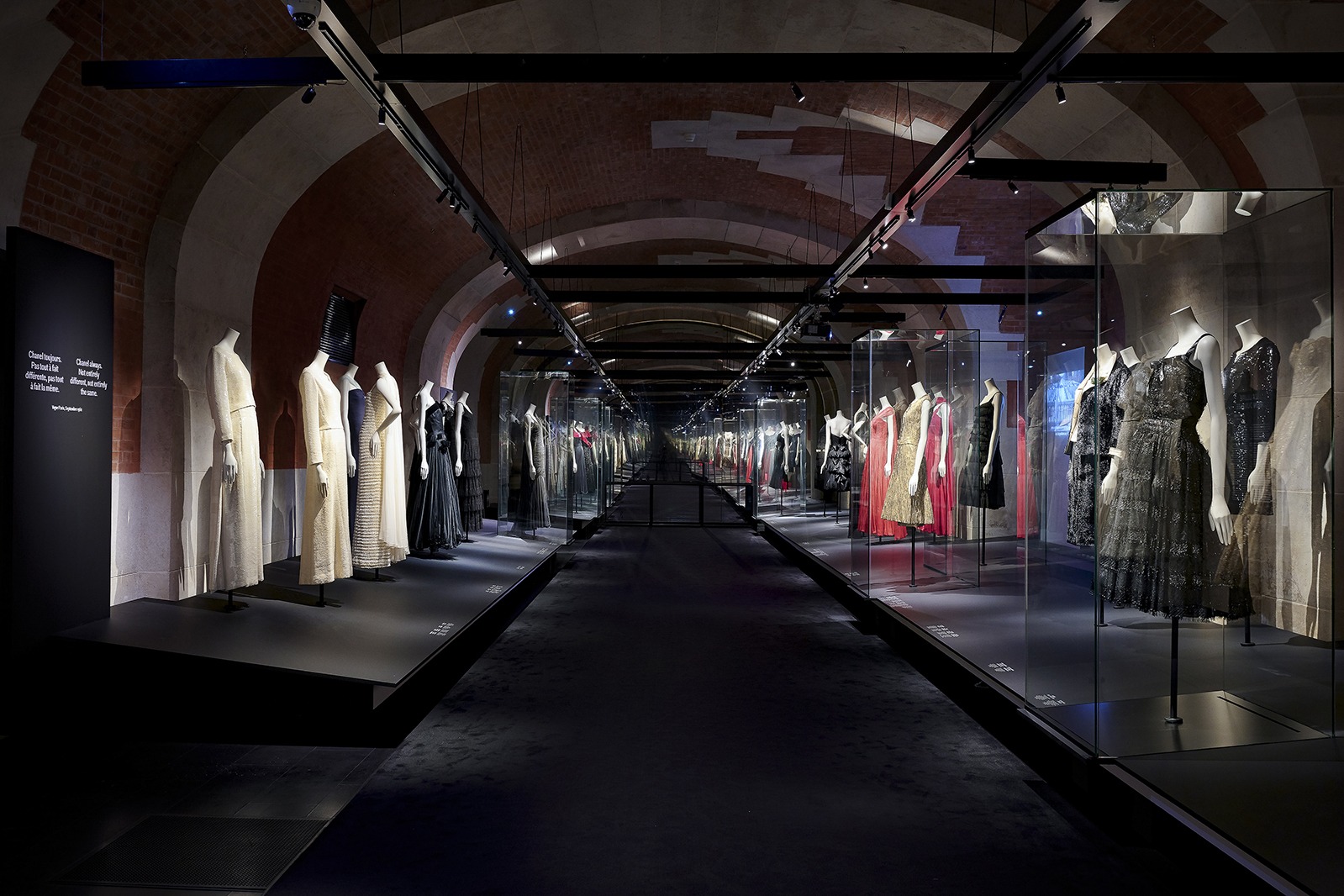 An installation view of "Gabrielle Chanel. A Fashion Manifesto." Photo: Courtesy of the Palais Galliera

“Gabrielle Chanel devoted her long life to creating, perfecting, and promoting a new kind of elegance based on freedom of movement, a natural, relaxed attitude, a subtle elegance free from extravagance, a timeless style for a new kind of woman,” said Miren Arzalluz, the museum’s director, who curated the show together with artistic director Olivier Saillard. “This was her fashion manifesto—an inescapable heritage that is more relevant than ever in today’s world.” 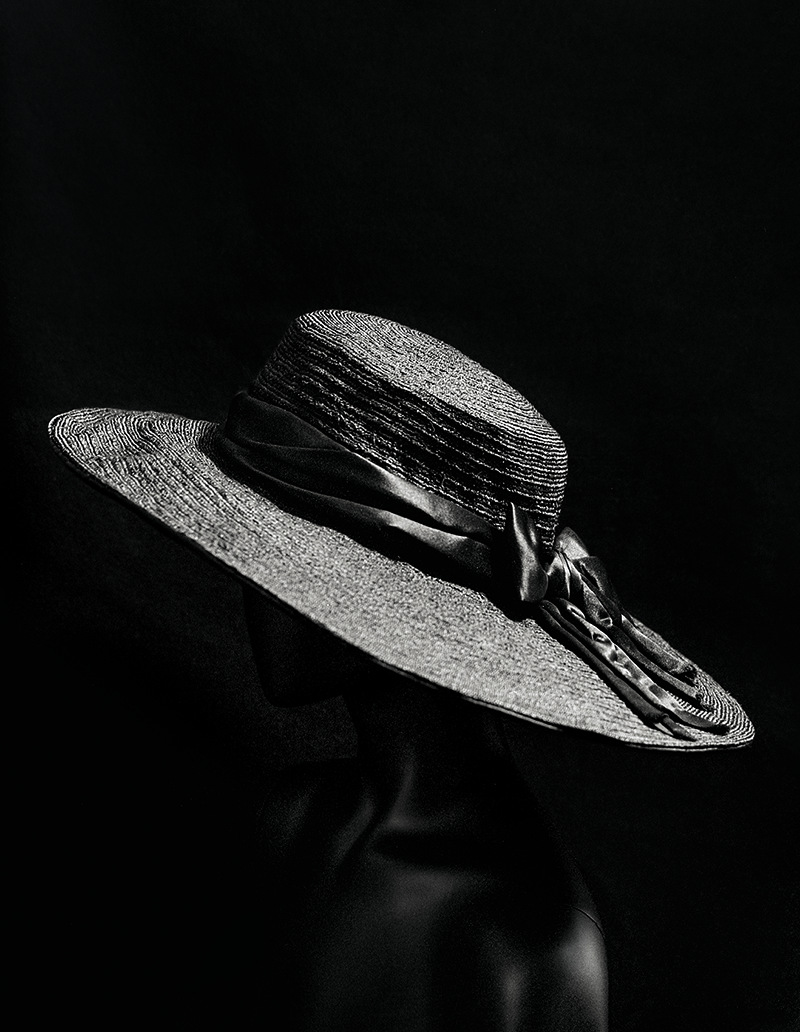 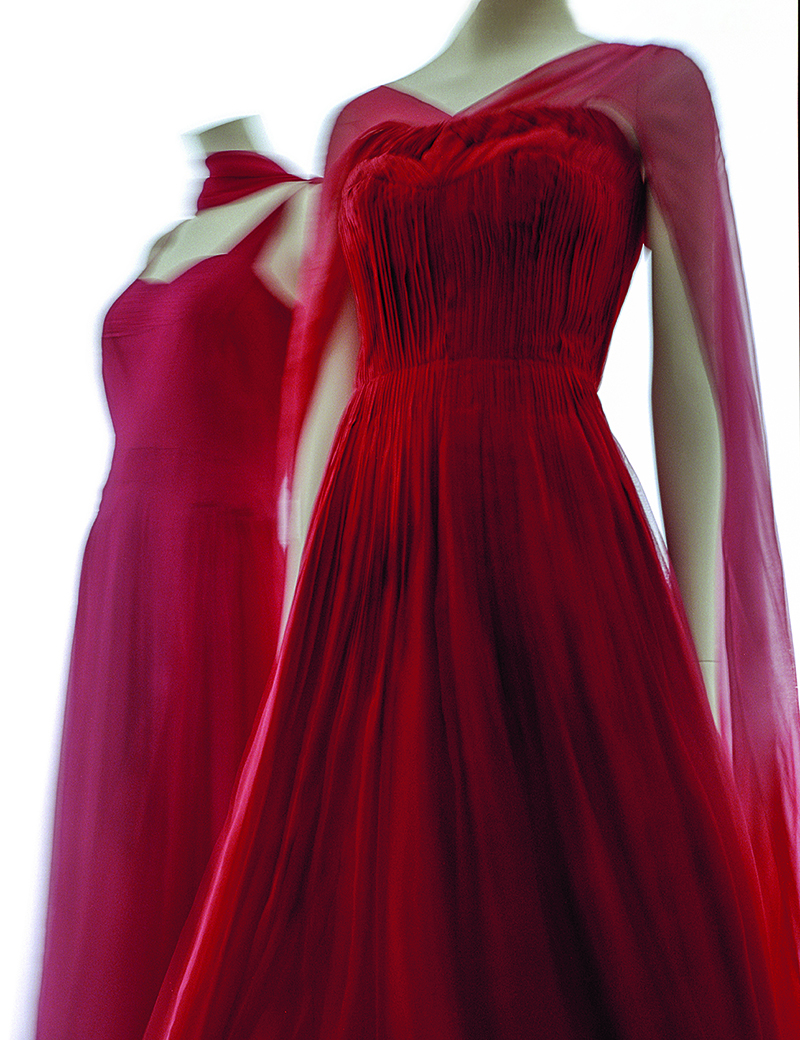 More than 350 dresses, accessories, and jewels are on view until March 2021. The perfectly preserved pieces are drawn from both the Palais Galliera’s own collection (the museum boasts a permanent cache of more than 200,000 items from fashion history, spanning the 18th century through to the present) and Chanel archives, as well as important loans from the Victoria & Albert Museum in London, the De Young Museum in San Francisco, the Museo de la Moda in Santiago, Chile, and the MoMu in Antwerp. 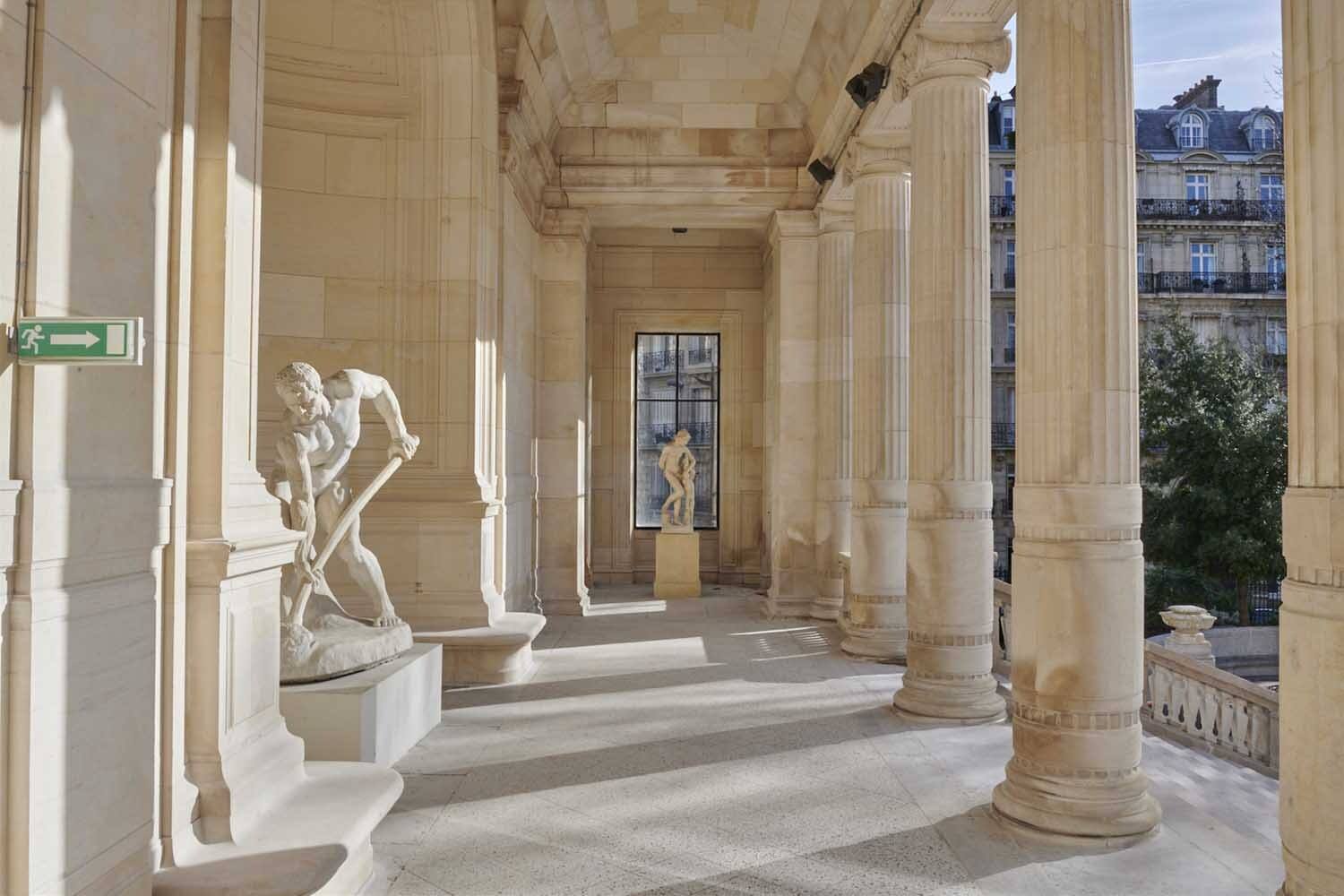 Personal touches are sprinkled throughout, including ten large-scale archive portraits of Gabrielle Chanel that accompany each of the ten sections of the exhibition, revealing the extent to which she lived and breathed her design ethos. Another highlight is the room dedicated entirely to Chanel’s trademark scent, No. 5, which was the first-ever couture perfume. Unlike the fragrances favored at the time, it has no one specific ingredient, but is instead, much like her dresses, an abstracted, modern construction that allows for freedom of individual expression. Today, it remains the most popular scent ever created. The exhibition also subtly integrates a number of Chanel garments worn in private life and on-screen by some of the 20th century’s best-loved actresses, including Grace Kelly and Jeanne Moreau. 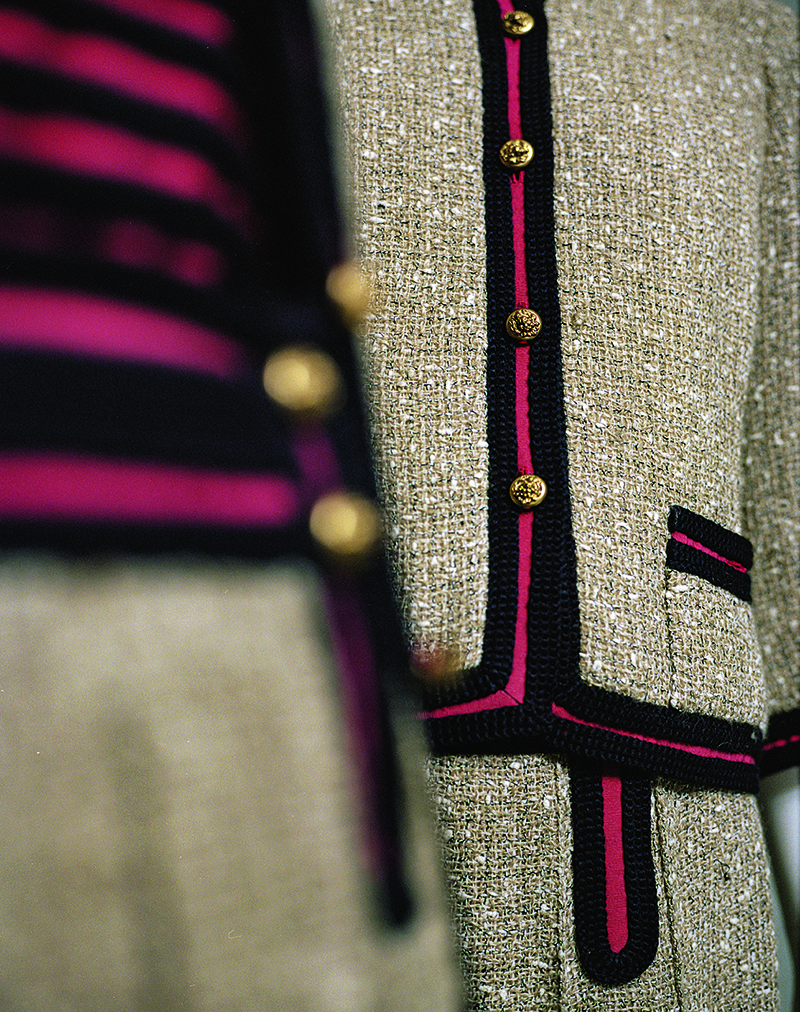 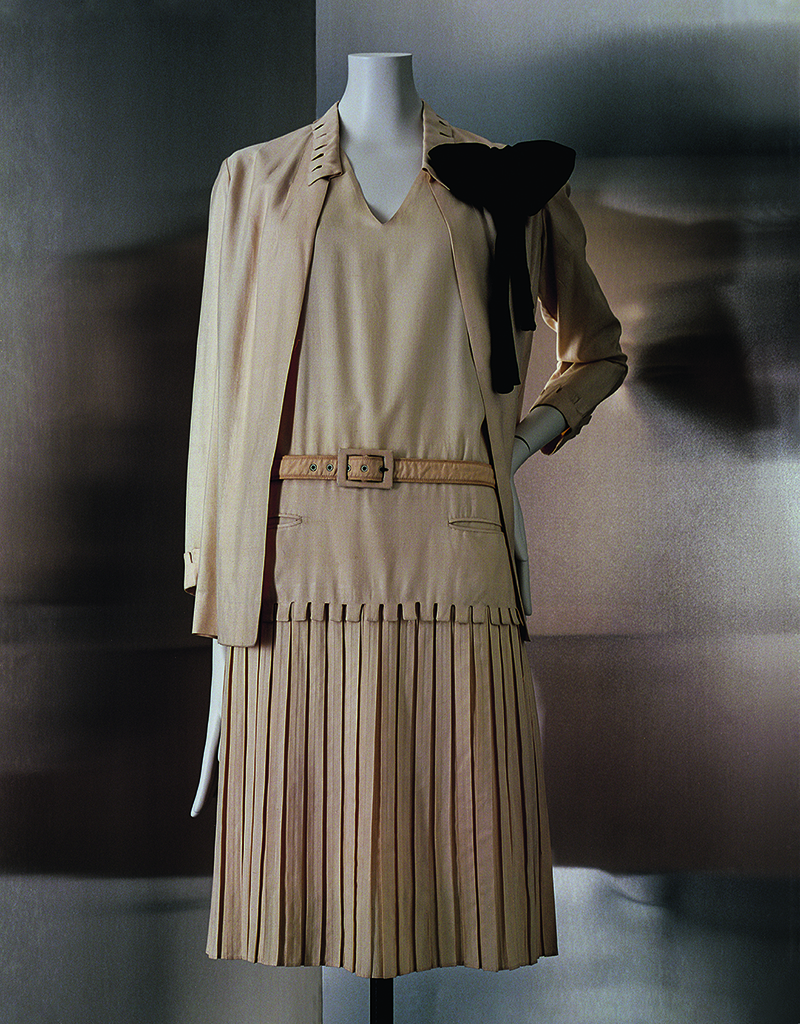 Rather than focus on her colorful background and personal controversies, which have been widely unpacked in literature and film, the museum instead sought to spotlight the details of the garments themselves. (Whole shelves full of biographies have focused on how Gabrielle spent the war cosied up in The Ritz with her German intelligence officer lover, Baron Hans Gunther von Dincklage, for example.) “We chose to focus on the work of the seamstress who became one of the most influential fashion designers of the 20th century,” says Arzalluz. “We wanted to look at her professional career, the development of her style, and her contribution to the history of fashion.”

The exhibition also reveals how Chanel was wildly ahead of her time, embracing a new modernity and breaking free from the elaborate, super-feminine designs of Paul Poiret, who was the most important designer when she broke onto the scene. Take, for example, her striped mariniere sailor top from 1916, which is one of the earliest pieces in the show, or how she made black the color of style. It’s also fascinating to see how Chanel stuck to her sartorial guns despite the arrival of Christian Dior’s so-called New Look after World War II, with a return to wasp-waist corseted looks. “She was totally at odds with the fashion of her time, which was run by a stereotyped image of femininity,” says Arzalluz. “Her style was based on comfort and respect for the female anatomy, but also, on the chic elegance of her designs—Chanel avoided unnecessary decoration.” 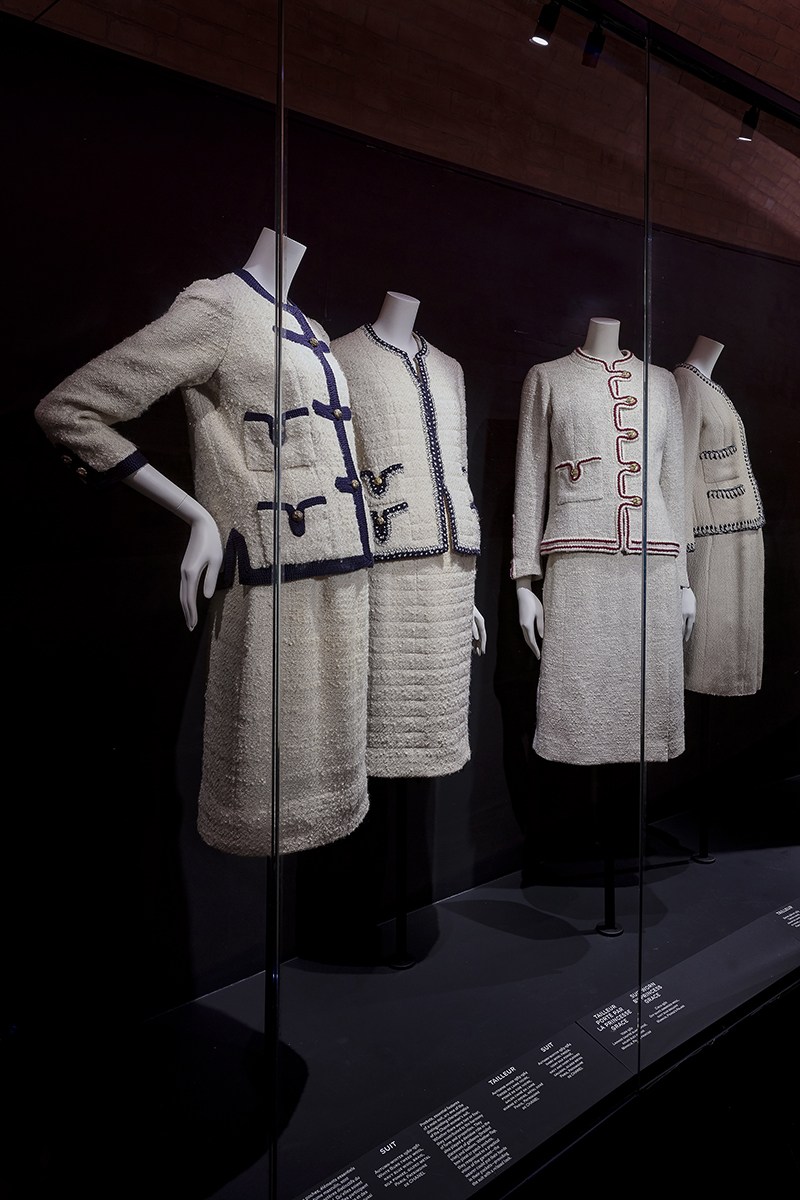 An installation view of "Gabrielle Chanel. A Fashion Manifesto." Photo: Courtesy of the Palais Galliera 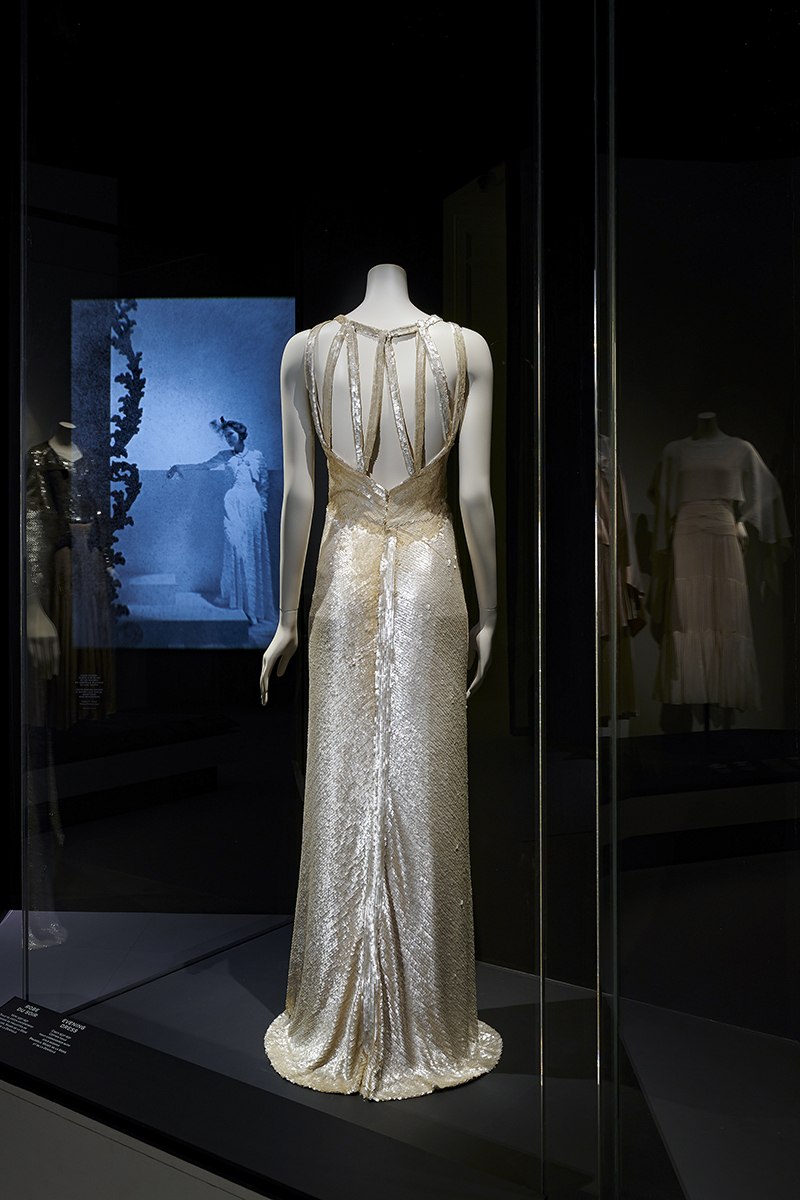 An installation view of "Gabrielle Chanel. A Fashion Manifesto." Photo: Olivier Saillant/Courtesy of the Palais Galliera

Perhaps most remarkable is how the ensembles, which are softly spot-lit in blacked-out rooms, seem as though they could be contemporary Chanel thanks to their clean lines, sophisticated fabrications, and the restrained embellishments that never feel overdone. It is also testament to the innate understanding and respect of the brand’s codes by Karl Lagerfeld, who served as the creative director for 36 years, from 1983 until his death in 2017. And now with Virginie Viard as the brand’s new artistic director, the first female designer to take helm since Gabrielle Chanel herself, the future of the storied maison looks especially bright.

“Gabrielle Chanel. Fashion Manifesto” is on view at the Palais Galliera through March 14, 2021.

Cover: An installation view of "Gabrielle Chanel. A Fashion Manifesto."
Photo: Courtesy of the Palais Galliera
Next Post