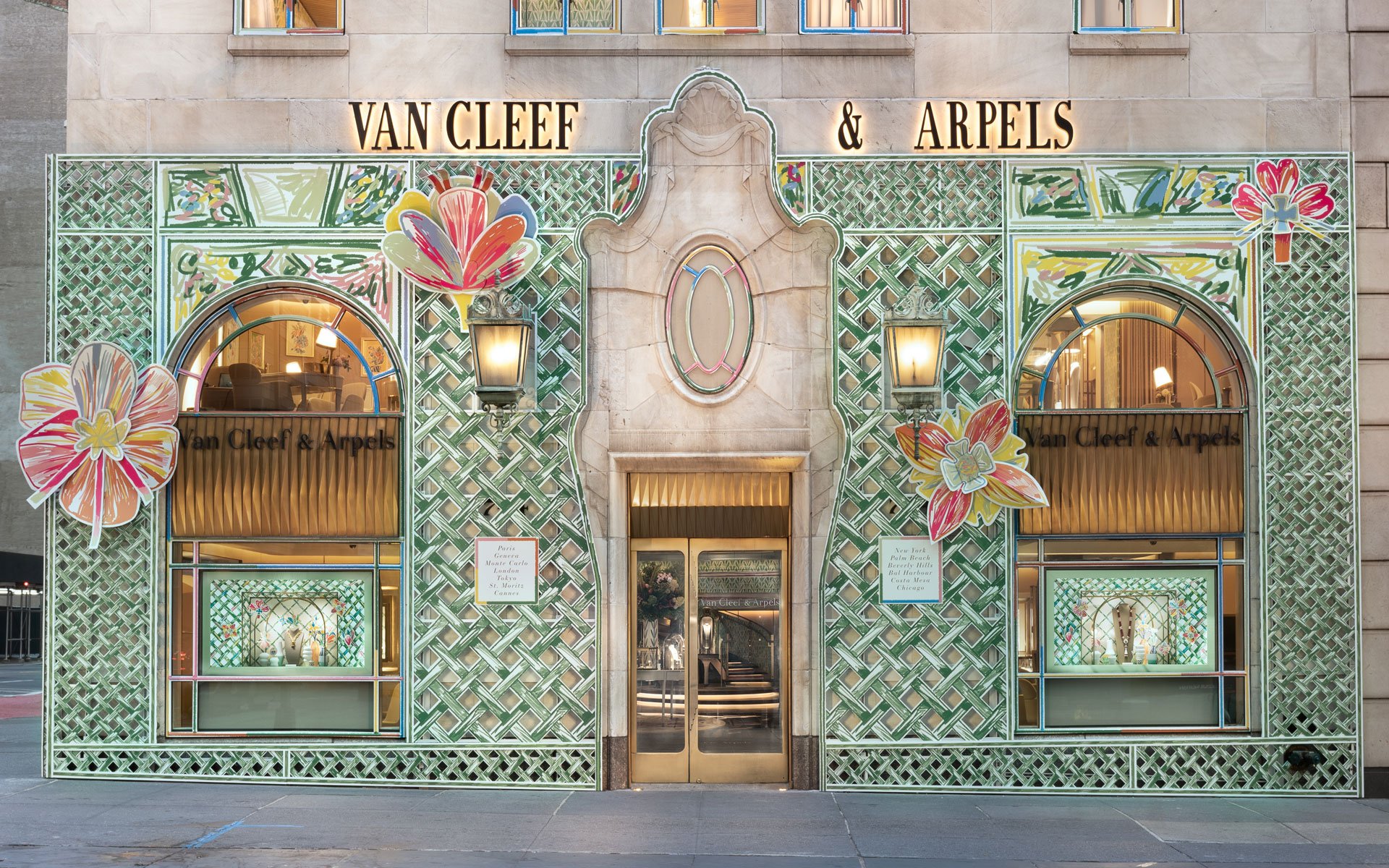 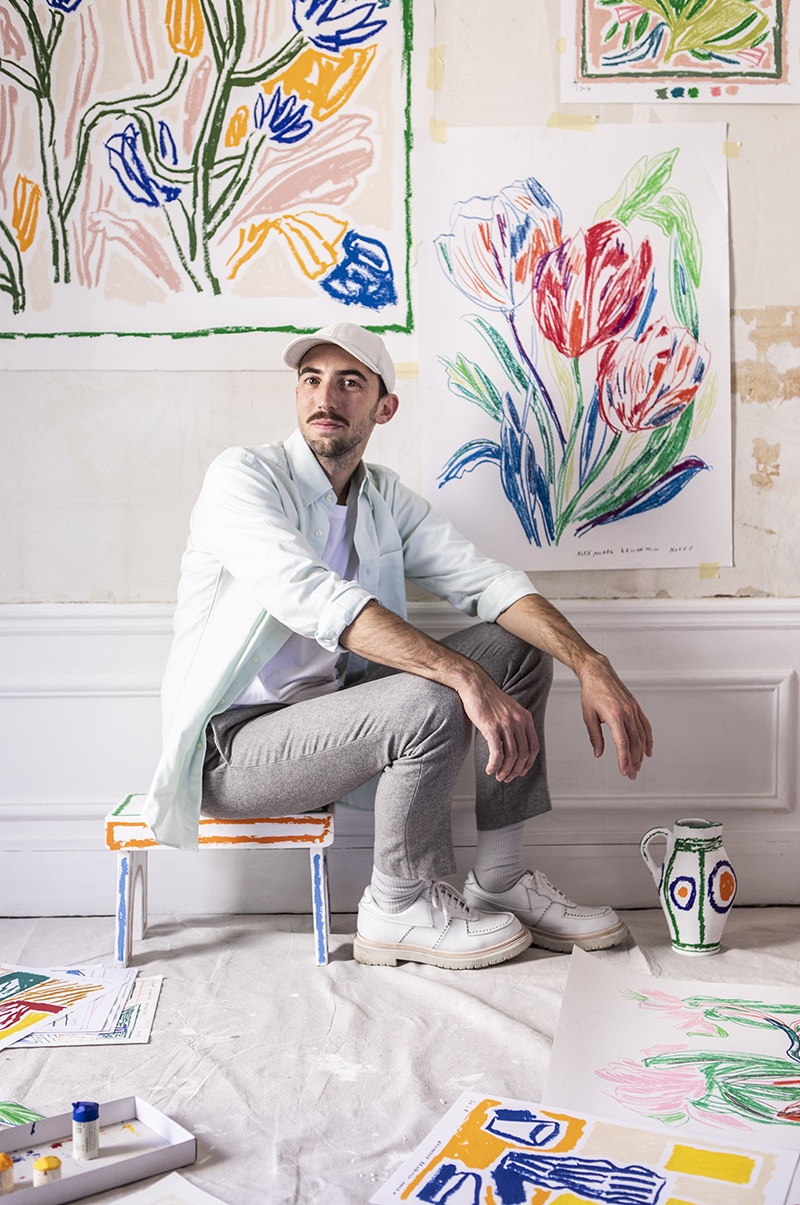 When Van Cleef & Arpels commissioned the talented young Paris artist Alexandre Benjamin Navet to transform its boutiques in March, the world was grappling with the early stages of a major pandemic that would result in months of lockdown and retail stores shuttering around the globe. Now, six months later, the results of the artful collaboration are finally on full display at the store’s Fifth Avenue flagship in New York, signaling a positive new beginning.

“My intention for this project was that people feel like walking into a giant sketchbook,” Navet tells Galerie of his showstopping design concept. “This kind of installation is pretty unexpected in a high-jewelry boutique. The unexpected creates joy and emotion.” 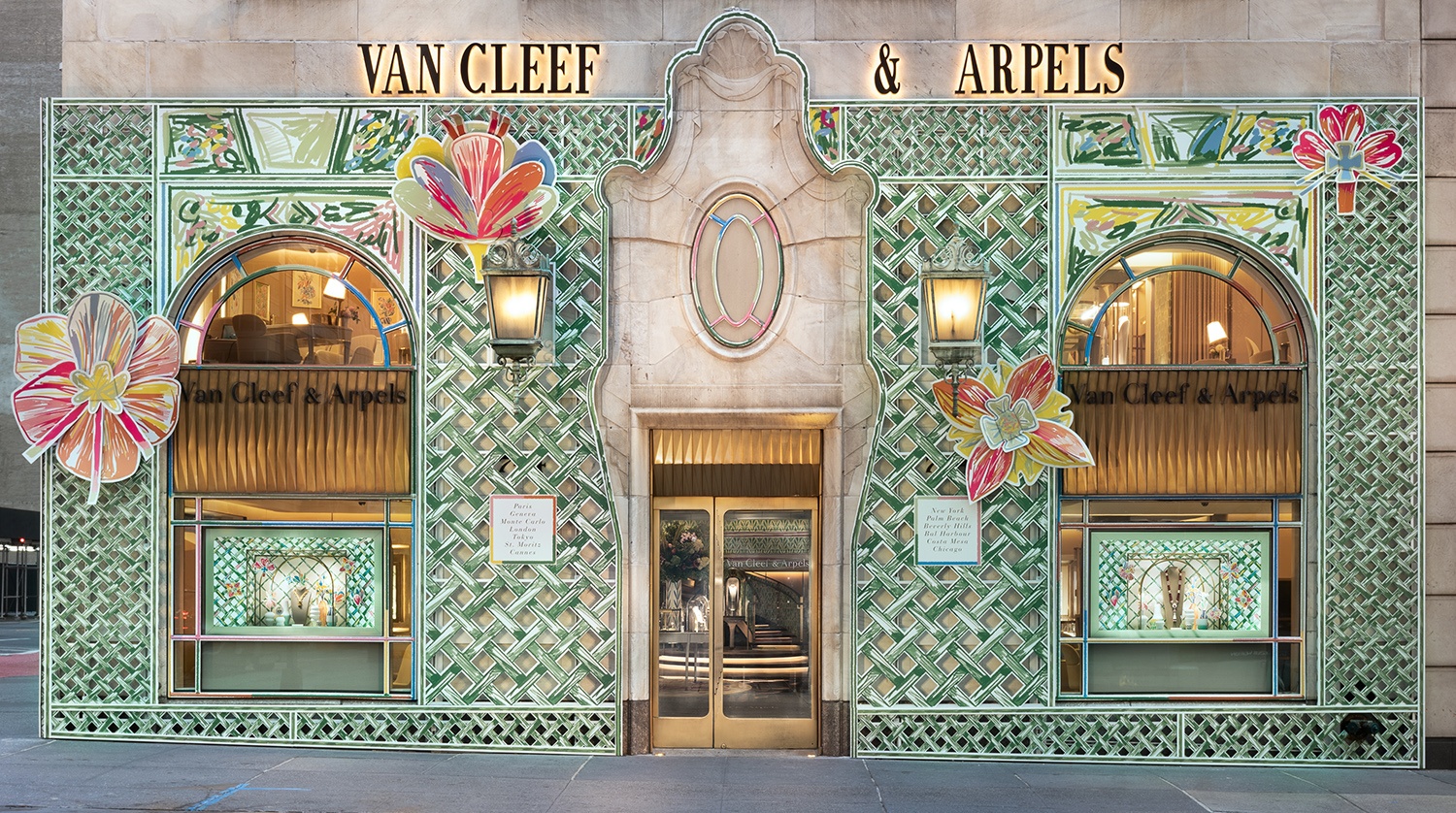 Through the end of October, clients will find the traditional Art Deco–style furnishings and architecture replaced with custom rugs, drapery, upholstery, wallpaper, and vases in prints that have been hand-drawn by Navet. For inspiration, the artist spent countless hours studying the brand’s archives and examining how flowers have played a significant role in the storied French maison since its founding in 1906 at the historic Place Vendôme in Paris. He also looked to Florentine and French depictions of flora discovered on trips to museums such as the Louvre. 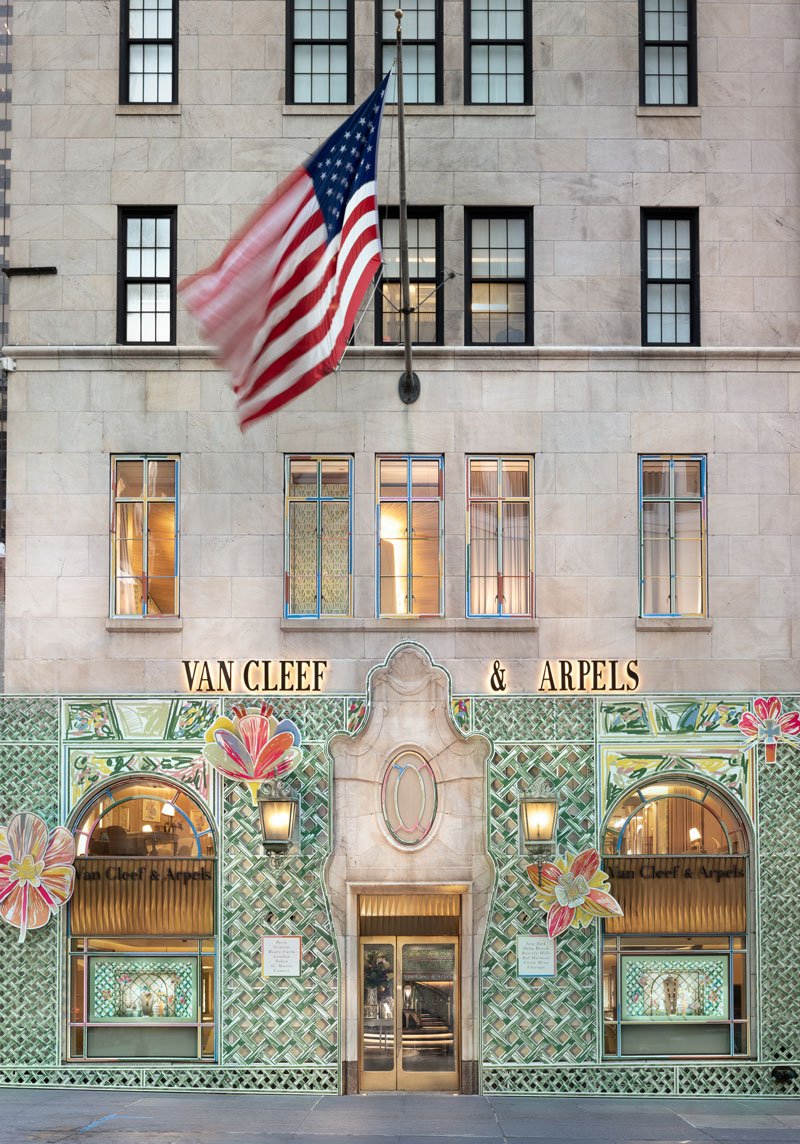 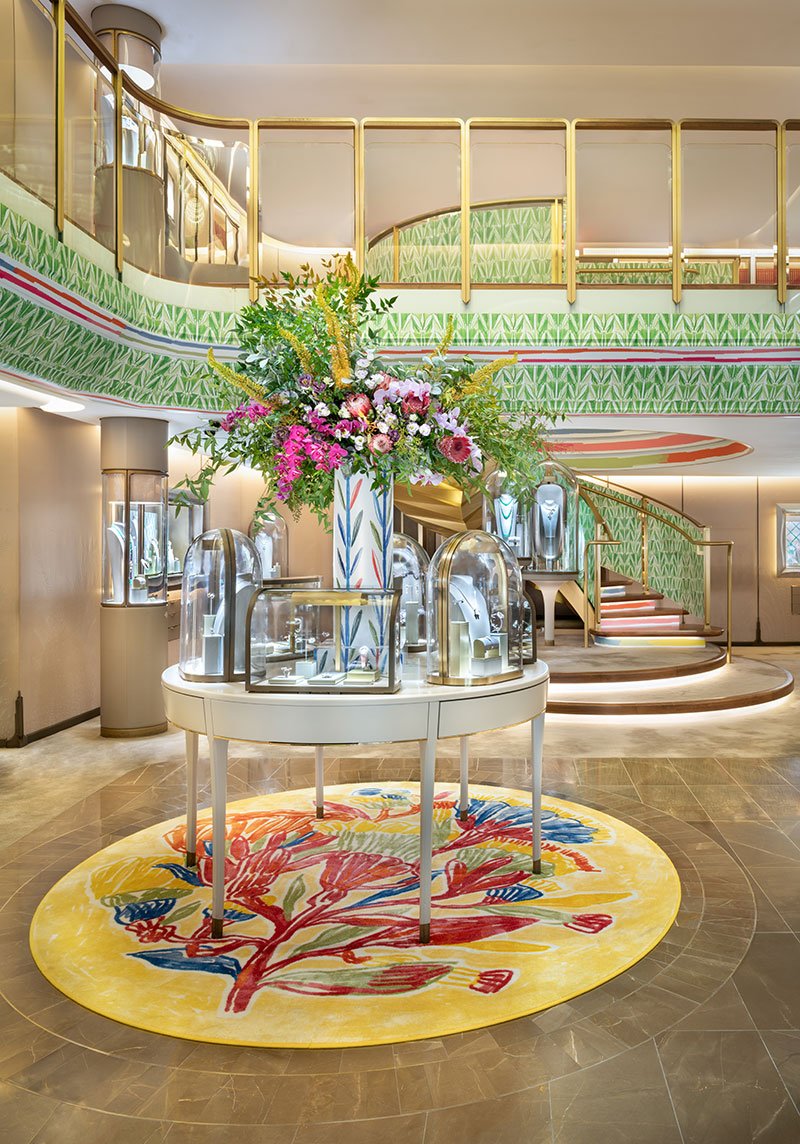 Navet next began to conjure flowers from his imagination, ultimately presenting a joyous explosion of color that offers a fantastical escape from the past few months. “There is a dialogue with the brand, their storytelling, and their history,” he says. 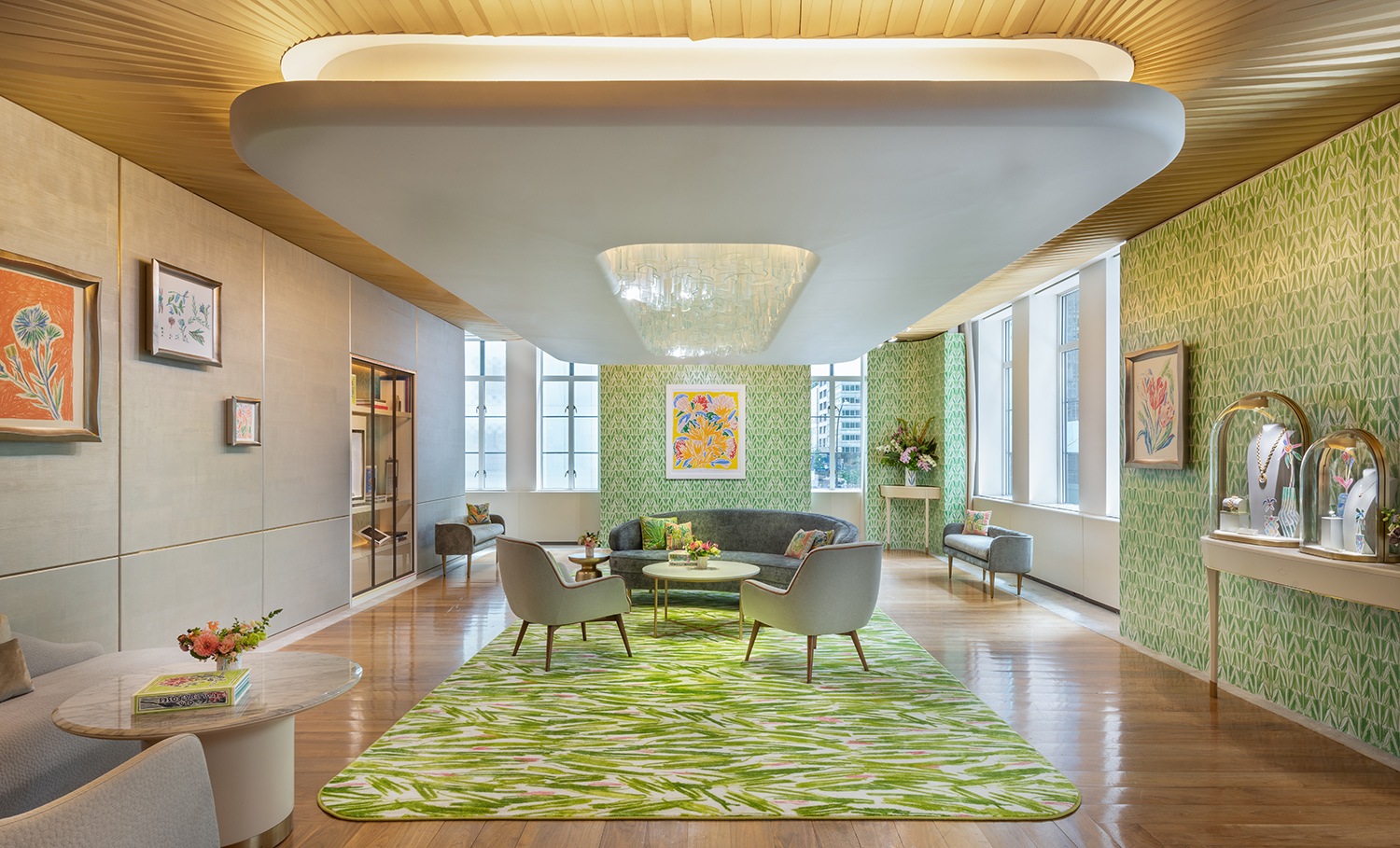 Van Cleef & Arpels was made aware of the young artist in 2017, when he received the grand prize at the annual interior design festival Design Parade Toulon in France, which the house sponsors. However, Navet is no stranger to collaborations: Previously, he was tapped by Hermès to craft its window displays, and last year he created a series of seven in situ painted frescoes for Baccarat’s boutique, bar, and lounge in Milan. He even mounted a pop-up yacht installation at the Hôtel de Crillon in Paris. 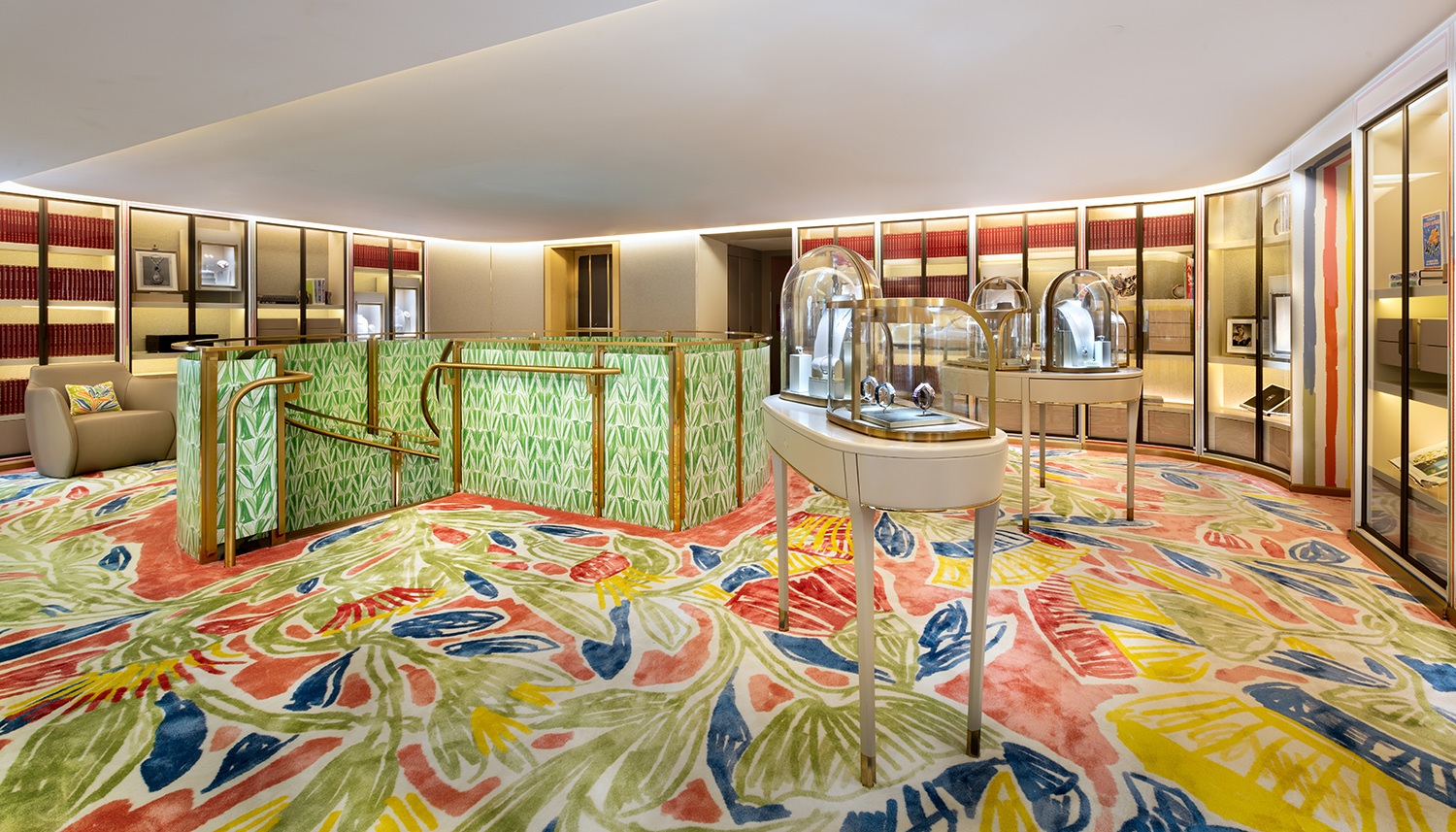 In addition to New York, the Paris, Tokyo, and Moscow sites have already received his artful touch—the first in a series of multiple takeovers. There are 30 other boutiques still to be unveiled, also due to feature the artist’s original works, with the smaller locations being limited to just window displays sure to make an equally delightful impression. “I really hope people like it,” Navet says. 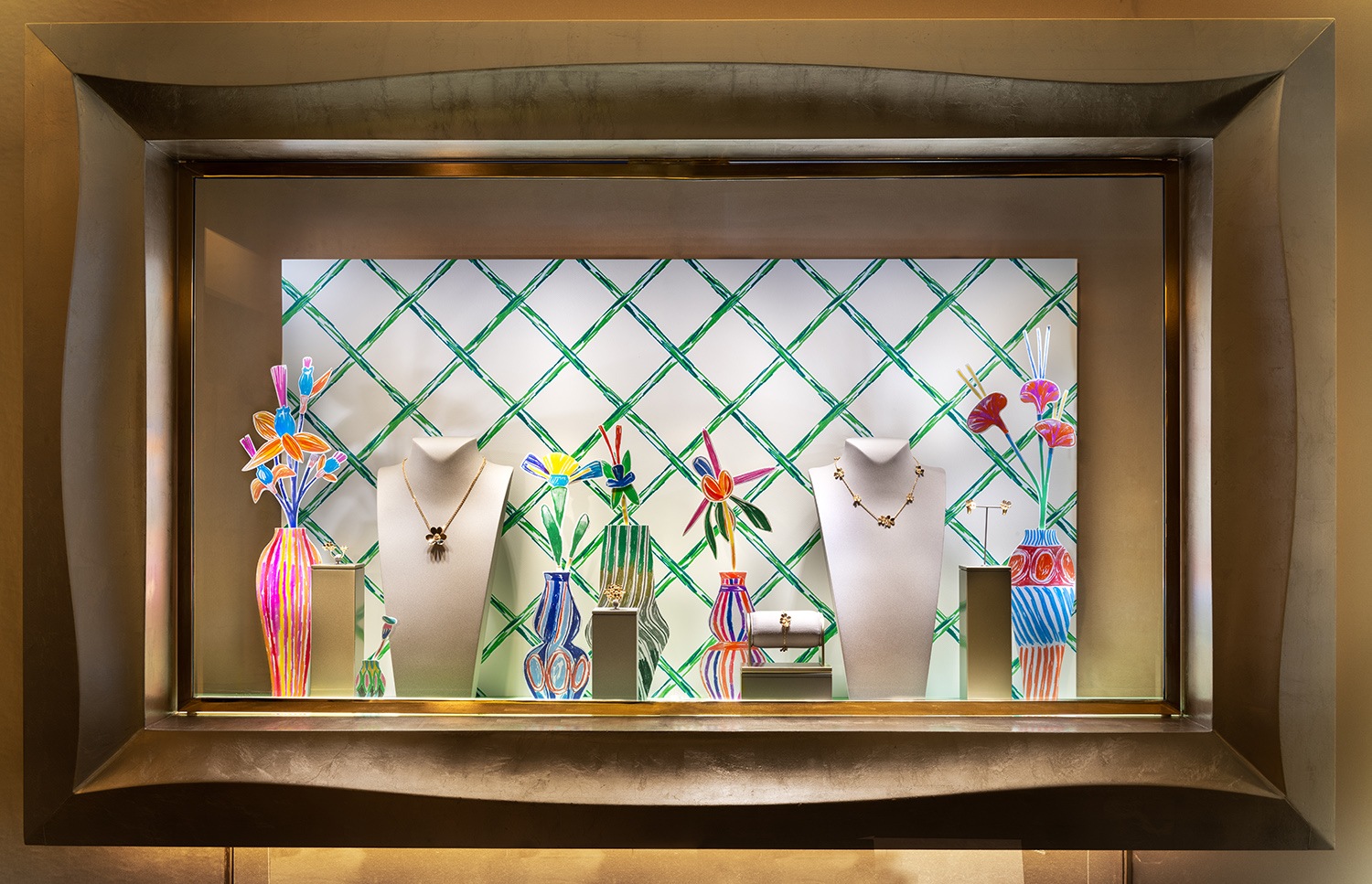