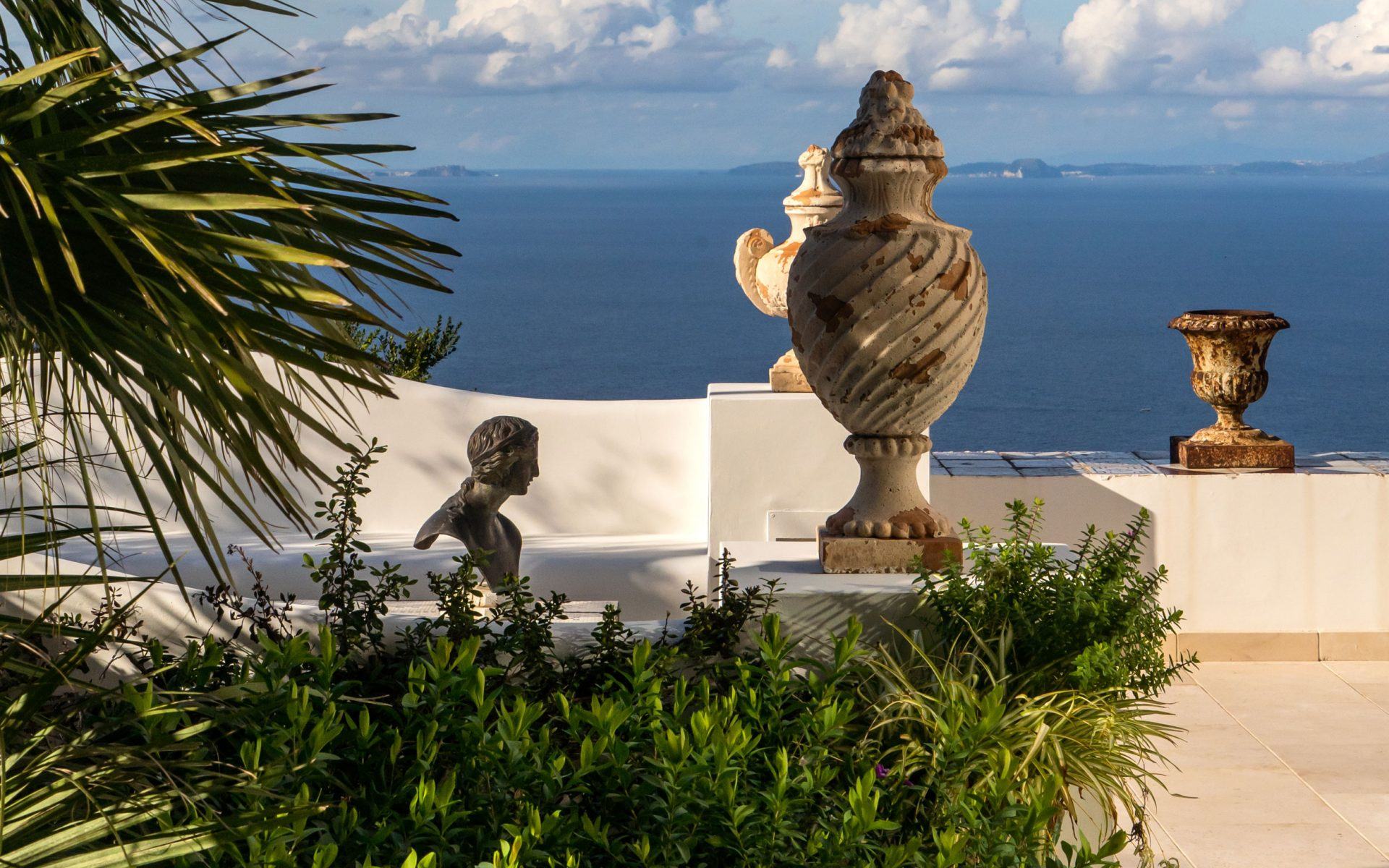 The Eternal Allure of Capri, a Magical Oasis for Creatives and History Lovers Few destinations yield as much romance as Capri, the fabled resort island dating back to the height of the Roman Empire that has lured such illustrious visitors as Frank Sinatra, Jacqueline Kennedy, Grace Kelly, and Oscar Wilde. Now a new book by Jean-Pascal Hesse, who is also the director of press and public relations at Pierre Cardin, sheds light on some of its magic and mystery. “Its location, rugged beauty, whitewashed houses, and the particular blue of the sea have always fascinated me,” Hesse tells Galerie. “[During my first visit] I was immediately stunned by the light and the beauty of the island, which is still so unspoiled.” Having spent summers at the Italian coastal town for more than 20 years, the Frenchman has put his deep admiration into words with Eternal Capri (Gourcuff Gradenigo), available worldwide in French and English on June 15.

While Hesse worked with local photographer Umberto D’Aniello to capture Capri’s distinct landscape, the book sets itself apart from the rest by uncovering the island’s best-kept secrets and rich history, from the Ice Age to the present day. Though it was discovered by the ancient Greeks, Capri derives much of its iconic architectural ruins and vast species of flora from the Romans. Today, at just ten square kilometers, the tiny island offers an enchanting combination of natural cliffs and grottoes that provide a stunning backdrop to the regal villas and seaside restaurants built throughout the years. Mercury at rest in the loggia of Villa San Michele in Capri. Photo: © Umberto D’Aniello

No visitor has quite cemented Capri’s glittering legacy more than Brigitte Bardot, who wrote Eternal Capri’s foreword. The actress brought Capri to the fore in Jean-Luc Godard’s 1963 film Le Mépris (Contempt) alongside Michel Piccoli. During the peak of their careers, the French stars filmed largely at the dramatically rocky Villa Malaparte, featured in contemporary photographs in the book. As Capri became a glamorous escape in the global eye, it transformed from fishermen town to jet-set mainstay. “Capri also owes its reputation to the numerous artists who have settled here and to the thousands of tourists who every summer succumb to the island’s special charm,” says Hesse, noting that the arrival of air transport and increasingly low-cost flights have made Capri significantly more accessible and democratic. “But I must say, up until now, the island remains a unique destination, which is very much one of a kind because it has managed to preserve its mysteries, as well as its history.”

Below, view a selection of images from the book that illustrate why more than a stopover destination, Capri is the Amalfi Coast’s enduring treasure. The legendary Faraglioni off the coast of Capri. Photo: © Umberto D’Aniello