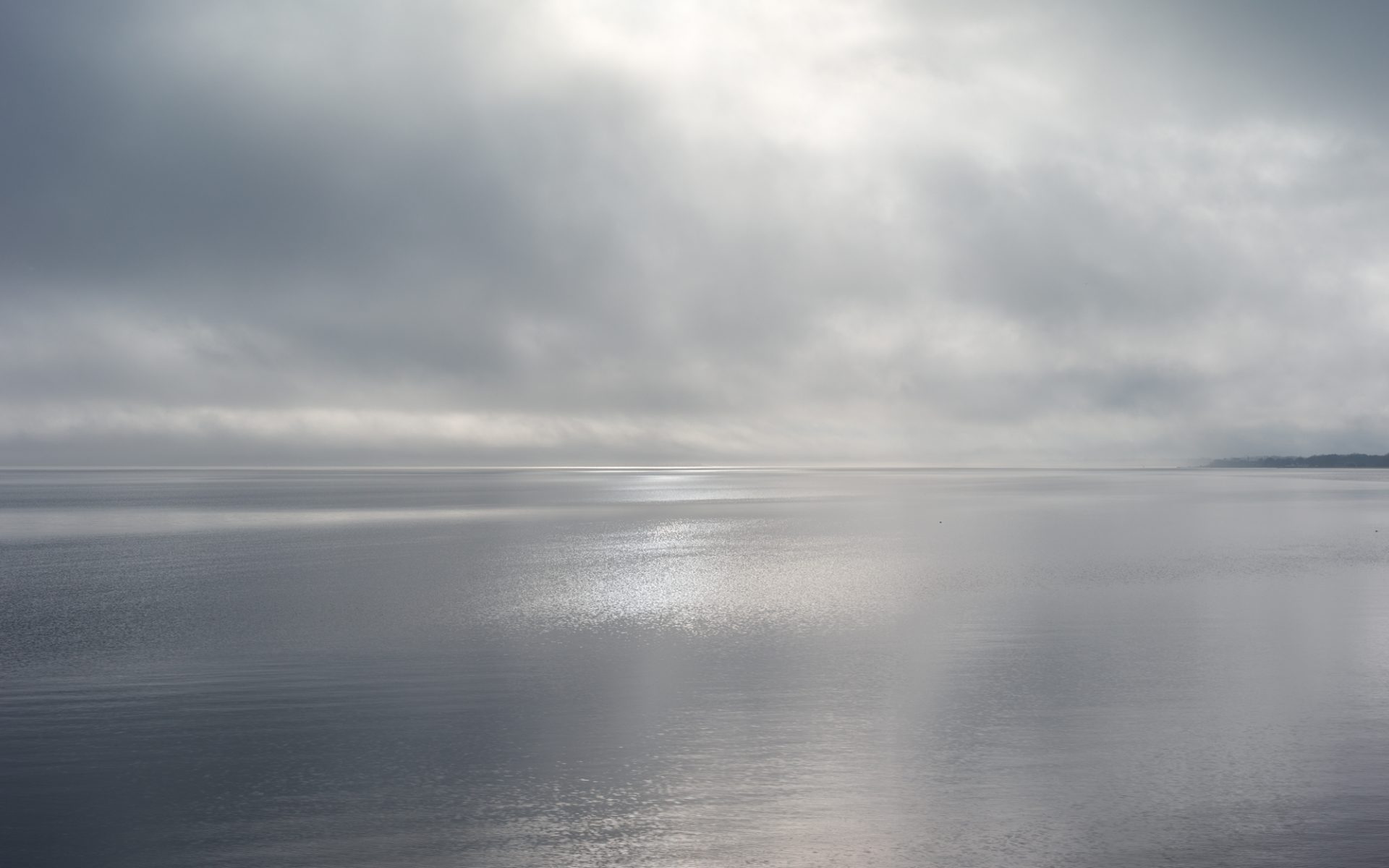 Shot on a beach at the Eastern tip of the North Fork in Orient, New York, Orient Fog II shows the ocean reflecting the grey sky above.
Photo: EJ Camp

Over the past 30 years, American photographer EJ Camp has built a very successful career in both commercial and art photography. After graduating from the Rochester Institute of Technology with a major in photography, she moved to New York and worked as an assistant to photographers Albert Watson and Bruce Weber. Her first big break came when she shot Christie Brinkley for Rolling Stone. Since then she’s photographed many major celebrities, including George Clooney, Michelle Pfeiffer, Helen Mirren, and Gwyneth Paltrow. She’s been responsible for some iconic movie posters including Forrest Gump and Top Gun.

Camp has also built a portfolio of art photographs—capturing the ocean and its shores. Focusing on the way light and water interact, the large-scale images are both peaceful and transformational. Many of these seascapes are taken on the North and South Forks of Long Island—Camp’s favorite places to shoot. In discussing this type of subject she says, “Shooting the sea is not dissimilar from shooting a portrait. It may take some time, in an unforgivable environment, and your subject may be cruel and uncooperative. But with patience and coaxing, its guard will be dropped and the soul of the subject will be revealed.”