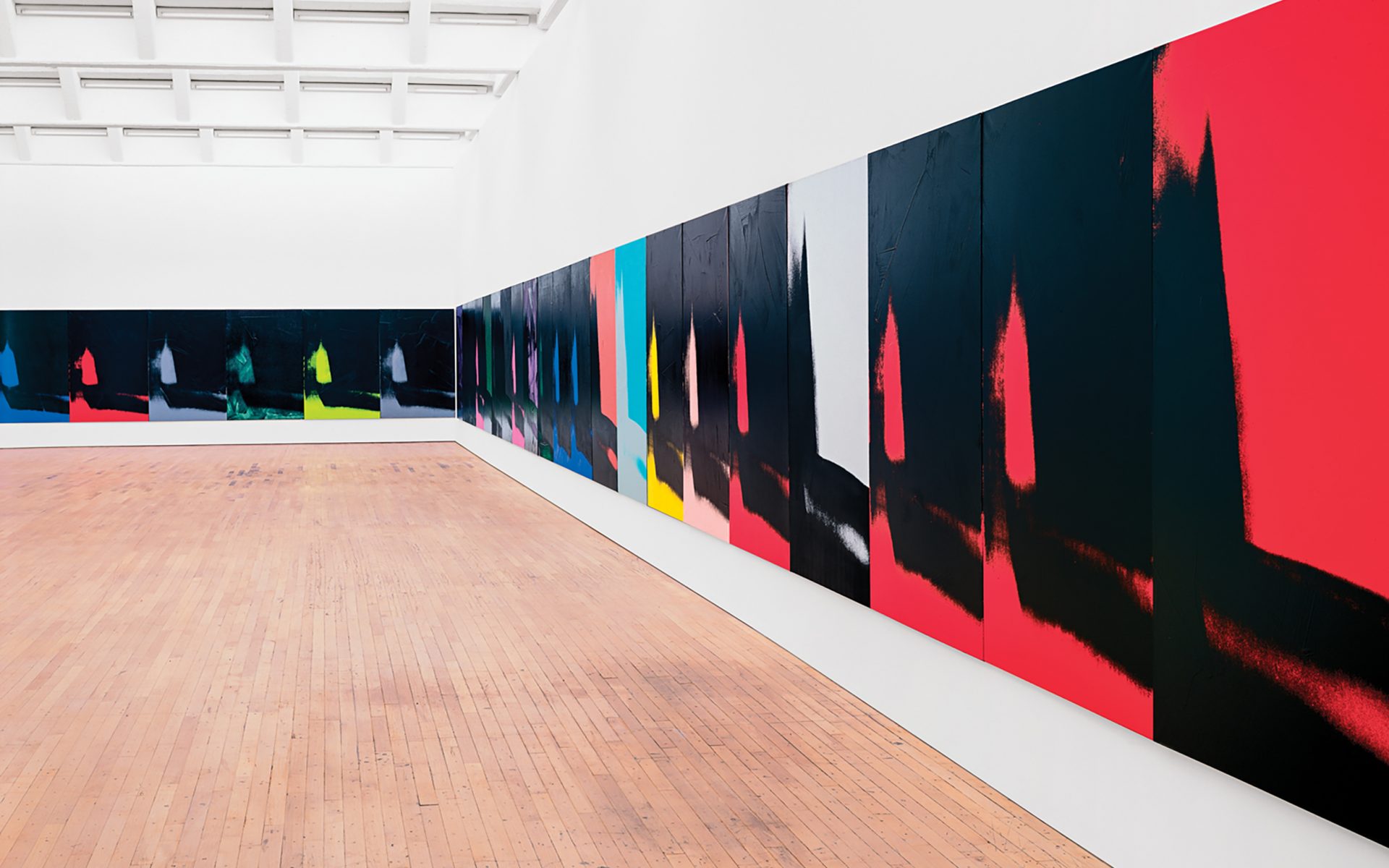 Artists and designers are rallying for various causes this week. At Sean Kelly Gallery, an auction in support of LGBTQ rights has garnered enthusiastic donations from top talents, including Ed Ruscha and Cindy Sherman, while on the Upper East Side, the Holiday House interior designer showcase celebrates ten years of raising money for breast cancer research. As for art fairs, there are two in town: The European Fine Art Fair (TEFAF) is coming to the Park Avenue Armory, while the Fine Art Print Fair will take place at the Javits Center. And for those who can’t wait until the Whitney Museum opens its blockbuster Andy Warhol exhibition next month, Dia is offering a taster this week with an installation of the artist’s famous “Shadow” series.

Read on for Galerie‘s complete list of the best art and design events in New York this week. Rachel Harrison, Untitled, 2014. The work is estimated to go for $20,000 at auction. Photo: Courtesy of the artist and Greene Naftali, New York

The Human Rights Campaign is holding an art auction, Artists for Equality, in support of LGBTQ civil rights. Over 50 artists have donated works for the auction, including Jasper Johns, Robert Longo, Rashid Johnson, Kenny Scharf, Marilyn Minter, and Cindy Sherman. All money raised will go directly toward mobilizing voters and helping to elect pro-equality candidates this November. The live auction will be accompanied by cocktails and an ongoing silent auction on Paddle8. Tickets are $150 each. Liza Lou with one of her beaded works.

In conjunction with her Lehmann Maupin solo show, “Classification and Nomenclature of Clouds,” the Los Angeles artist Liza Lou will join in conversation with writer and critic Francine Prose. The discussion will be open to the public. Over 100 works of art from the mid-19th century to the present day, featuring artists such as Édouard Manet, Edgar Degas, Henri Matisse, Romare Bearden, Mickalene Thomas, and many others, will be on view at Columbia University’s Wallach Art Gallery. The works focus on the artists’ representation of the black female figure, while the models’ interactions with the painters, sculptors, and photographers are explored through archived letters and other memorabilia. This interior design showcase unites the work of the industry’s leading professionals under one roof. Funds raised from the exhibition go toward breast cancer research. An opening night gala will be held on Tuesday, October 23, on-site, with an after-party featuring hors d’oeuvres and cocktails at Temple Israel. Opening night tickets are $350; general admission thereafter is $40. The largest art fair dedicated to fine art prints returns to the Javits Center with 80 exhibitors and includes work by both leading contemporary artists and rare works of historical renown. Highlights include Bruce Nauman, Vija Clemins, Eugéne Delacroix, Edvard Munch, and Joan Miró, to name a few. This year’s edition includes a lecture by printmaker Christiane Baumgartner, who will be in conversation with Metropolitan Museum of Art associate curator Jennifer Farrell; this talk is free and open to the public. An opening night benefit will be held on Wednesday, October 24; tickets to that event are $100, while one-day tickets range from $15 to $25. Dia is reuniting some 50 silk screens from Andy Warhol’s “Shadows,” which will be displayed in the formation originally intended by his studio assistants. Though nearly identical, the subtle differences between canvases reveal the nuances of the silk-screening process and speak to the presence of the artist. Some 93 of the world’s leading dealers in fine and decorative arts and jewelry from antiquity through the early 20th century will be presenting their wares at TEFAF New York Fall at the storied Park Avenue Armory.  This year’s program includes a number of lively discussions on Delacroix, Tintoretto, public monuments, and more; additionally, a special VIP pass earns access to exclusive events like a backstage tour of the Metropolitan Opera.