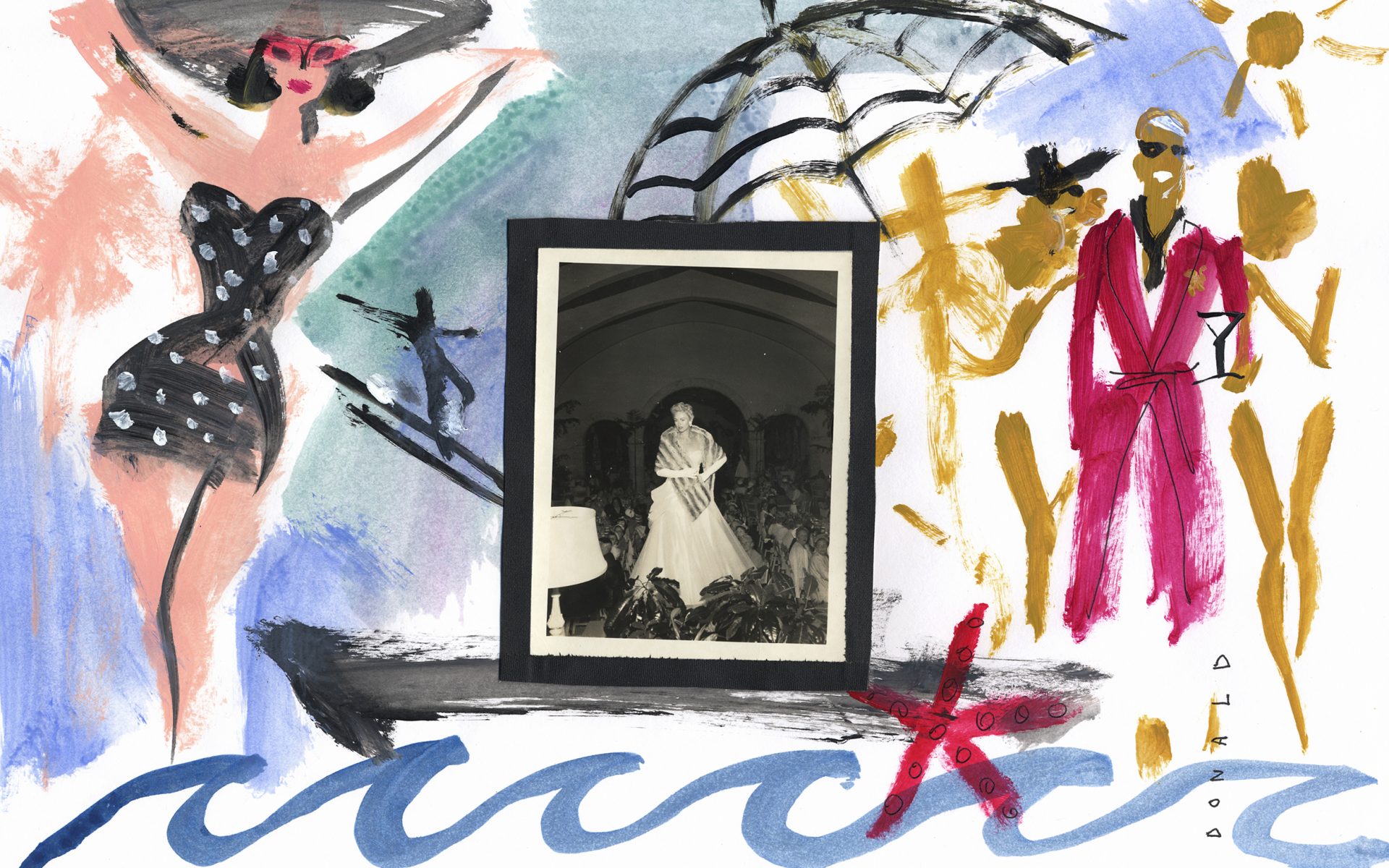 Since it opened on New Year’s Eve, 1930, The Surf Club in Miami has welcomed a who’s who of high society. Today, the oceanfront property—which includes a social club, Four Seasons Hotel, residences, restaurants, spa, cabanas, and boutiques—is still one of the chicest destinations in South Florida.

A handpainted mural by British artist Gary Myatt spans the length of the restaurant and harkens back to the resort’s heyday Photo: Ken Hayden Photography

One of the nine-acre resort’s marquee gathering spots is The Surf Club Restaurant, helmed by the award-winning chef and restaurateur Thomas Keller. Recently, the space received a modern makeover under the direction of London and New York-based Martin Brudnizki Design Studio, which cultivated the celebrated interiors for other prestigious destinations such as Annabel’s in Mayfair, Pink Mamma in Paris, Mina Brasserie in Dubai, The Beekman in New York, and Café Boulud in Toronto.

“Our starting point for the restaurant was The Surf Club itself—the history of the building is so interesting, from the incredible parties they used to hold there to the glamorous guests who used to visit. We knew we had to recreate that magic and design a space that transported guests to Miami’s golden era,” says Brudnizki.

A highlight of the Miami restaurant is the artwork by artist Donald Robertson, paintings in his loose, colorful, signature style that capture the spirit of the city with pink flamingos, palm trees, bathing beauties, and sexy surfers, and feature vintage photographs from The Surf Club’s archive. “The finished art work feels like it was torn out of old watercolor books that were painted pool side at The Surf Club way back when, with photos taped on as mementos,” says Robertson. “The Liberace one is my fave.”

“We had always admired Donald’s artwork; he has a wonderful sense of color and his work always feels fun, which is exactly the mood you want in a bar,” says Brudnizki. “We knew we had a really nice selection of imagery from the archives of The Surf Club to work with, and rather than frame those, we thought it would be interesting to create collages. Our only reference, other than the incredible imagery from the archives, was the work of Peter Beard and how he combined illustrations and text with photography. Other than that we had complete trust in Donald and love how they turned out.” Also as part of the restaurant’s revitalization, Brudnizki installed sculptural chandeliers, mirrors, and intricately detailed ceilings. The color palette mixes the stark white of South Beach’s most famed buildings with cool Aurelian blues and verdant greens. Warm timber paneling gives the space a cozy air, while the retro-chic leather banquettes harken back to the hot spot’s heyday. “A lot of the interior elements are rooted in traditional design and so feel apt for such an historic location,” says the designer. “But we also knew that it had to respond to a modern guest and so we mixed in art deco-inspired chandeliers with more modern mirrored detailing, a beaded ceiling, and wood paneling with the terrazzo floor to ensure it felt contemporary and glamorous yet anchored in tradition.”

The bold terrazzo flooring gives way to open patio seating that’s tucked peacefully amongst lush, tropical plants. Finishing the space is a selection of photographs from The Surf Club’s archives that dot the walls in the bar area, as well as a second hand-painted mural, this one by British artist Gary Myatt, that nod to the restaurant’s past—a beautiful counterpoint to Robertson’s celebration of the present. “I really love the Donald Robertson works and think they make the bar come alive,” says Brudnizki. “The mural is also a playful touch and features small nods to the building’s history in Churchill’s cigar, the Shah of Iran’s tennis racquet, and the boat from where Harvey Firestone first discovered the place that would become The Surf Club in the 1930s.”

An outdoor dining area at the restaurant helmed by Chef Thomas KellerFollowing his work at The Surf Club, Brudnizki will reimagine the interiors at St. Barths’s famed Eden Rock Hotel, Washington D.C.’s Dupont Circle Restaurant, and the public spaces of the Four Seasons Palm Beach.