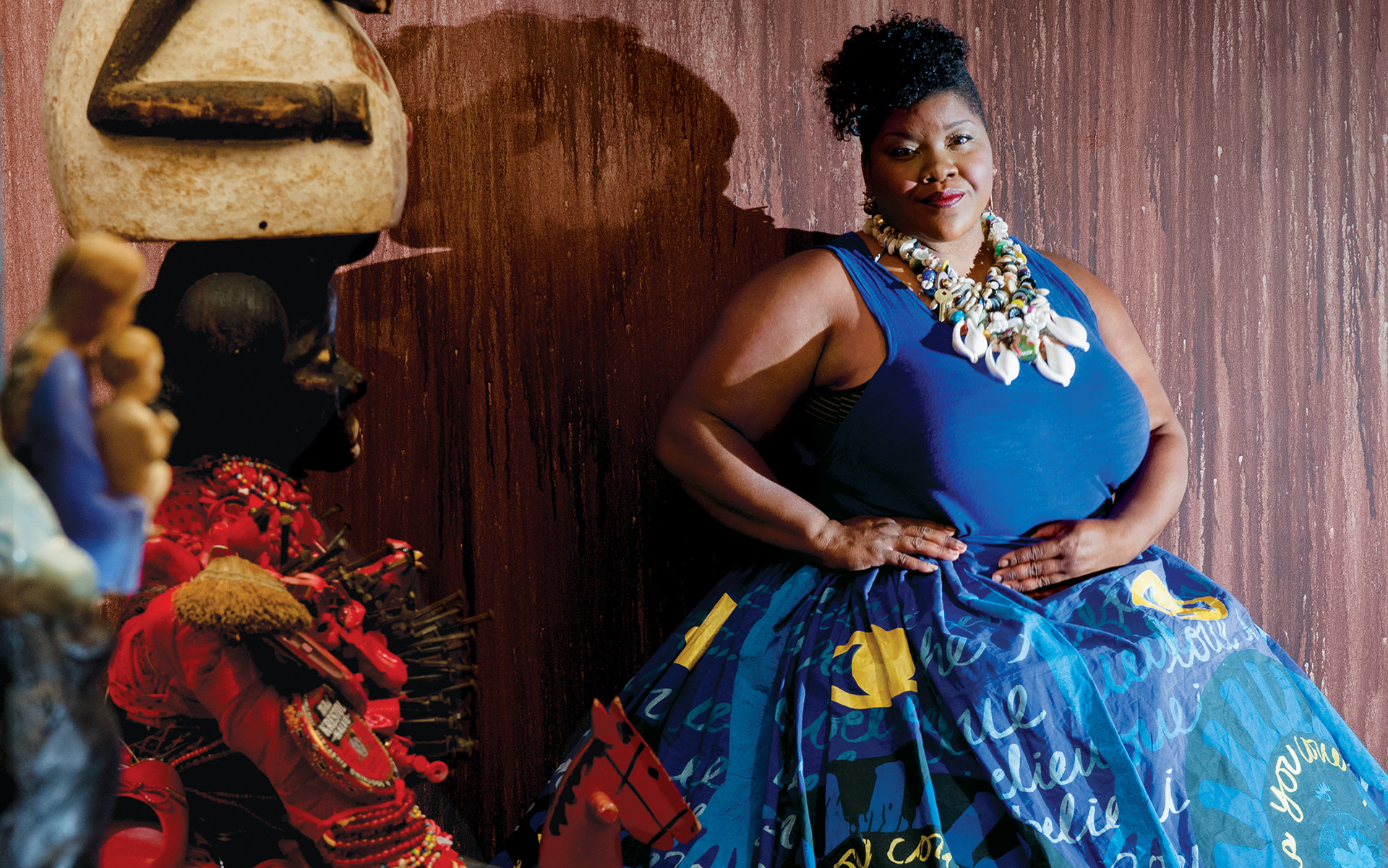 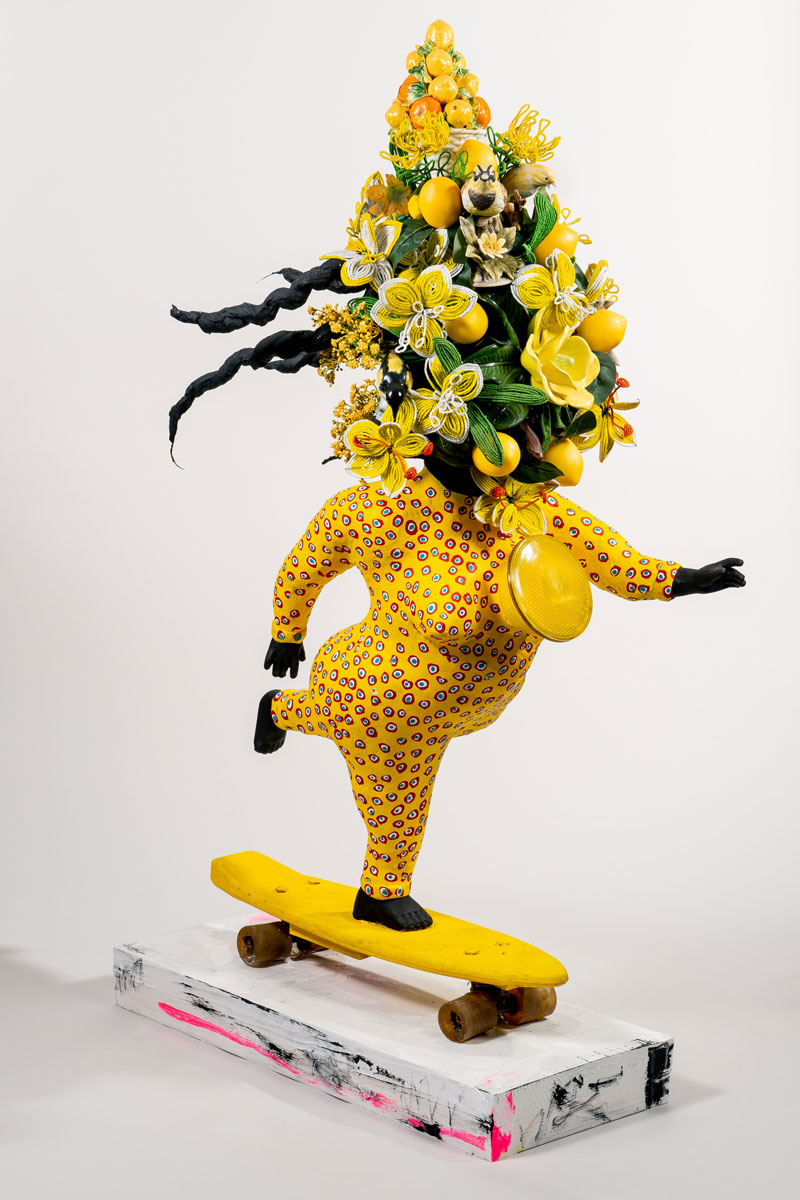 Black Girl on Skateboard Going Where She’s Got to Go to Do What She’s Got To Do and It Might Not Have Anything to Do With You, Ever., 2022 Photo: Courtesy of the artist and Kasmin, New York

Artist vanessa german’s diverse practice comes from an internal place of healing. Whether it’s sculpture, performance, or installation, there’s something much deeper in play. “It’s not just a studio practice,” german explains. “It’s a way I found to be alive that’s therapeutic, restorative, and regenerative.”

Using assemblage and mixed media, she crafts artworks she calls “Power Figures,” which emerged from a period of darkness in her life 17 years ago, when she felt “a real dissonance in the world.” During that time, she gave herself “permission to be with my own ideas without anxiety and feel my life, my body.” Out of that experiment came these beautiful, otherworldly figures she made using materials found around the rowhouses where she’d been squatting in the Pittsburgh neighborhood of Homewood. “I would do really labor-intensive handwork,” she explains. “Fully committing myself to those objects saved my life.” 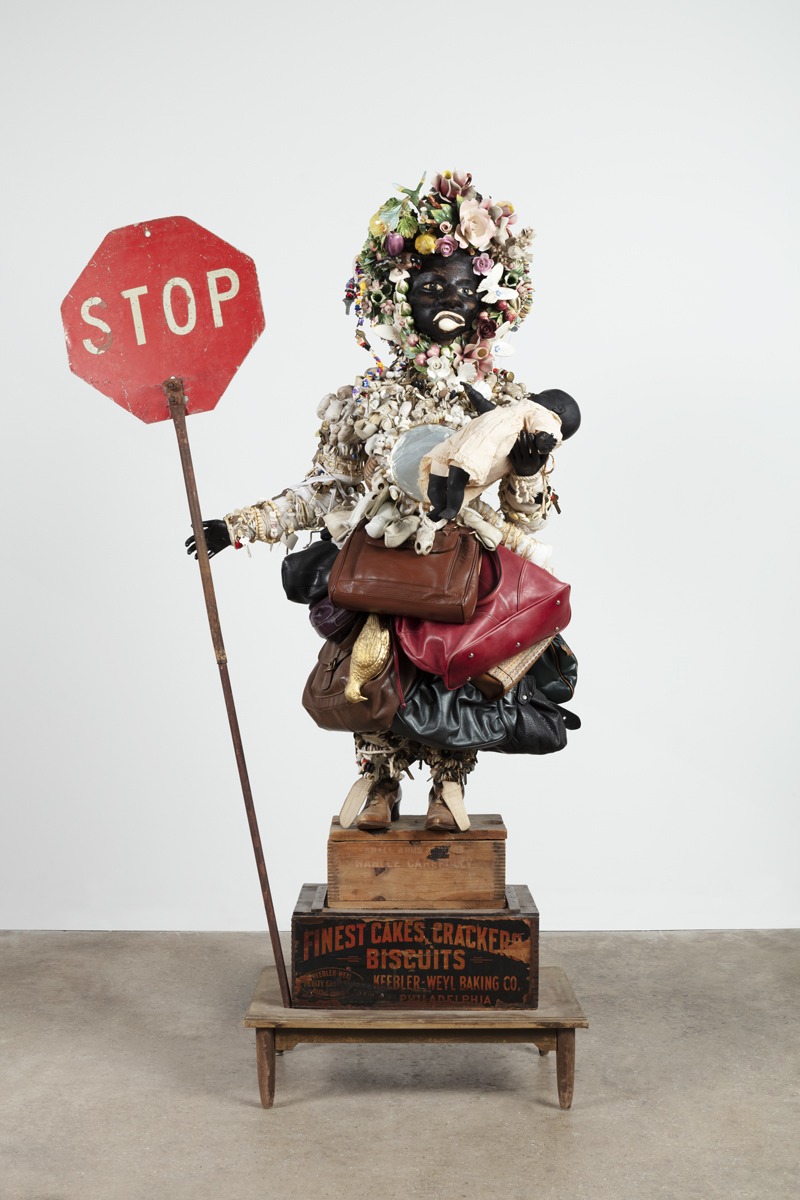 Endurance is a love story, 2016 Photo: Courtesy of the artist and Kasmin, New York 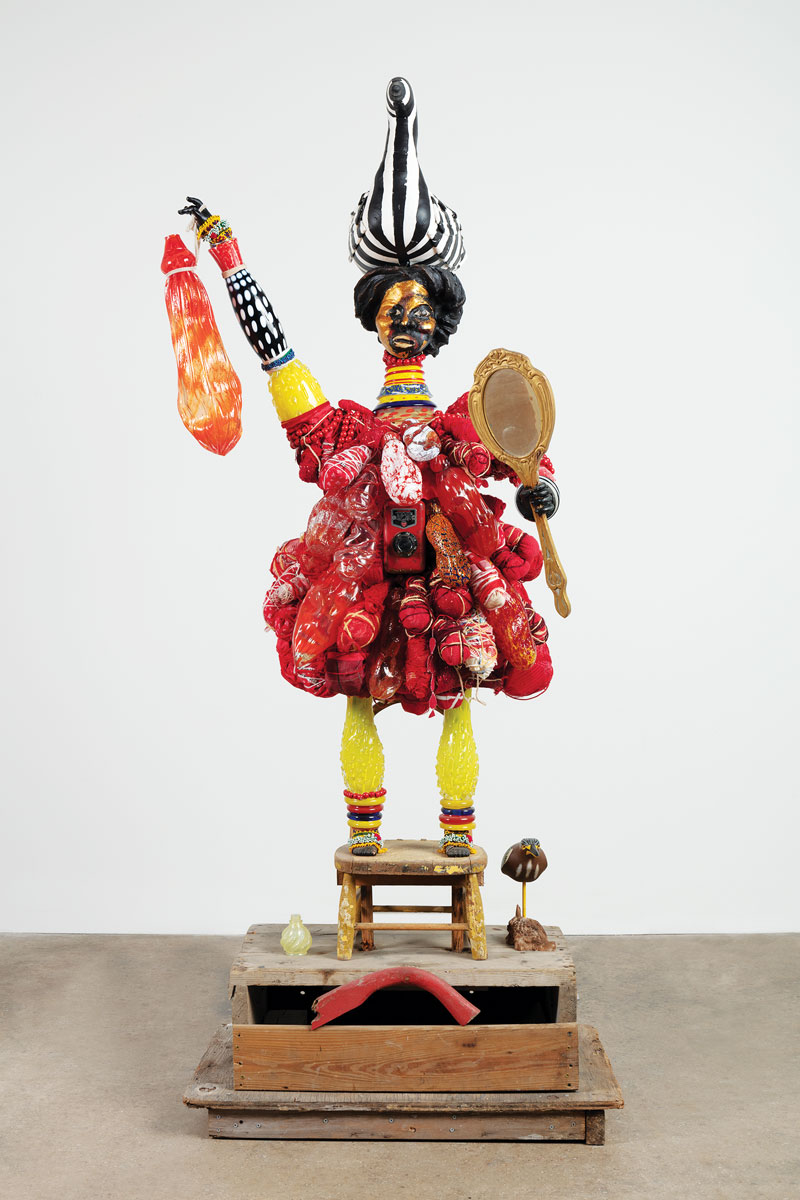 The Blood & The Animals, The Mirror & The Sky; An ode to the un-language-able truth of is-ness., 2017 Photo: Courtesy of the artist and Kasmin, New York

“It’s not just a studio practice; it’s a way I found to be alive that’s therapeutic, restorative, and regenerative”

Included in an exhibition at the Carnegie Museum of Art, those original “Power Figures” earned her a gallery show; her career has steadily built from there. Last year, german signed with Kasmin, which is planning a gallery debut for her in the fall. Even with her new level of recognition, she remains deeply rooted in her community of Black, queer women, buying houses in Homewood to host an artist-in-residence program and kids’ art workshop. Next, german plans to transform the local funeral home into a center for art and wellness, the Museum of Resilience. 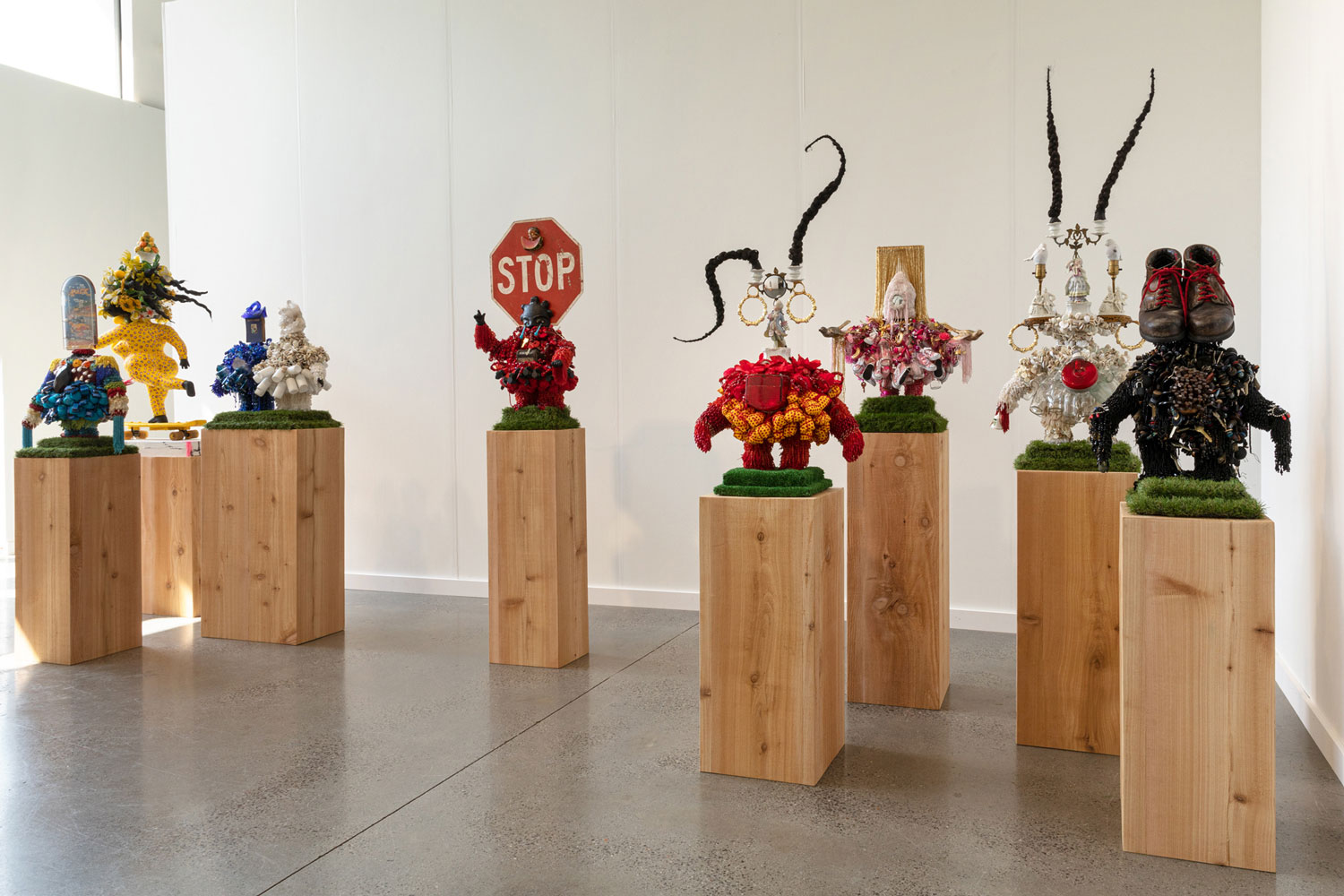