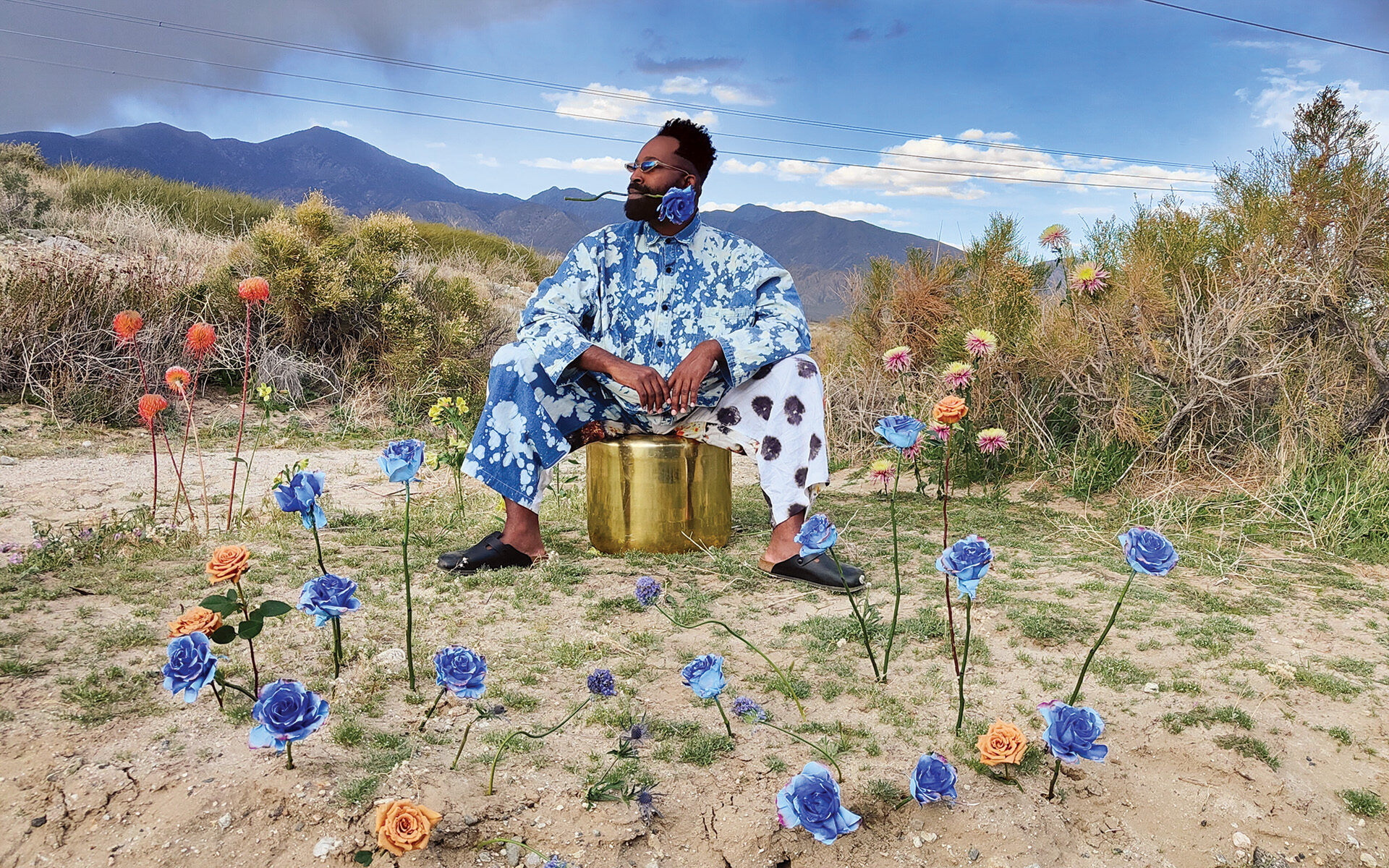 Maurice Harris in one of his portraits that combine his photography and floral practices.
Photo: Maurice Harris 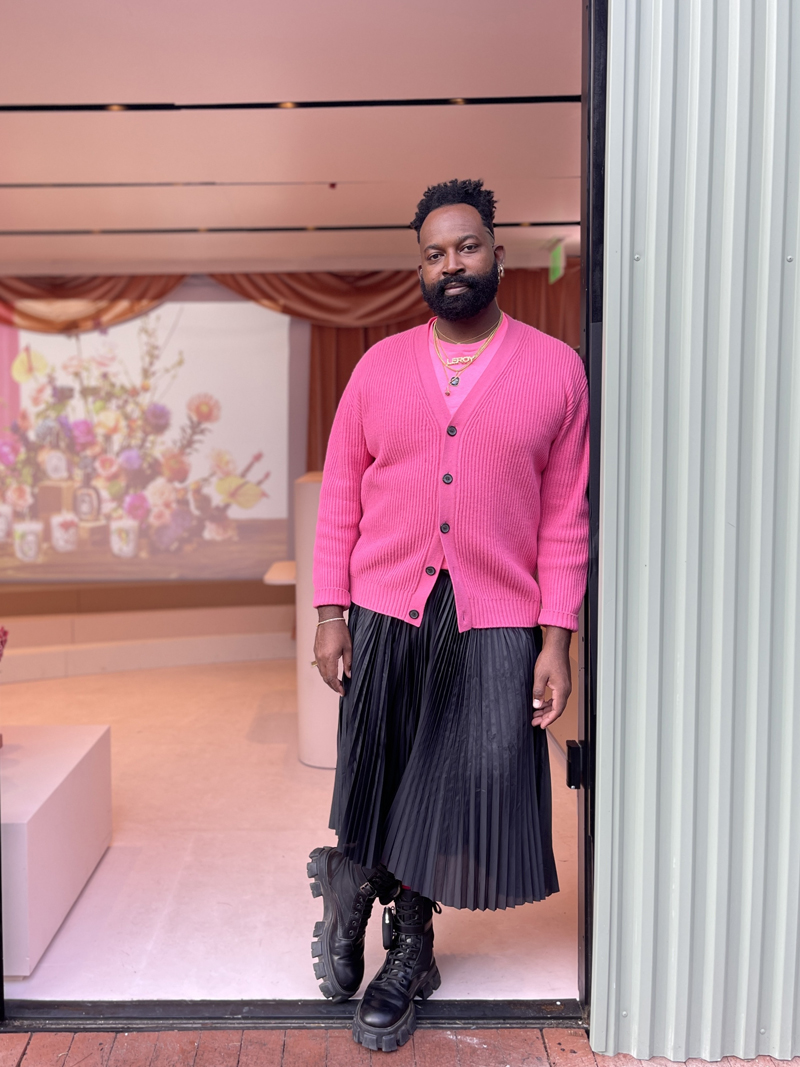 “Not a lot of people had really looked at flowers in a new way when I got into it in the early 2000s,” says Maurice Harris, an artist, photographer, and entertainer who helms floral design studio Bloom & Plume in Los Angeles. “I felt like there was room for me to disrupt this market in a very organic way.” Since then, his massive arrangements of vibrantly colored blossoms have appeared at events for clients such as Pyer Moss, Diptyque, and Goop, and transformed cultural institutions, including the Los Angeles County Museum of Art (LACMA), the Hollywood Bowl, and the Museum of Contemporary Art, Los Angeles.

Additionally, he uses these exuberant floral creations in his portraiture, much of which features him nude. It was a practice he developed in response to the seemingly endless news cycle of Black men dying at the hands of the police. “I found it to be really confusing and complicated and terrible. I distilled it down to: I think our imagery is really killing us. We’re only able to be seen as hypermasculine or hypersexualized,” he says. 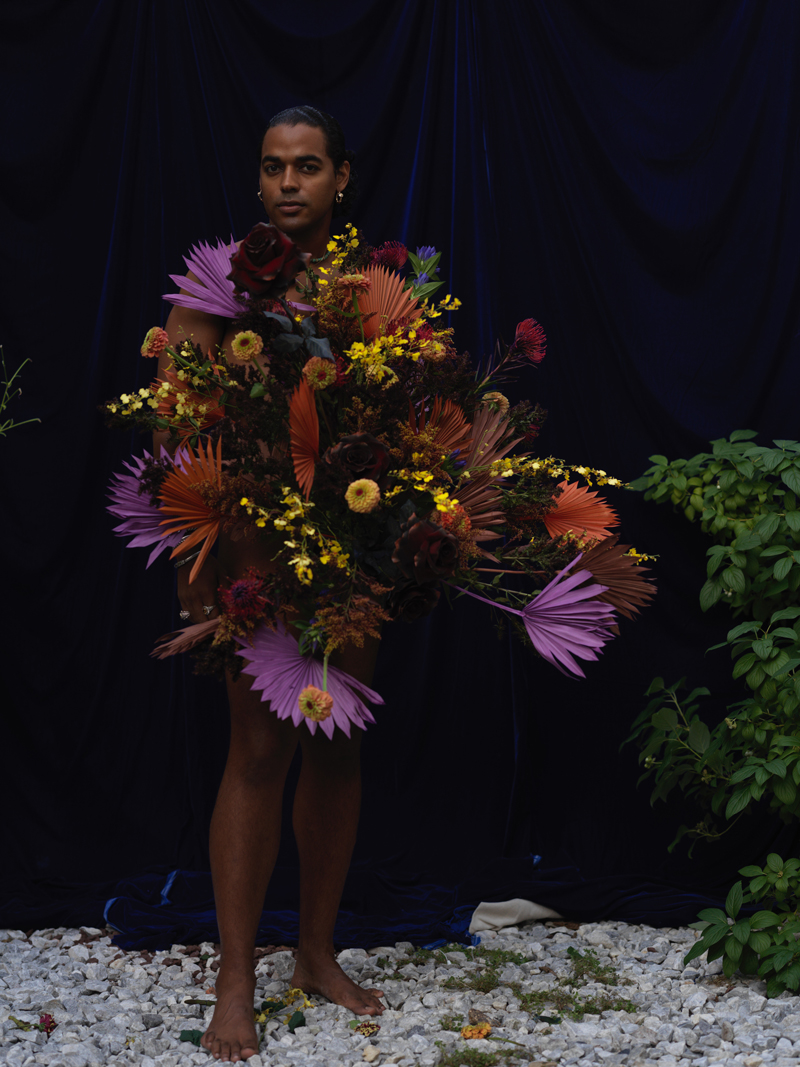 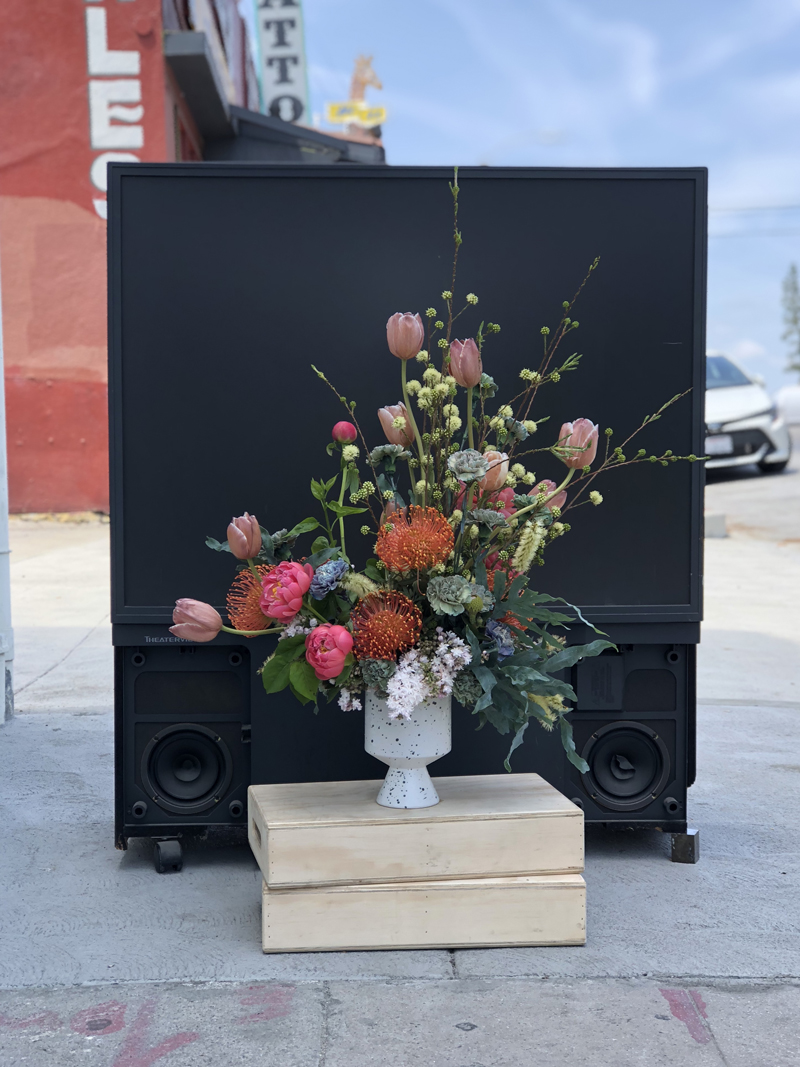 His talent for uniting florals and photography was most recently on display at LACMA, where he created two botanical selfie stations to coincide with “The Obama Portraits Tour,” paintings of the former president and first lady by Kehinde Wiley and Amy Sherald, respectively. 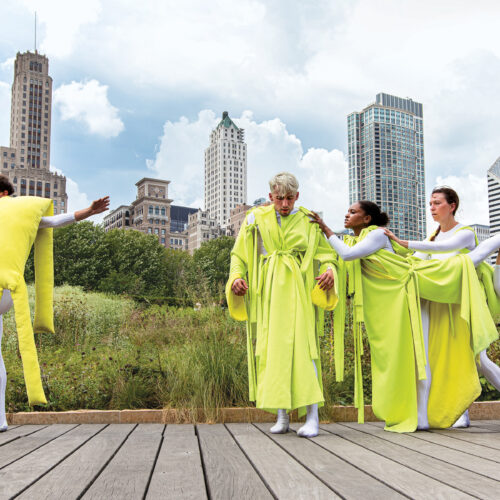