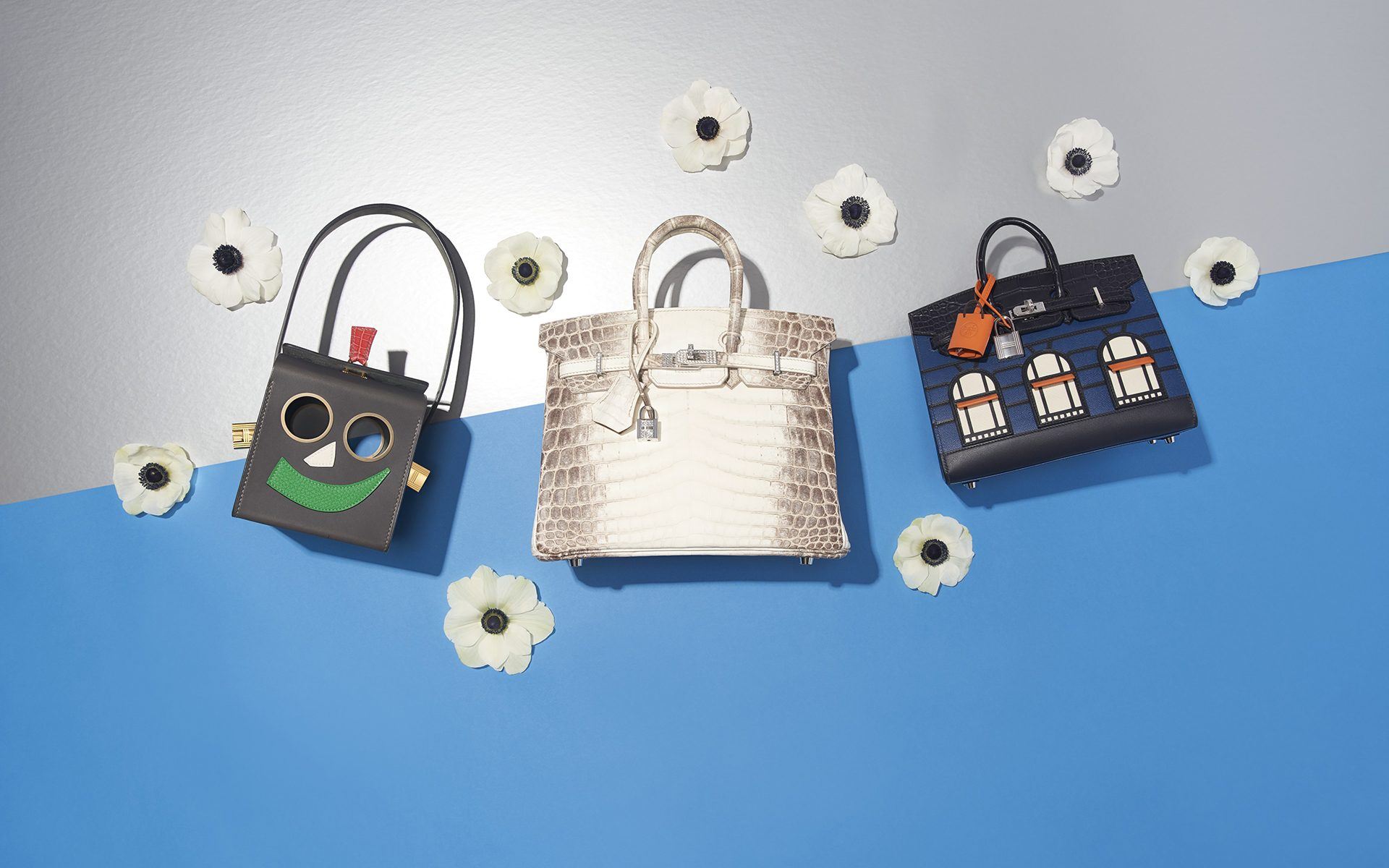 Caitlin Donovan, the New York head of sales for handbags and accessories shares everything collectors need to know about this fast-growing auction category 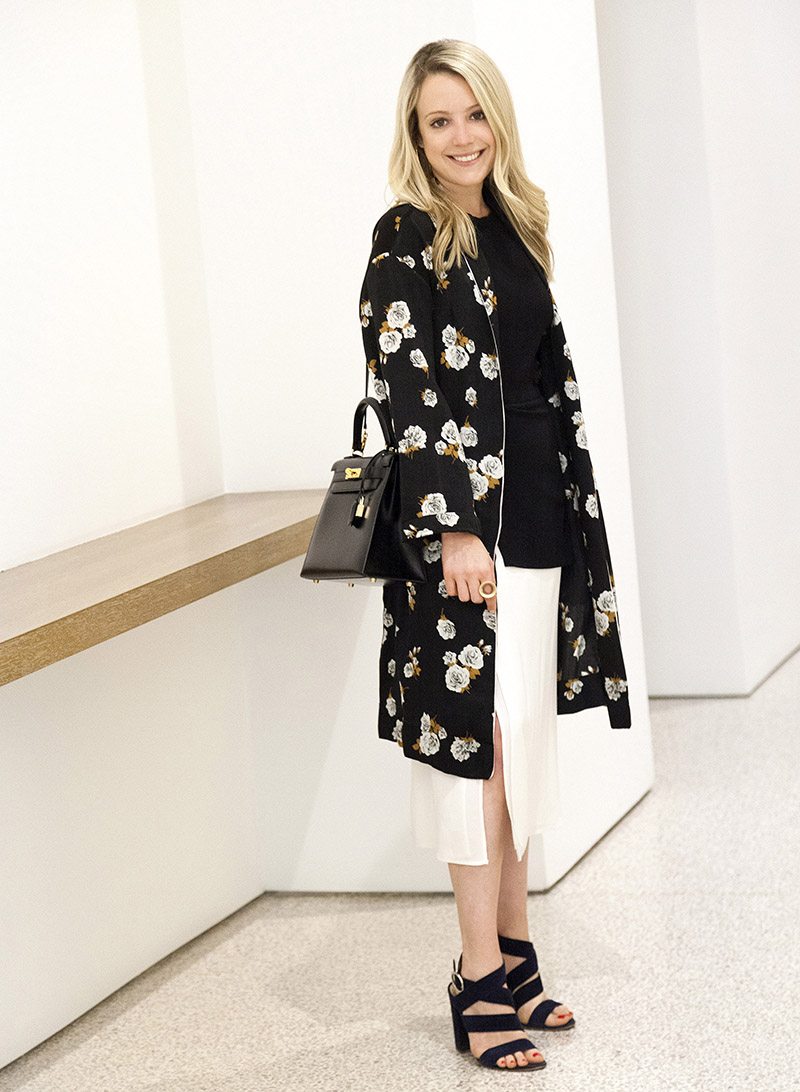 “Handbags are essentially wearable forms of art,” says Christie’s New York head of sales for handbags and accessories Caitlin Donovan, who helms one of auction world’s fastest-growing categories. And with the recent record-breaking $300,000 sale of the incredibly rare Hermès Himalaya Birkin bag crafted in white crocodile, it’s easy to see why.

The market for handbags has grown with gusto in the past several years. And in a luxury world dominated by male-focused collecting trends—from cars and watches to wine and cigars—handbags can be considered the only women-centered department. “We are the only female accessory in the auction world, which is so great,” Donovan tells Galerie. “With the other departments, it’s often the men doing the buying—even with jewelry. A larger majority of our actual buyers are women, so they’re taking ownership of their own collection. It’s also a much younger clientele.”

Donovan now leads the handbag and accessories department in the U.S. after having launched the department with two colleagues in 2014. Now there are three heads of sale (the others are in Hong Kong and Europe) with six international sales every year.

In a new series exploring niche, specialist fields in art and design, Galerie caught up with Donovan to get all the insight one needs to know, from the highest lots ever sold, the best investment pieces, and the current market trends. 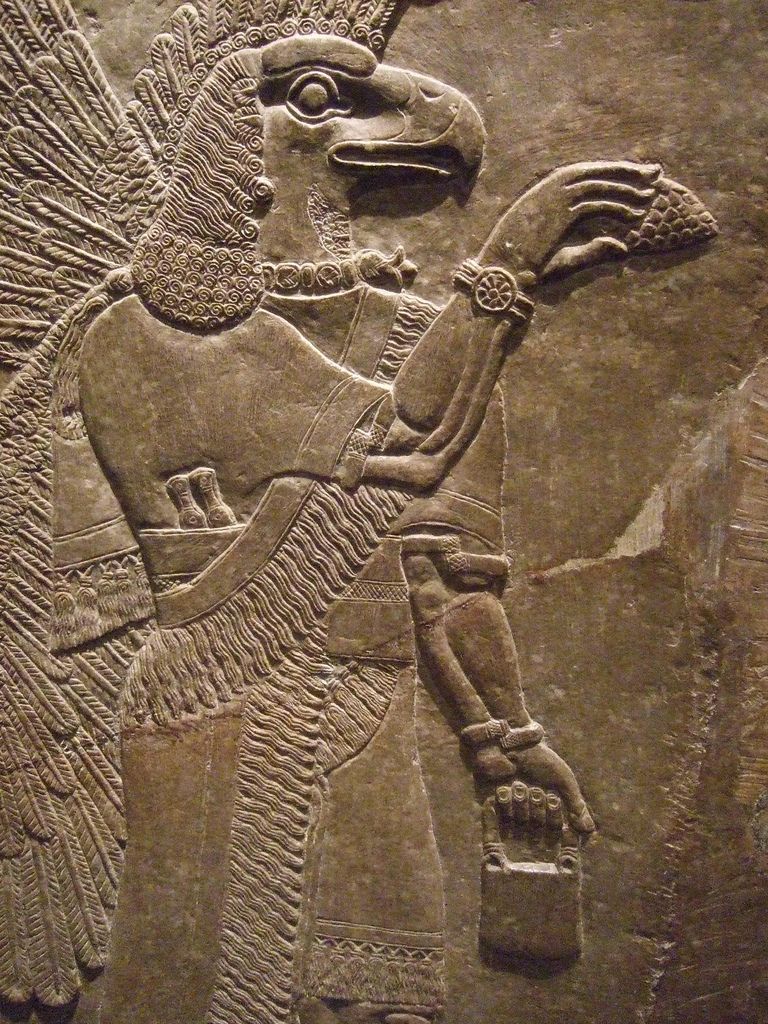 An Assyrian relief carving from Nimrud, 883–859 B.C. Photo: Courtesy of the Metropolitan Museum of Art

Even the Ancient Egyptians Sported Handbags

Handbags, of course, are far from a new invention. In fact, there are examples dating as far back as 38,000 B.C., when hunter-gatherers used bundles and pouches made from fibers to carry their wares. The drawstring purse was worn from a belt by both men and women from ancient Rome through to the Renaissance and beyond. There are even examples of handbags carved into reliefs in ancient Egypt. “Women have been wearing handbags since the beginning of time,” says Donovan, who mentions there was a Museum of Bags and Purses in Amsterdam until recently. 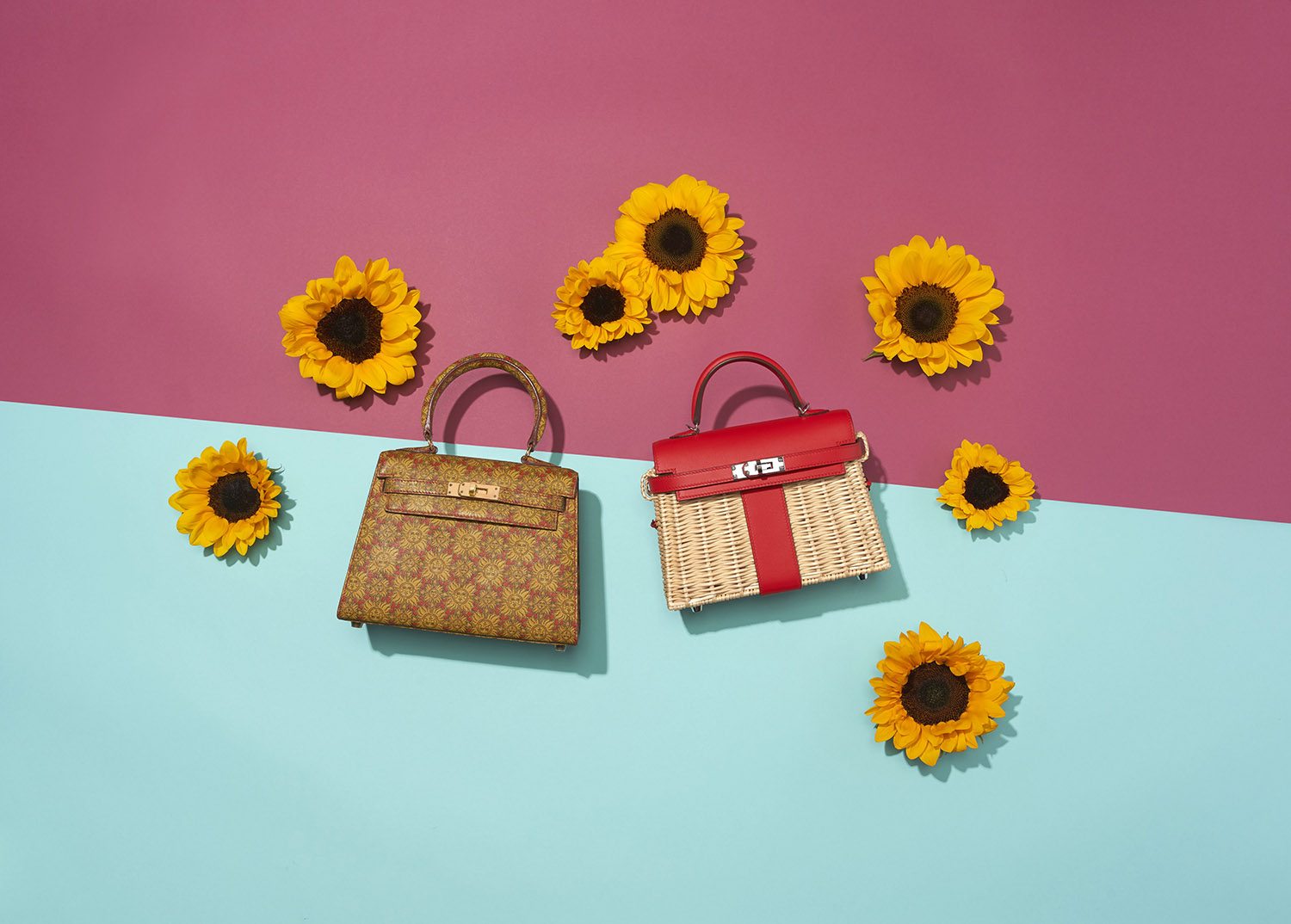 Two Hermès bags at the recent Christie's Summer in the City sale. Photo: Courtesy of Christie's

The Holy Trinity of Hermès

“Eighty percent of the handbag department is Hermès,” says Donovan. “Like a Patek Phillipe in the world of watches, Hermès is the most valuable. It is the hardest to get on the primary market so people come to us on the secondary. Hermès bags are made from start to finish by one craftsman, and they boast a range of materials and colors. They are classic, streamlined, and highly collectible.” The Kelly, Birkin, and Constance are known as the Holy Trinity, and each is steeped in history. The Kelly, which was originally known as the Sac à Dépêches, was renamed after Grace Kelly was snapped using it to shield her baby bump; that photograph made it to the cover of Life Magazine, two years after the actress was first introduced to the item on the set of Hitchcock’s film To Catch a Thief. The birth of the Birkin happened on a serendipitous plane ride when style icon Jane Birkin happened to spill the contents of her straw tote in front of Jean-Louis Dumas, a chief executive of Hermès at the time, who was inspired to collaborate on a tote for the modern woman. The elegant Constance bag, meanwhile, was created in 1959 and named after designer Catherine Chaillet’s daughter who was born on the day the first piece left the factory. 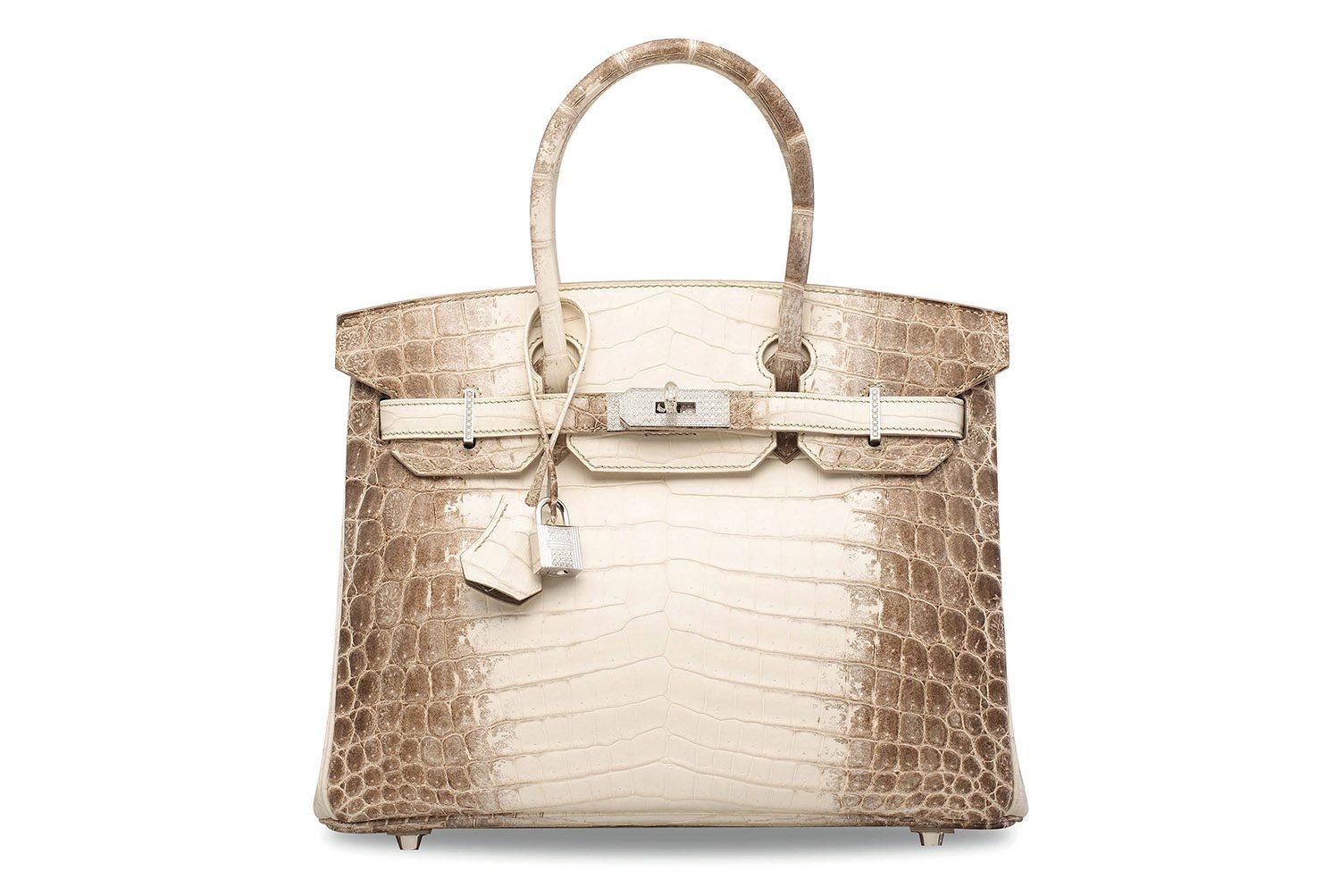 The Rarest Bag in the World

The Hermès Himalaya Birkin bag is considered the Holy Grail in a handbag collection and thought by collectors and specialists to be the rarest bag in the world. But what makes it so expensive? The smoky-gray color, which recalls the snowcapped Himalayan mountains, is achieved by treating and dyeing a special Niloticus crocodile hide, which requires years of training and a fine eye. This July, an extremely rare 2016 model of the Hermès Diamond Himalaya Birkin 25, with 8K-white-gold and diamond hardware, fetched $300,000 at auction. (Reportedly only one or two are made each year.) It marks the record for the most expensive bag sold at auction in the U.S. and the record for a handbag sold in any online-only auction. “It is moments like that you think, Wow!” says Donovan.  In 2016, Christie’s Hong Kong auction sold a Himalaya Birkin bag with white-gold and diamond hardware for the auction world record price of $300,168, and then in May 2017, Christie’s in Hong Kong again broke the world record for the most expensive bag ever sold at auction when a white crocodile Hermès Himalaya encrusted with 10.23 carats of diamonds fetched $383,522. 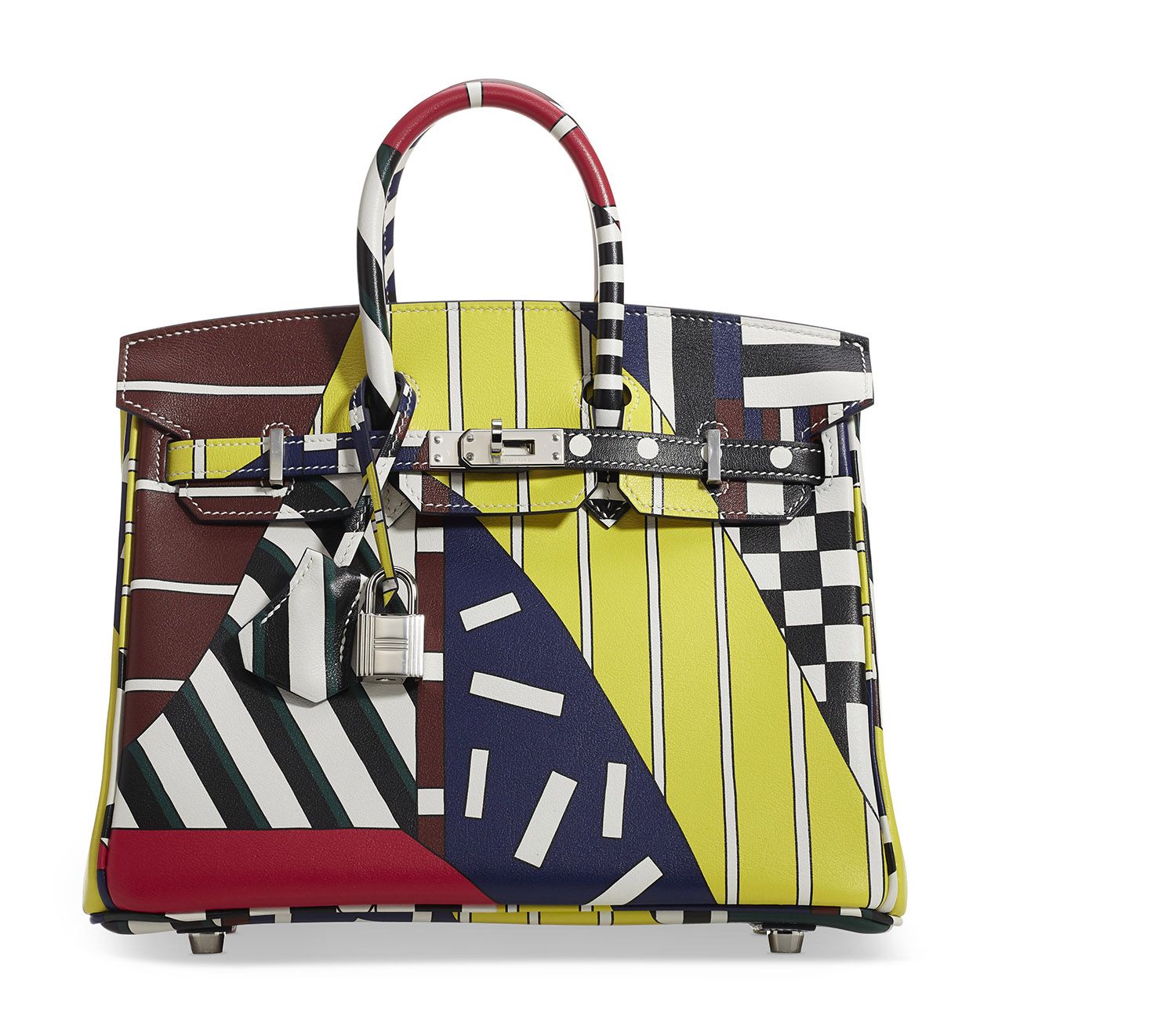 The brand’s signature saddle stitch cannot be replicated by a machine, and it requires a craftsman to use two needles simultaneously passing through the same seam, which, if done correctly, results in the thread never unraveling. It takes a single expert up to 40 hours to produce an Hermès Birkin bag. When the brand collaborates with external artists or designers, the results can be spectacular. “Hermès has often worked with artists. A great example is the architect and designer Nigel Peake,” says Donovan of the graphic One Two Three & Away Birkin he created in 2018. Donovan also calls out the incredible So Black, which was created by Hermès creative director Jean Paul Gaultier. The bag, which is entirely black—even the hardware features a black PVD coating—was his last with the house before he left to focus on his couture brand in 2010. In May 2017, a rare matte black niloticus crocodile So Black Birkin bag sold for $175,000 in Hong Kong, which was three times its low estimate.

Collectors of Hermès are brushing up on their knowledge of materials, colors, and models, which can be very specific. All leathers are treated and dyed by highly skilled artisans in the workshops of Pantin. At auction, it is said that pinks and blues tend to achieve the highest values. The classic Hermès red Rouge H is also said to be highly desirable. Older vintage pieces were often created in black or leather so if a bag comes to auction with an unusual material or color, they are even more sought after. 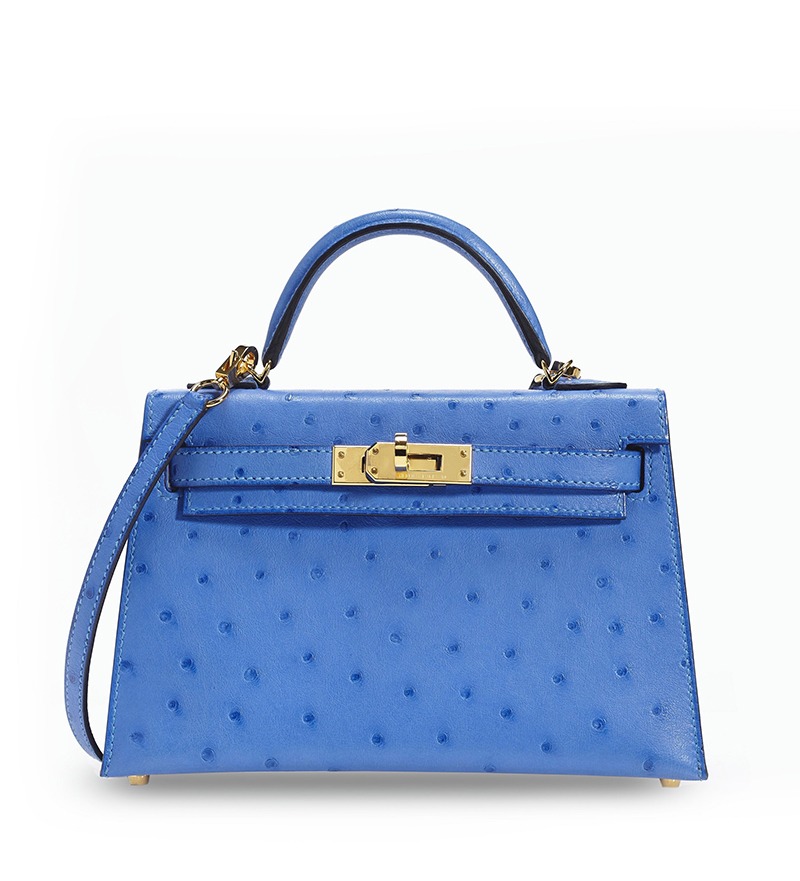 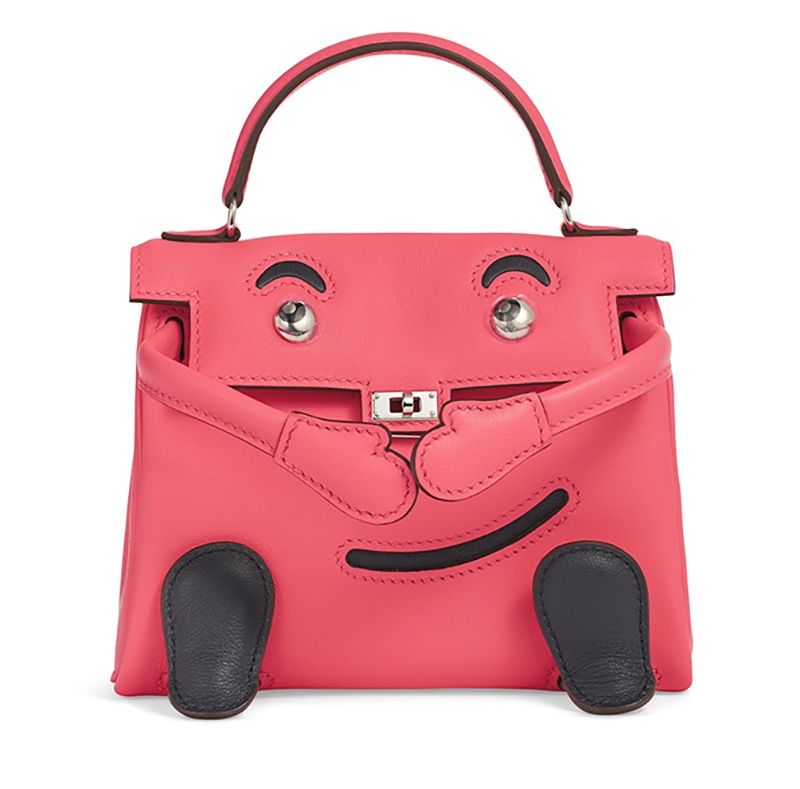 “In the 2000s, it was all about the bigger bags at 35 to 40 centimeters,” says Donovan. “Now everyone wants mini-bags. The smaller the bag, the better. As the designer Judith Leiber would say, At night, a woman should carry only a lipstick.” With the fun, whimsical bags hitting the block at the Christie’s Summer in the City sale this June, it is evident that the trend isn’t going anywhere. 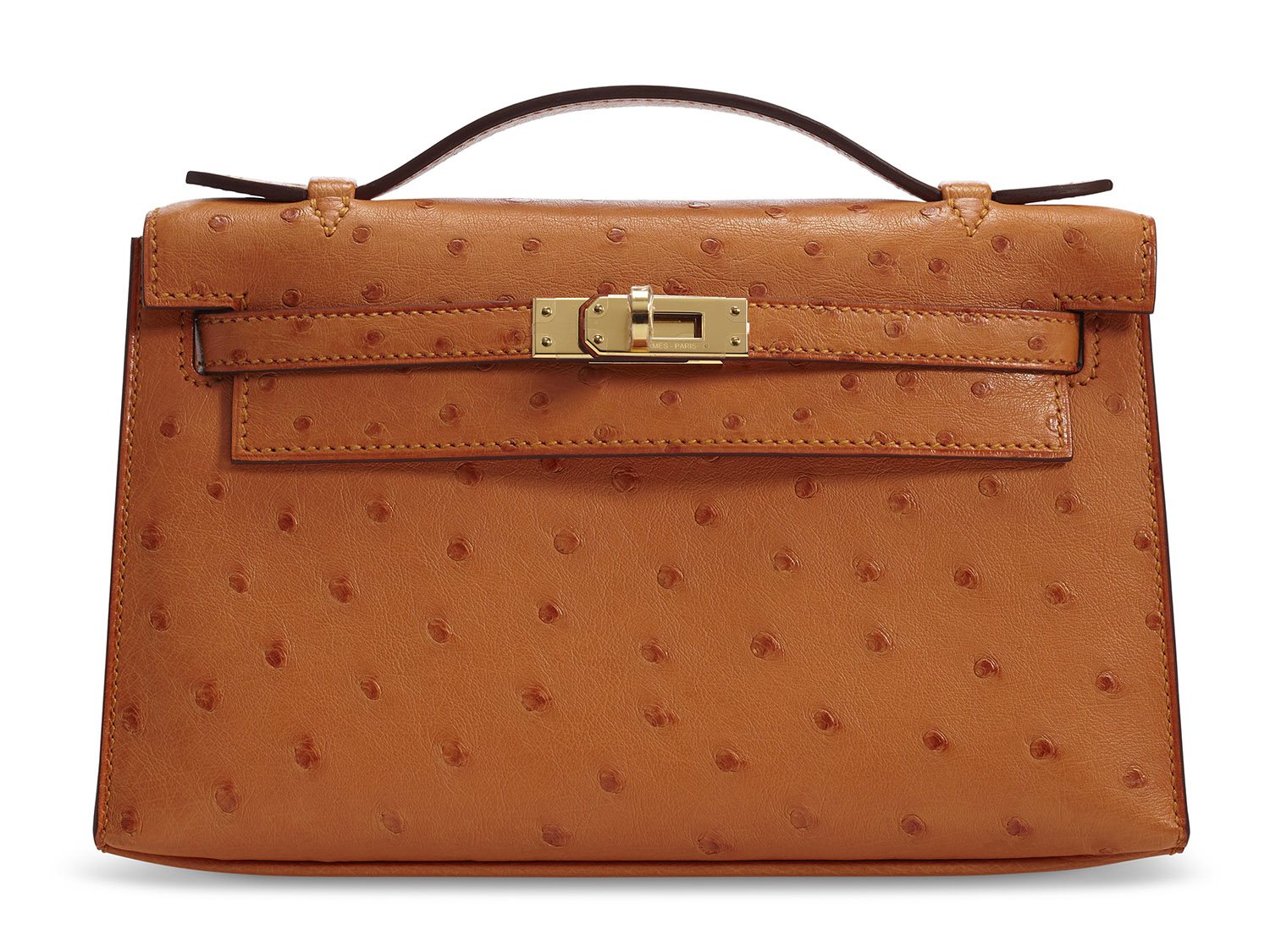 “As with postwar or contemporary art, I always recommend that you buy what you love,” says Donovan, whose clients buy bags both to wear and resell. “And then I think staying classic and iconic means you can’t go wrong. When you go toward trendy It bags, today you have It but tomorrow you have last season’s bag,” says Donovan. “That is why is Hermès is so successful: While they make little shifts each season, they remain coveted. An Hermès Birkin from 1980 is still as fashionable today.”