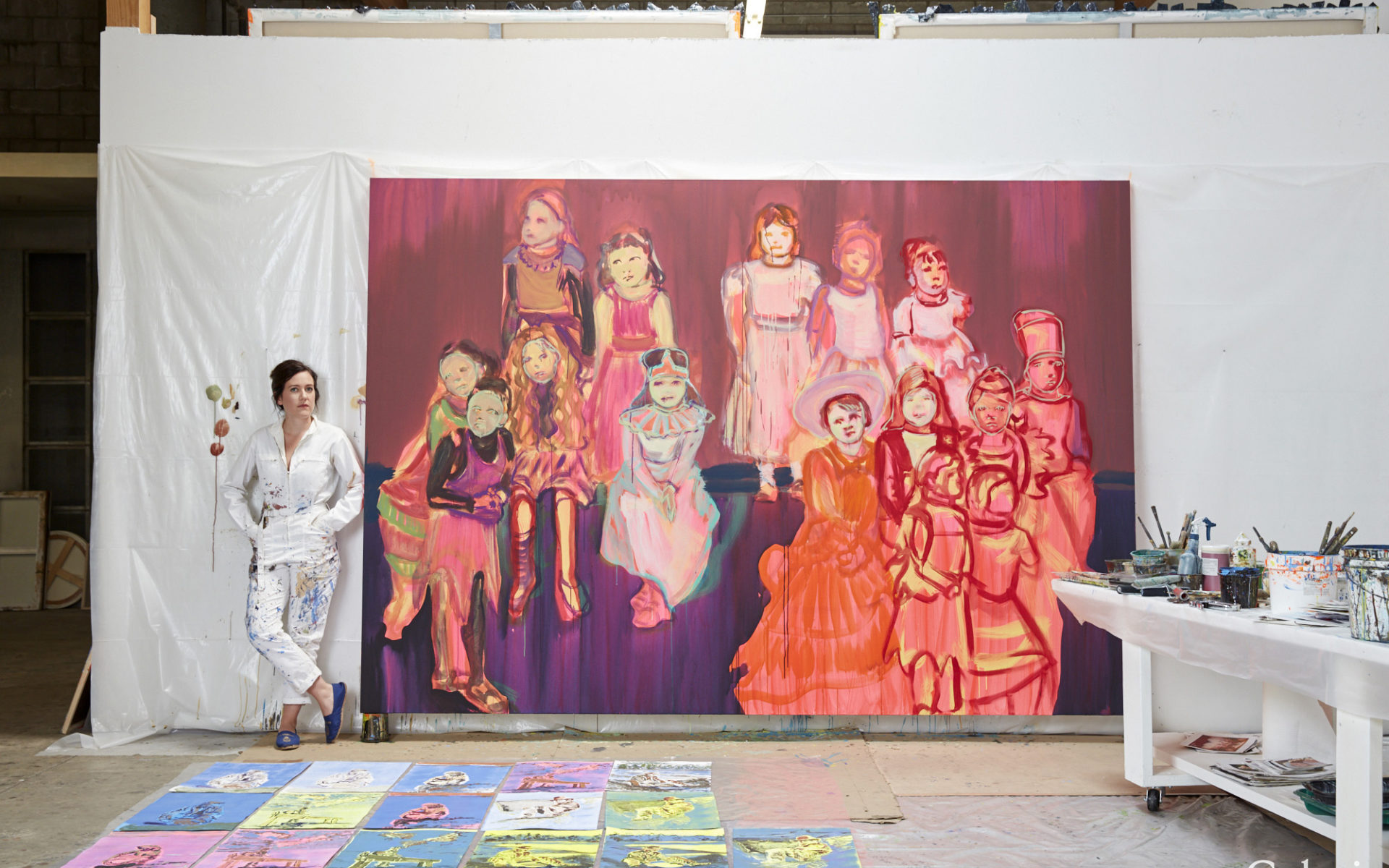 The French-born, L.A.-based painter is creating a buzz for her layered portraits Despite the dark colors that dominate Claire Tabouret’s canvases, the faces in her portraits—predominantly those of women and children, pulled from images in magazines and history books—glow with an extraordinary light. Below built-up layers of acrylics and fabrics in shades of black and navy blue, the neon-colored foundations of her subjects’ bodies shine through, creating a halo like that of an eclipse. “Because the light comes from underneath,” she explains, “you cannot really turn it off.”

This year has been especially bright for the French-born Los Angeles painter, who completed two major projects this summer. One was a fresco inside a chapel on the Provence estate of French interior designer Pierre Yovanovitch. The other was a subtle triumph in feminism: her work in dialogue with the inimitable Yoko Ono’s, only the second show of women artists in Rome’s Villa Medici in its 200-year history. In celebration, Tabouret smeared the faces of her all-women portraits with brightly colored makeup, historically a tool of “seduction, perfection, and control,” she says—that is, until “it’s not applied the way it should be.” This fall, her solo exhibition in Marseille, at the cultural center La Friche Belle de Mai, focuses on men, specifically gold miners, whose artifacts—hats, picks, and all—she found inside the small cabin she bought in Pioneer Town, a former Western movie set in the desert two hours outside of Los Angeles. When she’s not almost completely off the grid in the cabin, Tabouret immerses herself in solitude at her warehouse studio, in an industrial corner of the city. “I’m very happy here,” she says. “I have a lot of friends, but most days I like spending eight or nine hours inside not talking. That’s not possible in Paris. You always run into someone.” clairetabouret.com Snow in the Desert, 2017. Photo: Courtesy of the artist and Night Gallery, Los Angeles