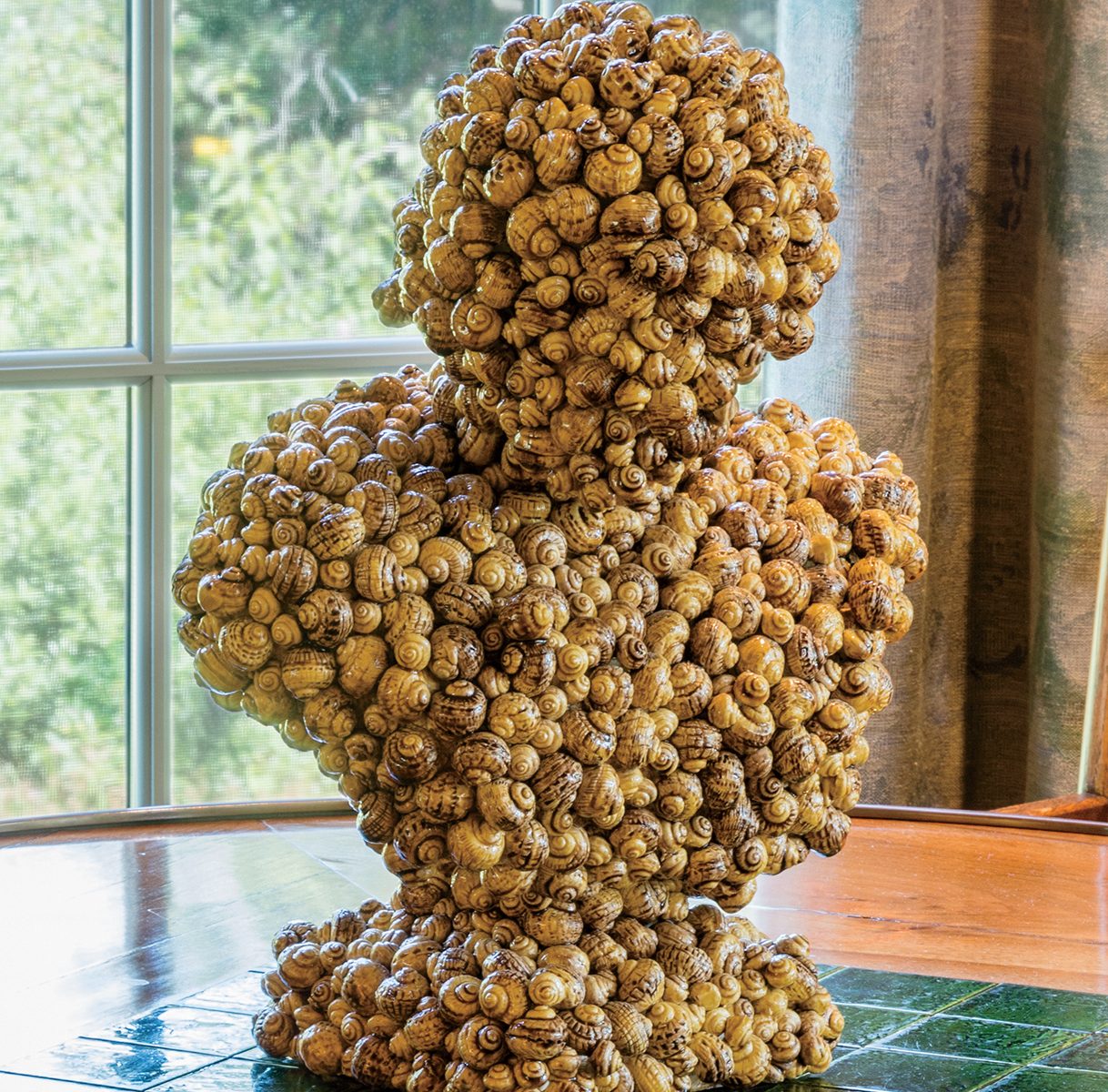 Made up of hundreds of individual glazed ceramic snail shells, Russell’s 2015 piece is aptly named Apotheosis of the Slow.
Photo: Antoine Bootz

American sculptor Christopher Russell has been creating ceramics since the early 1990s. After earning a Bachelor of Arts degree from Wesleyan University in Middletown, Connecticut, in 1983, and many inspiring visits to archaeologist and tile-maker Henry Mercer’s Fonthill Castle in Bucks County, Pennsylvania, Russell began his exploration into architectural ceramics. His pieces depict the natural world—replicating elements including animals, bugs, seashells, and flowers—and pairs them with art historical references like obelisks and urns.

His recent exhibition, After the Golden Age, at the Julie Saul Gallery in New York, maintained these themes and components. It was comprised of over 40 glazed white earthenware objects that combined references to both nature and traditional European decorative art. Snakes slithered through beds of flowers, bees were hard at work on their honeycomb, and birds bathed themselves in vases with sculpted battle scenes wrapped around the sides.

As part of their Arts for Transit and Urban Design program, in 2012, New York’s Metropolitan Transportation Authority commissioned Russell to create an installation at one of their subway stations. He created seven-foot-high by six-foot-wide bronze gates located at the Ninth Avenue Station in Sunset Park, Brooklyn, that portrayed honeybees crawling on their hives.