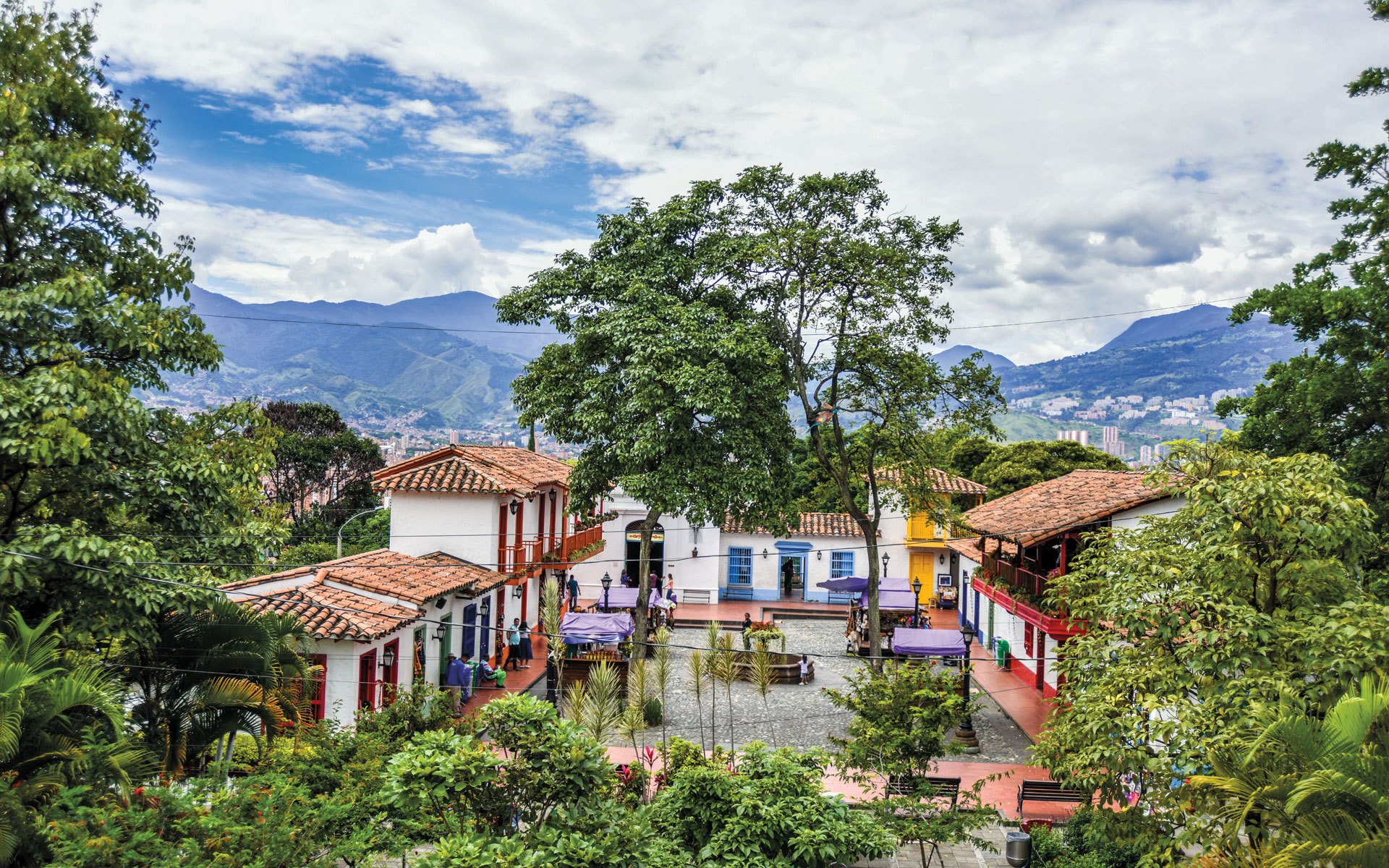 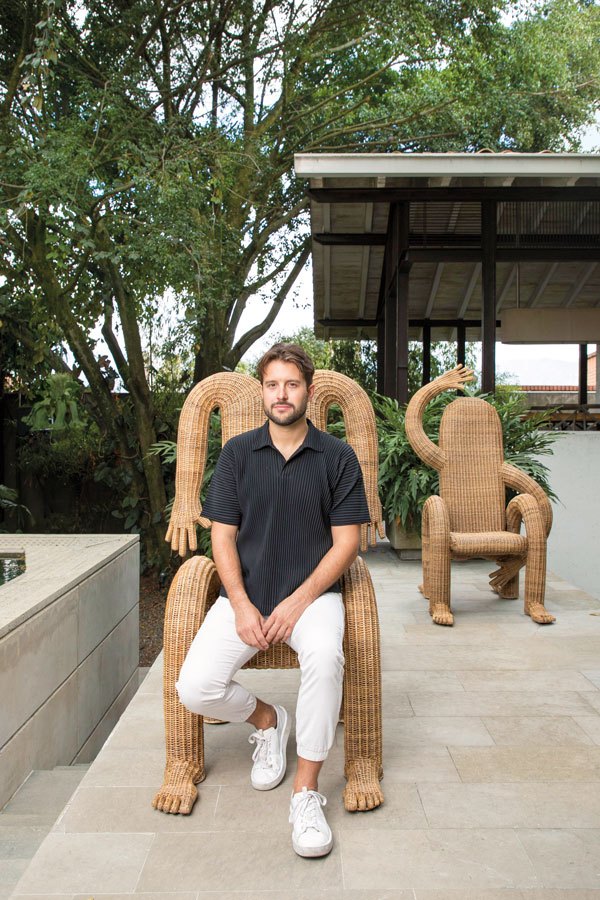 For the rising star designer Chris Wolston, a trip to Colombia opened his eyes to exciting new materials and processes. Splitting his time between studios in New York City and Medellín, Wolston, who shows with Future Perfect, creates bold furniture that blends time-honored South American craftsmanship with an irreverent postmodern twist. Below, he shares his story of how it all began, and what you need to know when visiting the city.

“I’ve always been interested in how people deal with materials. Around eight years ago, I headed to Medellín, Colombia, on a Fulbright grant to research different modes of production, in particular pre-Columbian ceramics and brickmaking. I have vivid memories of first taking the bus down from my house in the mountains, which I find is  always the best way to get a sense of a new place. Rising up on either side of the mountain ranges there are these communities who set up there to escape conflict. Here, the architecture is very ad hoc. Houses were constructed with anything that was available, and there are no straight lines or level planes. It seemed to break all the rules that I was familiar with. 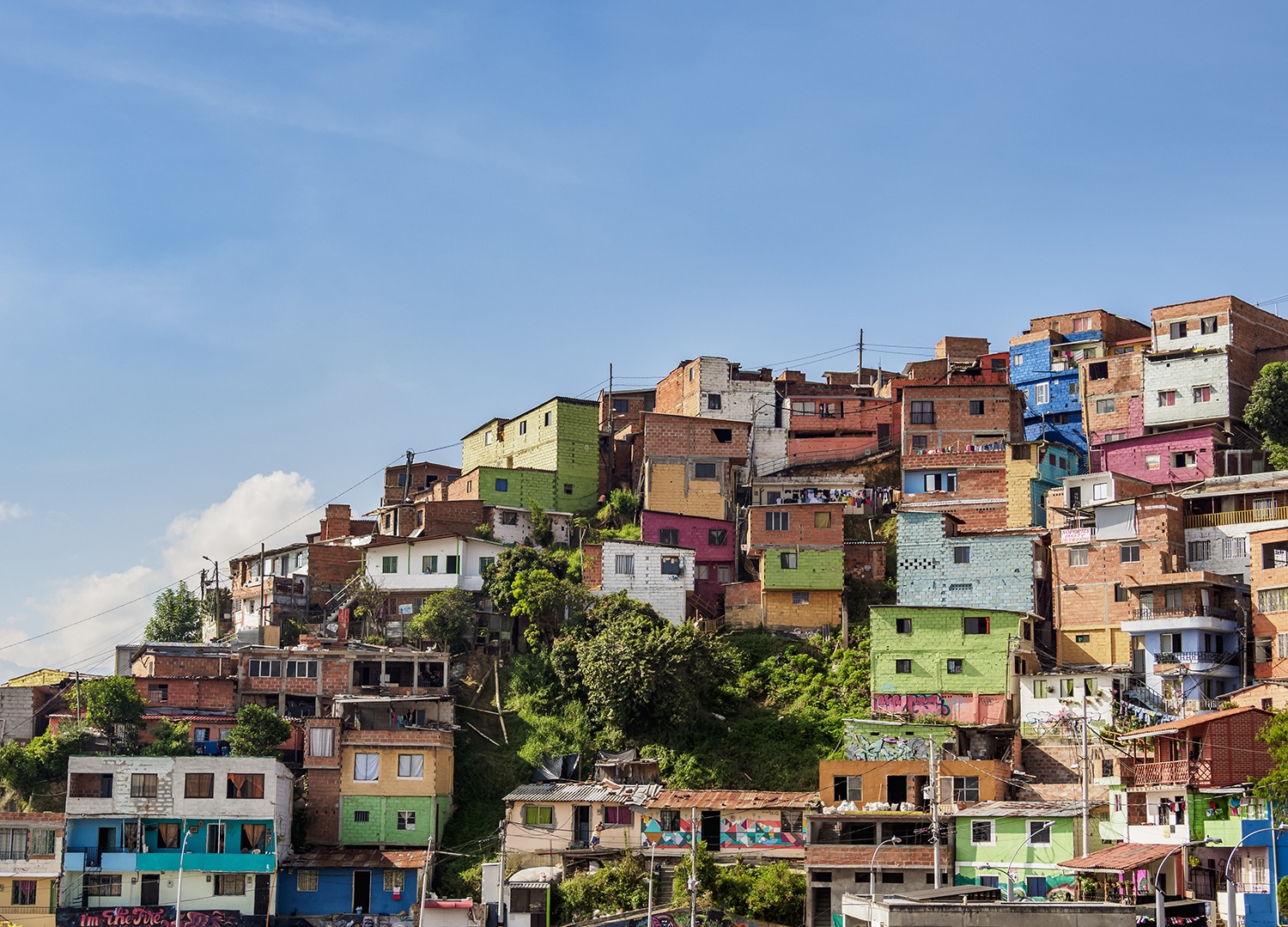 My terra-cotta furniture was the first series I made here. I’d been spending time at a brick factory and noticed the deep finger marks left on the thrown clay. Making tables, planters, and chairs, I wanted to use that texture as a way of painting the surface. A humble hand-cast hot chocolate pot I discovered in a market one day led to a series of sand-cast aluminum sculptural tables and lamps. Most recently, I’ve been working on playful chairs crafted with a local wicker called mimbre, which is bartered instead of using cash. 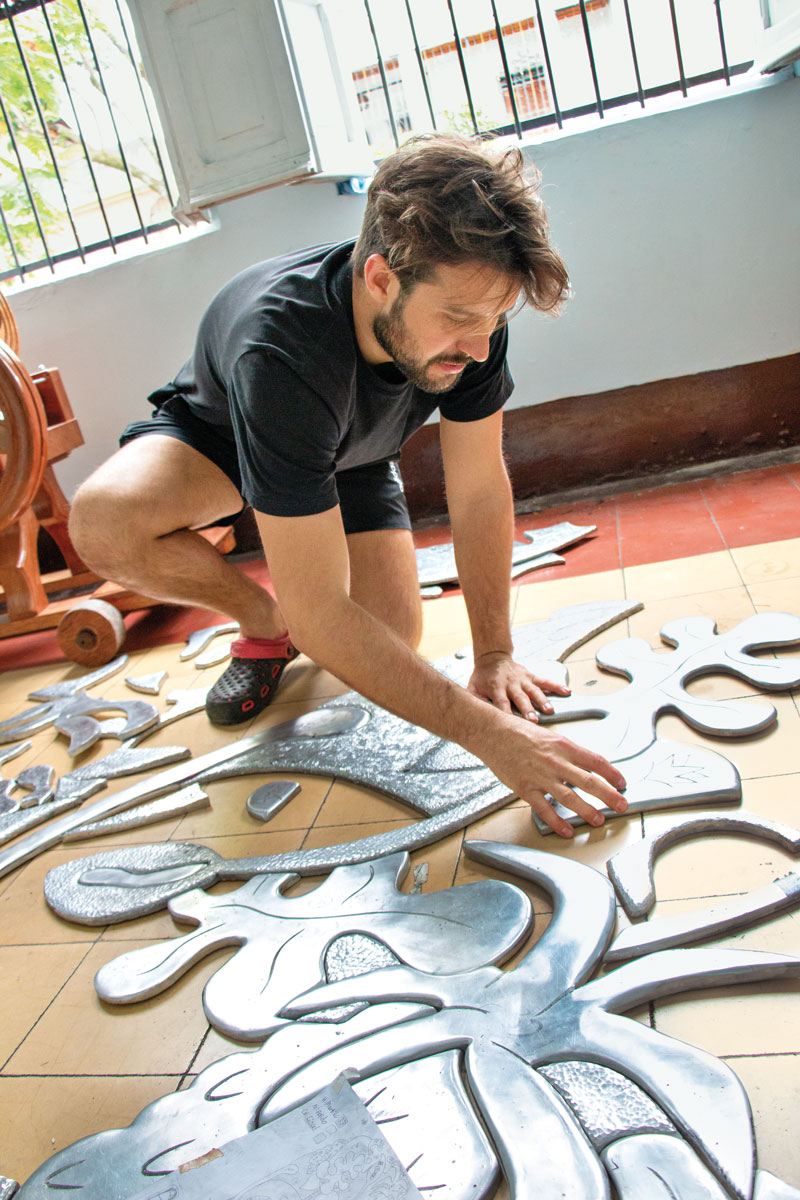 My studio in Medellín is a big, old house with rammed-earth walls and a bamboolike grass roof. It’s in Prado Centro, a historic neighborhood filled with beautiful, aged mansions. It’s inspiring to be surrounded by different versions of the past. When people visit, I recommend they stay at the Click Clack Hotel in El Poblado, a hip area filled with great stores and restaurants. The Museum of Modern Art (MAMM) is perfect for a dose of culture, and there’s a fantastic boutique there run by the organization Artesanîas de Colombia, which sells handmade craft items. 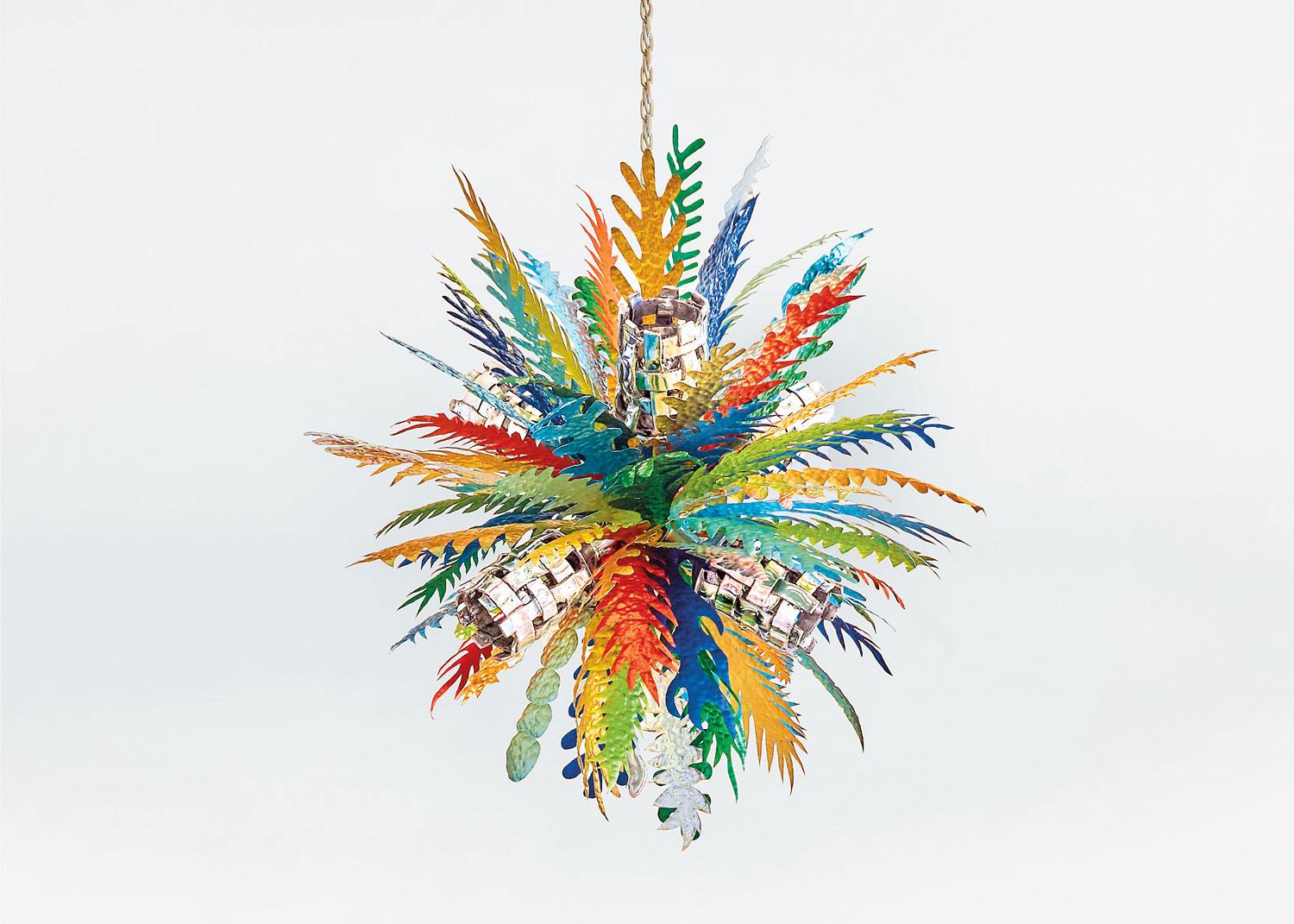 Living in Medellín and collaborating with the local foundries, workshops, and fabricators has been an incredible learning experience. I find the culture here more fluid than in the U.S., which, I think, allows for more creativity. I’m inspired to do things that the craftsmen think are totally insane, but I want it to be done with the highest level of quality. We really push each other. That’s been the greatest exchange.” 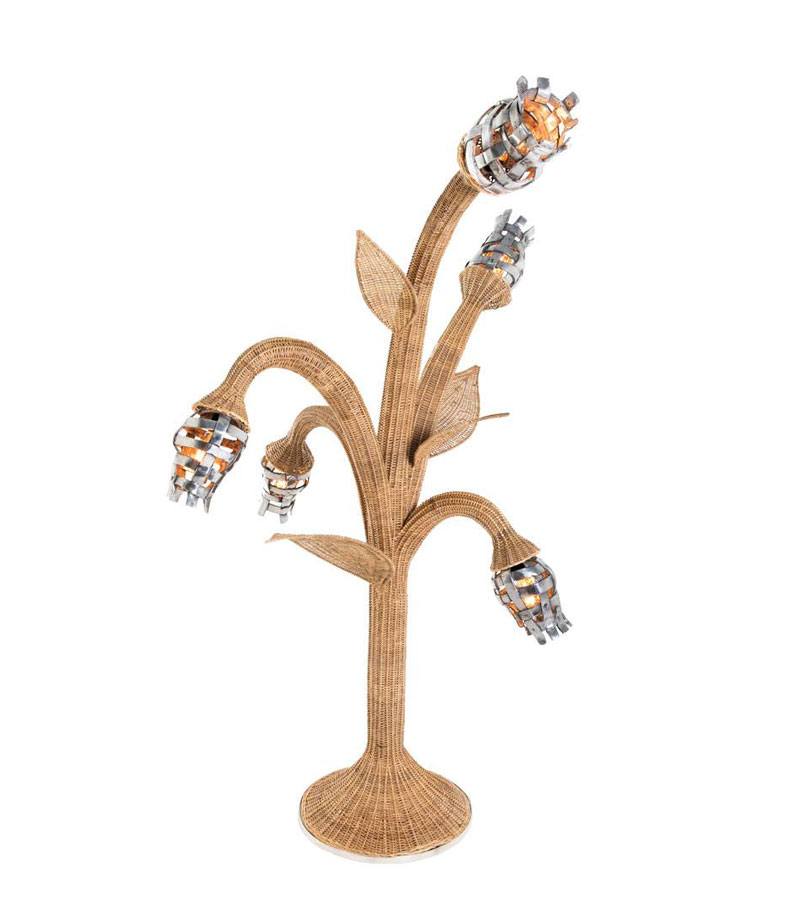 A version of this article first appeared in print in our 2020 Summer issue under the headline “Fantastic Voyages.” Subscribe to the magazine.