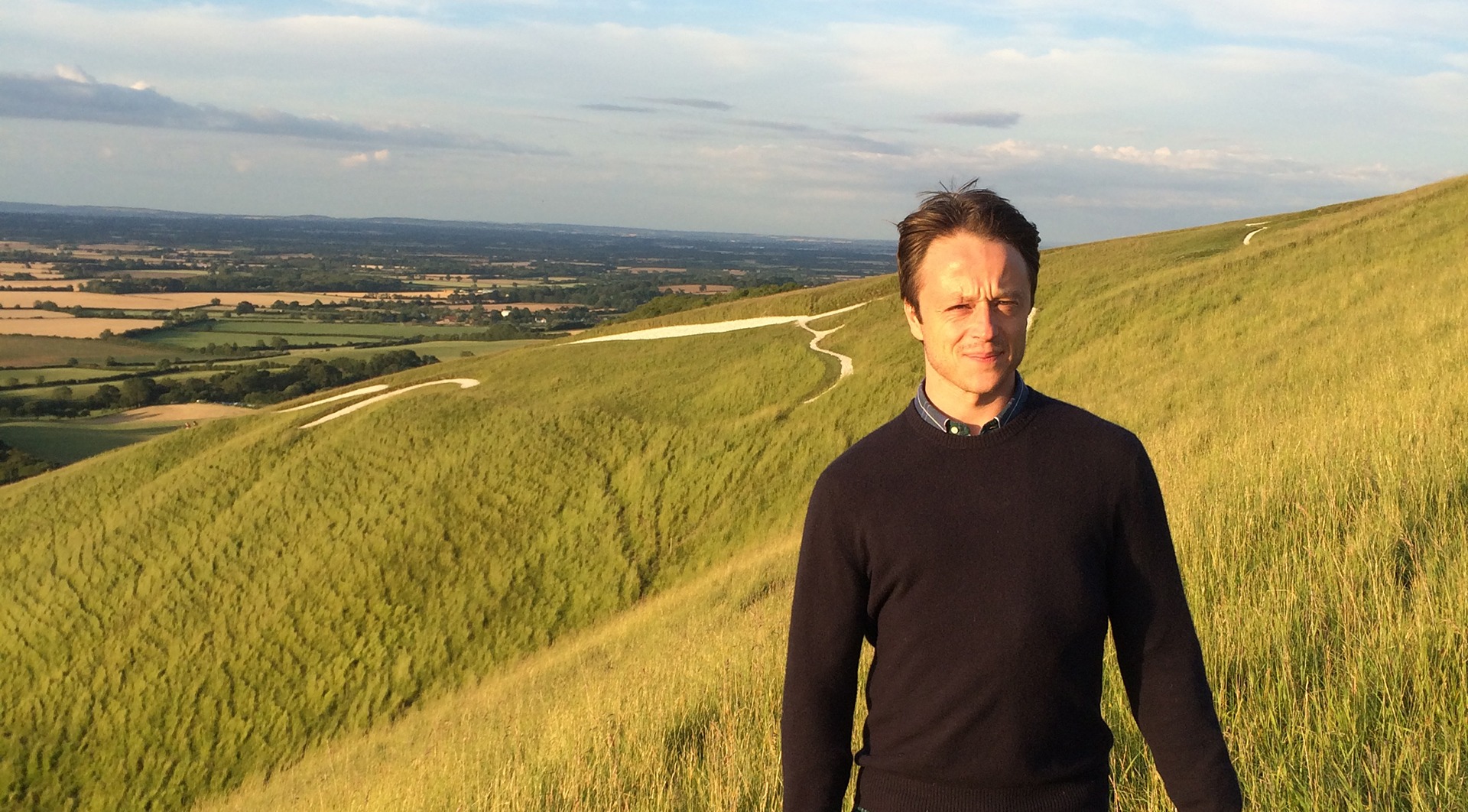 Inspired by Italian still lifes and ancient botanical studies, the emerging young designer's latest creations are on view at Sienna Patti Contemporary in the Berkshires 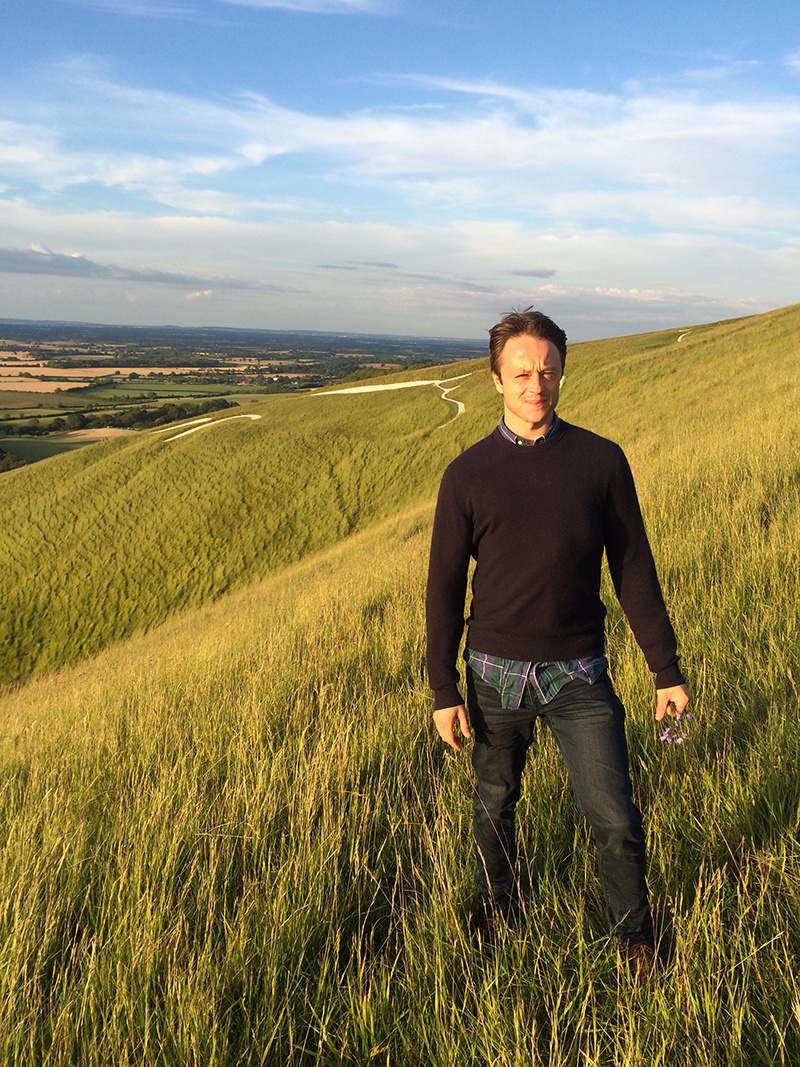 Flowers have long served as inspiration for jewelry designers. Since ancient times through to today, few motifs have proved to be as varied or enduring. The latest talent to be enchanted by their natural beauty is Christopher Thompson Royds, a young British jeweler who grew up in the Oxfordshire countryside in England before studying at the Royal College of Art in London.

On view through the end of March, a must-see exhibition spotlighting his work is on view at Sienna Patti Contemporary, a celebrated  gallery founded in 1998 that focuses on the intersection of art and jewelry design. “I am trying to capture the essence of flowers,” says Thompson Royds from the countryside in Oxfordshire, where he has spent most of the past year during the pandemic. 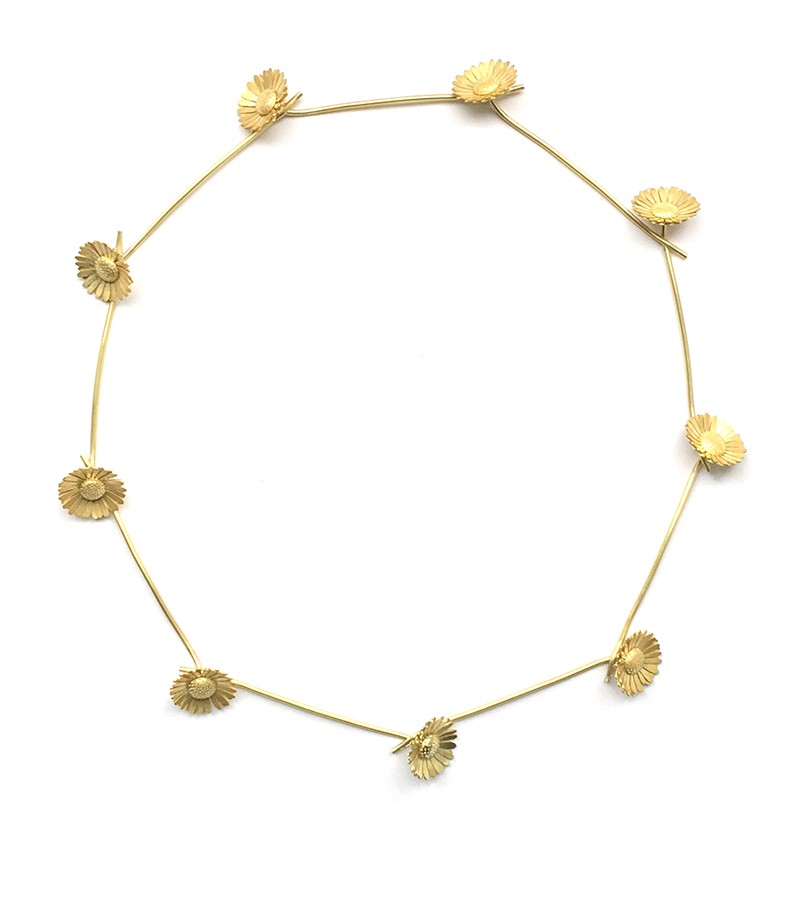 Thompson Royds’s passion for flowers was sparked after a visit to London’s Natural History Museum, where he discovered a collection of botanical flowers perfectly preserved in the archive—some 200 years old. “They looked as fresh as the day they were picked,” he tells Galerie. “What interested me most was that they weren’t overly pretty, which flowers can tend to be when depicted in art. The prettiness can became too dominant. I am looking for a naturalness. To me, these were the next best thing.”

From there, he began to experiment, and it took a lengthy process of trial and error to finally achieve what he was after. “In the beginning, I tried to laminate real pressed flowers onto silver. My training was very conceptual, and I was looking at the narrative behind it, questioning the preciousness in jewelry and what jewelry can be, but technically it is a very difficult thing to do and I needed to go back to the drawing board.” The next idea was oxidized silver but he felt the results may were bordering on macabre. He was sent back once again to the bench and that is when he started to paint the jewels in what is now known as his “Natura Morta” series, taken from the Italian tradition of still lifes. New examples of these lifelike jewelry creations are on view in the exhibition. 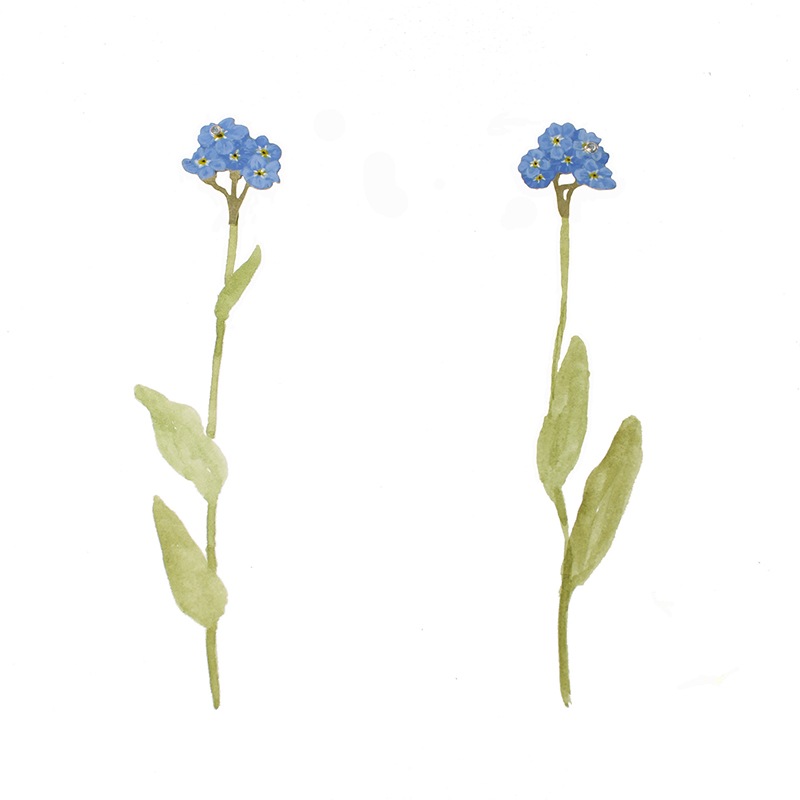 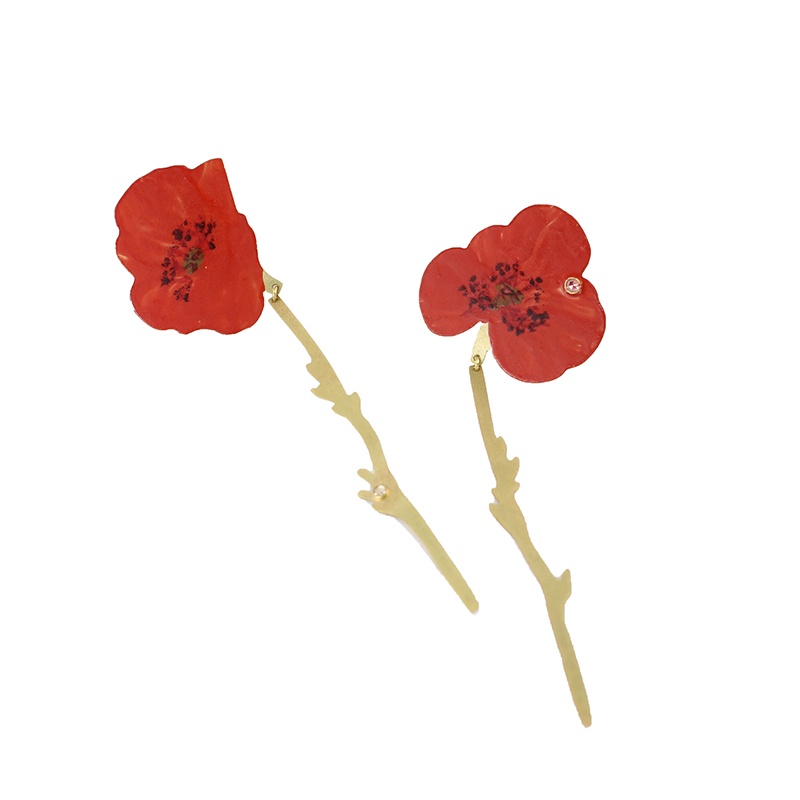 Another series on view in the exhibition is from “Against Nature,” which looks to elevate the humble wildflower. “I remember once walking through Central Park in New York City and coming across a whole bed of wild bright violets in the middle of the pavement. They looked so out of place, but then I recalled that of course they are markers for a time in the past,” Thompson Royds explains. “Before cities were built, there was nature—a notion which is often overlooked.” Take, for example, his now iconic daisy chain, which also nods to our collective memories of daisy chain-making as children. It was on view at the Sotheby’s exhibition “In Bloom” in 2019. “That is such a beautiful part of jewelry,” the designer reflects. “Objects as a container as of emotion and storytelling.”

With a unique, intuitive process, Thompson Royds handpicks real flowers as his starting point. He then models them in a base metal such as brass before they are translated into gold. “I work rather intuitively but I am really stubborn,” he laughs. “If I think something has potential, and I see it in my mind’s eye, I won’t give up in trying to make it. Each creation can have 50 different elements, and it can take weeks to make.” In normal life, Thompson Royds works from an atelier at the Sarabande Foundation in London, which was set up late fashion designer Lee Alexander McQueen. “It is really innovative and the most wonderful place to work, surrounded by so may different people and disciplines—whether it is a photographer, a designer, or a jeweler.” 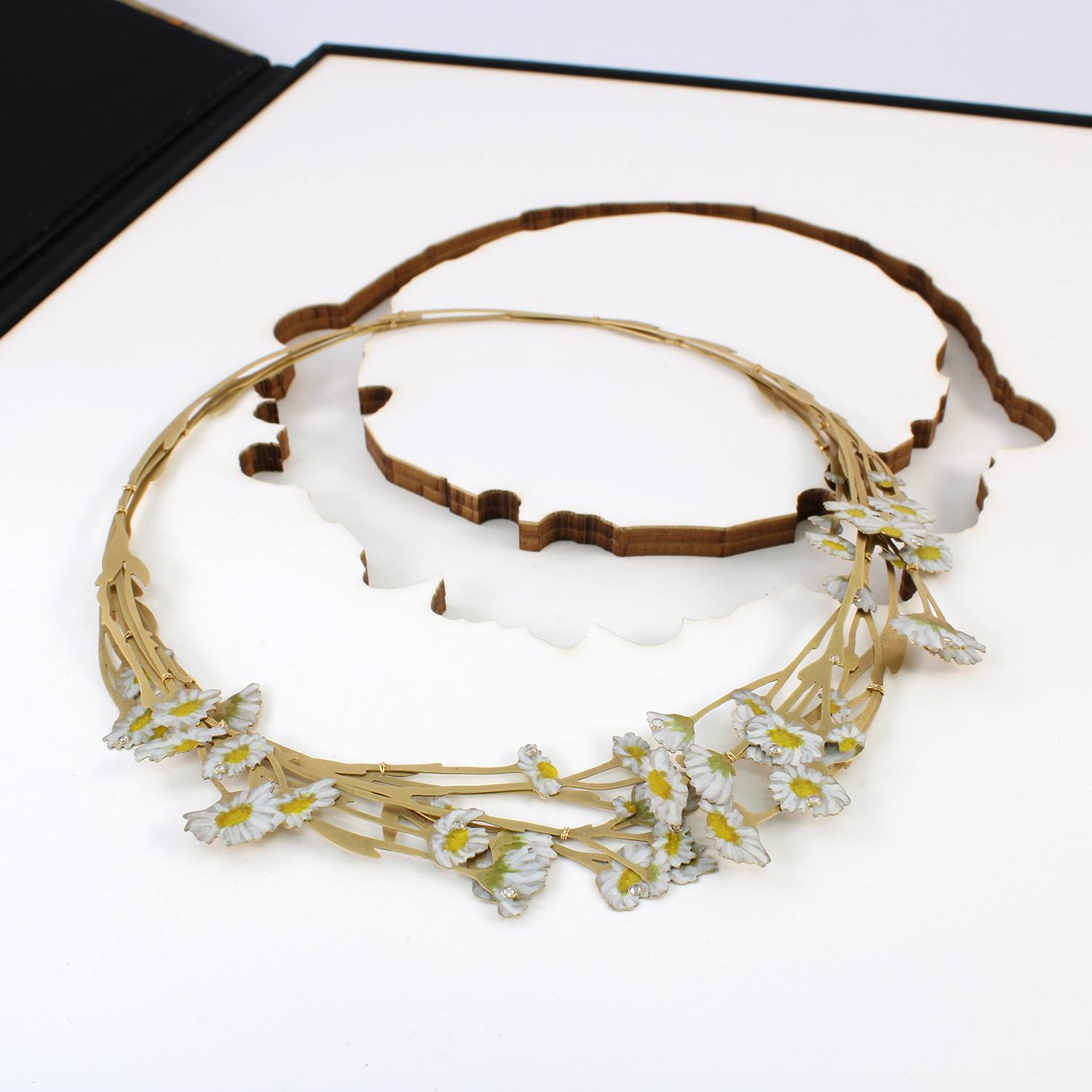 As to whether Thompson Royds thinks himself an artist or jeweler, he explains: “I am a jeweler. My medium is jewelry. I use it to express the stories, concepts, and ideas. Jewelry has this amazing heritage. It is one of the first found art forms that has no utility. The human urge to adorn; I found that a constant source of inspiration. That you can simply pluck the flower head off and put it on.” 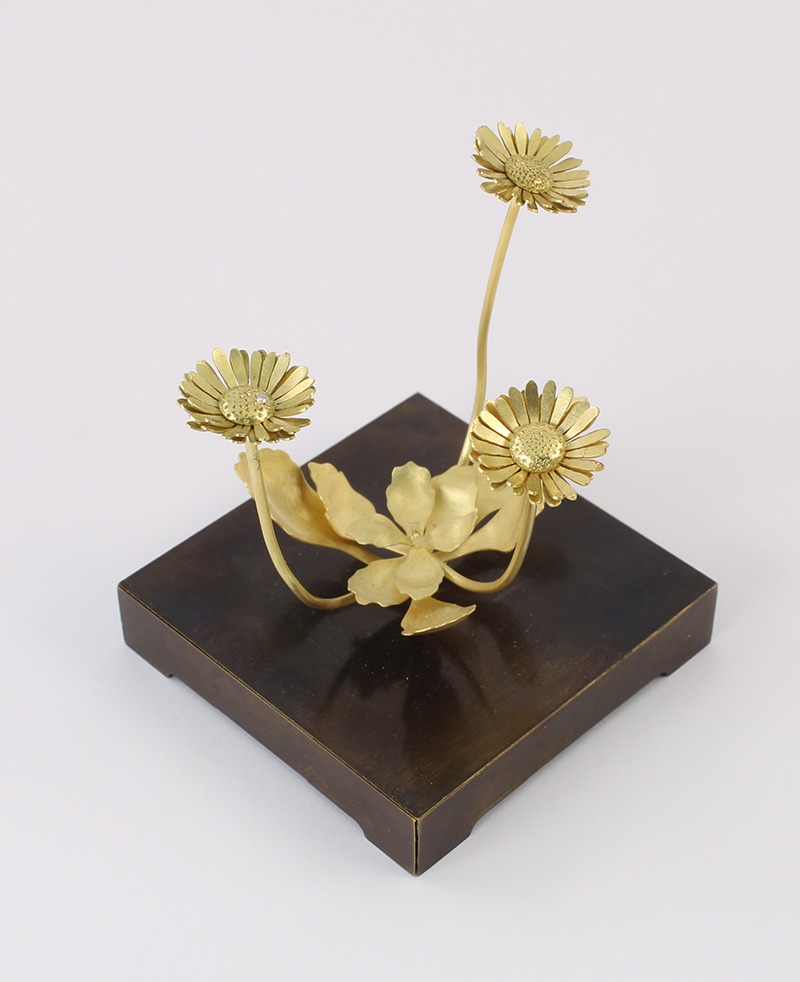 In their own way, each of his creations is about slowing down and appreciating the beauty of nature, a notion that couldn’t be more poignant for our current times—a symbol of resilience in the face of adversity. “It was beautiful having the space and nature literally on my doorstop,” Thompson Royds says reflecting on his time in the countryside during lockdown. “You noticed the changing season from spring through to the summer, with the trees erupting in to lime green and the meadows filled with buttercup yellow. There was something really reassuring about that. The flowers still want to flower.” 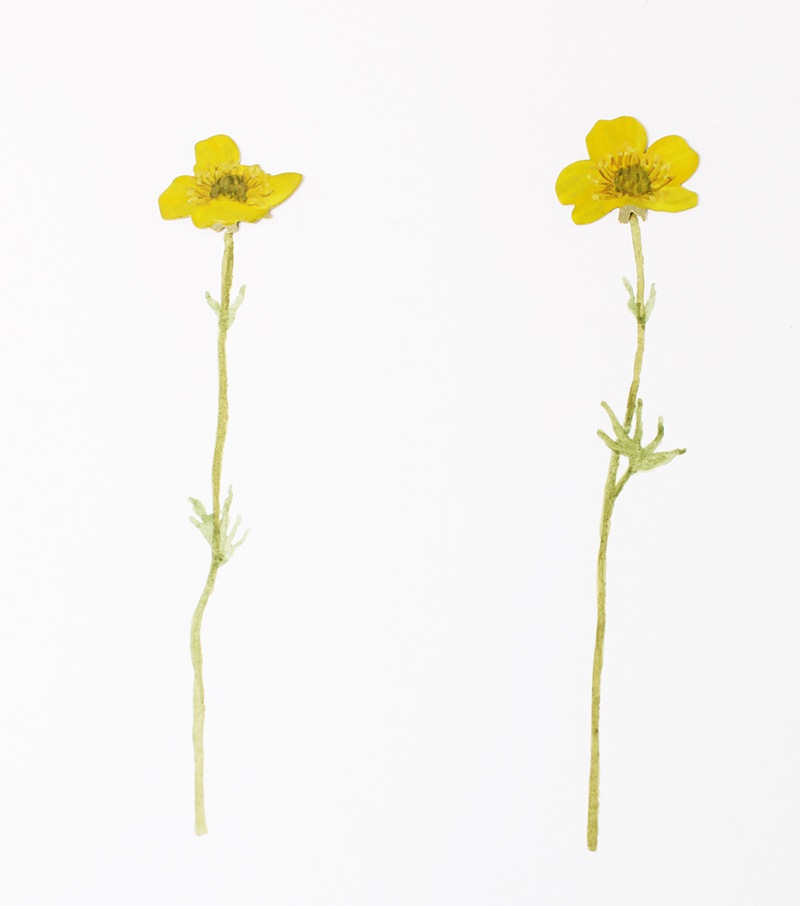 Christopher Thompson Royds’s exhibition is on view at Sienna Patti Contemporary through March 31, 2021. 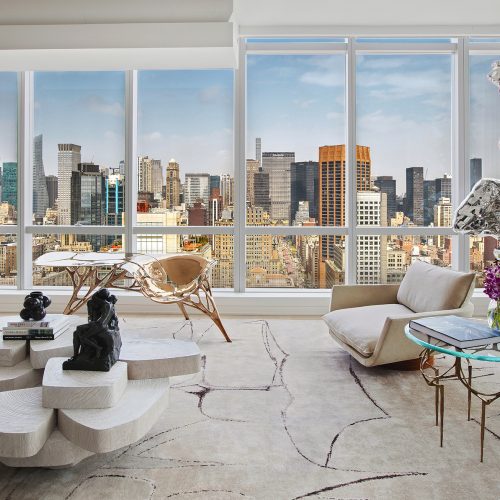 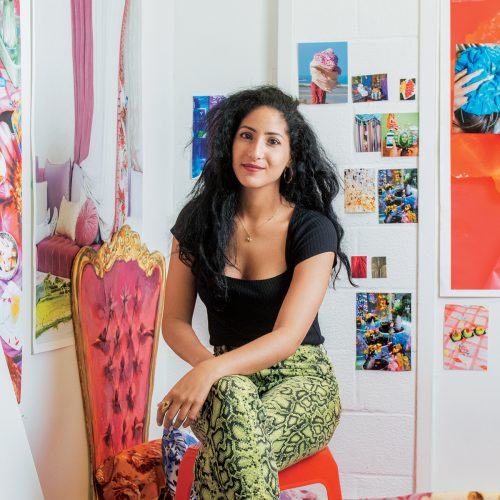