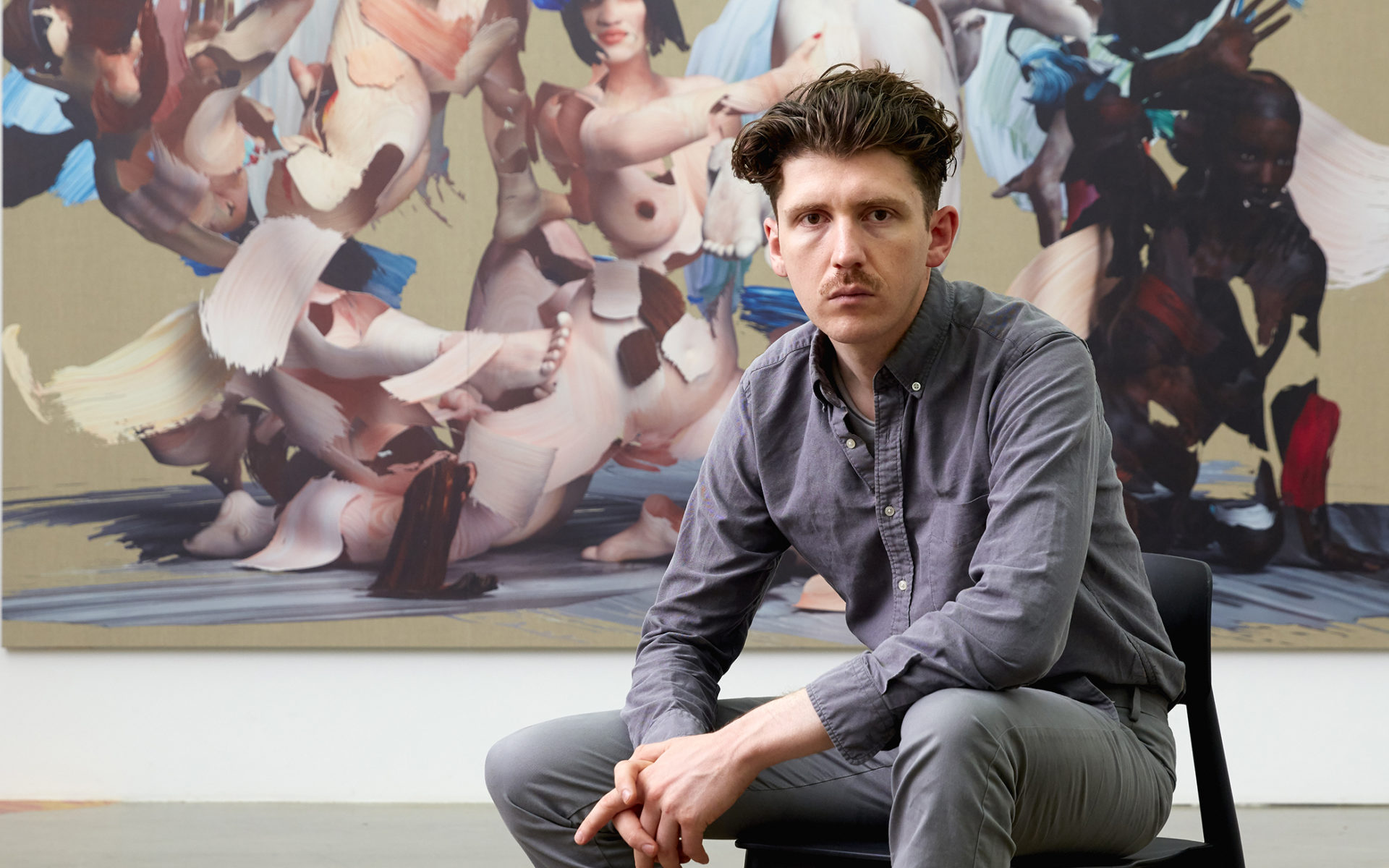 Matthew Stone in front of his 2017 *Back into the Body.&
Photo: Sangtae Kim, Courtesy of Choi & Lager Matthew Stone in front of his 2017 Back into the Body. Photo: Sangtae Kim, Courtesy of Choi & Lager

In 2004, when British artist Matthew Stone graduated from London’s Camberwell College of Arts, he decided he wasn’t going to work a day job. So he just squatted with friends in an artists’ collective called !WOWOW! while he deejayed, published manifestos on optimism, and applied his free-spirited ethos to photography, performance, fashion, and film.

By the time of his first solo exhibition, “Future Hindsight,” at London’s Union Gallery in 2007, he was showing images of friends posed like intertwined marionettes and defining the social sphere as his primary concern. Exhibitions at Tate Britain, the Royal Academy of Arts, and the Centre for Contemporary Art (both solo and group) followed. Most recently, the English newspaper Gay Times commissioned Stone to create ten portraits of British LGBT+ icons for the Gay Times Honours 2017, held at the National Portrait Gallery in November.

The artist has now shifted his focus from photography to making large digital tableaux in which swirling brushstrokes mix with and partially obscure images of contorted, fragmented bodies. This past summer, the Choi & Lager gallery in Seoul, South Korea, staged a solo show of Stone’s potent new works, which call to mind both Caravaggio’s red-blooded religious iconography and Mapplethorpe’s starkly beautiful nudes. “I’m motivated to make work that is about how we interact as individuals,” he says, “how we share space, and are in and out of touch with our bodies.” For now, Stone has clearly found his space. matthewstone.co.uk Knowledge Felt in the Body, 2017. Photo: Courtesy of the artist The Tip of your Tongue, 2017. Photo: Courtesy of the artist Expansion, 2017. Photo: Courtesy of the artist Other People’s Energy, 2017. Photo: Courtesy of the artist
Cover: Matthew Stone in front of his 2017 *Back into the Body.&
Photo: Sangtae Kim, Courtesy of Choi & Lager
Next Post