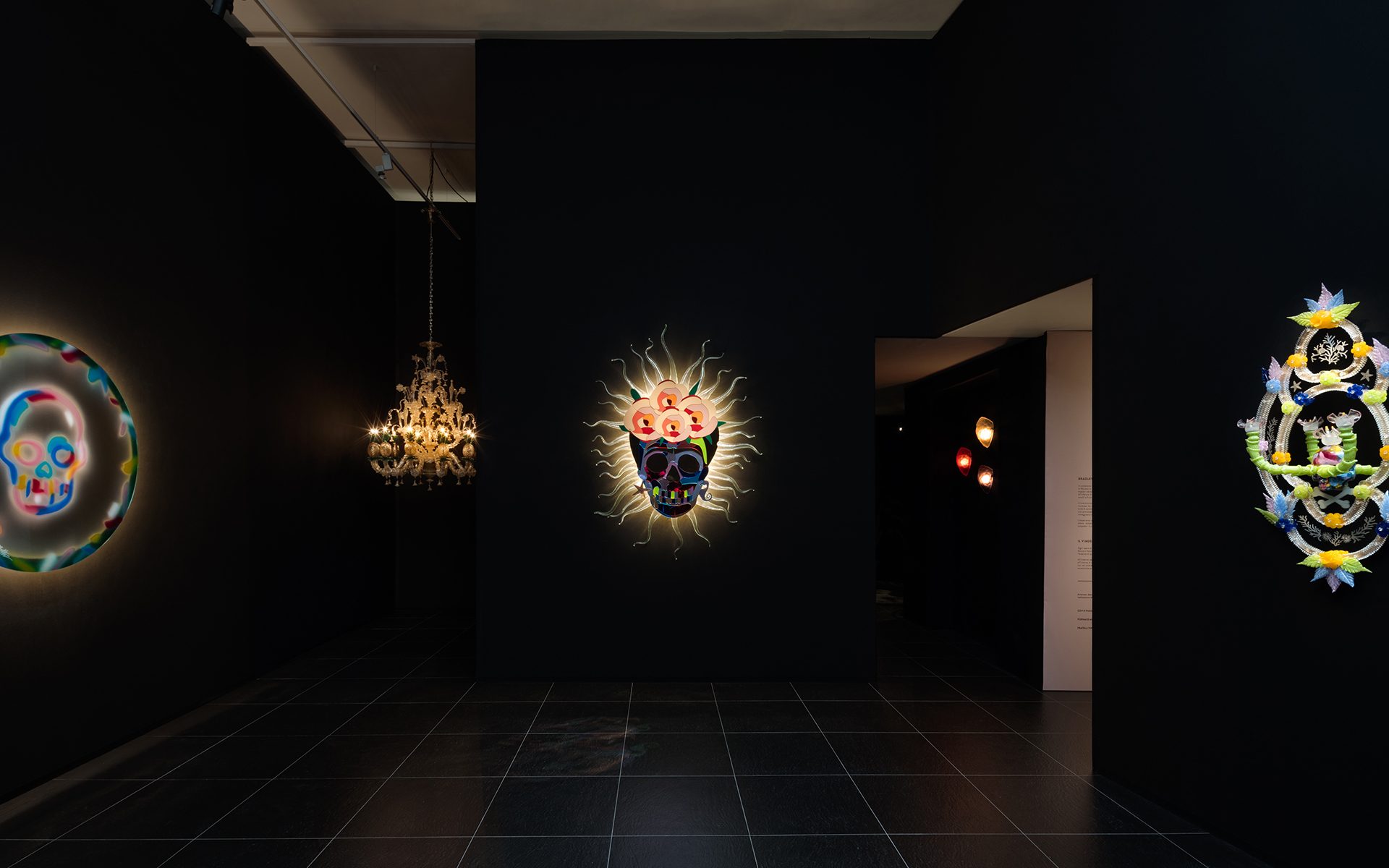 First displayed during Milan Design Week in the exhibition "Blow," these one-of-a-kind sculptures challenged the famed Italian glassmakers to reinvent their craft 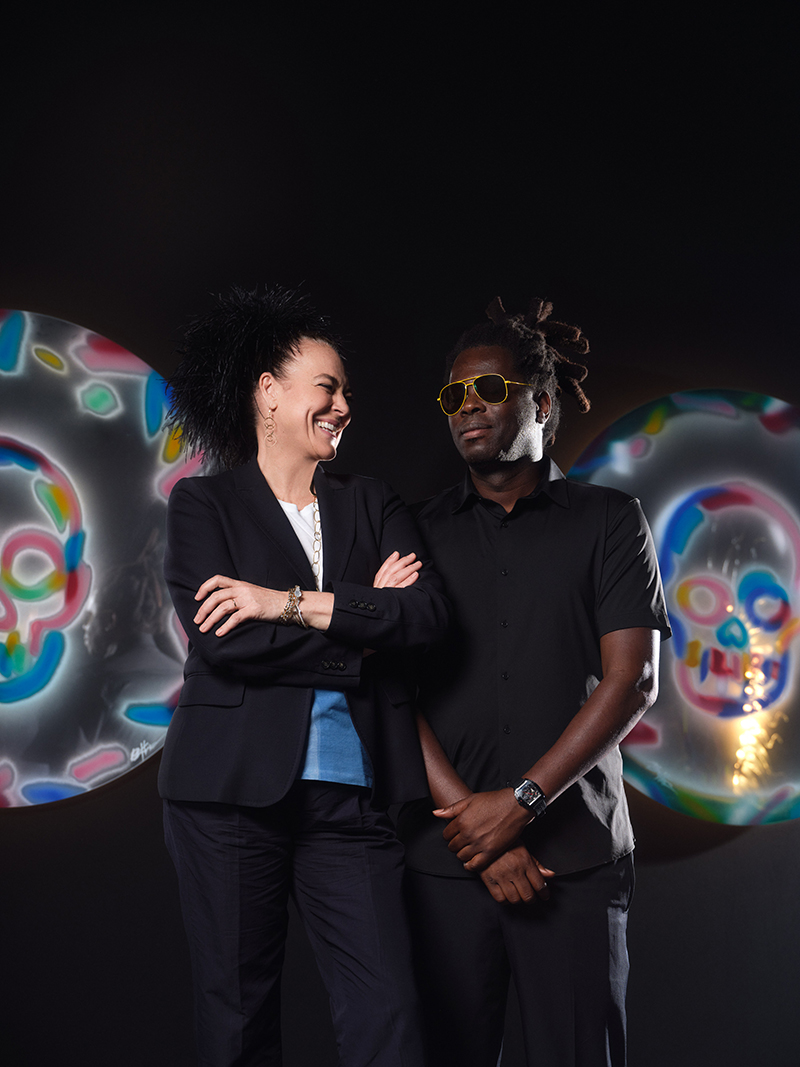 When the design world descended on Milan for the return of Salone del Mobile this June, there were bold installations and groundbreaking works creating buzz from the Palazzo del Senato to the scenic neighborhood of Brera. One eye-catching presentation, four years in the making, was a colorful exhibition of work by artist Bradley Theodore, mounted in collaboration with Artemest. “Salone is our biggest coming out moment during the year and it’s also the least commercial endeavor that we do,” says Artemest founder Ippolita Rostagno. “It’s where you get to experiment.”

Titled “Blow,” the exhibit reinterpreted traditional craft through an artistic lens with Theodore’s colorful paintings translated into striking three-dimensional works, made in collaboration with the glass artisans of Murano. “One of my inspirations was Jeff Koons’s 2014 retrospective at the Whitney; in that show he did a piece with Murano glass and it just struck me as this thing that I have to do,” says Theodore, who traveled to Venice on numerous occasions looking to explore the workshops of the neighboring island of Murano. “When Artemest came to me with this idea, I was excited because I was like, wow, I’ve been trying to work with those guys forever.” 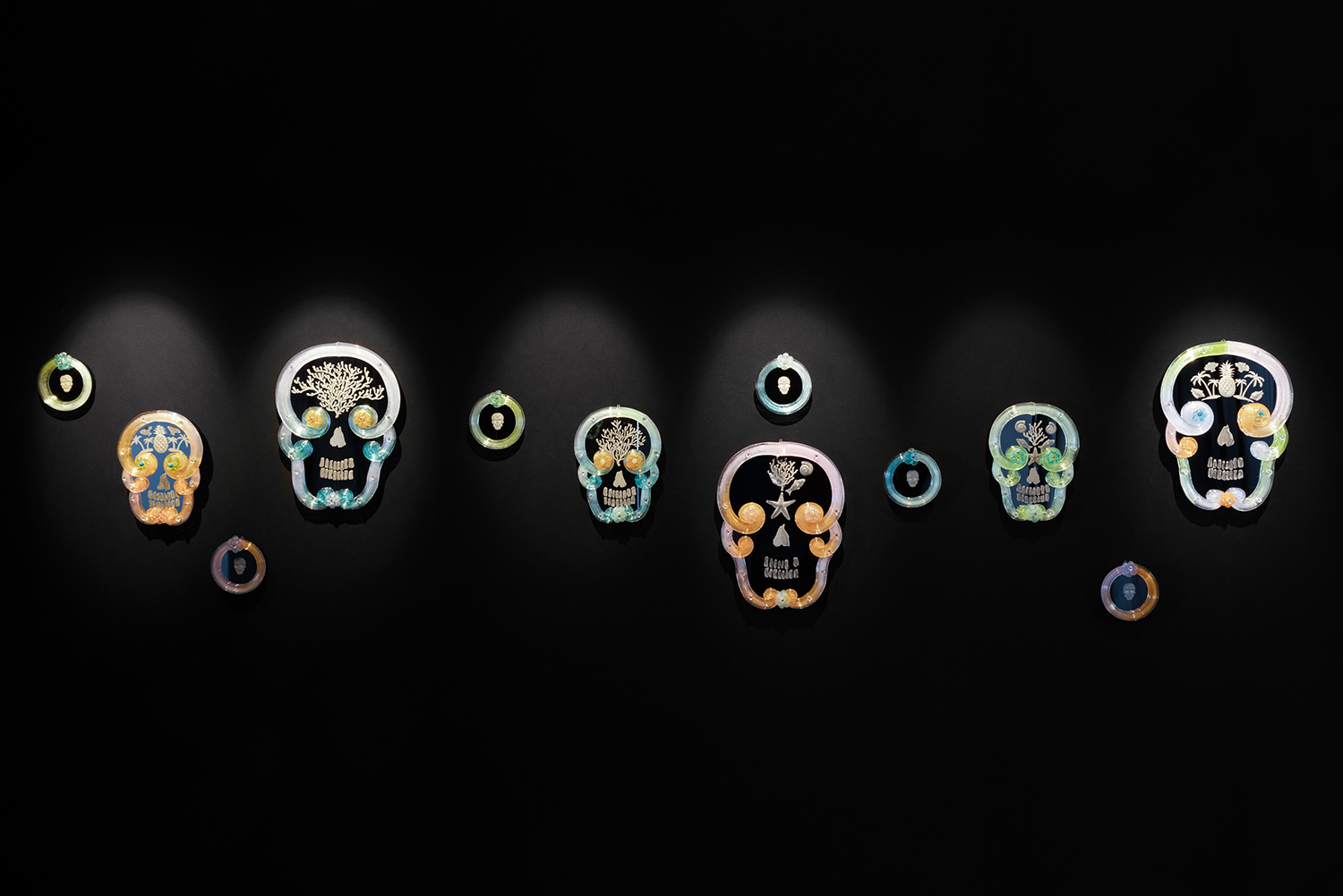 Initially, Theodore presented the Murano artisans with sketches and a color palette drawn from his native Turks and Caicos; from the source material, the glassmakers collaborated with the artist on the final forms. With Venetian chandelier maker Luci Italia, Theodore designed a one-of-a-kind light fixture boasting 12-handblown pineapples. Mirror studio Ongaro & Fuga reinterpreted Theodore’s signature skulls into colorful wall pieces. Historic furnace Fornace Mian recreated the skull in an abstract beveled sconce. “It was just a wonderful, wonderful, wonderful experience,” Theodore tells Galerie. “Each one showed me their catalog and I’m able to point out what I was doing and what they were doing and where the similarities lie.” 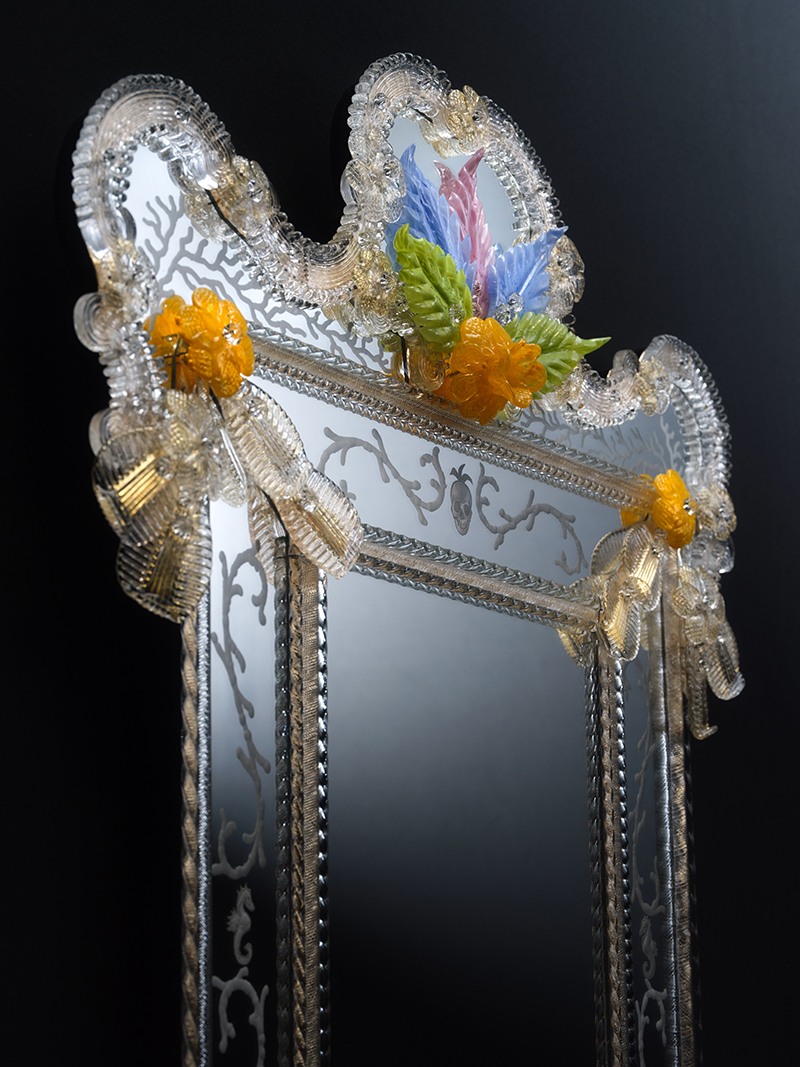 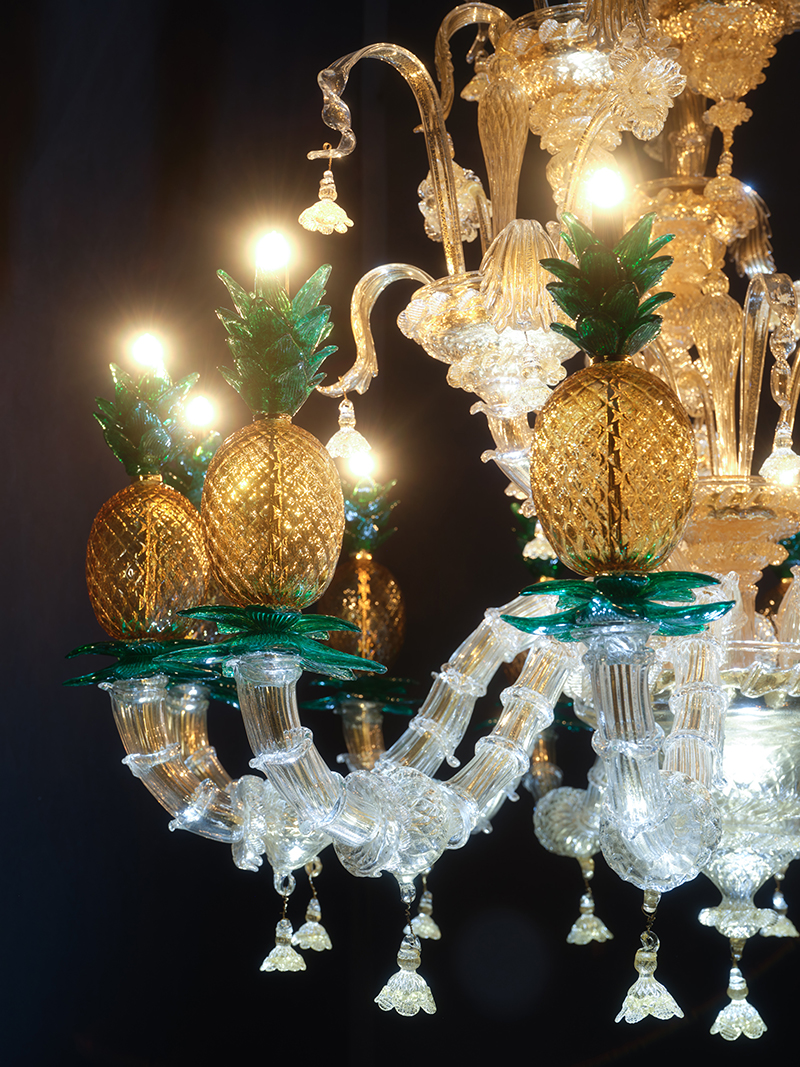 Do You Like Pineapple Juice chandelier by Bradley Theodore with Luci Italia. Photo: Courtesy of Artemest

Additionally, the Murano craftsmen and Theodore found a common ground in the symbolism of the skull. A prominent icon in the artist’s work, they also have significance in Venetian culture as a memento mori. “The skull is very meaningful to the Venetian tradition,” says Rostagno. “[The artisans] got very excited because they were interpreting it as a nod to their culture. Inspired by Brad’s work, they said, this is how we envision the skull and they all envision it in a very different way, using completely different methods.”

For the Vanitas sculpture, artisan Eliana Gerotto and her studio, Venice Factor, used the rods from “murrine” style glasswork to compose a large-scale skull in Theodore’s tropical hues. With Multiforme, Theodore produced a flaming Day of the Dead skull that nods to the art of Frida Kahlo. “It was such a fascinating journey to see them take an idea which they thought that was theirs, and, interpreted through Bradley’s lens, create this object,” states Rostagno. 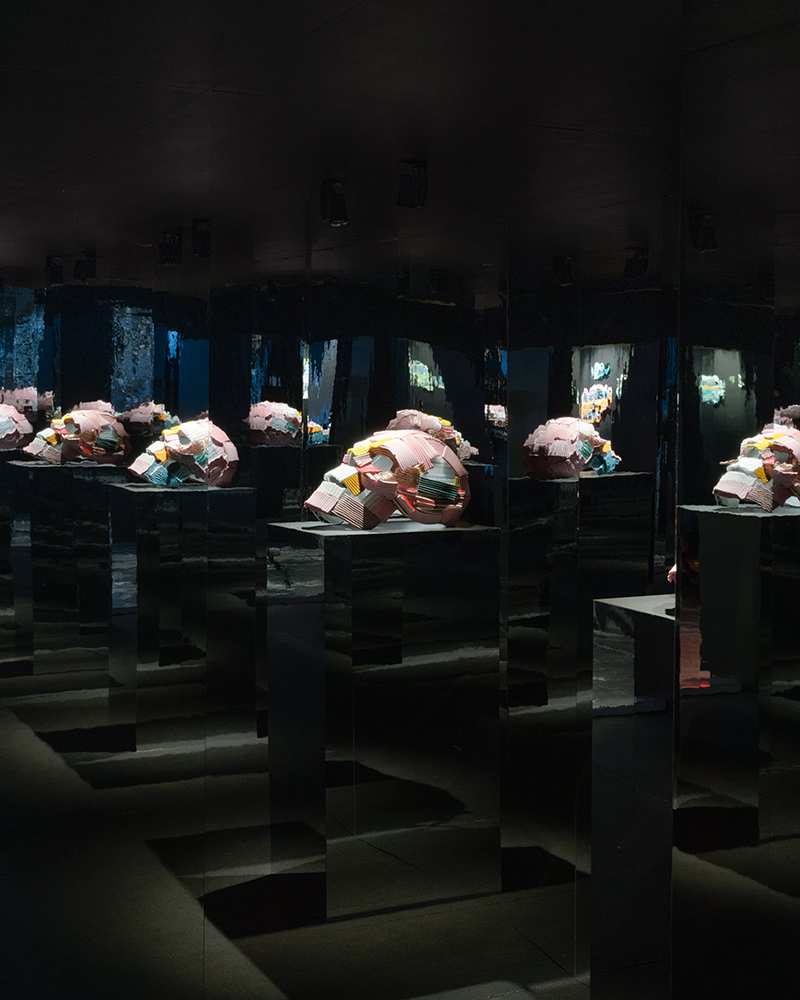 While the collaboration helped push all the creators outside their comfort zone, projects like this also aim to strengthen an art form that is struggling as master craftsmen age out of the industry. But some studios, like Speccihi Veneziani, helmed by Paolo Zornetta, a young master glazier who learned the craft from his grandfather, is showing there is a new generation looking to take up the mantle and use traditional techniques to produce modern designs, like the Pineapple Dreams mirror Zornetta made in collaboration with Theodore.

“This is really like one of those opportunities to see what the evolution could be,” says Rostagno, who in late fall will debut a Artemest gallery at 518 West 19th Street in New York that will display furniture, lighting, and decorative objects as well as rotating displays of artisan work, including a selection of Theodore’s Murano pieces and paintings. “It was not really meant to fit in as a sellable, off the shelf, objet. It was really meant to straddle this art and design space.” 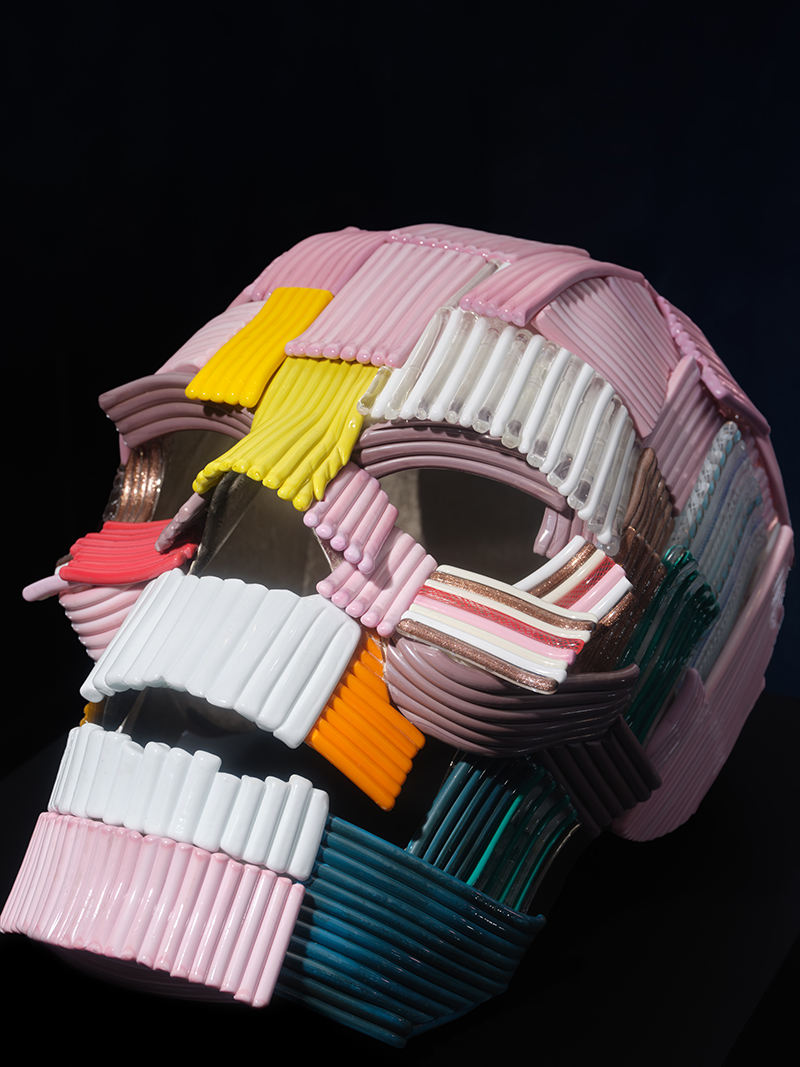 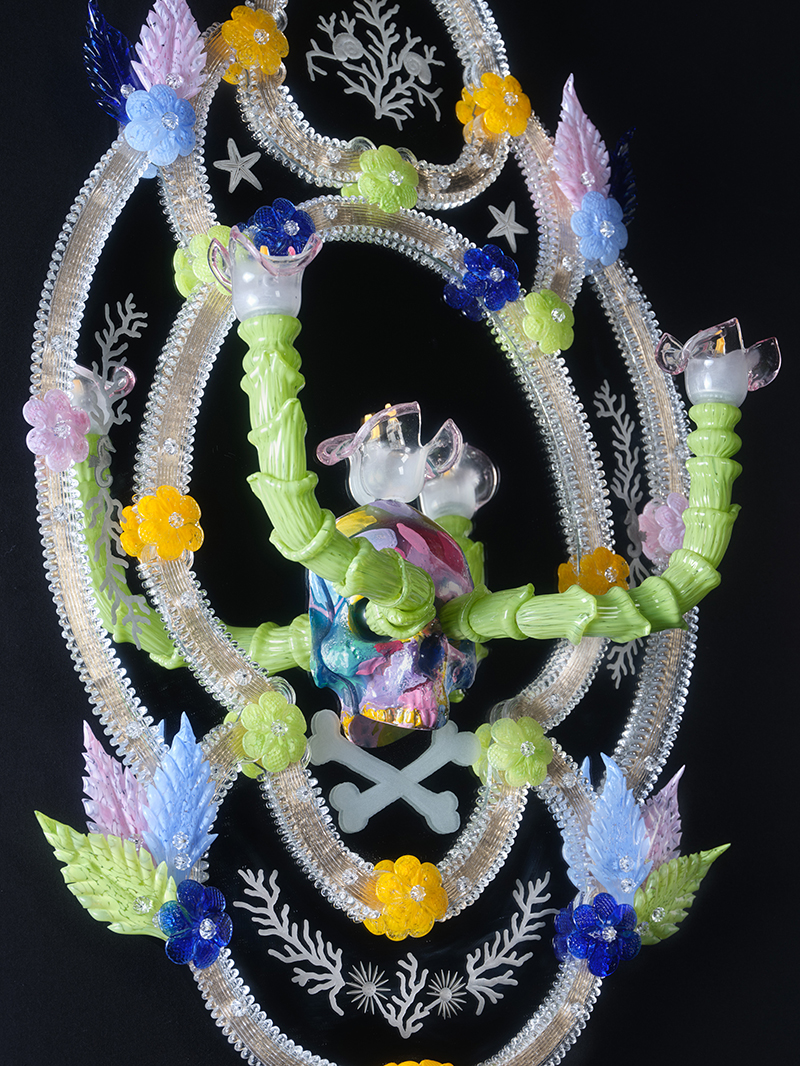 “Italians have seen everything and [the country is] a mecca of design,” adds Theodore, who will next show a collection of his paintings in October. “It’s one thing to want to do something that’s cool. It’s another thing to do something with a culture that’s fairly closed, and for them to think it’s cool and start realizing that they can take their craft to another direction. That I was pretty amazed by.”