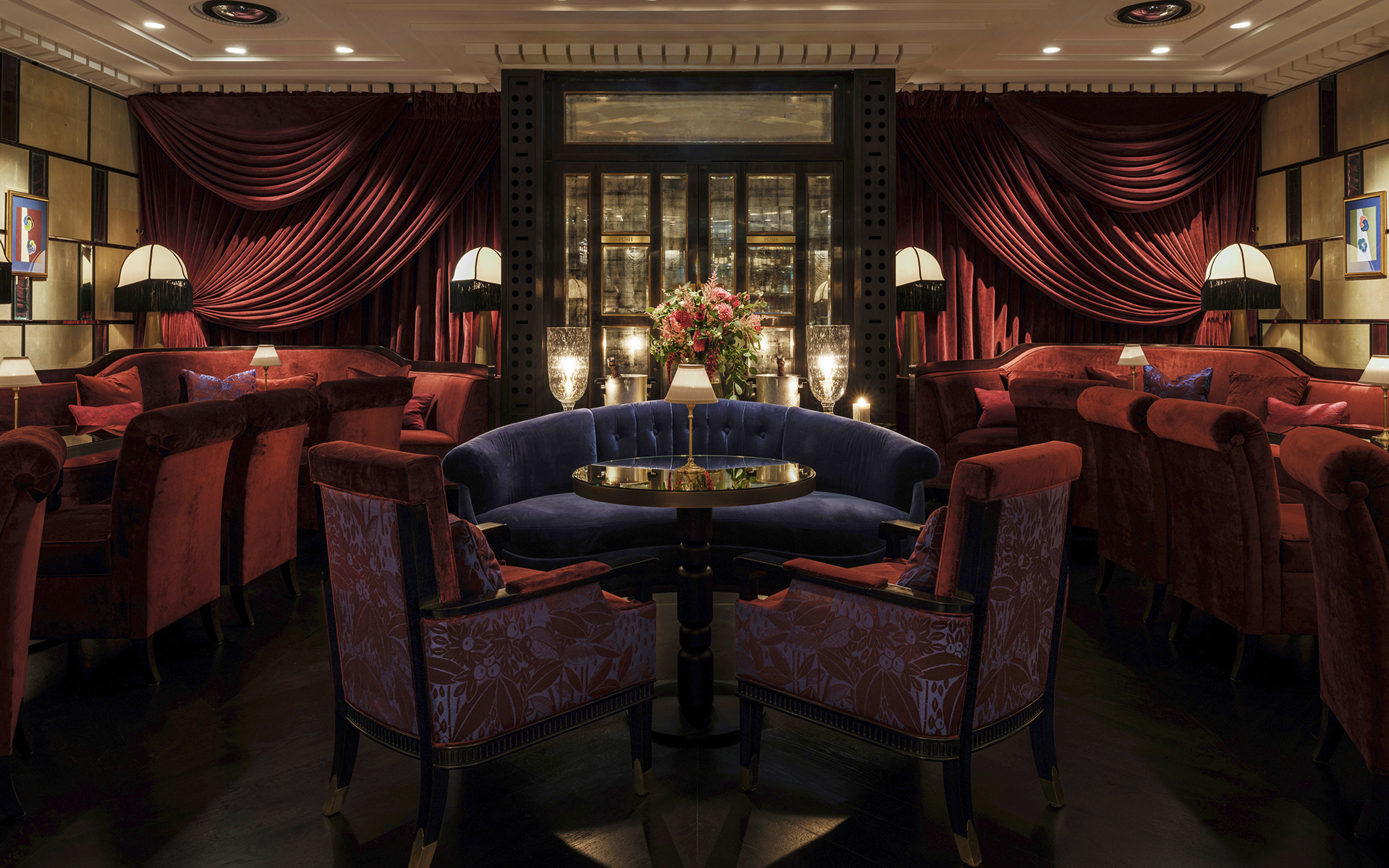 From the first U.S. museum survey of acclaimed artist Theaster Gates to the lavish new bar at the Corinthia London 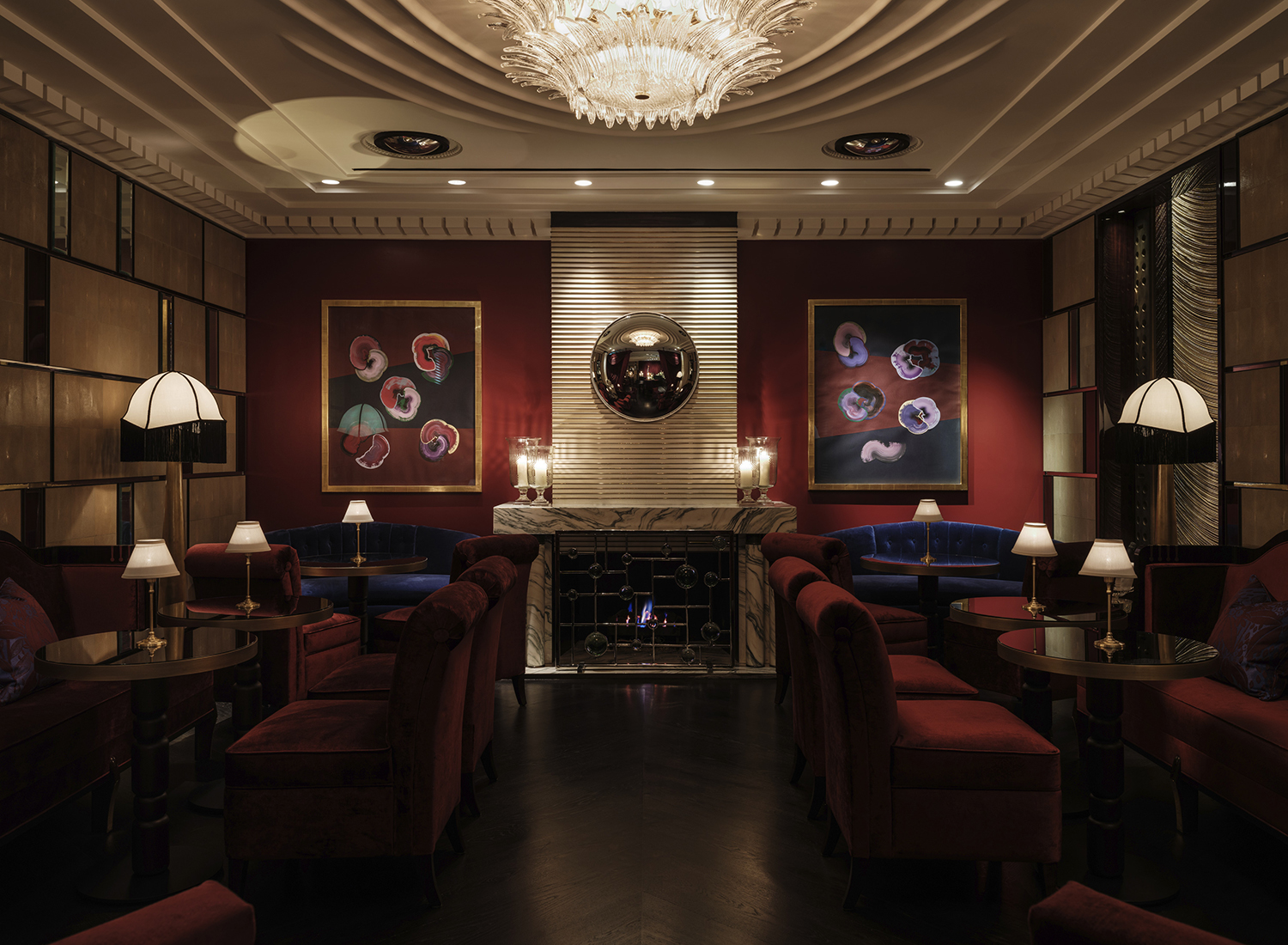 There should be no questions as to how the new bar at the Corinthia London got the name Velvet. Swathed in over 700 yards of sumptuous material, the lavish space designed by David Collins Studio promises to be the most seductive place to grab a cocktail in the city, especially with the menu of libations created by acclaimed bartender Salvatore Calabrese. “We want to celebrate the magic of theatre of hospitality with a cocktail list of sophisticated classics that have stood the test of time, alongside modern drinks that are now well-established in the 2020s,” says the drinks expert known as “the Maestro.” Equally theatrical are the decadent touches throughout: upholstered furniture, layers of curtains, and convex mirrors. A marble fireplace flanked by Robson Stannard artworks and a stage for performances complete the mood. With the very first sip of a cocktail—whether it’s the Truffle Sazerac or the Velvet Smash, there’s no doubt guests will feel “the spirit of intimacy, extravagance, and secluded indulgence” that Simon Rawlings, creative director of David Collins Studio, sought to create. —Jacqueline Terrebonne 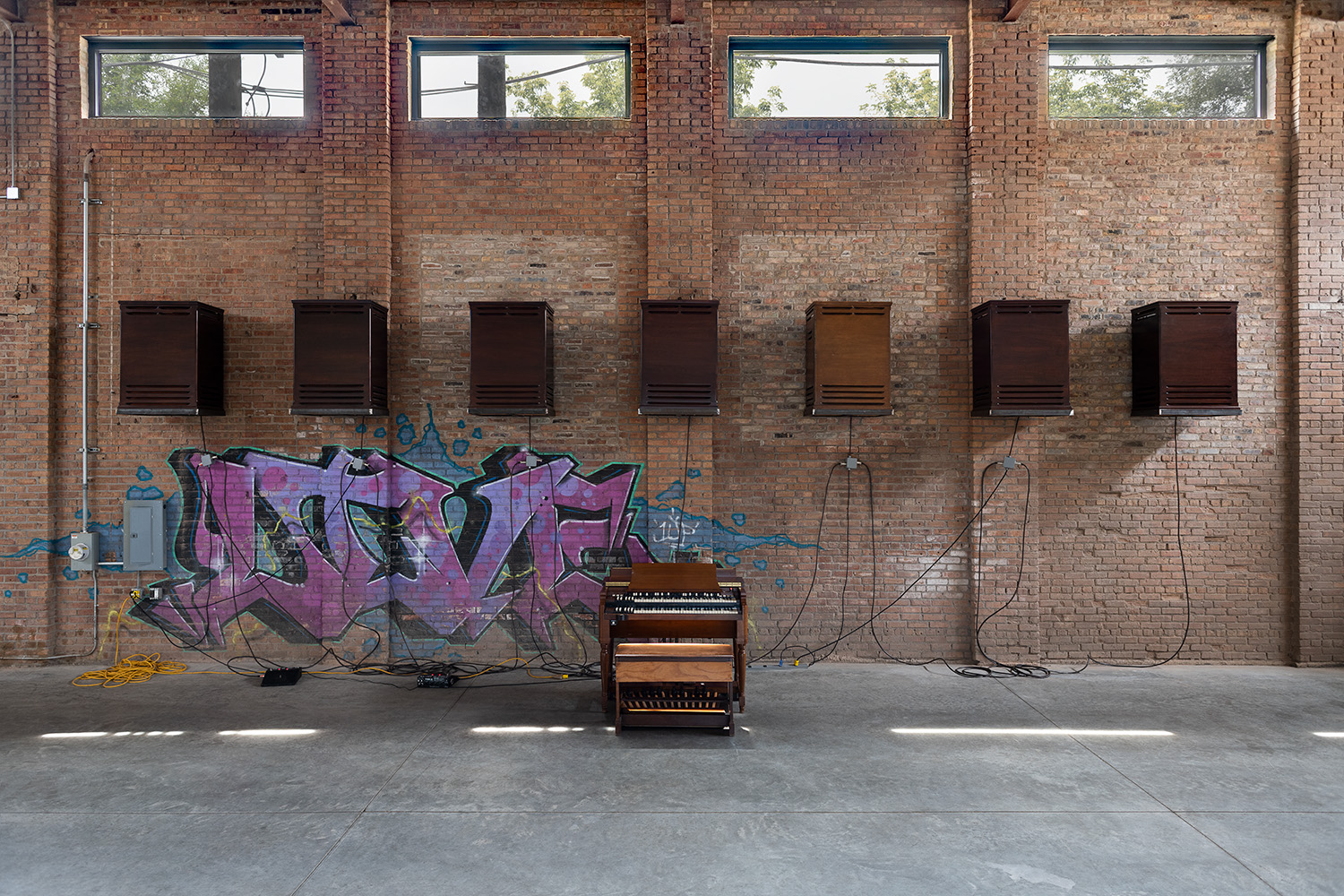 Opening November 10, New York City’s New Museum presents the first museum survey of artist Theaster Gates to take place in The United States. A true jack of all trades, and one of Galerie’s 2019 Creative Minds, Gates’s impressive resume includes urban planning, installations, paintings, sculptures, and more. The exhibition, titled “Theaster Gates: Young Lords and Their Traces,” will take over three floors of the museum and feature artworks produced over the past 20 years as well as site-specific environments Gates created specifically for this presentation. The inspiration for both the name and exhibition itself stems from a group of radical thinkers, activists, and writers who helped shape the country and therefore Gates’s thinking. The show runs until February 2023. —Shelby Black 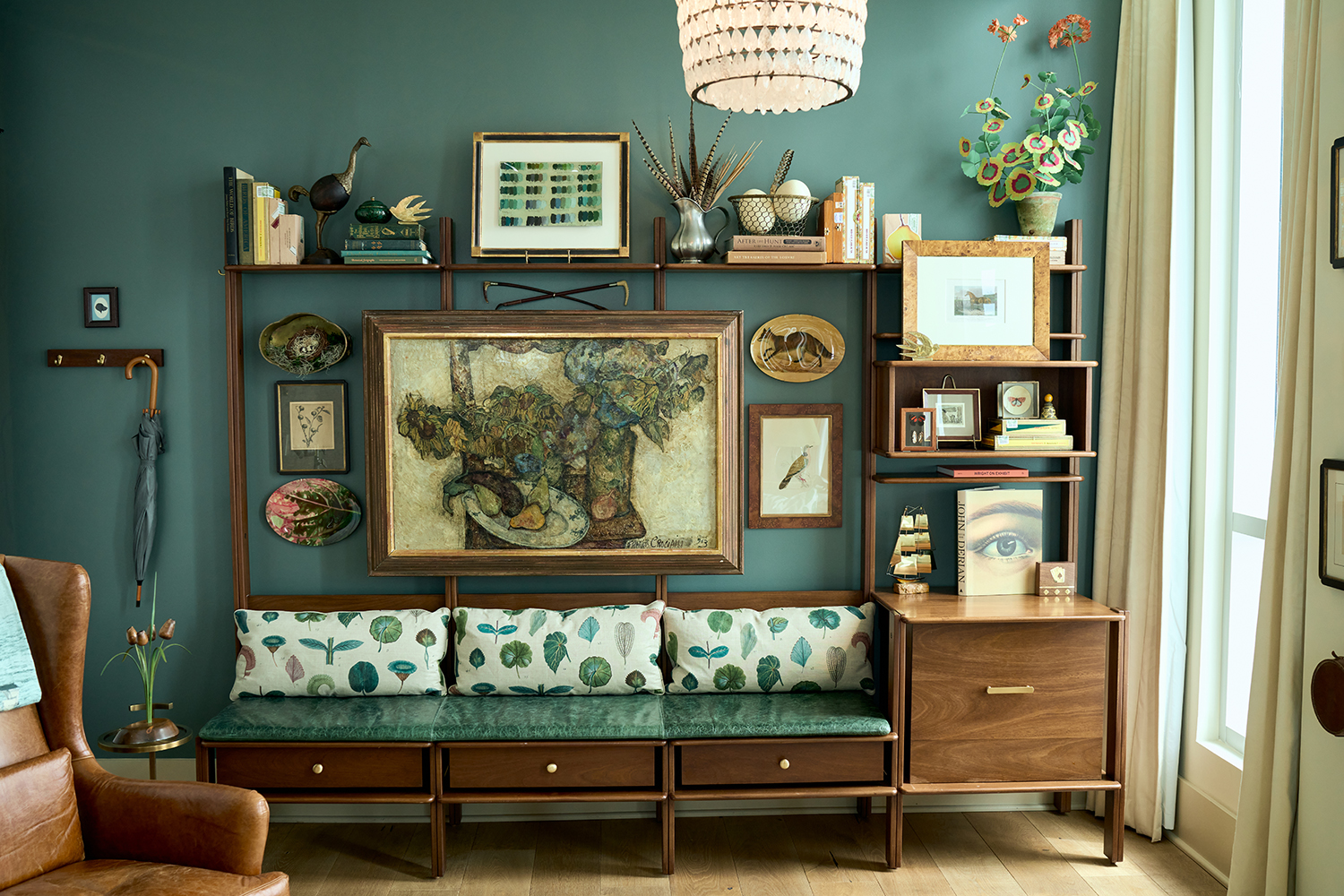 The John Derian Flat inside the Dewberry in Charleston, SC. Photo: Courtesy of The Dewberry 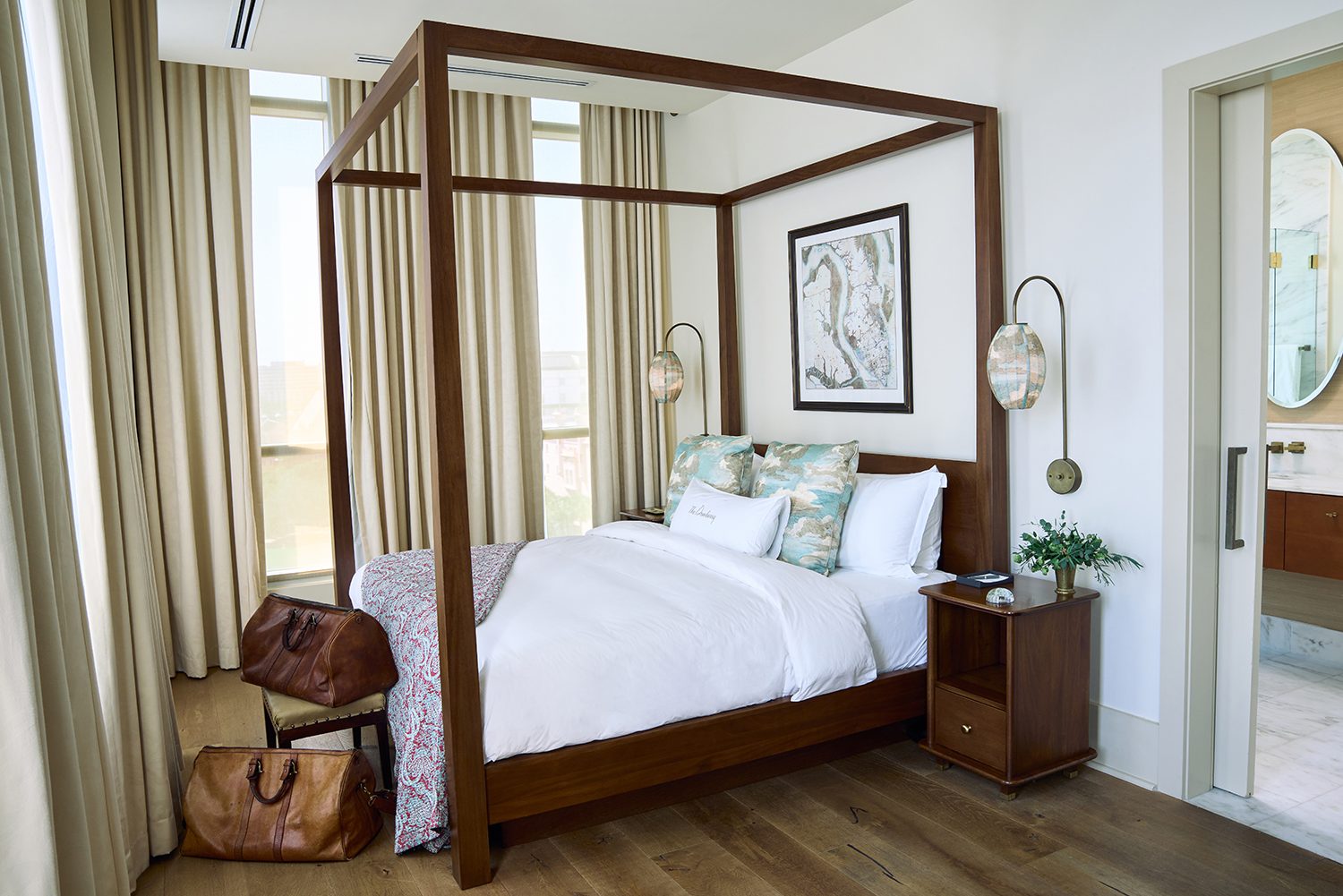 The John Derian Flat inside the Dewberry in Charleston, SC. Photo: Courtesy of The Dewberry

3. The Dewberry Introduces a Sumptuous Hotel Suite by John Derian

Visitors to decoupage artist John Derian’s downtown New York boutiques are readily enchanted with the antique treasures, original artworks, tableware, and home goods that cover every surface, conjuring the feeling of wonderment one gets from exploring a fanciful cabinet of curiosities. That same sense of discovery is on display in the newly introduced John Derian Flat at Charleston, South Carolina, hotel the Dewberry. Inspired by the souvenirs hoteliers Jaimie and John Dewberry’s have collected on their many travels, the suite combines Derian’s signature decoupage plates, unique lighting fixtures, and vintage furnitures with decadent amenities, like a deep cast-iron soaking tub, King canopy bed, and in-room living and dining areas.

“There is no better spark for creativity than the discoveries made through travel and, in turn, through design,” says Derian, who introduced three exclusive decoupage products into the Dewberry’s shop including a print of plants and flowers indigenous to South Carolina, hand-illustrated by local artist Becca Barnet. “John and Jaimie have beautifully curated a space that captures the elements that most inspire me—unexpected ephemera, layered textures, and antique treasures. I hope this special flat at The Dewberry inspires those who call it home—even if just for the night!”—Jill Sieracki 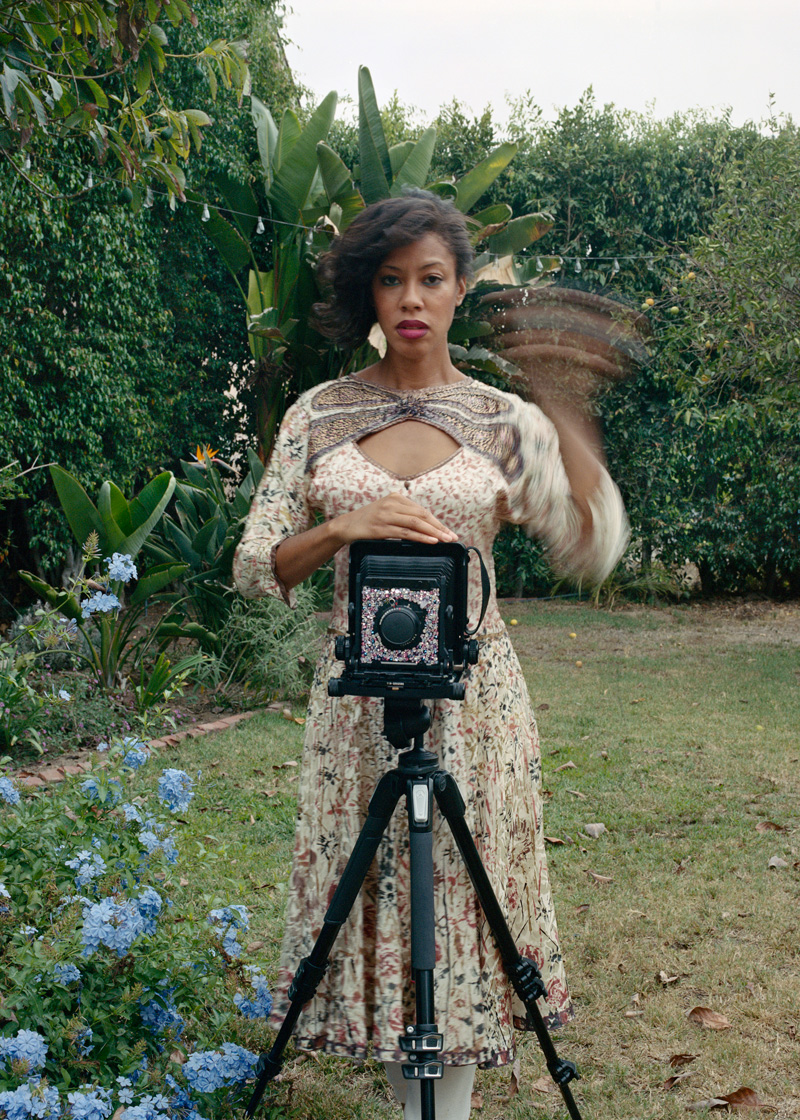 Self Portrait (2021) by Deana Lawson Photo: © Deana Lawson, Courtesy the artist and Gagosian 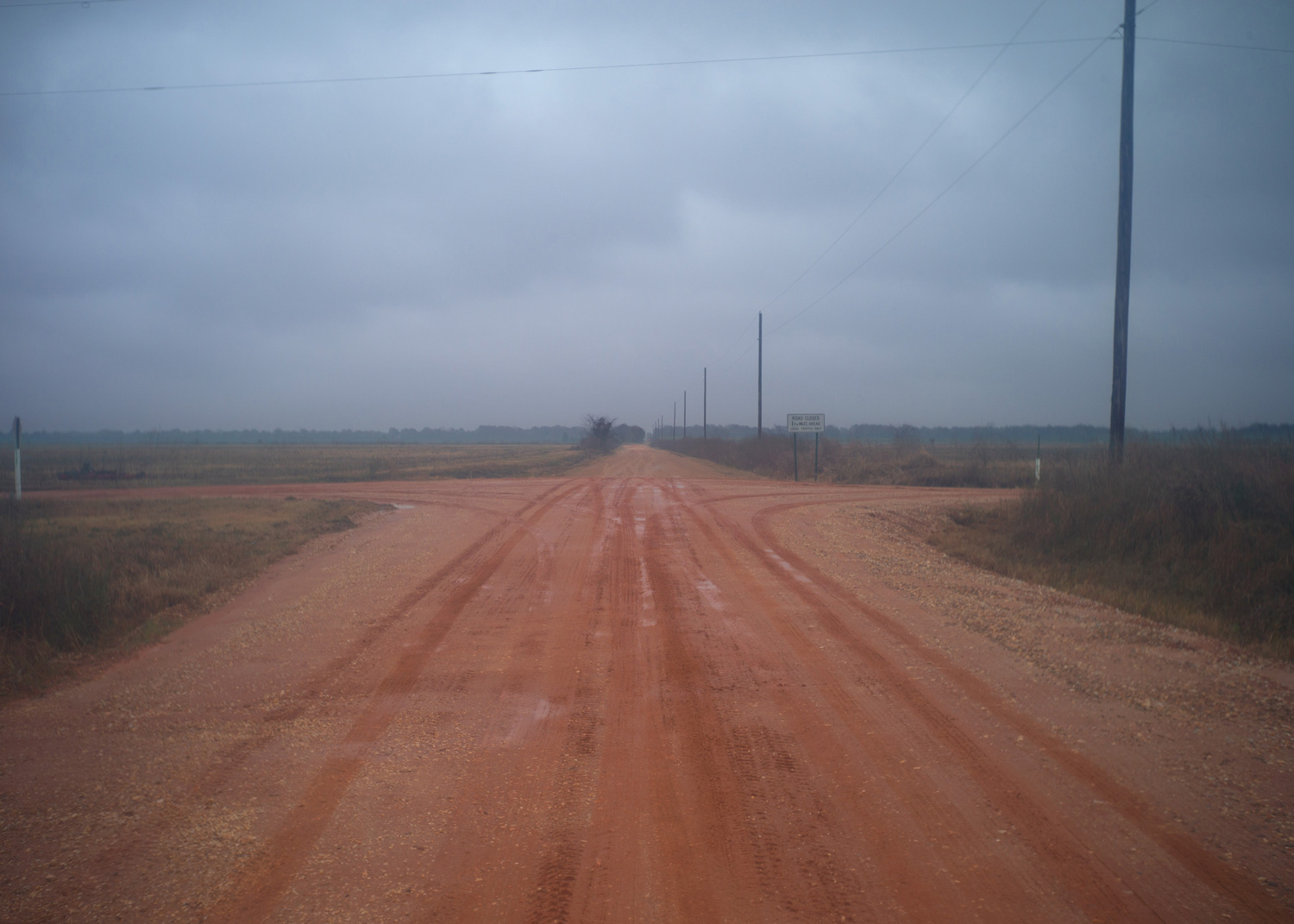 The largest international art fair dedicated to the photographic medium opens this Thursday at the Grand Palais Ephémère in Paris. Steps away from the Eiffel Tower, Paris Photo will present 200 international exhibitors and their photography-driven projects. Historical and contemporary lens-based artworks and rare photo books will be on display including Gagosian‘s joint presentation of works by powerhouse photographers Deana Lawson and Sally Mann. The 25th edition of the fair will be accompanied by its second Online Viewing Room, which will launch in conjunction with the Paris show. Visit Paris Photo in-person or virtually until November 13. — Stefanie Li 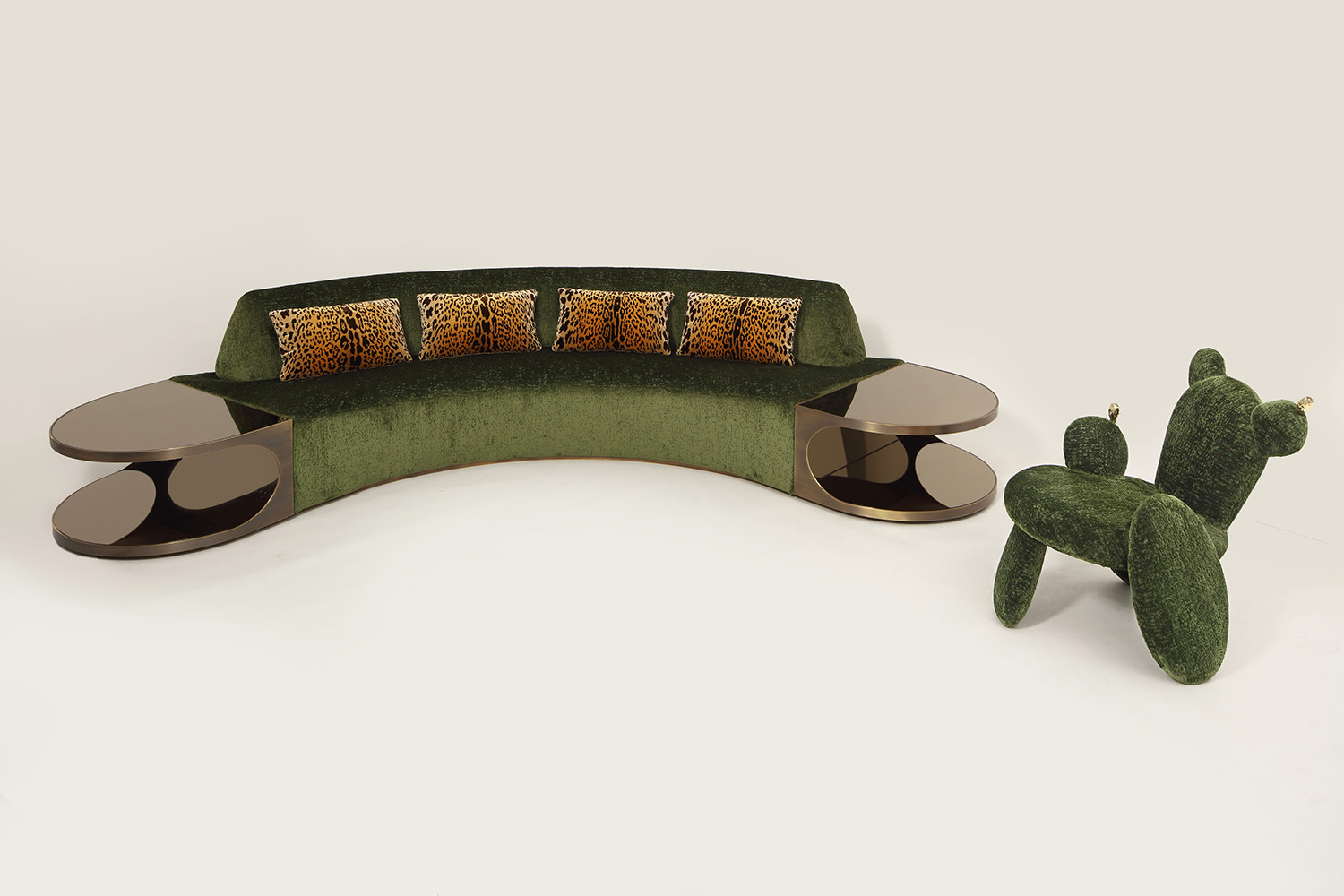 5. The 11th Edition of Salon Art + Design Kicks Off in New York

Open from November 10 to 14 at the Park Avenue Armory, this year’s Salon Art + Design fair brings together 52 international exhibitors, some of whom were unable to attend last year’s show due to pandemic travel restrictions. It also marks the return of the Salon Conversations series after a three-year absence, with discussions featuring influencers from NYC Jewelry Week, 1stDibs, and more. Of course, the main attraction is the building’s cavernous Wade Thompson Drill Hall, where dozens of galleries have set up booths showcasing the world’s best vintage, modern, and contemporary art and design. One of the highlights is always Maison Gerard, which this year is bringing new pieces by the firm Georgis & Mirgorodsky: the Bombola sofa and Le Nopal chair (shown above). The voluptuous sofa was inspired by Carlo Mollino’s race cars and naughty polaroids, while the chair resembles an abstracted prickly pear cactus and pays homage to the Hispanic diaspora past and present. —Geoffrey Montes