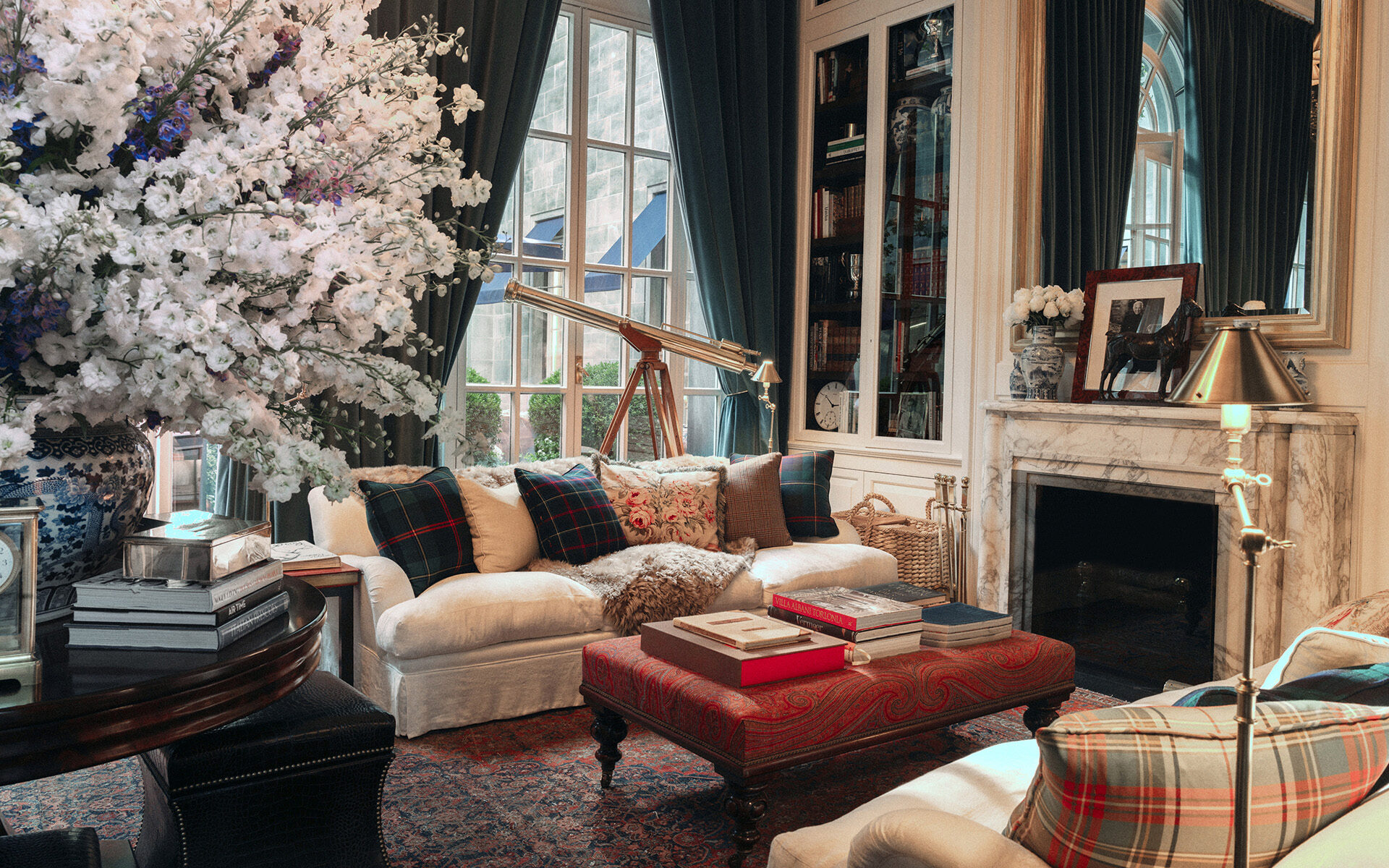 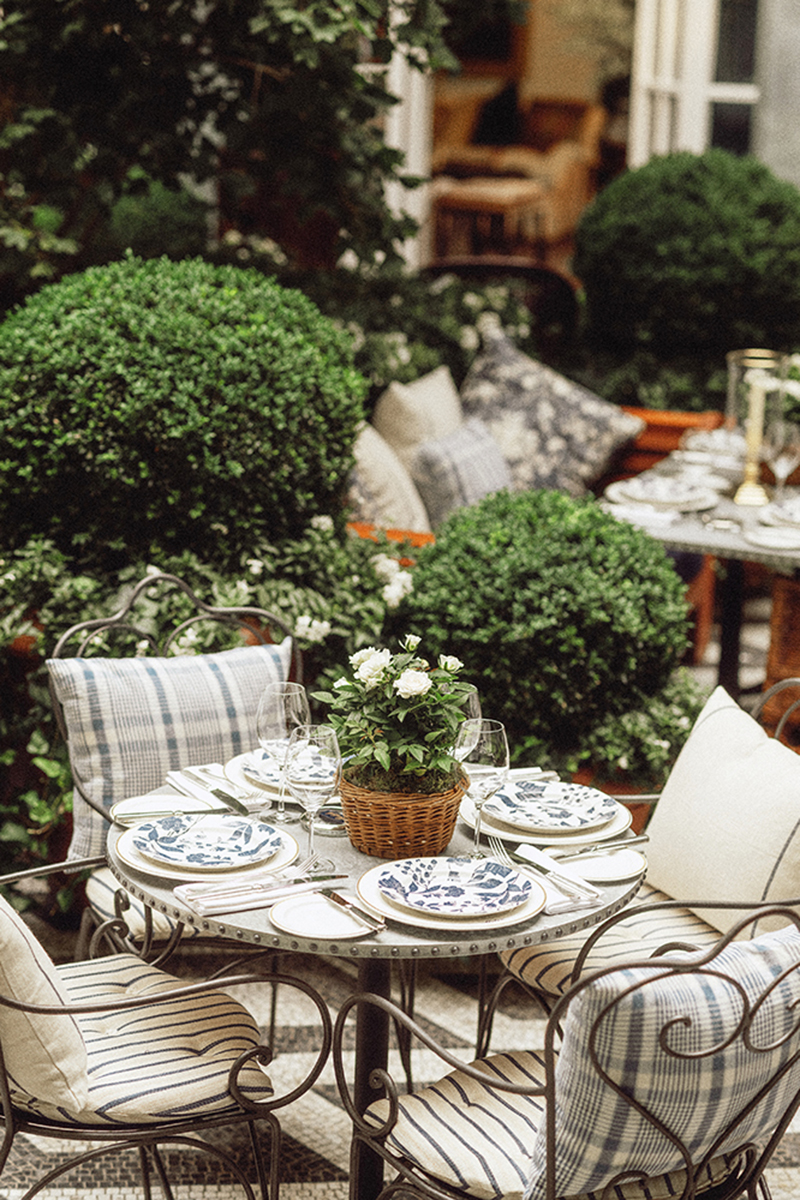 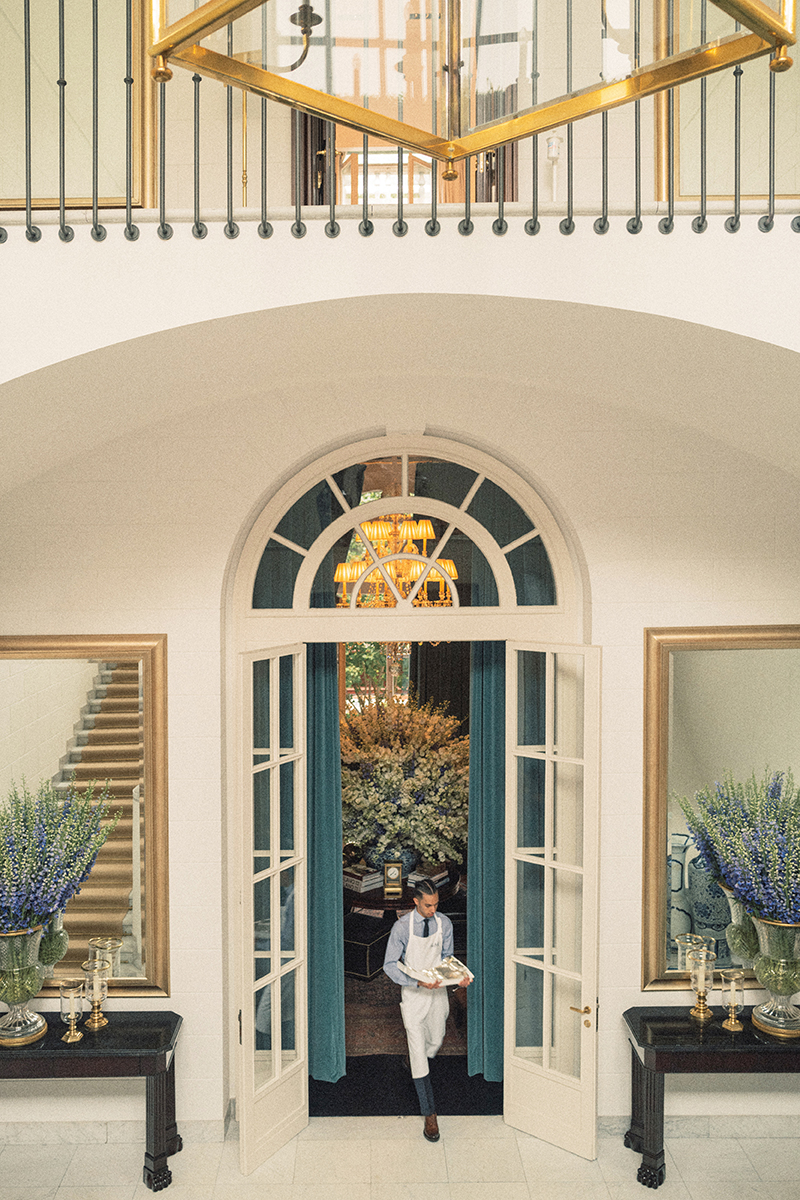 The iconic American lifestyle brand made itself right at home in Milan this week. To coincide with the venerable design fair, Ralph Lauren transformed the palazzo that has served as its Italia headquarters since 1999 into Ralph’s Milan. The completely immersive experience allows visitors to view its home collection within the sumptuously scaled spaces of the residence, which was conceived by notable architect Mino Fiocchi in 1941. The 12,000-square-foot manse also proves to be the perfect setting for the launch of the new Palazzo Collection, which includes classic mahogany furniture executed on a grand scale. Plus, an interior courtyard outfitted with layers of the brand’s signature patterns hosts a pop-up restaurant open for lunch and afternoon apertivo. While the menu is filled with American classics such as shrimp cocktail and lobster roll, the Aperol Spritz seems to be the drink of the week, creating the perfect marriage of cultures. The space will be open by appointment and invitation through June 11. —Jacqueline Terrebonne 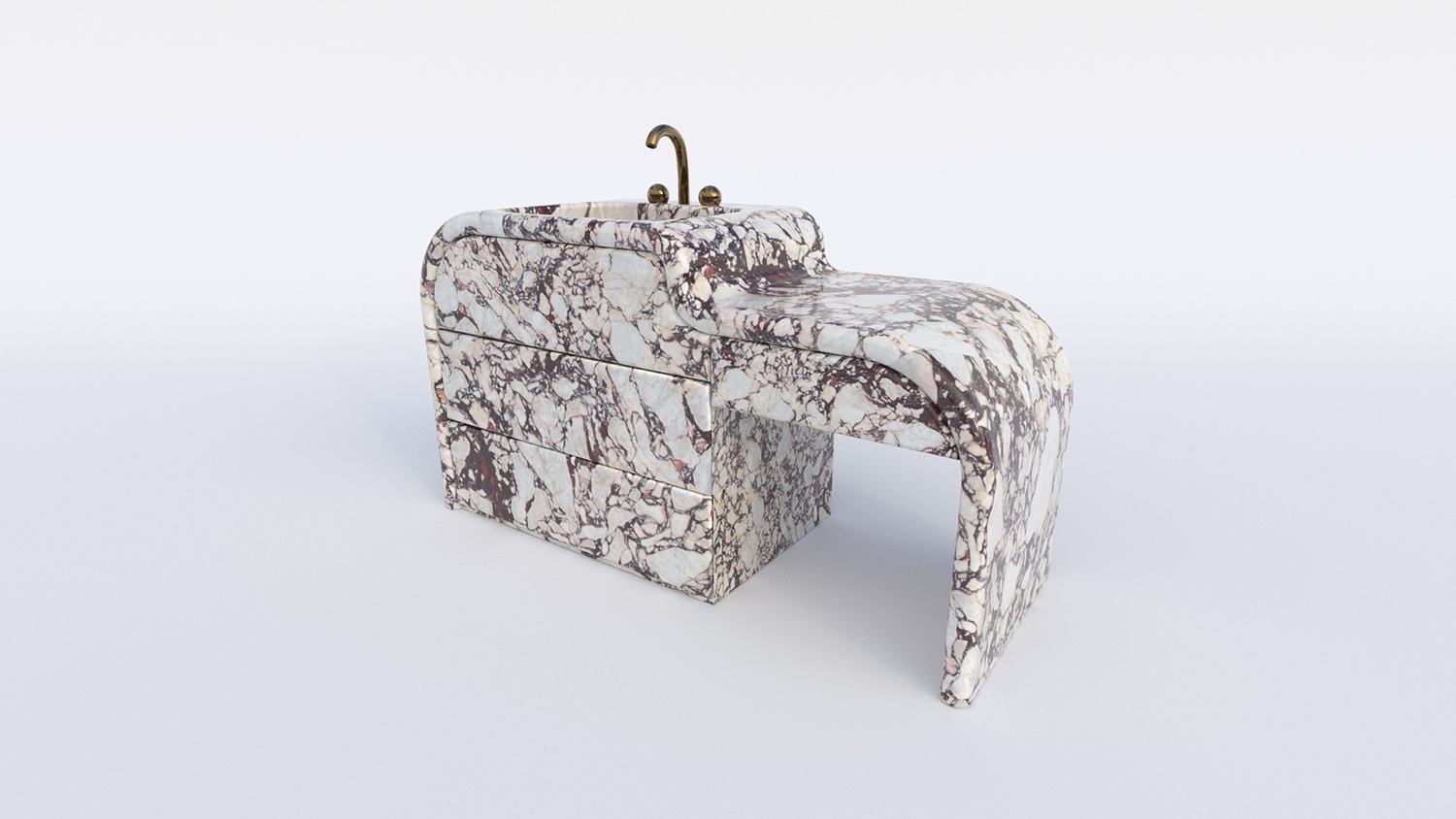 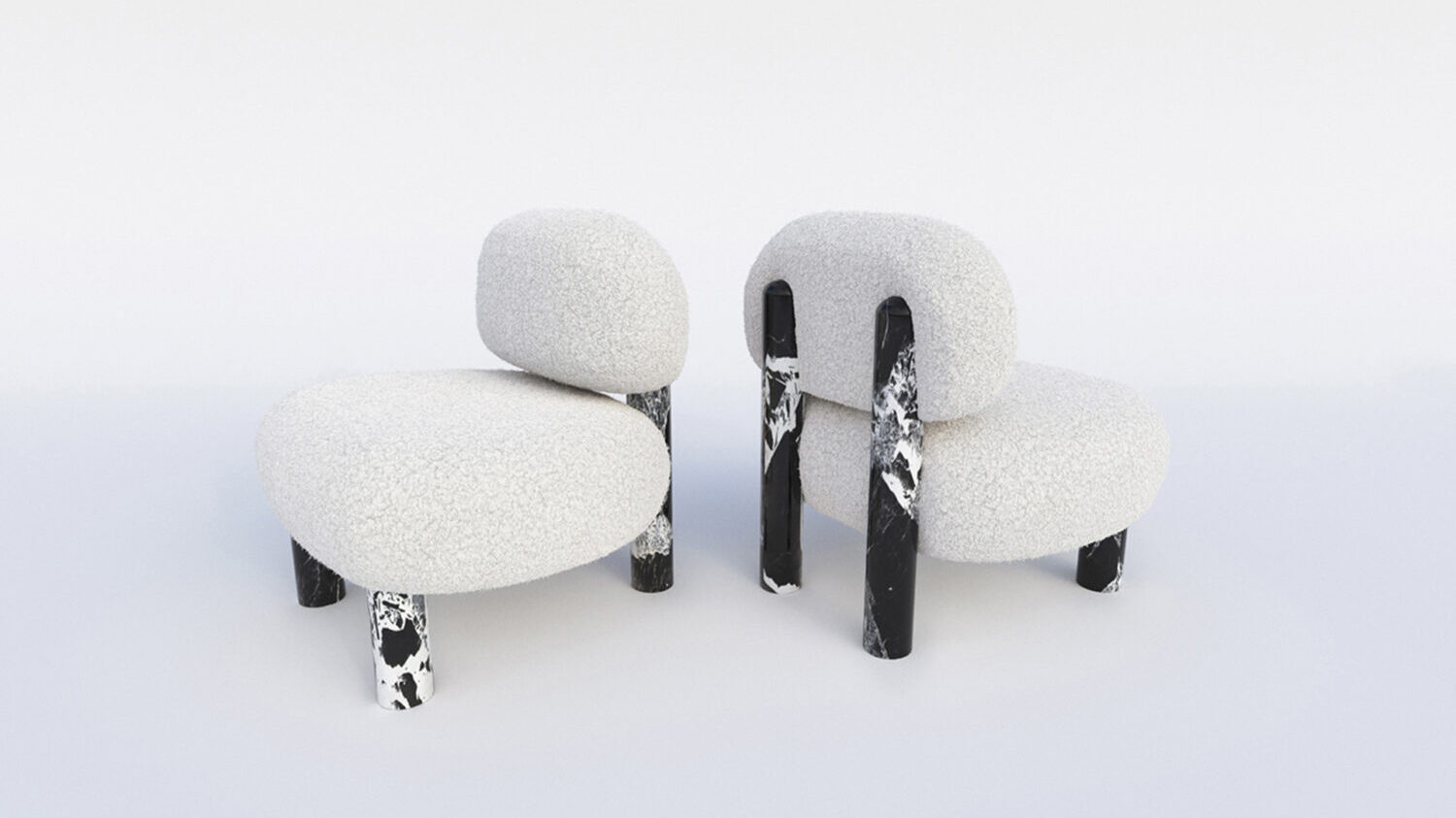 3. Carrière Frères Introduces Candles Made in Conjunction with the French National Museum of Natural History

With a history dating back to 1884, Carrière Frères crafts candles that perfectly capture scents found in nature, inspired by the heritage of the master makers and the botanical sciences of the 19th century. This month, the brand has taken that mission one step further with an exciting launch in collaboration with the French National Museum of Natural History. Three limited-edition candles were created in homage to the museum and its Jardin des Plantes. Each scent is informed by one of the botanical vellums (a special parchment used by botanists) found in the museum’s world-class collection. Absinthe features an aromatic green fragrance with notes of galbanum and petitgrain mixed with absinthe, basil, and mint; Acacia, which could be described as a floral dust, begins with a verdant coolness giving way to multiple golden floral tones; and finally, Nenuphar, which boasts an aquatic fruitiness thanks to the giant waterlily’s top note. The glass cases are artworks themselves, featuring a beautiful colored illustrations culled from archival botanical plates. —Lucy Rees 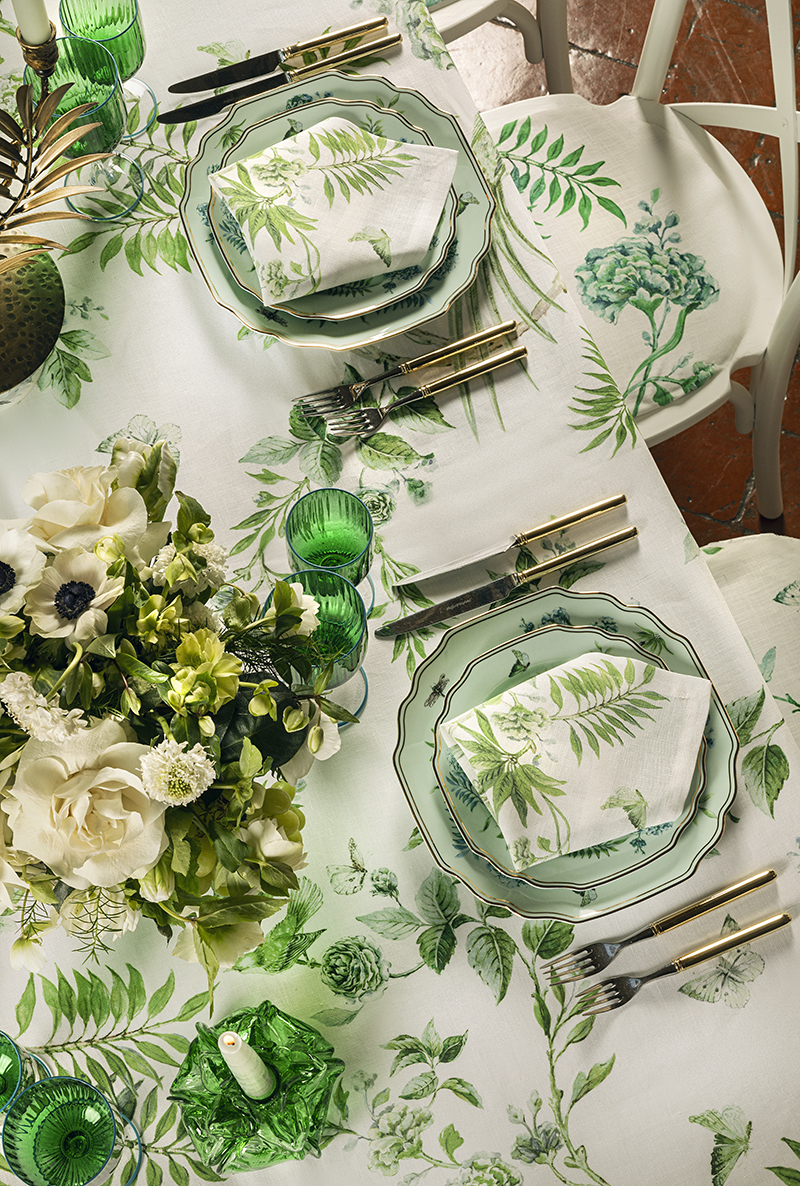 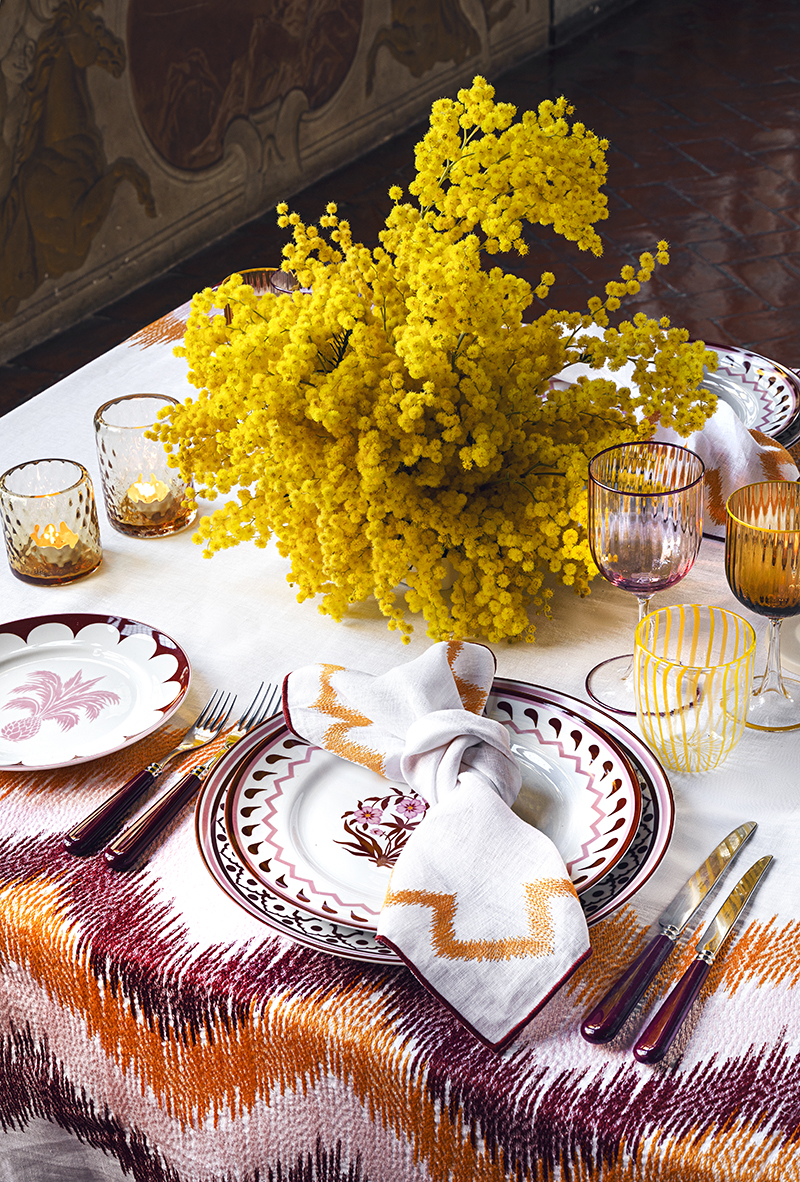 The Jaipur styles from the new Aquazzura Casa collection. Photo: Courtesy of Aquazzura

Celebrating its 10th anniversary this year, Aquazzura is renowned for their fashion-forward collections presented in dreamy boutiques around the globe. Now, founder and creative director Edgardo Osario is translating the brand’s aptitude for embroidery, graphic patterns, and bold use of color into Aquazzura Casa, a debut array of tableware that draws inspiration from fanciful destinations. Collectors will discover the cobalt blue, dusty rose, and wine palette of Jaipur; cheery lemons and cherries of Capri; and refreshing Japanese cherry blossoms on dinnerware and linens. Rounding out the offerings are jewel-tone Murano glass accessories as well as a unique selection of cooking ranges made in collaboration with Officine Gullo.—Jill Sieracki 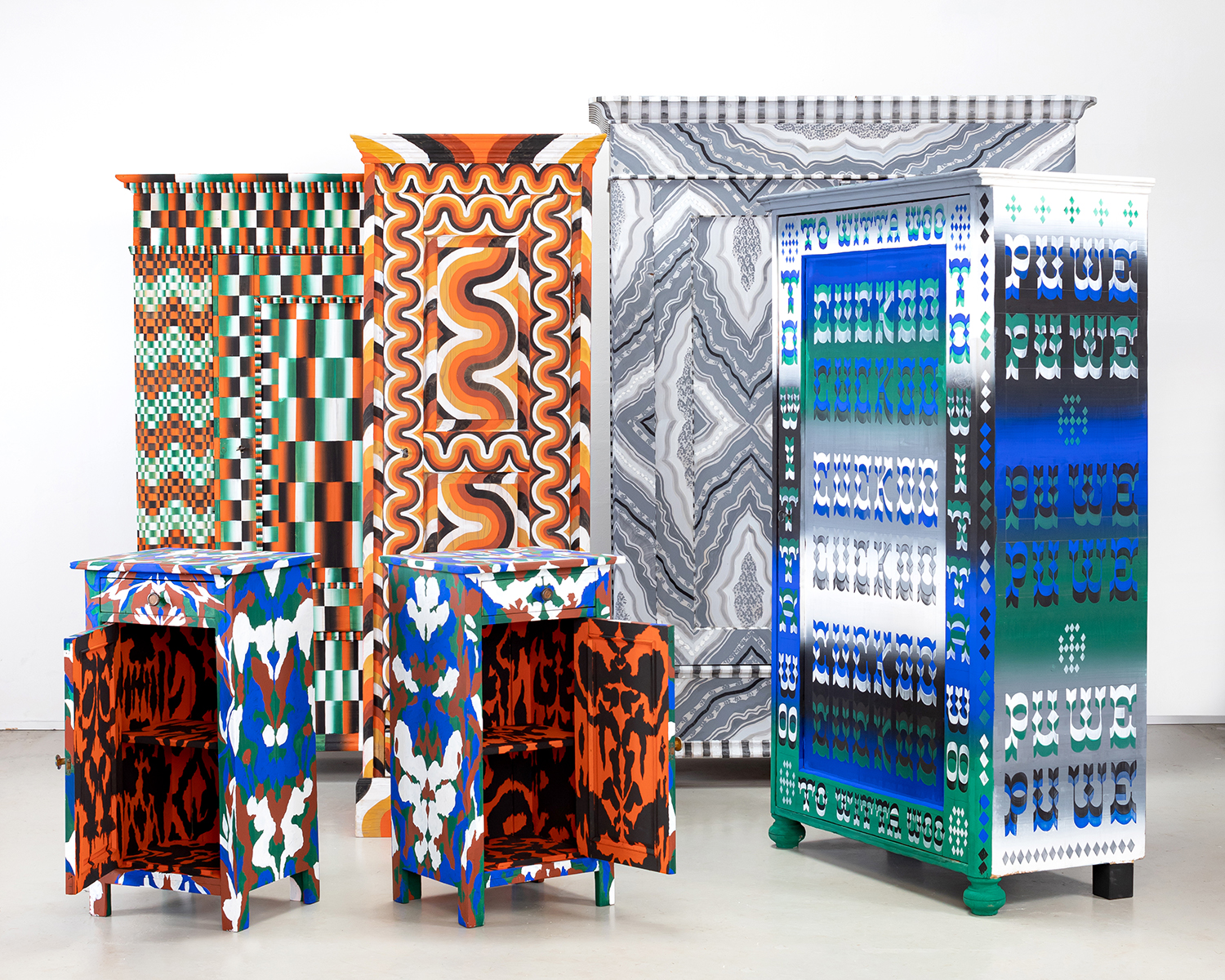 Designers Job Wouters and Gijs Frieling, the talents behind FreelingWaters, recently launched a folk-art inspired project titled “Collection III,” which is now on view at The Future Perfect in New York until June 17. First gaining widespread recognition for their collaborations with Belgium fashion designer Dries van Noten and art curator Ine Gevers, the pair have since opened up their own studio in Amsterdam. The new selection of cabinets are painted with psychedelic shades of orange, green, blue, and yellow, blended together to create a marbling pattern that wraps both the inside and outside of each piece. While the designs may conjure the feeling of Haight Ashbury’s iconic Flower Power, inspiration actually stemmed from commonly used colors and decorations of the 18th and 19th century. For the finishing touch, the furniture’s backsides feature an additional artful moment, including a unique display of used materials and hand-painted lettering. —Shelby Black