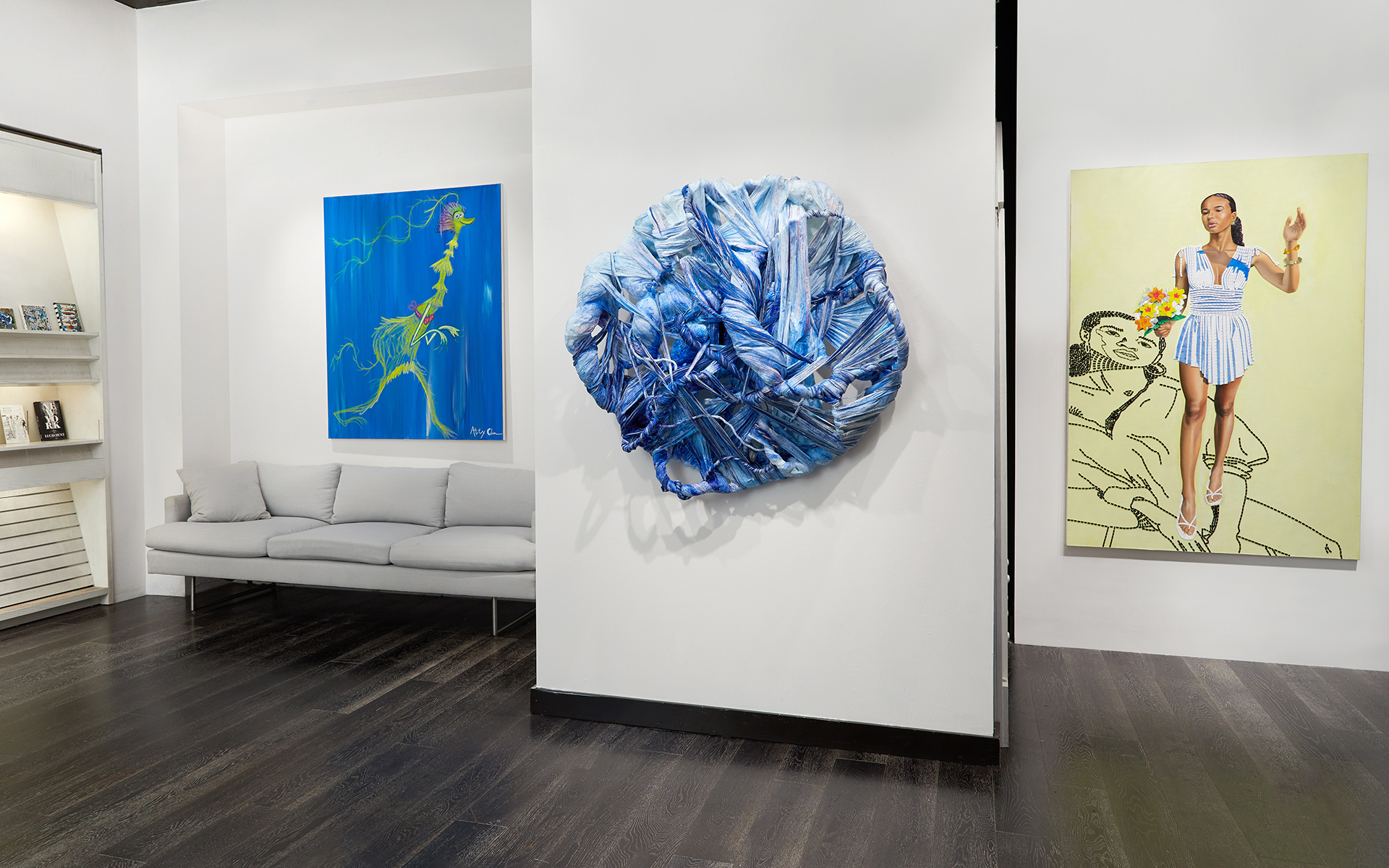 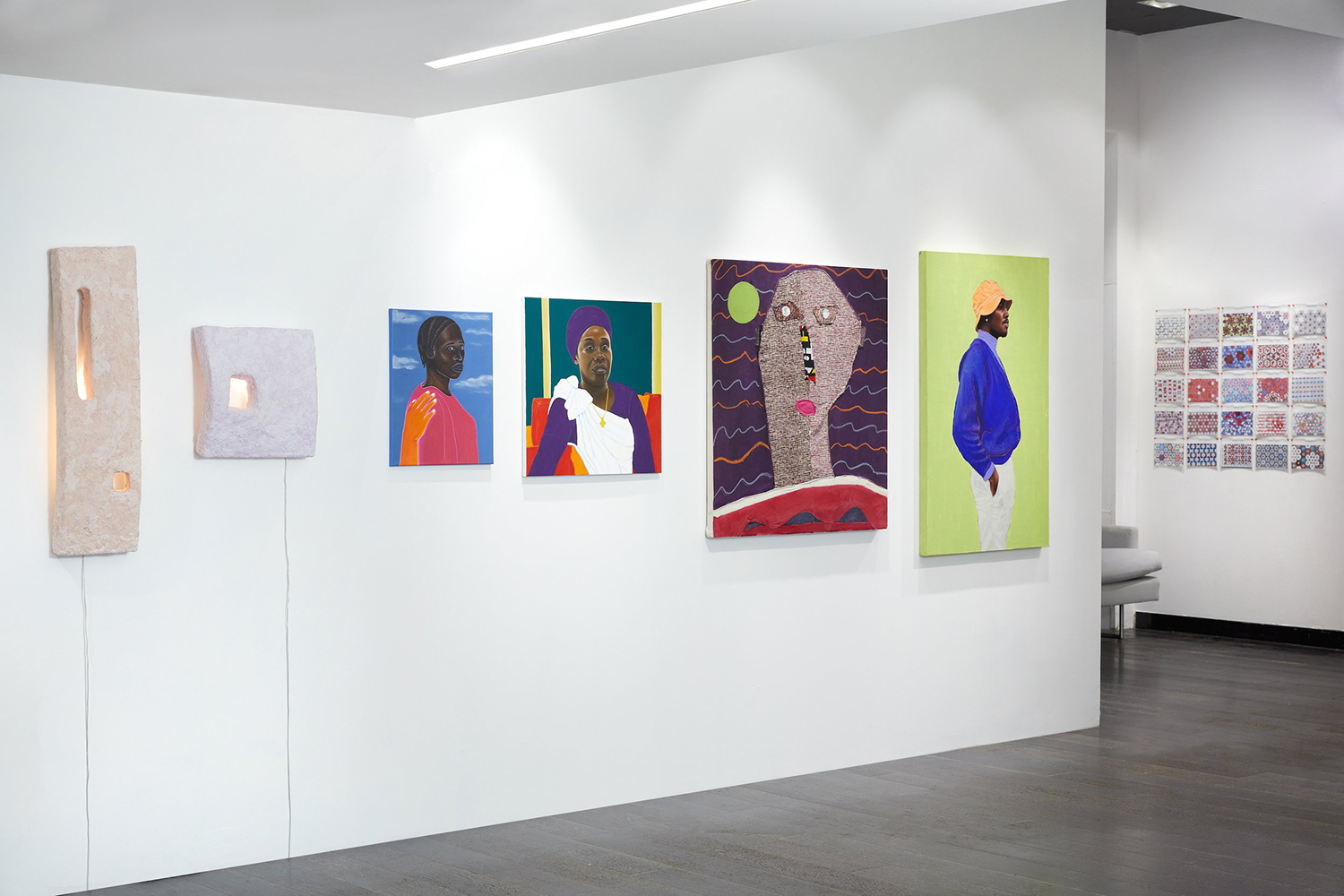 A selection of artworks on view at "Welcome Back." Photo: Courtesy of NYC Culture Club 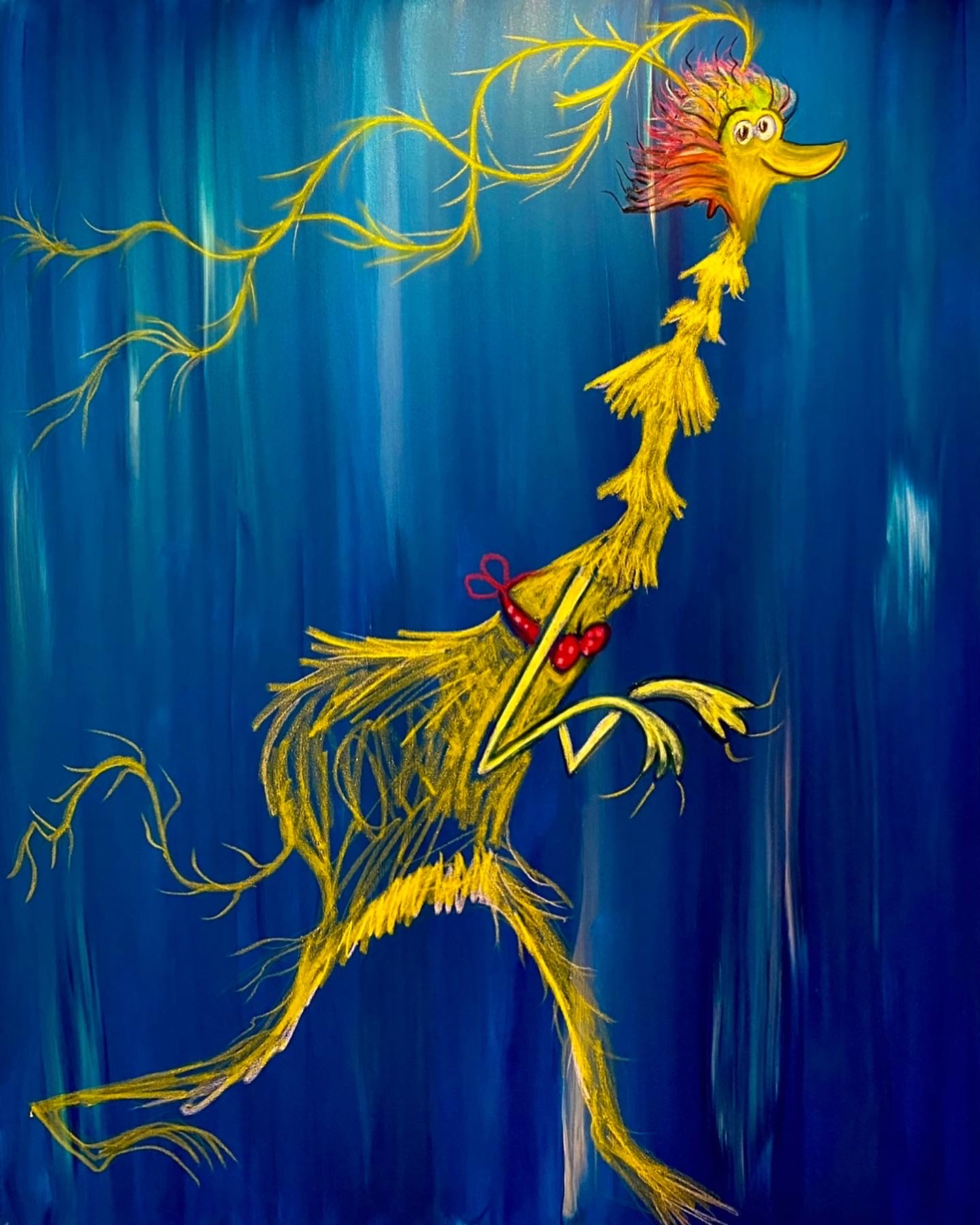 Alex Cohen, The Coolest Girl In The Grade, 2022, acrylic and oil pastel on canvas. Photo: Courtesy of the artist

As New York City returns to life and its pre-pandemic glory, two young curators have attempted to capture its energy and spirit with an exciting new exhibition called “Welcome Back.” Brothers Clayton and Parker Calvert invited 25 up-and-coming New York artists to present their latest works in a sprawling exhibition space at the World Trade Center’s Oculus C1 level. The show is part of the curatorial duo’s non-profit platform called the NYC Culture Club, a partnership with the Westfield World Trade Center, which is now in its second year. “The arts are always at the center of life here, and art has defined the cultural legacy of New York for years. This show is an invitation to experience the vibrant local art scene of New York City,” the brothers said. Don’t miss works by rising stars Alex Cohen and Chellis Baird as well as more established talents such as Anna Weyant and Maryam Turkey, on view through August 28. The last two years saw a great upheaval for artists and the brothers are keen to remedy that, supporting young artists and giving them a space to show and sell works. “While the majority of established artists were fine during the pandemic, the smaller ones suffered,” Clayton Calvert told Galerie. “NYC Culture Club does not take any commission on sales from our participants, and in this show, artists keep 100 percent of the proceeds.” He adds: “We are establishing a long term community of artists, collectors, and partners that we believe will help artists for years to come.” —Lucy Rees 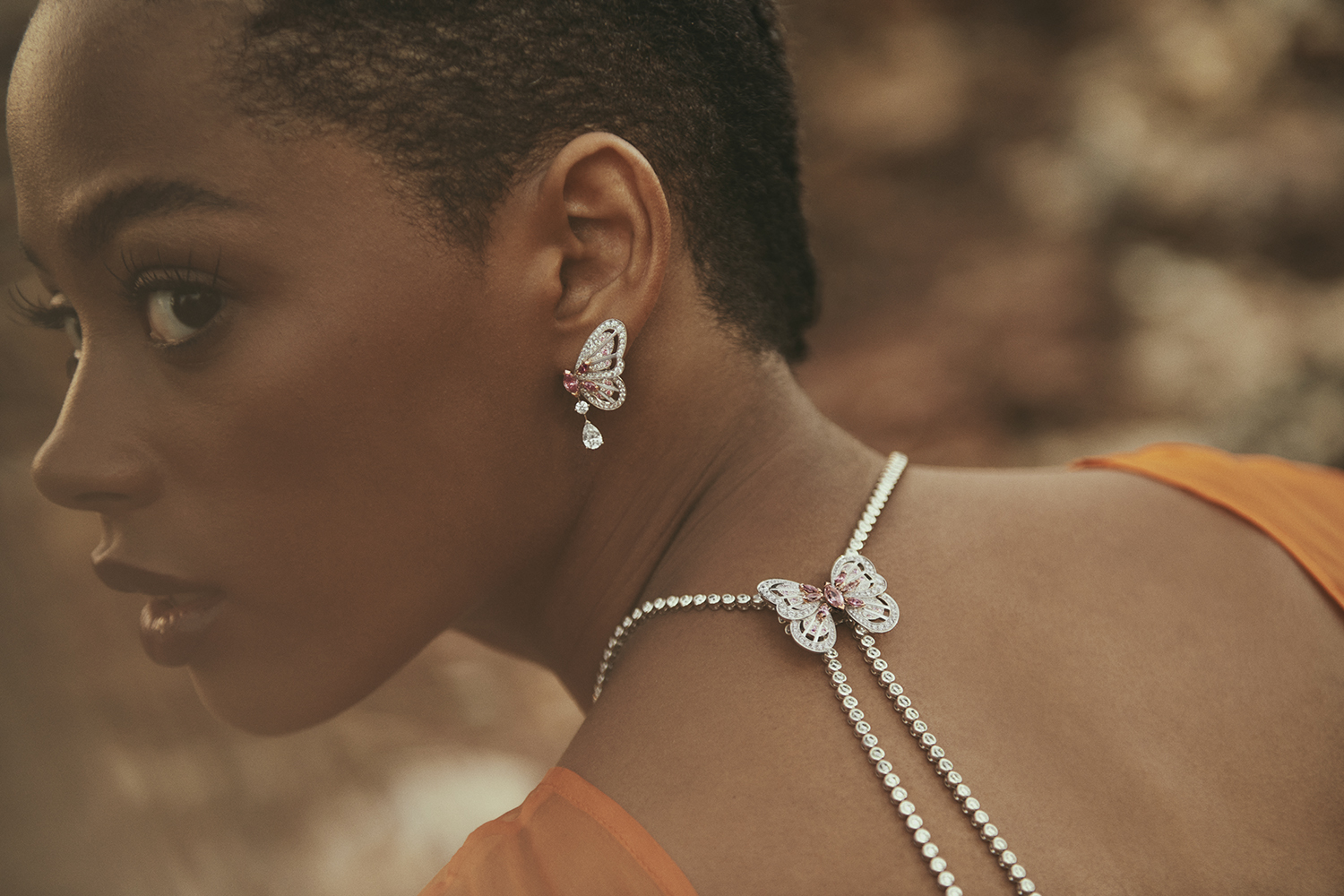 Long a symbol of transformation, butterflies are intrinsically linked to nature, acting as important pollinators for flowers and plants. Famed London diamond company De Beers has been inspired by the delicate creature for two dazzling new jewelry collections. With a precise openwork design and an assortment of shimmering rare diamonds, the pieces capture the feeling of a butterfly gently hovering on the body, as though they could fly away at any moment. As is signature of the house, there are many detachable elements that allow the wearer to transform the piece for different occasions and moods. Take, for example, the stunning butterfly brooch in all-white diamonds that can be worn as a standalone piece but can also be clipped onto the 19.20-carat white diamond necklace. “Every piece in the Portraits of Nature collection is an ethereal expression of the wearer’s ever-evolving personal journey,” says Céline Assimon, CEO of De Beers. The launch of the new collection also marks the 20th anniversary of the Diamond Route, 500,000 acres of conservation land. —LR 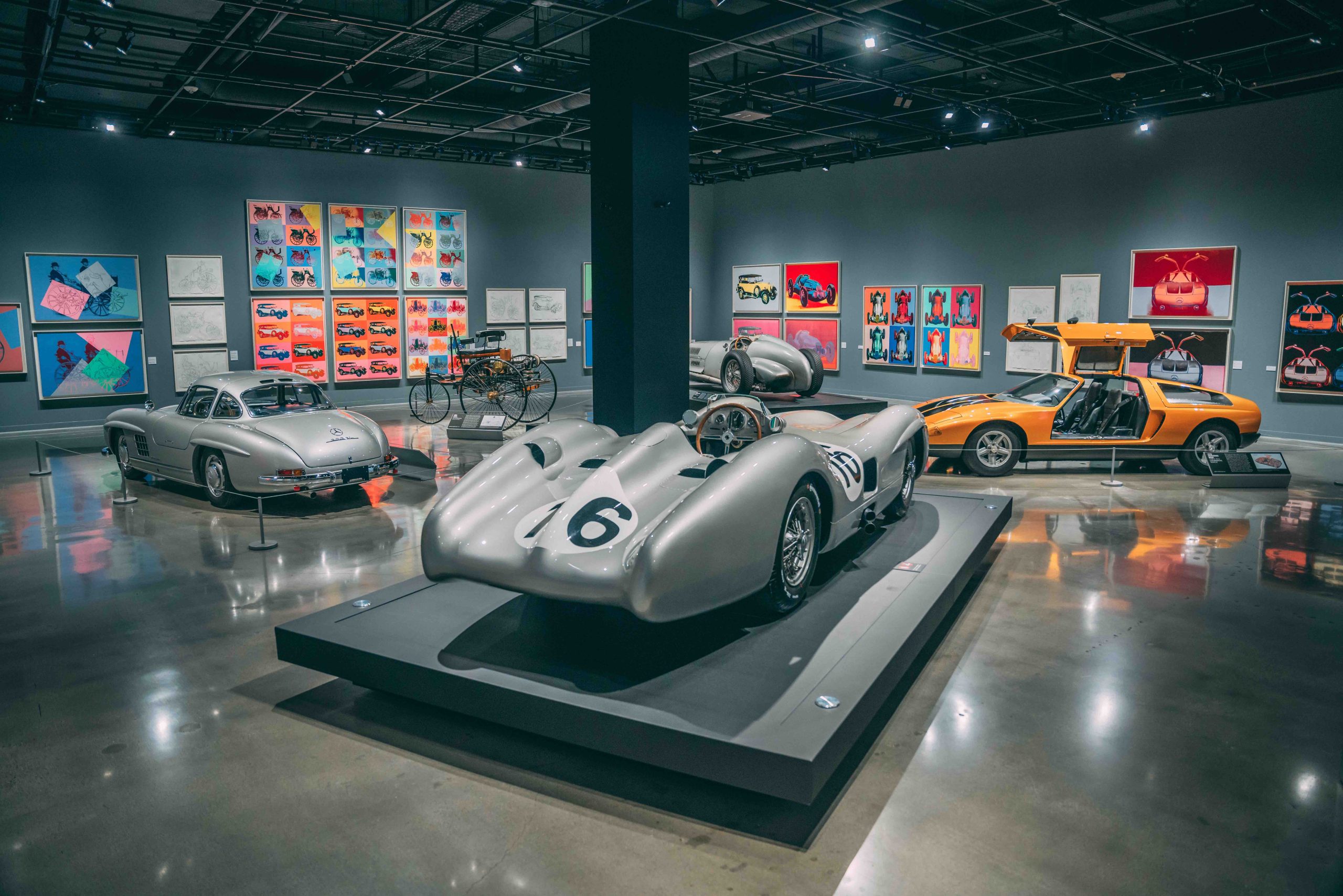 Andy Warhol transformed everything from soup cans to Brillo boxes into works of Pop art. Now, an exhibition in Los Angeles is focusing on his Cars series, presented alongside five of the rare and exceptionably valuable autos depicted on the artist’s canvases. In 1986, Mercedes-Benz commissioned Warhol to create 80 works to celebrate the automaker’s 100th anniversary, but only 49 pieces capturing eight of the 20 chosen models were completed before the artist’s untimely death the following year. Not seen in the U.S. for more than three decades, the silkscreens and drawings are currently on view at the Peterson Automotive Museum alongside the actual cars, including the powerful 1937 Mercedes-Benz W 125 Grand Prix racer, 1954 300 SL Gullwing Coupe, and two-time world championship winning W196R Formula 1 Grand Prix car. “Andy Warhol was an iconic and influential figure that pioneered Pop art and culture,” Petersen Automotive Museum Executive Director Terry L. Karges said in a statement. “Not many have seen his automotive works, so we are excited to display them to the public alongside the unique vehicles that inspired his creative visions. It is an exclusive exhibit that appeals to both admirers of fine art and amazing automobiles.” Visitors to the museum will also have the opportunity to see Warhol’s own 1974 Rolls-Royce Silver Shadow. —Jill Sieracki 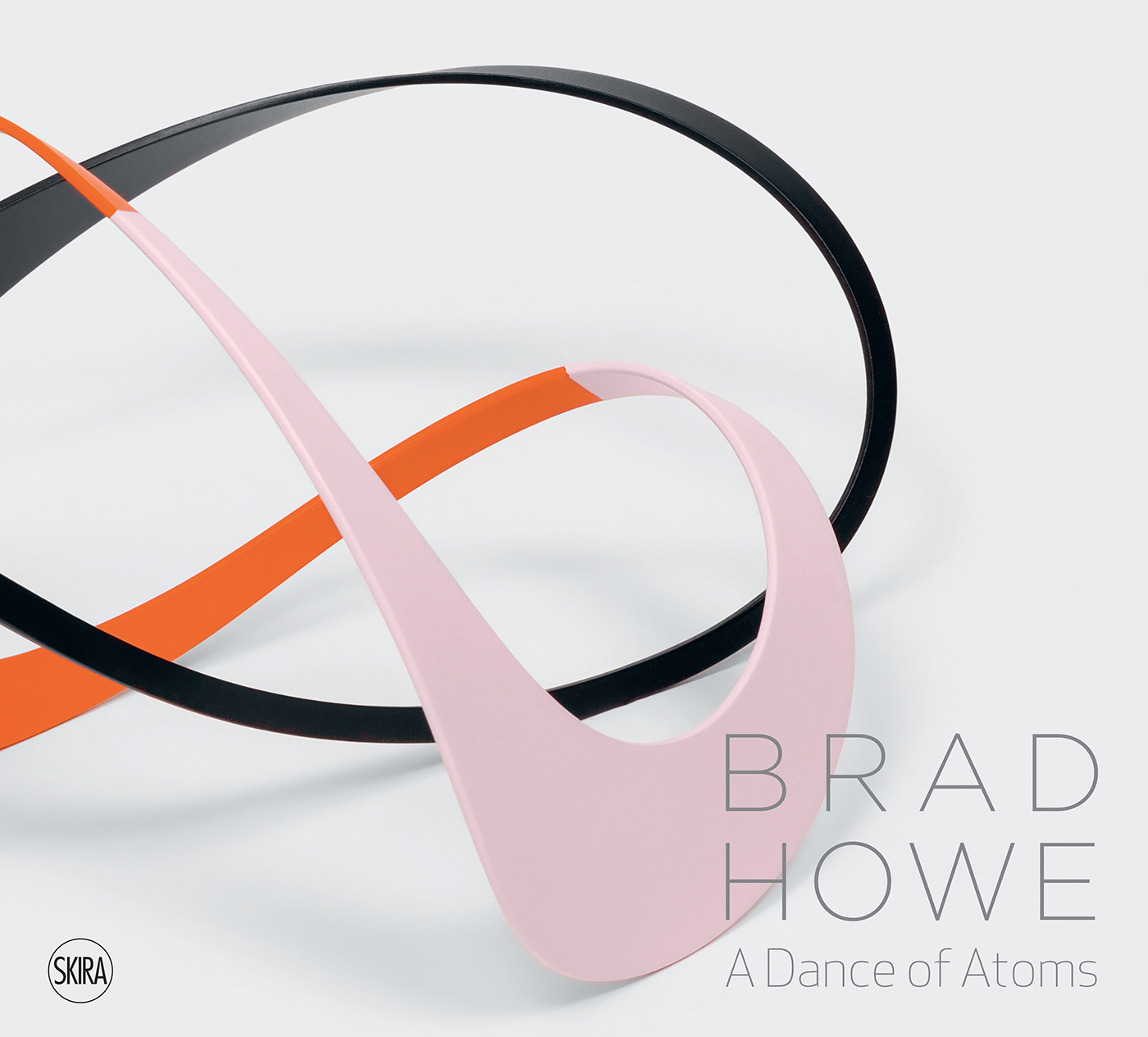 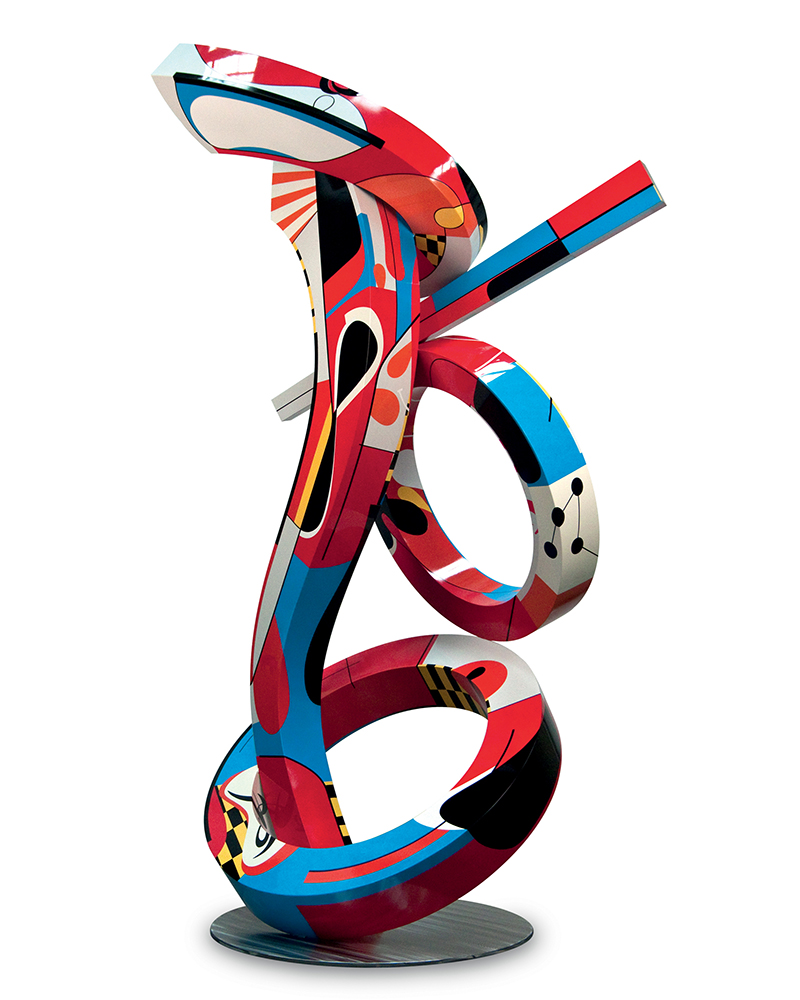 In a long-awaited survey of Brad Howe‘s work, Italian publishing house Skira unveils its new title Brad Howe: A Dance of Atoms, out in August. Born in 1959, the California artist rose to prominence after attending school in São Paulo, Brazil, where he discovered his passion for architecture and design. Best known for his large-scale sculptural works which are made from a mix of materials including stainless steel and aluminum, Howe’s pieces and exhibitions challenge the rigid form through his use of shape and color. Throughout his artistic career, Howe has exhibited across the world, from South Korea to the United States, and his work can be found in both public and private collections. Featuring photographs of both large and small scale pieces, this project examines themes that are constantly appearing and evolving within Howe’s work. “This book can be viewed as a symphonic arrangement of multiple parts,” Howe says about the title. “Sections, like instruments, coming together in shared time, each instrument group playing different parts, creating a complex journey of rhythms and textures, functioning as a collective, contingent on each other, at times harmonious, resonant or dissonant.” —Shelby Black 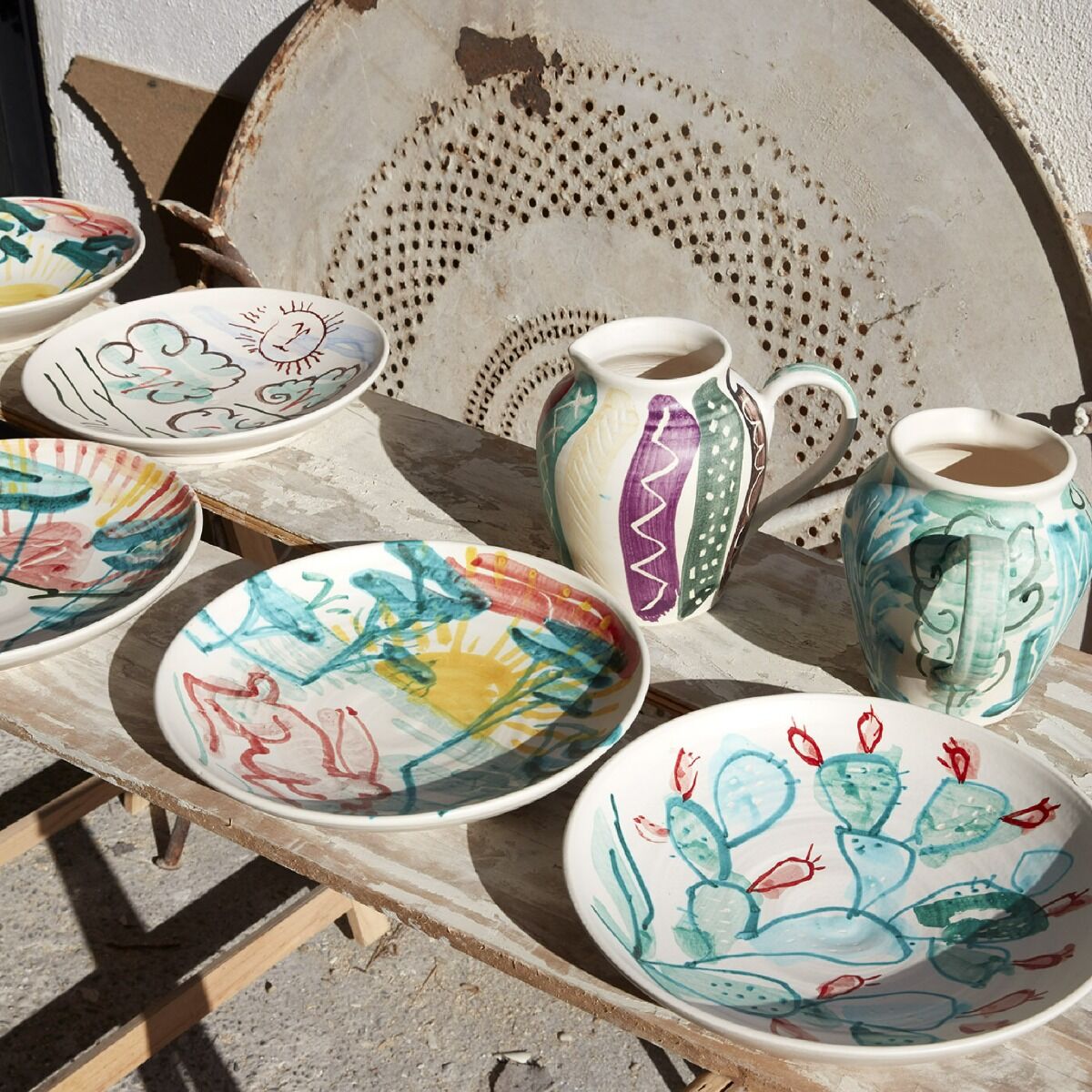 Artists have long been inspired by summer along the Mediterranean coast with its dazzling vistas and lush vegetation. For its Artist’s Palette and Summer Essentials collections, Diptyque has tapped into that painterly magic by enlisting French artist Matthieu Cossé to illustrate a wide range of products from ceramic bowls and pitchers to hair mist and candles. “In my work, I like to start simple,” says Cossé. “When deciding how to represent the atmosphere of the region, and the scents of products, I chose to use a freehand watercolor wash technique, with a few bright, natural colors, to create a purposefully naive yet easily recognizable image of the plants found throughout Provence, Greece, and Italy.” His figurative watercolors of cacti, prickly pear, and olive groves give the pieces an irresistible sense of whimsy that feels just right for the season. —Jacqueline Terrebonne 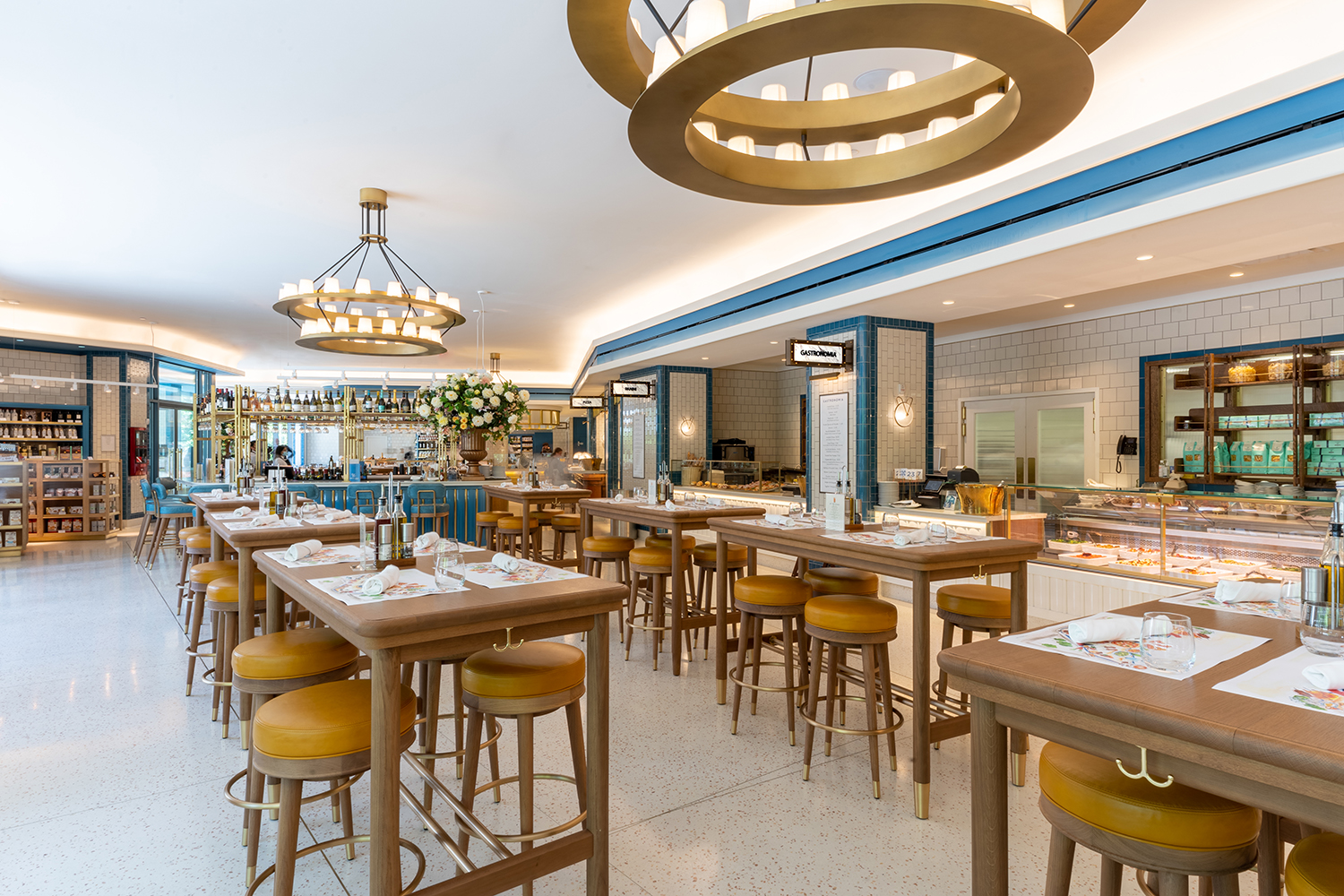 New York institution Cipriani has debuted its new culinary concept, Harry’s Table, at the luxury Upper West Side development Waterline Square. Designed by Martin Brudnizki, one of Galerie’s Creative Minds, the dining experience represents the Cipriani family’s first foray into a market-style destination and mimics old-school Italian street life with a butcher, a cheese counter, fish monger, coffee bar by Lavazza, and a full-service restaurant called Bellini. To transform the 28,000-square-foot space, Brudnizki deployed a slate of simple yet classic materials such as timber, terrazzo, tile, and terracotta. “Our goal is to create a kitchen away from home for residents and the neighborhood, as well as an interesting and fun destination for visitors. It is really exciting to be a part of GID’s innovative vision for this unique and vibrant residential neighborhood,” said CEO Giuseppe Cipriani. –Geoffrey Montes