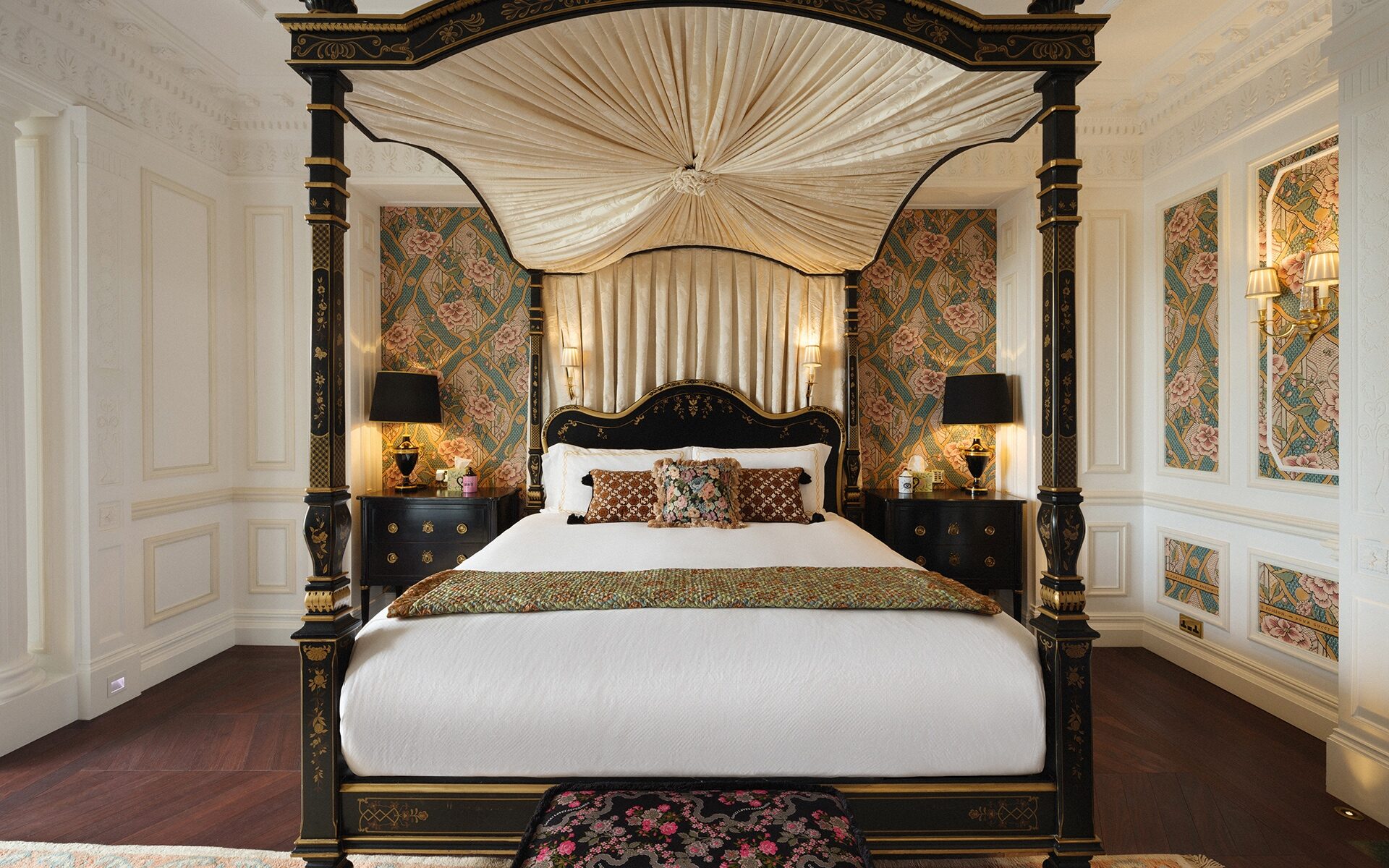 The Royal Suite by Gucci at the Savoy in London.
Photo: Courtesy of The Savoy 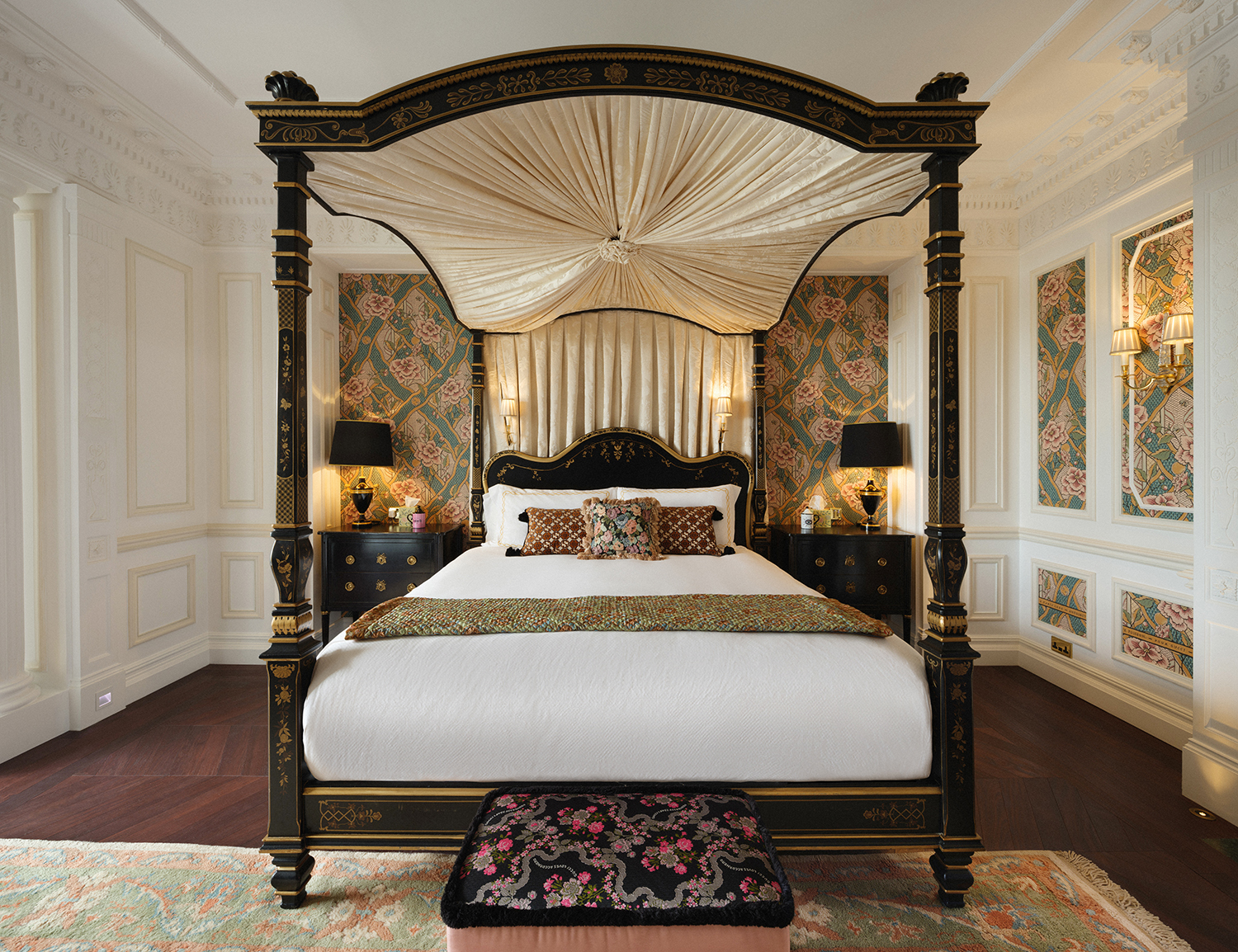 The Royal Suite by Gucci at the Savoy in London. Photo: Courtesy of The Savoy

1. The Royal Suite by Gucci

Long before he was the founder of a famous fashion atelier, Guccio Gucci was a porter at London’s Savoy Hotel. Now, as Gucci’s namesake label celebrates its centennial, it is revisiting this landmark part of its history, reimagining the hotel’s Royal Suite, an exquisite retreat spanning the entire fifth-floor and overlooking the Thames River. Furniture and decorative accessories from the Gucci Décor collection have been brought together with carefully selected art and antiquities from Christie’s, all of which are available for purchase. Guests staying in the 2,800-square-foot Royal Suite will enjoy private butler service, complimentary breakfast and evening aperitif, a signature Gucci x Savoy gift and bottle of Louis Roederer Cristal on ice upon arrival, plus a ride in the hotel’s Rolls Royce to Gucci’s Sloane Street flagship for a VIP shopping experience.—Jill Sieracki 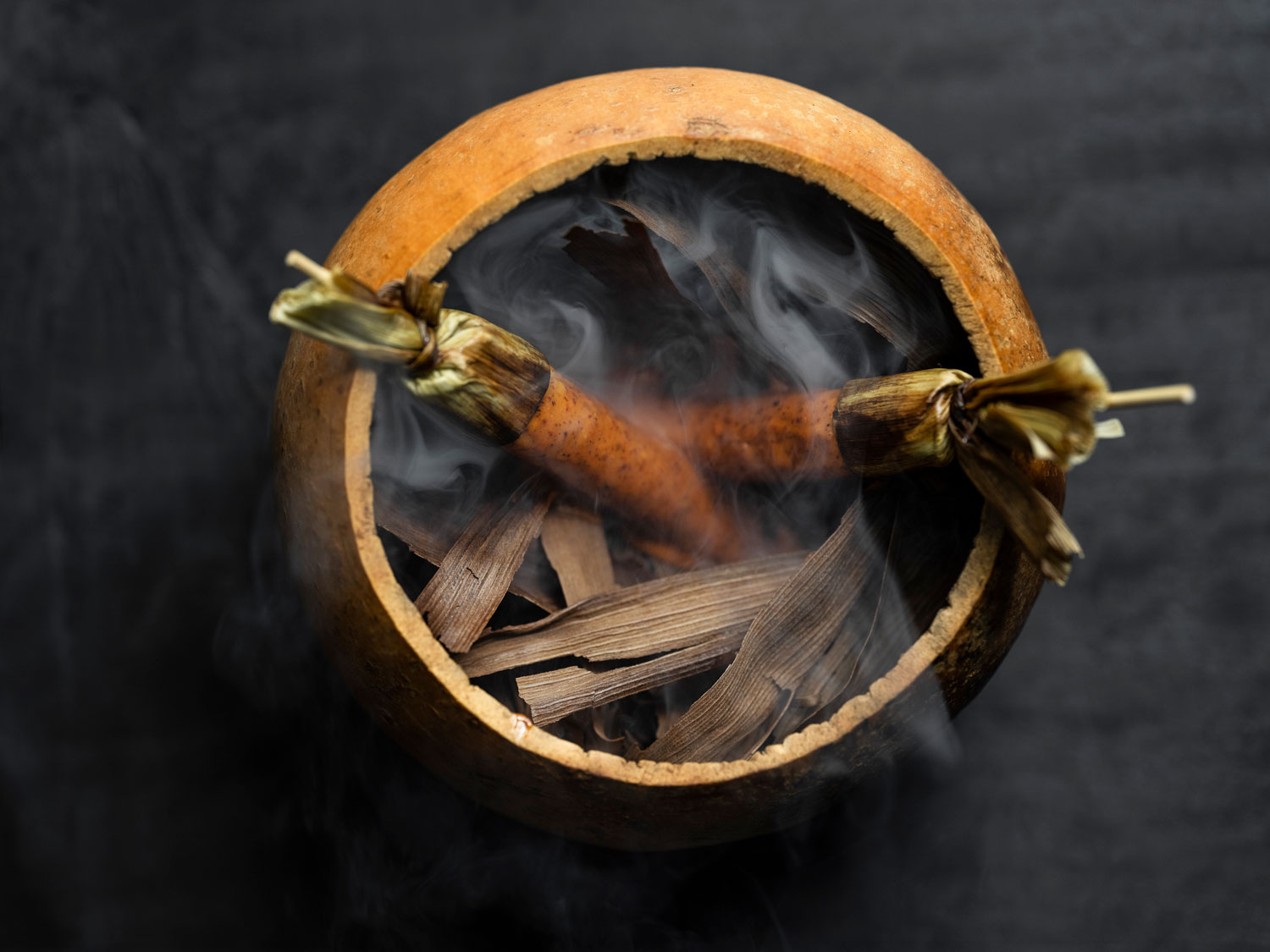 Consistently named one of the World’s 50 Best Restaurants, the popular Mexico City eatery Pujol, owned by Chef Enrique Olvera, will make its way to the West Coast. The highly anticipated pop-up will takeover Chef Olvera’s Damian restaurant for two nights only on December 30 and December 31. Known for signature ingredients such as mole aged for 2,500 days and chicatana ant mayonnaise, Pujol will unveil a unique six-course prix fixe menu ($150 per person) crafted by Chef de Cuisine Jesus Duron. Guests dining on New Year’s Eve have the option to ring in 2022 Mexico City-style.—Stefanie Li 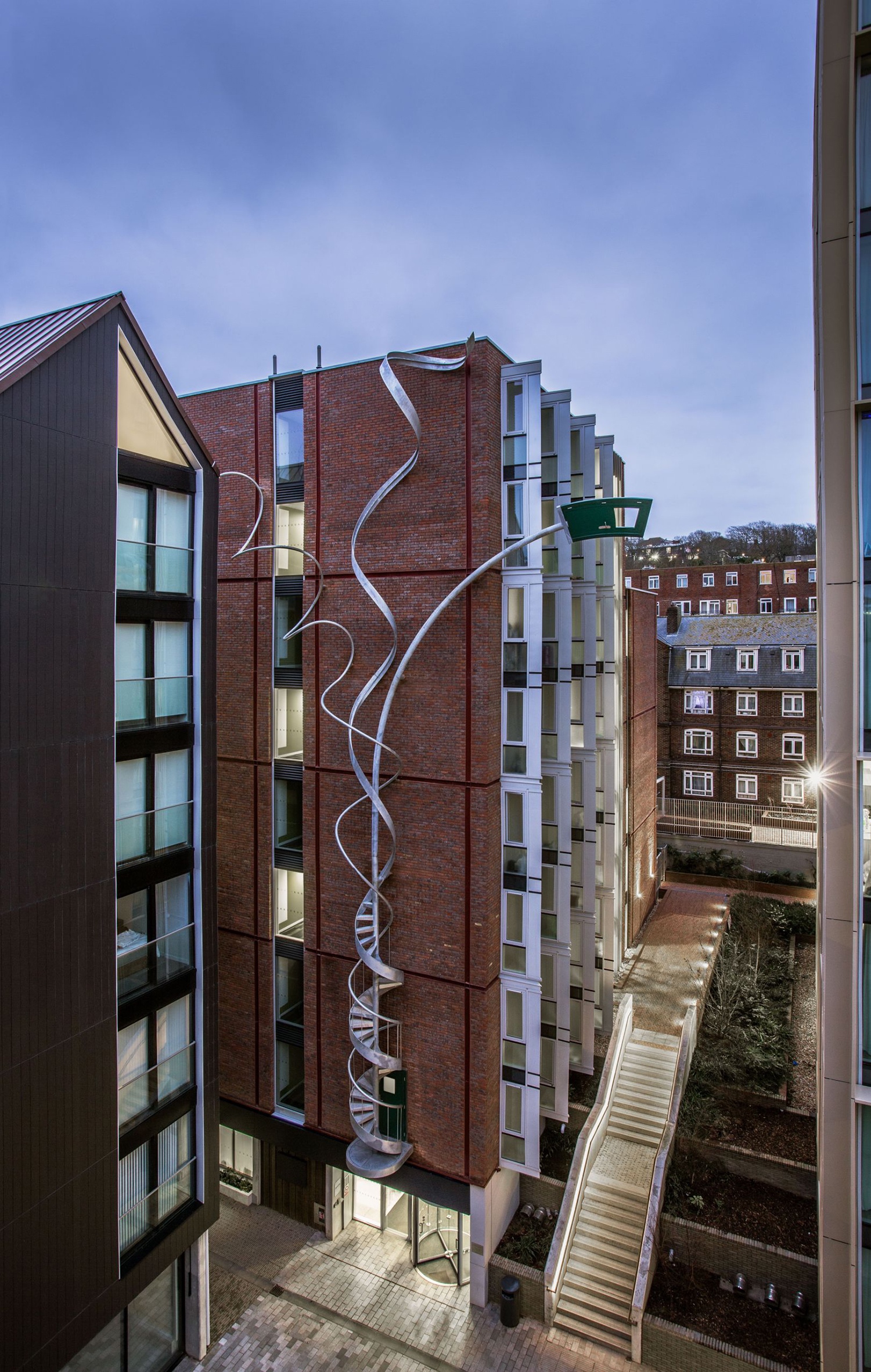 Alex Chinneck’s a Spring in Your Step. Photo: marc wilmot

Eccentric British sculptor Alex Chinneck, renowned for his large-scale feats of engineering, unveiled an ambitious new installation in the seaside English city of Brighton. Dubbed A Spring in Your Step, the towering piece clings to the side of a nine-story building, appearing as a spiral staircase at the bottom before bursting apart into a trio of galvanized-steel ribbons as it reaches the top. Weighing four tons, the 82-foot-tall work adds a theatrical air to the surrounding Circus Street neighborhood, which is in the midst of a creative redevelopment. Chinneck calls the piece, which took three years to complete, his “most complex sculpture to date.”—Geoffrey Montes 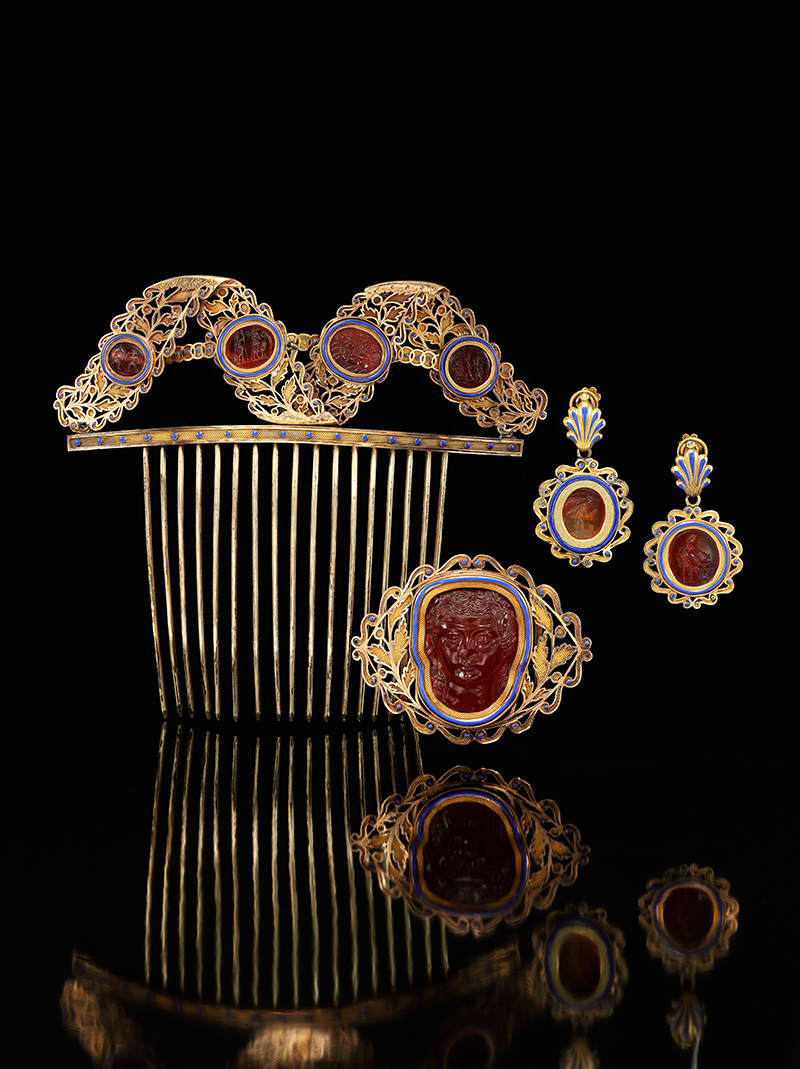 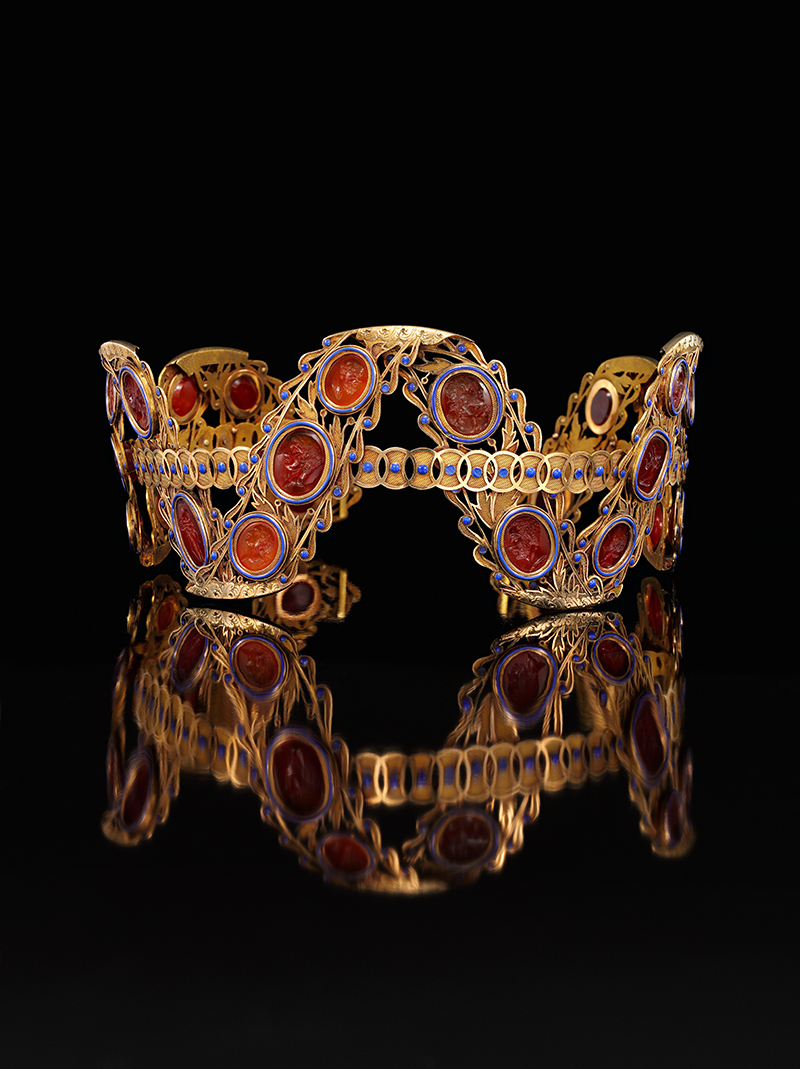 These circa-1805 adornments are believed to have belonged to Napoleon Bonaparte’s wife, Joséphine de Beauharnais, and were included in the remarkable lots of Sotheby’s Treasures auction, which recently took place in London. Among the remarkable bijoux, all from a private collection, was this diadem decorated with blue enamel and 25 carnelian intaglios, a pair of similarly decorated pendent earrings, hair comb, and belt ornament, all in their original case. Thought to have been a gift to the empress from her sister-in-law Caroline Bonaparte and previously exhibited at London’s Victoria & Albert Museum, the regal assortment sold for £450,600, far surpassing its £200,000-£300,000 pre-sale estimate.—J.S. 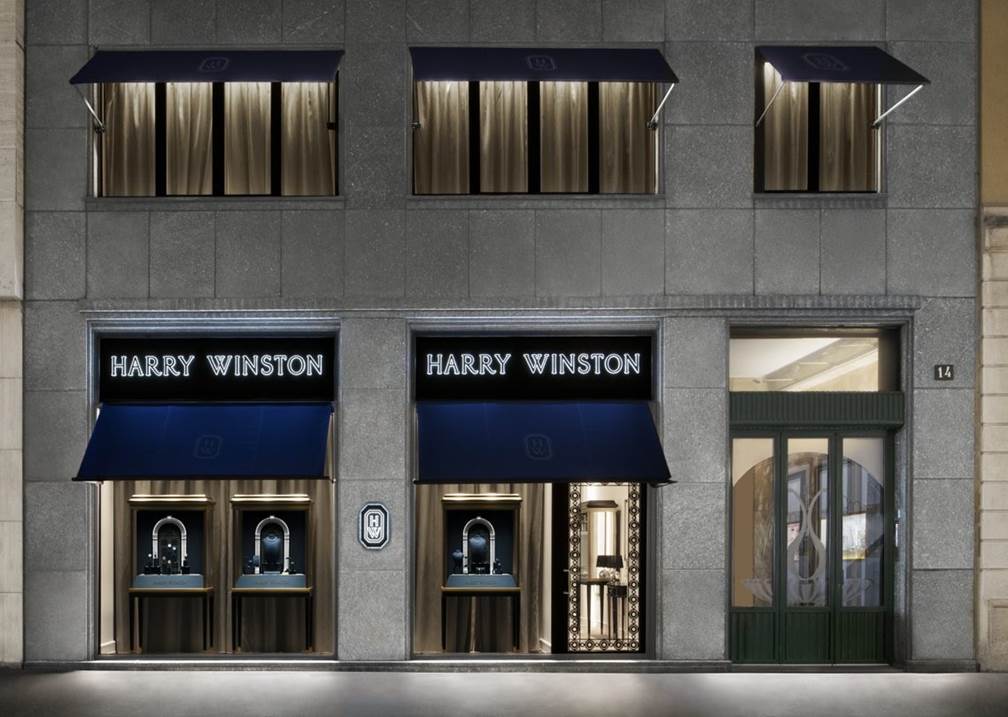 The exterior of the Harry Winston in Milan. 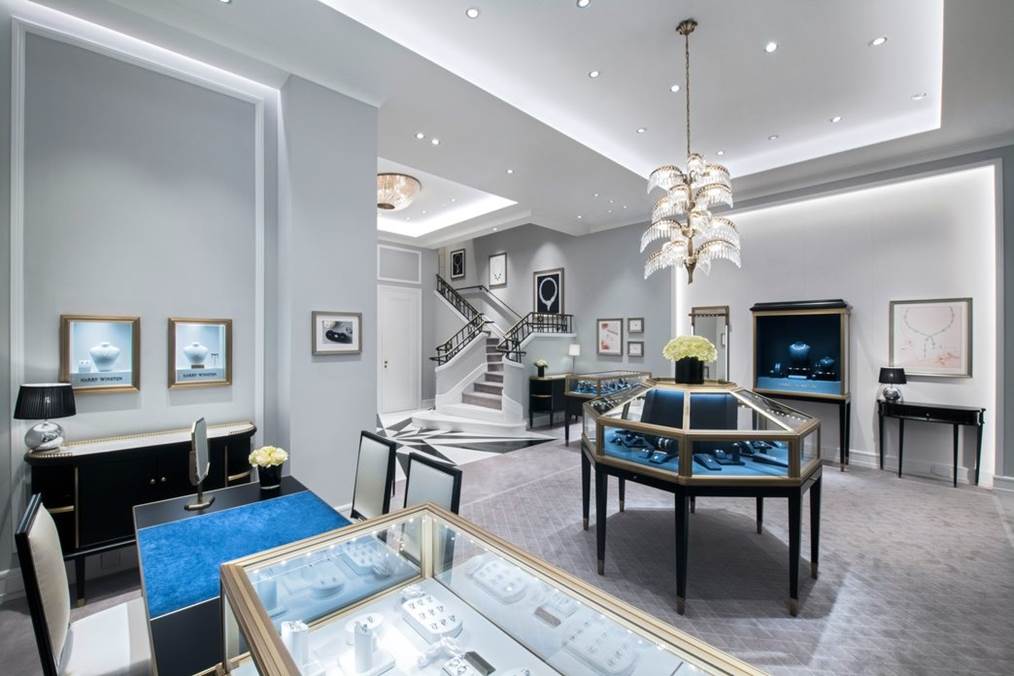 The interior of the new Milan location of Harry Winston.

Harry Winston, the legendary New York jewelry company known as “The House of Diamonds,” opened a 3,800-square-foot salon on Via Montenapoleone in Milan this week. Conjuring the elegance and beauty of a private estate, the salon creates the perfect backdrop for the exquisite jewelry and timepieces the brand is revered for. Soft grays and taupes along with lacquer, bronze accents, and antique furniture, along with crystal chandeliers and marble floors, ensure this new shopping experience will quickly become a legend in its own right.—Jacqueline Terrebonne

Cover: The Royal Suite by Gucci at the Savoy in London.
Photo: Courtesy of The Savoy
Next Post 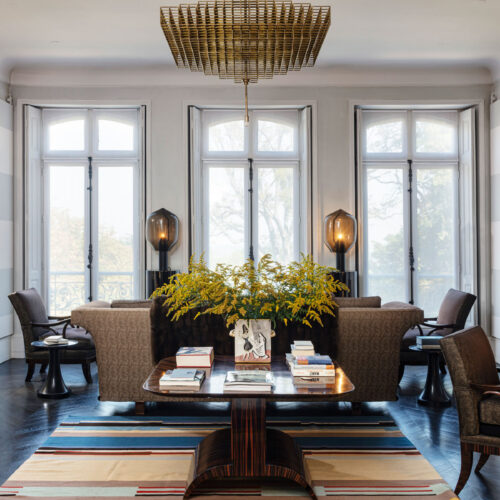 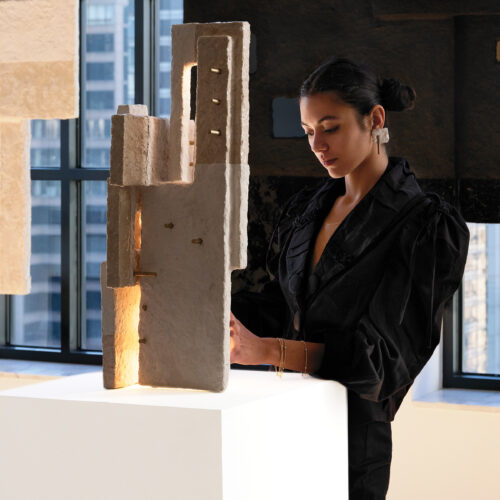 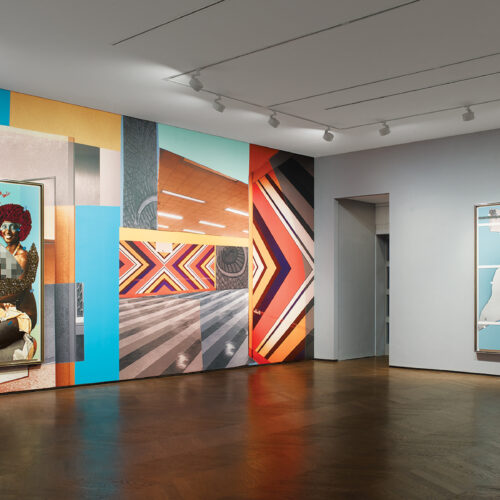