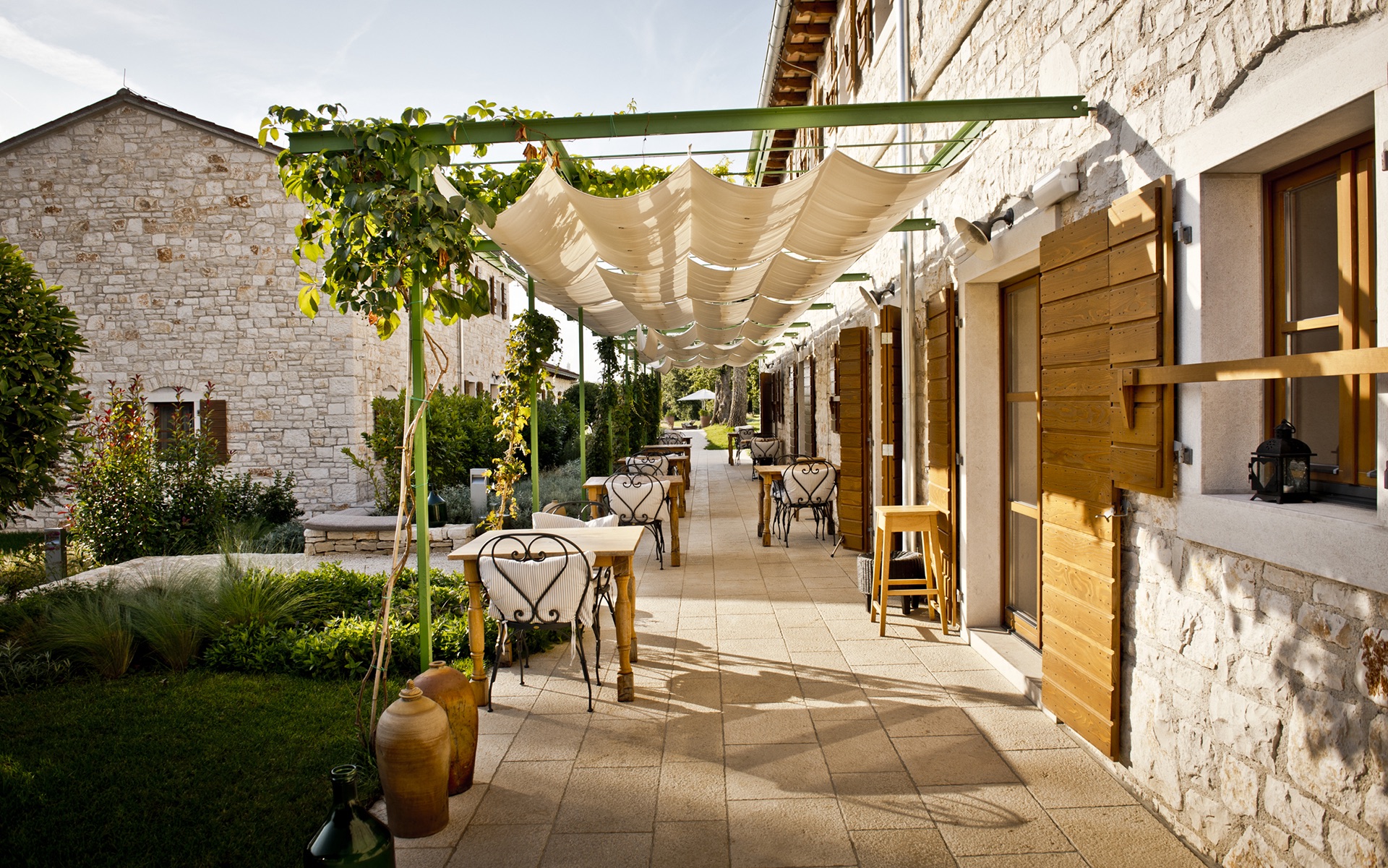 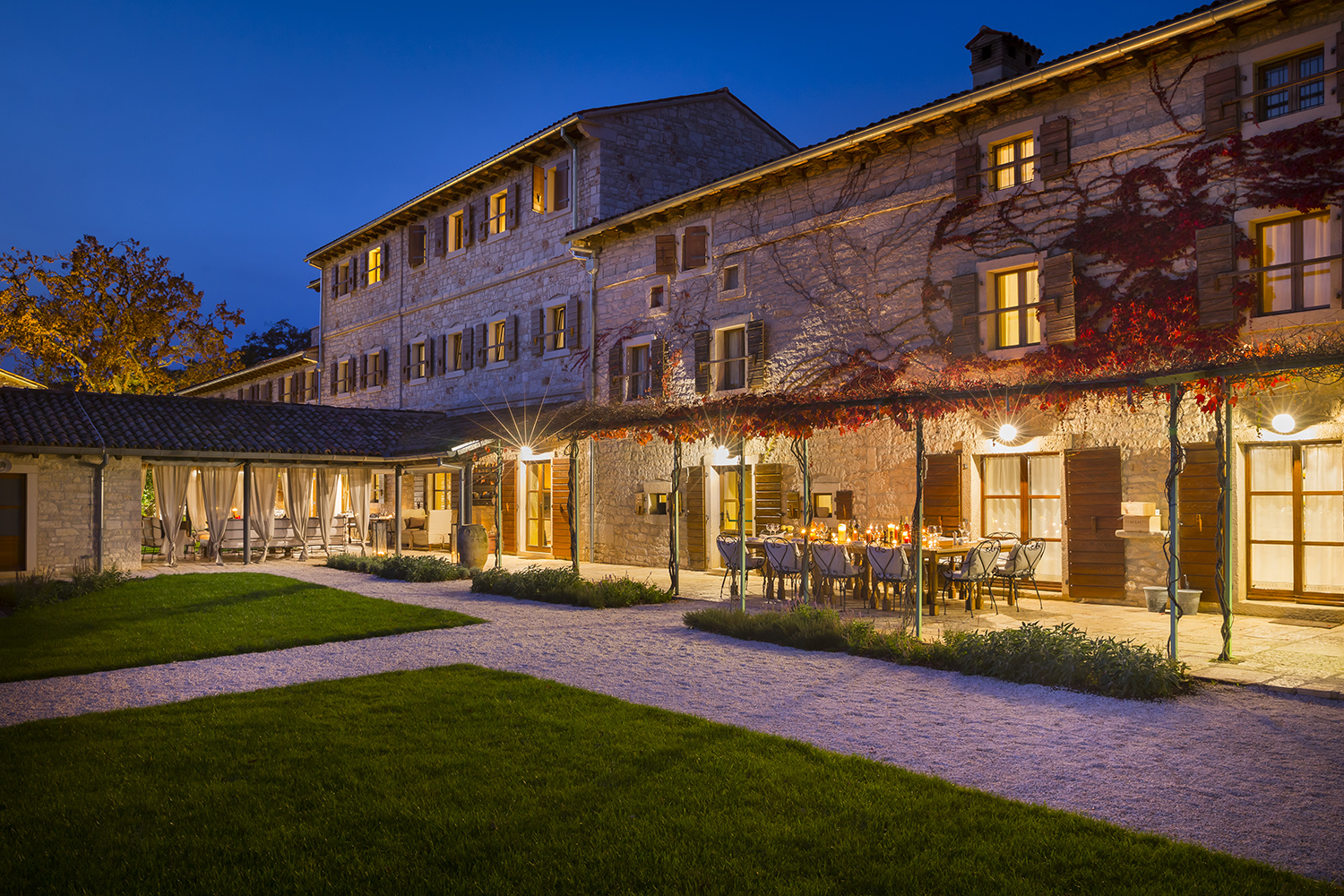 Tucked away in Croatia’s picturesque Istria County, the newly opened Meneghetti is the go-to destination for wine enthusiasts and professional sommeliers alike. Totaling 161,000 square feet, this boutique hotel features an impressive winery and complex, 40 plush rooms, a fitness center, a restaurant, and a private beach club. To honor the country’s acclaimed production of wines and olive oils, visitors can sit back and relax in the two tasting rooms available—one of which includes a VIP experience. In ode to Croatia’s distinct and traditional Roman architecture, the exterior of the hotel is made of century-old stone while the rooms embody classic design through exposed wooden beams and modern furnishings. Whether it’s enjoying waterfront views or adding to your growing wine collection, this Croatian oasis offers amenities and experiences that you can rarely find anywhere else. — Shelby Black 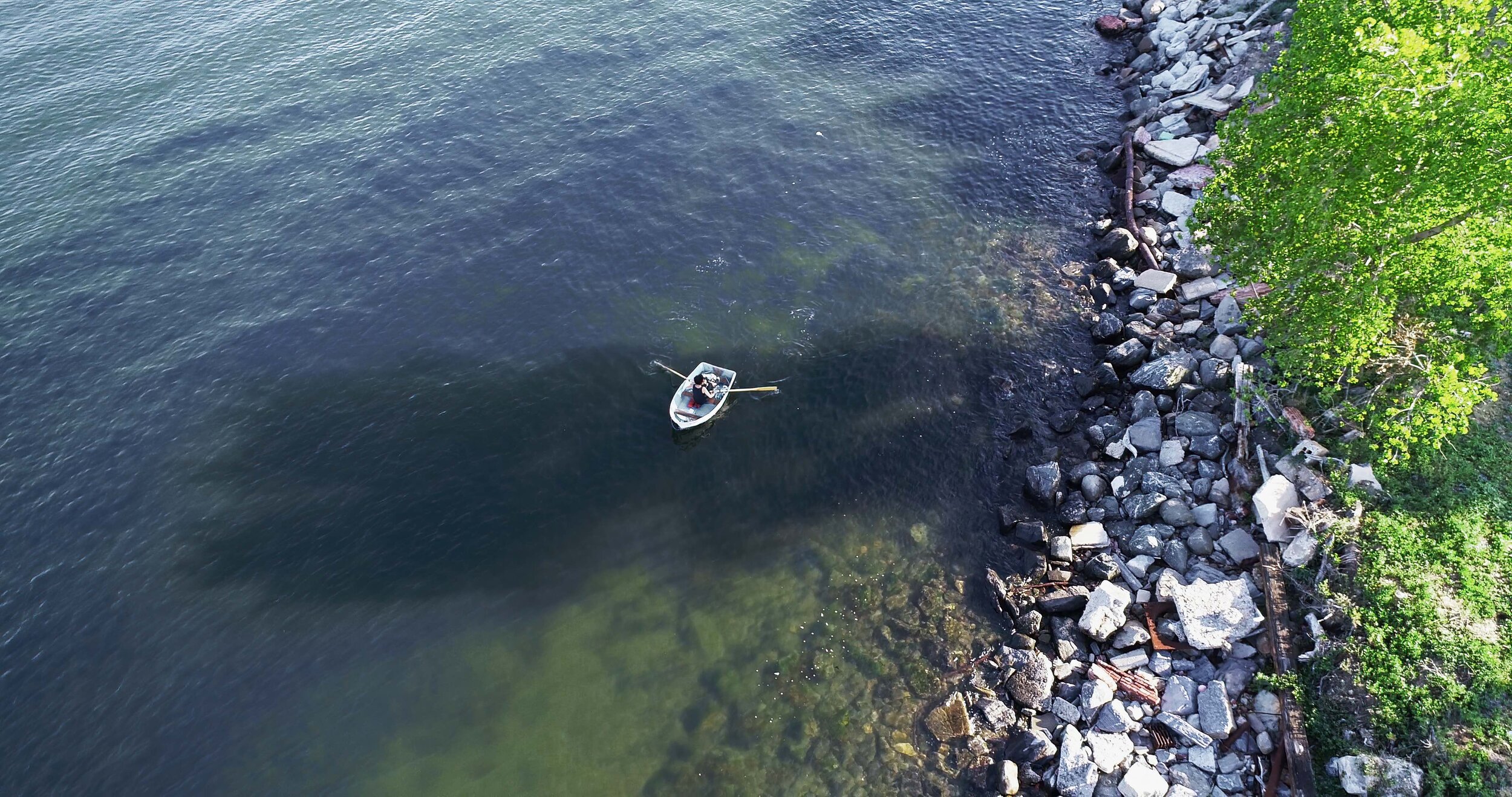 A still from Coco Fusco's "Your Eyes Will Be An Empty Word" (2021) Photo: Courtesy of the artist

2. The Whitney Biennial Returns to New York on April 6

After a yearlong delay due to COVID-19, the Whitney Biennial returns to the Whitney Museum of American Art in Manhattan. The last few editions have been a hotbed of emerging talent, but this year takes on a slightly different approach. Some 60 participants have taken over the fifth and sixth floors of the institution with conceptual, challenging, and thought-provoking works, most of them made during the tumultuous years of the pandemic. Curated by the museum’s David Breslin and Adrienne Edwards, the exhibition is titled “Quiet as It’s Kept,” a phrase that came from author Toni Morrison. It hints at the somber realities that aren’t always spoken of, and is overall a more toned down affair than usual. —Lucy Rees 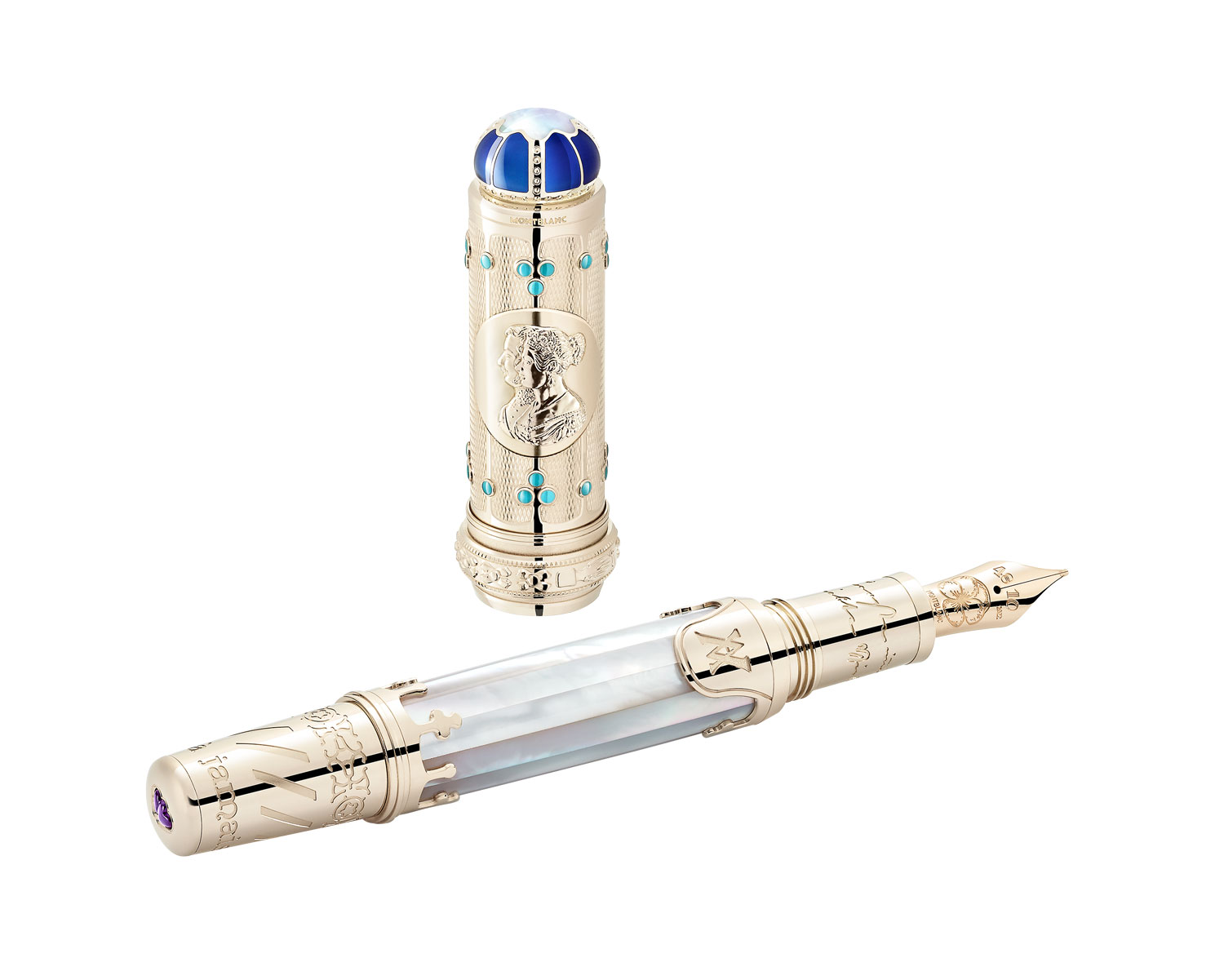 Montblanc Patron of the Art homage to Victoria & Albert limited-edition 100 fountain pen features a mother-of-pearl barrel, engravings that honor the couple's nine children and her childhood bedroom at Kensington Palace, and an amethyst shaped like entwined hearts. Photo: Courtesy of Montblanc 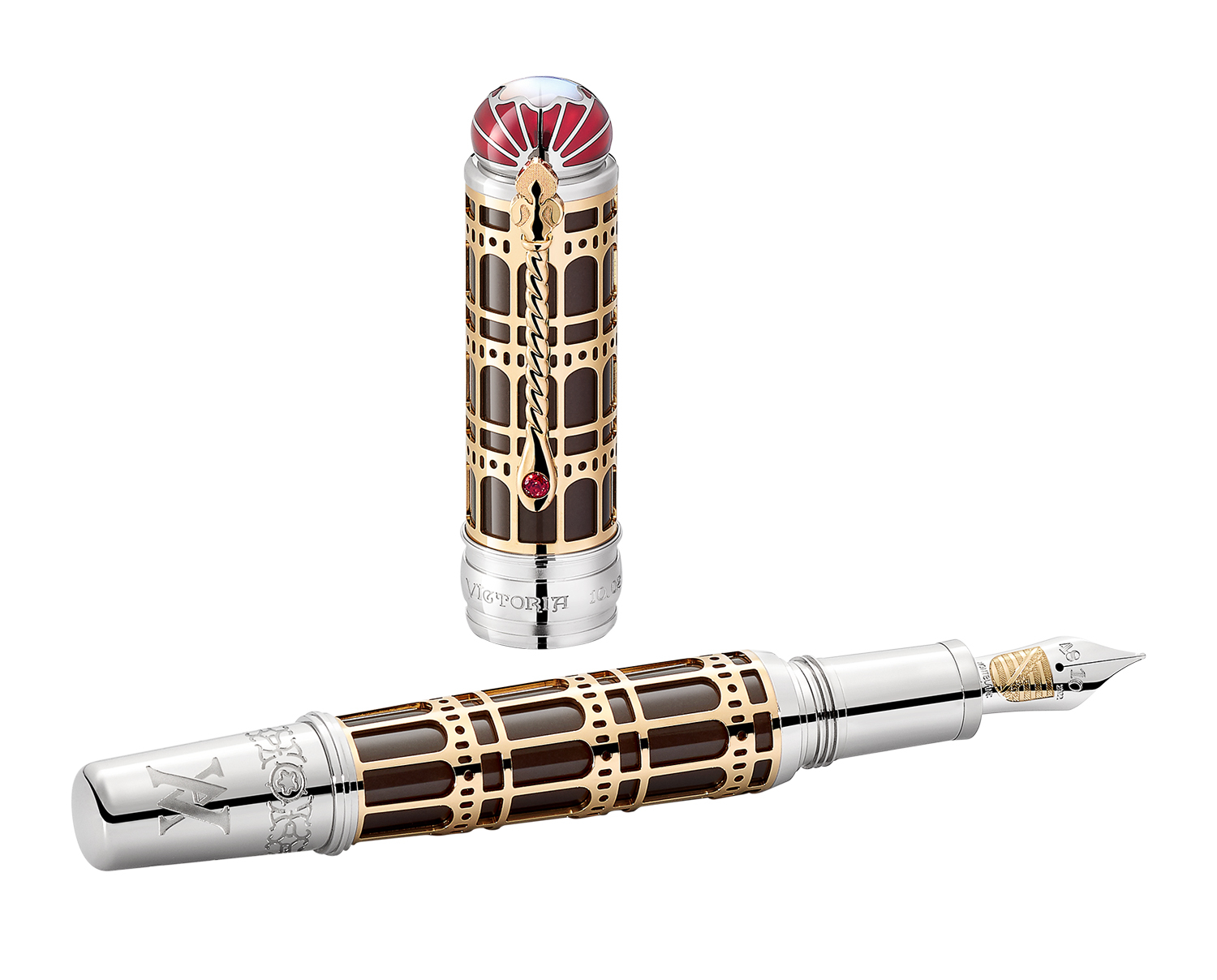 Montblanc Patron of the Art homage to Victoria & Albert limited edition 888 is engraved with the couple's name and wedding date, a dome-shaped cap and champagne-colored gold overlay inspired by the Crystal Palace, and a gray lacquer that nods to the tartan he designed for Balmoral Castle in Scotland. Photo: Courtesy of Montblanc

Each year for the past three decades, Montblanc has introduced a truly remarkable writing instrument to celebrate a renowned figure in the art world. Over the years, the luxury brand’s Patrons of the Arts pens have honored such luminaries as Peggy Guggenheim, Henry E. Steinway, and Sir Henry Tate. This year—the collection’s final iteration—the newly issued limited-edition pieces will pay homage to Victoria and Albert, the Queen of the United Kingdom and Prince Consort, and the founders of cultural institutions such as the Victoria and Albert Museum and the Royal Albert Hall. For these eight exceptional designs, Montblanc artisans combined jewel-colored lacquer, gemstones, rose gold, and a Montblanc emblem in precious resin with thoughtful details, like a colorway celebrating Albert’s tartan for Balmoral Castle, a clip shaped like Victoria’s scepter, or historically significant engravings such as the couple’s wedding date, coat of arms of Saxony, or the monogram of the monarch.—Jill Sieracki 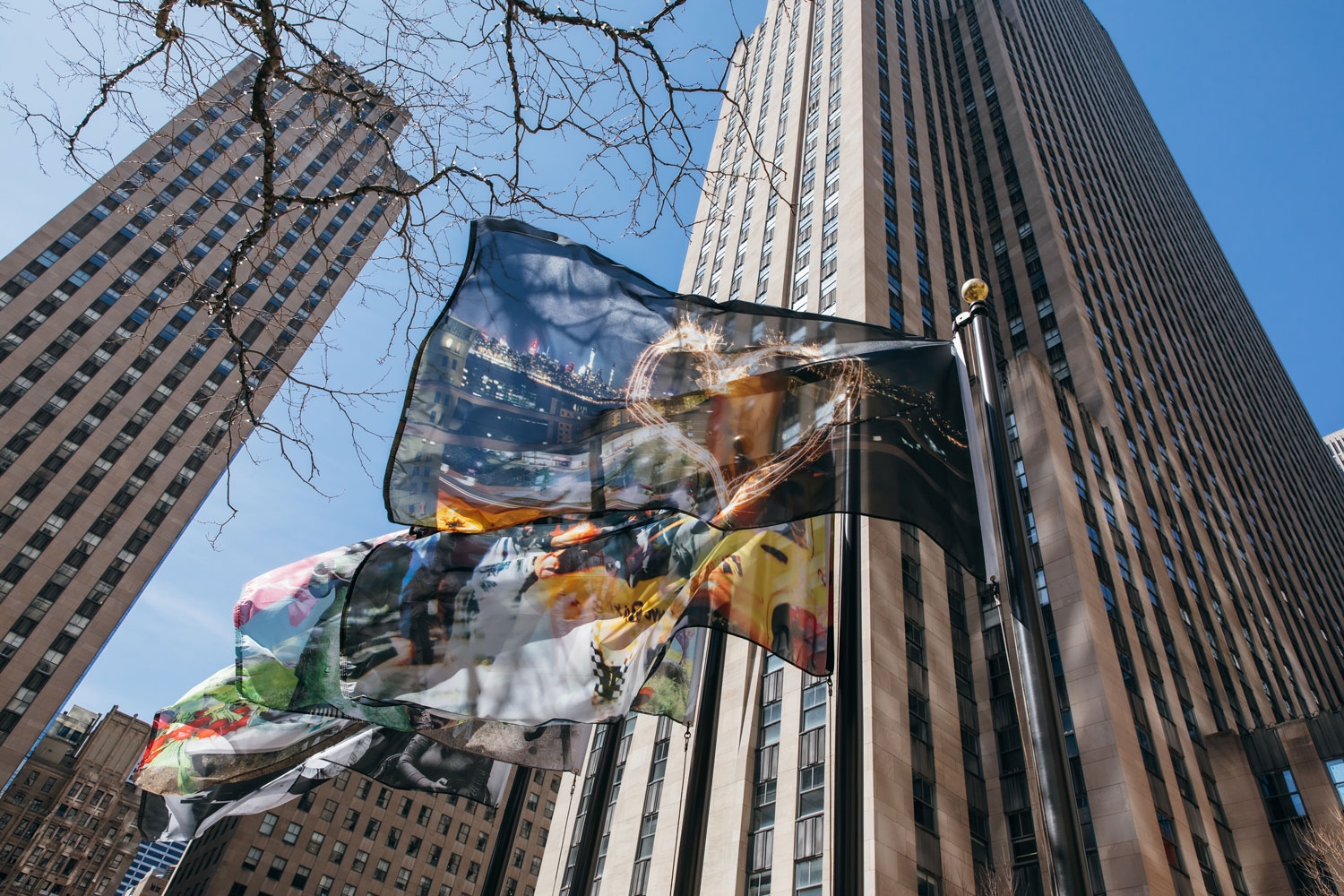 A sea of 193 striking flags are dotted throughout New York’s iconic Rockefeller Center for the third annual installation of The Flag Project, which was erected last Friday. An impressive roster of influential photographers—among them Elliot Erwitt, Tyler Mitchell, and Ryan McGinley—have participated in years past, and this year the local community was encouraged to submit designs in a call to climate action. The United Nations Environment Program (UNEP) and the Climate Museum selected winning designs for the biodegradable flags celebrating the theme, “Only One Earth.” The public art project will be on view at Rockefeller Center in Manhattan until May 6. —Stefanie Li

Evoking the sinuous sand dunes of the Arabian desert, the new headquarters for green-energy consulting firm BEEAH Group has been completed in the United Arab Emirates. The sustainable design comes from the visionary mind of late Pritzker Prize–winning architect Zaha Hadid, whose namesake firm won a 2013 international design competition that stipulated the new building have net-zero emissions and be integrated with next-generation technologies. Located in the burgeoning city of Sharjah, the 97,000-square-foot structure is one of the last designed by Hadid, who passed away suddenly in 2016. Featuring the Iraqi-British architect’s signature curves, the oasis-like structure is also equipped with on-site water filtration systems, a solar farm, natural ventilation, local materials, and glass-reinforced fibre panels that reduce solar gain. —Geoffrey Montes