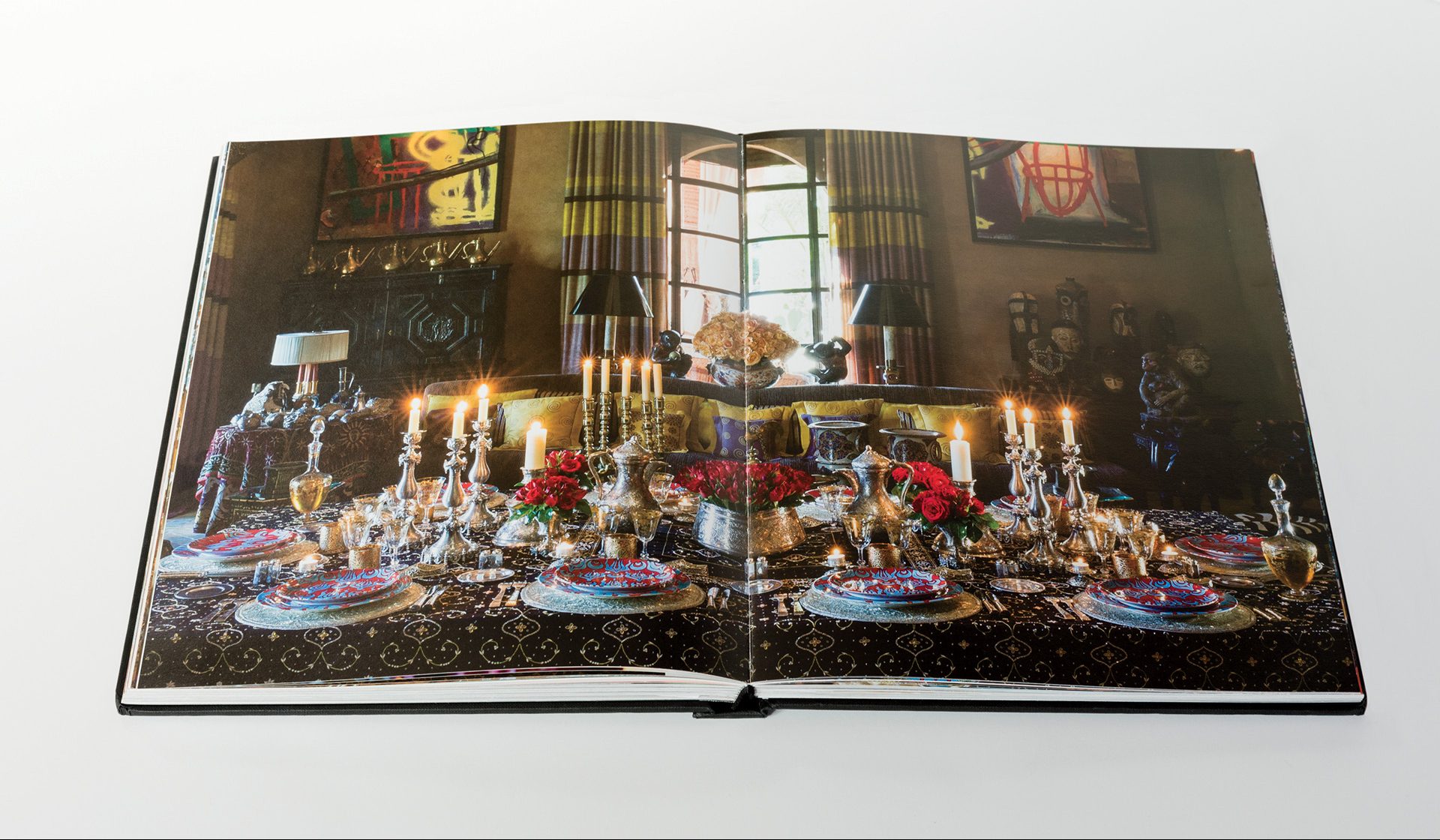 With subjects ranging from Paola Navone to Picasso, these new books make the perfect gifts

Dinner parties are never just about eating, but rather a social affair characterized by the people, the conversation, the surroundings, and yes, the food. Paul Nicoli’s new book, Un art de l’éphémère—the art of the ephemeral—is a love letter to the art of table setting; Princess Ira von Fürstenberg’s valentine to Nicoli in her preface crowns him as France’s host extraordinaire.

Countless large photographs by Guillaume de Laubier show that a beautiful table setting doesn’t end with the plates, glasses, and cutlery. It is so much more. Nicoli approaches a table setting as an art installation—an assemblage of carefully selected decorative objects. His incredibly whimsical arrangements aren’t part of the dinner party—they are the dinner party. Nicoli describes his creative process by saying, “I array [the objects] as I see fit, like the props on a film set, ballet stage, or painting—indeed, a real still life—so that they underpin the installation and create the right atmosphere.” He also says his settings are based “on my own eclectic view of multiple spheres—precious metalwork, ceramics, indigenous art, art brut, glass, and fabrics.” His collection of quirky and luxurious objects comes from Nicoli’s world travels—to Morocco, South Africa, Iran, China, Italy, and beyond.

One particularly fantastical table included candlesticks made of bull horns found in Bangkok, Thailand, a centerpiece of carved buffalos made by local artisans in South Africa, a tablecloth with African masks from a Paris flea market, patterned plates from Marrakesh, and pink proteas in hammered copper vases. Turn the page to find an unforgettable parade of ebony African elephants marching across a jungle-inspired table. Yet another striking Nicoli creation is a foliage-theme arrangement containing palm tree fronds and wax cacti from Paris, green ceramic plates by Saïd Chood, a Moroccan artist, placed over Turkish-made silver plates, Egyptian glasses, and a hand-stitched purple tablecloth depicting cacti. Nicoli’s settings are always themed, but manage to avoid being overly kitschy, and instill a dreamlike atmosphere for a memorable gathering. (Editions du Regard, French, 40€) Going Once: 250 Years of Culture, Taste and Collecting at Christie’s

Auctions are often exclusive and mysterious events, illuminating the fascinating intersection of art and commerce. Phaidon’s new book Going Once: 250 Years of Culture, Taste and Collecting at Christie’s lends a view into the alluring salesroom at Christie’s. It illustrates 250 objects bought and sold over the 250 years the auction house has been operating—from a Vincent van Gogh painting that went for a jaw-dropping $82 million in 1990, to a more modest set of porcelain once owned by the Prince of Wales that sold for $500 in 1790. (Phaidon, $60) Picasso/Picault, Picault/Picasso: A Magic Moment in Vallauris 1948–1953 by French art historian Sylvie Vautier is an intimate and informative look at the friendship between ceramicist Robert Picault and Pablo Picasso. Unpublished documents and photographs examine Picault’s pottery and studio production in catalogs that will surely inspire a new generation of collectors. An added feature is the short films Picasso made and Picault photographed while the two were living in Vallauris. (Pointed Leaf Press, $80)