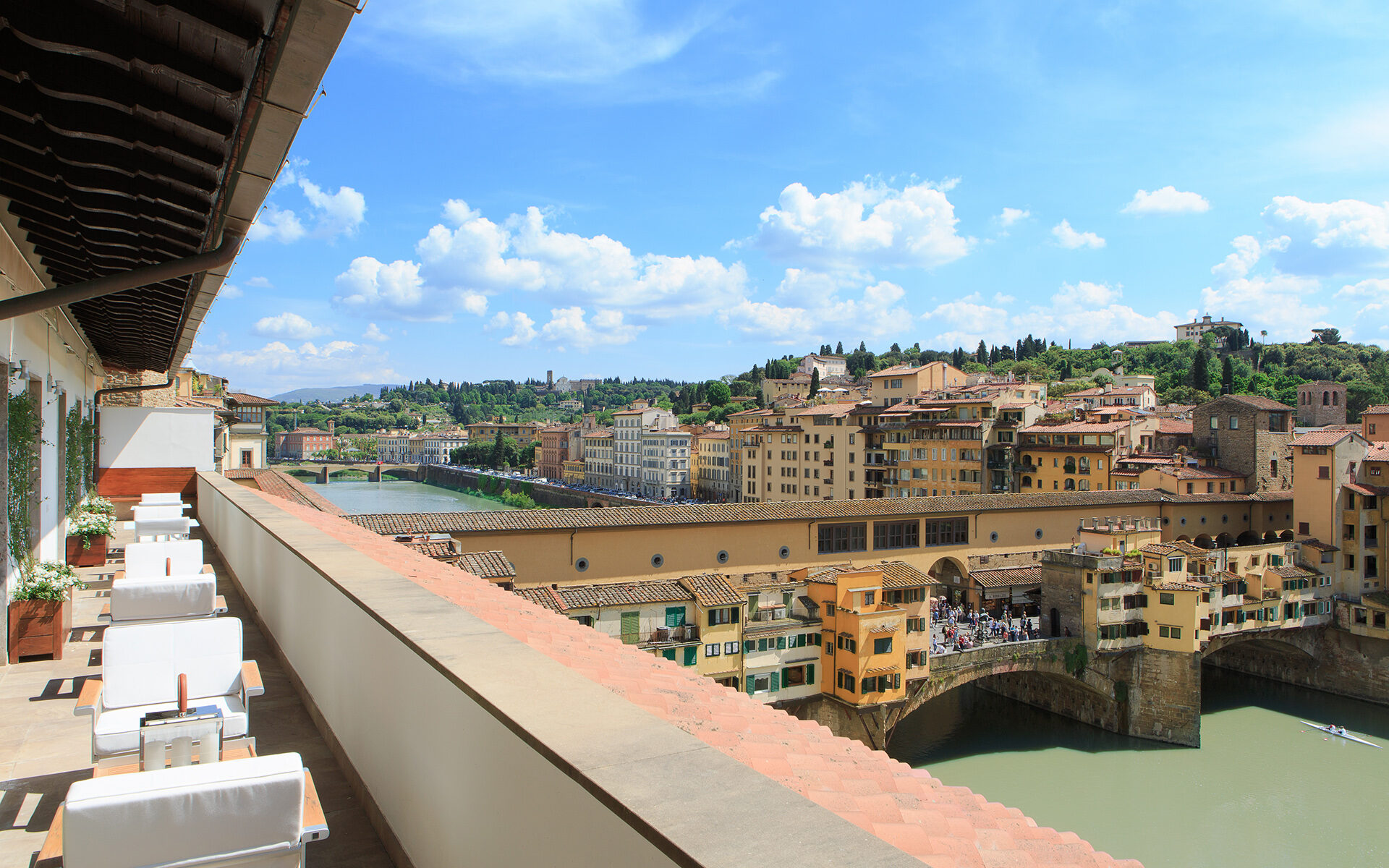 A view of the Arno from the superior suite at the Potrrait Firenze.

As international travel becomes more available, now is a perfect time to return to the beloved Renaissance jewel that is Florence. Pre-pandemic, the majestic city often felt overrun with tourists—busloads of day-trippers swarming the streets to capture a glimpse of some of the world’s most treasured landmarks. Now, after a difficult few years where Florence felt entirely empty—on some days, even the area surrounding the iconic Piazza del Duomo was silent—the locals are welcoming back visitors and the pace feels more manageable. This summer, a slew of exciting art exhibitions make crossing the ocean even more worthwhile. Read below to discover the most artful places to stay, see, and shop. 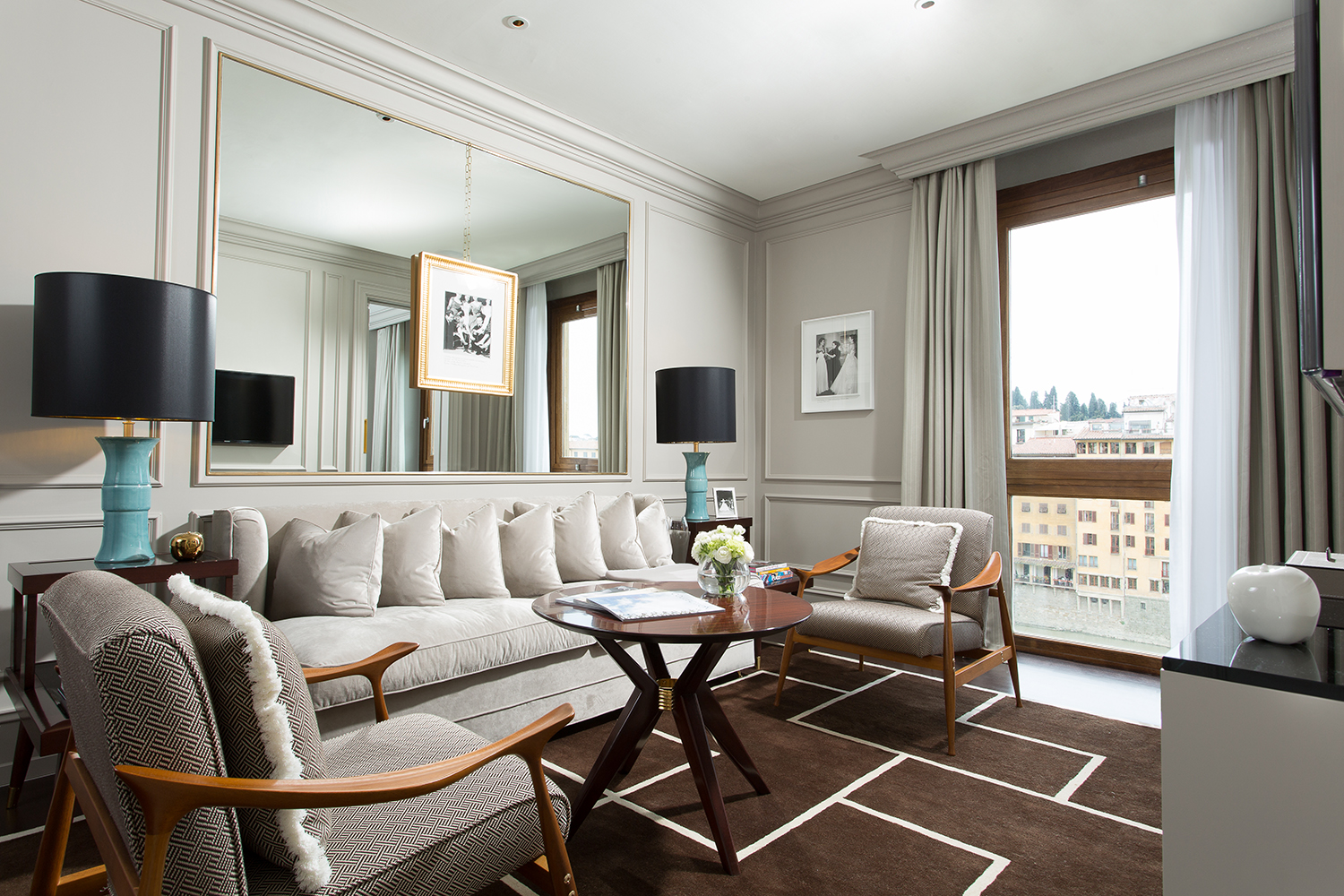 A room at Portrait Firenze.

Nestled along the banks of the Arno river, just a few steps east of the famous Ponte Vecchio, lies Portrait Firenze, a chic boutique hotel owned by Salvatore Ferragamo’s family. Tucked away from from the hustle and bustle of the city, the property’s modern interiors create a calm oasis for weary travelers. Designed by Michele Bönan, each of the 37 rooms and luxury suites are swathed in a calming dove-grey palette with plush mid-century furnishings and plenty of cashmere. Opt for a river-view suite, which boasts floor-to-ceiling windows in the living area and postcard-worthy views of the river and Tuscan hills from the bedroom. Avid supporters of the arts and patrons to many of the museums in town, the Ferragamo family continues this mission at the hotel—the private art collection on view includes original black-and-white photographs of Florence’s glitterati in the heady 1950s and 1960s while the library in each room encompasses unique art, fashion, and photography books. 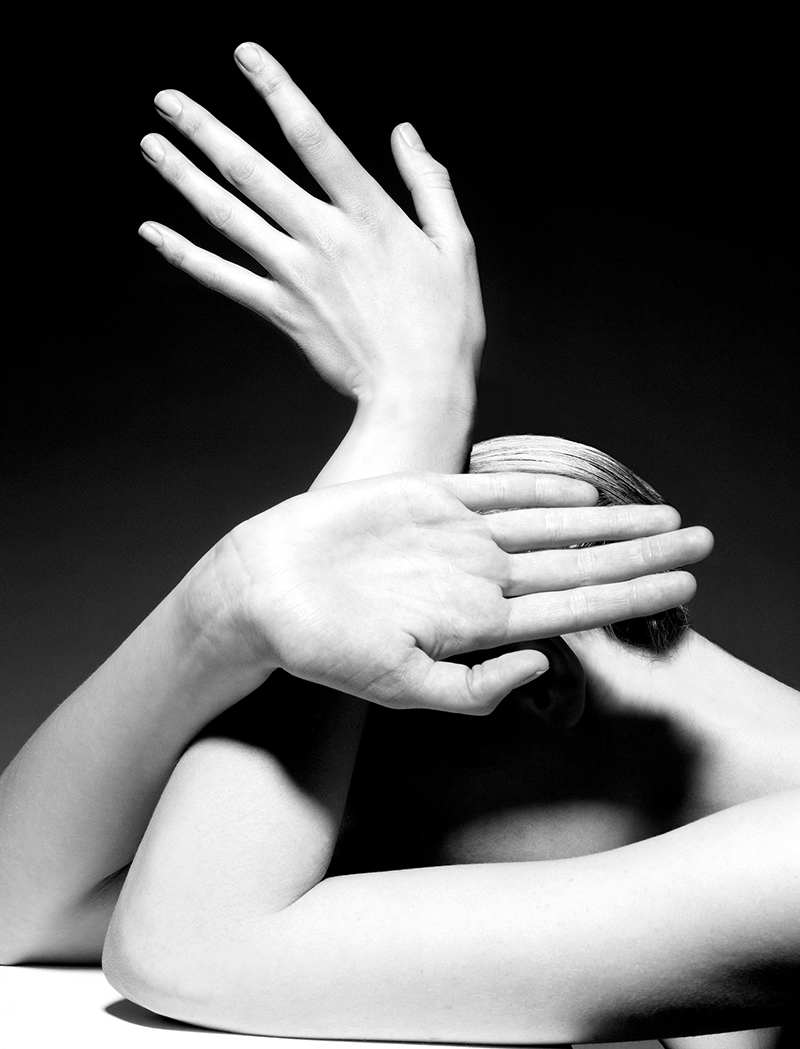 A stone’s throw from the Portrait Firenze, the Gallery Art Hotel has finally welcomed back visitors after a two-year closure. Open to the public through June, don’t miss the new exhibition on view “My Lights and Shadows” by Alan Gelati, a renowned fashion photographer, who captured the likes of Nicole Kidman, Sean Penn, Francis Ford Coppola, and more.

Across the river in a grand period townhouse is the Hotel Lungarno, a boutique hotel that has been welcoming guests since 1967. The blue-and-white palette found in the lobby recalls a boat gently gliding down the Arno. Guests are privy to the Ferragamo family’s private 20th-century art collection, with over 400 pieces by Jean Cocteau and various Italian artists such as Bruno Cassinari, Virgilio Guidi, Walter Fusi, Ennio Morlotti, and more. At the end of the day, settle in with a cocktail at the Bar Picteau, surrounded by more 20th-century art including a work by Pablo Picasso above the fireplace.

An install view of "Donatallo" at Palazzo Strozzi

The Father of the Renaissance, Donato di Niccolò di Betto Bardi, better known as Donatello, was born in Florence in 1386 and his contribution to the city cannot be overstated. Through July 31, Donatello’s Renaissance masterpieces are the focus of a dazzling new exhibition at the Palazzo Strozzi and the Bargello National Museum. “Some exhibitions are once in a lifetime, but this show is the first time in history,” Arturo Galansino, the director general of the Palazzo Strozzi Foundation, said in a statement. Considered one of greatest Italian Renaissance artists, Donatello changed the course of art history, inspiring generations of sculptors after him. Displayed across the two museums, this exhibition, which includes around 130 works on loan from 60 locations, is a rare chance to see many of Donatello’s masterpieces together. 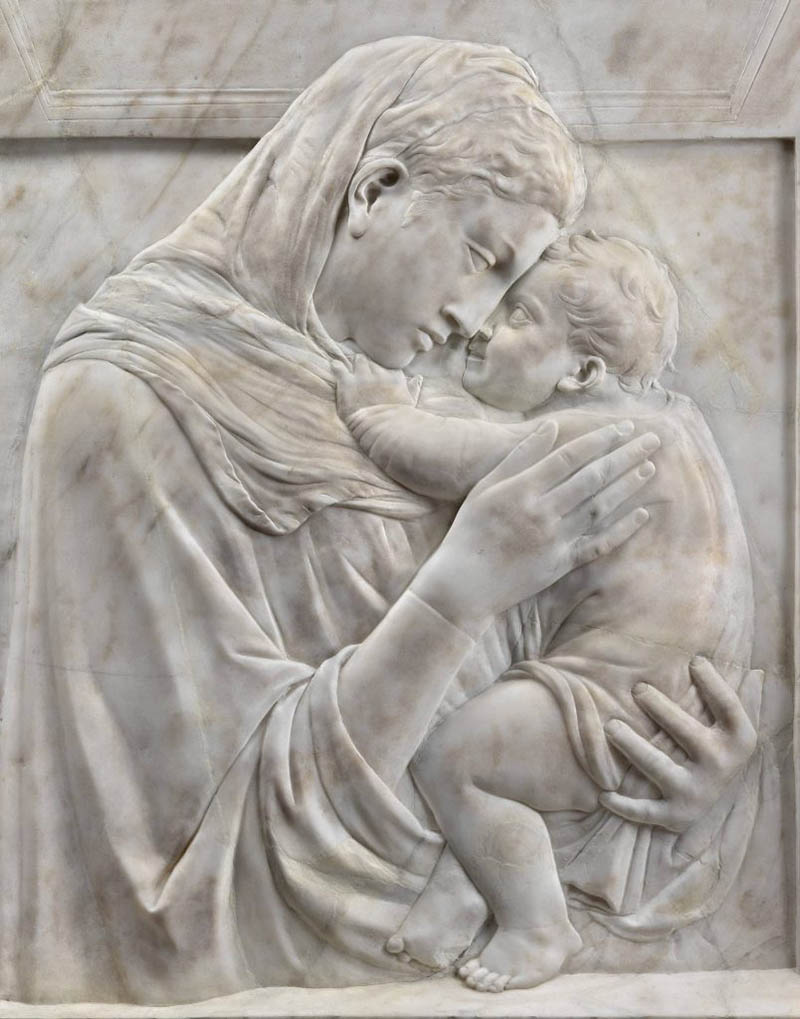 A work by Donatello. Photo: Courtesy of Palazzo Strozzi

Adding context, his masterpieces are interspersed with works by Brunelleschi, Masaccio, Mantegna, Giovanni Bellini, Michelangelo, and Raphael. Highlights include the Virgin and Child (1422), masterfully depicting a tender embrace between mother and child. A map offers visitors the chance to continue their deep dive into Donatello’s work by pinpointing other Tuscan sites where his art can be admired. 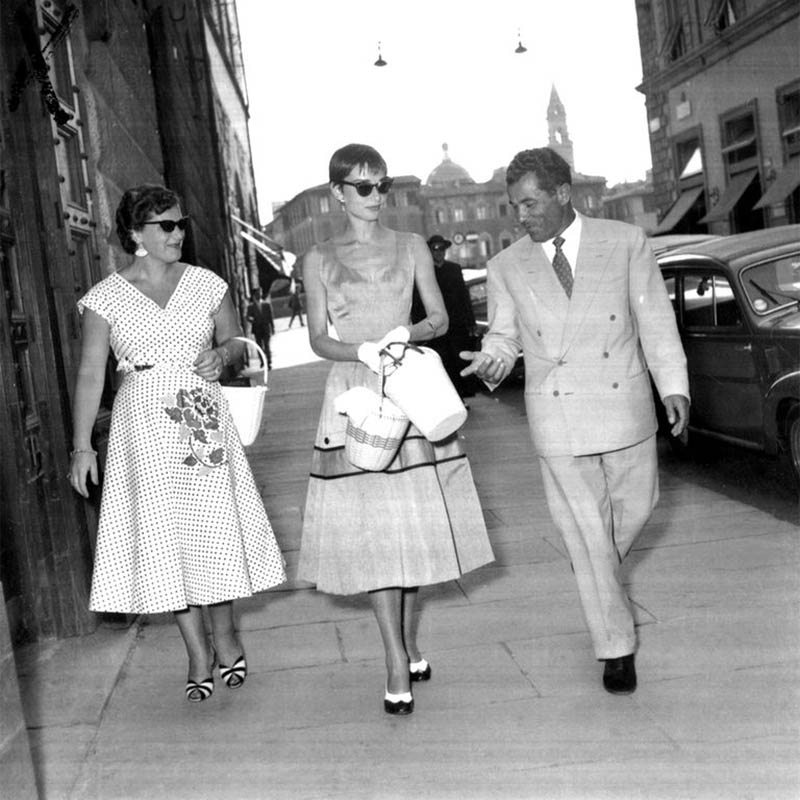 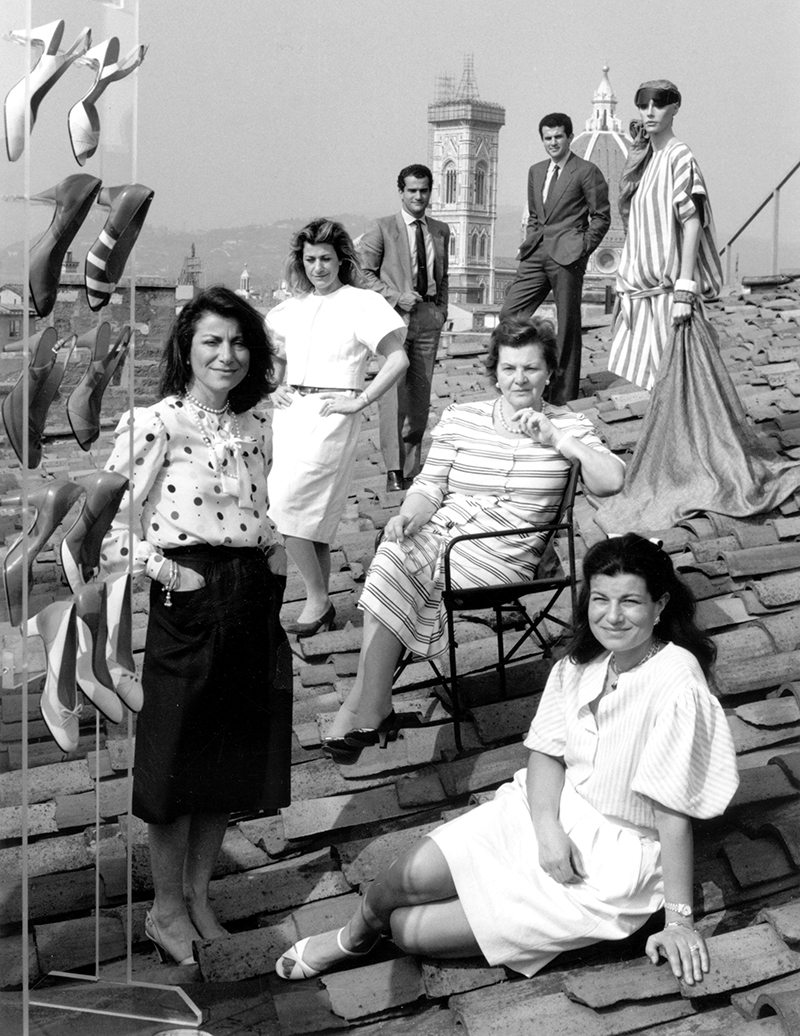 The Ferragamo family on the roof of Palazzo Spini Feroni, 1983. From left to right: Fiamma, Wanda and Fulvia;behind them: Giovanna, Leonardo, Ferruccio and a model. Photo: Courtesy of the Museo Salvatore Ferragamo

“Women in Balance” at the Museo Salvatore Ferragamo

Fashion lovers may already be familiar with the rags-to-riches story of Salvatore Ferragamo, whose journey took him from a village cobbler in Southern Italy to legendary footwear designer to the stars. (It was the subject of the award-winning film Shoemaker of Dreams by Luca Guadagnino, after all.) Less known, however, is the plight of his wife, Wanda, who picked up the reigns in 1960 after his passing, defying all social standards of the time by excelling as a successful businesswoman. The Museo Salvatore Ferragamo now aims to rectify that by showcasing “Women in Balance,” an exhibition in honor of the trailblazing Wanda Miletti Ferragamo who helmed the Salvatore Ferragamo brand until she passed in 2018. 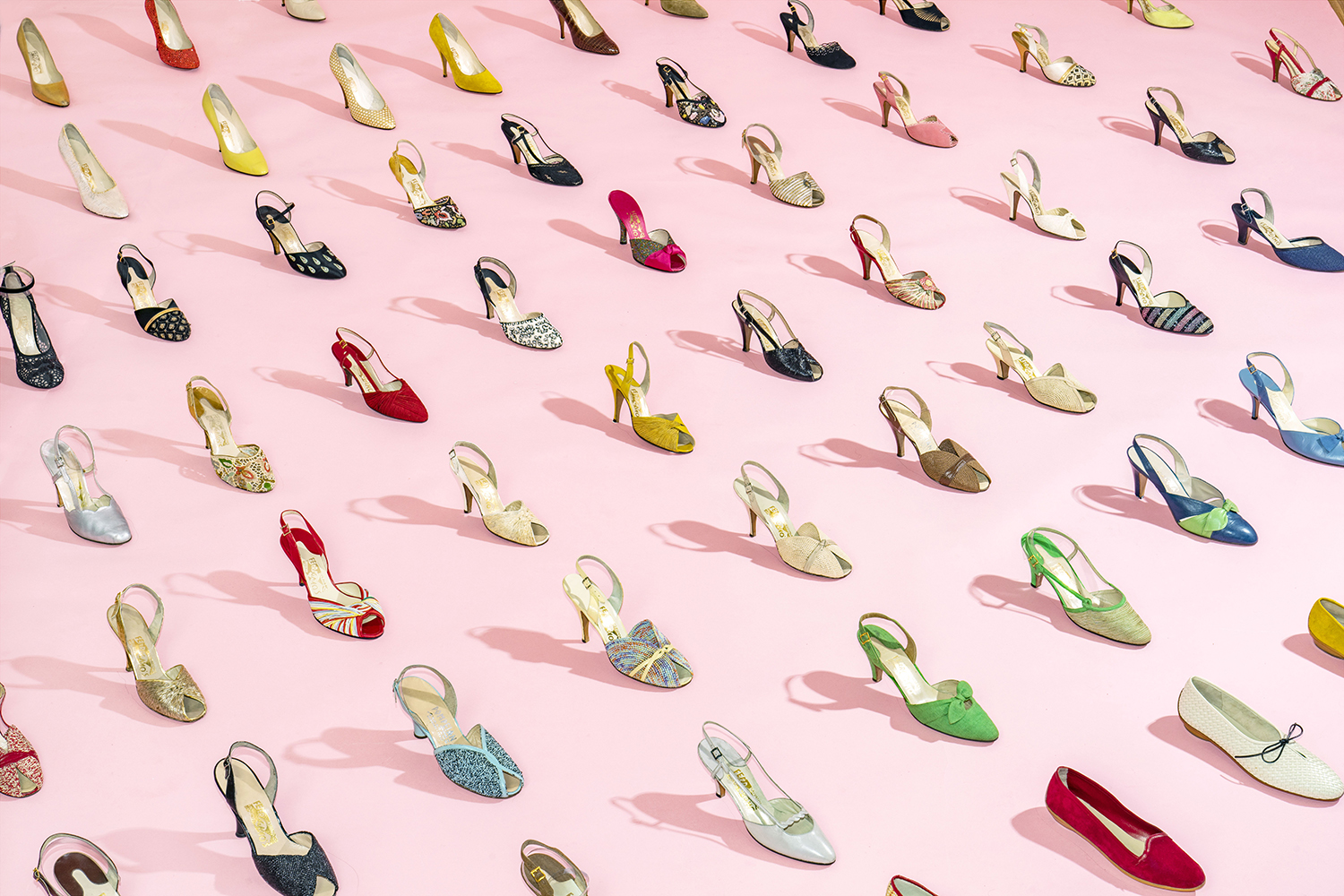 Curated by Stefania Ricci and Elvira Valleri, the show—featuring clothing, works of art, videos, photographs, and archival material—is done in collaboration with the Ferragamo family. “The exhibition shows the complexities of what it was to be a woman in Italy between the fifties and sixties, when Wanda changed the course of her life,” says Ricci. “The experience of Wanda Ferragamo, one of Italy’s first female captains of industry, exemplifies the art of preserving a great artisanal tradition while pursuing robust industrial development. She based her approach on a culture of care, and her work at the company, like her relationships with her children, was inspired by this principle of caring for others.” 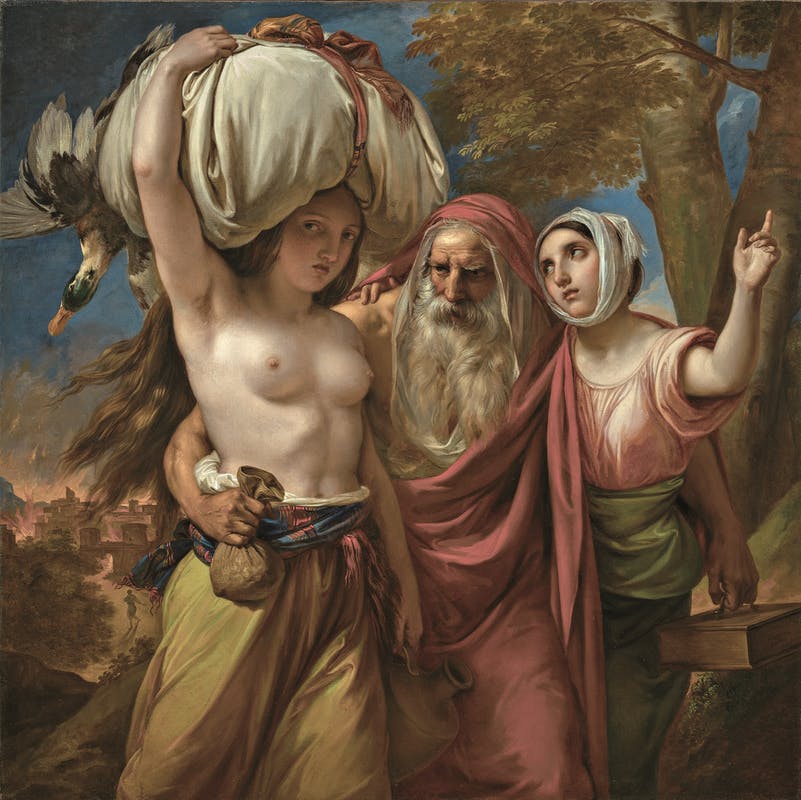 A painting by Giuseppe Bezzuoli. Photo: Courtesy of Palazzo Pitti

The Palazzina della Meridiana of Pitti Palace showcases the first major monographic exhibition ever dedicated to one of the protagonists of Romantic painting of the 19th century: the Florentine Giuseppe Bezzuoli. Over 130 works by Bezzuoli are on view through June 5, sprinkled throughout the opulent palace. 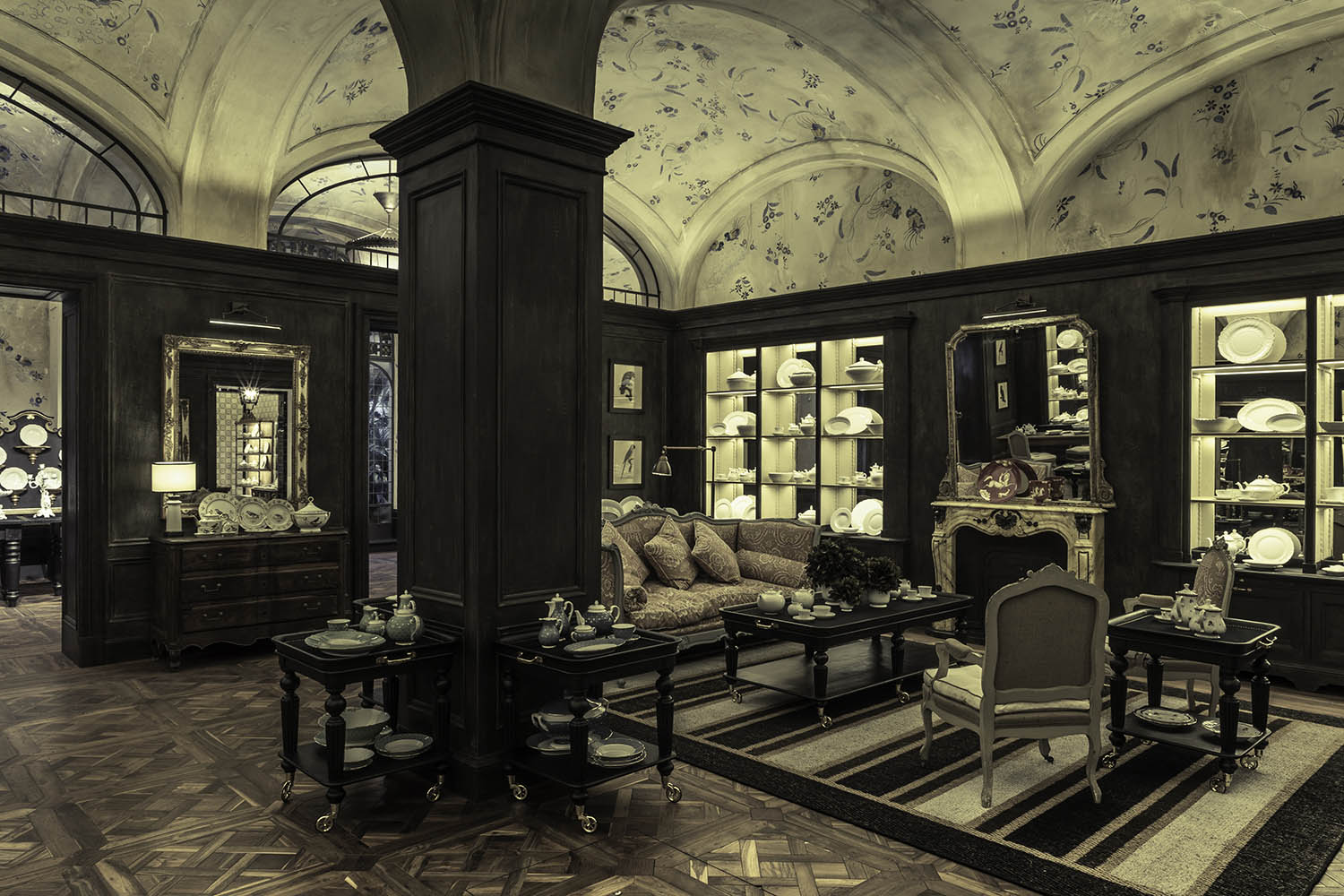 The Ginori porcelain factory was established just outside of Florence in 1735, and it’s been producing high-quality handcrafted porcelain ever since. On the same site since 1802, the 5,400-square-foot store was given a major facelift in 2014 when it was acquired by Gucci. Today, it continues to draw design lovers from all over the world. The wares are presented in different residential-style interiors, from the stately dining room to the majestic drawing room. Many of the pieces in the classic collections are still hand-painted in the original Sesto Fiorentino factory, just an hour from the city. 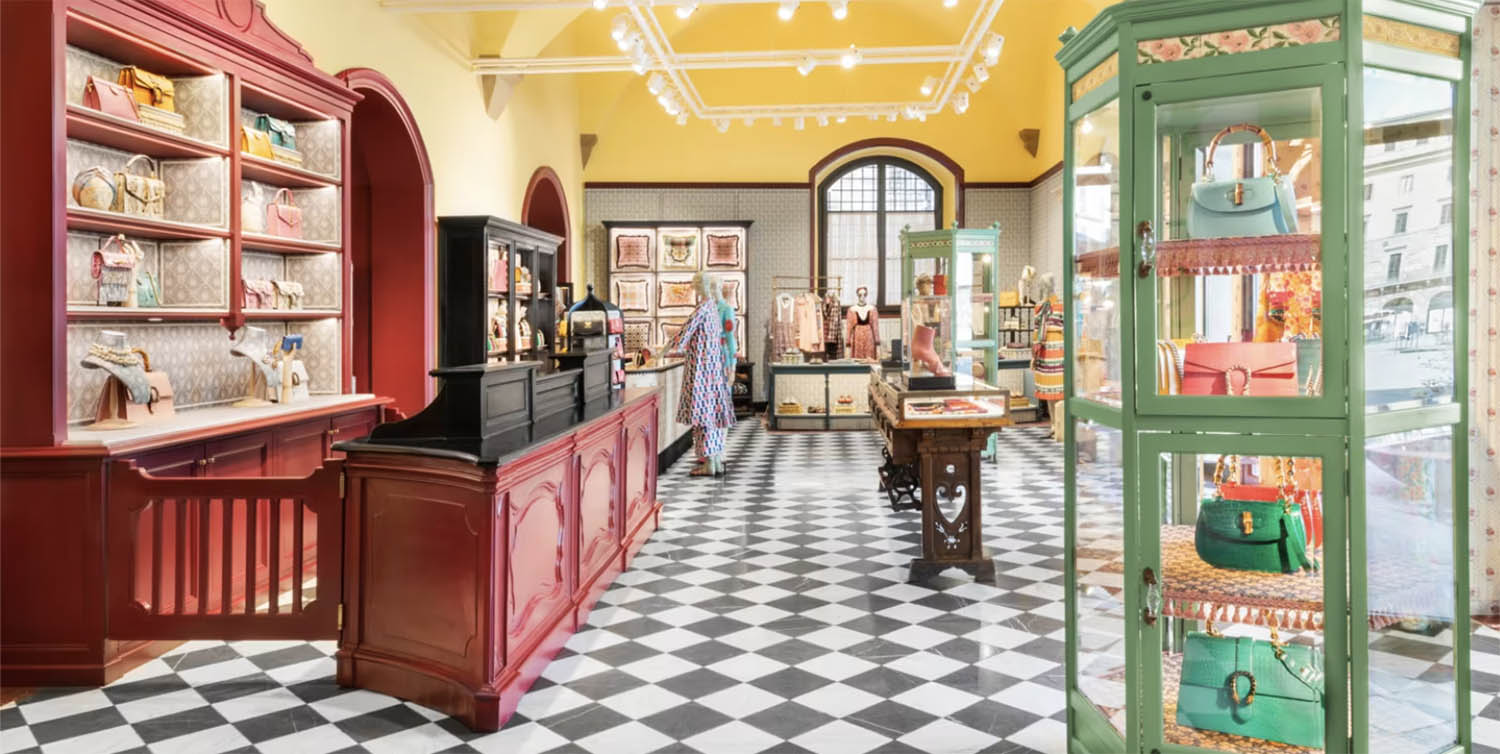 Inside the wondrous Palazzo della Mercanzia, right by the Gallerie d’Uffizi, is a magical world of all things Gucci. Conceived by creative director Alessandro Michele, the space features a store with one-of-a-kind items; the Gucci Osteria da Massimo Bottura, a restaurant by three-Michelin-star chef, Karime Lopez; and the Gucci Garden Galleria exhibition rooms curated by critic Maria Luisa Frisa.

Cover: A view of the Arno from the superior suite at the Potrrait Firenze.
Next Post