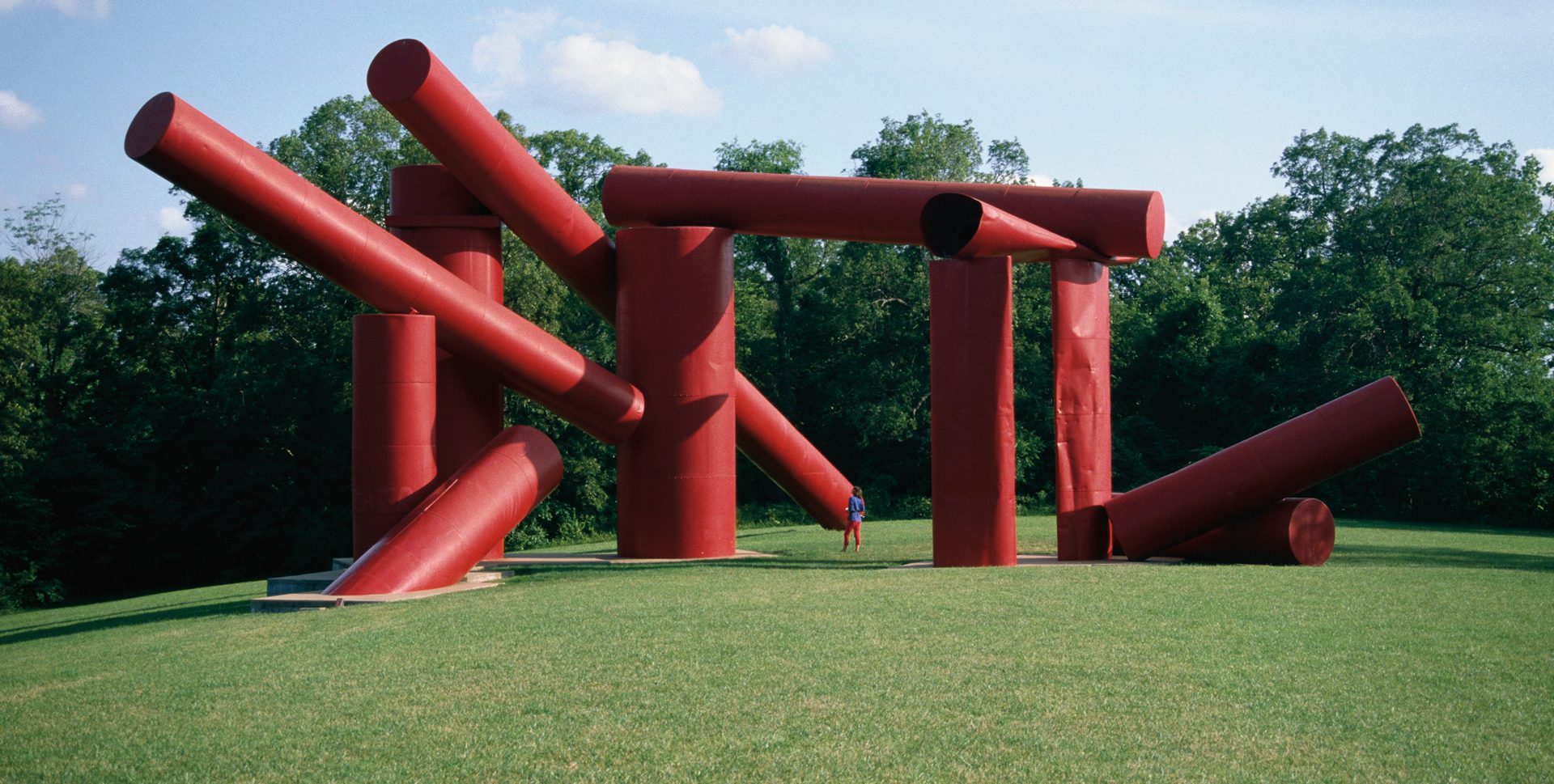 Installed at the Laumeier Sculpture Park in St. Louis, Missouri, *The Way* was constructed between 1972 and 1980, and is composed of salvaged steel oil tanks.
Photo: ART on FILE/CORBIS

The Extraordinary Influence of Alexander Liberman Reminiscent of dancing flames—the shade of red paint on his 1982 steel Untitled (C), is the same as that used on most Liberman sculptures. Photo: Martha Casanave

The name Alexander Liberman may be synonymous with Condé Nast Publications, but his role as a painter and sculptor of large-scale public works has earned him a place in some of the most prestigious art museums in the world. He left the Soviet Union in 1921 and eventually settled in Paris, where he started his career in magazines, working for various French publications. He arrived in New York in 1941—bringing with him a European sensibility of graphic design and a feeling for Russian Constructivism.

Liberman’s two careers in New York ran parallel to each other—he was named editorial director at Condé Nast in 1962, and his first solo exhibition was in 1960 at the Betty Parsons Gallery in New York. His minimalist paintings are often comprised of circular forms in primary colors and display his knowledge of graphic design. Liberman’s industrial-sized sculptures are almost all in the same cherry-red color and intertwined geometric and organic forms. One of his most notable public commissions was from the architect Philip Johnson, for the 1963 World’s Fair. In both of his careers, he was able to successfully carve himself a memorable place in the landscape of American modernism. The repetition and interweaving of shapes and lines in Liberman’s 1952 Beat gives the enamel-on-aluminum work a dynamic energy. Photo: Private Collection, The Alexander Liberman Trust, Courtesy Mitchell-Innes & Nash, New York
Cover: Installed at the Laumeier Sculpture Park in St. Louis, Missouri, *The Way* was constructed between 1972 and 1980, and is composed of salvaged steel oil tanks.
Photo: ART on FILE/CORBIS
Next Post