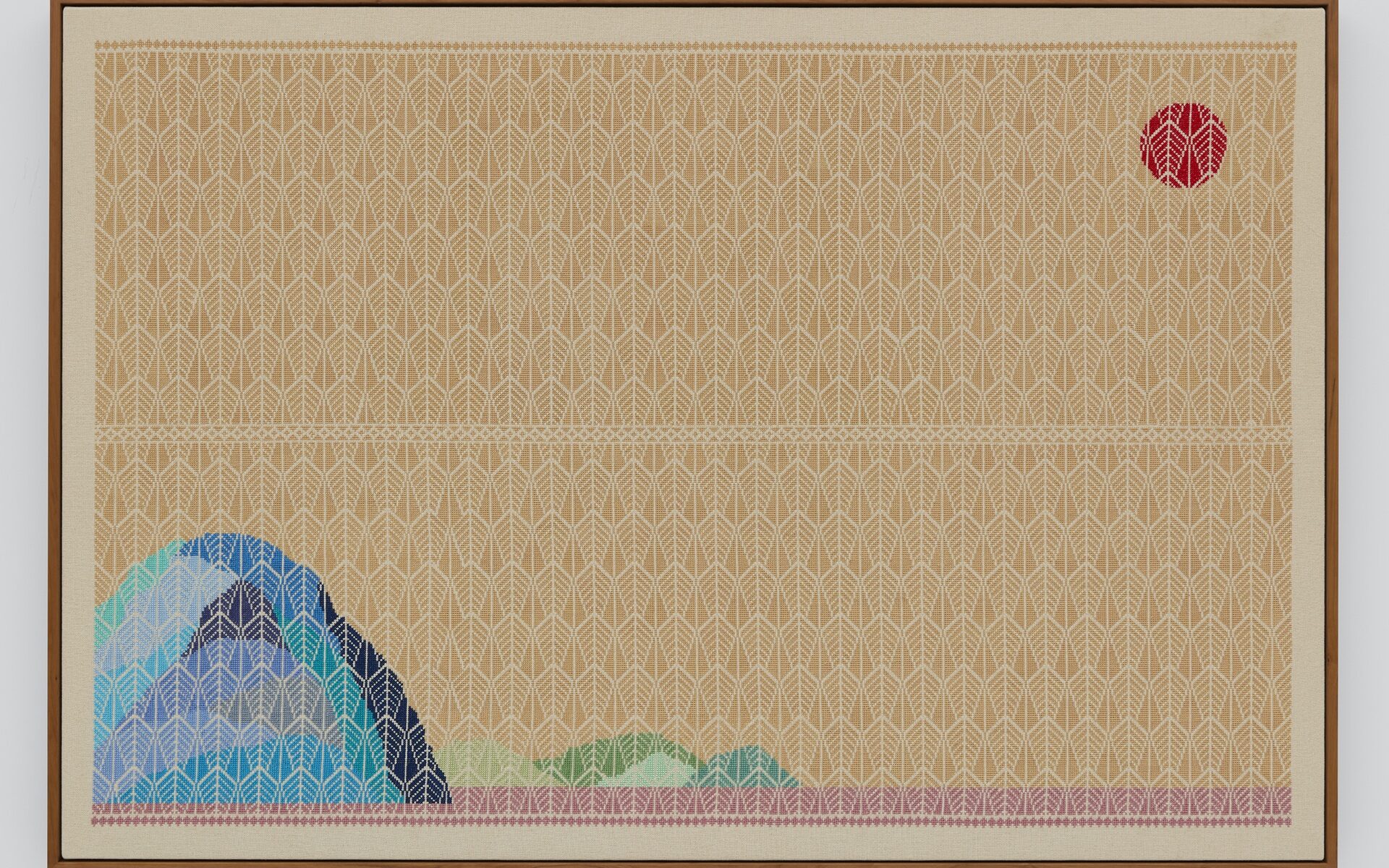 From a series of mesmerizing paintings by up-and-coming star Elizabeth Glaessner to Peter Moore's fascinating documentation of New York's performance art, these exhibitions are not to be missed

In an attempt to share the best exhibitions in art galleries across America each month, Galerie has scoured the country to present a selection of  fascinating solo shows by artists working in a variety of media. From New York and Miami to Houston and Los Angeles and then back to Boston, the array of paintings, photographs, and sculptures in the roundup below are worthy of prime placement in any art collector’s home or equally in a global museum. 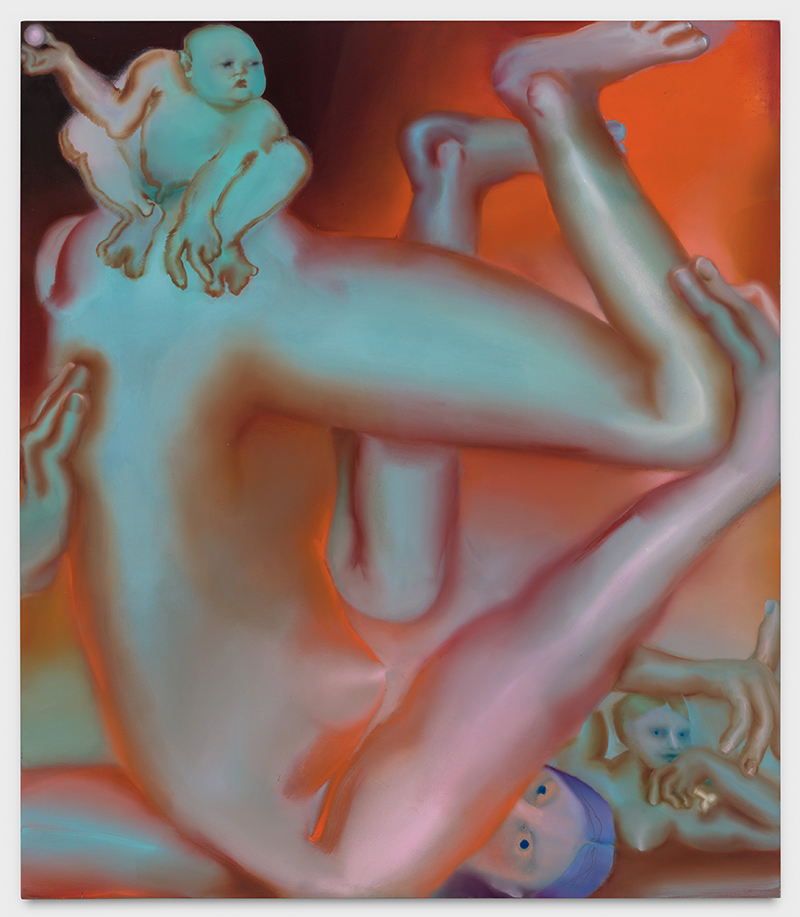 Nude figures, strange creatures, and ancient objects fill the canvases of rising star Elizabeth Glaessner. After creating her improvisational sketches and painterly studies, she creates her mystical paintings by pouring liquified pigments onto the canvas while coaxing her dreamlike characters from the watery realm. Striking a balance between controlling the material and letting the paint have its own voice, the young artist calls on past times by pulling psychologically charged figures from a primordial soup. Radiantly colored and sensually stimulating, the nine paintings in the exhibition “Phantom Tail” present an “in-between world,” where the mythical marvelously meets the make-believe. Through March 19 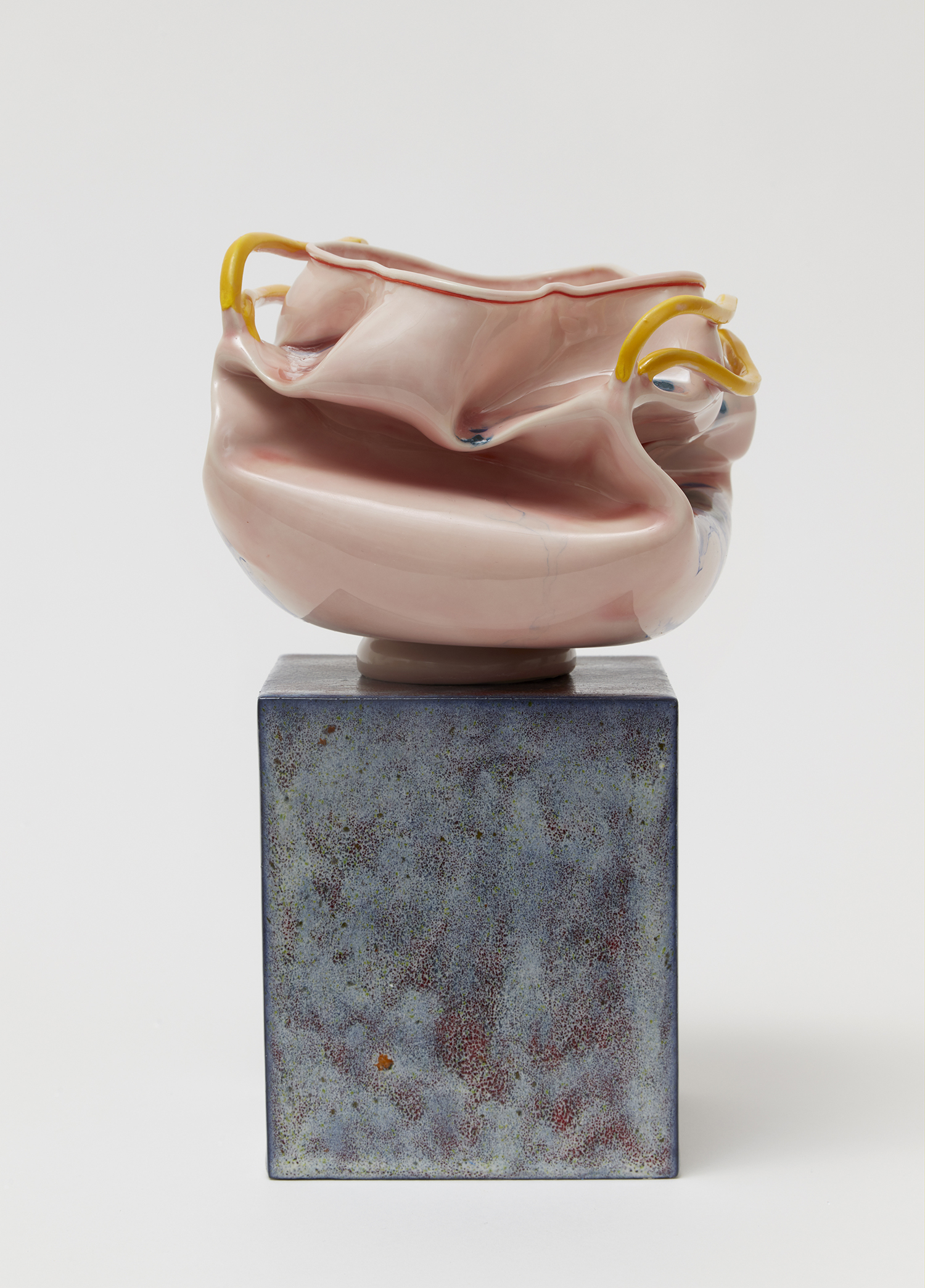 Considering herself a painter who works three dimensionally with clay, Kathy Butterly makes small-scale, colorful ceramic sculptures that playfully reference utilitarian pots. Casting her forms by pouring porcelain into plaster molds of store-bought vessels, she intuitively manipulates the clay before it dries by pinching, pulling and folding it until she gets her desired shape. That’s only part of the process, however, as the artist paints layer upon layers of glazes and fires the pieces repeatedly to make a finished work of art. Displayed on joined ceramic bases that are just as cleverly crafted, the two-dozen pieces in her spirited “Color In Forming” show present the creations of a skilled sculptor who’s also a passionate painter. Through March 26 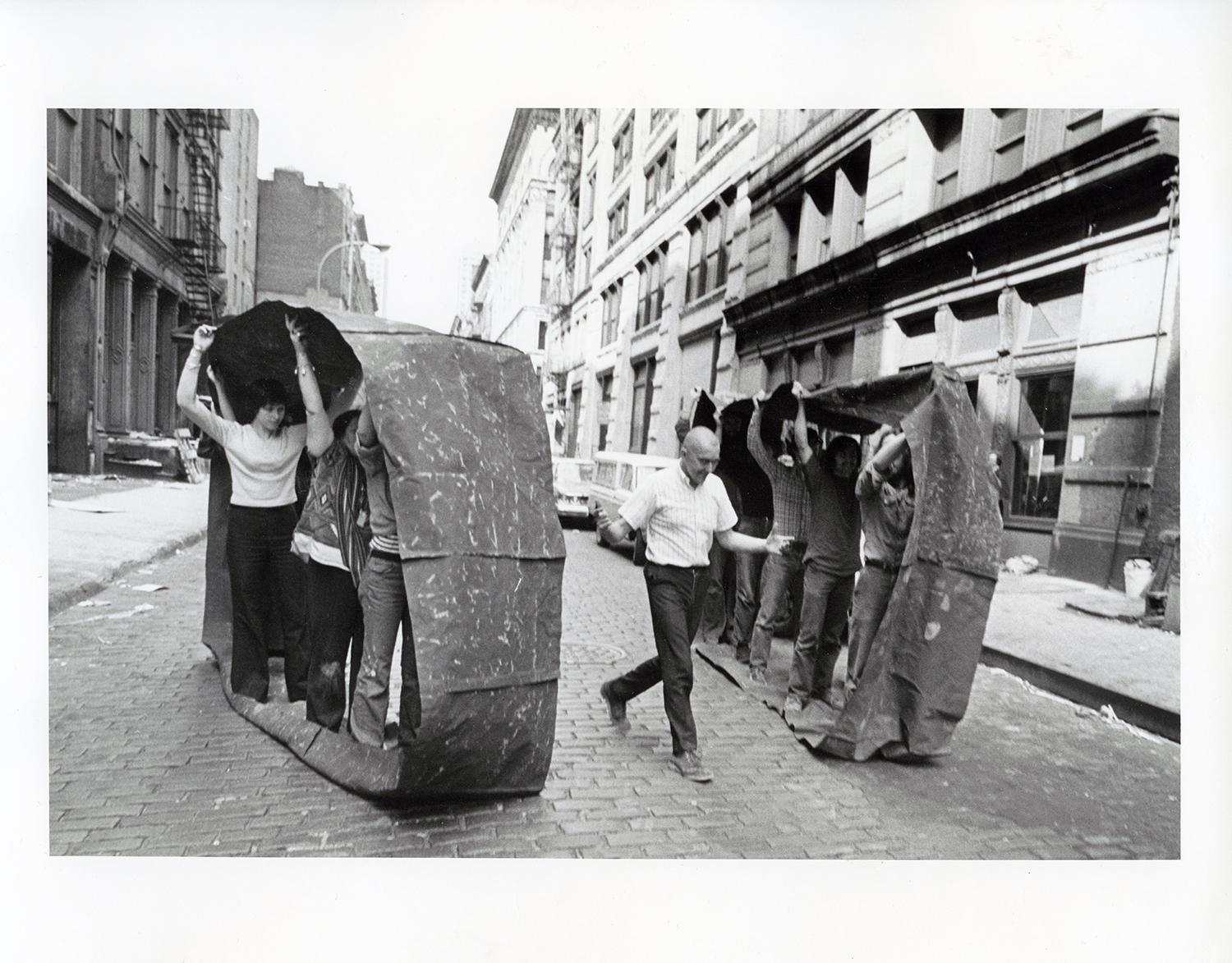 Unlike painting and sculpture, the only record of performance art is the ephemera created for it and the documentation that gets processed once it is over. If it weren’t for the photographer Peter Moore, most of the New York happenings and avant-garde performances of the 1960s and ‘70s would be faded memories by now. Actively documenting the Downtown scene from 1960 to 1993, Moore took thousands of photos of performances by such notable artists as Claes Oldenburg, Yoko Ono, Nam June Paik, Robert Rauschenberg, Carolee Schneemann and many more. Coinciding with the acquisition of his extensive archive by Northwestern University Libraries, the exhibition “Festive Years” highlights six festivals that took place between 1965 and 1973, using Moore’s pictures and archival materials to evoke the era’s most experimental events. Through March 26 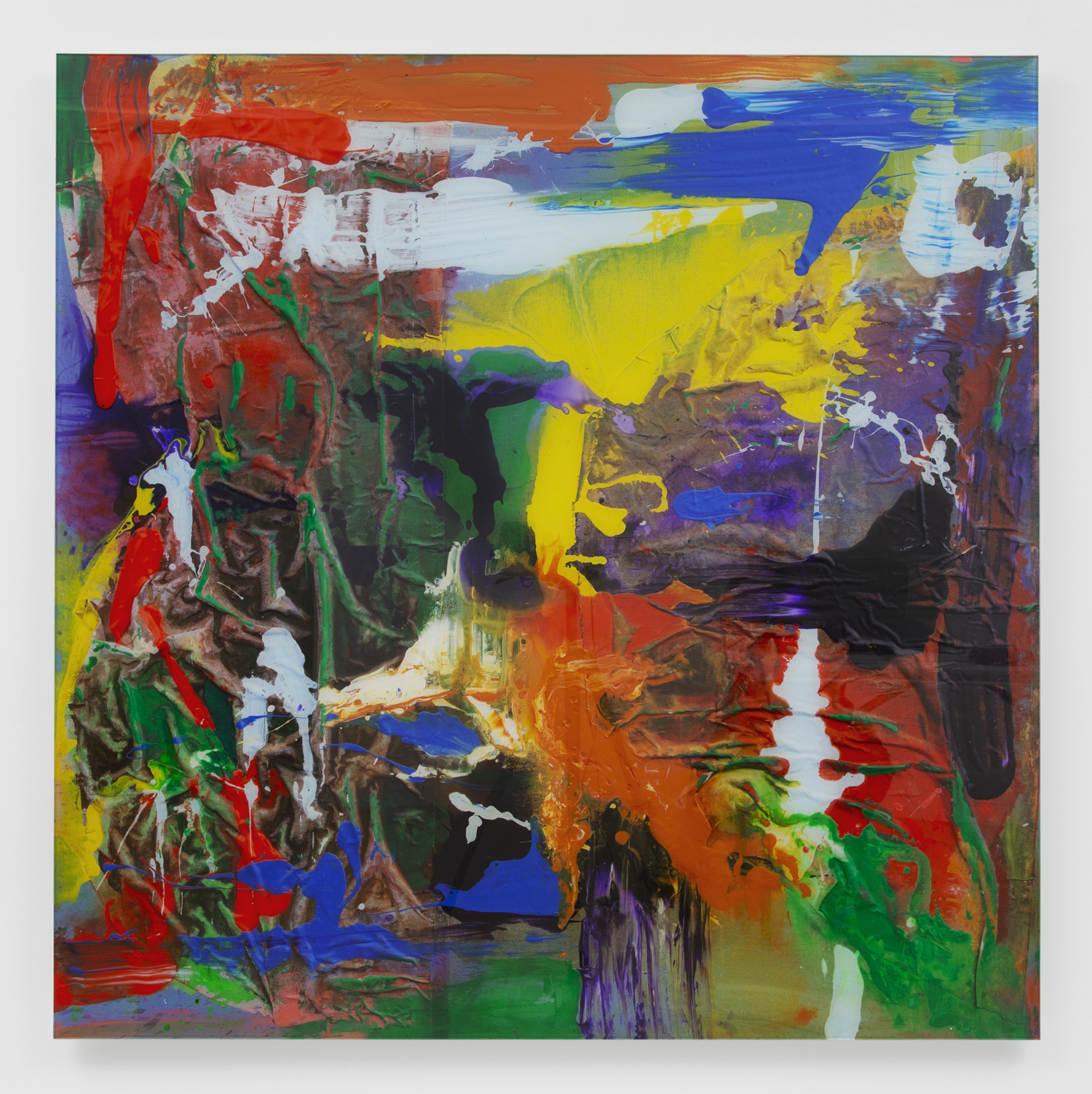 Rochelle Feinstein’s various bodies of work are on view in a six-gallery exhibition taking place on two continents. Arranged thematically by venue, the Miami version of “You Again” focuses on the artist’s use of color, even though the gallery amusingly claims the artist isn’t a colorist. Presenting eight medium- and large-scale abstract paintings and prints made between 1989 and 2021, the lively show features works with lots of color and contrasting black-and-white versions of two different pieces completely drained of it. Experimental in nature—through the artist’s employment of materials (oil, acrylic, enamel, charcoal and paper collage) and referential content (such as an old television color test card and simulated color wheels), as well as her recent use of digital scanning and printing techniques— Feinstein’s impressive artworks contribute to the contemporary dialogue on abstraction, while subliminally commenting on the changing ways artists create it. Through April 2 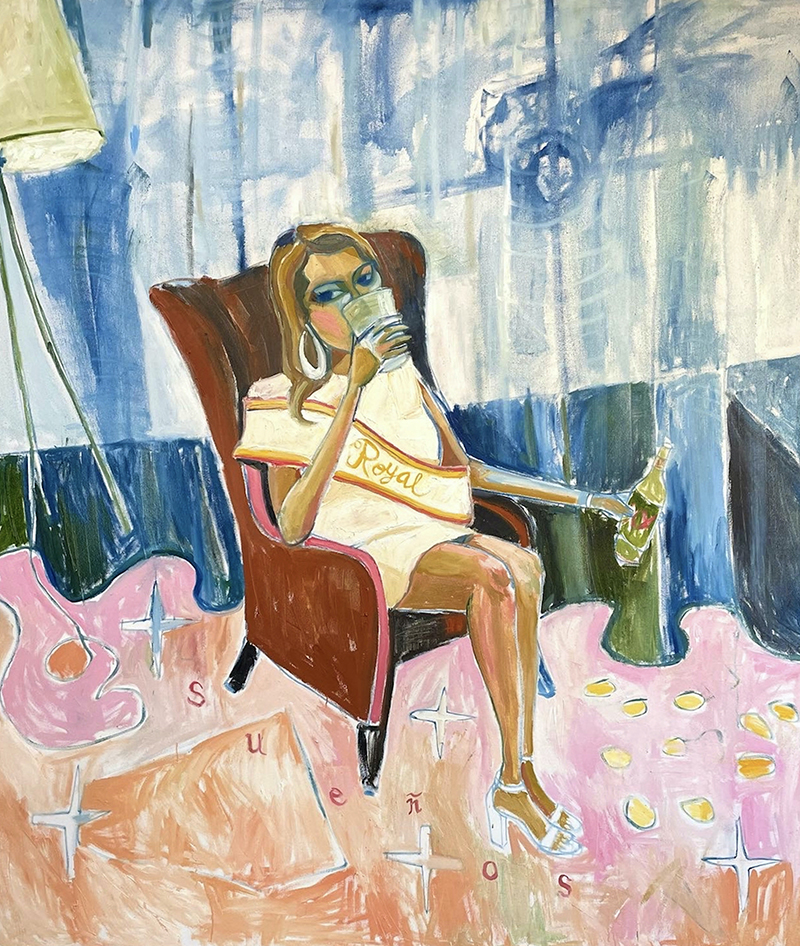 Mining his Tex-Mex heritage as subject matter for his semi-abstract manner of making art, Cruz Ortiz paints playful portraits of family, friends and activists who are meaningful to his life and causes. Growing up in difficult circumstances, he studied printmaking and welding in school, and made posters for punk bands and social protests before turning to painting in a highly studied yet almost do-it-yourself way. Inspired by a wide reach of art history, folklore, nature and music, Ortiz paints with a sense of urgency while poetically portraying his subjects from live sittings, as well as his point-and-shoot photos, sketches and written remembrances of them. The 31 works in the “Los Jardines” exhibition cover a variety of approaches in his artistic practice, including several paintings and drawings of his wife and muse Olivia—both stylishly dressed and nude—and several self-portraits that were made during the pandemic, when what was at hand the artist lovingly embraced. Through March 12 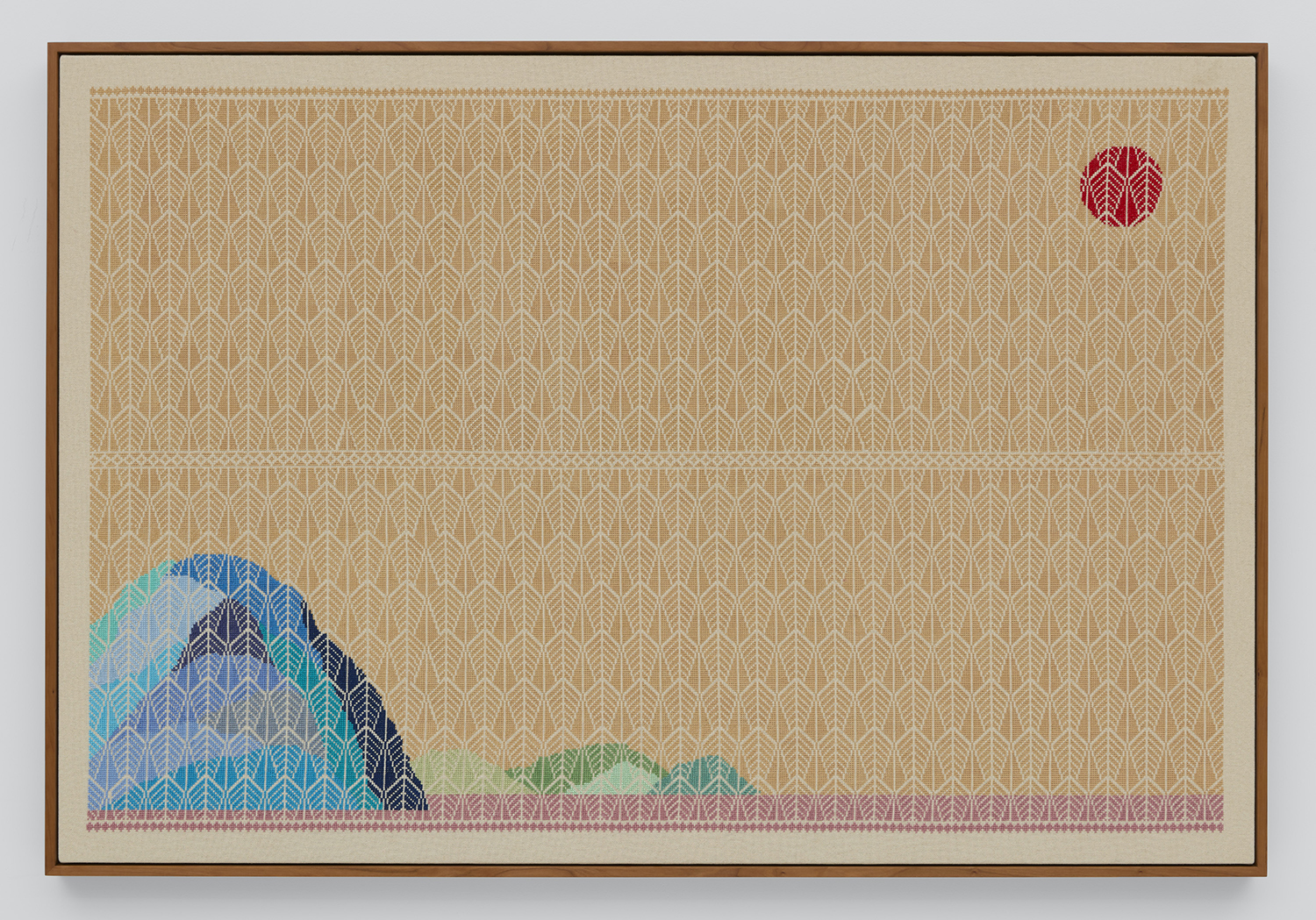 Best known for his exquisitely embroidered landscapes exploring his Palestinian roots, Jordan Nassar has expanded his craft-related artistic practice to include home textiles, furniture designs, glasswork and metalwork. Created to visualize his ancestors’ stories of an idyllic Palestine and the projection of a utopian future, where the conflicts are a distant memory, Nassar considers these landscapes, “versions of Palestine as they exist in the mind of the diaspora, who have never been there and can never go there.” The artist’s “A Sun To Come” show continues his inventive use of techniques and materials from the Arab world through eight new embroidered landscapes depicting serene scenes of suns and moons rising above mountains in patterned skies and introduces five new shaped, inlayed wood landscapes, where cut wood, hammered brass and mother of pearl construct an imaginary view of the beloved homeland he still hopes to someday see. Through March 26 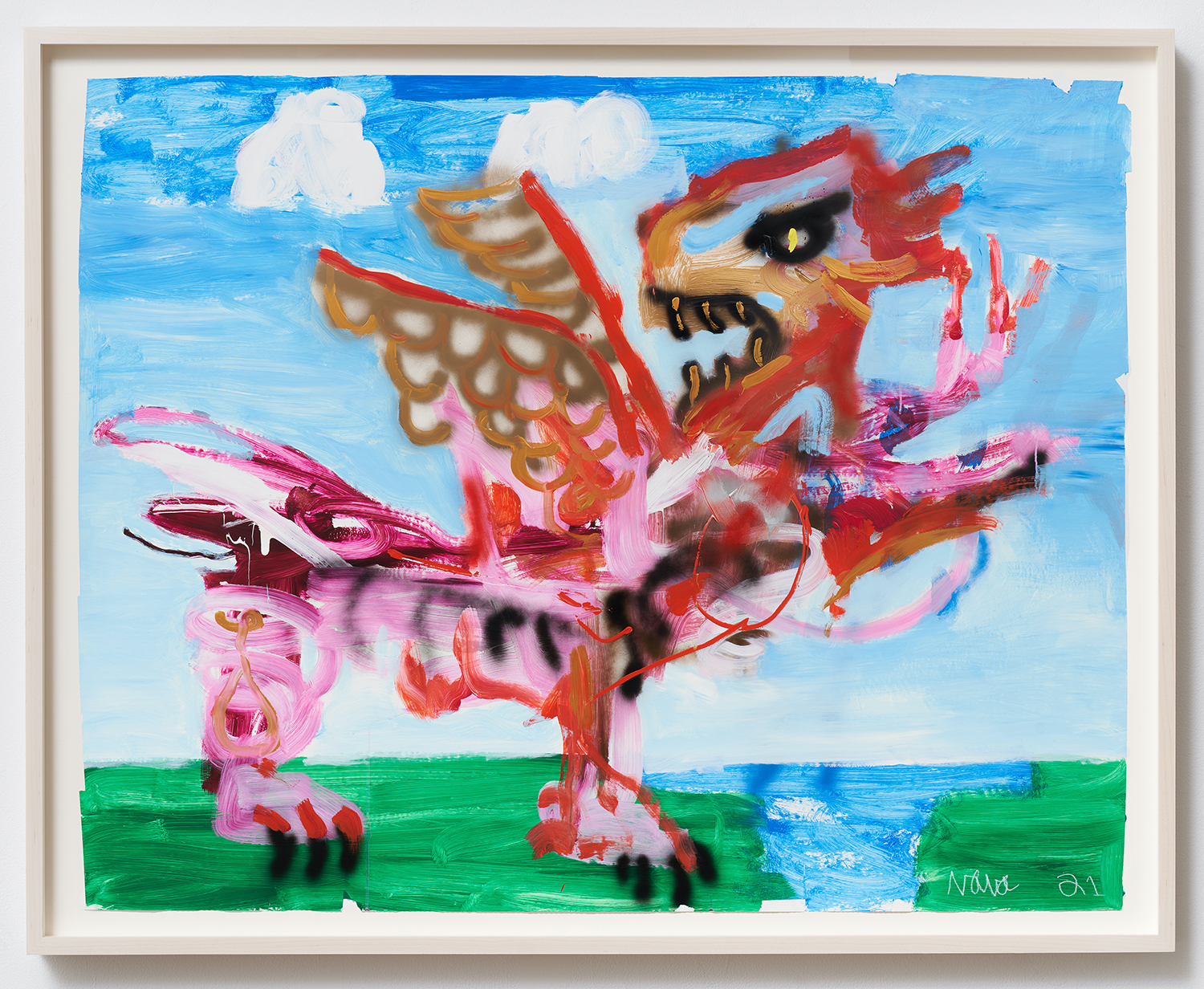 Inspired by mythology,  buzzworthy painter Robert Nava tackles the big battles in life by portraying them in gesturally expressive, childlike ways. Unlearning the academic approach to art that he was first taught in Indiana and then in grad school at Yale, Nava unleashes the child within to intuitively make art in a fast and furious manner. Spontaneously making marks to sparingly compose his poignant paintings on canvas and paper, the artist follows the action and reaction method, so brilliantly employed by the Abstract Expressionists and Gutai artists. Winged beasts, crashing cars, robots and clowns—energetically painted with acrylics, spray paints, oil sticks, crayons and grease pencils—run rampant in his 14 medium to large-scale paintings on freely torn pieces paper in the “Bloodsport” exhibition. Interested in a new form of mythmaking, Nava creates wildly animated images—culled from his own imagination—while continuing to nourish a childlike drive. Through March 26 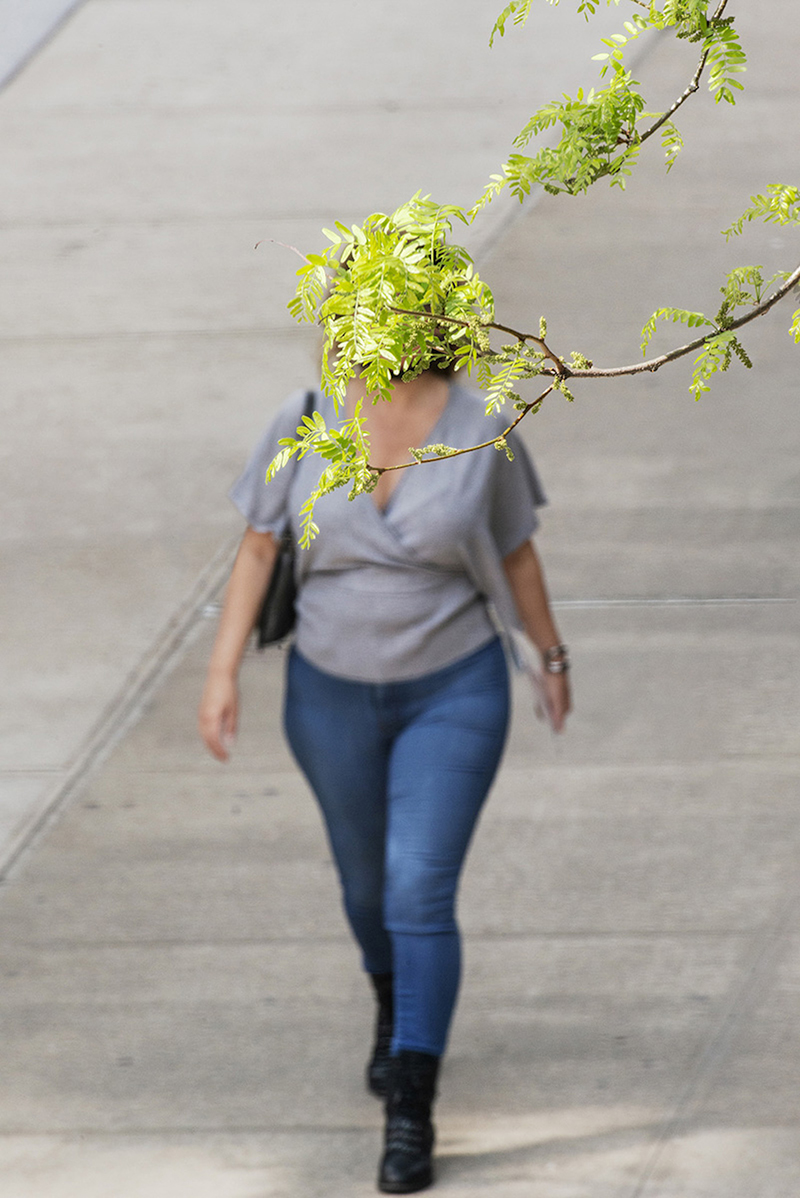 Exploring subjects in specific series of images, photographer Arne Svenson has made voyeuristic pictures of his New York neighbors, who were unaware of being photographed through their windows until the images were exhibited; pedestrians walking in front of a white wall on a Las Vegas street, as if they were frozen in front of seamless paper in a photo studio; and people eating, drinking and daydreaming in a café opposite his Tribeca studio. During the Covid-19 lockdown, Svenson made the most of his time indoors by aiming his long lens at passersby on the streets below his New York apartment windows. Capturing candid shots of people venturing out, he found the studio of the street to be a place filled with wonders once again, and—through a bit of ingenious cropping—the 38 pictures in the exhibition “A Beautiful Day” reveal the beauty and resilience of humanity, even in the worst of times. Through March 19