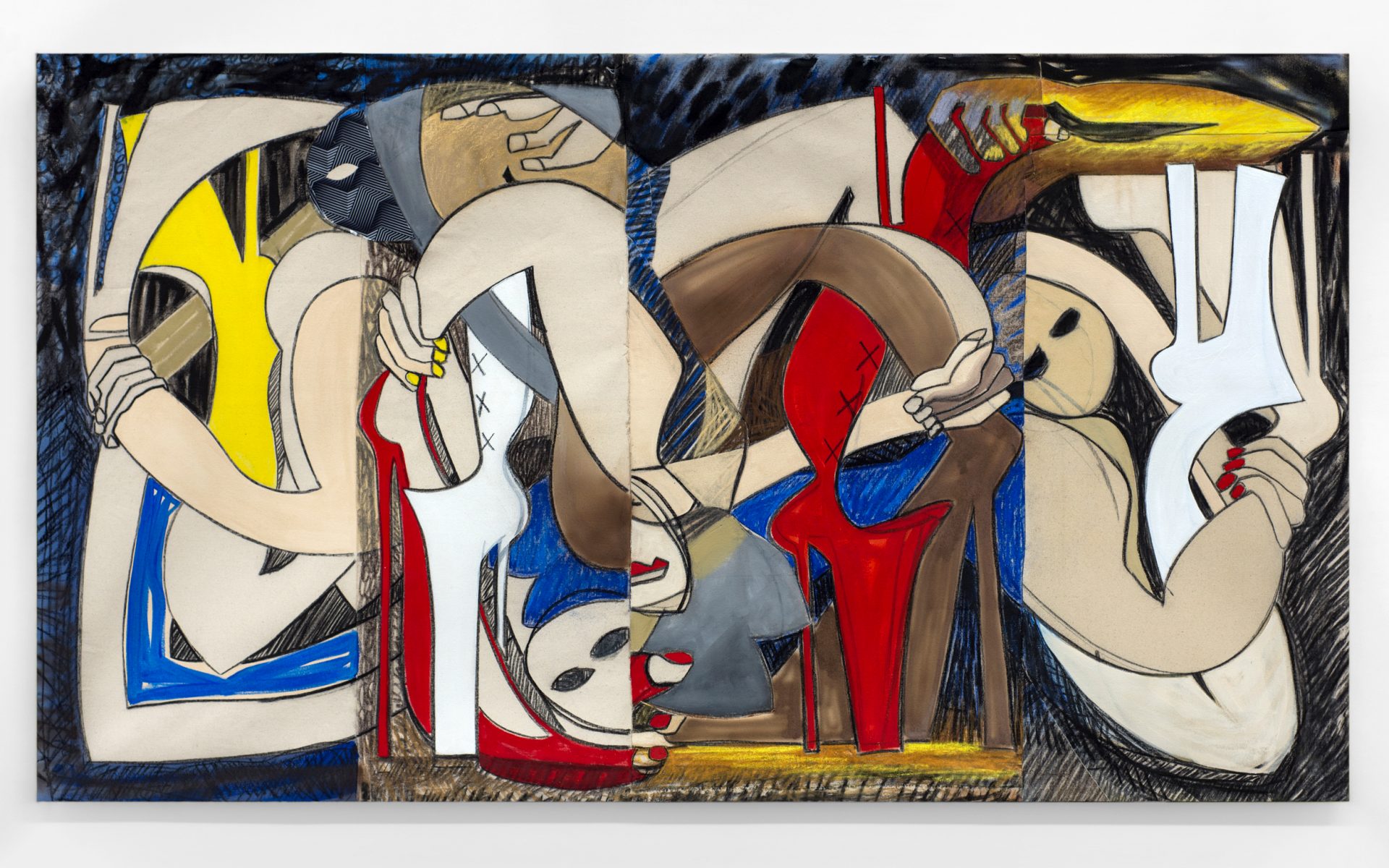 As Condo London opened this weekend, some artists set imaginations on fire

Condo London 2019 opened this weekend across the English capital. As per the particular conceit of this event, 18 London galleries host 32 international galleries for a monthlong show in their space (on view through February 9). Started in London in 2016 by Vanessa Carlos of Carlos/Ishikawa, these collaborative exhibitions now also take place annually in New York, Shanghai, and Mexico City.

Artists and gallerists from as far away as Tokyo set up shop, giving us the chance to see work by emerging artists from all over the world. The art world came out in force to see what was on view as the first art event of the year kicked off.

While there was enthusiasm for Condo, with fantastic shows at Hollybush Gardens, Sadie Coles HQ, and Greengrassi, there were some artists that just set people’s imaginations on fire this weekend. Here are the top five in no particular order. The first stop of the opening weekend at Condo for critics, curators, and art lovers alike was Boychild’s performance at the opening of her first exhibition at Carlos/Ishikawa, the result of a study into hand dances.

The performance, which started with and was lead by choreographed movement of her hands (or what she calls her “hand dances”) and was lit from above with red light, took place in silence broken only by the sound of her breath. The performance had two dimensions to it, the physical movements and the shapes and shadows cast on the gallery floor.

The performance was complemented by drawings, transcriptions of her hand dances, and a beautiful video work, Caresses (2018). This was one of those rewarding moments when considerable hype turns out to be well-deserved.

The gallery is also hosting Chapter NY, which brought a selection of paintings by Samuel Hindolo and Shanghai’s Antenna Space, which brought painting, photography, and writings by Xinyi Chin. Upon heading up the anonymous flight of stairs that takes you from the center of Soho to the Arcadia Missa gallery, I was greeted with a fashionable crowd. Pushing through the throng and into the tightly packed gallery space, which was buzzing with conversation, I met The Gossips, a group of glaring, snarling cyber babes decorated like ’90s club kids and posed like ancient sirens.

Von Zeipel is a Swedish sculptor who explores youth, sex, and gender. Her figurative work is sometimes surreal and larger than life, and other times lifelike. While she often works in white plaster, the color she employs in this show heightens the drama of these statuesque superbeings. Continuing the post-human theme, Amaral’s untitled installation evokes a sci-fi horror film, combining organic and inorganic matter, sculpture, and film, and surrounds it all with claustrophobic translucent plastic sheeting. The smell of the composting soil that lines part of the room is overpowering. The latex-covered sculpture of melted plastic running shoes and body armor has a decidedly extraterrestrial aesthetic. The film, shot with night vision, imparts a sense of outer space and the deep sea. Everything is muted, suffocated, and at a remove. This is fantastic, if a little disturbing, work. Upstairs at the gallery, which is at Modern Art’s Vyner Street location, visiting gallery Galerie Mehdi Chouakri presents Charlotte Posenenske’s minimalist sculpture and painting to great effect. Seeing these works next to Deshayes’s only underscores how ahead of her time the artist was. Gender, identity, sexuality, and nightlife are perennial concerns for the Mexico City–based artist Chelsea Culprit. A mix of painting and sculpture, these works have humor, outrageousness, and an element of surprise. Low sitting Aztec gargoyles grin from floor level surrounded by Cubism-influenced paintings and mixed-media works hung on the walls. Most visitors agreed that this is one of the most complete and well-realized shows at Condo this year.