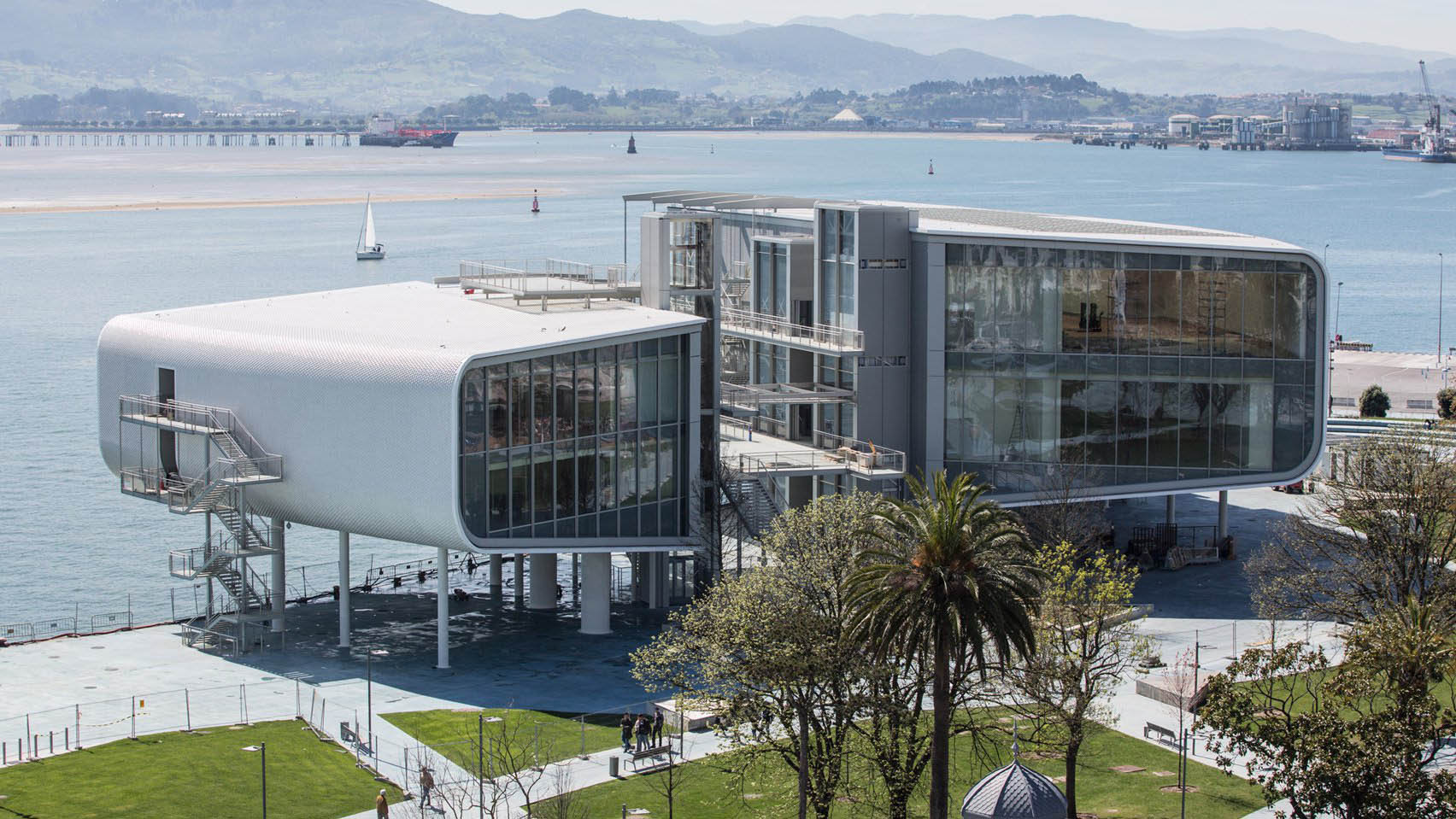 From a former Masonic Temple in L.A. to a Renzo Piano-designed compound in Spain, these international art spaces are worth a standalone trip Prominently situated on Wilshire Boulevard, this 1961 Scottish Rite Masonic Temple has been transformed into Southern California’s latest arts destination thanks to Guess Jeans founders Paul and Maurice Marciano, who purchased the travertine-clad structure four years ago. To convert the 110,000-square-foot edifice into an appropriate venue for their foundation’s 1,500-piece contemporary art collection, the Marcianos recruited Thai architect Kulapat Yantrasast, cofounder of L.A.-based firm wHY, whose past projects include the Speed Museum in Louisville, Kentucky. Open free to the public, the institution is currently hosting a trio of inaugural exhibitions, including Jim Shaw’s first solo show in the city. marcianoartfoundation.org World-renowned architect Renzo Piano makes his Spanish debut on June 23 with this elevated pair of oblong volumes set on the country’s northern coast. Clad in a dazzling array of 270,000 reflective ceramic discs, the 110,00-square-foot complex will display the permanent collection of the Fundación Botín, a philanthropic group founded in the 1960s, and contain classrooms and a 300-seat auditorium. Meanwhile, Belgian enfant terrible Carsten Höller has been tapped to create new works to fête the space. centrobotin.org June 28 marks the opening of Magazzino, a massive art warehouse in New York’s Hudson Valley, which collectors Nancy Olnick and Giorgio Spanu expanded to house their 400-piece trove of postwar and contemporary Italian art. Located in Cold Spring, the 20,000-square-foot complex, designed by Spanish architect Miguel Quismondo, will debut with an exhibition celebrating Margherita Stein, a pioneer of the Arte Povera movement. “We were overwhelmed and fascinated by the conceptual nature of the work,” says Olnick, recalling the couple’s first encounter with the genre at the Castello di Rivoli in Turin. On view will be pieces by several Stein artists, including Alighiero Boetti, Giuseppe Penone, and Giulio Paolini. Free to the public, by appointment. magazzino.art Just in time for its 165th anniversary, London’s famed Victoria and Albert Museum will unveil its much-anticipated expansion, conceived by the studio of esteemed British architect Amanda Levete. To celebrate the enlargement, a weeklong festival starting June 30—dubbed REVEAL—is slated to include a host of free public programs and events, including an immersive light installation by Simon Heijdens, which will inaugurate the new 12,000-square foot Sainsbury Gallery. Also debuting is a new museum entrance and the world’s first porcelain-paved public courtyard. vam.ac.uk The largest museum to open on the African continent in more than a century, the 100,000-square-foot Zeitz Museum of Contemporary Art Africa occupies an erstwhile grain silo radically transformed by London-based Heatherwick Studio. Named after the private benefactor Jochen Zeitz, who is loaning his collection to the museum, the space will open to the public on September 22 with a trio of full-floor exhibitions by some of Africa’s most exciting talents: Swaziland-born sculptor Nandipha Mntambo, Zimbabwean artist and political activist Kudzanai Chiurai, and Angolan photographer Edson Chagas. And lucky for travelers, the 28-room Silo Hotel—which opened earlier this year—is perched above the galleries and offers sweeping views of the cityscape, waterfront, and famed Table Mountain. zeitzmocaa.museum