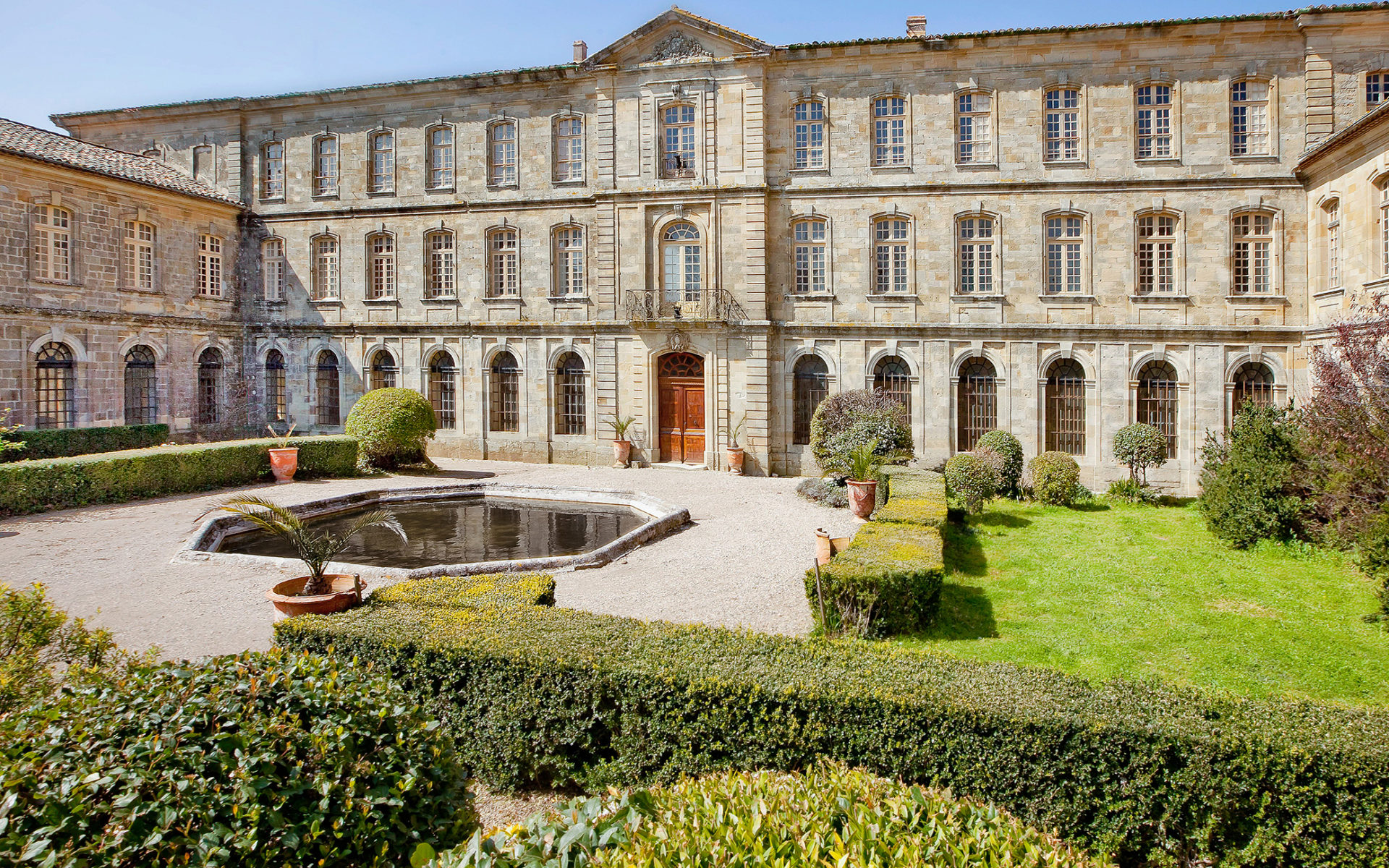 Château Cassan in France is on the market for $17.6 million.
Photo: Courtesy of Immobliére Foch Sotheby's International Realty

Oenophiles take note: these estates—from Sonoma County to the South of France—come with a major on-site perk In 1978, when his family sold their eponymous baked-goods company, Robert Entenmann bought this onetime potato farm on Long Island’s North Fork so he could raise Thoroughbred horses. But as neighboring wineries began cropping up, Entenmann developed an interest in viticulture and planted the first of 88 acres of grapevines, which now produce up to 18,000 cases of wine a year. Christened Martha Clara Vineyards after Entenmann’s mother, the 205-acre estate has a 10,000-square-foot manor house with, fittingly, a commercial-grade baking space and a spa. The 17 buildings include a public tasting room, nine barns, and three cottages. Contact: corcoran.com Originally built as a modest priory in the 11th century, this landmarked building was generously enlarged over the centuries to its present 66,000-square-foot size. Set on 82 lush acres in the Languedoc-Roussillon region (half the acreage is dedicated to growing Grenache, Syrah, and Cinseault grapes), this château retains historic elements like ornate wrought-iron balustrades, limestone floors, and a cloister, while getting a modernized electrical system and roof. A particularly spectacular update: The monastery’s 141-foot-long apse has been converted into a vaulted wine cellar. Contact: sothebysrealty.com

For 13 generations the same Catalonian family harvested the so-called Mediterranean Trilogy of grapes, wheat, and olives at this 16th-century estate, known as Mas Coll. The current owners—who purchased the sprawling property in 2001—have maintained the tradition, caring for a 106-acre vineyard (which produces white wine, rosé, red wine and sparkling wines) and a grove of 1,600 olive trees. They’ve also renovated the 7-bedroom retreat, which boasts original tiles, stonework, and barrel vaulting, not to mention a massive oil mill that’s been preserved as part of the family’s own private museum. Located just minutes by car from the region’s white-sand beaches, the home also come with a serene pool. Contact: christiesrealestate.com

Cover: Château Cassan in France is on the market for $17.6 million.
Photo: Courtesy of Immobliére Foch Sotheby's International Realty
Next Post