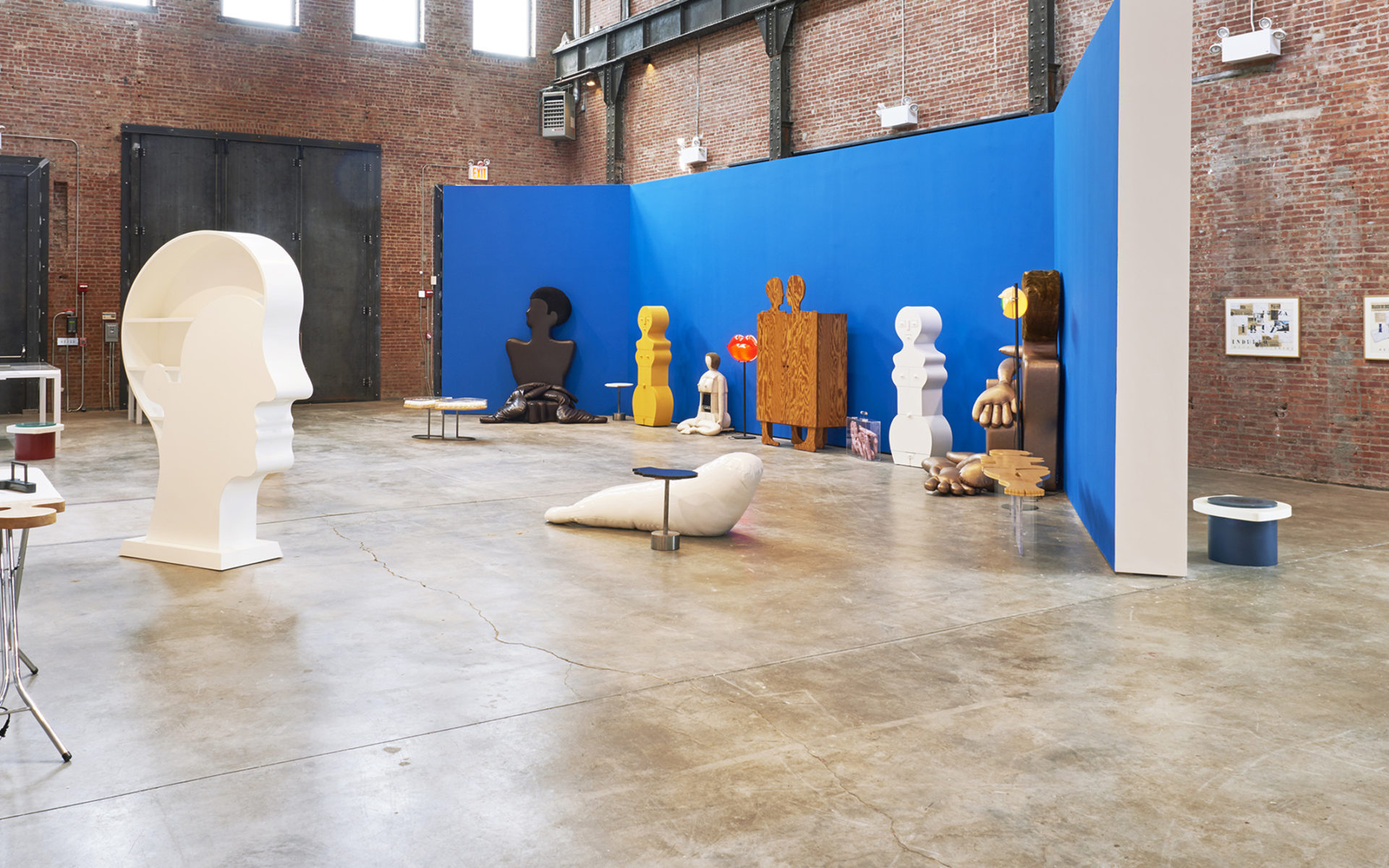 From the Met‘s blockbuster Rodin show to a thought-provoking display of Chinese art at the Guggenheim, there’s plenty to satisfy art lovers this season

The Met Breuer
“Delirious: Art at the Limits of Reason”
Through January 14, 2018

Embracing irrationality, the premise of this exhibition is that delirious times demand delirious art. Between 1950 and 1980, artists responded to social and political unrest around the world by incorporating absurdity, disorder, nonsense, and repetition into their work. These artists are said to destabilize space and perception, give form to extreme mental, emotional, and physical states, and derange otherwise logical structures and techniques. On display you’ll find 100 of such works by 62 different artists, including favorites like Yayoi Kusama, Sol LeWitt, and Robert Smithson. 945 Madison Avenue; metmuseum.org. This sartorial extravaganza explores the present, past, and future of 111 items of clothing and accessories that have had a significant impact on the world over the past 200 years. Relationships between fashion and functionality, culture, aesthetics, politics, labor, identity, economy, and technology are all explored. Expect to see the contemporary (think Levi’s 501s, the Breton shirt, and the Little Black Dress) plus pieces as ancient and culturally charged as the sari, the pearl necklace, the kippah, and the keffiyeh. 11 W 53rd Street; moma.org. Commemorating one of the earliest documented moments of cross-cultural exchange between Japan and the West, this exhibition will unveil a new series by revered photographer Hiroshi Sugimoto while also juxtaposing his monumental black-and-white photographs of early modern European art and architecture with traditional Japanese artworks. Together, this display will capture the story of four boys, who, in the late 16th century were among the first Japanese to travel to Europe. 333 E 47th Street; japansociety.org. The Metropolitan Museum of Art
“Rodin at the Met”
Through January 15, 2018

To mark the centenary of Rodin’s death, the Met will celebrate its collection of the artist’s work, from his iconic sculptures including The Thinker and The Hand of God, as well many others which have not been on view for decades, such as The Tempest. Paintings by Rodin’s contemporaries will also be presented in dialogue with the artist’s sculptures. 1000 5th Avenue; metmuseum.org. Rodin’s Pair of Standing Nude Male Figures Demonstrating the Principles of Contrapposto according to Michelangelo and Phidias (c. 1911) in terracotta. Photo: The Metropolitan Museum of Art, Gift of Iris and B. Gerald Cantor Foundation, 1987

Nicola L.’s first institutional survey, this exhibition will include an array of her interdisciplinary works, from “functional art” to paintings, collages, and films. Her works are nonetheless thematically linked, maintaining certain threads and motifs, returning to images, objects, and ideas and reinvesting them with new meaning. 44-19 Purves Street, Long Island City, Queens; sculpture-center.org. An installation view of “Nicola L.: Works, 1968 to the Present” at SculptureCenter. Photo: Kyle Knodell

The New Museum
“Trigger: Gender as a Tool and a Weapon”
Through January 21, 2018

Representing no single point of view, and in some cases contradictory positions, “Trigger” assembles a diverse group of artists (from rising L.A photographer Paul Mpagi Sepuya to breakout Connecticut star Tschabalala Self) for their shared desire to contest repressive orders and to create new aesthetics—beyond the binary. The exhibition also includes a number of newly commissioned works that explore gender beyond the binary to usher in more fluid and inclusive expressions of identity. 235 Bowery; newmuseum.org. Showcasing a transformative period of modern Chinese and world history, “Art and China after 1989” presents a survey of radically experimental (and sometimes controversial) art. The  exhibition seeks to reposition art history in a way that sees China as integral to the emergence of the global contemporary scene. Expect works by major figures like Chen Zhen, Song Dong, Yin Xiuzhen, Hong Ping, and Ai Weiwei. The catalogue also features interpretive analysis by scholars such as Katherine Grube and Lu Mingjun. 1071 5th Avenue; guggenheim.org. Chen Zhen’s Precipitous Parturition (1999), a 50-foot flying dragon made of bicycles, bicycle tires, and toy cars, dangles in the atrium of the Guggenheim. Photo: Lucy Rees

In the first comprehensive retrospective of Schneemann’s work in the United States, this exhibition investigates the social construction of the female body and the sexual and cultural biases implicit in traditional art narratives. Schneemann’s provocative pieces foreground her body in ways that challenge prevailing attitudes about female sexuality. 22-25 Jackson Avenue, Long Island City, Queens; moma.org. A bird-shaped candy box by Dagobert Peche is among the treasures on display at Neue Galerie’s upcoming show. Photo: Neue Galerie New York

Public art prior to the 1960s was limited mainly to war memorials and civic-minded murals. But in the years since then, bolder artistic visions have been embraced in the public realm, leaving space for hundreds of innovative works, both permanent and temporary. The exhibition features renderings, models, photographs, and video footage tracing the creation of some of New York’s most loved public artworks from the last 5 decades by such artists as Red Grooms, Christo and Jeanne-Claude, and Kara Walker. 1220 5th Avenue; mcny.org. Produced in the artistic melting pot of early 20th-century Paris, Modigliani’s evocative artworks cannot be understood without recognizing the intense social realities of the day. Such is the goal of “Modigliani Unmasked,” a stirring new exhibit at the Jewish Museum that showcases approximately 150 of Modigliani’s early-career drawings, paintings, and sculptures. The works are complemented by objects from various cultures that inspired him—from Africa to Greece. 1109 5th Avenue & 92nd Street. thejewishmuseum.org.