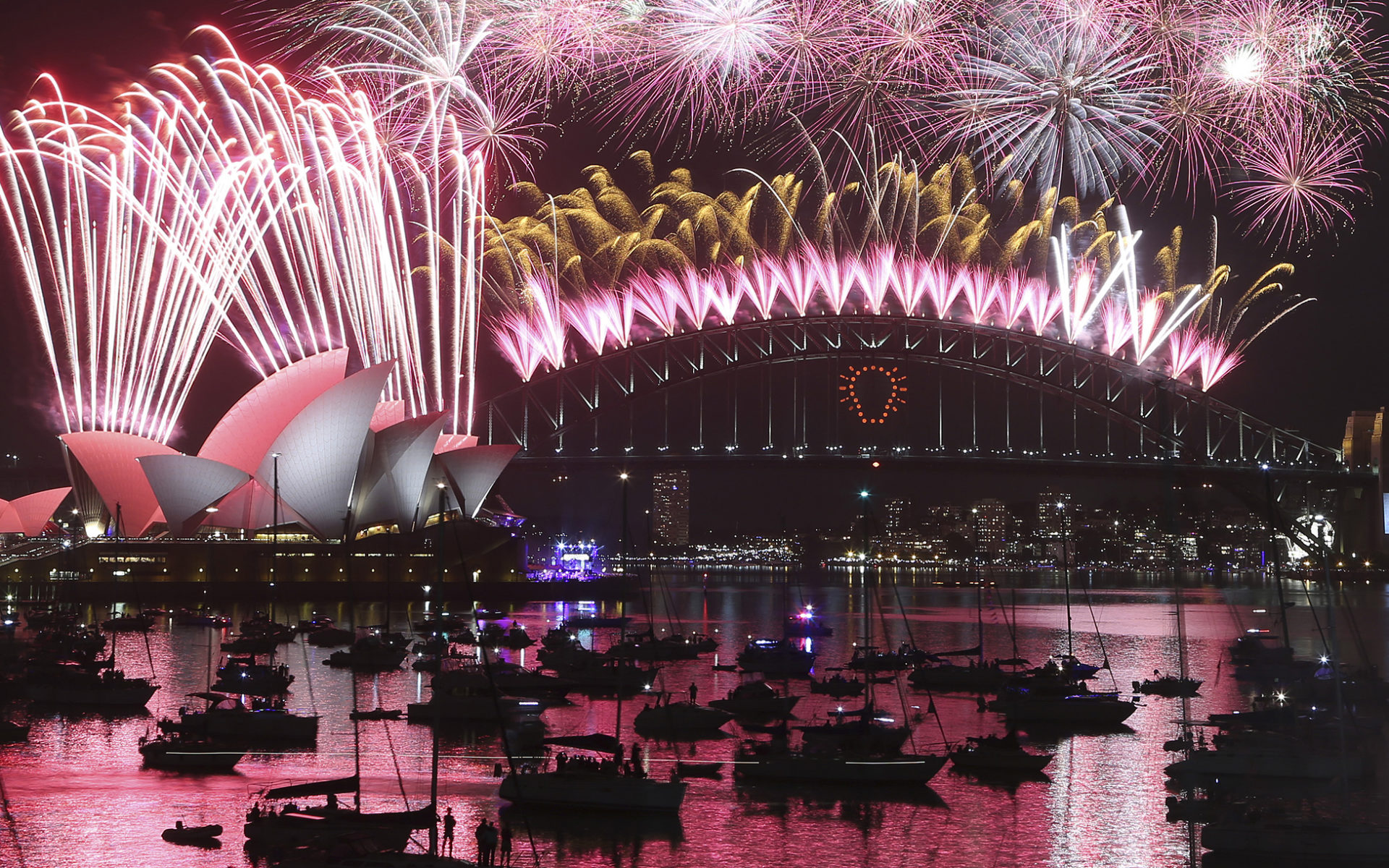 Fireworks explode over the Opera House and the Harbour Bridge during New Years Eve celebrations in Sydney.
Photo: AP/Rob Griffith

From a black-tie gala in Edinburgh to a seven-course degustation in New York, these decadent events will help you ring in 2018 in style

New Year’s Eve is just around the corner, meaning it’s time to start making celebration plans. Read on for ten of the most glamorous places to ring in the new year, from five-star hotels to the world’s best restaurant, then get your gowns and tuxedos ready for a night of revelry. Let’s welcome 2018 in style.

Does anything say “glamorous” more than the Ritz in Paris? For a cool €2,018, you can dine at the hotel’s La Table de L’Espadon, which has two Michelin stars, feasting on a menu of scallops, caviar, lobster, and more. And, of course, there’s a wine pairing included. Afterwards, dance the night away at the Ritz Bar. For a black-tie affair, head to the Balmoral hotel in Edinburgh, which hosts the Hogmanay Gala Ball each New Year’s Eve. Expect Champagne and canapés, a four-course dinner, and performances by the Royal Burgh of Stirling, a jazz trio, and ceilidh musicians, not to mention grand views of the fireworks over Edinburgh Castle.

At.mosphere at the Burj Khalifa, Dubai Take in the views of Dubai from the tallest restaurant in the world, situated on the 122nd floor of the Burj Khalifa. You’ve got two options for celebrations: There’s the family-friendly affair at the restaurant (for children ages ten and up), and the 21-plus celebration in the lounge. Both will feature performances by magicians, and the adults-only party will have a live DJ. At either celebration, you’ll have a front-row seat to the midnight fireworks, which are shot off the Burj Khalifa itself. This five-star hotel in Berlin hosts a number of New Year’s Eve dinners and parties, ranging from a seven-course dinner (and midnight buffet) at Lorenz Adlon Esszimmer, which received two Michelin stars under chef Hendrik Otto, to a gala in the ballroom. If you’d like to include accommodations with these festivities, Hotel Adlon Kempinski offers special packages. The iconic bar from Lost in Translation hosts a New Year’s Eve party that offers spectacular views of the fireworks—and live jazz music. While canapés and one glass of Champagne are included in the admission price, you might want to consider starting your evening with a five-course dinner at the neighboring New York Grill.

The Belvedere/The Living Room at the Peninsula, Beverly Hills On New Year’s Eve, revelers can enjoy a six-course dinner at the Belvedere restaurant at the Peninsula Beverly Hills, followed by an evening of live music and dancing at the Living Room. If you’re staying at the hotel overnight, consider dropping by the New Year’s Day Brunch or formal tea serving. Aqua Shard at the Shard in London. Photo: Courtesy of WFC Contractors

The South Bank’s pyramidal skyscraper, designed by Renzo Piano, is home to restaurant and bar Aqua Shard, which will host a series of events on December 31. Start with a five-course meal of contemporary British cuisine, enjoy a live performance by a swing band, see the Mayor of London’s fireworks, then party all night long in the atrium bar. Enjoy not just one night of festivities at the luxurious La Mamounia in Marrakech, but several! The lead-up begins with a party on the night of the 28th, followed by others each night through the 31st. Kick off the big day with a New Year’s Eve brunch, then enjoy live performances throughout the evening, dinner at one of four restaurants, and a celebratory midnight countdown in the lobby. If you want an amazing view of the fireworks over the Sydney Harbor, book a window seat at Altitude at the Shangri-La Sydney. It won’t be cheap (it’s about $1,000), but you’ll get the best view of the show, not to mention a seven-course meal that includes foie gras brulee, lamb loin, and a glass of vintage Champagne.

Cover: Fireworks explode over the Opera House and the Harbour Bridge during New Years Eve celebrations in Sydney.
Photo: AP/Rob Griffith
Next Post