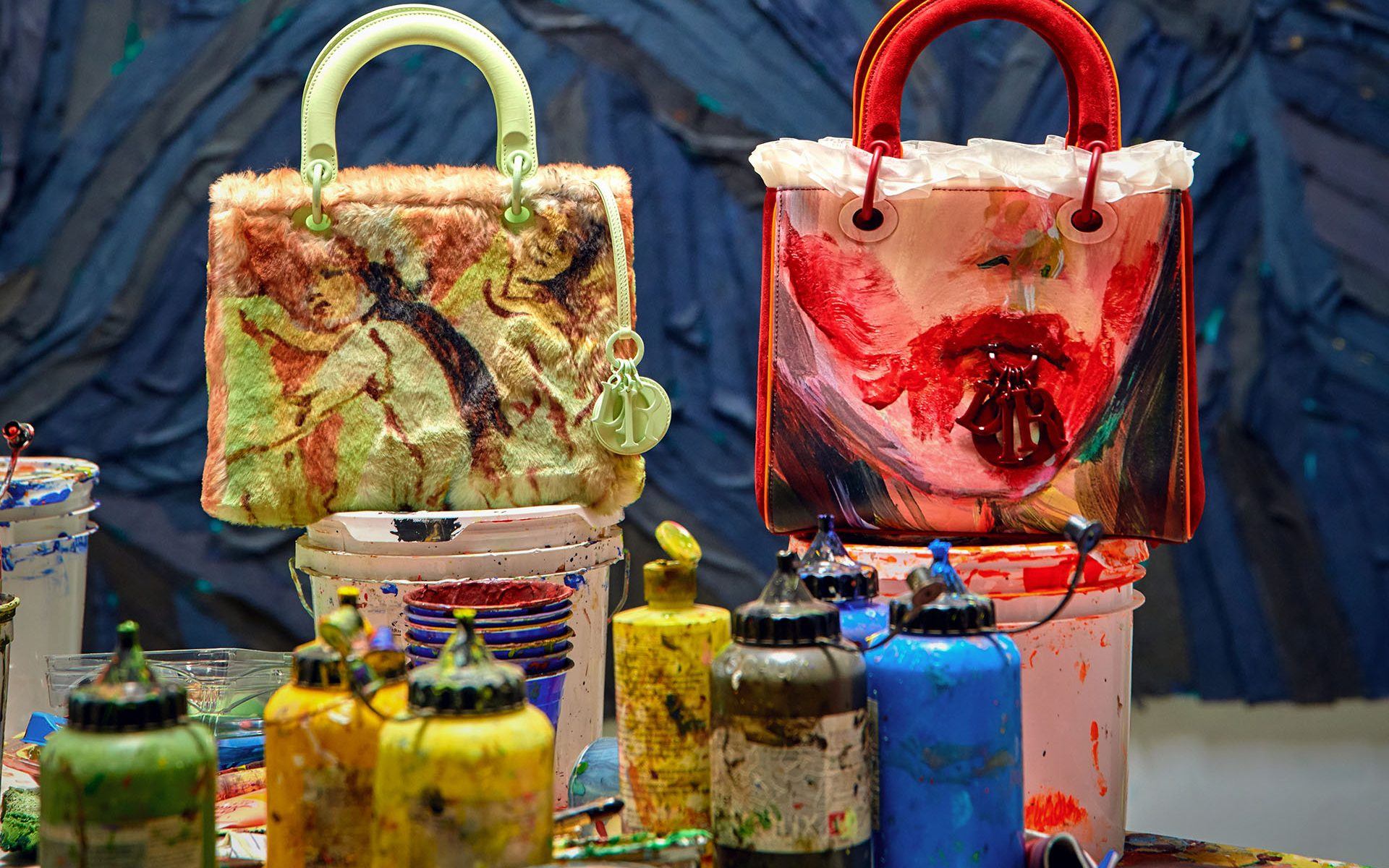 Wearable artworks by Judy Chicago, Song Dong, Claire Tabouret and more are sure to be collector’s items 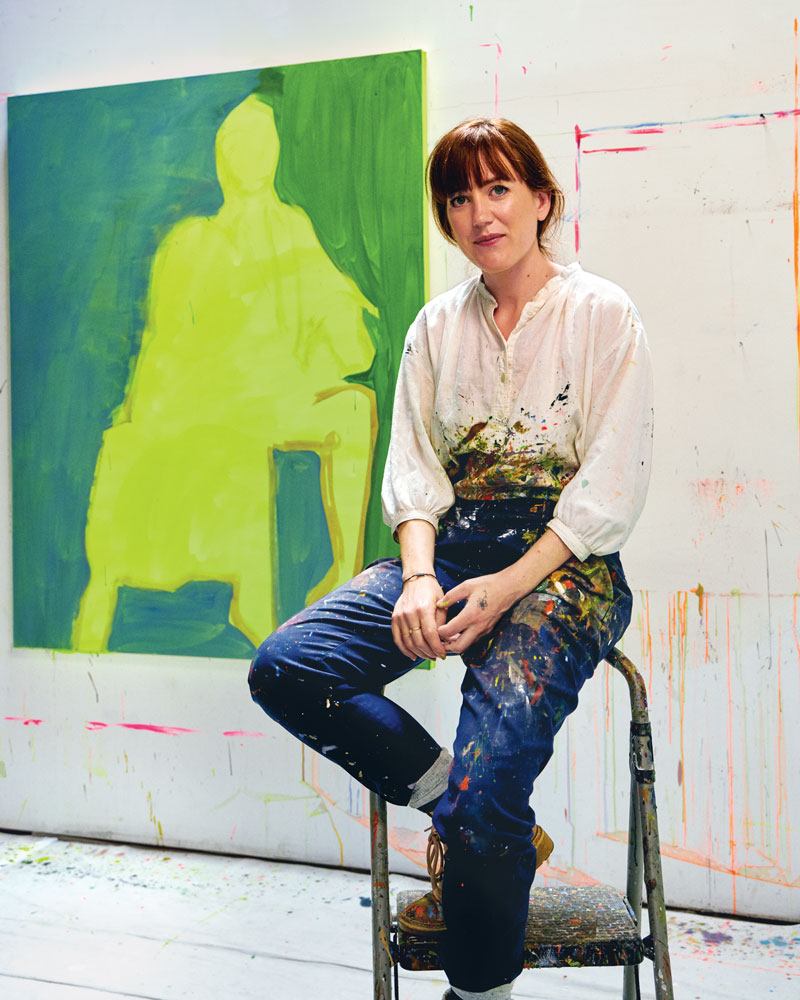 Claire Tabouret in her studio Photo: Courtesy of Dior

The relationship between fashion and art has always been symbiotic. But this season it’s being taken to new heights, as major blue-chip names and the buzziest emerging stars translate their unique visions into the season’s most coveted accessories. One needs to look no further than the latest edition of the Dior Lady Art project, where the storied French maison debuted ten fresh versions of its famed Lady Dior handbag, each imaginatively transformed by an artist’s unique vision.

Since the Dior Lady Art’s launch in 2016, the Lady Dior’s quilted motif and the iconic lettered charms that hang from its rounded handles have been transformed by such artists as Isabelle Cornaro, Athi-Patra Ruga, and Marguerite Humeau. Now, for the fifth edition, a new crop of artists has taken on the challenge, hailing from China, Madagascar, India, South Africa, Russia and the United States. Among the talents are Joël Andrianomearisoa, Judy Chicago, Giesla Colón,  Bharti Kher, Mai-Thu Perret, Recycle Group, Chris Soal, Claire Tabouret, and Olga Titus.

Mai Tu Perret in her studio. Photo: Courtesy of Dior

Bharti Kher in her studio. Photo: Courtesy of Dior

The bag was first launched in 1994 by then-creative director Gianfranco Ferré, and the style was famously beloved by Princess Diana, who was gifted the accessory by France’s First Lady, Bernadette Chirac, in 1995. “An artisanal gem designed, sewn and stitched to accentuate the most beautiful materials, and an open book on the storied identity of a house deeply attached to its symbols,” the house writes in a press statement. “It writes its own history in bold twists and turns, beyond the realm of fashion.” 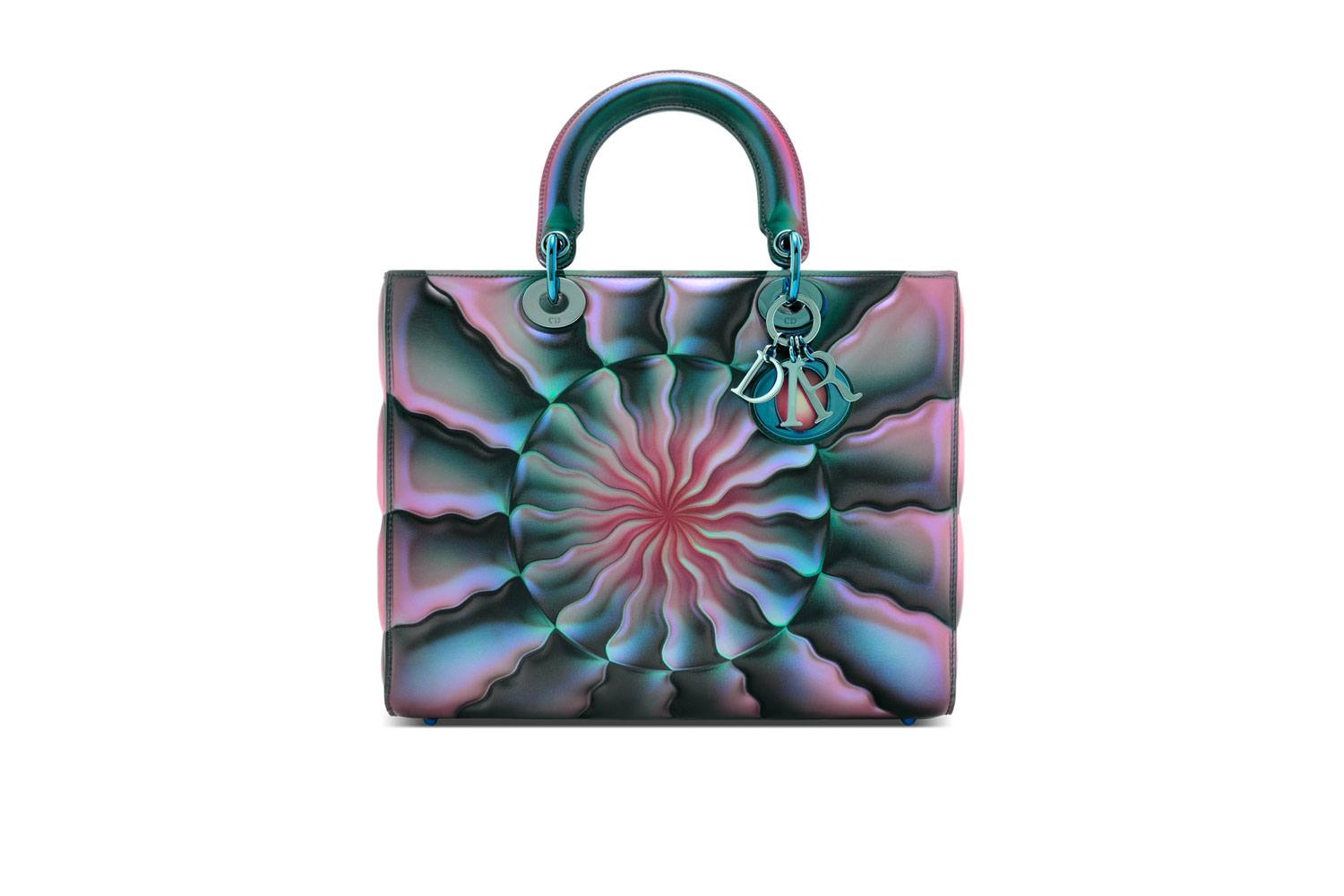 Judy Chicago’s version is a striking blend of the artist’s feminist vision and house’s unique craftsmanship. Created with a highly technical material and embellished with a pearlized-effect dichroic treatment, the design is rounded out by tonal metal hallmark ‘D.I.O.R.’ charms. “It’s been an amazing opportunity to translate my images into a different and resplendent form,” Chicago tells Galerie. “It has been very exciting to work with Maria Grazia and the Dior team to create an unusual method of literally bringing my art into the hands of many women.” 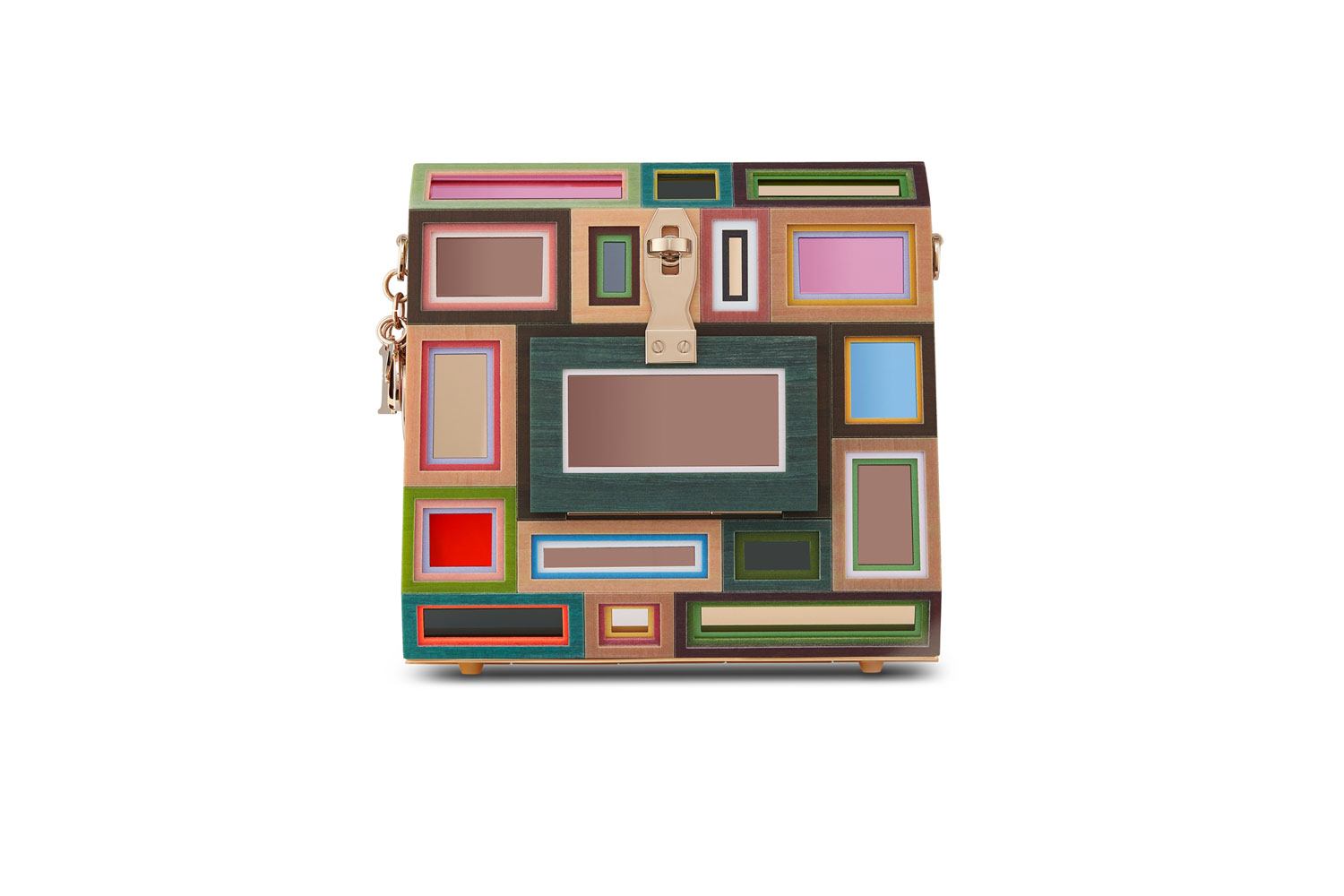 Song Dong, one of the most important figures in Chinese contemporary art, crafted a graphic mosaic of colorful miniature windows and mirrors, which appear to be a scaled down version of his best known installations. Windows and doors are a key motif in Dong’s work, which explores themes of memory, self-expression, impermanence, and the transience of human endeavors. 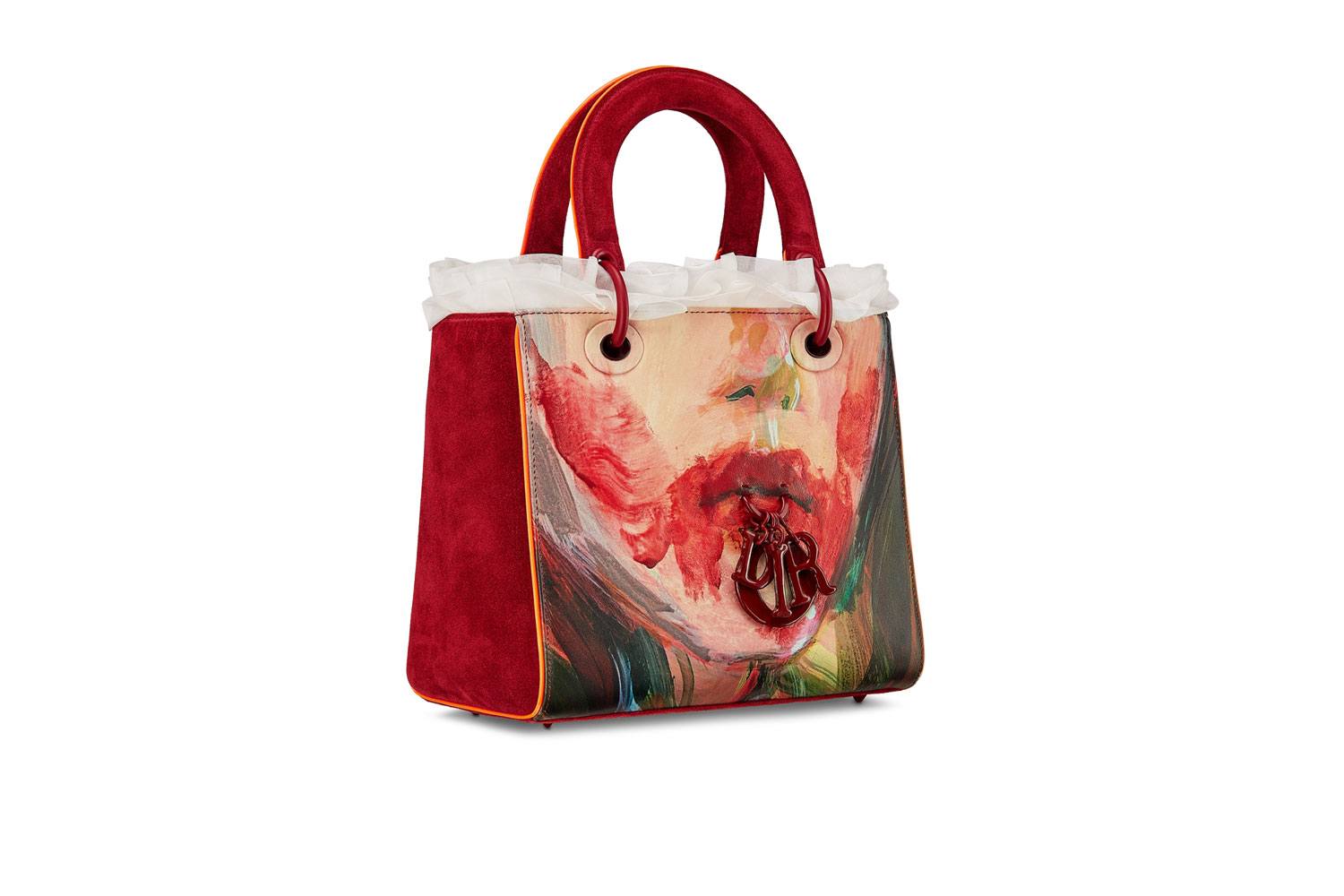 The young Paris-born, Los Angeles–based artist Claire Tabouret crafted two bags, each an extension of her unique painterly world, which is informed by a sensitivity to the passage of time and vulnerability of human relationships. “The first was inspired by a series of paintings I did on a fur fabric, a material I wanted to work with again,” Tabouret tells Galerie. “The bag is soft and pleasant to the touch—very sensual. We printed one of my paintings of a group of dancers which wrap their arms around the bag. Up close, you only see the  material and abstract color but from a distance you can see the image and the dancers’ bodies and faces.”

The second bag evokes one of Tabouret’s recent self-portraits as a vampire. “My mouth is bloodstained and I hold the letters of ‘Dior’ between my lips. The collar evokes the vampire’s costume,” she says. The seams and lining of each bag are a dazzling fluorescent shade used in all the artist’s work, creating the effect that they are lit from within. “The history of art is rich in inspiration; there’s a perpetual dialogue with fashion,” she adds. “I like to think of clothing as a form of expression; the body becomes a moving sculpture in the public space.”

See the entire collection below. 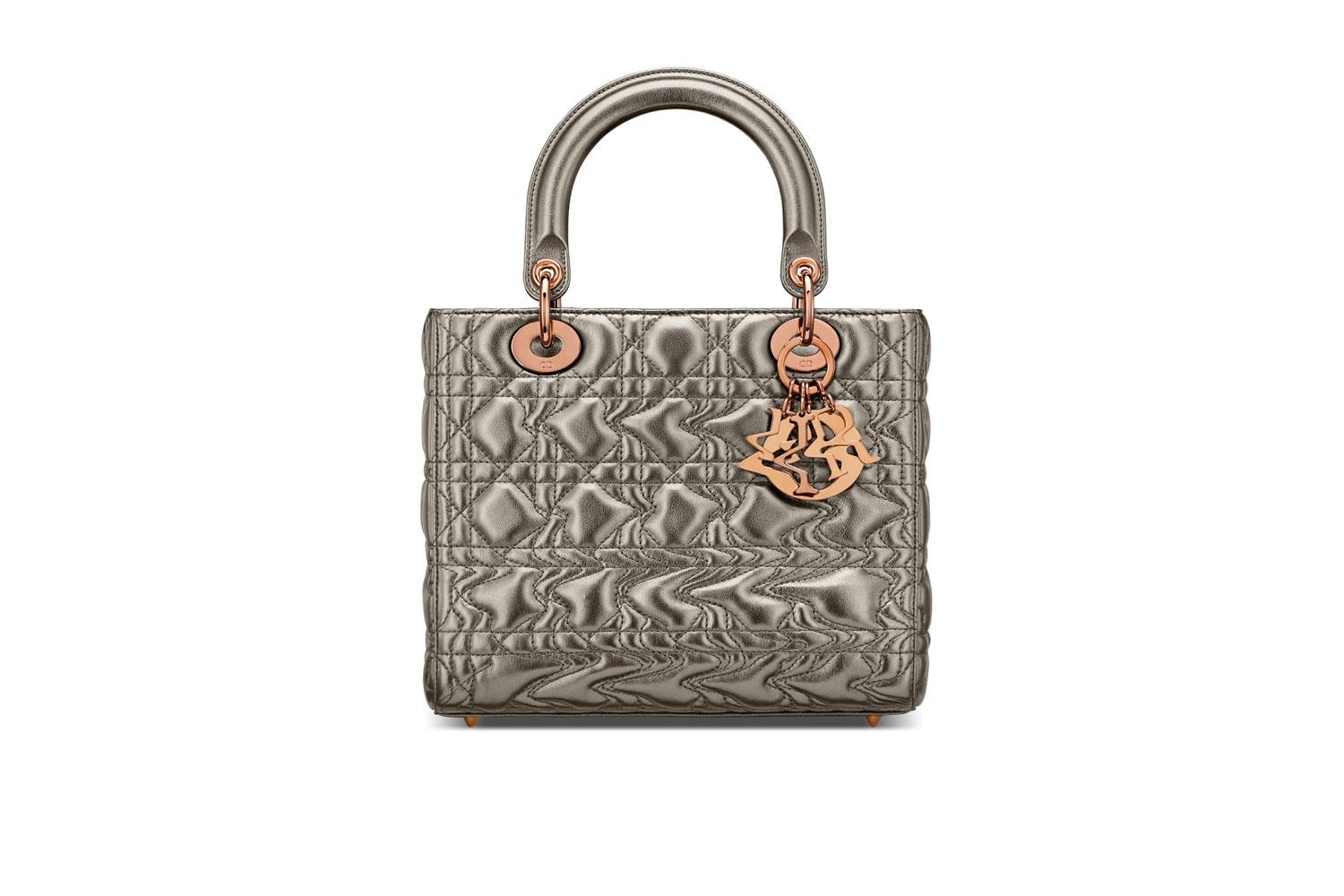 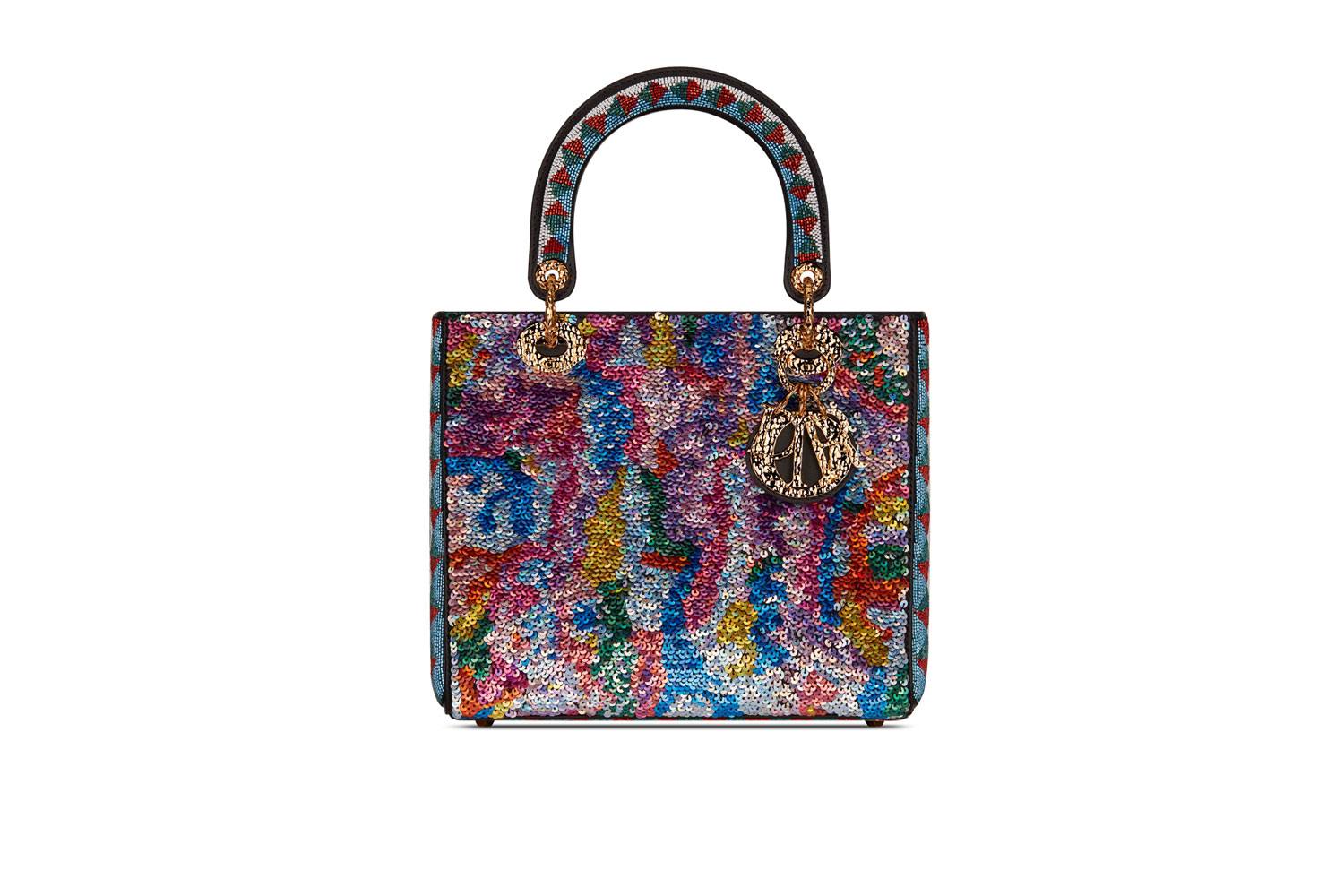 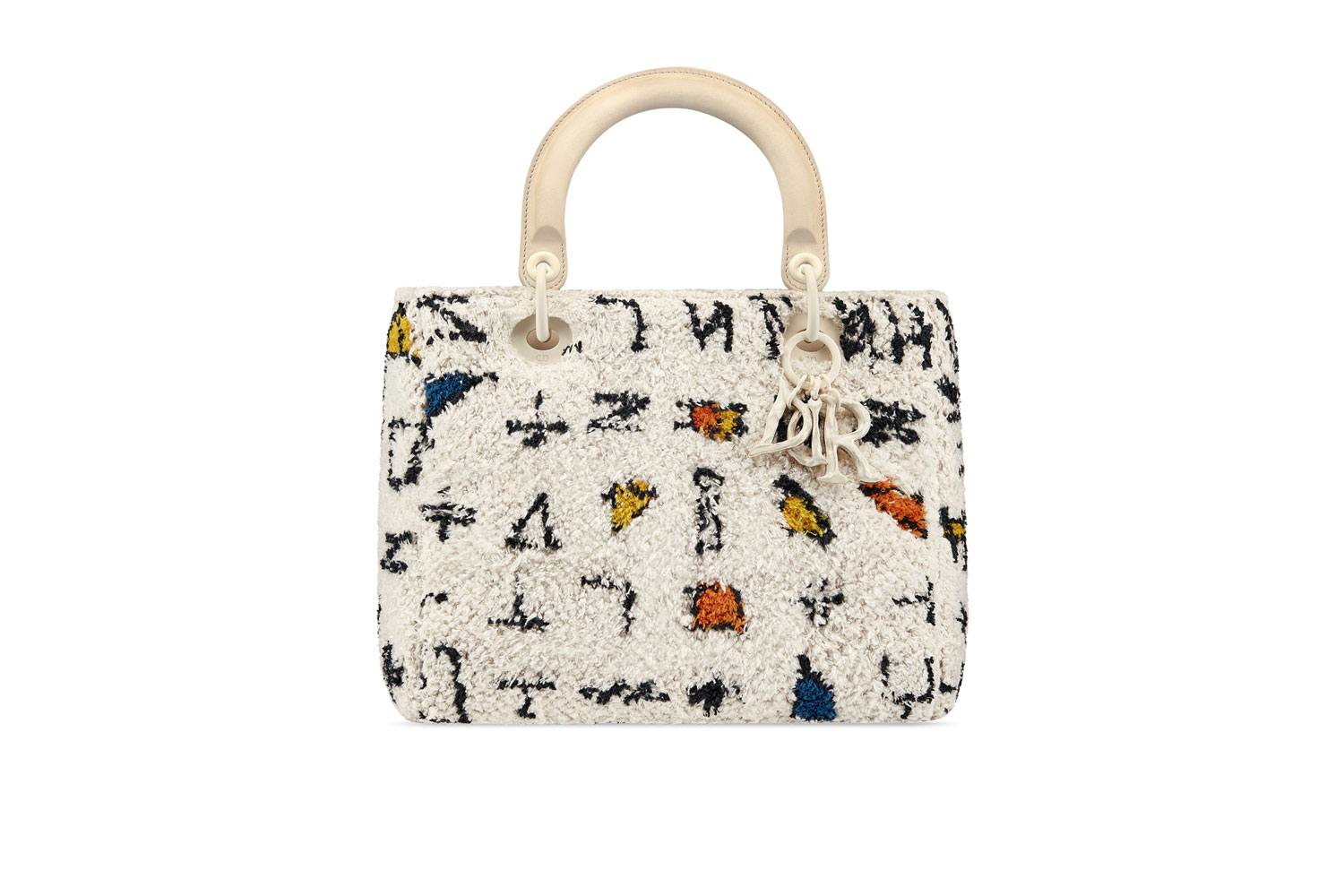 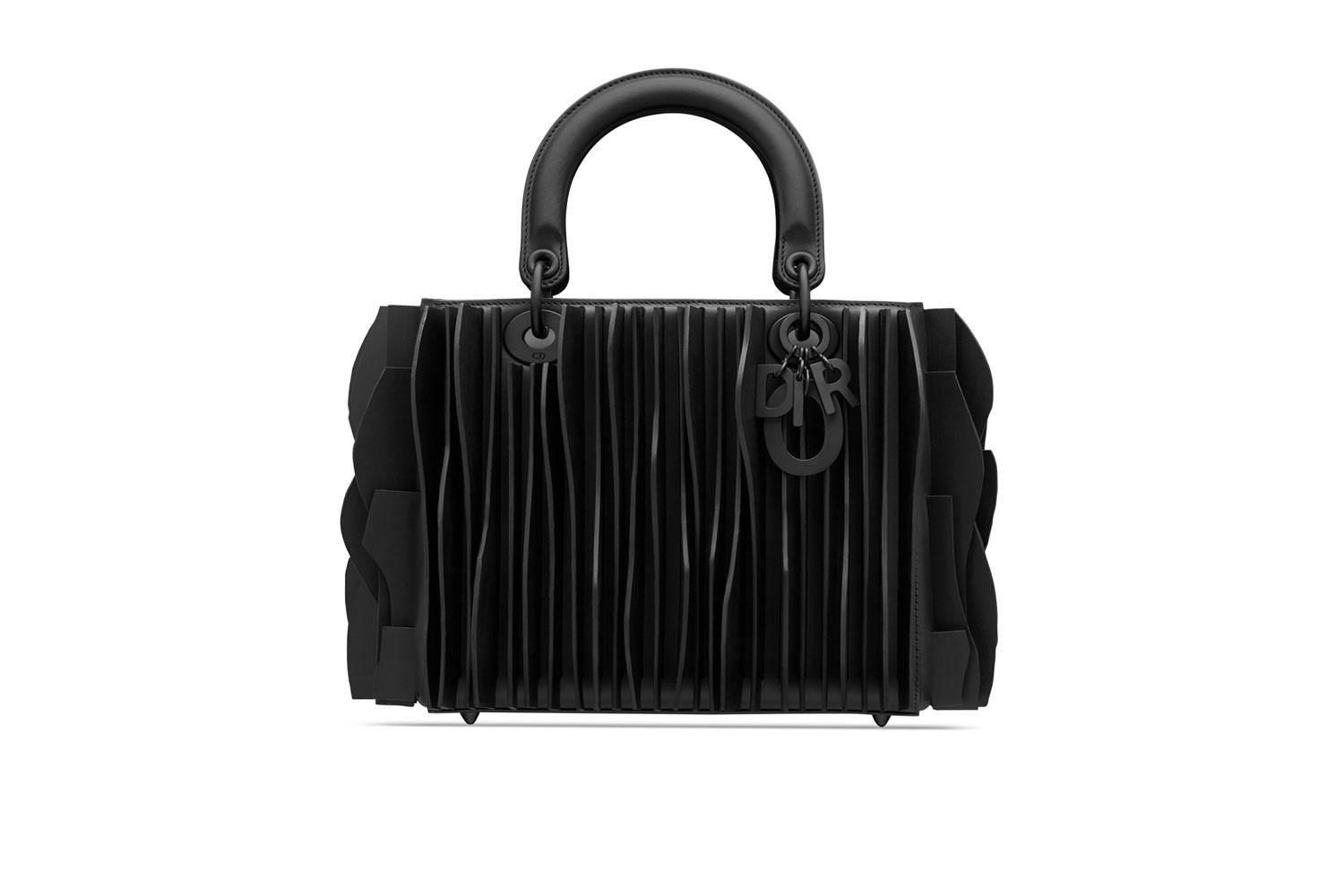 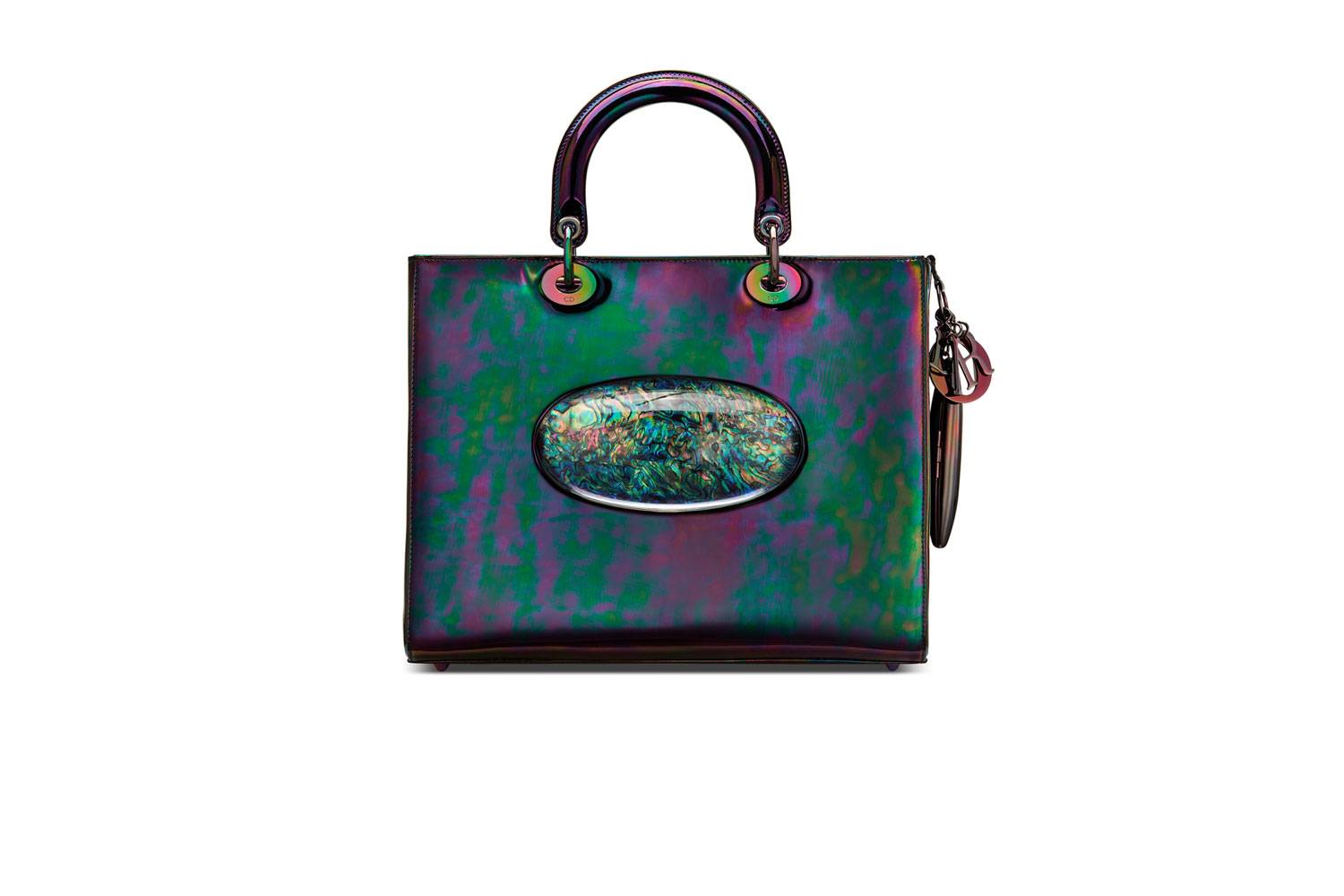 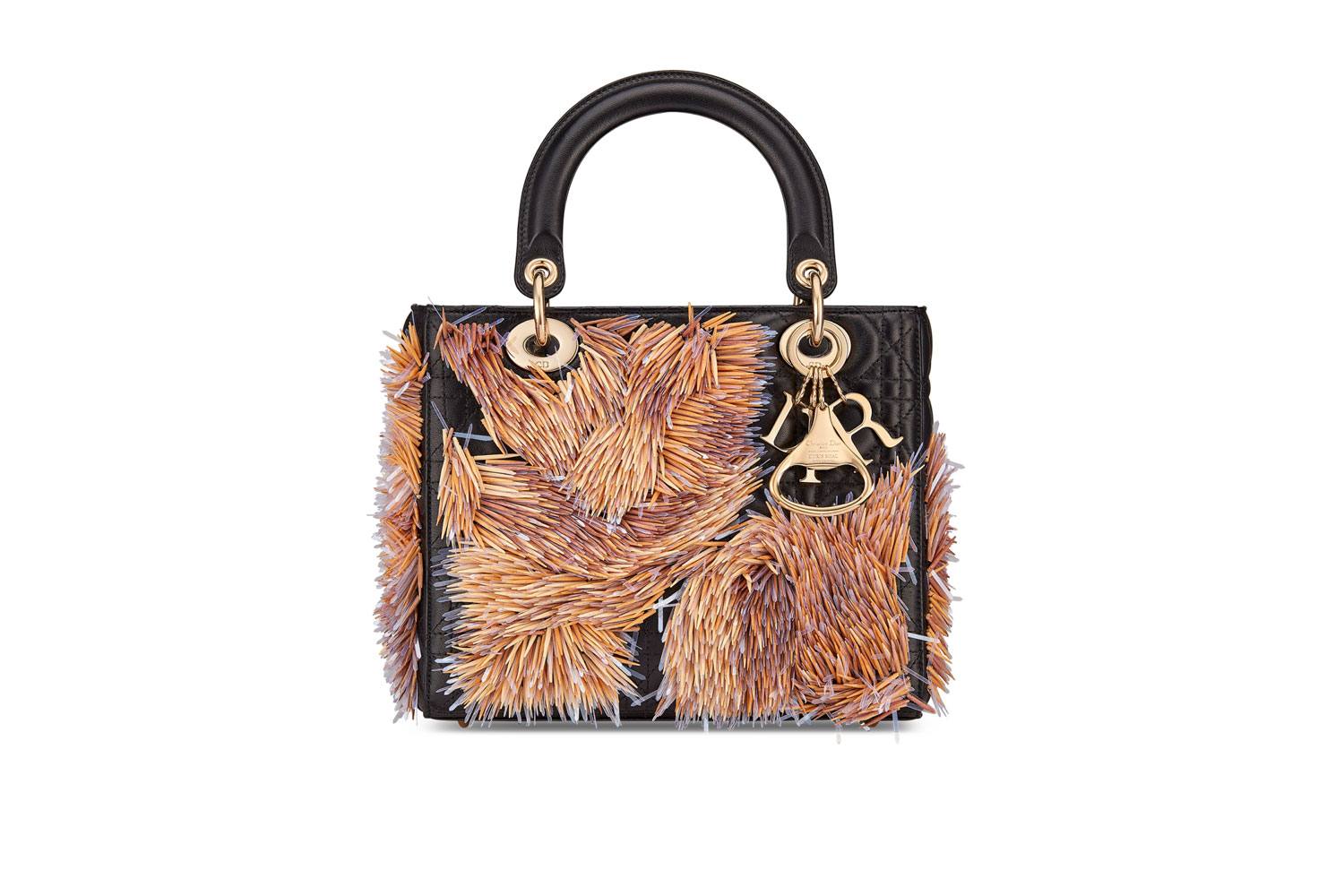 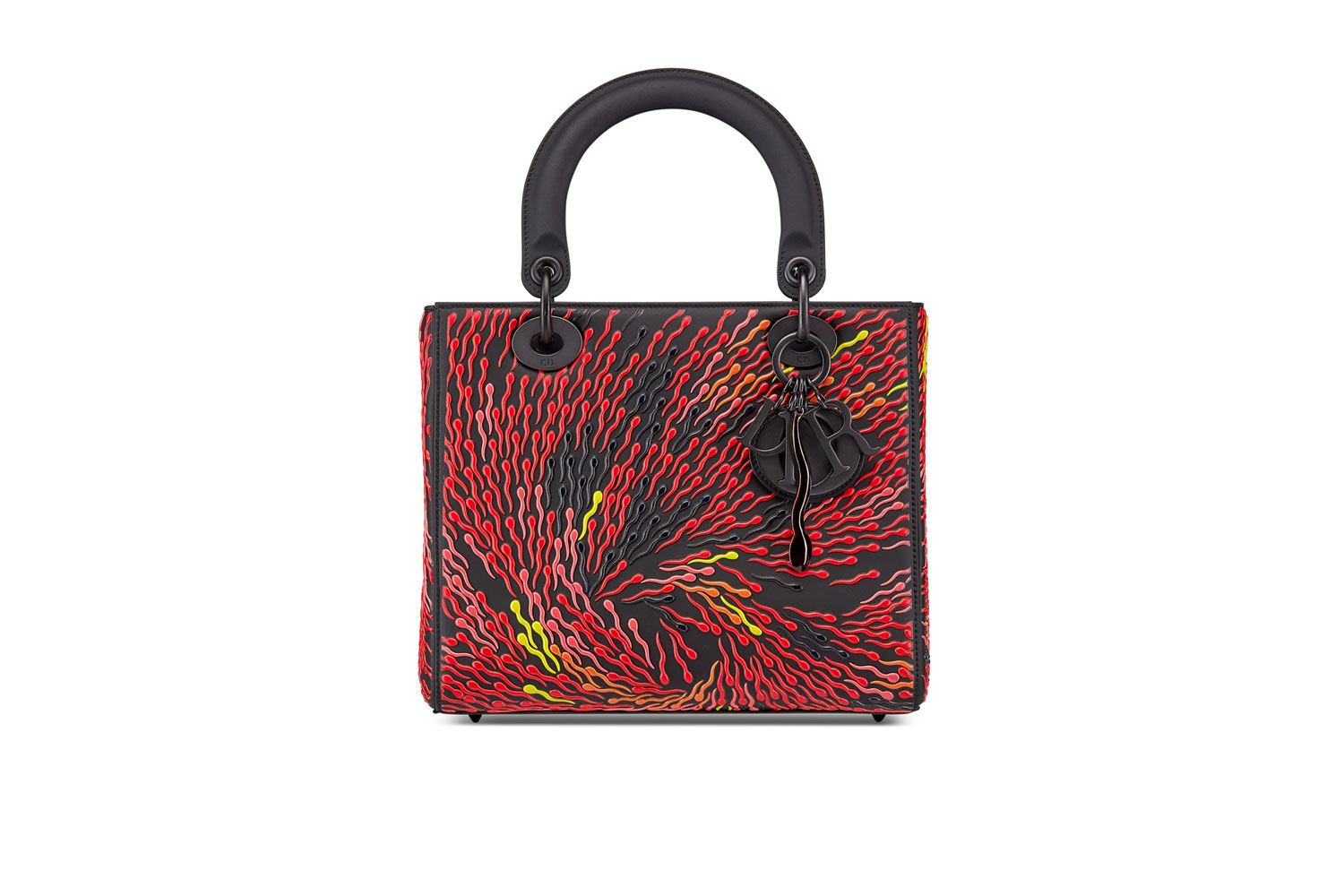